The Red Arrow is an interior renovation of the public lobby of a historical building from 1926. Its new owners pictured this lobby as a public space open to the citizens of Hongkou District. 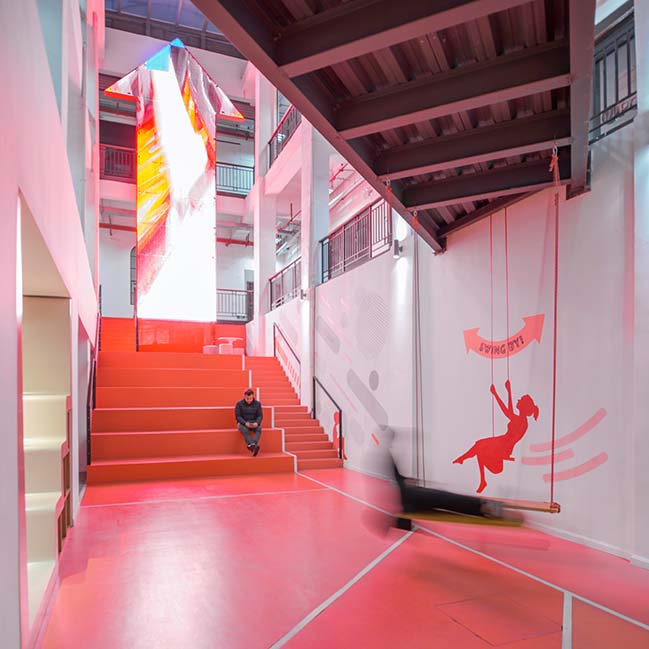 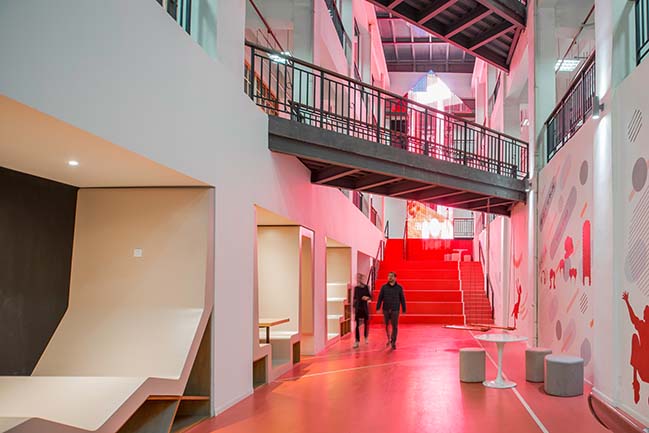 From the architect: Regency One, a successful provider of serviced offices & conference centers in Shanghai, commissioned us the lobby interior design of their newly acquired office building at the North Bund. The vision was to treat the lobby as a public space, not only for the serviced offices clients, but also to the neighbors of Hongkou. 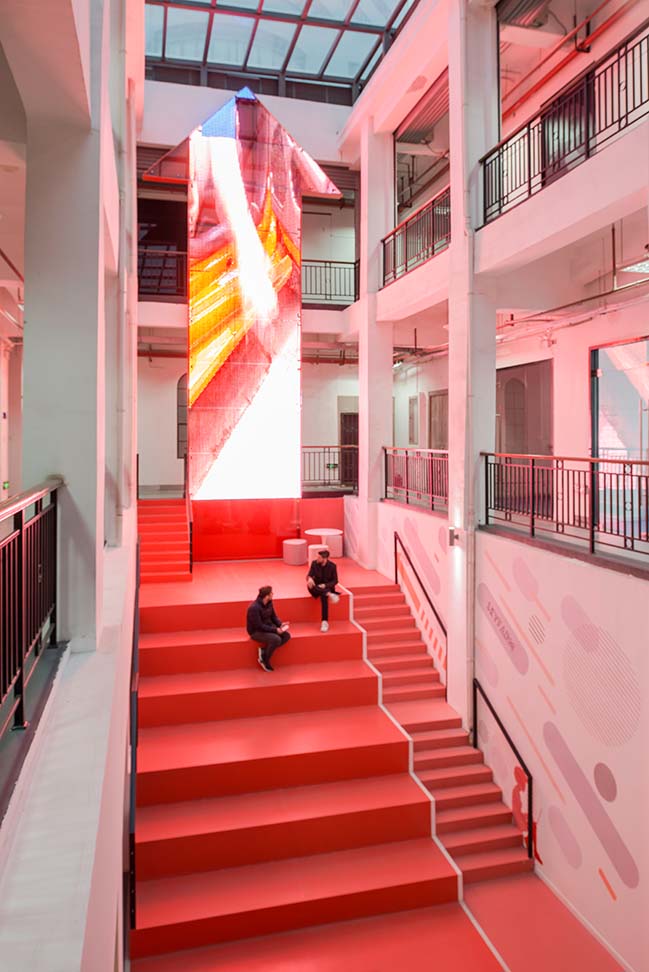 To achieve that welcoming character, the lobby was rendered as a welcoming red carpet visible from the street, an eye-catching runway leading to an amphitheater that serves as both, as accessing staircase to the 2nd floor and as amphitheater for events and social meeting point, topping off with a vertical LED screen shaped as an arrow pointing up in allegory to overcoming & improvement, effort & success and professional realization. It is all an arrow that invites you in, inspires you and expels your potential to the top. 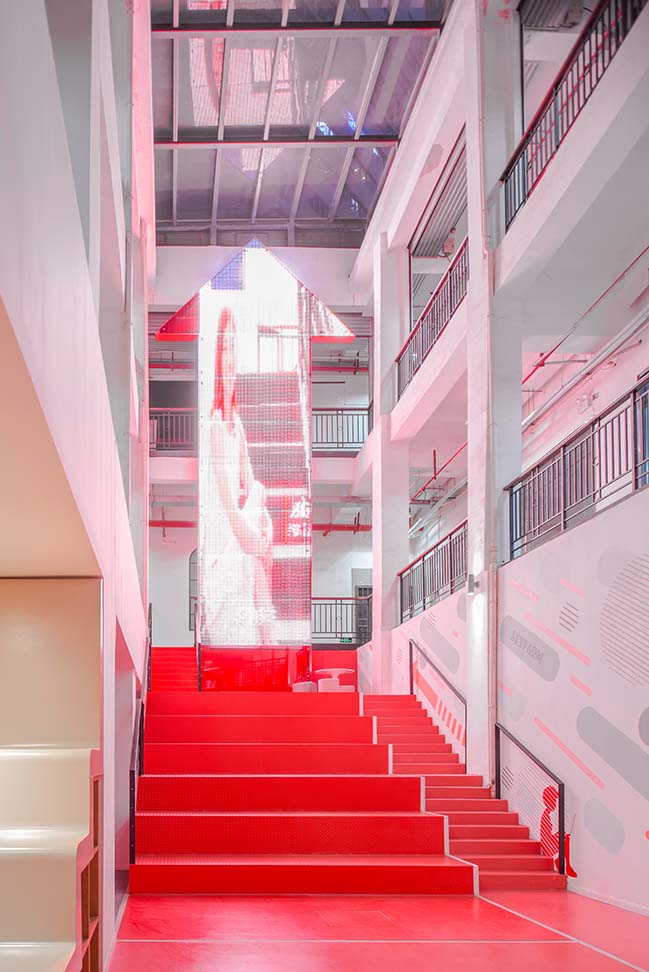 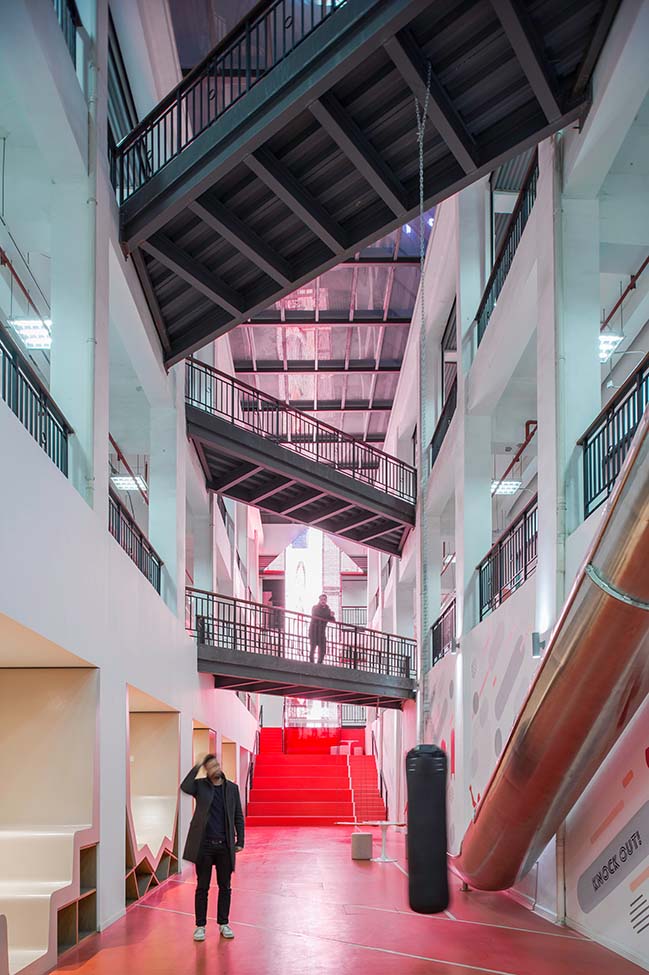 Besides the fixed furniture, there is also a set of loose furniture as flexible solution to be used according to different needs. As mentioned before, the big amphitheater serves as the main public space feature, able to hold events with the support of the arrow LED screen, and act as a gathering point. In order to maximize the functionality of the lobby space, we took advantage of the space generated underneath the amphitheater to create a meeting room available for clients. 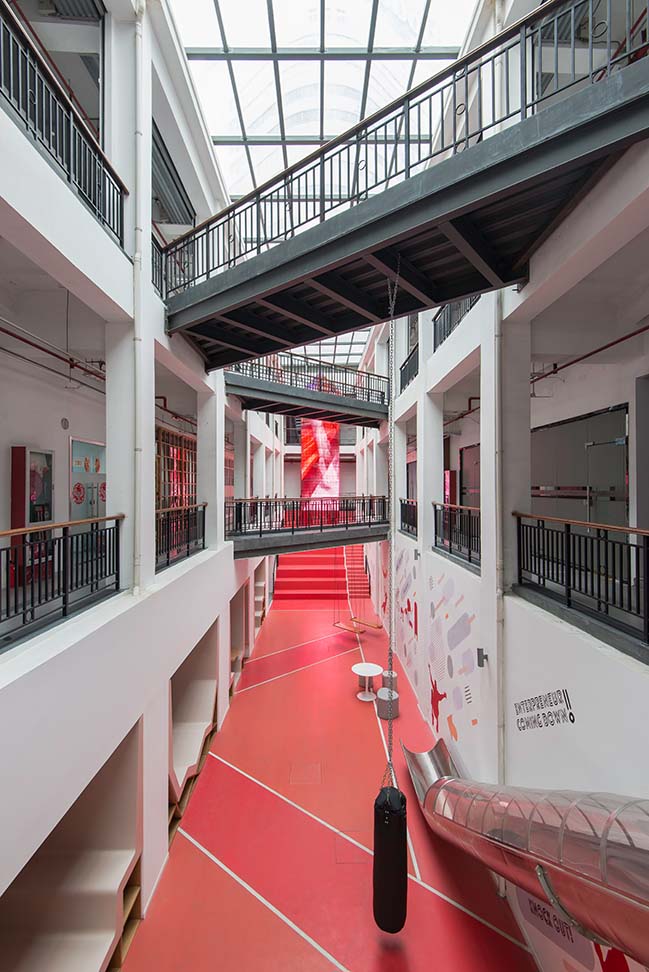 As a fun feature, a slide was added to speed up the way to get down from the 2nd floor to the lobby, keeping alive the kid inside each of us in a professional playground. Public toilets were also part of the scope, in which the monochromatic approach was taken to its limit, creating an entire blue room for men toilet, and an entire pink room for ladies toilet. 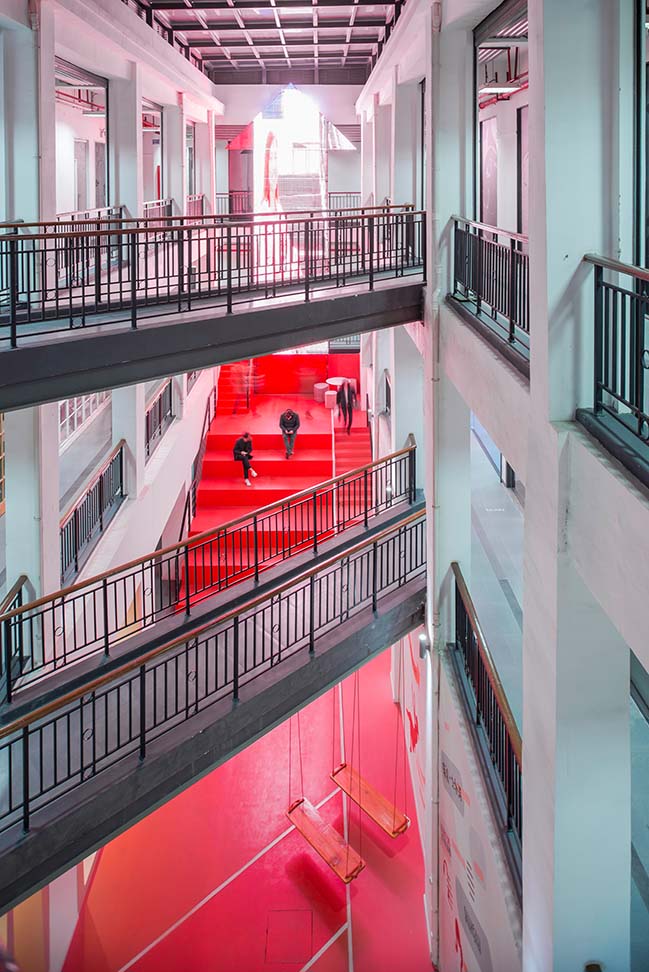 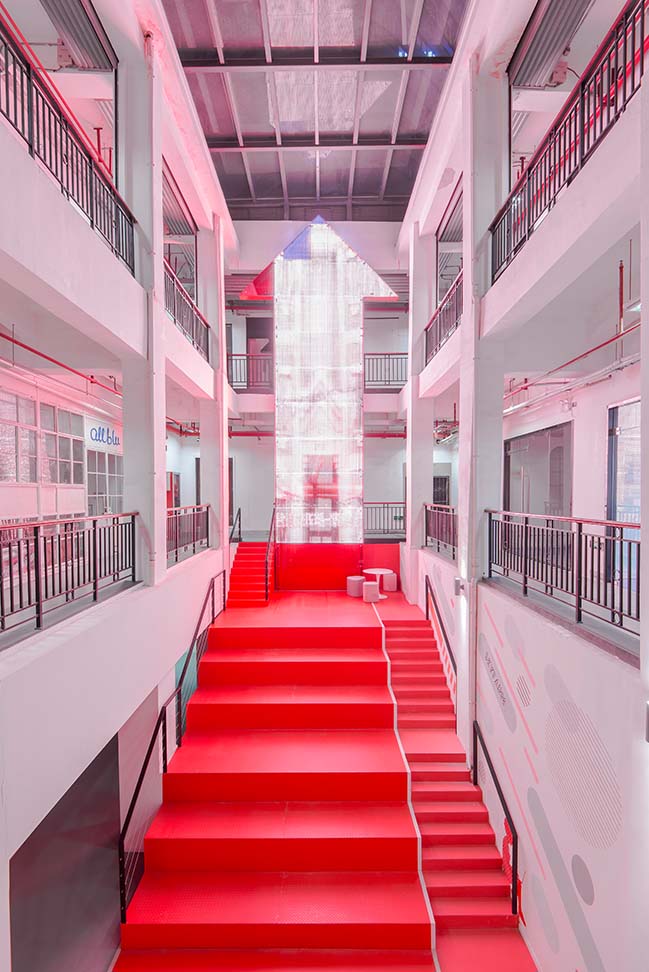 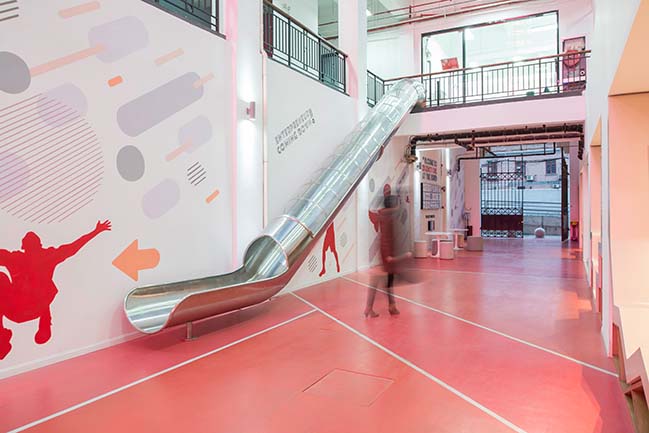 > YOU MAY ALSO LIKE: Paint Drop in Shanghai by 100architects 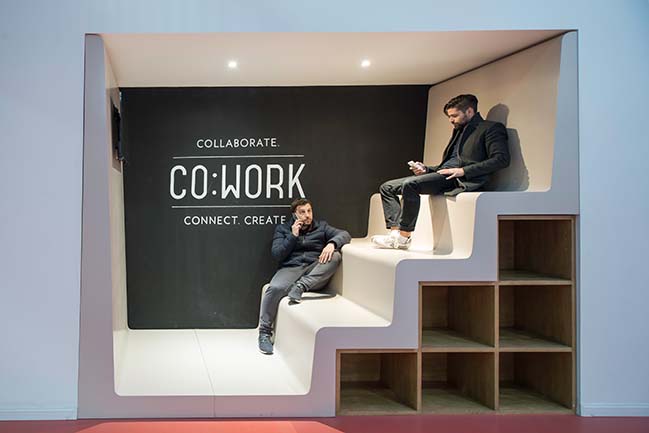 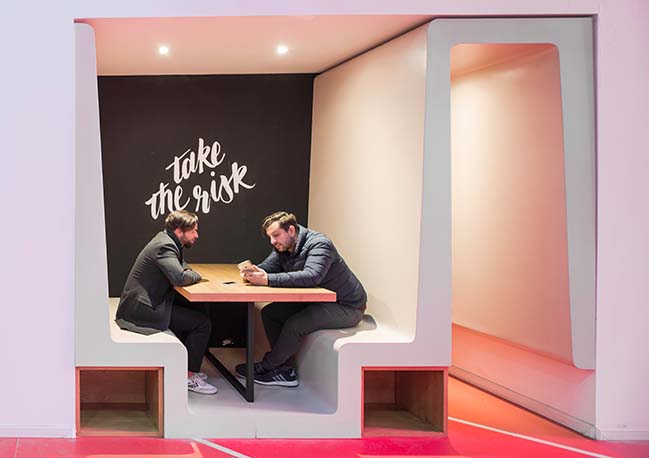 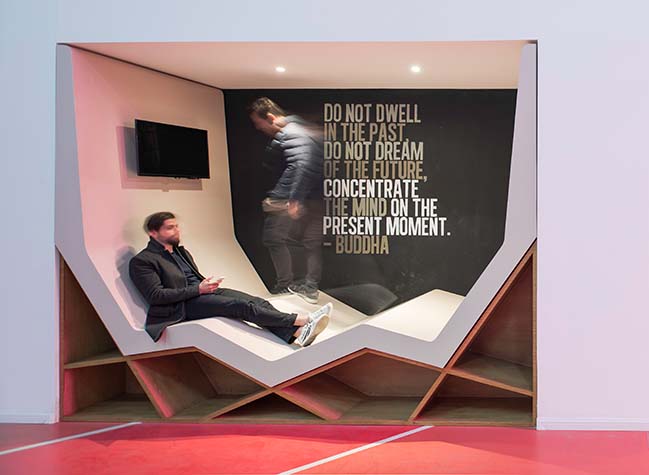 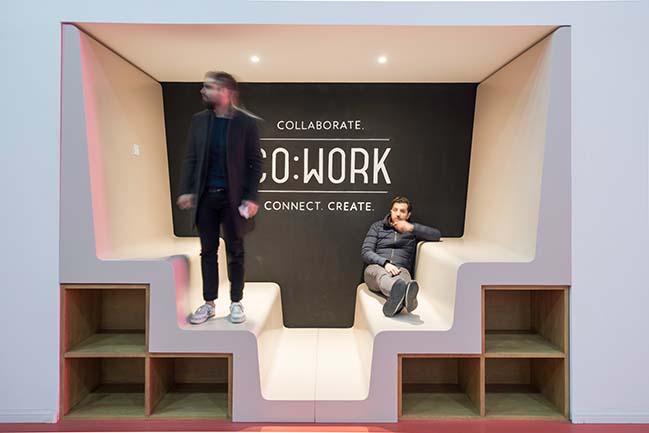 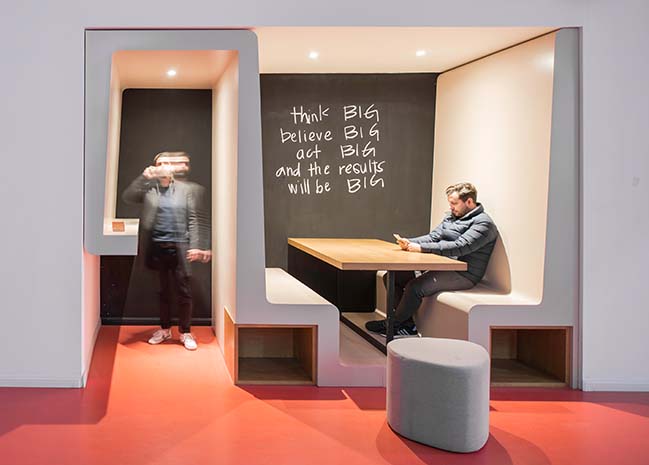 > YOU MAY ALSO LIKE: The Snow Globe in Shanghai by 100architects 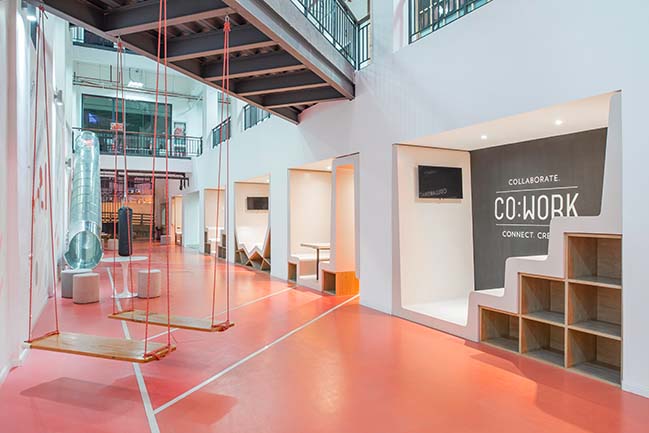 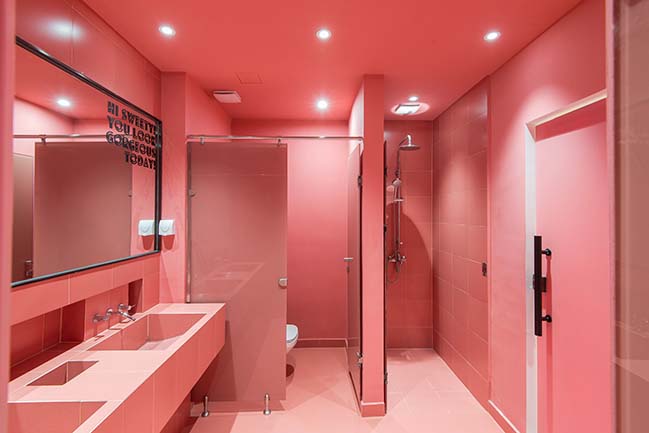 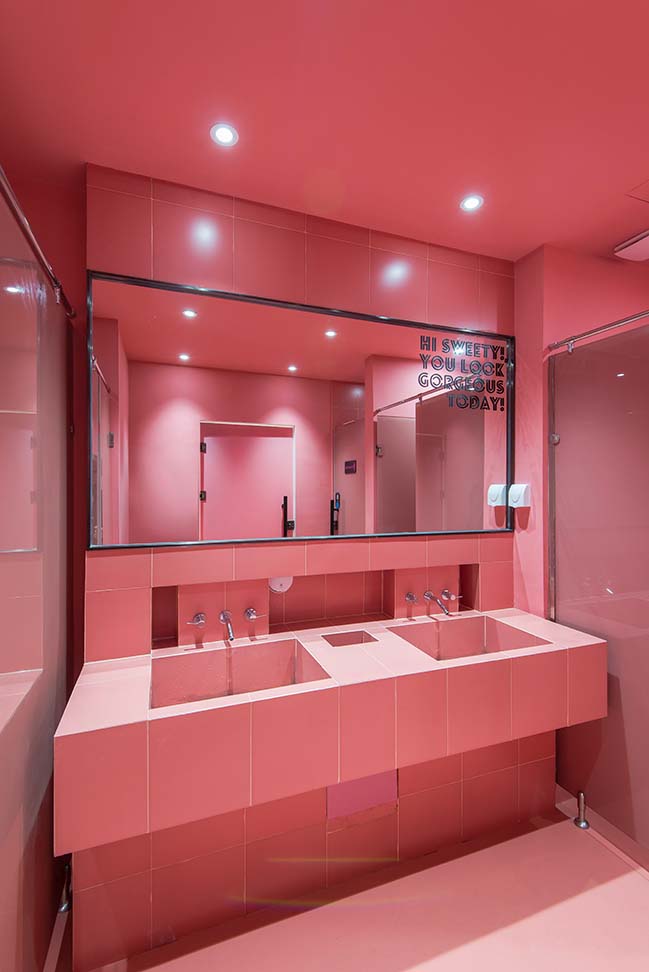 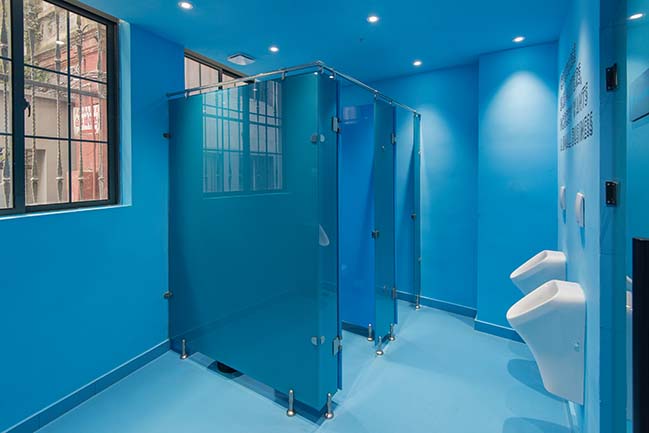 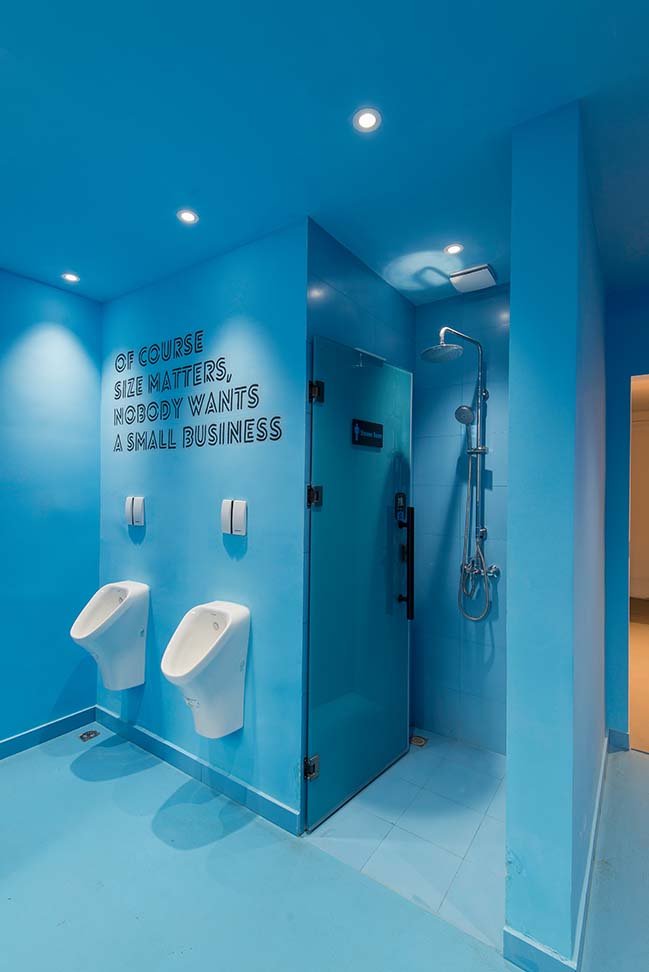 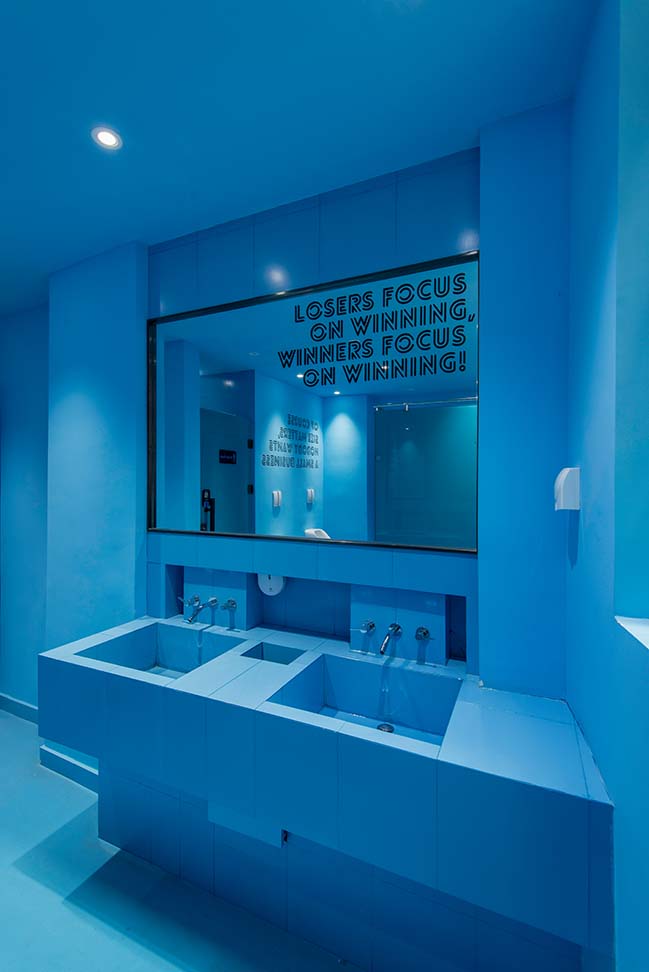 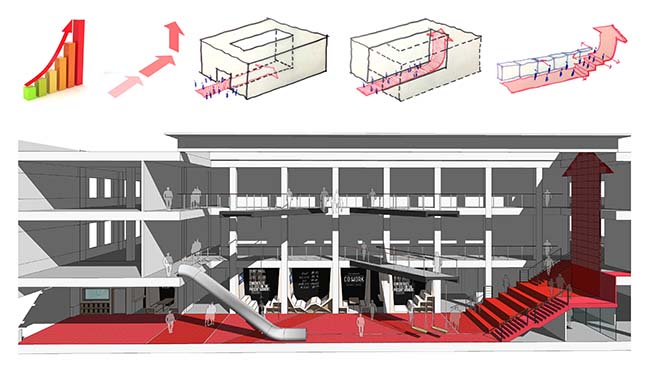 11 / 13 / 2018 The Red Arrow is an interior renovation of the public lobby of a historical building from 1926. Its new owners pictured this lobby as a public space open to the citizens of Hongkou 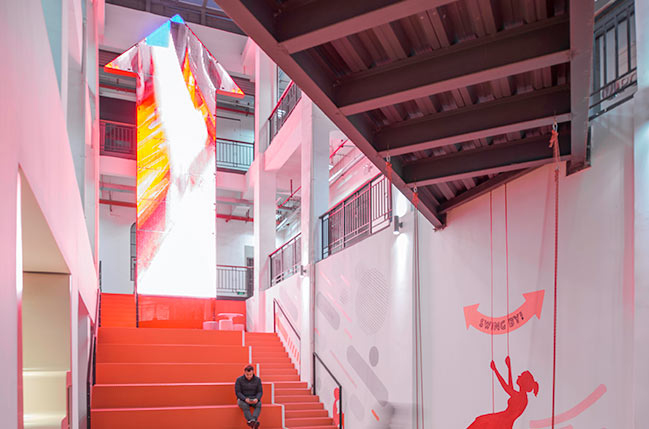