Harbin Opera House was designed by MAD Architects that has an architecture seamlessly blends with surrounding landscape to create a dramatic cultural center of the future which represents the integration of human, art and the city identity. 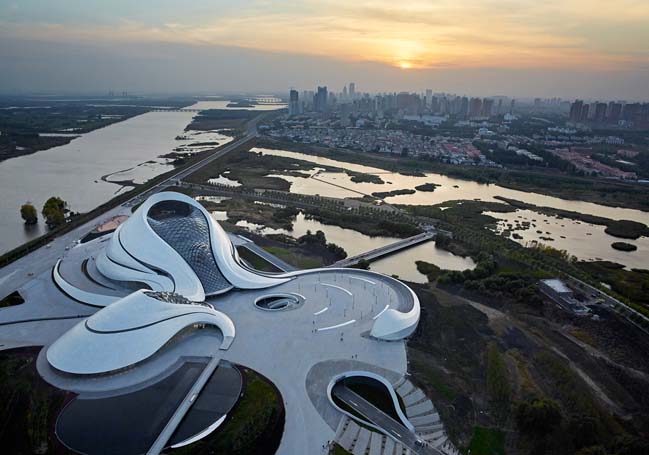 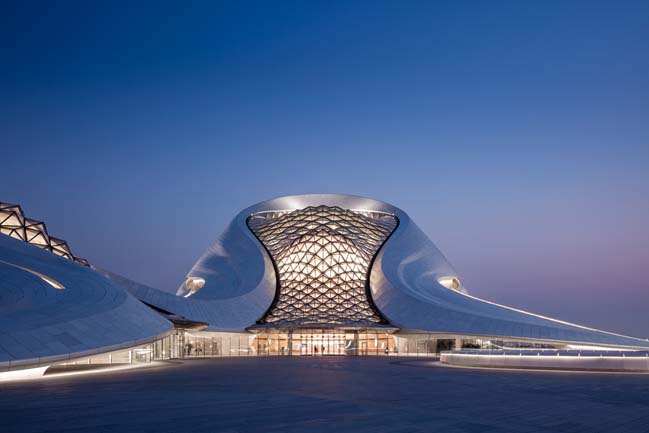 Project's description: On the exterior, the architecture references the sinuous landscape of the surrounding area. The resulting curvilinear façade composed of smooth white aluminum panels becomes the poetry of edge and surface, softness and sharpness.  The journey begins upon crossing the bridge onto Harbin Cultural Island, where the undulating architectural mass wraps a large public plaza, and during winter months, melts into the snowy winter environment. 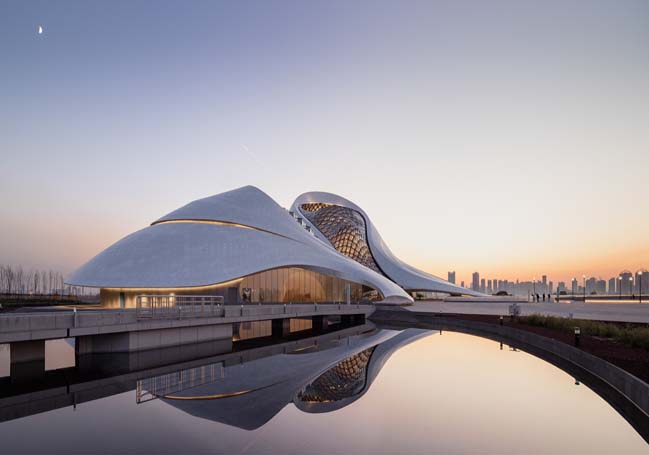 The architectural procession choreographs a conceptual narrative, one that transforms visitors into performers. Upon entering the grand lobby, visitors will see large transparent glass walls spanning the grand lobby, visually connecting the curvilinear interior with the swooping façade and exterior plaza. Soaring above, a crystalline glass curtain wall soars over the grand lobby space with the support of a lightweight diagrid structure. Comprised of glass pyramids, the surface alternates between smooth and faceted, referencing the billowing snow and ice of the frigid climate. Visitors are greeted with the simple opulence of natural light and material sensation—all before taking their seat.

Presenting a warm and inviting element, the grand theater is clad in rich wood, emulating a wooden block that has been gently eroded away. Sculpted from Manchurian Ash, the wooden walls gently wrap around the main stage and theater seating. From the proscenium to the mezzanine balcony the grand theater’s use of simple materials and spatial configuration provides world-class acoustics. The grand theater is illuminated in part by a subtle skylight that connects the audience to the exterior and the passing of time. 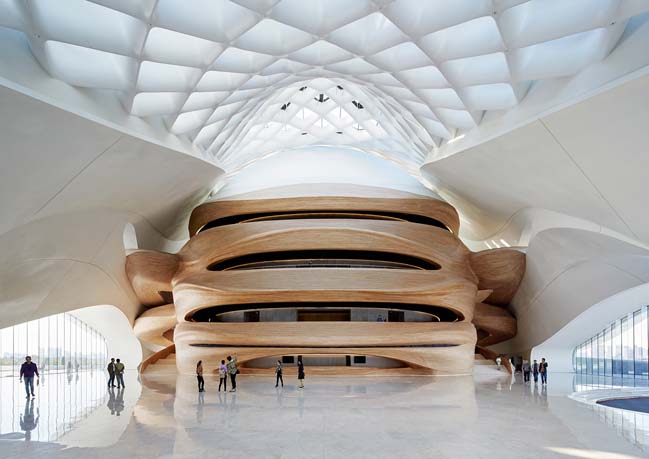 Within the second, smaller theater, the interior is connected seamlessly to the exterior by the large, panoramic window behind the performance stage. This wall of sound-proof glass provides a naturally scenic backdrop for performances and activates the stage as an extension of the outdoor environment, inspiring production opportunities. 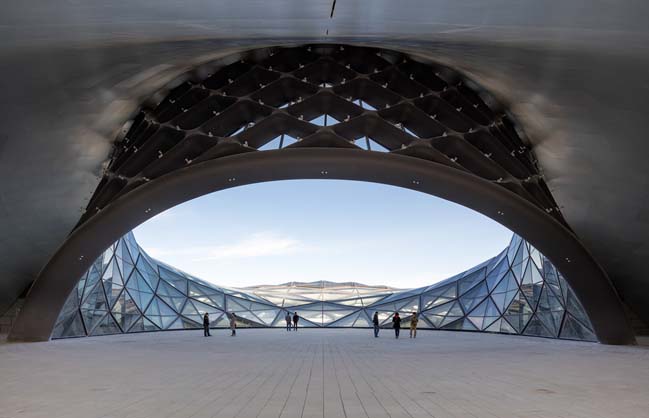 Harbin Opera House emphasizes public interaction and participation with the building. Both ticketholders and the general public alike can explore the façade’s carved paths and ascend the building as if traversing local topography. At the apex, visitors discover an open, exterior performance space that serves as an observation platform for visitors to survey the panoramic views of Harbin’s metropolitan skyline and the surrounding wetlands below. Upon descent, visitors return to the expansive public plaza, and are invited to explore the grand lobby space.

Surpassing the complex opera house typology, MAD articulates an architecture inspired by nature and saturated in local identity, culture and art. As the Harbin Opera House deepens the emotional connection of the public with the environment, the architecture is consequently theatrical in both its performance of narrative spaces and its context within the landscape. 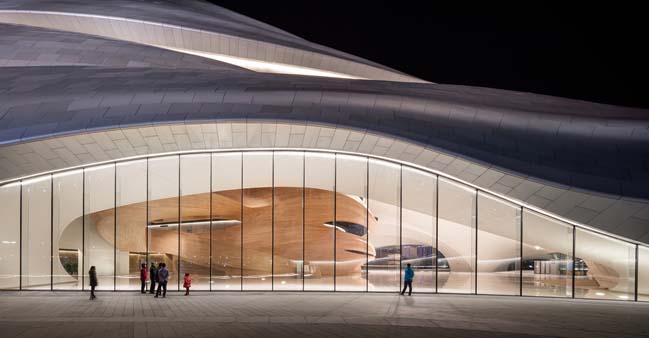 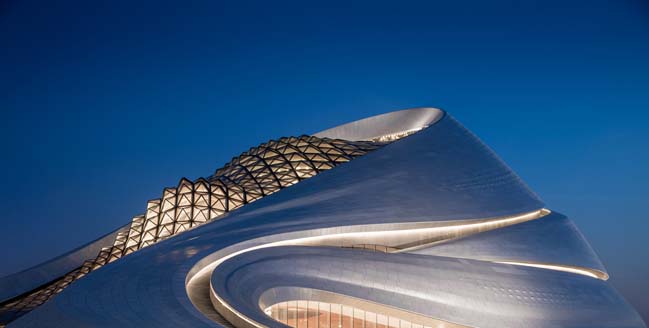 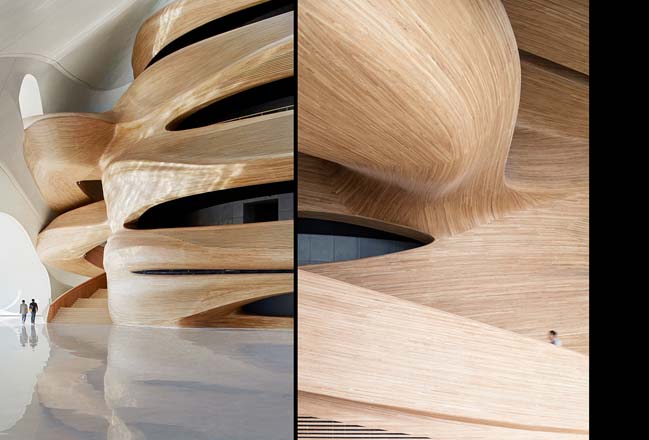 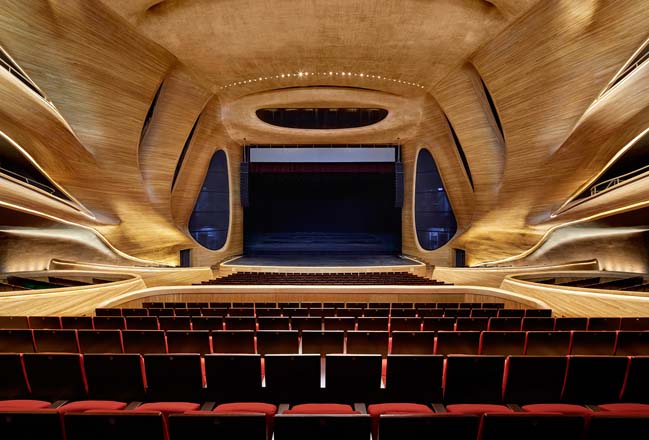 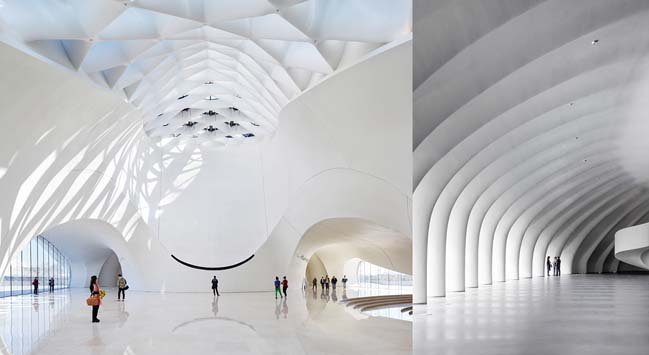 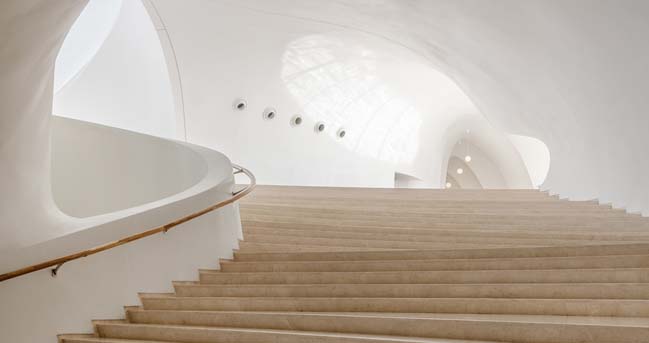 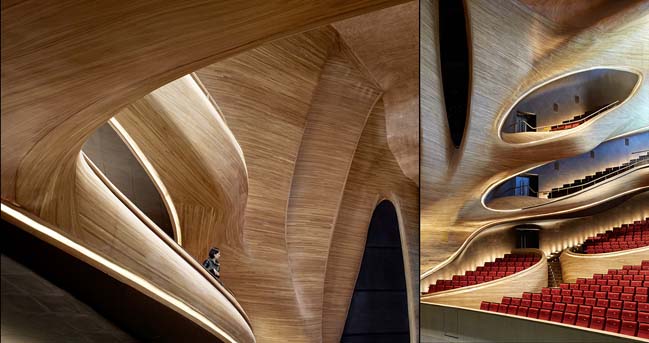 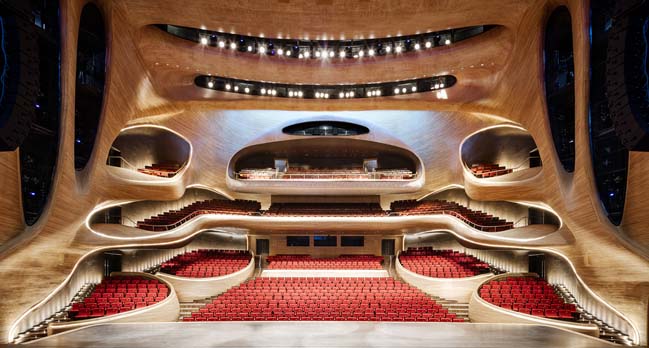 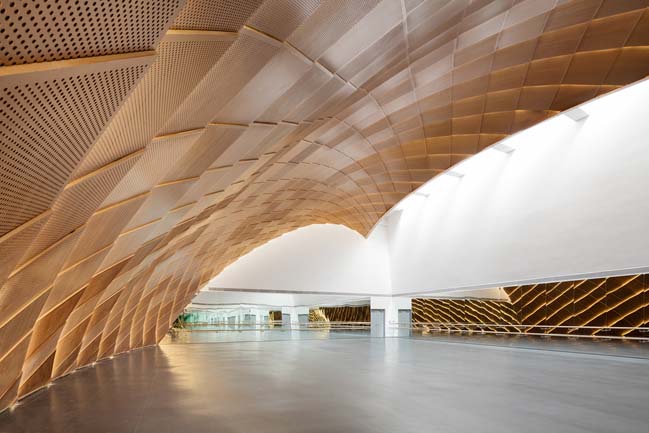 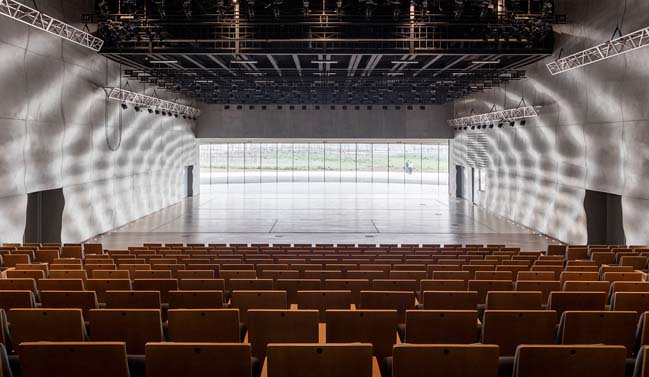 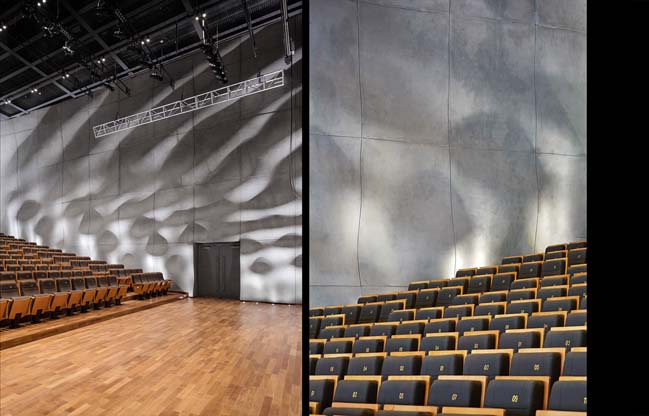