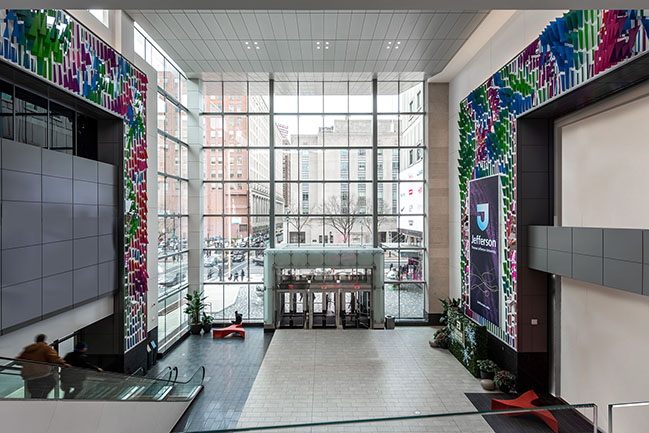 Drawing inspiration from iridescence found in nature and the multicolored roof tiles of Antoni Gaudi’s iconic Casa Batlló, SOFTlab has covered 1,600-square-feet of interior wall surface with 1,720 uniquely shaped and bent metal fins, which are powder-coated in eight different colors and partially mirrored. Seen together, the prismatic fins simulate iridescence by reflecting the light that streams through the building’s glass facade, as well as the movement of visitors through and around the communal space. 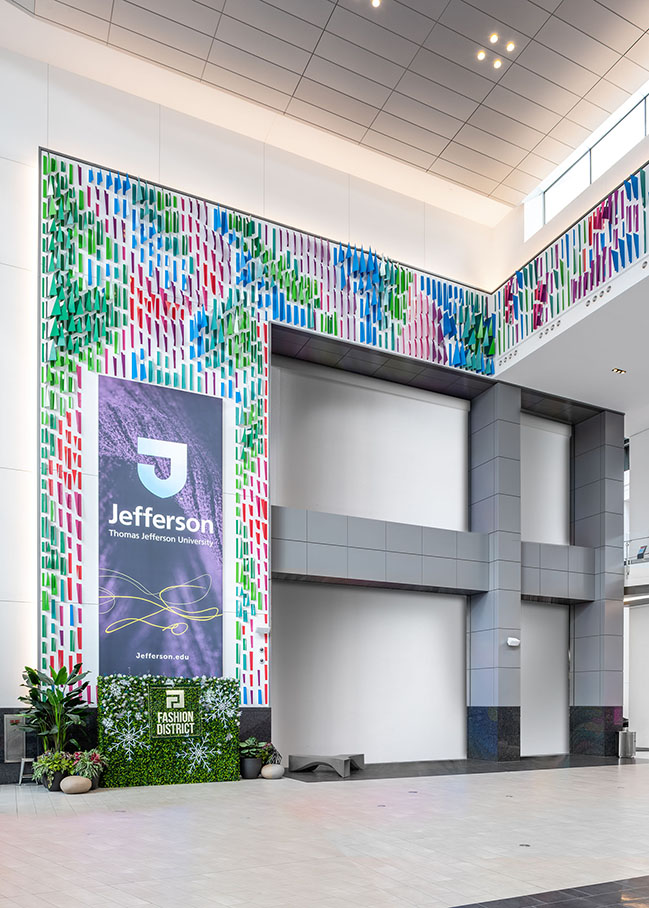 Sequin ​ capitalizes on the entrance’s strongest feature: motion. The space is defined by vertical pedestrian movement inside through escalators, as well as pedestrian and vehicular movement outside the building, which can be seen through the glass facade.​ ​ The installation’s arrangement of colorful metal fins, which span the full height of the interior walls, both reflect and accent this dynamic sense of motion. “The goal was to take advantage of the changing vantage points both inside and outside of the glass cube to produce a large scale surface that changes color and reflectivity as you move around it,” says SOFTlab founder and principal Michael Szivos. 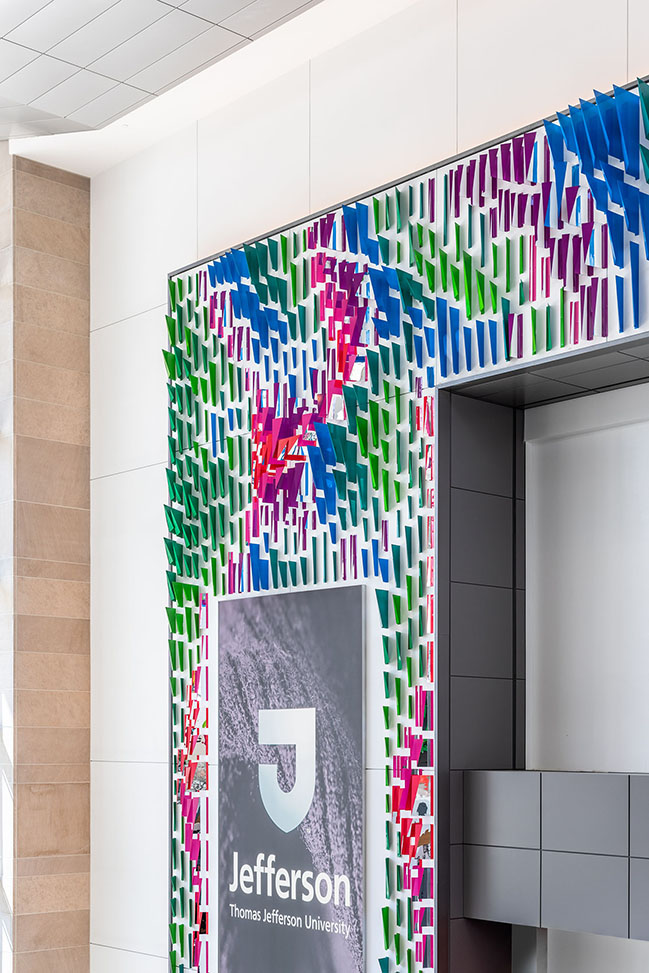 The shimmering effects of the installation’s fins were inspired in part by iridescence found in animals and insects. ​Shifts in color ​seen in ​peacock feathers, fish and reptile scales, butterfly wings, and the shells of stag beetles are achieved through overlapping surfaces that reflect and modulate different spectrums of light, similar to how ​Sequin ​ operates. SOFTlab also looked to architectural precedents exploring subtle modulations of color, such as​ Antoni Gaudi’s Casa Batlló. 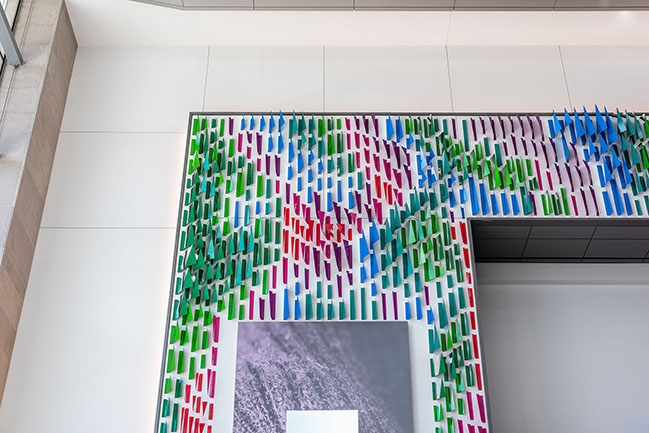 “While iridescence is achieved in nature through microscopic differences in layered material, we are trying to achieve a modern version of the roof tiles in Antoni Gaudi’s Casa Batlló, where he achieves an iridescent quality through coloration which is activated by how the sunlight hits the curved roof,” says Szivos. 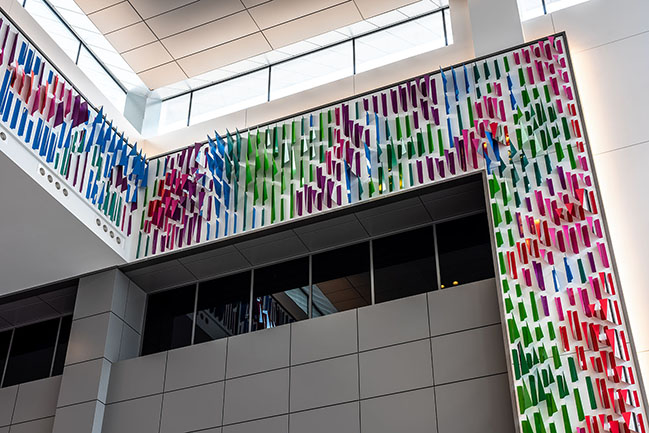 Mirrors laminated to a portion of the fins reflect the color on the backside of each neighboring fin, further fusing ​Sequin ​ ’s vibrant palette with the surrounding environment. The mirrored surfaces are also bent at varying angles, augmenting how light, color, and movement are reflected through the space. “In our case, we are using precisely cut aluminum fins to produce a lenticular effect along with a defined color range. Much like the scales of a fish, neighboring fins become more visible as you begin to move past them,” says Szivos. 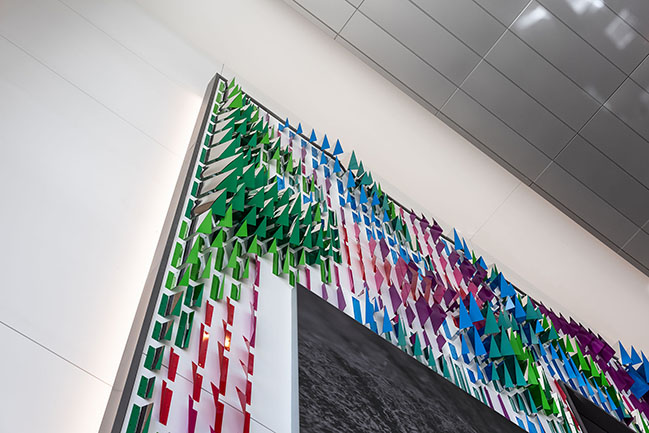 Taken as a whole, the fins themselves create an​ irregular pattern of color and form across the atrium’s walls, giving the appearance of overarching shifts in coloration across the entire space. Finally, ​the front and backside of the fins each have a unique spectrum of color, giving visitors a different experience as they enter and exit the atrium. 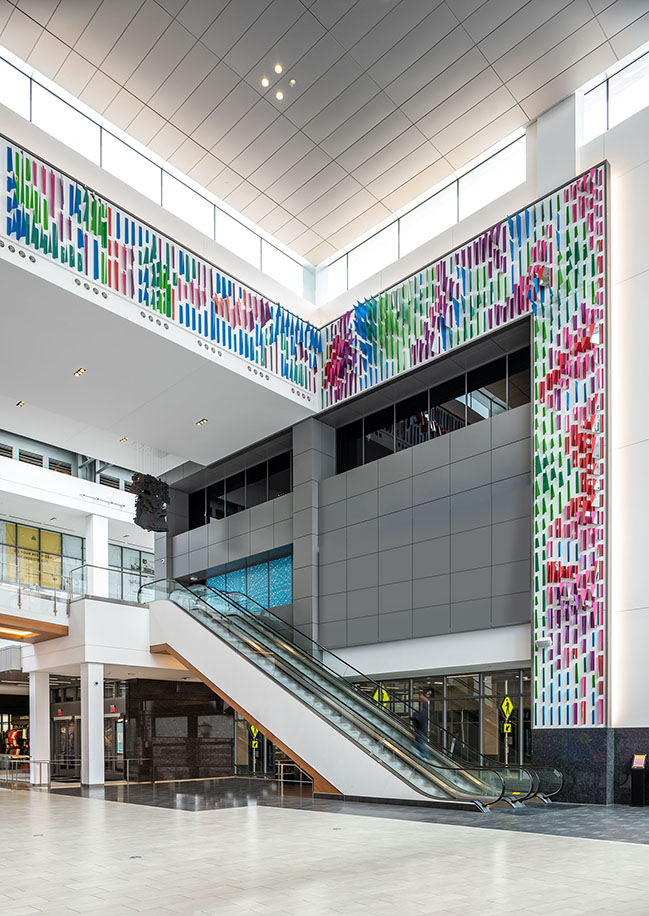 YOU MAY ALSO LIKE:
> Spectral Grove by SOFTlab
> Mirror Mirror - an Interactive Public Artwork by SOFTlab 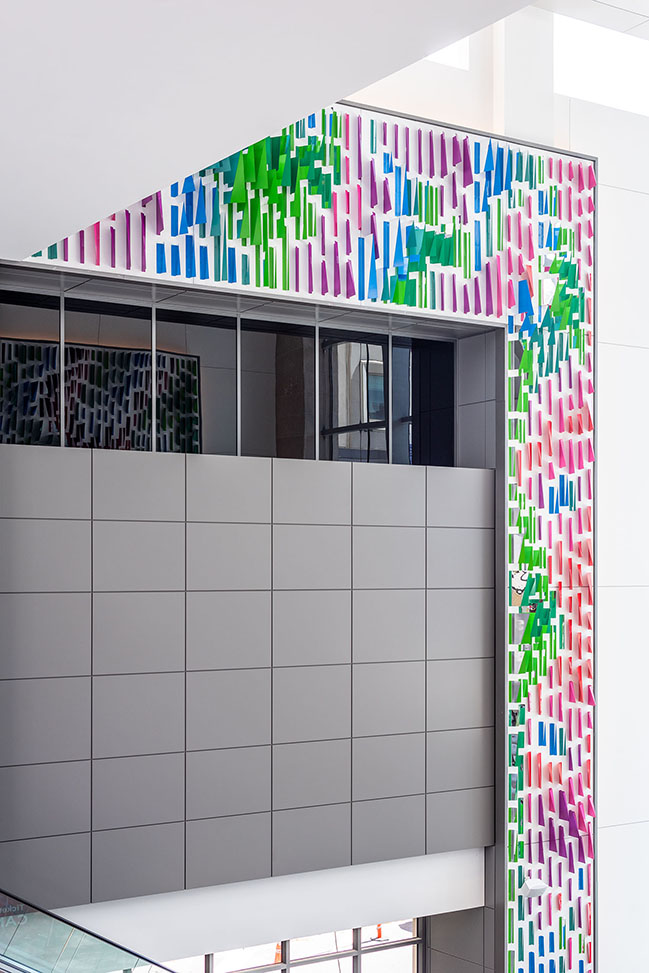 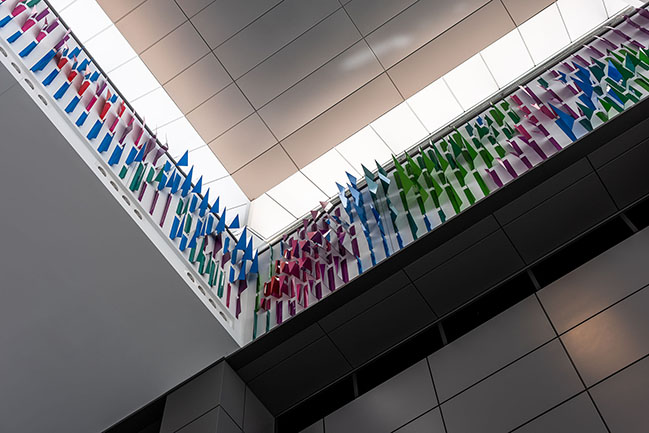 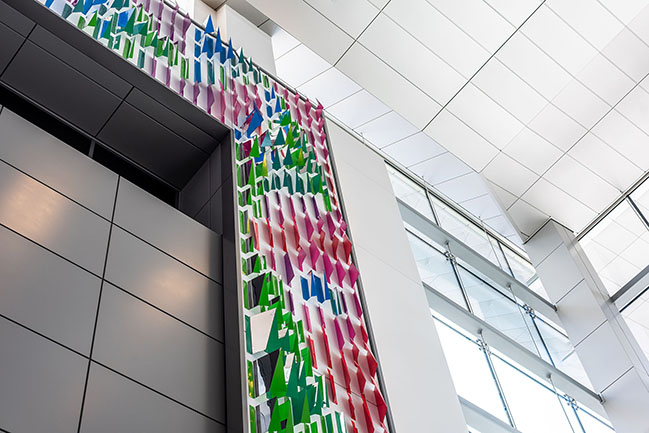 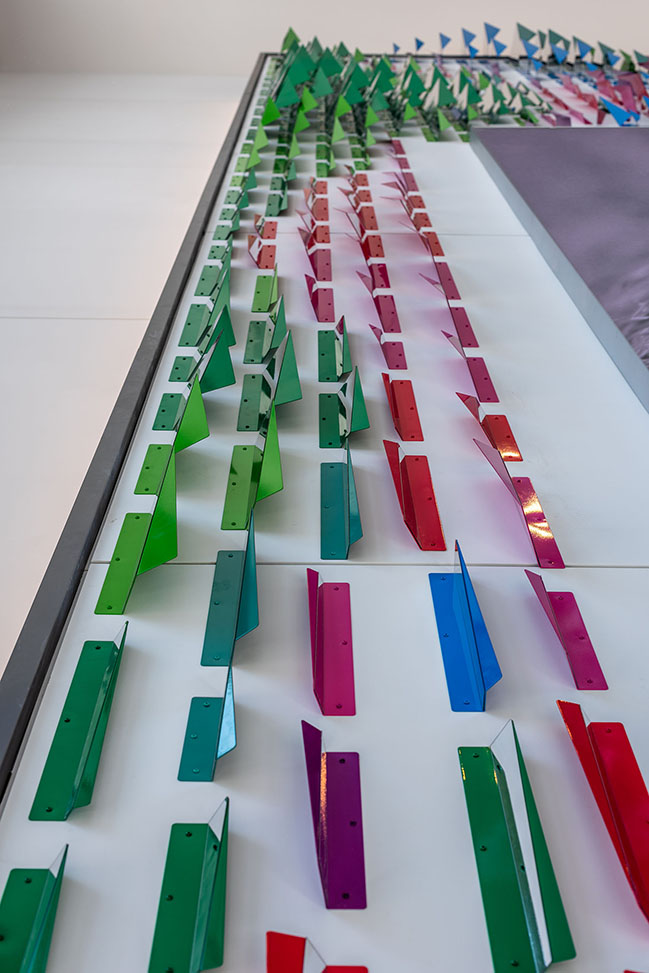 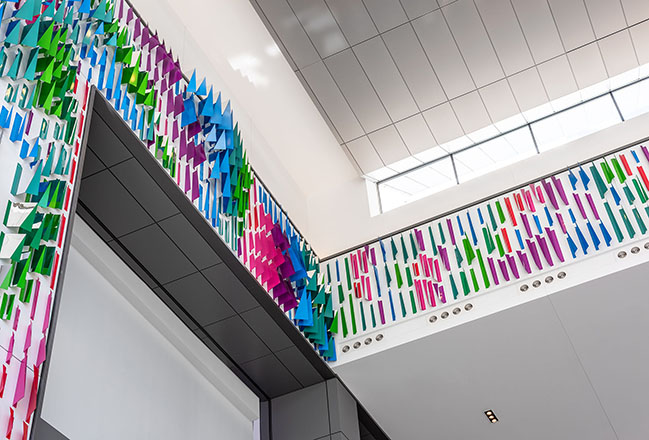 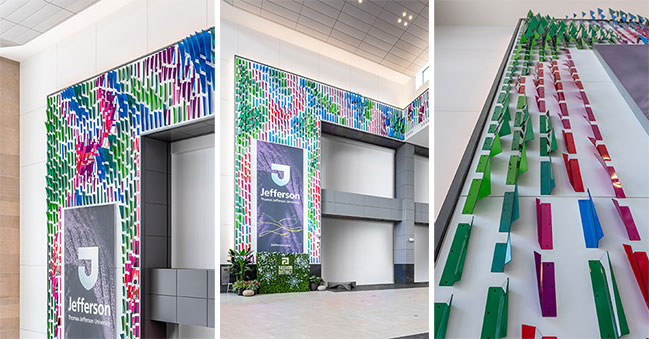