Tango Triangle in Shanghai by 100architects

The Triangle Tango is a public space intervention designed by 100architects to foster interactions, attract customers and enhance the experience in the privately-owned public space within an open-air Retail Street. 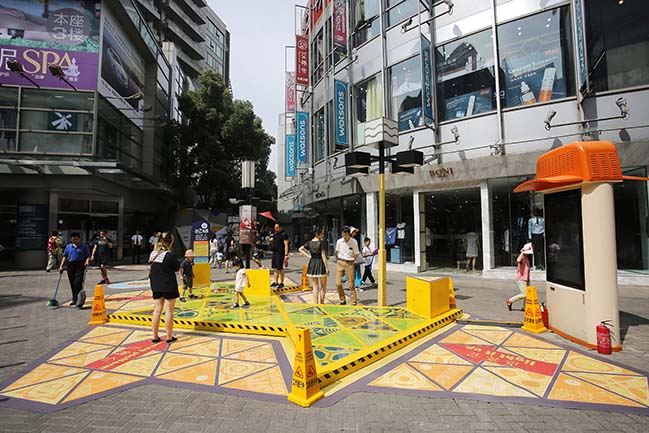 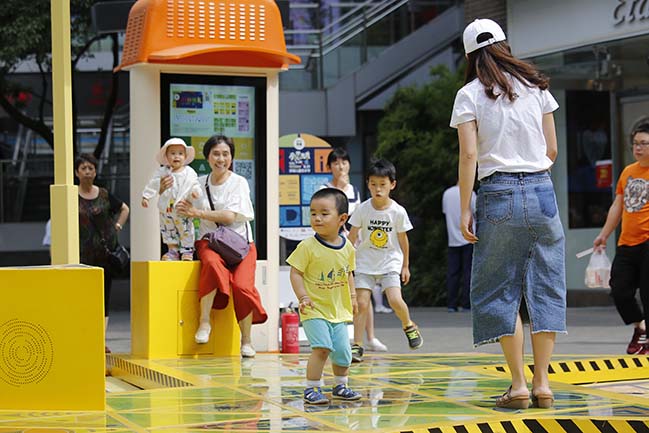 From the architect: Life Hub @ Daning, a 250,000 sqm mixed use development with 110,000 sqm shopping mall, is one of the hottest shopping centers in Shanghai, due to its condition of open-air retail street. 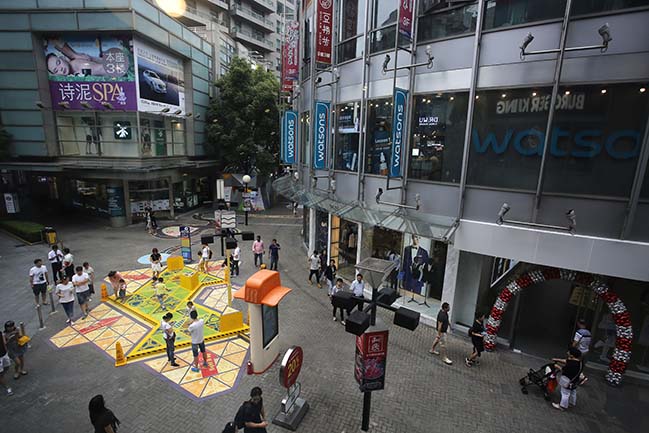 From the very beginning the marketing team of Life Hub @ Daning insisted on creating something INTERACTIVE. Something unexpected beyond any typical decorative installation, that would attract kids and adults alike to come and use it, rather than pass by and observe it. An intervention that, by itself, would turn a circulation area into a “SPACE” to stop and stay, where their customers could bring their kids and families and spend some quality time interacting with other kids and families. 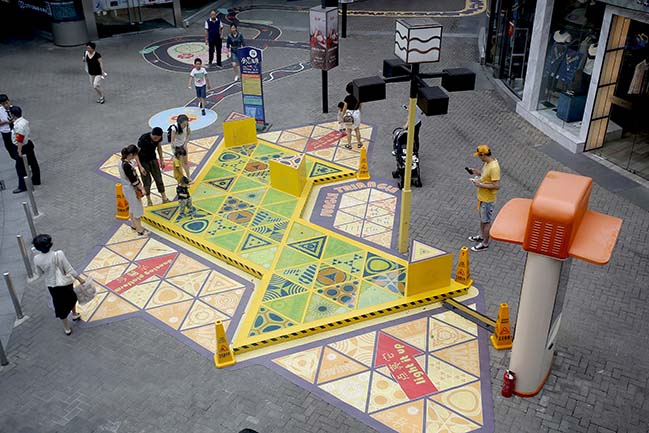 The proposal could not block the visibility of storefronts around it, therefore our approach was to embed an interactive activity at the floor level. That decision led us to an installation where people should engage by stepping with their feet. 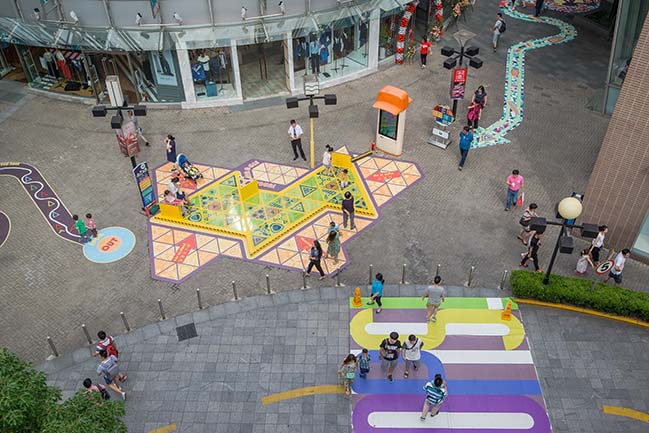 For this project we teamed up with the Shanghai-based American engineer and interactive designer Maciej Dudek, from Squiggle Labs, to generate responsive feature. 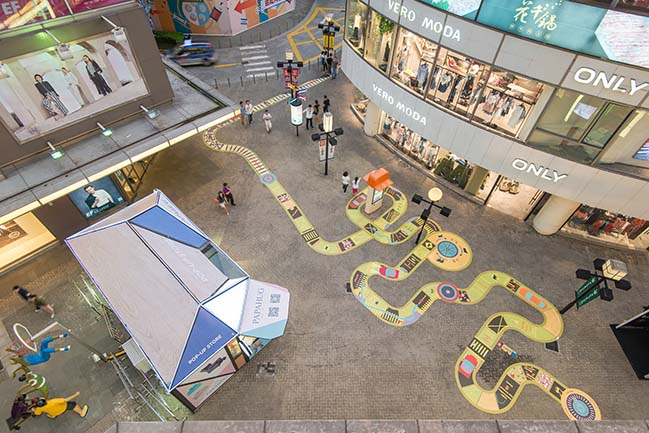 Based on new generation dancing games, we created a lighting & musical responsive platform reacting to people’s steps onto the triangular panels. Capacitive sensors placed underneath the glass would feel the electromagnetic field and trigger a light blink and a musical piano tone every time someone would step on it. 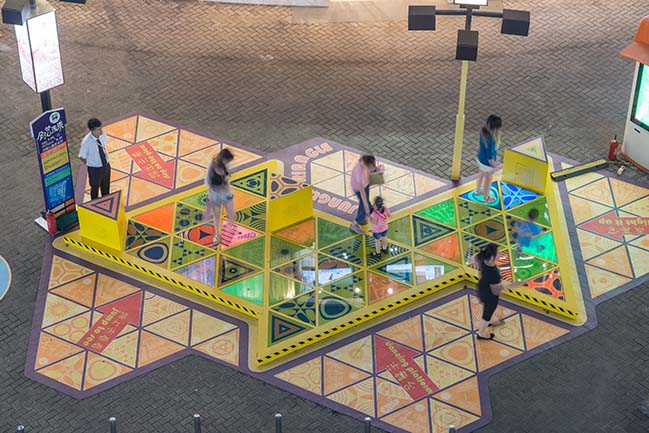 Visually designed as a fractal combination of equilateral triangles, it also counts with a graphic design based on interesting patterns within each triangle seeking for a visual impact as an attractor mode whenever nobody was stepping on it. 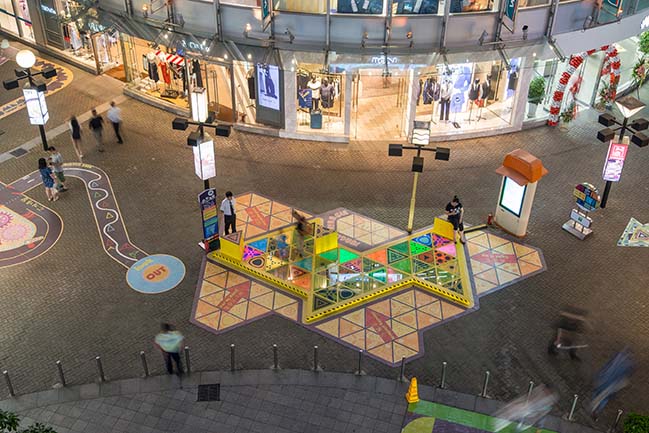 The monochromatic treatment, with shades of yellow, was extended on the floor beyond the platform to enhance his visual impact. 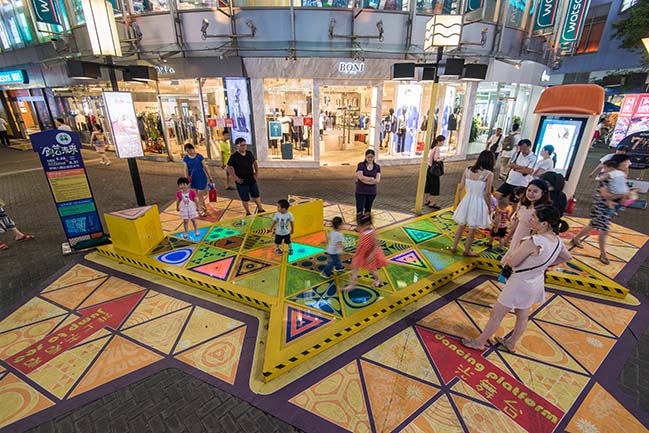 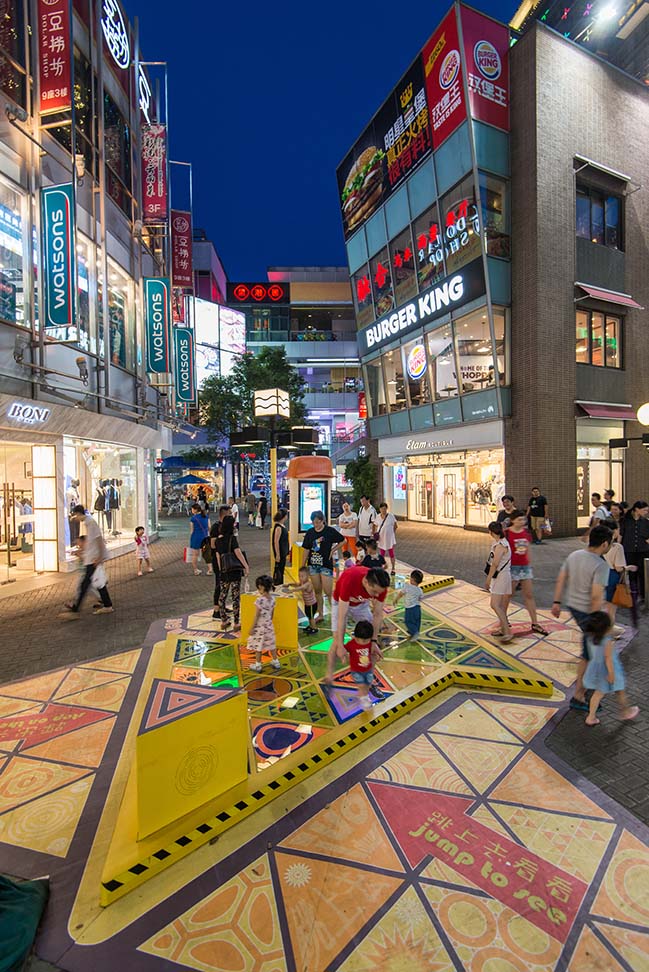 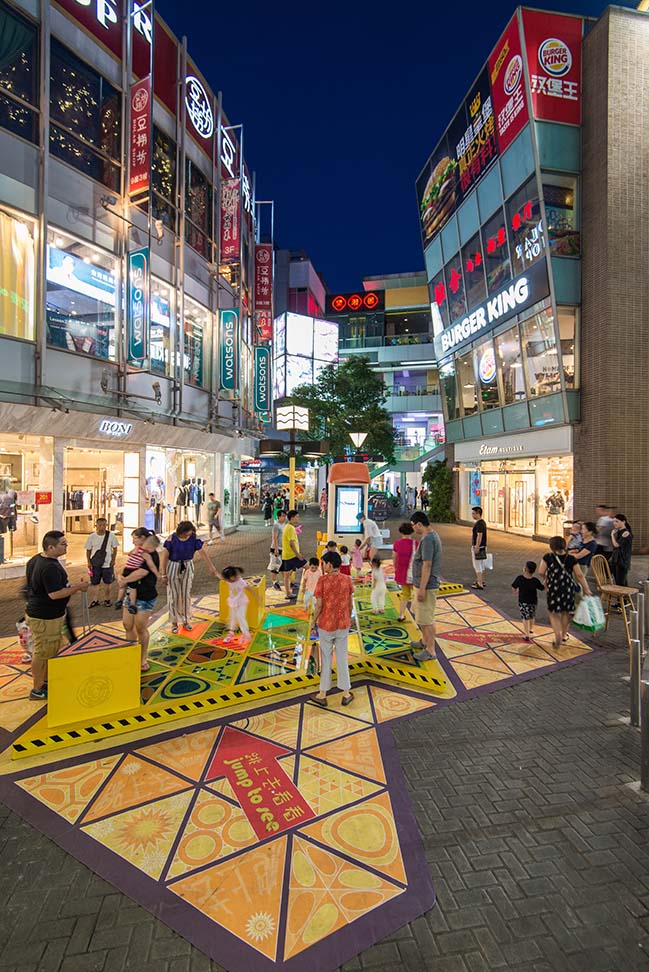 > Red Planet in Shanghai by 100architects

Tango Triangle in Shanghai by 100architects

04 / 26 / 2018 The Triangle Tango is a public space intervention designed by 100architects to foster interactions, attract customers and enhance the experience in the privately-owned...

Recommended post: Today, a house from the 1900s by Quinzii Terna Architecture