As conceiving the cheongsam workshop, ONE-CU carefully crafted the space, like making a piece of cheongsam... 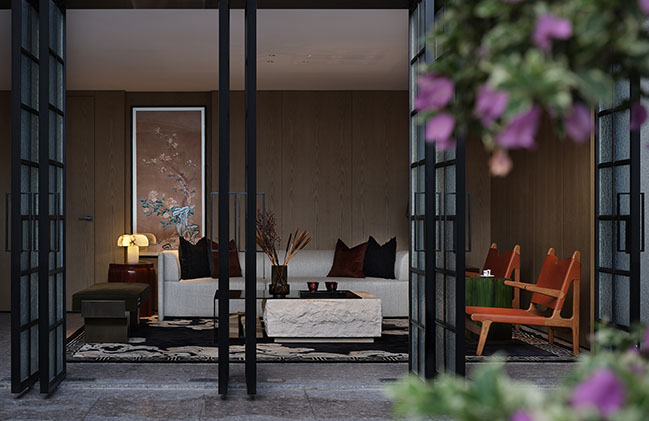 "For those who are not good at talking, clothes are like a kind of language as well as a mini drama which they take along everywhere." Eileen Chang once said.

There are plenty of descriptions about the clothes of characters in her novels, in which cheongsam appears most frequently.

In the film "In the Mood for Love", the director Wong Kar-wai used 26 pieces of cheongsam to tell and push an ambiguous romantic relationship. If there is one word that can be used to define cheongsam, it must be "ambiguous". 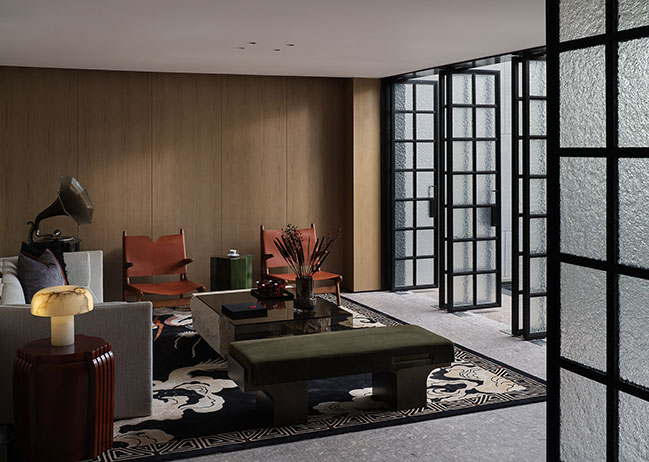 Compared with modern dress that is open and "aggressive", cheongsam is ambiguous - it has a high collar, but at the same time fits the body closely, with opening on both sides. Besides, since it was born in an era where Chinese and Western cultures blended, cheongsam features the contrast yet harmony between the explicit and implicit, lust and restraint, and symbolizes the integration of the modern and traditional, East and West. It shows a kind of conservative liberation, and has become the epitome of that era. 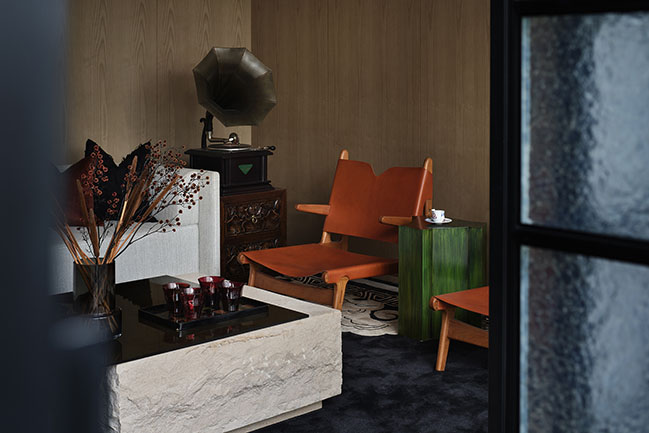 Clothing is a human language, while design is the language of space
As conceiving the cheongsam workshop, ONE-CU carefully crafted the space, like making a piece of cheongsam. 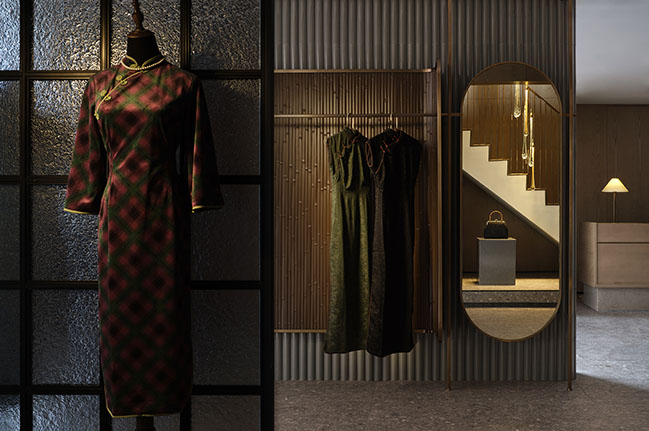 The designers broke away from the Chinese style of conventional cheongsam spaces, and tried to figure out the design scheme by looking back at the history of cheongsam. As a traditional Chinese dress for women, cheongsam was transformed in late Qing Dynasty and prevailed in the Republican Era (1912-1949), a period characterized by collision of feudal system and western ideas and integration of diverse cultures. Based on such context, ONE-CU extracted the ambiguous character of cheongsam, and applied it to the spatial design. The team intended to blur the boundaries between functional areas, so as to let materials and articles to tell the story. Moreover, they adopted design languages to incorporate the ambiguity between the implicit and explicit, contrast and harmony, tradition and modernism into the entire space. 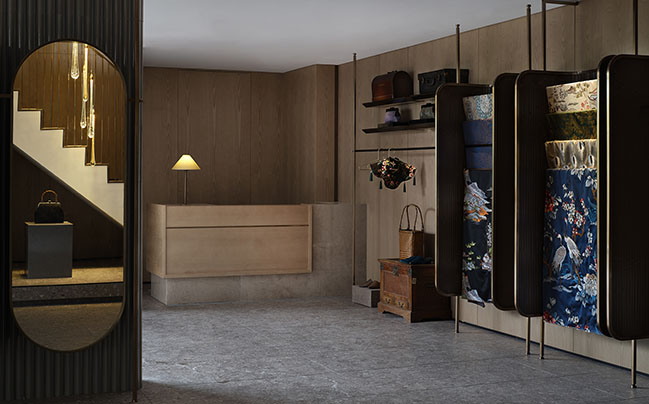 From living space to exhibition and socializing space
The original space is a three-floor villa, which is a very typical dwelling space. To respond to the client's request for a new space that integrates functions of exhibition, socializing and workspace, the designers demolished the original walls, reorganized the layout, conceived a smooth circulation, and created multi-level relationships within the space. In addition, the team endowed the upscale workshop with a sense of privacy and comfortable, luxury experiences. 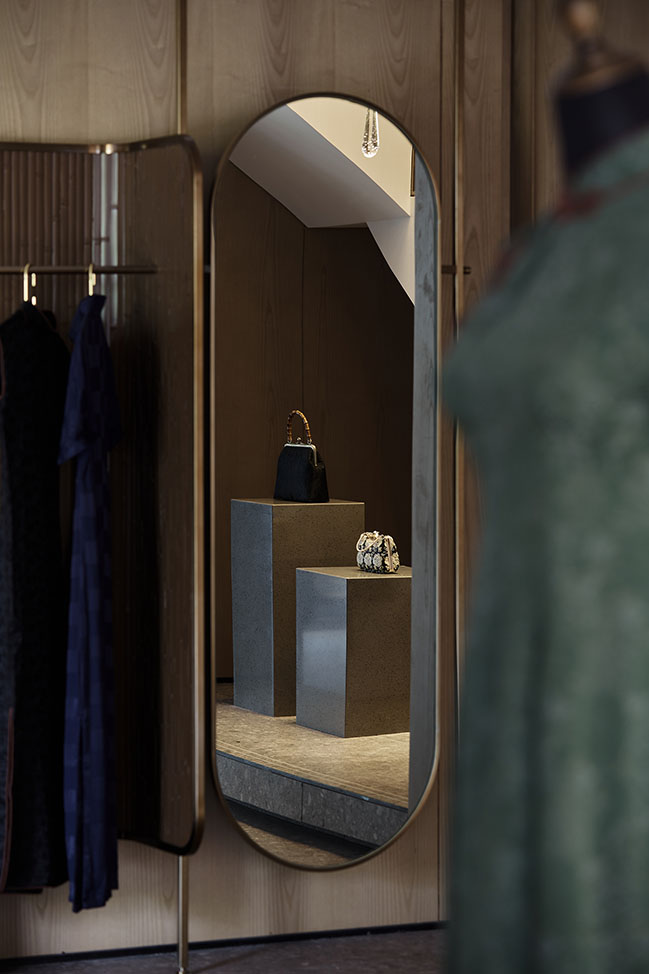 As handling the functional layout, the design team blurred the boundaries between different areas, to obtain functional ambiguity - three major functions interpenetrate each other. Furniture and cheongsam in the space are artworks, which form diverse scenes. Those scenes link up different functional spaces, attracting visitors to stop and encounter the unexpected.

The designers created varying yet interconnected interaction and experience within the space. Such spatial relationship results in ambiguous boundaries. 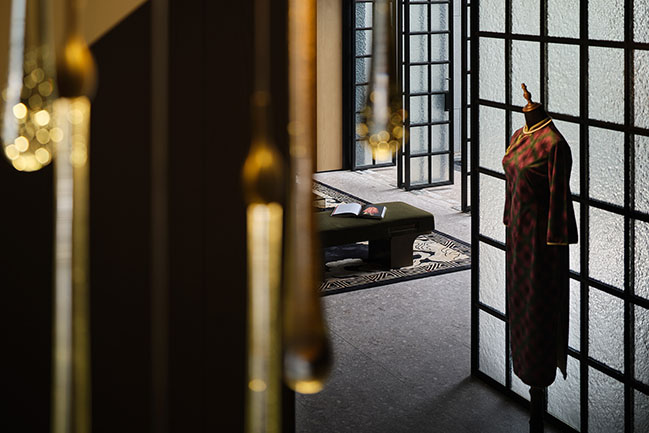 Ambiguity, alternation, folding
The designers adopted intuitive lines to shape an inclusive and modern spatial form, and at the same time created dramatic narratives via articles and material textures. Materials with "wrinkles" were utilized to blur the boundaries of void spaces. 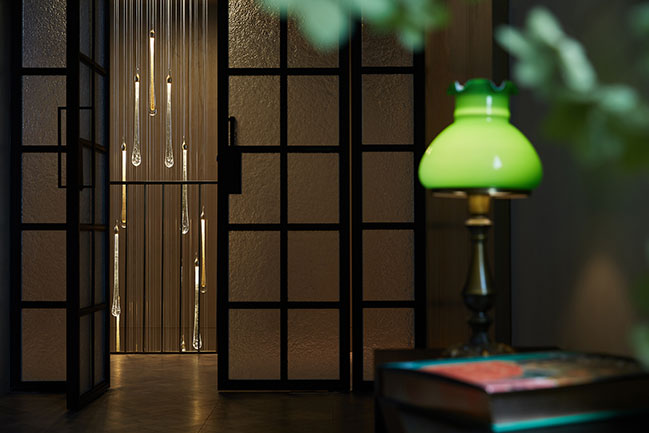 The entrance features a twisting circulation. Before entering the space, people need to pass through an open courtyard and then three layers of facades. Those structures block each other, and arouse the curiosity to explore the space inside. 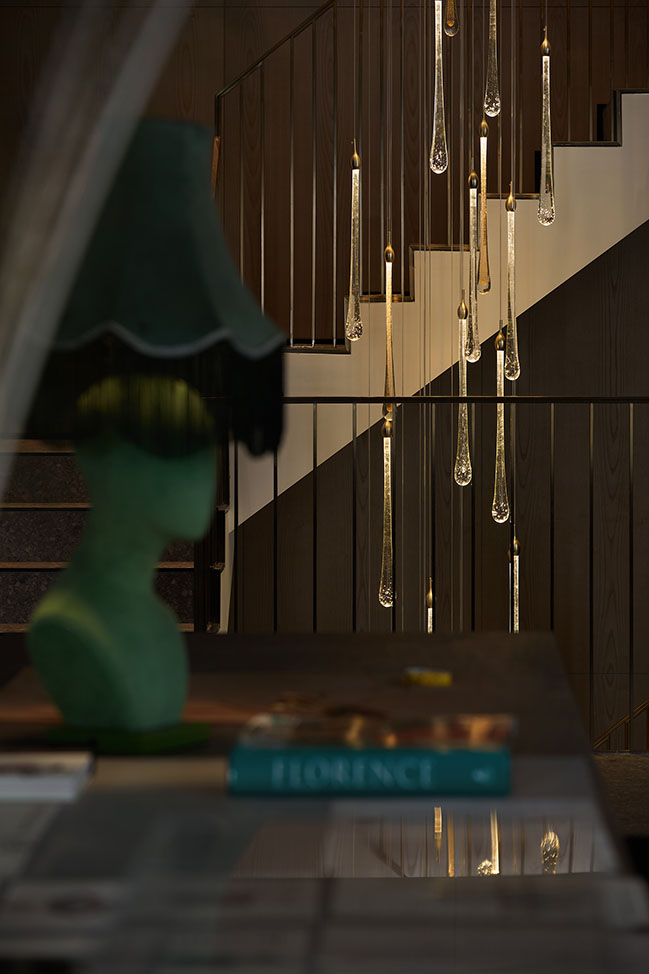 The negotiation area opens to the courtyard, with translucent foldable glass doors in between. Complemented by black lines, the frosted glass doors are given grid patterns, which are reminiscent of screens made of paper and wood in traditional Japanese-style rooms (washitsu). As night falls, the glass refracts and diffuses soft light, producing a charming atmosphere. 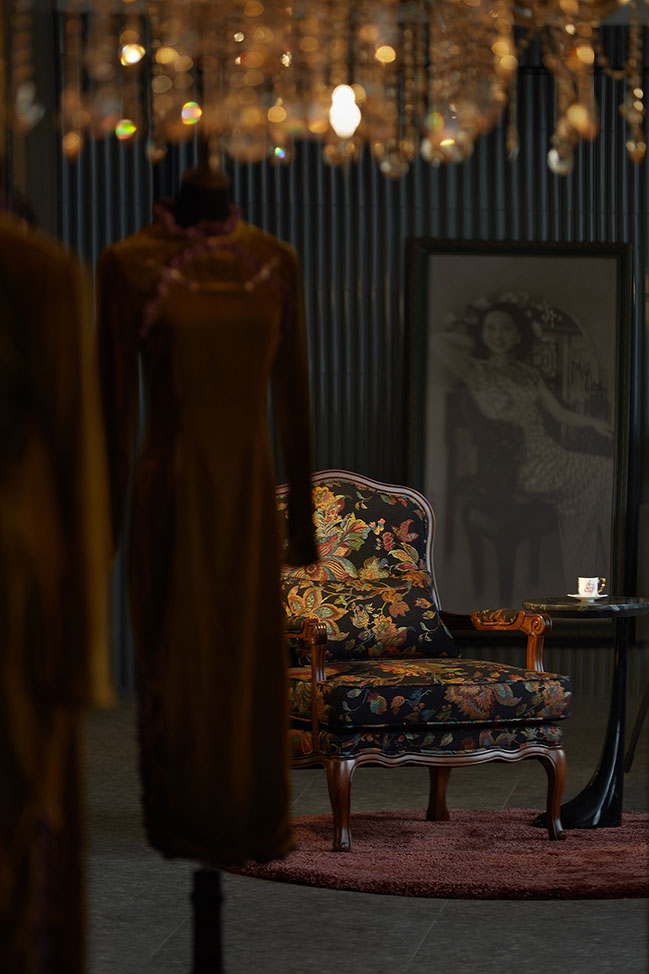 Ambiguous materiality
Decorations in the space present a poetic narrative. Diverse visual symbols are reorganized in an orderly manner.

The design team brought in not only cheongsam but also its ambiguous character into decoration design. 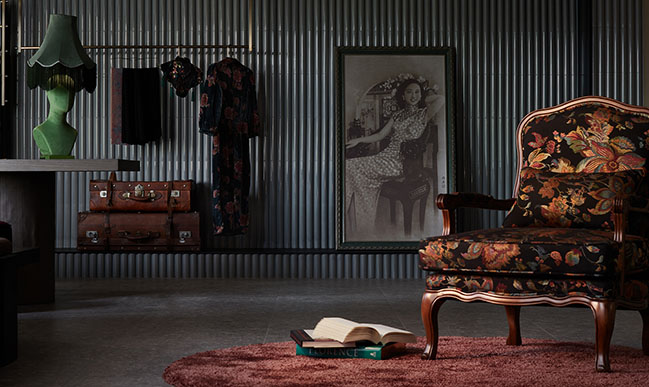 The second floor is the workshop space. The design team collected lots of articles from the Republic Era, repaired them and carefully incorporated them into the space. The old items retain primitive textures, carry past marks, and produce a sense of time ambiguity. 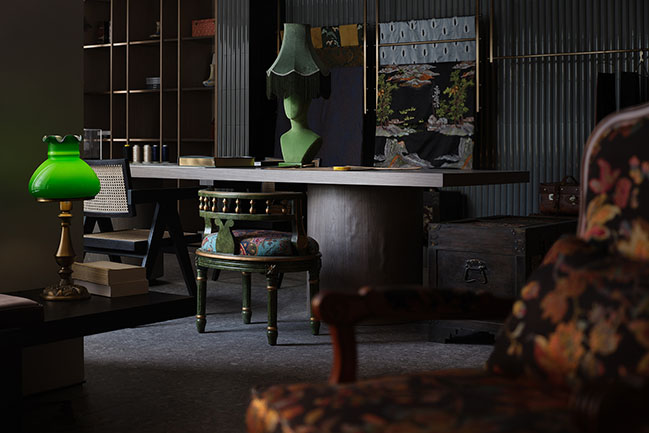 Fabric is the key element that defines the quality of cheongsam. The designers utilized various types of fabric such as silk and velvet to clad articles in the space. Diverse fabric textures and layering allow objects to dialogue and complement each other.

The third floor is the client's private space. It features a strong living atmosphere, and accommodates mutually-interpenetrating bedroom and study. 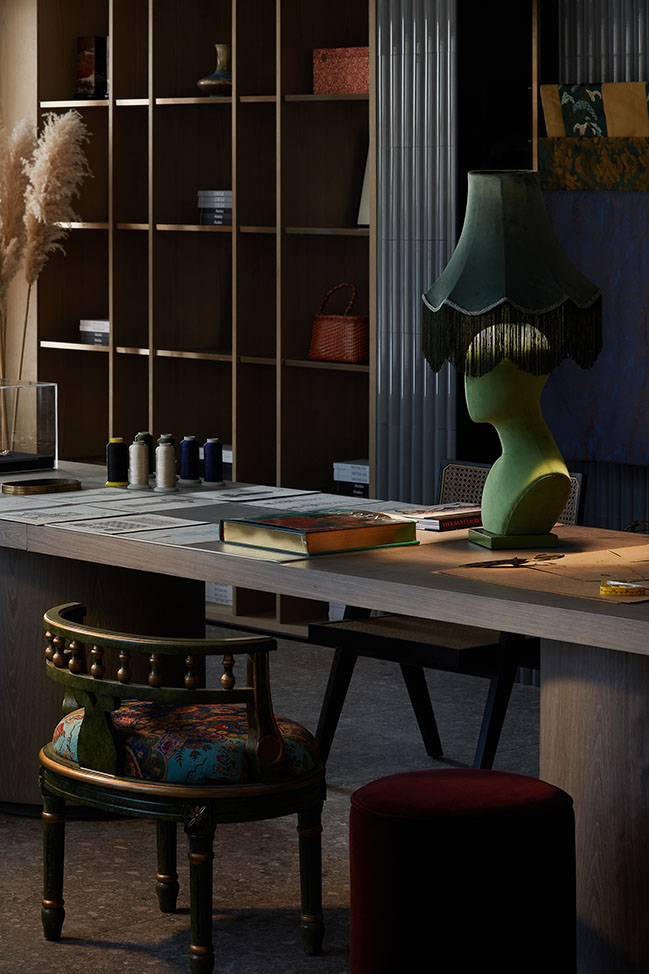 All feelings in this space are strengthened. The design team made great efforts to refine details and enrich spatial narratives. For instance, the opened book and the randomly placed high heels form a story-telling scene. 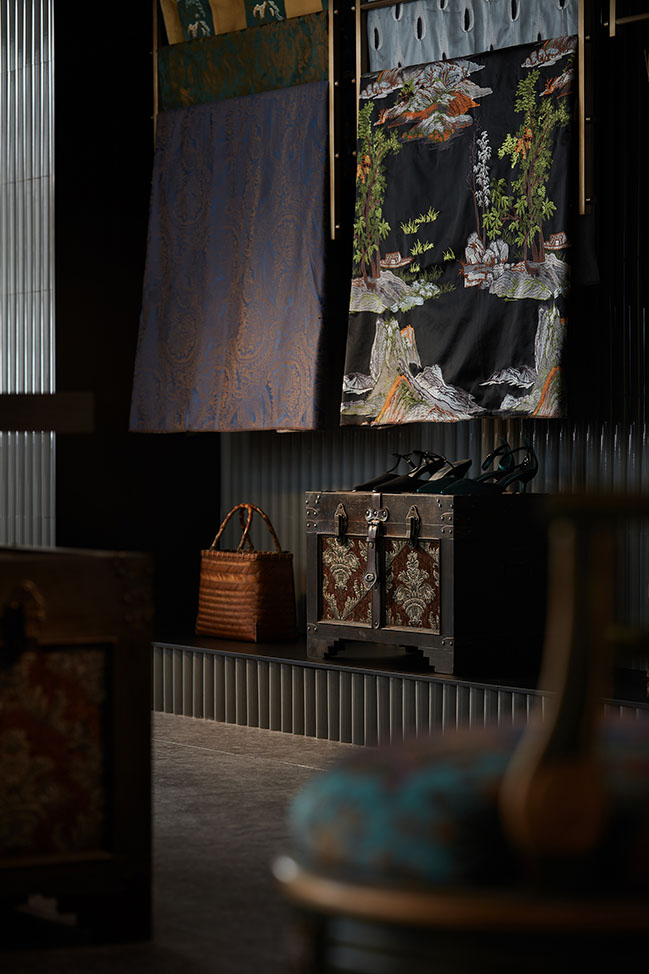 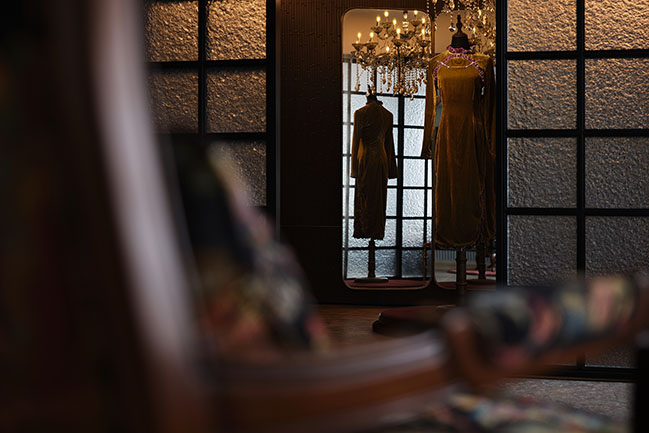 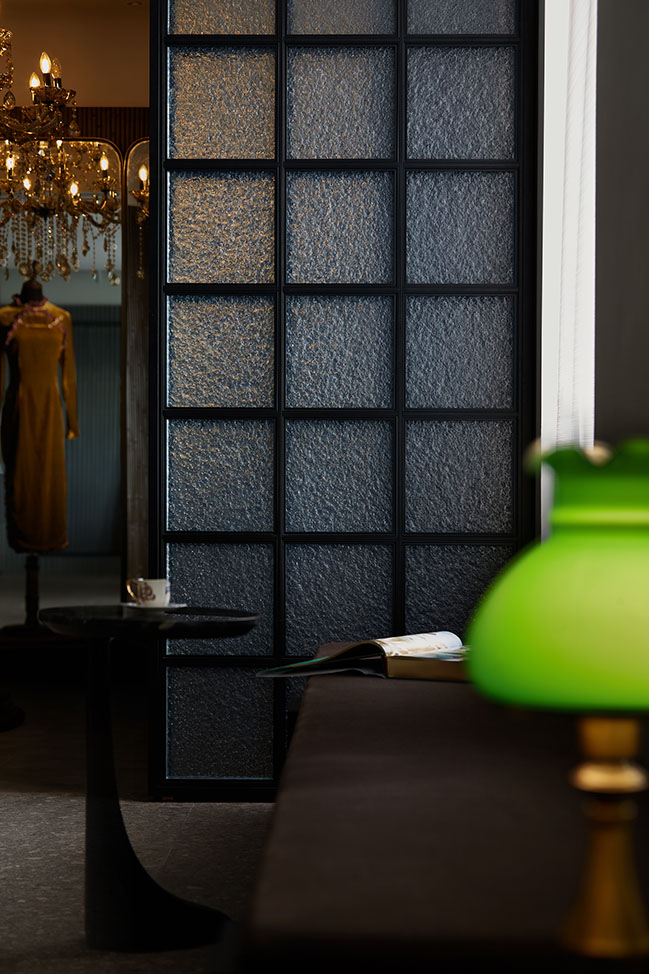 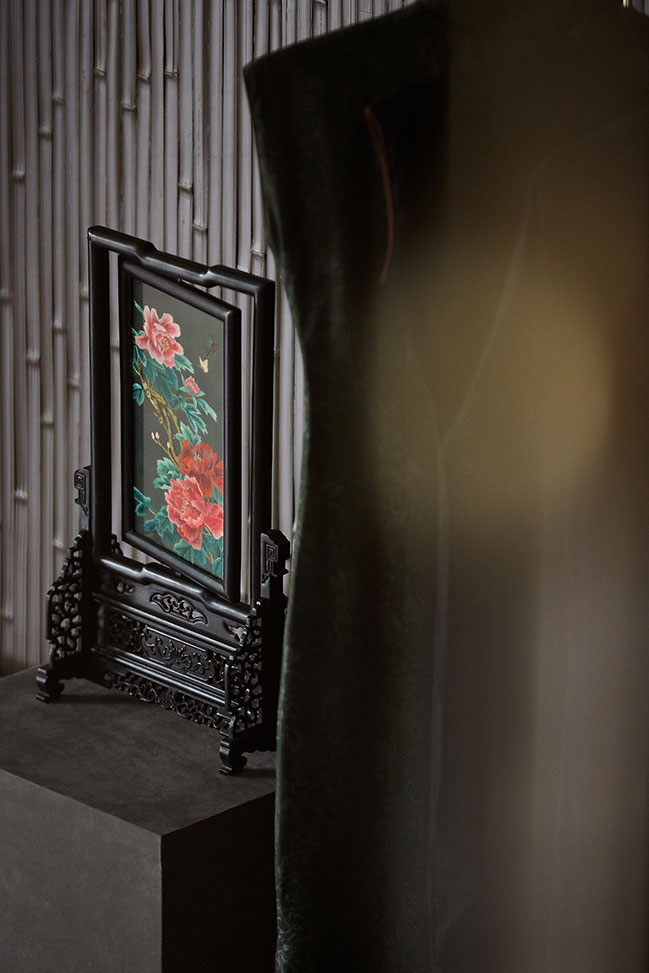 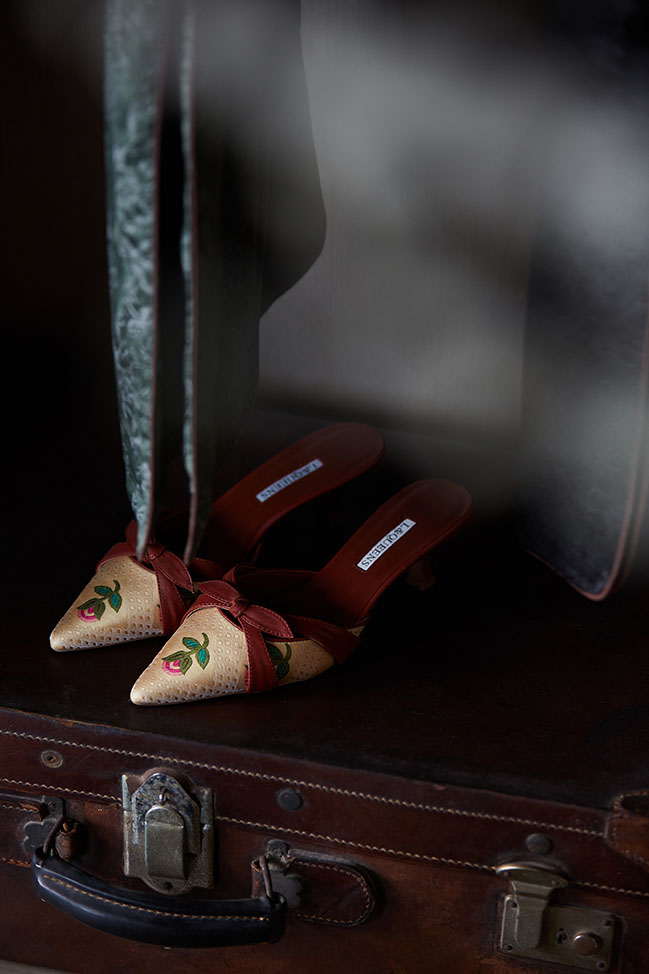 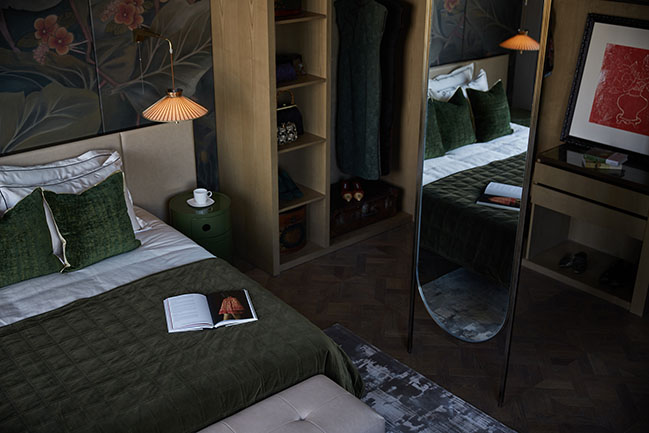 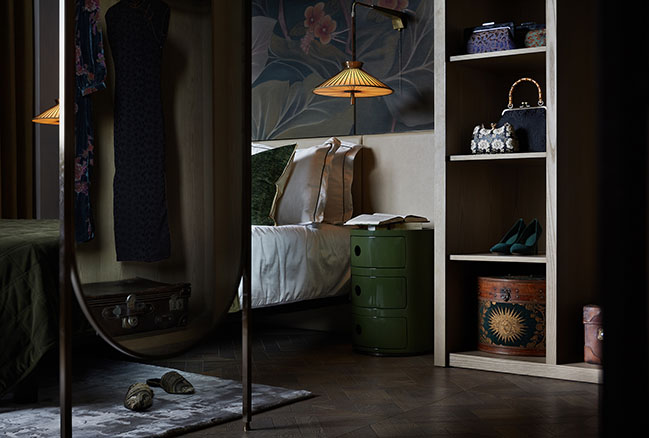 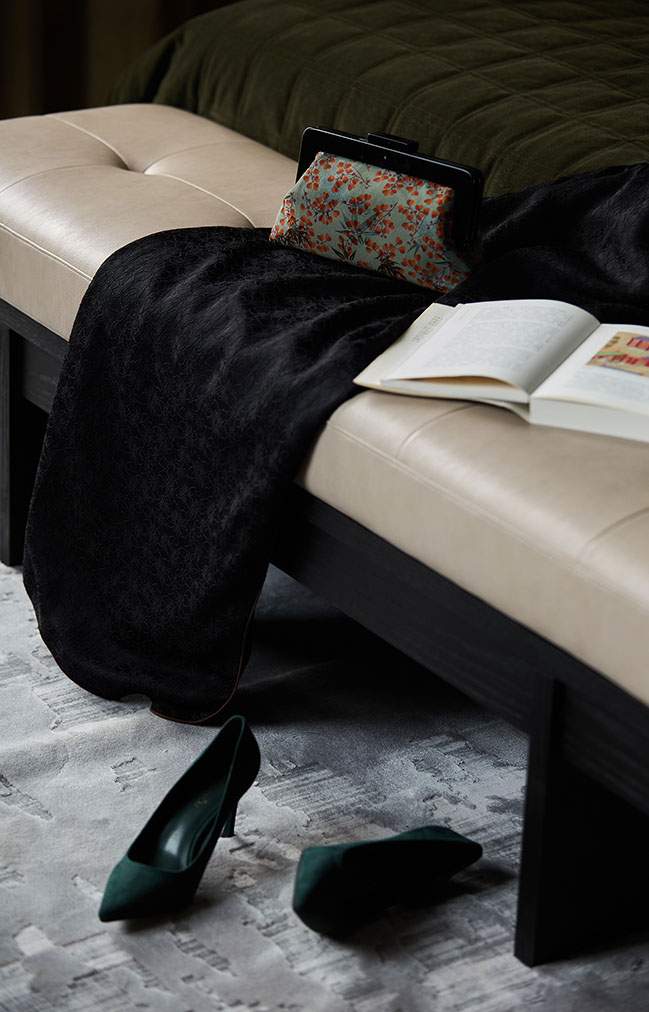 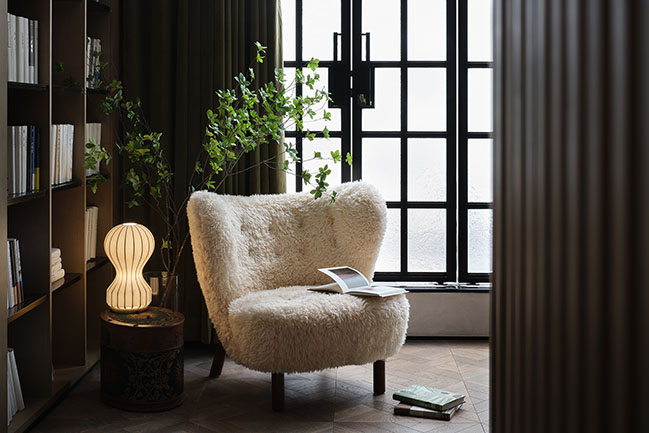 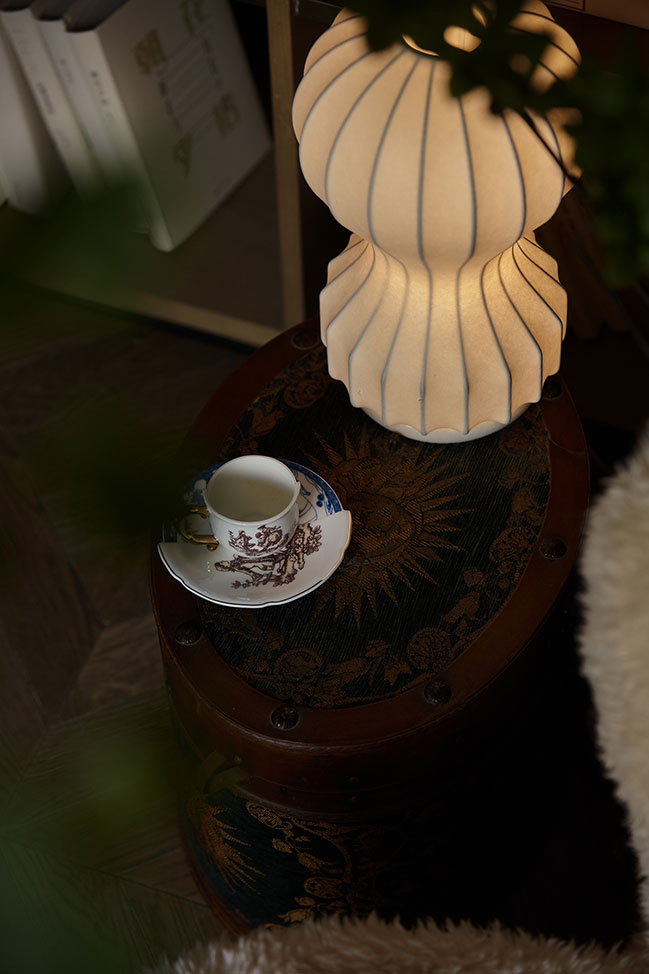 12 / 13 / 2020 As conceiving the cheongsam workshop, ONE-CU carefully crafted the space, like making a piece of cheongsam...

Takano Ramen by Minus Workshop