This project was designed by Benthem Crouwel Architects to create a new multifunctional car park with two remarkable helix-shaped towers spiral upwards on the south side of the building. 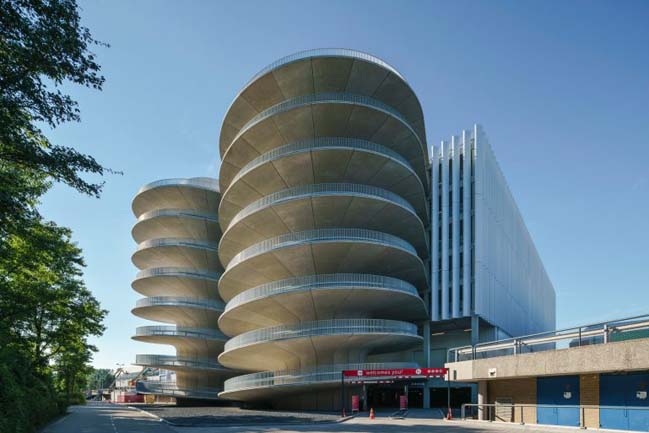 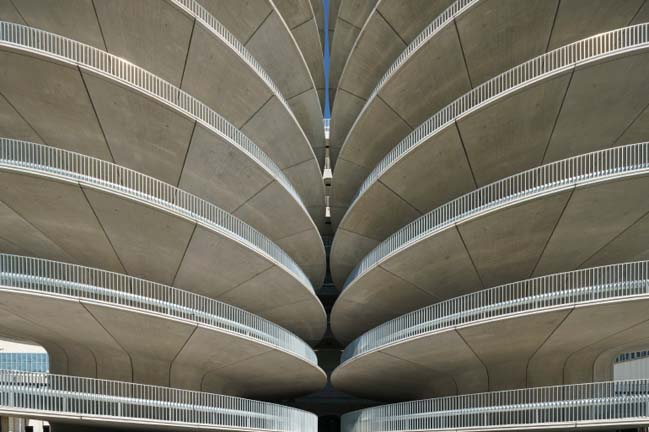 Project's description: The building is 30 metres high and its eight floors offer parking space for about 1.000 cars. The car park is situated on the ring road A10 and the Zuidas, Amsterdam’s business district. What makes the building remarkable is the fact that the first floor is not just for parking cars, but can also be used as a flexible space for conventions and exhibitions. When the RAI does not need the car park, the building can function as a public parking space. Benthem Crouwel Architects has been supervisor of the entire RAI complex since 1989. After conference buildings Amtrium and Elicium, this car park is the third building Benthem Crouwel Architects has designed for the RAI. 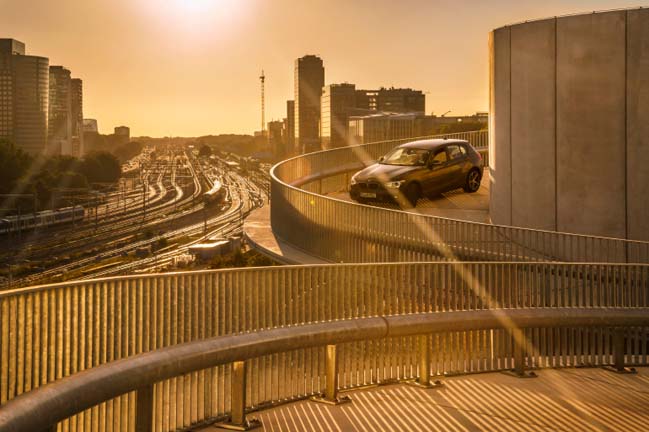 Helixes
The building is characterized by a simple, rectangular shape. On the south side of the building, two remarkable helix-shaped towers spiral upwards: one gives access to the car park moving up, the other one is used by cars leaving the building going down. By separating the traffic flows, parking at this building is fast and efficient, which is very important to Amsterdam RAI. The towers consist of prefab concrete elements. Placed on top of each other, they form the driveways to enter or leave the parking floors. The iconic concrete helix-shaped towers are highly visible from the ring road A10, even more so at night when blue LED lights emphasize the elegant structures. 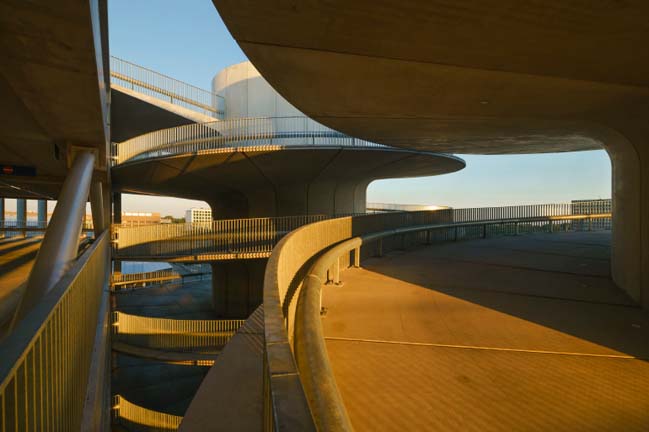 Flexible space
The car park is a stand-alone parking facility, and also a multifunctional building. The first floor is twice as high (7.2 meters) as the other parking levels, creating a large and spacious hall that can be used as an extra space for conventions and exhibitions. The hall measures about 2.800 m2 and has as few columns as possible, therefore it can be arranged in many different ways. The column structure stands on a grid of 7.5 meters. The building consists of three naves with a span of fifteen meters. The extension hall can be used independently for various events, but can also be connected - using sliding doors - to the main exhibition halls of the RAI. The uppermost parking level, the roof of the building, can also be exploited for all kinds of activities. 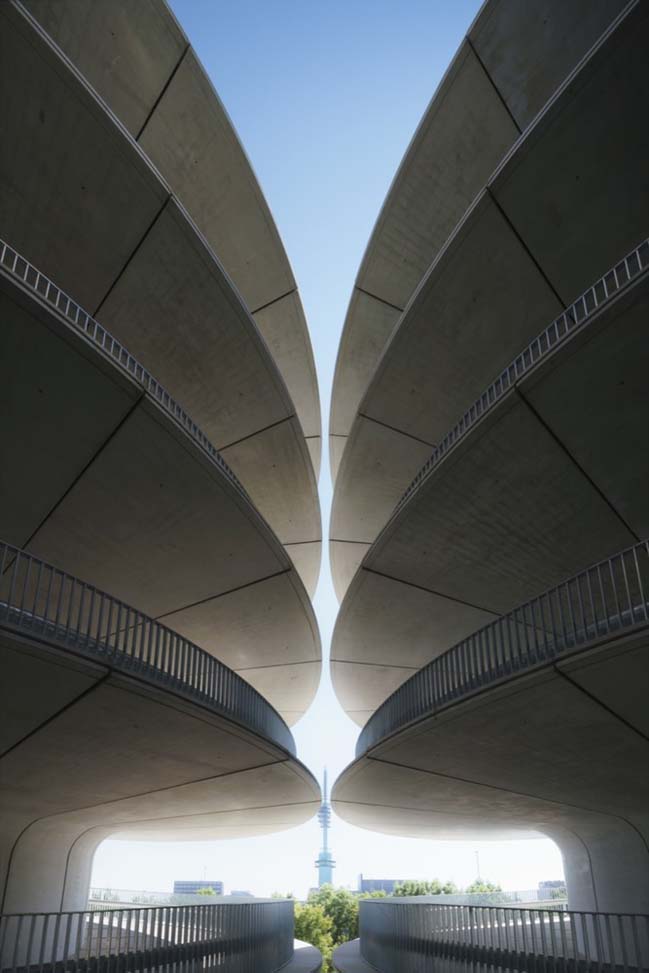 RAI lamellae
The parking floors are framed by vertical lamellae, used in many of the RAI buildings - thus pointing out the connection between the various buildings of the complex. The aluminium lamellae of the car park are spaced and therefore give the building an appearance that is both transparent and private. The RAI wanted a car park without mechanical ventilation; the spacing allows air to flow through. Because of the orientation of the lamellae, they also protect against rain. 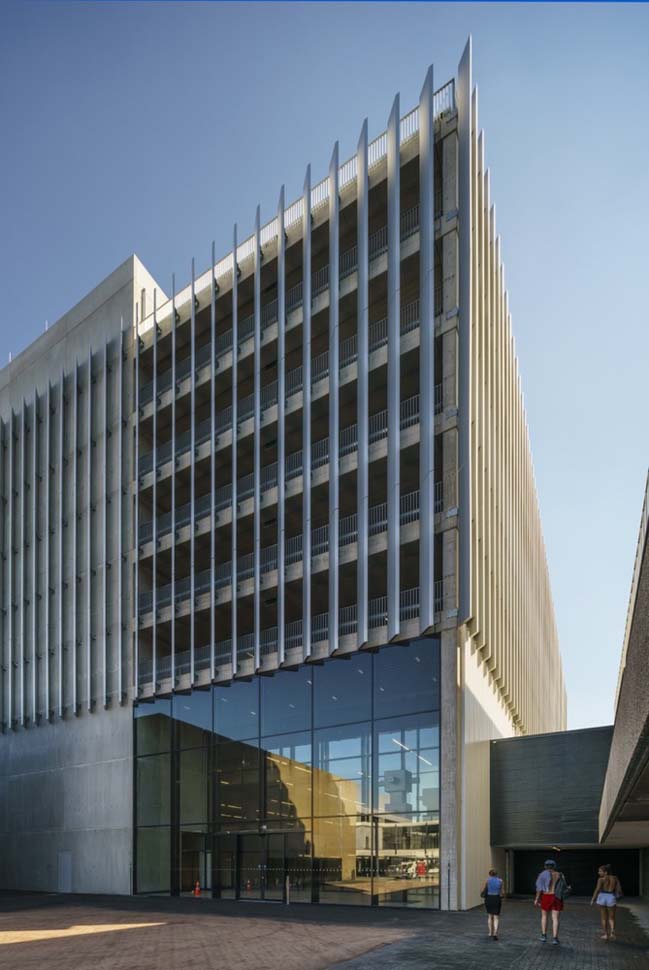 Twenty years of supervising architect
Originally founded in 1893 as a society for bicycle manufacturers, RAI Amsterdam has grown into one of the largest and busiest convention and exhibition centres of the world. Since RAI opened at its current location, in 1961, over a hundred million people visited the complex.  Alexander Bodon was the supervising architect of the RAI from 1961 to 1989. As of 1989, Benthem Crouwel Architects is proud to have this honourable task. The past twenty years, Benthem Crouwel Architects has designed (among other projects) both the buildings Amtrium and Elicium for the RAI. The multifunctional car park is the latest addition to the RAI complex. 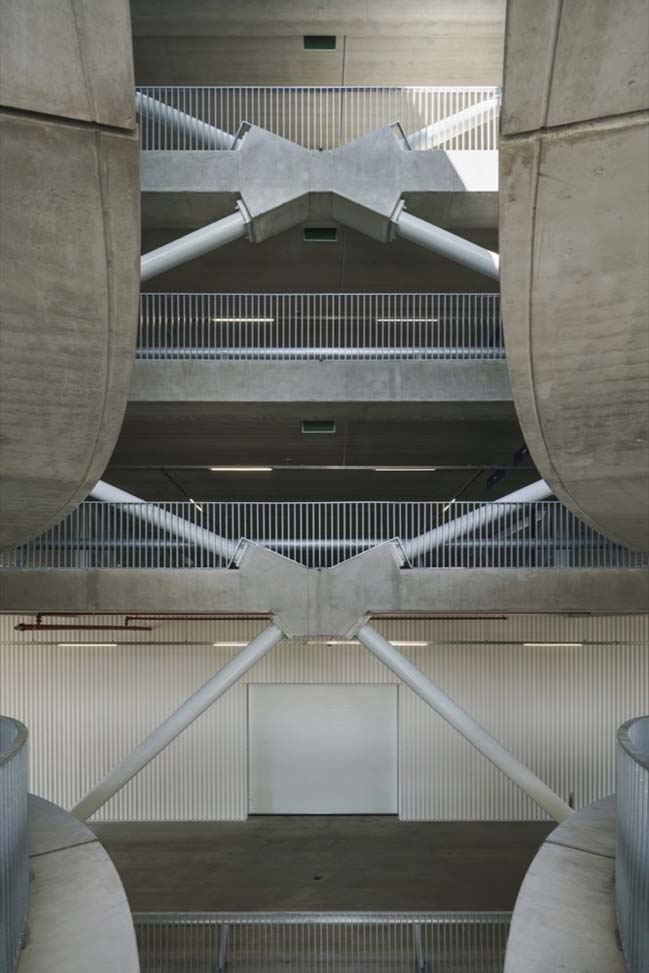 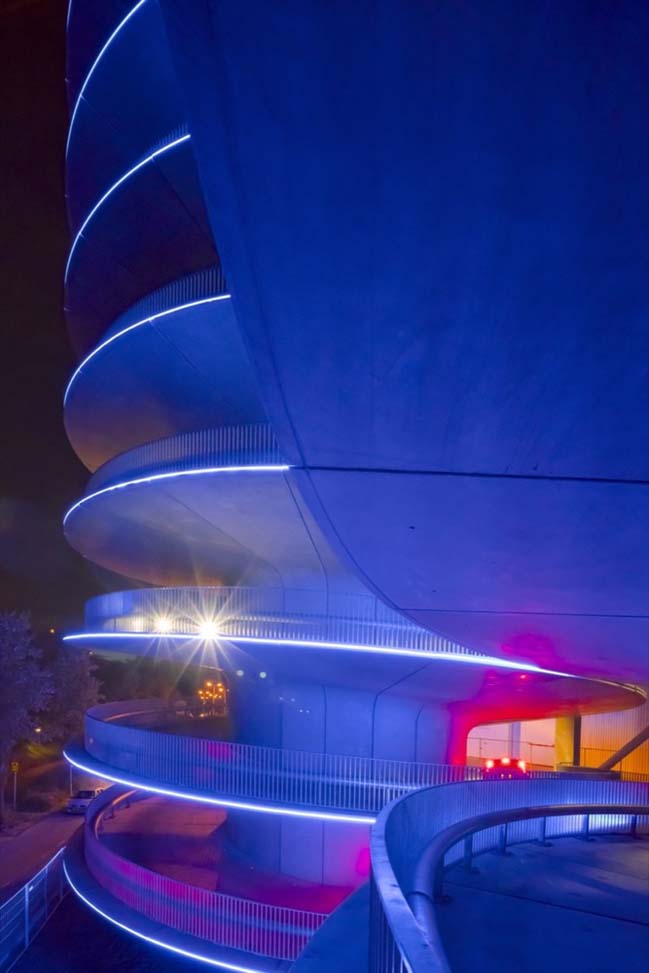 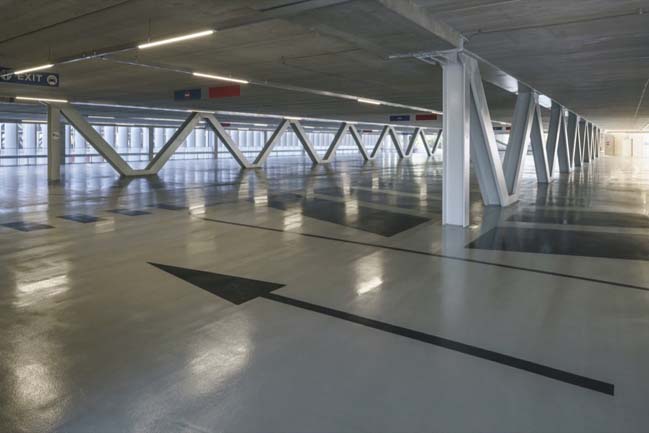 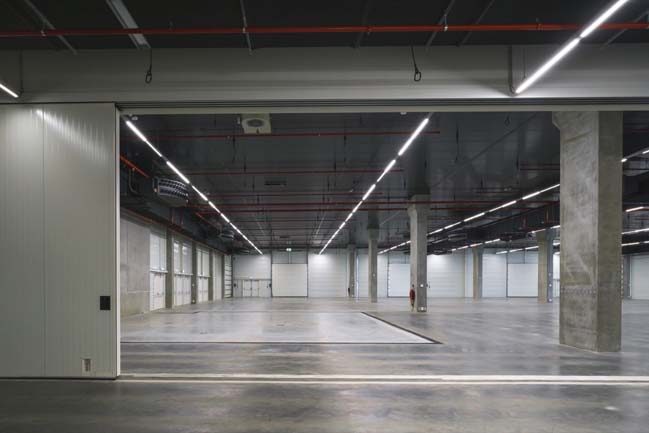 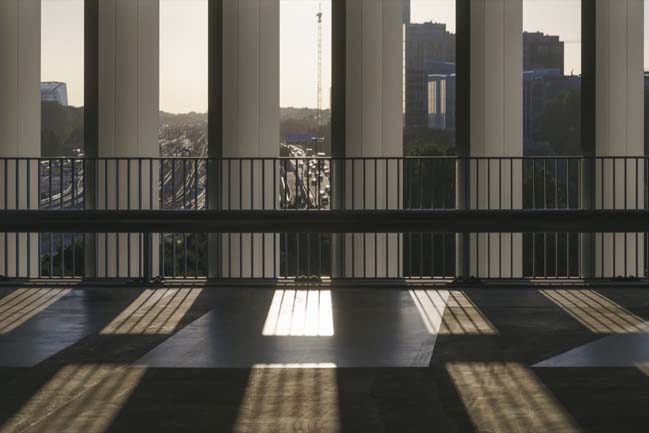