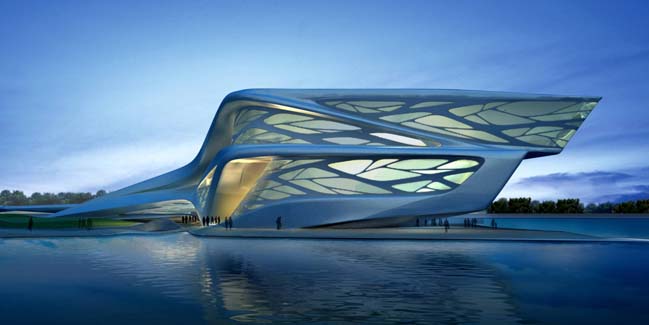 Zaha Hadid's description: A sculptural form that emerges from a linear intersection of pedestrian paths within the cultural district, gradually developing into a growing organism that sprouts a network of successive branches. As it winds through the site, the architecture increases in complexity, building up height and depth and achieving multiple summits in the bodies housing the performance spaces, which spring from the structure like fruits on a vine and face westward, toward the water. 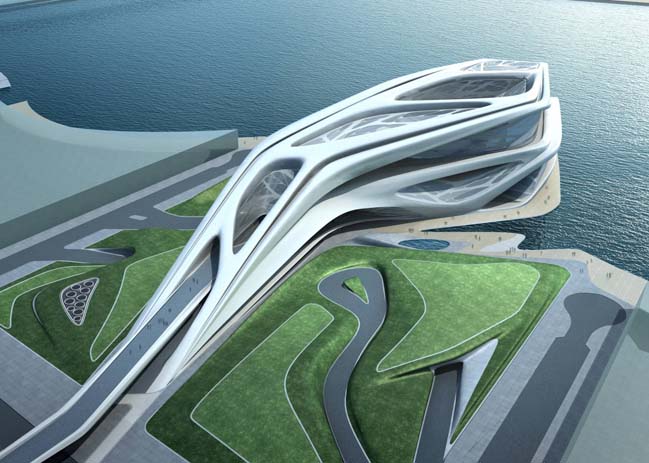 The building’s distinct formal language is derived from a set of typologies evident in organizational systems and growth in the natural world – natural scenarios formed the release and subsequent decline of energy supplied to enclosed systems. The PAC’s ‘energy’ is symbolized by the predominant movements in the urban fabric along the central axis of the pedestrian corridor and the cultural centre’s seafront promenade – the site’s two intersecting primary elements. 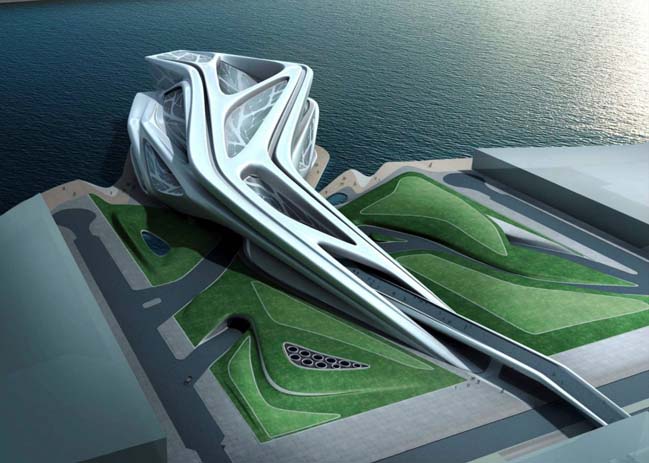 Growth-simulation processes have been used to develop spatial representations into a set of basic geometries and then superimposed with programmatic diagrams into a series of repeated cycles. The primary components of this biological analogy (branches, stems, fruits and leaves) are then transformed from these abstract diagrams into architectonic design. 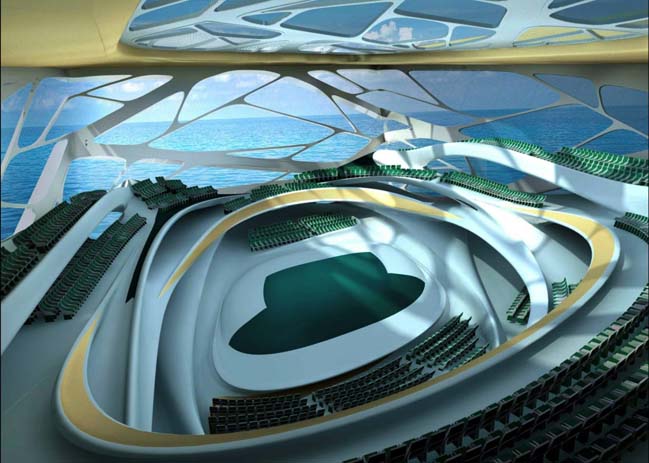 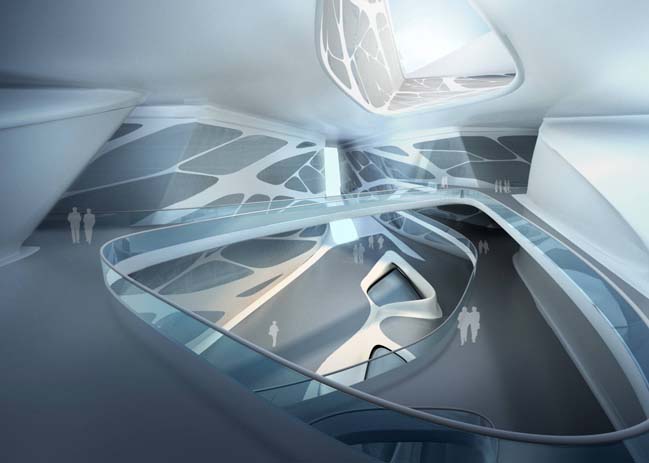