Yesterday, February 14, 2019 is the groundbreaking for a 77,000 m2 project on the harbour front in the German city of Bremen designed by the Danish architectural firm COBE under the leadership of architect Dan Stubbergaard. 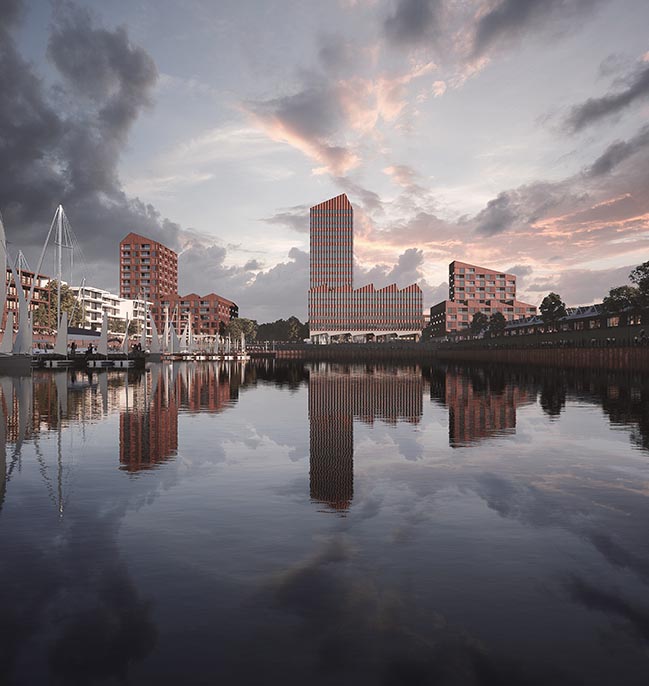 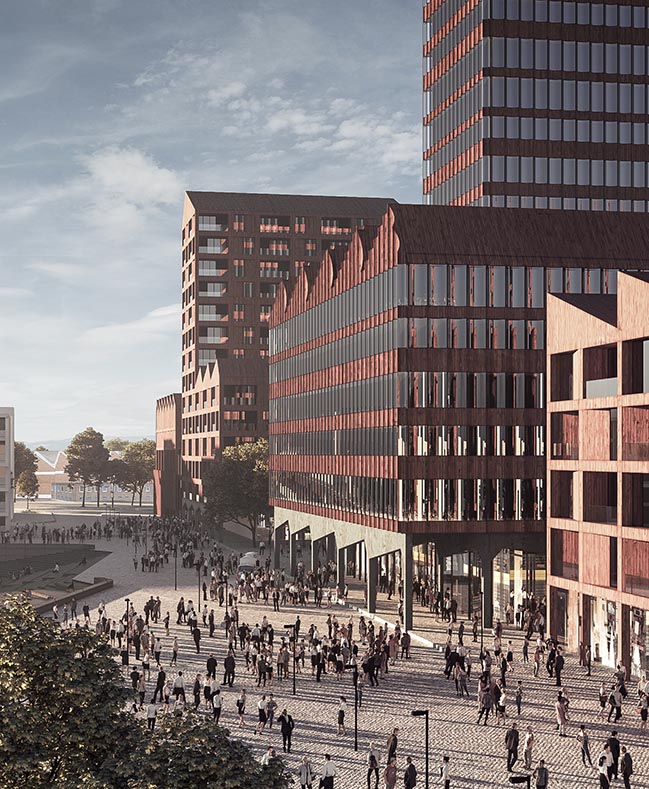 From the architect: COBE won a mastership of ideas in 2018 – a new process designed as a supplement to the classic architectural competition by JES - Julia Erdmann Socialtecture. The project is a new milestone in the transformation of Bremen’s industrial port to a new city quarter. With its prominent position at the end of the harbour and its characteristic skyline the project is going to connect the historical city core with Bremen’s new urban neighbourhood. The project, named Europahafenkopf, includes residential, commercial and office space and a car park and is financed and built by the local Gustav Zech Foundation. After the realization, many employees of the Zech Group GmbH will move to the office building in their new company headquarters. Europahafenkopf is scheduled to be completed in 2021.

Like so many other harbour areas in Europe, Bremen Harbour is currently undergoing a major transformation from industrial to residential area. As part of this transformation, Europahafenkopf is becoming the link between Bremen’s docklands and the new city quarter, called Überseestadt, and the historical city core. The Europahafenkopf project consists of four buildings, and seen at a distance, the buildings blend together to form a new Bremen skyline.

"Our vision for the Europahafenkopf development is to create a place that celebrates Bremen’s historical city core with its unique Renaissance buildings and combines it with the silos and warehouses of the industrial port. We drew inspiration from the two city quarters in terms of COBE designs 77,000 m2 project on Bremen’s harbour front Illustration: scale, material expression, detailing and design and then reinterpreted these features architecturally," says Dan Stubbergaard, architect and founder of COBE. 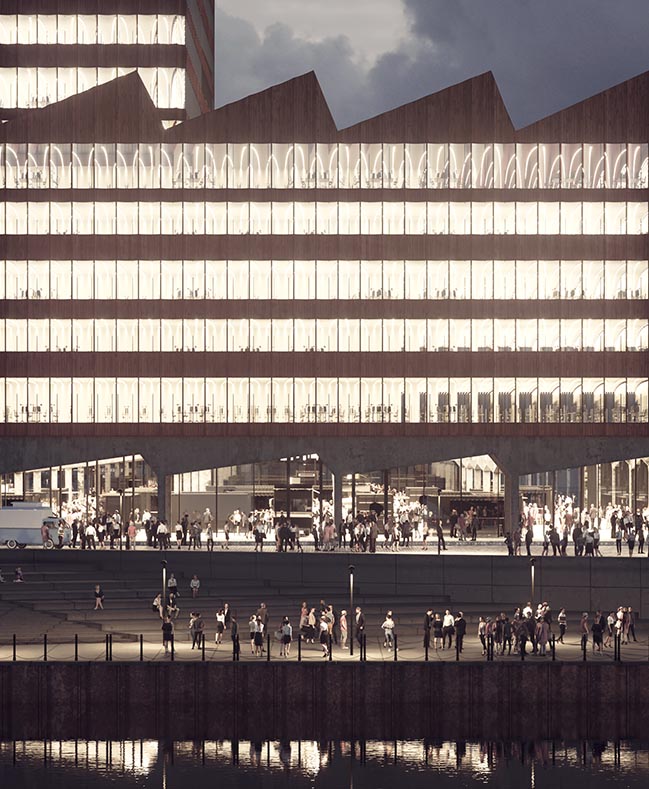 STREET-LEVEL MARKET HALLS
All four buildings contain a series of halls on the ground floor that invite passers-by in with a wide range of public functions, including cafés, shops, galleries and a sprawling street food market. Housing and offices will be placed on top of the halls which encircle green and intimate courtyards.

”With the Europahafenkopf we will create the most beautiful and best jobs in Bremen, which will also offer the latest innovations of our digitized world. We want people in the Europahafenkopf to be able to develop in the best possible working environment and at the same time feel good, maybe even like to linger. For example, there will be a food market on the ground floor and the location is perfect: Right at the waterfront and in close proximity to the city center. The district will be characterized by an innovative transport concept. By public transport you are just four stops from the Europahafen on Obernstraße. In a mobility house bike rental and car sharing are offered. This again increases flexibility for people. At the same time, we are developing highly attractive, inner-city living space that may work and live together. We will use most of the office space ourselves for our Bremen-based companies. In addition, we invite other Bremen companies to rent office space in this outstanding project,” explains Kurt Zech, managing partner of the Zech Group GmbH and founder of the Gustav Zech Foundation.

NEW BUILDINGS CELEBRATE LOCAL ARCHITECTURAL HISTORY
The inspiration from Bremen’s historical architecture is evident, for example, in Europahafenkopf’s reinterpretation of the characteristic saddle roof and in the selection of materials and colours. The smallest building, Mobilitäts Haus (Mobility House), is a modern car park where electric cars and electric bicycles have priority, and is constructed in red metal, while the biggest, Zechhaus (Zech House), is built in red concrete. The two residential towers, Lofthaus Nord and Lofthaus Süd (Loft Building North and Loft Building South), are built in red brick and will contain both owner-occupied flats and social housing. As a whole, Europahafenkopf will become a link between the large scale of the industrial port and the colours, details and materials of the historical city. 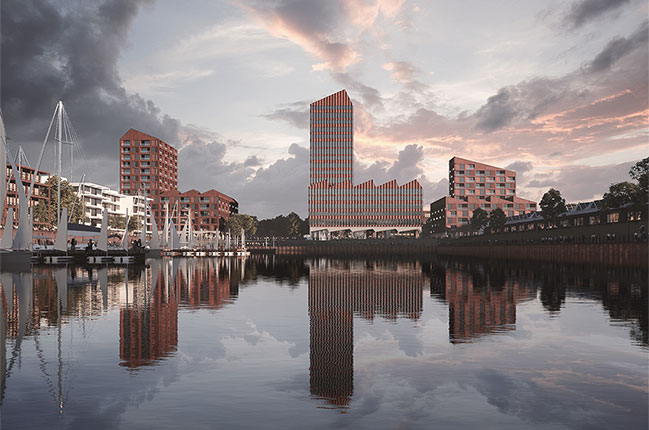