This concrete house located in Ramat Hasharon, Israel that its spaces were composed by a massive and sustainable concrete mass. The house was designed by Pitsou Kedem Architect. 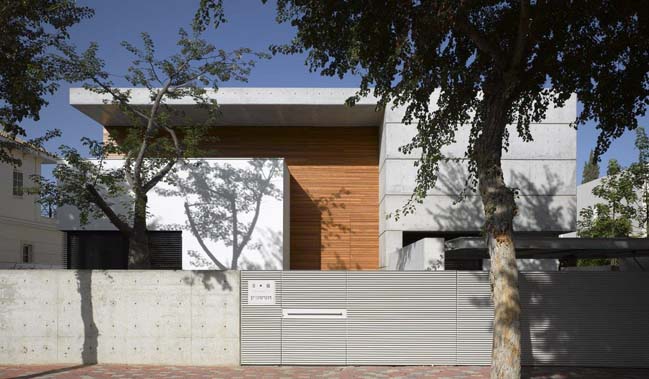 Follow the architects: The concrete mass is timeless, almost frozen and primal with the materials used in its construction. The central idea was to divide the concrete box with openings and divisions that create different relationships with the closed areas of concrete. The range of divisions and openings in the structure created some openings in the building envelope that provide glimpses from the inside out and the opposite. An example is a long, horizontal opening in the salon that crosses a central aluminum display and burst into the open and so negates the boundary between the inside and the outside. 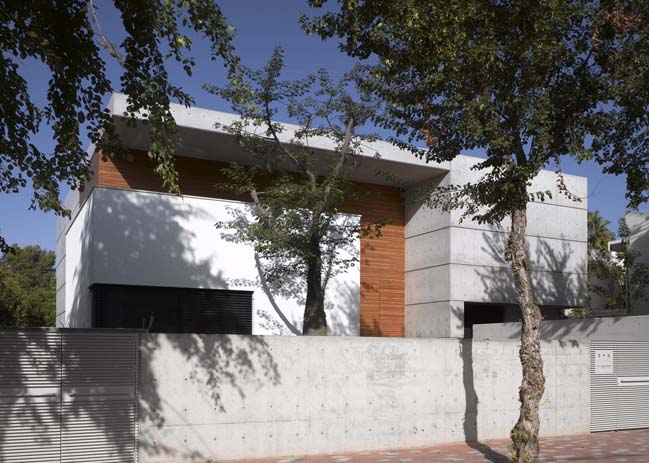 Some of the openings are virtual openings the length of the stairwell that creat a sunken recess the entire length of the concrete wall that reveals the house to the outside. Some parts even allow for a glimpse into another area of the house. Others create divisions from other materials that are in contrast to the concrete, such as the entrance area that is entirely constructed from strips of teak and incorporates a vertical division that rotates to a horizontal position. The wooden element crosses the mass and constitutes a dynamic and surprising element that stands in stark contrast to the solidity of the concrete envelope. 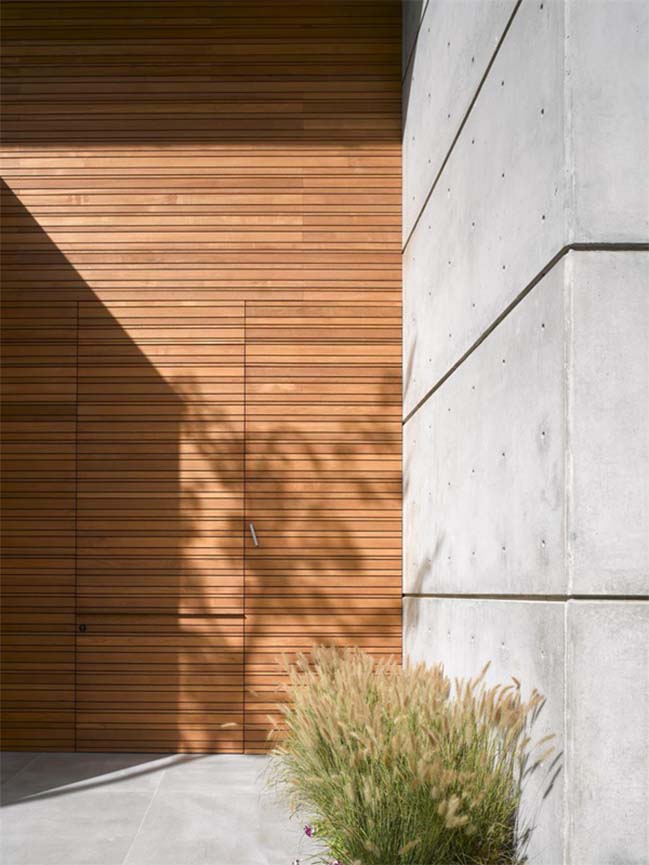 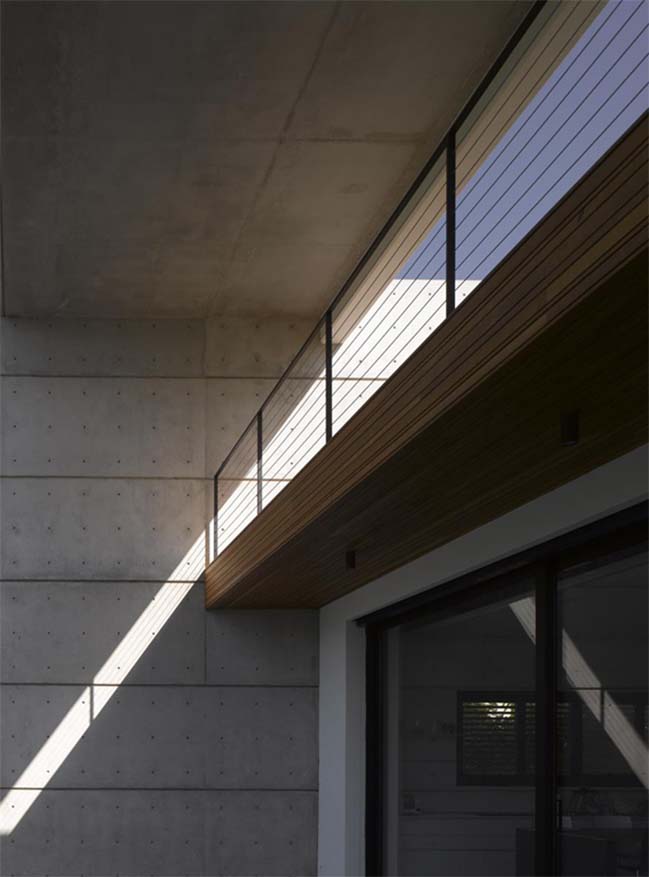 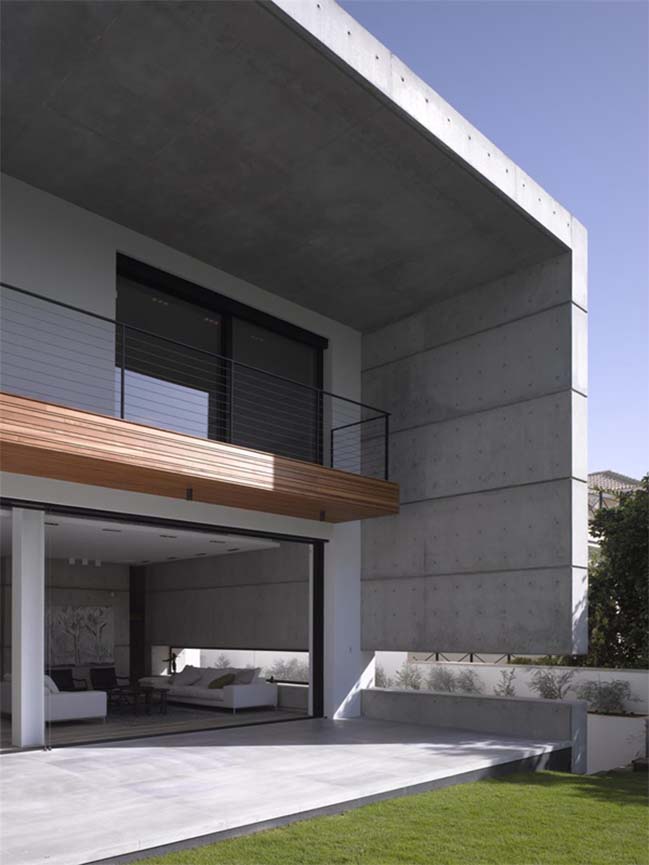 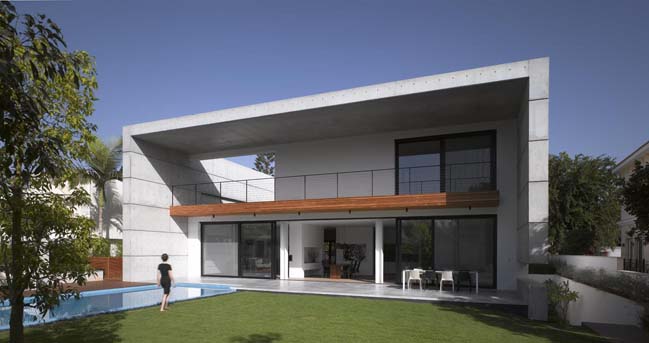 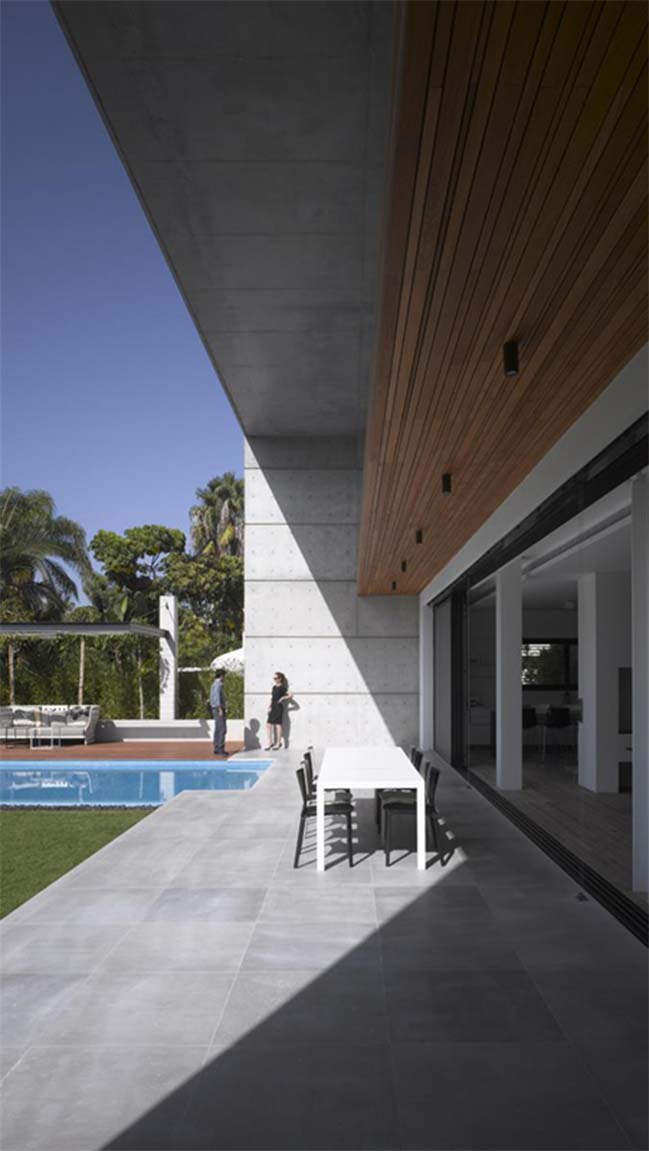 The living room and dining room are arranged in a large area that open to the garden and swimming pool. 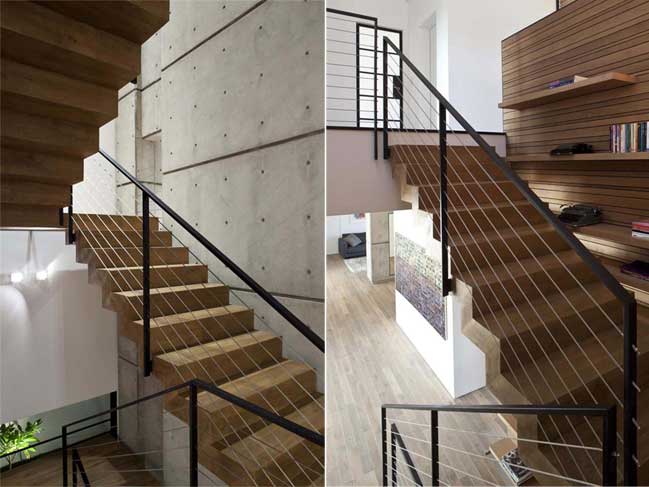 Beside the concrete, the architects also used the wood materials to make house warmer and has a feeling of commune with the nature. 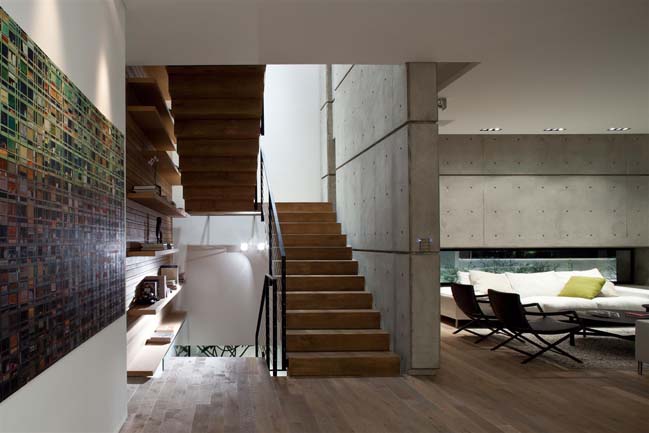 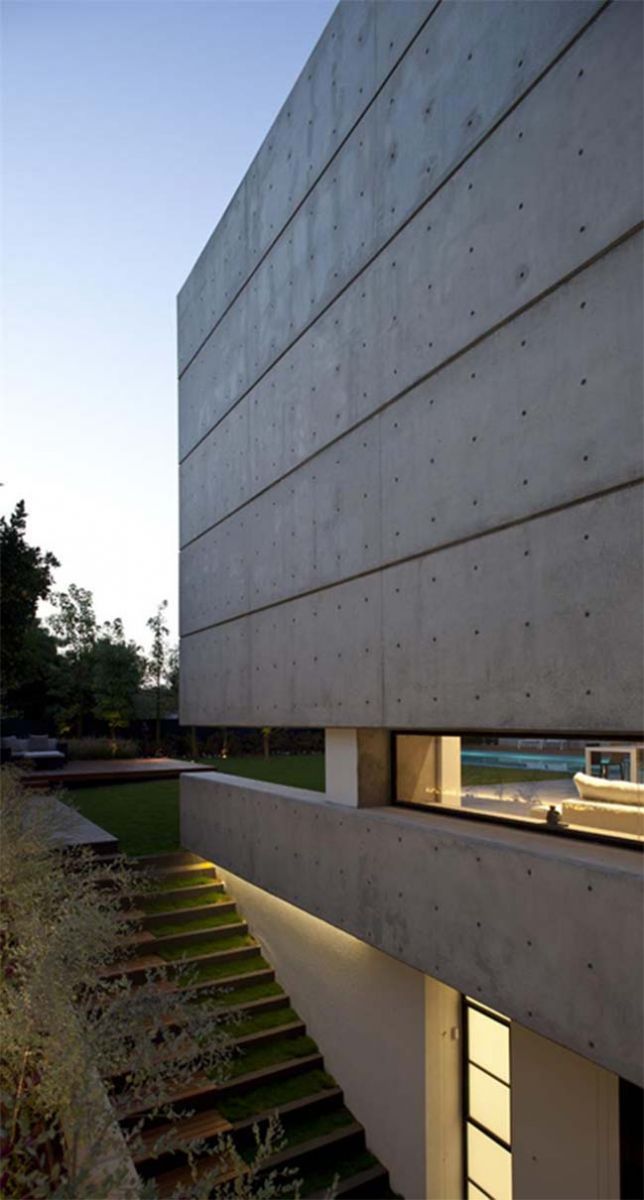 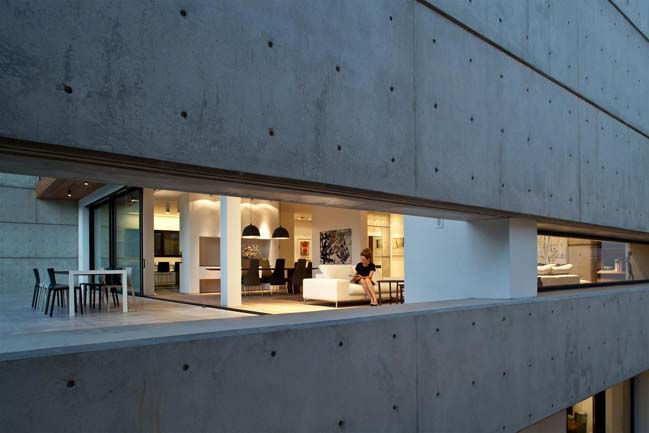 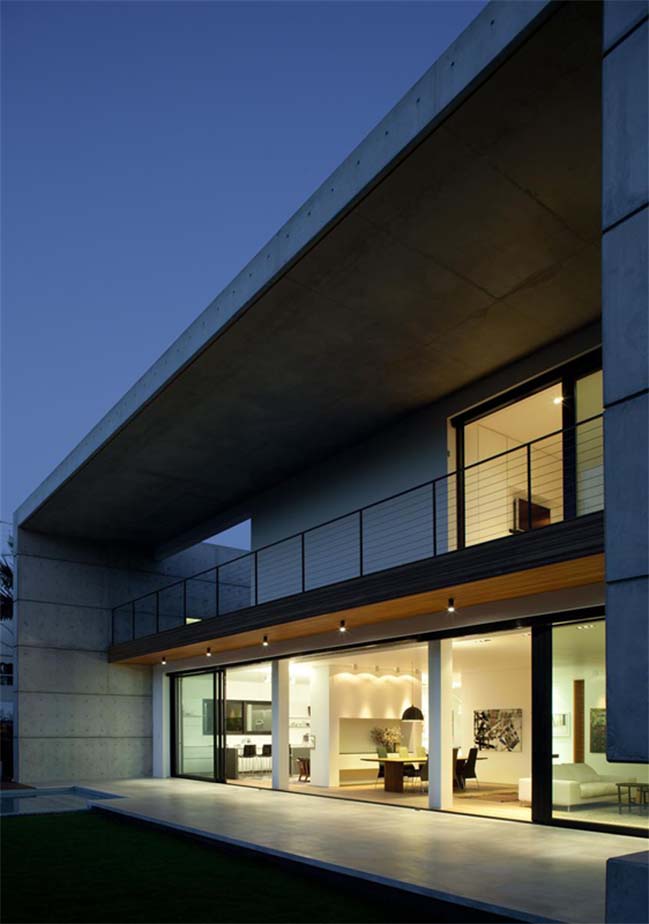 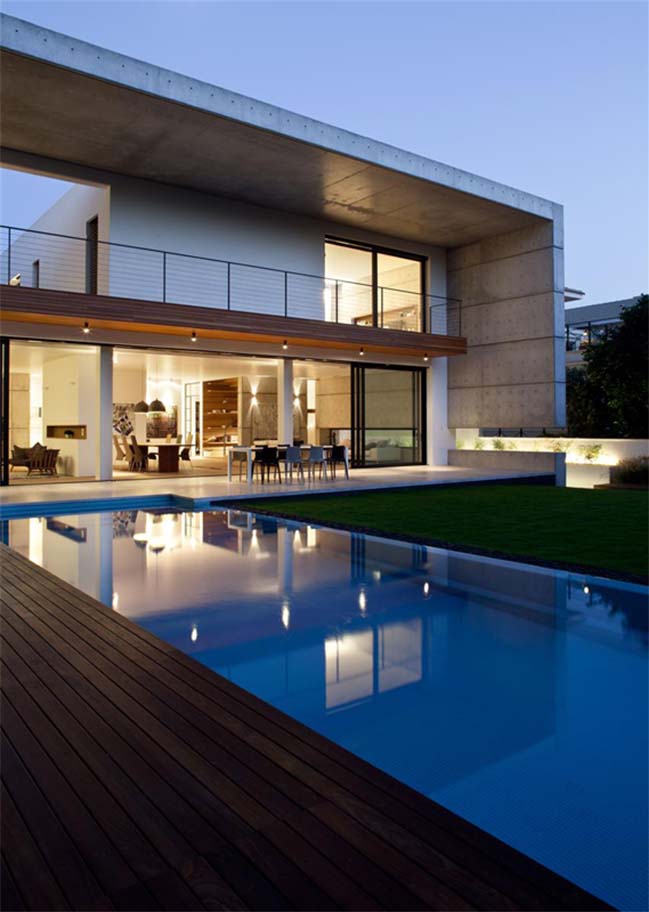 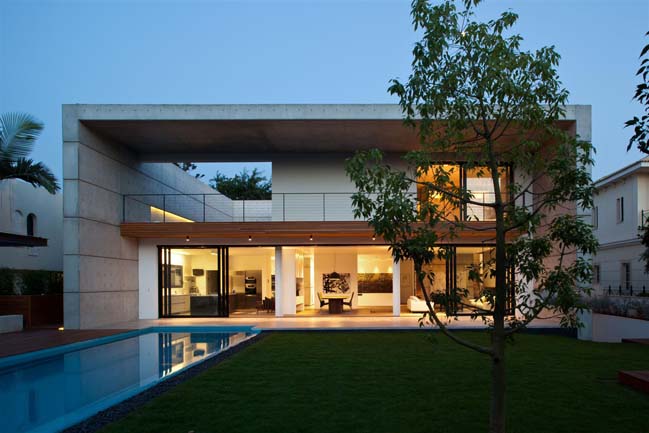 12 / 18 / 2015 This concrete house located in Ramat Hasharon, Israel that its spaces were composed by a massive and sustainable concrete mass