Collective for Climate to realise first zero-carbon neighbourhood in Paris 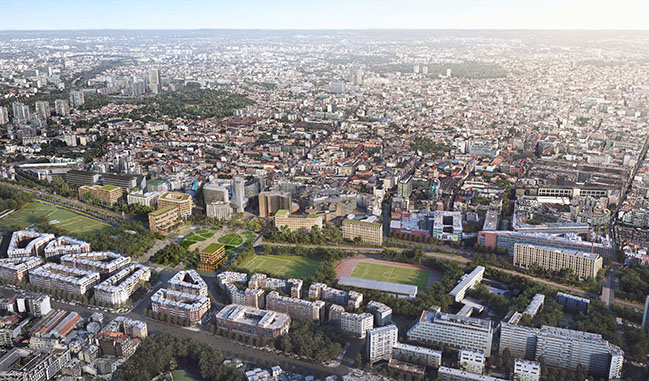 The consortium Collective for Climate comprising Atelier Georges, Tatiana Bilbao Estudio, Serie Architects and Bond Society have designed what will be the first zero-carbon neighbourhood in Paris. As a winning entry of the 2019 C40 Reinventing Cities global competition the scheme represents an ambitious attempt to retrofit urban areas. 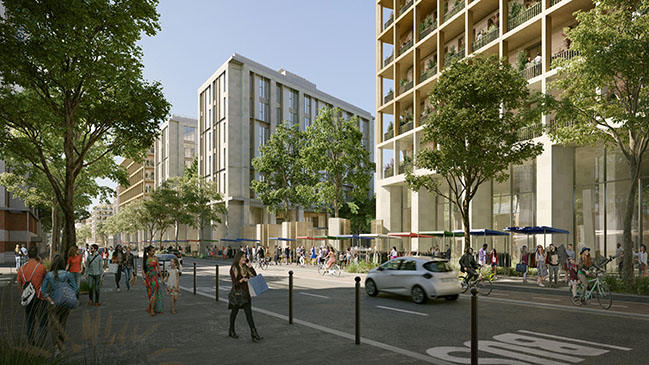 The objective of the City of Paris and its partners is to make Porte de Montreuil a pilot district for environmental excellence and a laboratory of the new economy. The future square and its surrounding buildings will showcase new ways of linking Paris and its neighbours. Porte de Montreuil is located on the eastern belt of Paris extending over 35 ha. The project has an estimated 60,000 sqm of new construction. 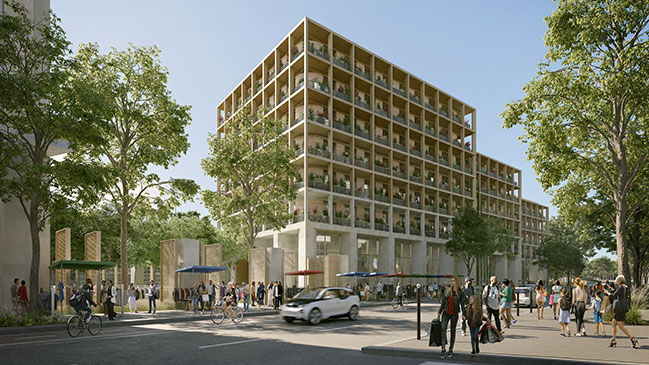 With an ambitious approach to sustainability the proposal aims to make Porte de Montreuil the first zero carbon neighbourhood in Paris. The project is committed to reduce 85% of its total emissions through innovative approaches and aims to go beyond carbon neutrality thanks to the creation of a Carbon Fund. 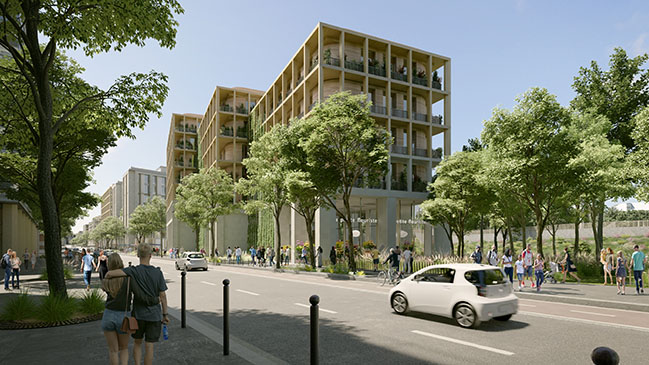 The project includes on-site geothermal and photovoltaic energy production that will benefit the entire district. Emissions will also be considerably reduced through the careful choice of construction materials. The project aims to build 80% of the superstructure in French cross-laminated timber (CLT) or stone and the entire façade is to be composed of bio-sourced materials such as terracotta, bricks and hemp. To further reduce carbon footprint during construction, 80% of the materials will be sourced from Paris and its surroundings. 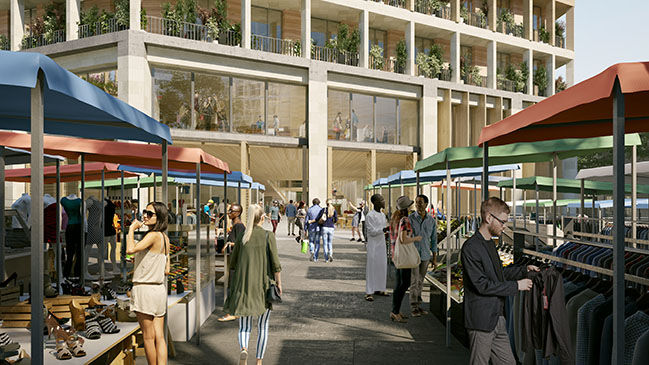 Oases created on rooftop gardens use natural vegetation and water-based solutions to help foster communities as well as control the temperature of the spaces below during heat waves.

The design also considers the life cycle of buildings after their construction. Changing user demands are anticipated—office spaces are designed in modules that can be easily converted to apartments, thereby minimising the need for demolition. 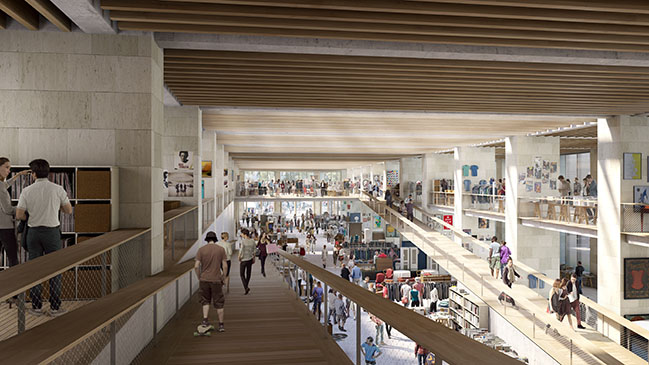 The project restores vegetation, encourages low-carbon mobility and includes program that will foster sustainable lifestyles, such as zero-waste food and beverage outlets and a grand hall dedicated to a flea market. 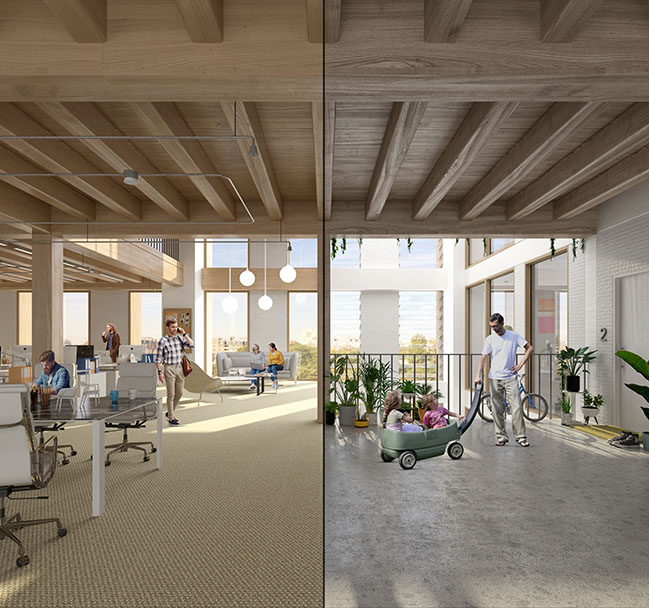 - 80% of the superstructure is to be built in French cross-laminated timber and stone and 100% of the façades composed of local bio-sourced materials such as terracotta bricks and hemp.
- 100% of the spaces will be reversible allowing the program to change over time. Offices can be converted to housing and thus minimize the need of demolition in the future.
- Oases using natural vegetation and water-based solutions will decrease the temperature by 3 degrees during heat waves.
- The existing car-oriented site will be transformed into a pedestrian and cyclist friendly environment with 7000 m2 of new vegetation. 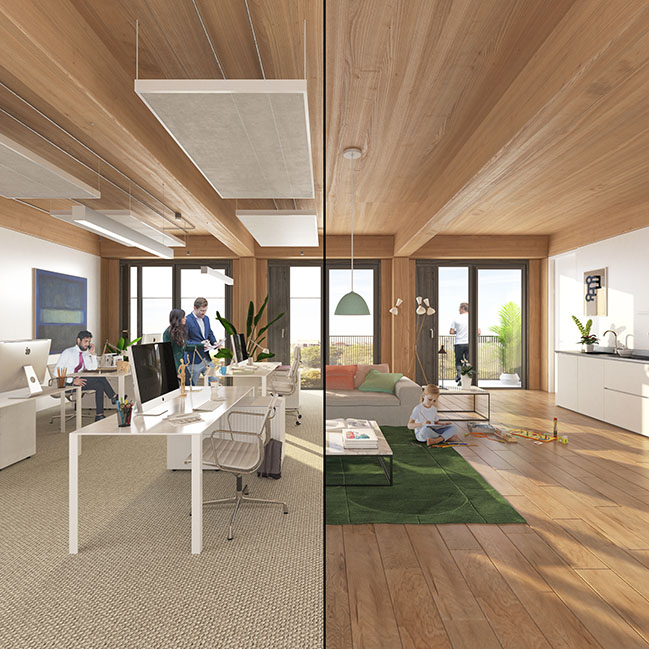 YOU MAY ALSO LIKE: Serie Architects and Multiply Architects complete Oasis Terraces 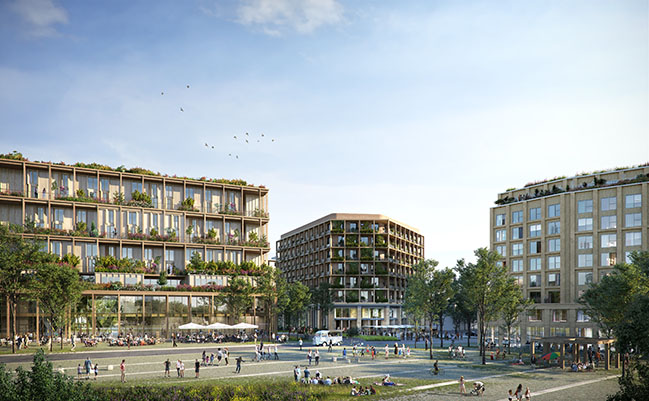 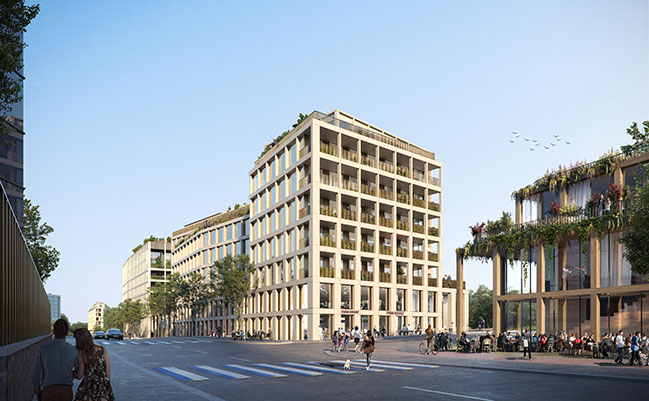 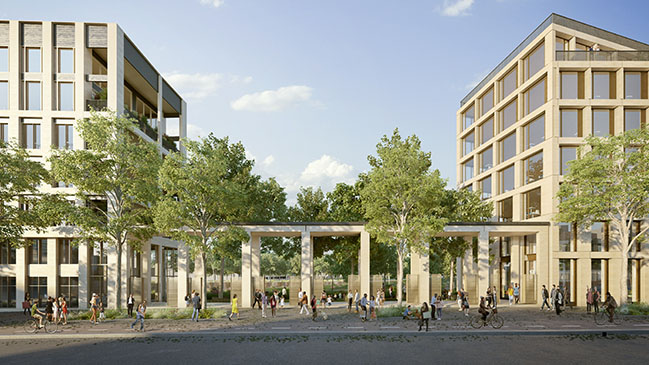 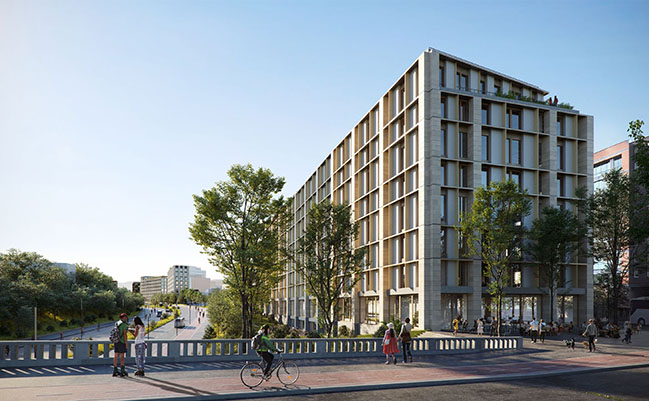 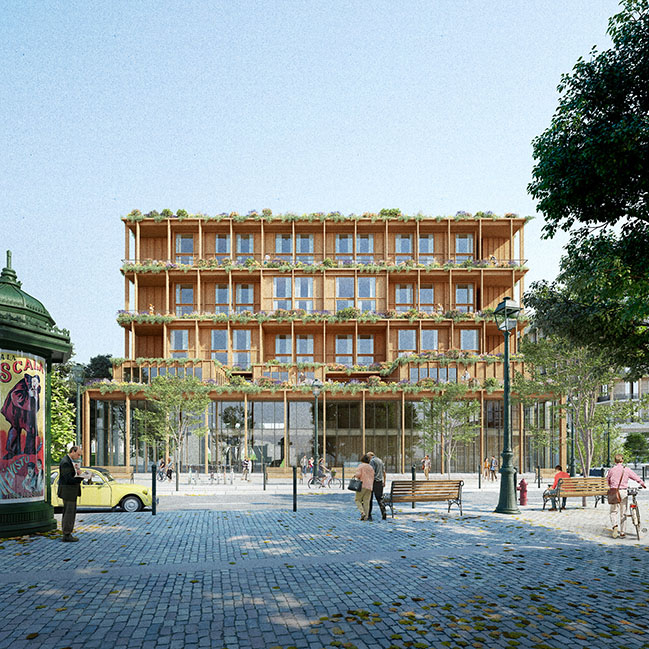 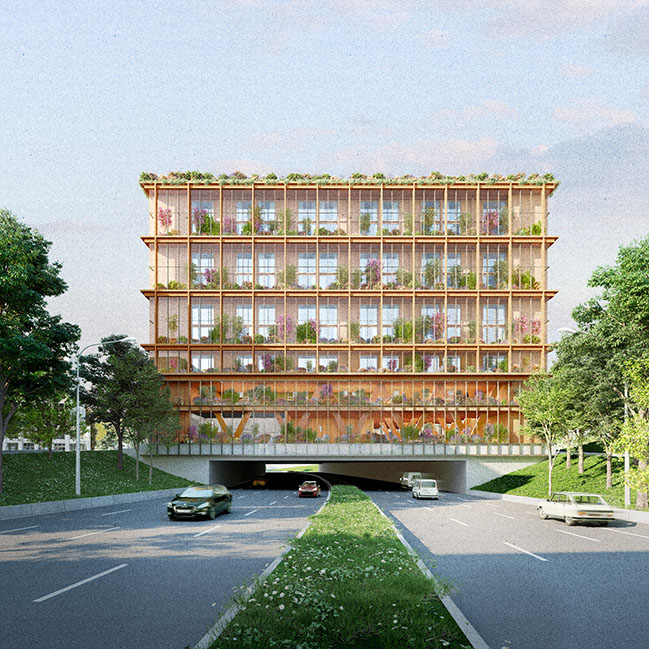 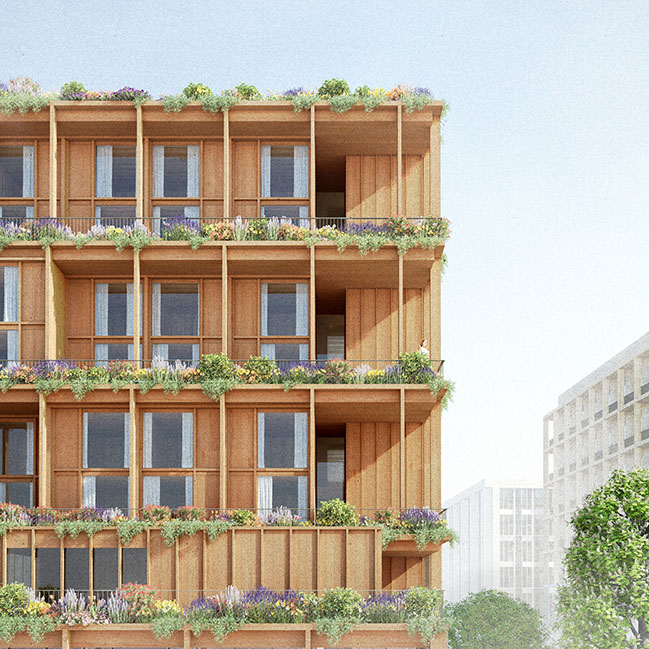 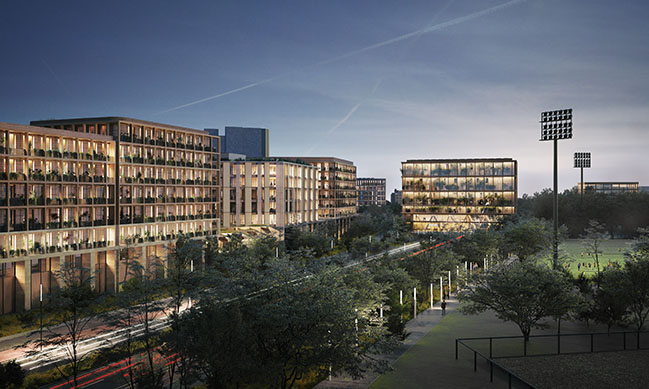 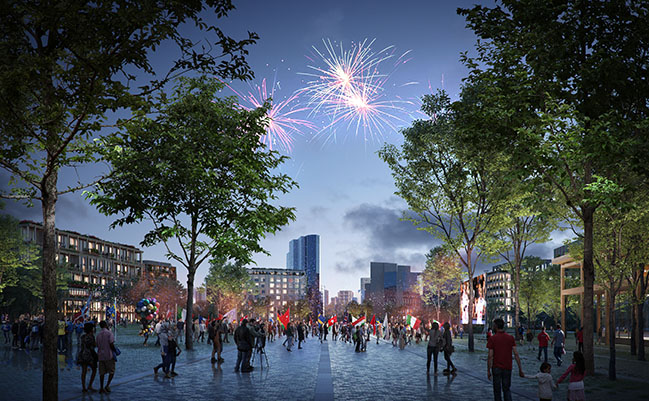 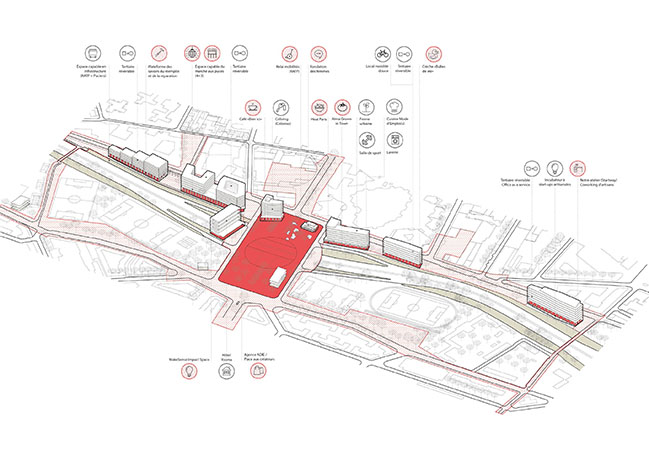 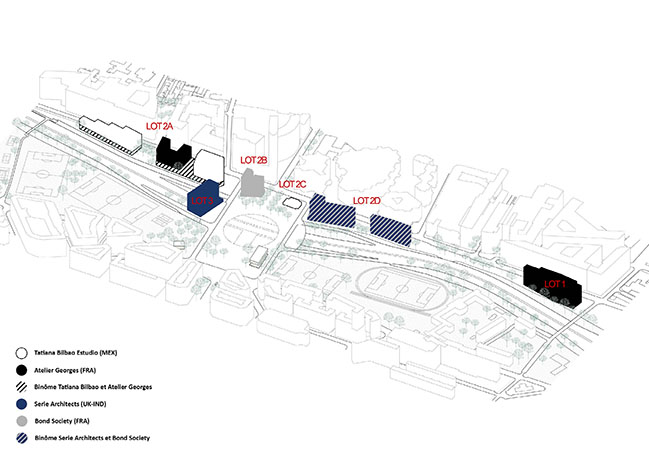 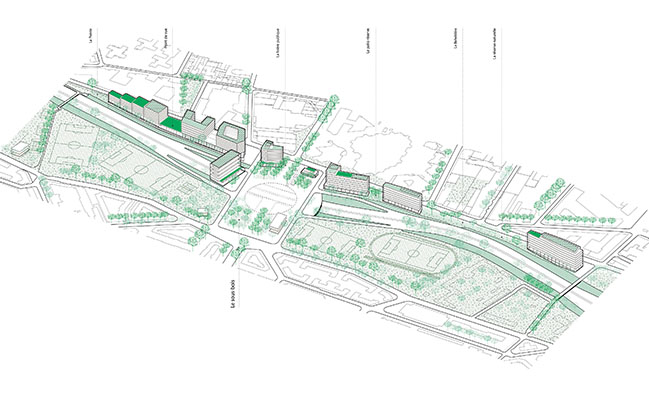 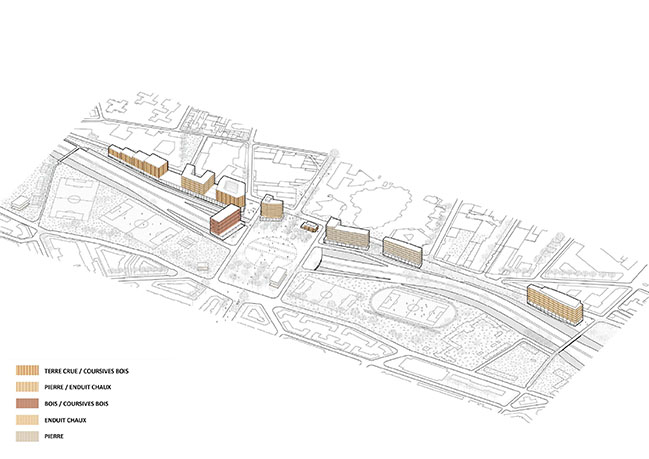 Collective for Climate to realise first zero-carbon neighbourhood in Paris

07 / 13 / 2021 The consortium Collective for Climate comprising Atelier Georges, Tatiana Bilbao Estudio, Serie Architects and Bond Society have designed what will be the first zero-carbon neighbourhood in Paris...