CRA designs a low-cost system for housing in rural communities

CRA is working with Indian non-profit organization WeRise to design and build a low-cost system for housing in rural communities. LIVINGBOARD provides access to basic services – from electricity to water treatment - while encouraging an open-source approach to design, allowing people to build their own dwellings on top of a prefabricated core. 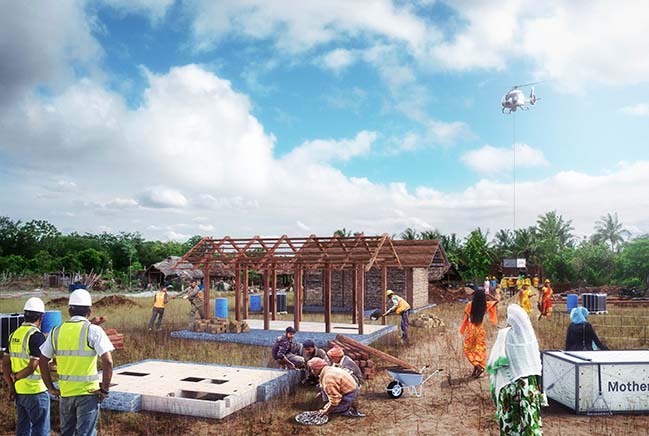 International design and innovation practice CRA-Carlo Ratti Associati is working with Indian non-profit organization WeRise to develop Livingboard, the prototype of a portable “motherboard system” to improve housing conditions in rural parts of India. Livingboard encourages an open-source approach to design, allowing people to build their own dwellings on top of a prefabricated core. The first pilot is currently under study for development in the Indian state of Karnataka, near Bangalore.

Livingboard is a flexible “core” system to support the development of housing initiatives in any rural area of the world. This core must be positioned horizontally, constituting the floor of a 12-square meter room (3x4m). It can provide, depending on the geography and infrastructure of the region in question, water storage and distribution, water treatment through filtration, waste management, heating, batteries to accumulate PVgenerated electricity and wi-fi connectivity. Also, from a structural point of view, it provides seismic isolation by separating the building's superstructure from the substructure. 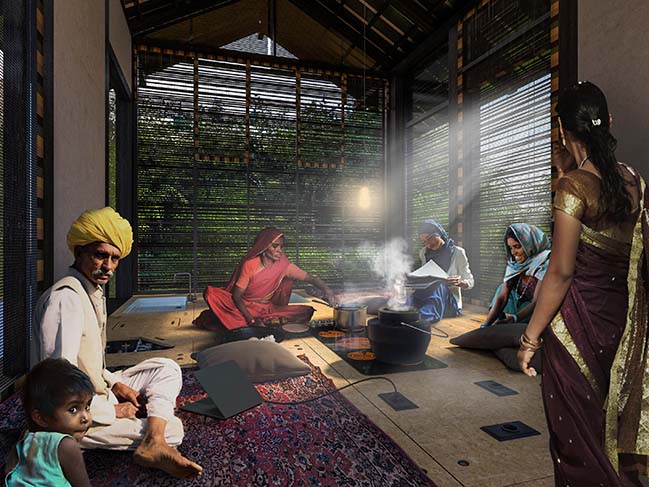 As Livingboard is compatible with different house designs, locals can build their homes on top of it, selecting from the motherboard’s basic functions and deciding on the housing structure to go around it in accordance with their needs and desires. Livingboard aims to become the focal point of domestic space, around which the house’s inhabitants can gather, cook, wash and read.

Made of low-cost materials that can be flat-packed, Livingboard also pays homage to 20th-century US inventor Richard Buckminster Fuller and his dream of "air-deliverable buildings," by which he meant, as he wrote in his 1969 book "Utopia or Oblivion," "whole cities can be flown to any location around the world [...] just as fleets of ships can come in to port and anchor in one day, or be off for other parts of the world." Today, Livingboard can potentially be carried by helicopters or even drones so as to reach any remote location.

Livingboard revolves around the idea that housing should not be a static unit that is packaged and handed over to people, but rather should be conceived of as an ongoing project wherein the residents are co-creators. In this way, the design is constantly evolving, allowing users to choose the features that work most effectively for them. The pilot currently under development for the Karnataka region aims to respond to the area’s climate and environmental conditions – characterized by a low precipitation rate – by treating and recycling homes’ greywater to irrigate agricultural fields. 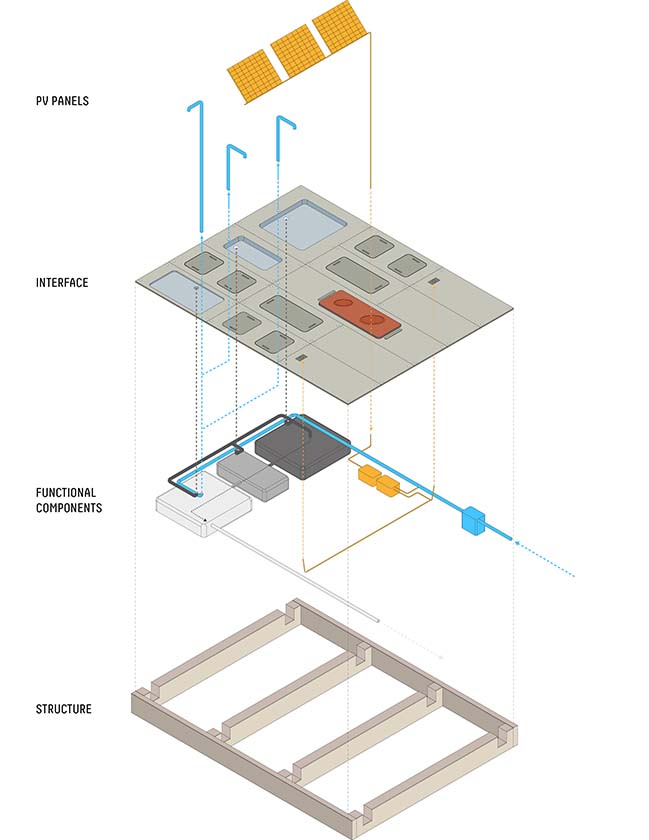 "The Maker movement has shown how empowering it is to put the new fabrication tools in the hands of people," says Professor Carlo Ratti, founder of CRA practice and Director of the Senseable City Lab at the Massachusetts Institute of Technology (MIT). "An important challenge for the next years will be to apply the same principle to construction – transferring the DIY attitude of Fab Labs to housing. This is the vision behind our design for Livingboard."

“The approach to this project developed together with CRA meets WeRise’s vision of improving living conditions in rural India, by adopting technology as a means of democratization,” says Adhya Menda, founder of WeRise.

“With this project, we want to empower local communities through an open-source approach,” says Emma Greer, project manager at CRA: “Our goal is not to super-impose any design category, but rather give local communities a tool to access basic services in their homes, while harmonizing it with their desires.”

The project continues CRA’s ongoing research in India and is strengthened by the collaboration with Italian non-profit organization “Mattone su Mattone,” which since 2009 has been working to guarantee the right for any person to have a home. Previous CRA projects that have touched on this theme in this part of the world include the Pankhasari Retreat, a connected venue for co-living and co-working in the Indian Himalayas, and Sri Lanka Safe(r) House – designed in collaboration with MIT Senseable City Lab – which investigates the development of technological strategies that can guarantee future safety at lower costs. 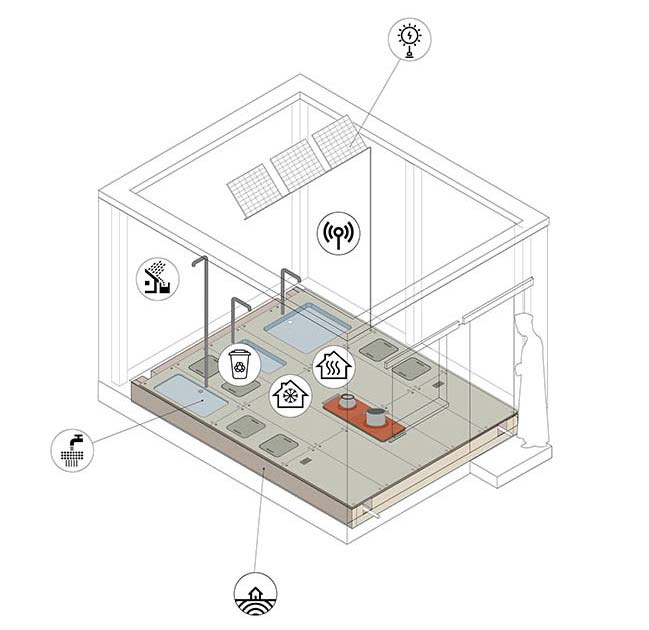 CRA designs a low-cost system for housing in rural communities

09 / 05 / 2018 CRA is working with Indian non-profit organization WeRise to design and build a low-cost system for housing in rural communities...