Latitude has been entrusted to design a café located in the eastern part of Beijing. With an area of ​​approximately 300 m2, CupOne presents a geometric layout based on the shape of a coffee cup that organizes space both vertically and horizontally. 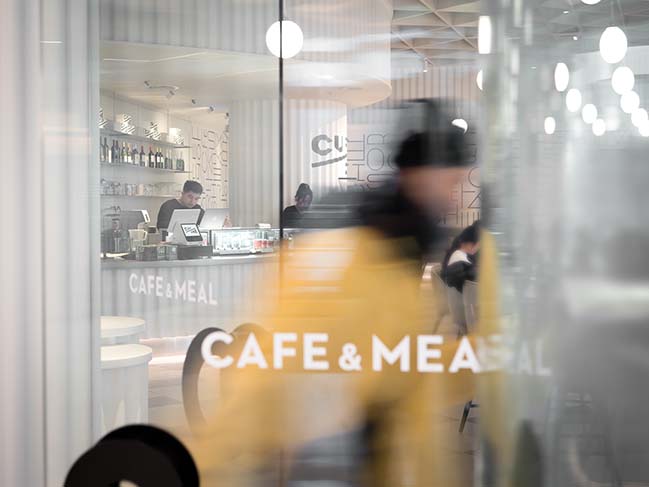 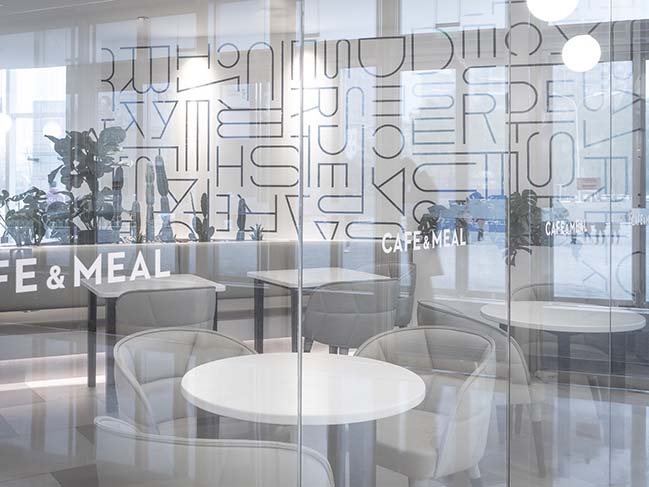 From the architect: Cafés are considered ideal spaces to hold public gatherings, events and conferences. They play an important role in our cities and are often associated with rest and comfort.

Bordering the walls, there is a running bench that extends in all directions toward the service counter with a rhythm defined by a fluid geometry. 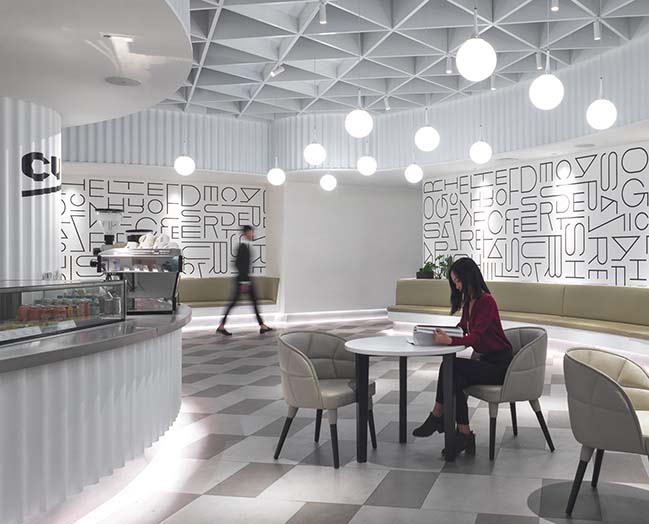 The roof follows alongside the sinuous line of the bench, freeing the center to allow greater height and a wider opening of the space, crowned with a lattice formed with triangular shapes. In addition to its functional importance as the main organizer of space, geometry also provides character to the café, through a dialogue between the different levels and directions of the walls: a soft wave that configures different areas, a lyrical rhythm generated by the repetition and alternation of circular geometry. 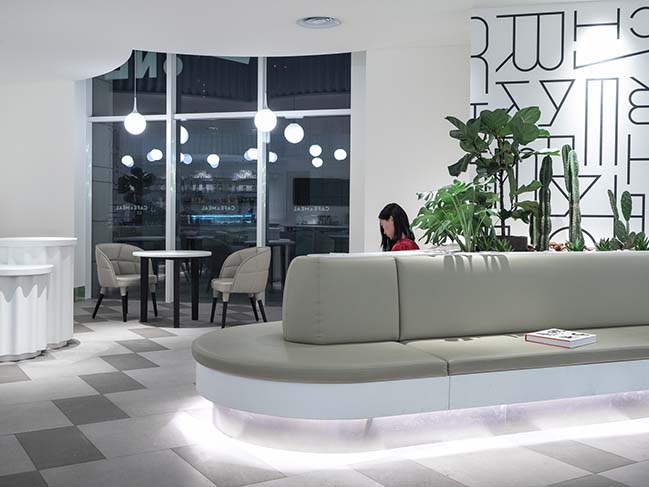 A thin sheet of glass completely clear from obstructions forms the main facade. At the entrance, a solid area wrapped by corrugated aluminum presents the name of the place to the customers. This is the same material used in the interior to create the ceiling and the bar counter. In addition to the central roof formed by triangular shapes without corrugation, triangular motifs are also used for the legs of tailored tables. 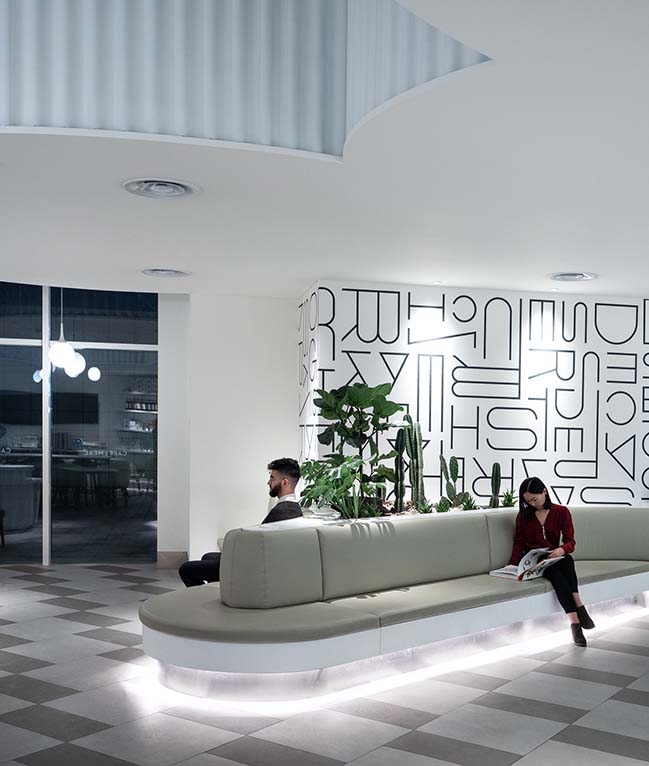 The bar counter, tiles, benches and the ceiling all follow a limited range of white tones. However, the texture of the corrugated aluminum, the lacquered wood of the tables and two shades of light gray used for the floor create a sense of depth, materiality and cohesion. 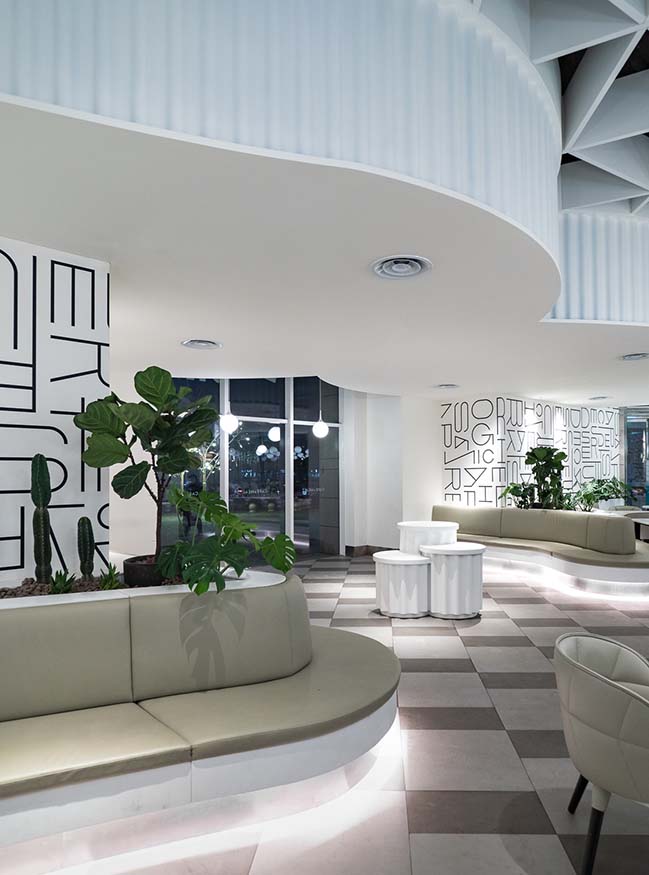 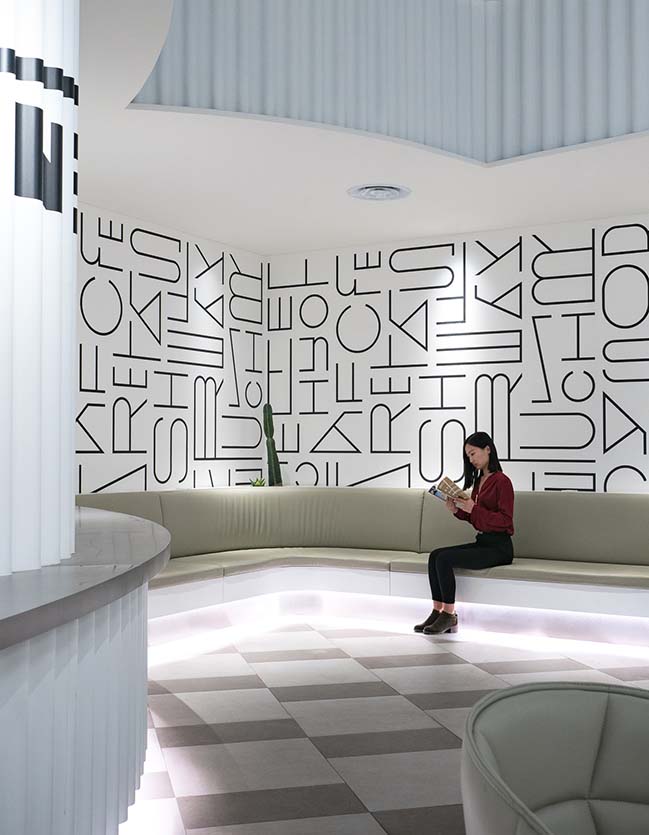 YOU MAY ALSO LIKE: MeePark CBD in Beijing by Latitude Architectural Group 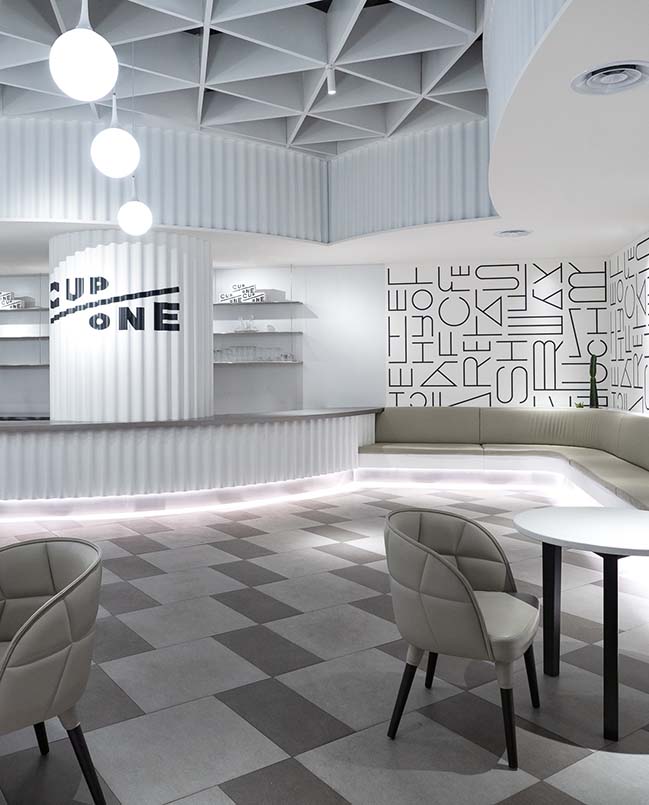 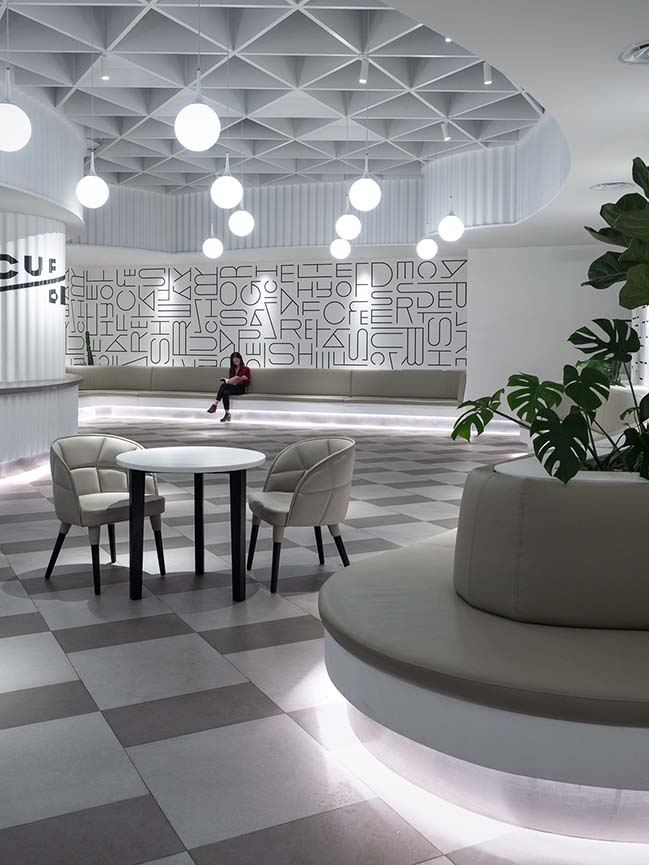 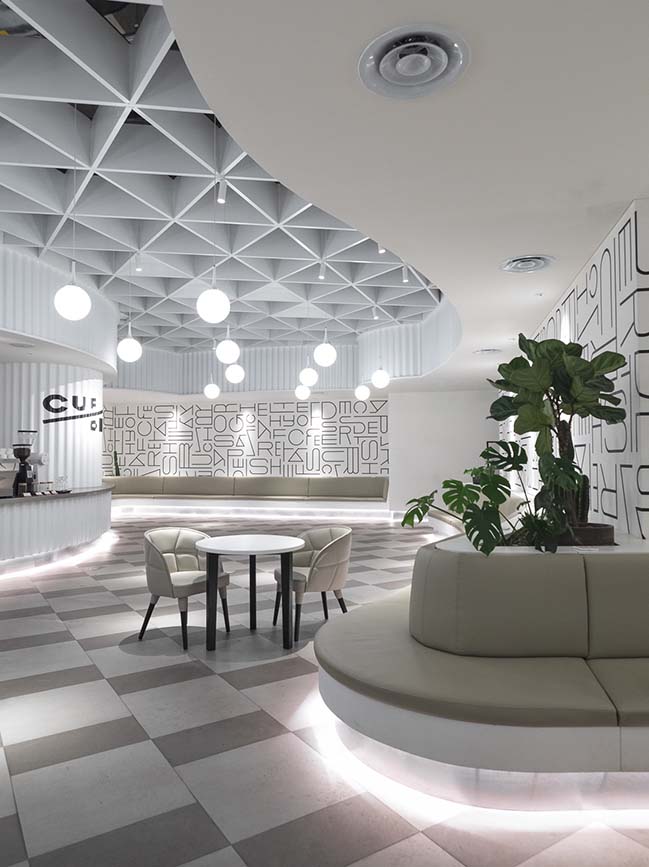 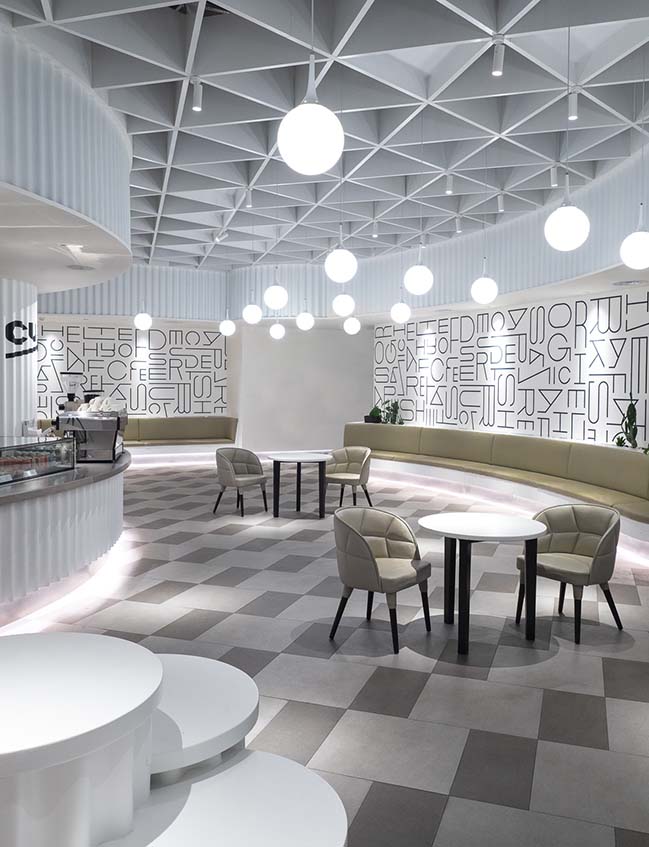 YOU MAY ALSO LIKE: Yangtze River Path by Latitude Architectural Group 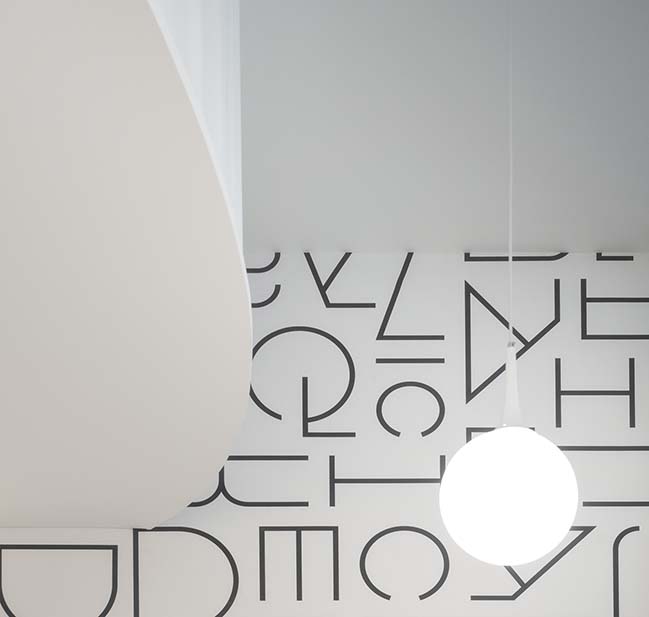 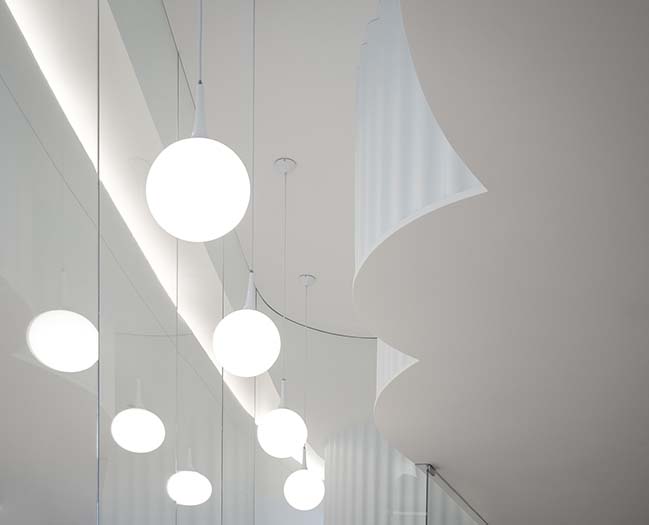 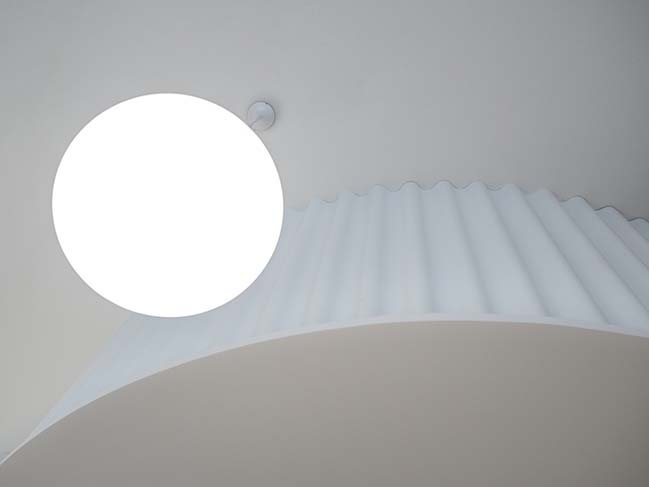 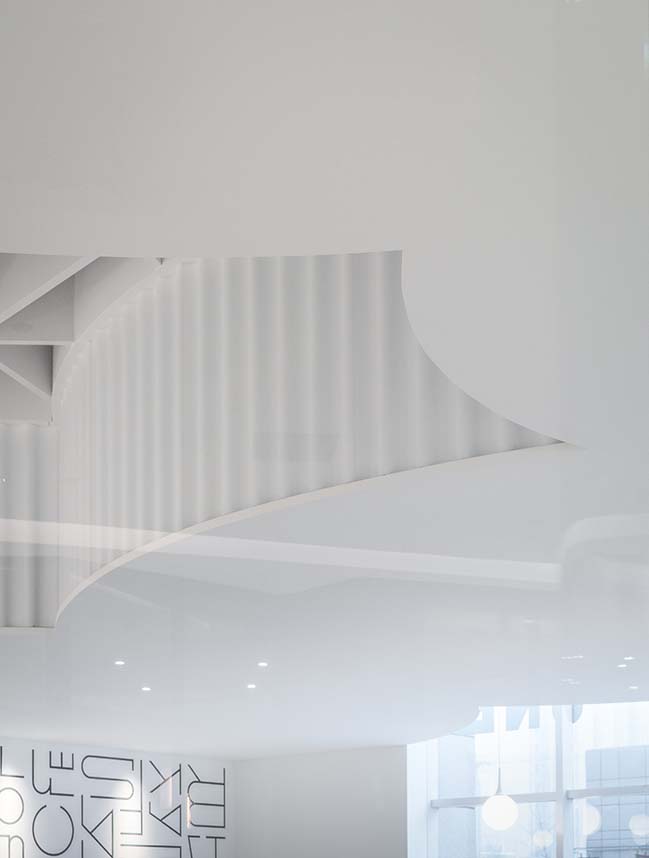 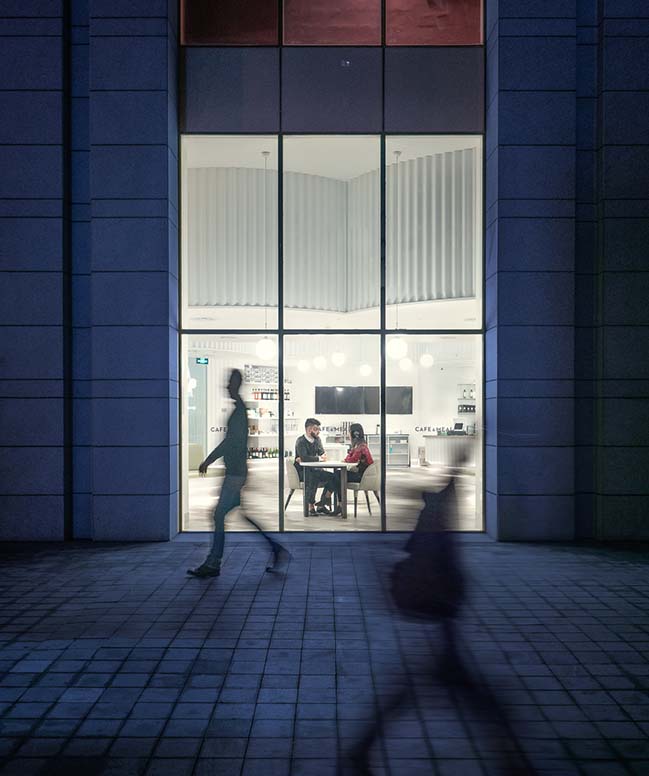 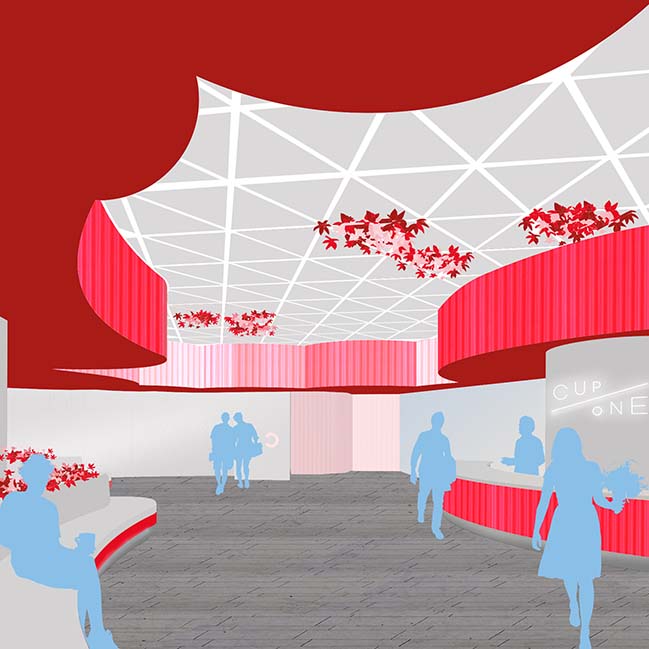 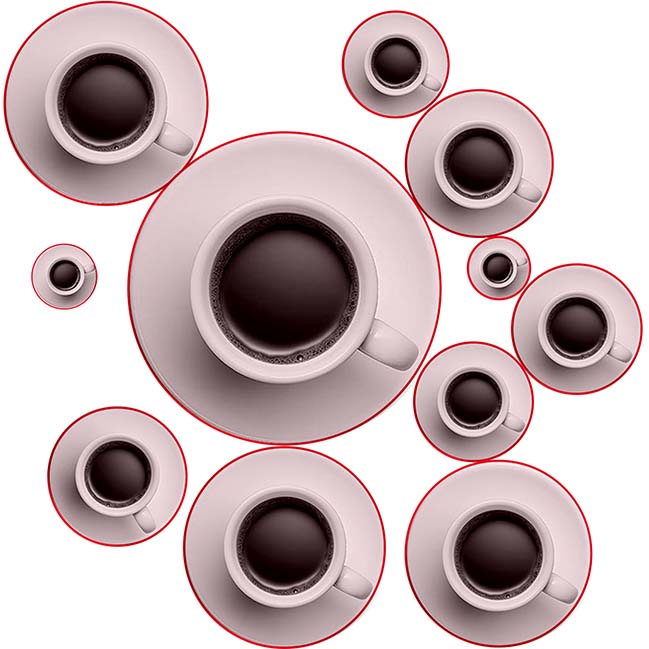 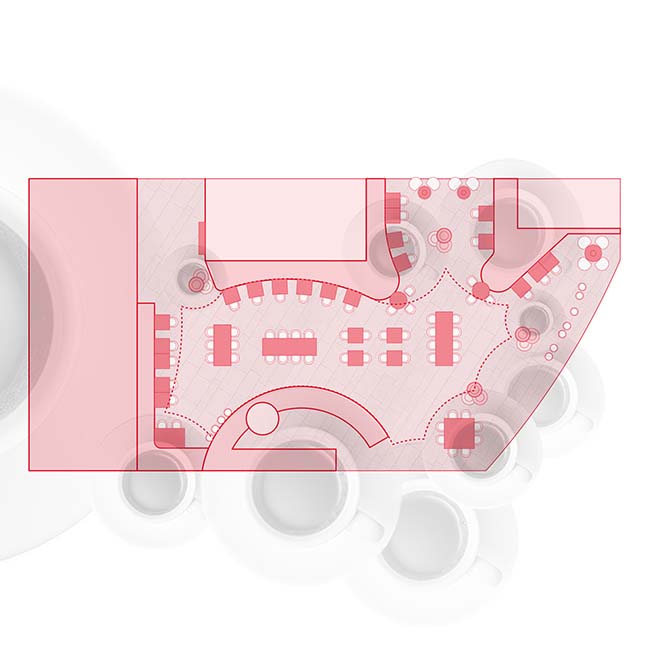 03 / 23 / 2019 Latitude has been entrusted to design a café located in the eastern part of Beijing. With an area of ​​approximately 300 m2, CupOne presents a geometric layout... 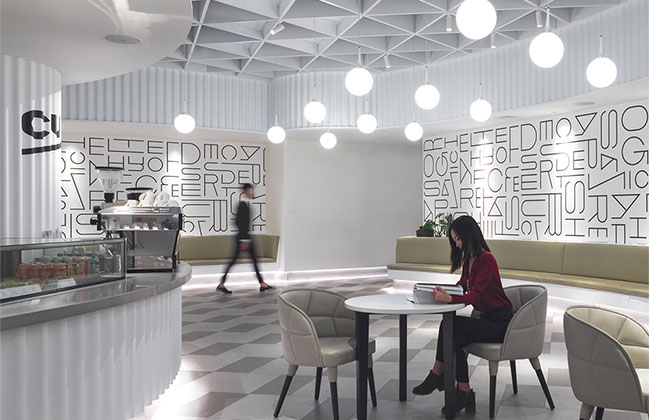