Datong Twin Towers is two towers located in Datong, China that was designed by Plasma Studio. 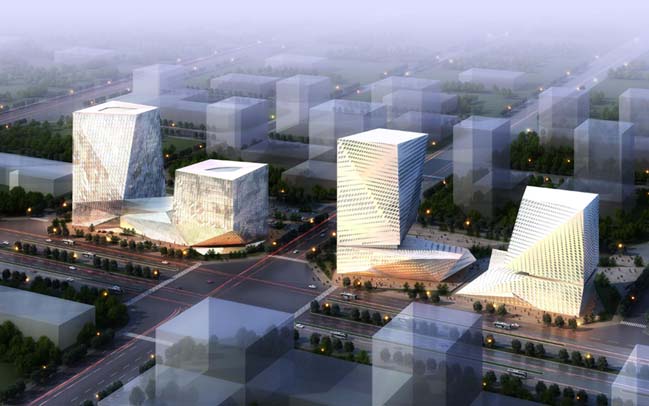 From the architects: The given typology of two towers above a rectangular four storey podium–a common typology in China–is a challenge. The two towers must suggest two separate programmatic functions; while the podium communicates a unified complex. 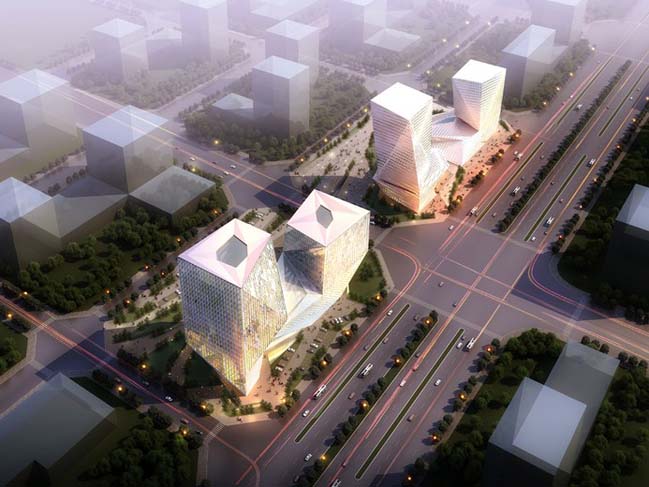 Our design emerges from this ambiguity: proposing a building that is derived from access flows and the surrounding urban landscape. The dual axis disposition of these vectors in turn influences the layout of the internal connections. 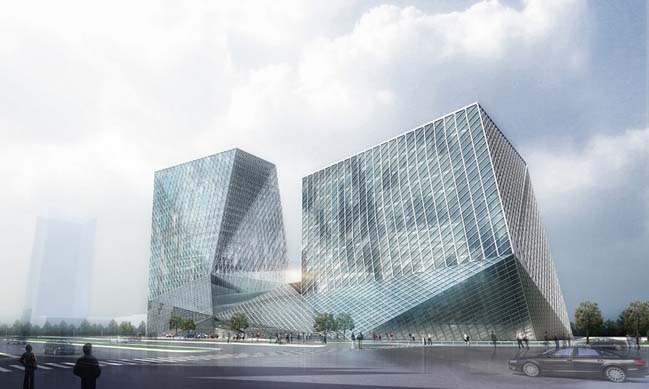 From simple mirrored symmetry, this proposal evolved into a dynamic 'yin and yang' formation connected by the spiraling ramp system that weaves the two towers together at lower levels. 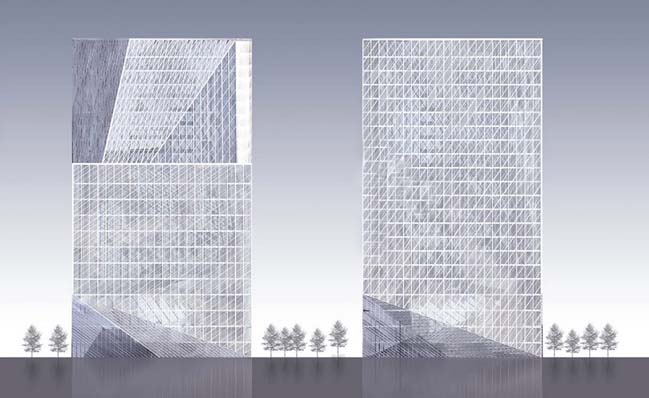 Spaces and connections grow from the base of the building, continuing in a loop that is deformed, to branch into the two towers, eventually extending to the roofscape. 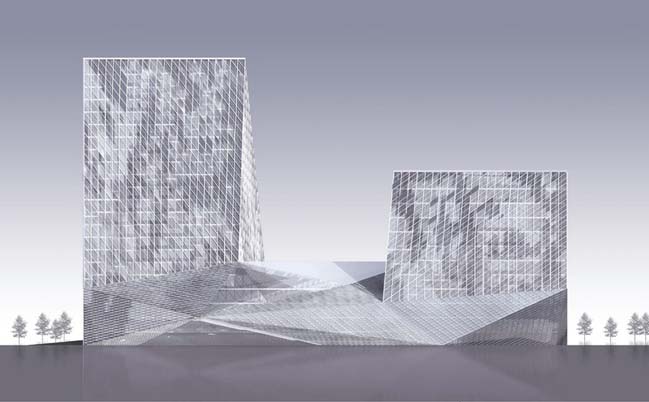 This unique network of connections and the intersection of different spatial qualities and densities transform and deform the twin towers type to create a more complex system. 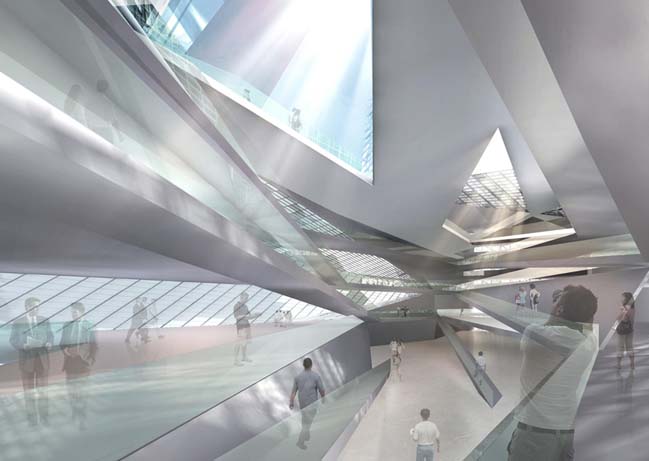 INTERIOR
The two central cave spaces, which host various events throughout the year, function as solar energy stores in winter and as wind towers in summer. This strategy works alongside a cooling and heating system driven by a geothermal pump to minimize energy consumption. In addition, the facade is designed to optimise daylighting and internal temperatures through passive systems, varying according to the type of activity that takes place within. 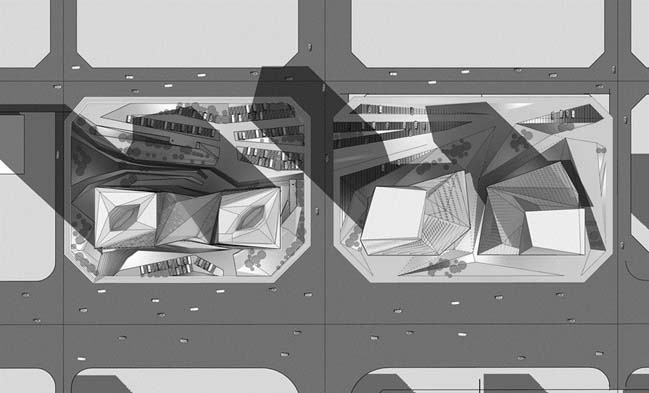 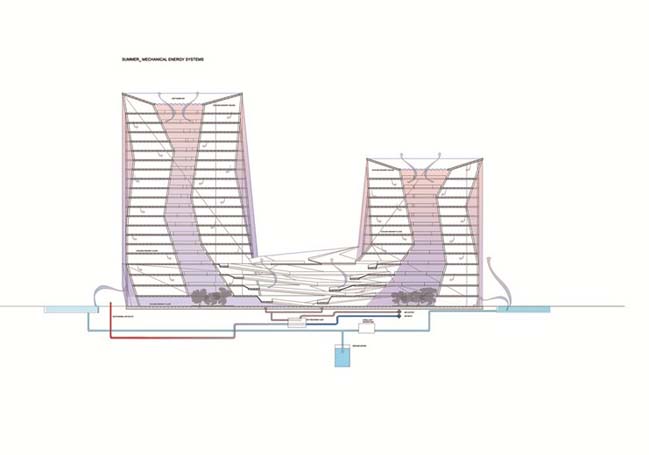 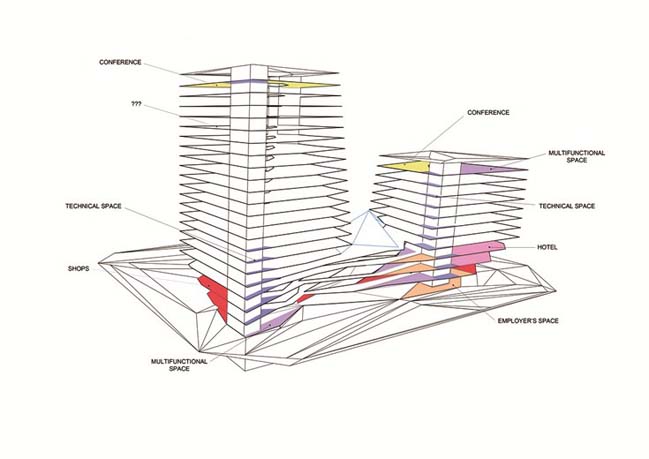 06 / 12 / 2015 Datong Twin Towers is two towers located in Datong, China that was designed by Plasma Studio.