Foster + Partners revealed designs for a mixed-use over station development at the heart of Sydney. The new 39-storey premium office building on the corner of Park and Pitt streets will create a vibrant mixed-use hub offering flexible office space with an elevated lobby and retail plaza in the heart of Sydney’s retail, dining and entertainment precinct. The design follows on from the work undertaken by the practice on five of the new stations on Sydney Metro City & Southwest. 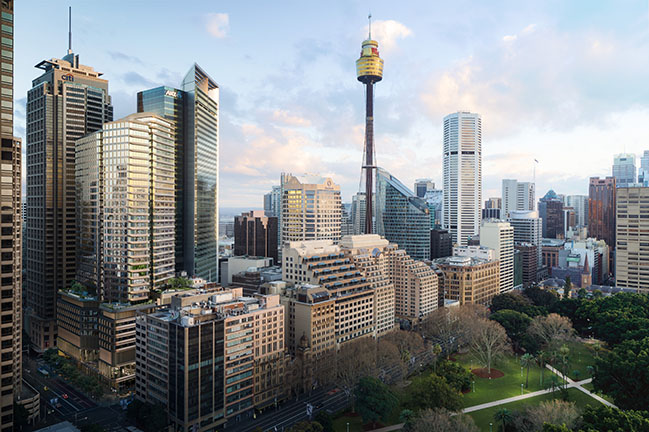 The building is located immediately above the northern entrance to Pitt Street Station, a crucial hub for the new Sydney Metro. Strategically located at the junction of Sydney’s southern CBD and the midtown retail precinct, the station stretches underground across an entire city block between Park Street and Bathurst Street. The north station entrance plaza naturally fronts onto the tree lined Park Street which is one of the most prominent east-west cross-streets in Sydney. 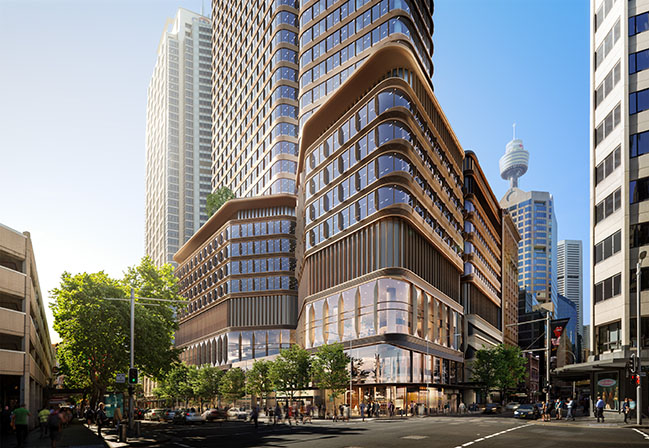 Ross Palmer, Senior Partner, Foster + Partners, said: “The Pitt Street north design is inspired by its unique park-side CBD context, bringing together office, transport, retail and public places in a coherent form. The podium draws upon the scale and materiality of its neighbours, with entrances emphasised through incisions that extend vertically and articulate the building as a cluster of three form. Each of these forms responds to views over the Harbour, Hyde Park and Town Hall. Its sandstone and bronze colour palette respond to the surrounding context in a contemporary and bespoke manner, delivering a project that reflects Sydney’s status as a truly global city. The Pitt Street north development will reinforce and frame one of the key gateways to the city with a design that celebrates the rich architectural heritage of the precinct and heralds the future of Sydney’s next-generation midtown.”

The entrance to the station is celebrated by a glass veil which allows daylight to flood the station plaza concourse throughout the day. Above this ‘veil’, the building has been articulated into three vertical blocks with curved corner glazing. A vertical recess in the facade continues seamlessly through the full height of the building and is centred directly on the station entrance veil. This urban scale massing creates a connection between the station and the building, articulating the south elevation of the building. The entrance lobby has a strong vertical emphasis and a triple height volume that leads up through two mezzanine floors of shops, restaurant and cafes to the commercial lobby spaces. 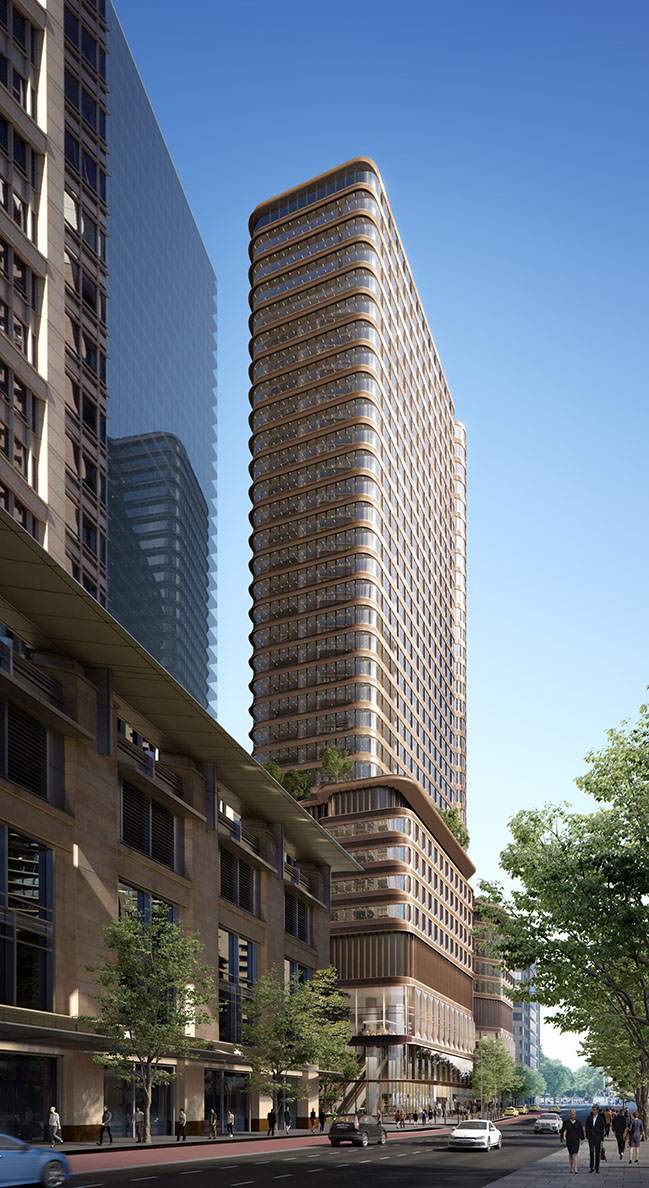 The building features a podium level whose datum follows the building heights of the two listed buildings adjacent to the site on Pitt Street and Castlereagh Street. The use of a sandstone and bronze palate of materials link the new buildings to these and other surrounding heritage buildings in the area. The massing has been carefully crafted to accentuate the building’s functions. The large flexible floorplate has two banks of lifts in a central core, allowing for continuous uninterrupted views of the surrounding parks and Sydney Harbour. The office spaces have been designed to allow interconnecting stairs, social hubs, breakout spaces, client meeting rooms and interaction spaces enriching the workspace.

The primary elevation of the building faces south with very little solar exposure and has minimal vertical sunshades to deal with low-angle early morning sun. On the east and west elevations, the glazed area is substantially reduced to reduce heat gain with an array of solid and transparent horizontal ribbons that help manage the high sun and maximise views to the parks and beyond. 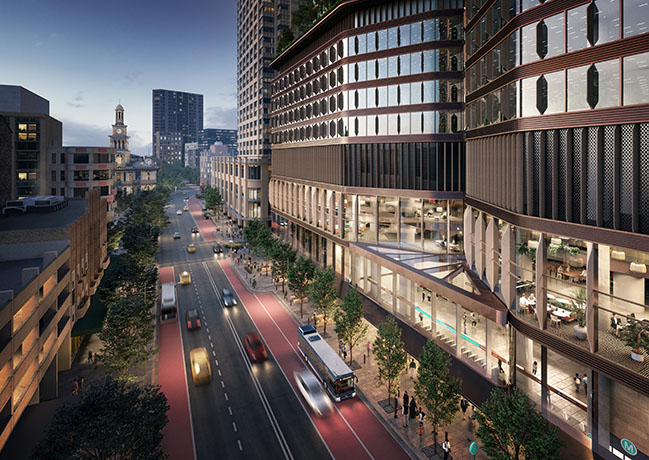