After a construction period of just 18 months and within the budget of 40 million euro the Isarphilharmonie concert hall in timber module construction, with about 1,900 seats, has now been completed... 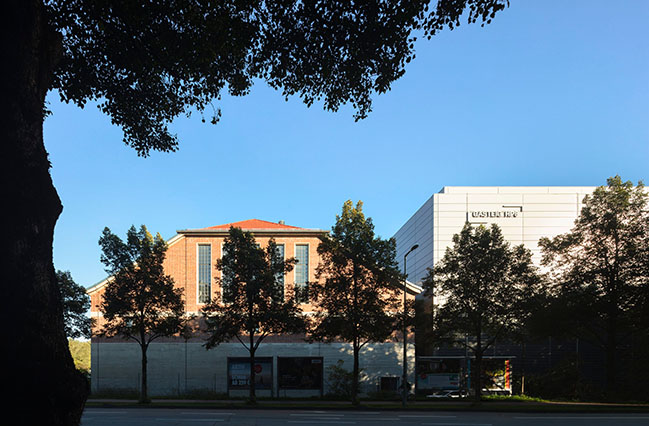 From the architect: In combination with the former transformer building (Hall E), which has been refurbished to listed building standard, it will become the focal point of Gasteig HP8, the venue for Europe’s largest cultural center during its general overhaul.  The architects von Gerkan, Marg and Partners (gmp) have succeeded — within a very tight time frame and budget — in creating an attractive venue with top-class acoustics of international standard that establishes the former Stadtwerke site in Sendling sustainably as a new, vibrant cultural quarter in Munich. 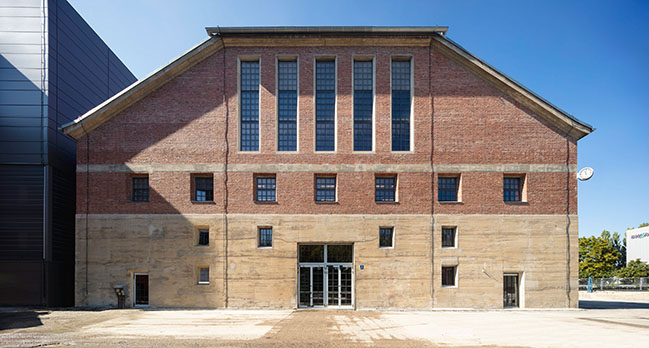 The site at Hans-Preißinger-Straße 8 (“HP8”) is characterized by existing industrial, workshop and administration buildings that are now being used as artist studios and for other creative enterprises. In this organically grown urban fabric, three further modular buildings are being built in addition to the Isarphilharmonie building. They will house institutions such as the Munich Adult Education Center and the Munich University of Music and Performing Arts, as well as a restaurant and other event venues. Their positioning in the urban design context is based on a design by gmp and emphasizes the former transformer building (Hall E) as a spatial and functional center of the quarter, which opens out towards the River Isar and the Flaucher park. 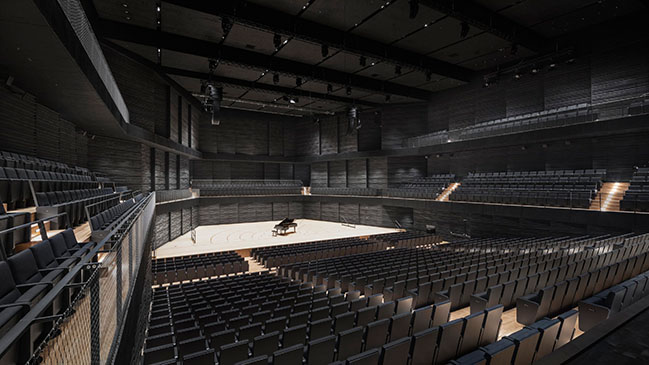 By utilizing Hall E for the HP8 center, a new public facility is being created at the banks of the River Isar, which will exist beyond the Gasteig use period. At the same time, the industrial character dating from 1929 will be preserved. The external appearance is dominated by concrete and red-brick facades, whereas the interior features a building-high atrium with top lighting and blue balcony railings fronting the surrounding tiers. In addition to the Isarphilharmonie foyer on the first floor, a branch of the Munich Public Library with an events venue, seminar and meeting rooms, and arts agency and eatery premises round off the room schedule, thereby creating a public space that will be popular and busy throughout the day. 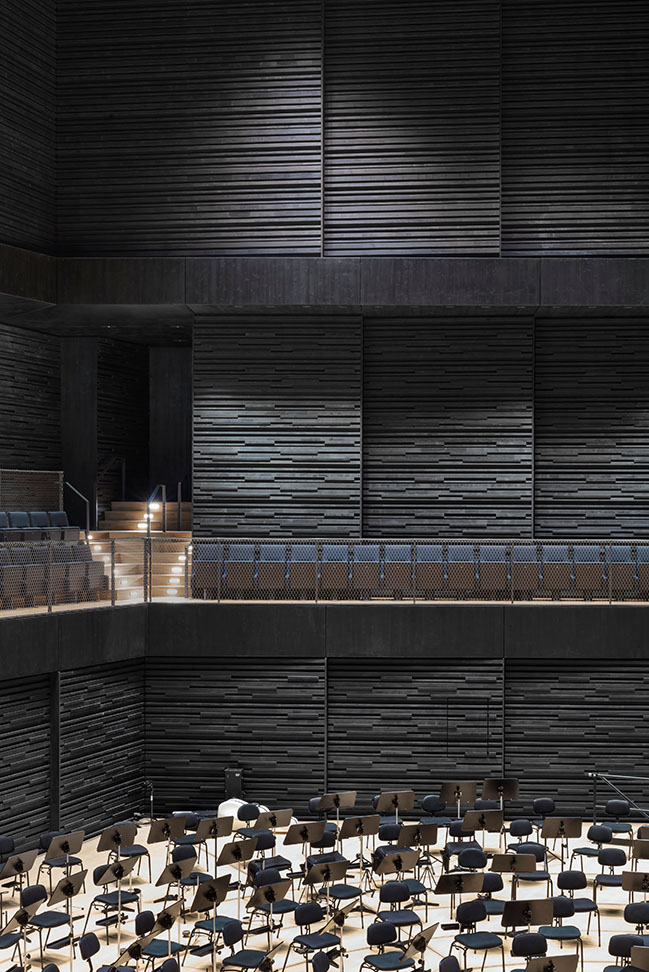 The existing building and the new modular building are separated by a glazed joint, which also contains the access steps to the concert hall. The new building is made up of two separate construction systems: the core of the building is the concert hall in modular timber construction. In cooperation with structural engineers schlaich bergermann partner sbp, gmp developed the hall as a push-fit system of solid timber elements. To shorten the construction period, these elements were prefabricated while the outer steel structure was being erected; they were then assembled on site and faced with an industrial cladding system suitable for the time-limited service life. The use of single-skin floor and wall elements made it possible to further reduce the construction period. 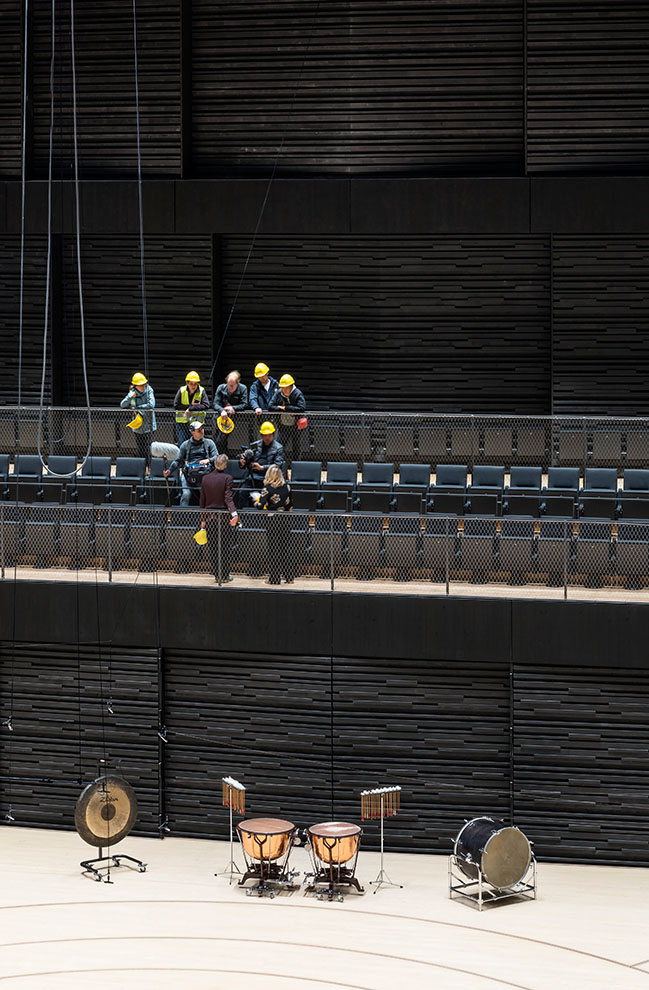 “Like a violin in its case, the concert hall has been designed as a building within a building. The modular timber building fits into the system construction shell, which is reduced to its basic protective function; taking into account precise acoustic requirements, the design has been completed to the last detail”, Stephan Schütz, partner at GMP, summarizes the design concept. 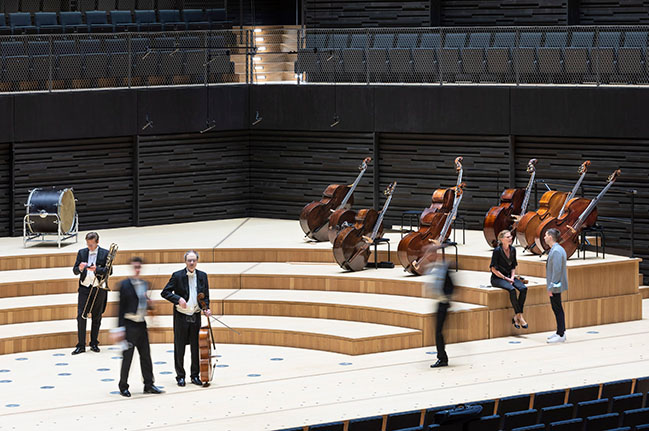 The hall has been designed in the form of a classic “shoe box”, in which the orchestra takes its place on the front stage. The overall design principle of the interior was determined by the demanding acoustics requirements. From the very beginning of the design process and in close cooperation with Yasuhisa Toyota and his team of Nagata Acoustics, gmp developed the geometry of the space in accordance with acoustics principles. With the overlapping arrangement of the prefabricated elements in saw-tooth formation and their rough surface, in combination with the geometry of the stage area, the rising parquet, and the seating, the sound-reflecting surfaces combine perfectly for the purpose of good acoustics. The result is a very special sound experience; in addition, an intimate atmosphere is created by the dark coloring, whilst the light-colored wood of the stage attracts the attention of the audience. 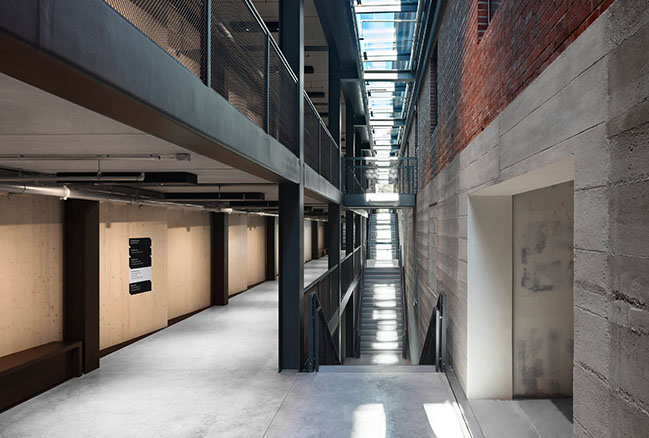 “From the outside, the Isarphilharmonie building may appear plain but on the inside we did not economize on anything”, says Max Wagner, Managing Director of Gasteig München GmbH. “Everybody was immediately delighted with the vibrancy of the hall and with the sound experience”. 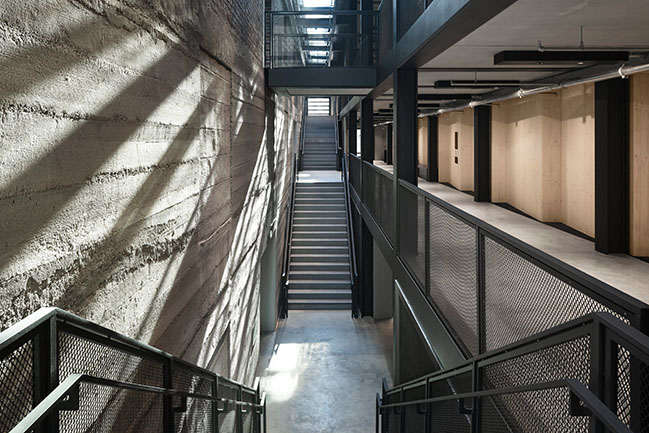 Surrounding the concert hall, between the hall itself and the facade, is an area with service functions that will also serve as a buffer between the exterior and the hall with its very demanding requirements in terms of climate and acoustics. The outer building envelope, which was designed to reflect the economic constraints of a limited service life, was implemented by Nüssli, a company from Switzerland. The system makes it possible to replace the building facade at low cost, for example if it can be foreseen that the use of the concert hall is likely to continue beyond the planned period. 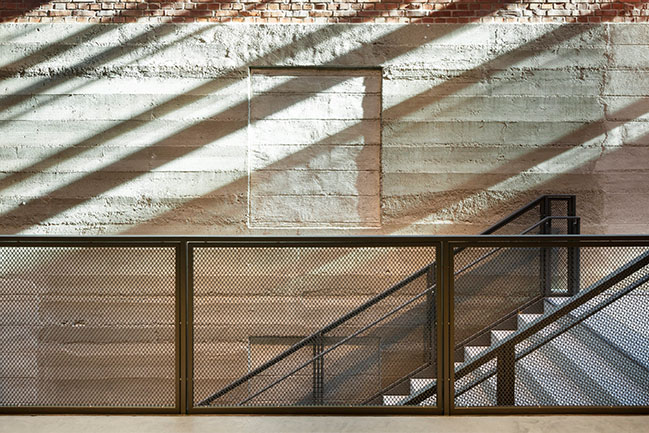 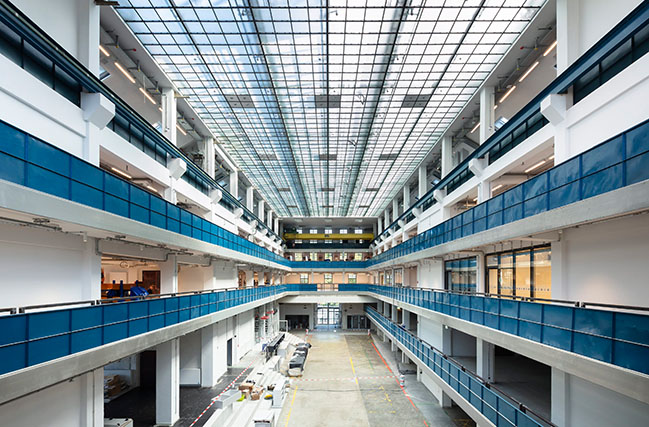 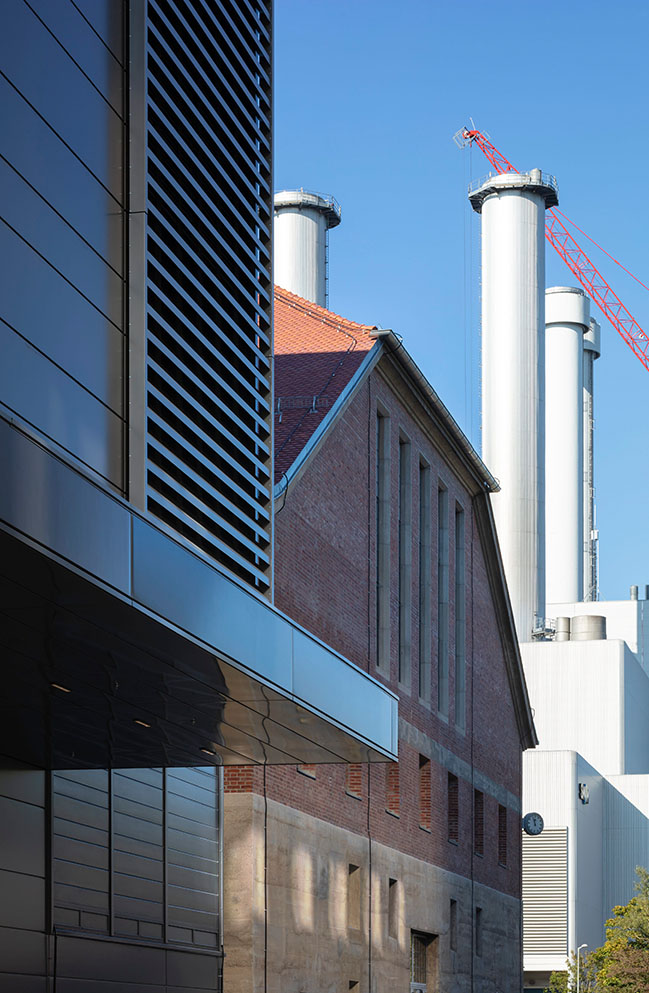 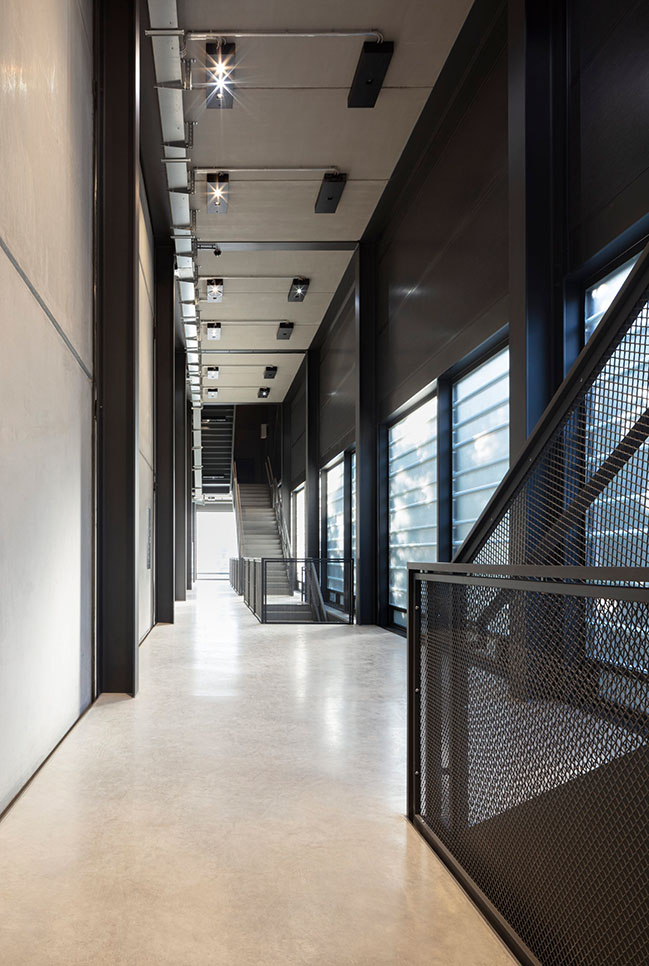 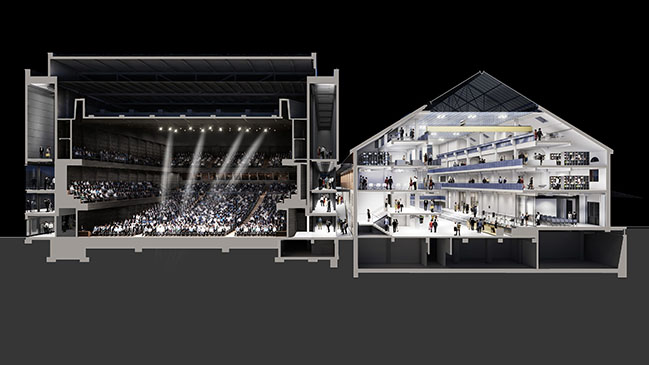 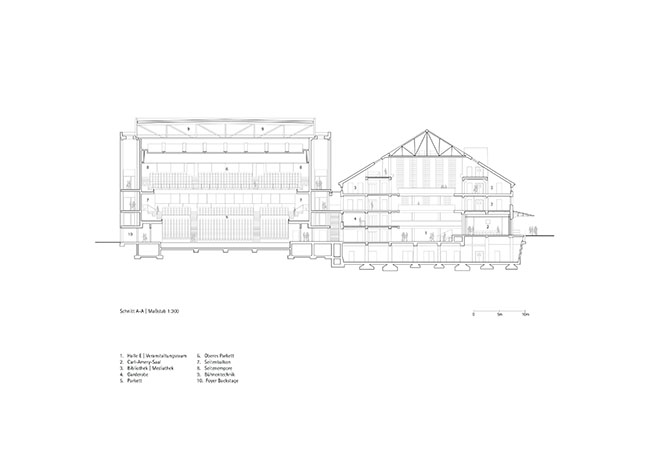 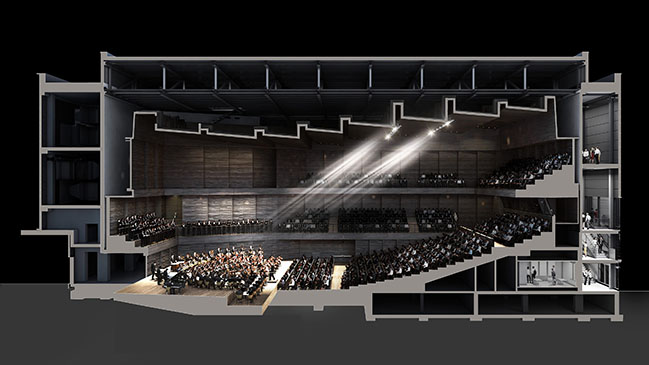 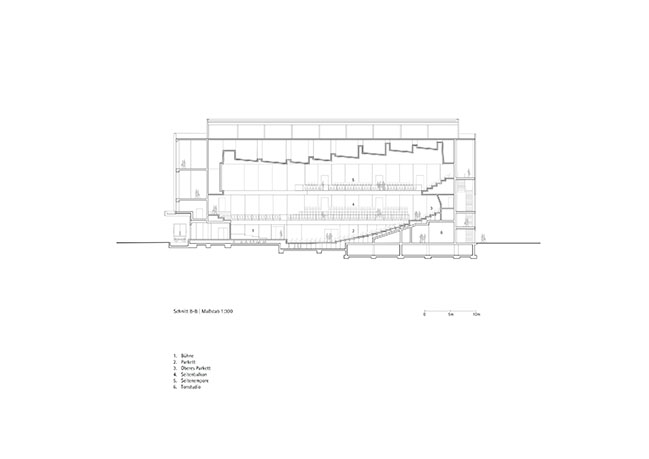 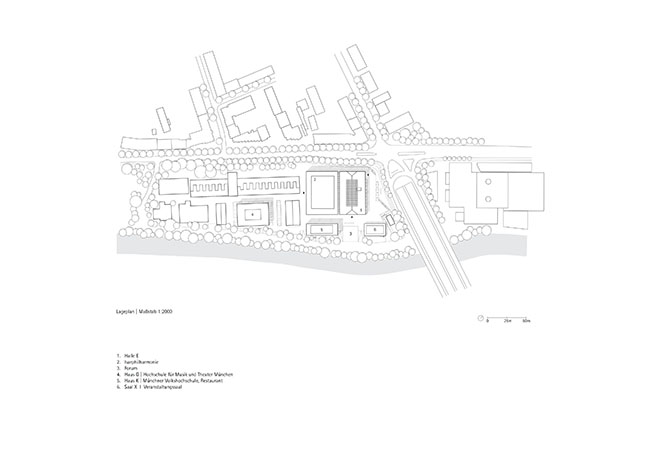 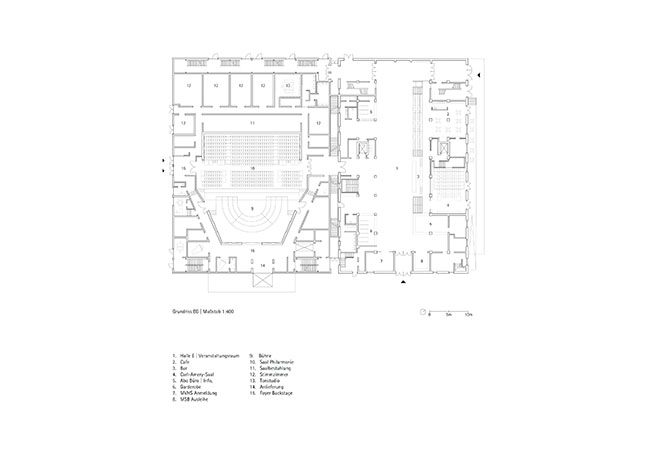 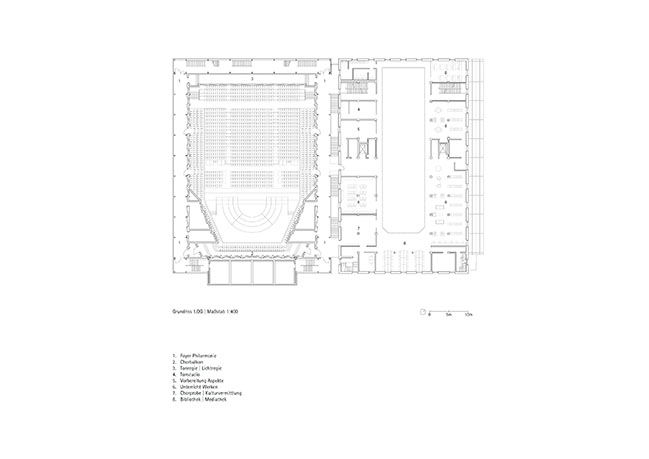 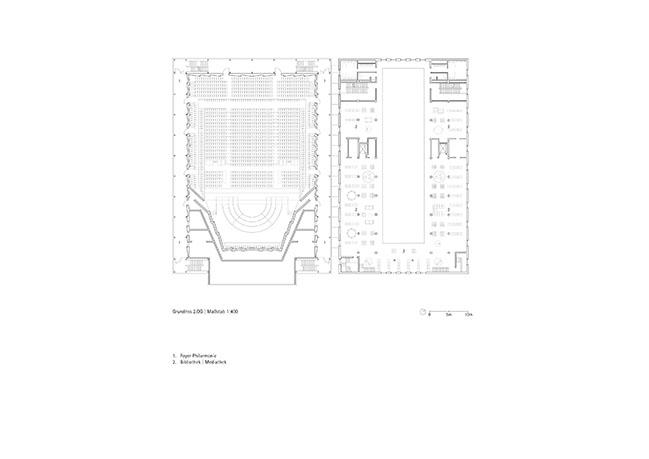 10 / 01 / 2021 After a construction period of just 18 months and within the budget of 40 million euro the Isarphilharmonie concert hall in timber module construction, with about 1,900 seats, has now been completed...