The site of the new building was destroyed during World War II bombings and will be redeveloped by Antonio Citterio Patricia Viel (ACPV) for both residential and public use... 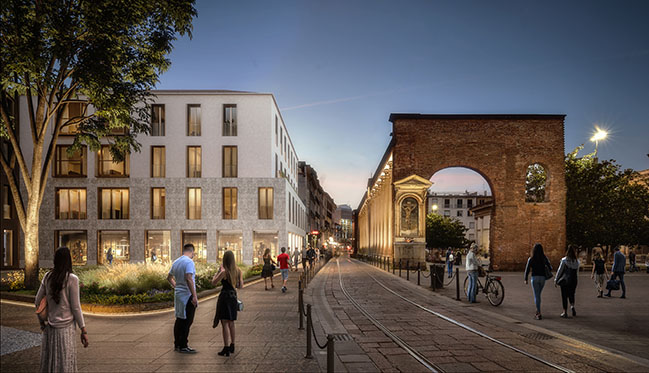 From the architect: International architecture and interior design practice Antonio Citterio Patricia Viel (ACPV) unveils the design of Gate Central, a new mixed-use complex conceived in the spirit of sustainable urban development. Located a stone’s throw away from some of Milan’s most visited monuments, Gate Central will offer 1,700 sqm of residential and retail spaces while regenerating an area that was heavily bombarded in wartime Milan, reimagining it for public enjoyment and as a lively residential space. 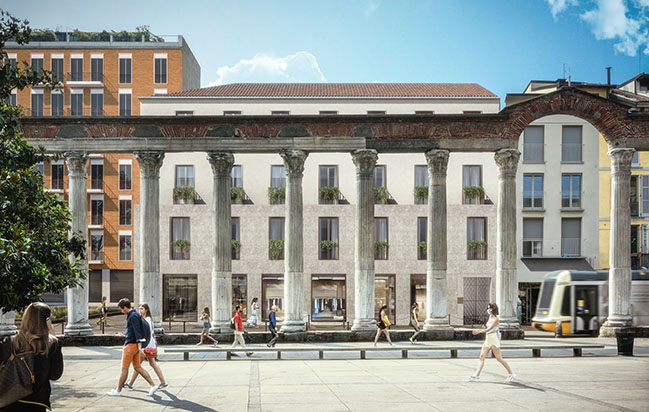 The four-story Gate Central building comprises eight new residential units and includes ground- and underground-floor retail space. The creation of a green, semi-public internal square that connects Via dei Fabbri to Corso di Porta Ticinese guarantees pedestrian accessibility, while a generously lit glass-clad stairway for residents illuminates the pedestrian area in front. The tranquil, secluded square, open to the public in the daytime, is designed as a new meeting place where people can come together and enjoy a series of leisure activities, or simply rest on the stone benches among the flowerbeds. 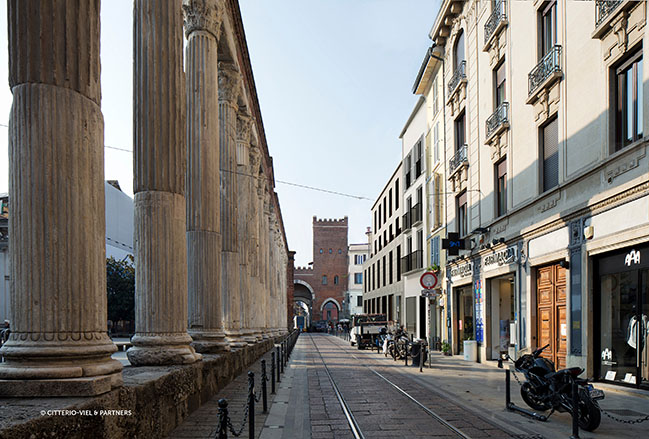 “This new pathway between Via dei Fabbri and Corso di Porta Ticinese will introduce a series of new public spaces for the enjoyment of the local community,” says Patricia Viel, co-founder of ACPV. “The project for Gruppo Building will revitalize the historical urban fabric with a new building and the creation of green public spaces that will fill the void left by World War II bombings.” 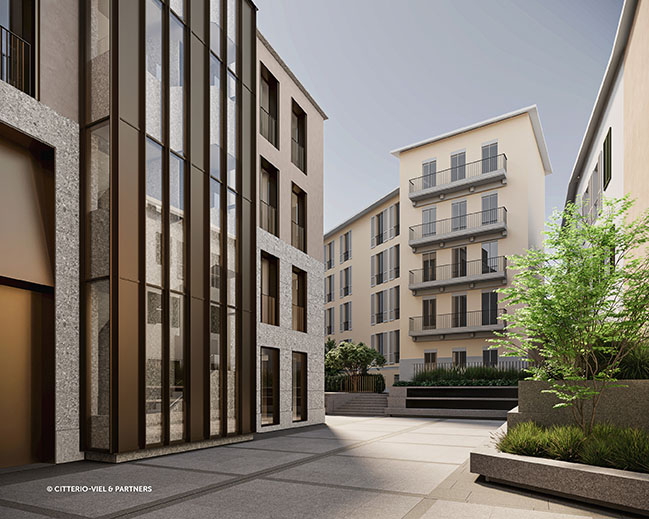 The building features windows framed in burnished bronze and natural Ceppo di Grè stone on its façade, giving it a uniquely Milanese touch. The roof structure will be covered in bent tiles made of Possagno clay.

“The building’s contemporary architecture and its materiality, which recalls building traditions from the past, will establish a unique relationship with the nearby historic monuments that include the medieval Porta Ticinese city gate, the ancient Roman Columns of St. Lawrence (Colonne di San Lorenzo), and Basilica of St. Lawrence (Basilica di San Lorenzo) – one of the oldest churches of Milan,” says Sara Busnelli, ACPV partner, in charge of the project. 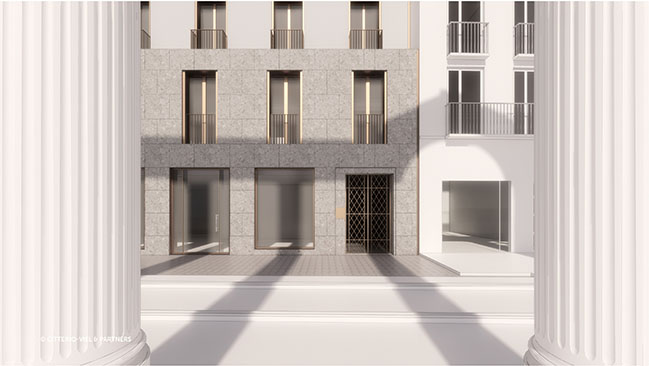 Gate Central has been conceived as part of ACPV’s mission to improve citizens’ quality of life by responding to their needs in a balanced manner. The new residential complex at Porta Ticinese contributes to the urban regeneration of the entire area by integrating multiple functions for both private and public use in a sustainable way. 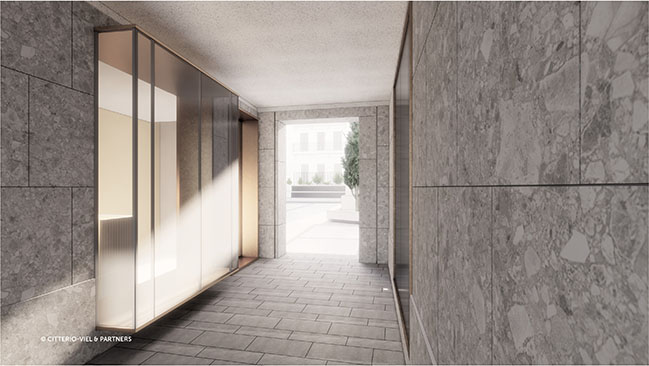 YOU MAY ALSO LIKE: Golden Gate by Napp Studio & Architects 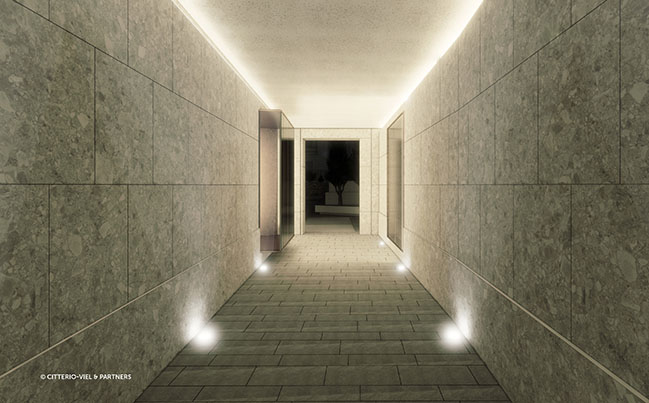 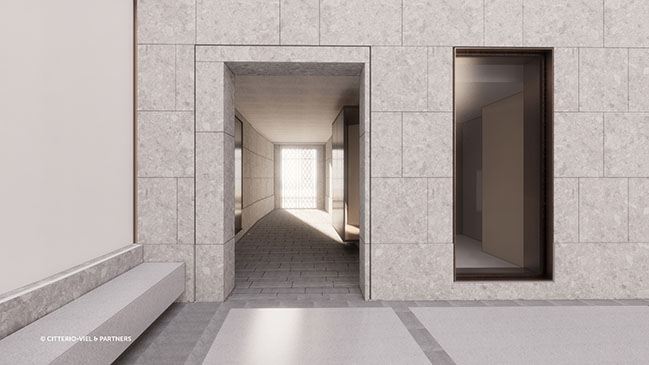 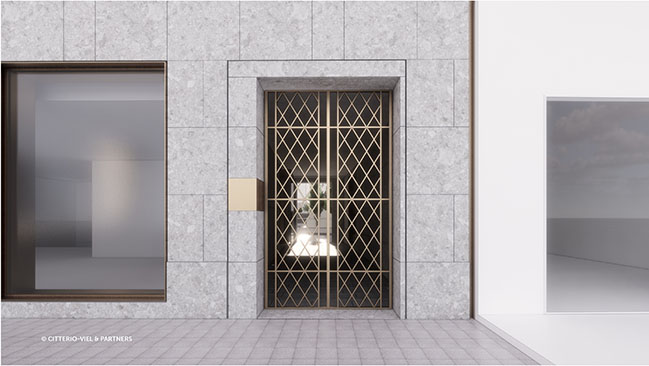 YOU MAY ALSO LIKE: Mara Views Residential by Ramón Esteve Estudio 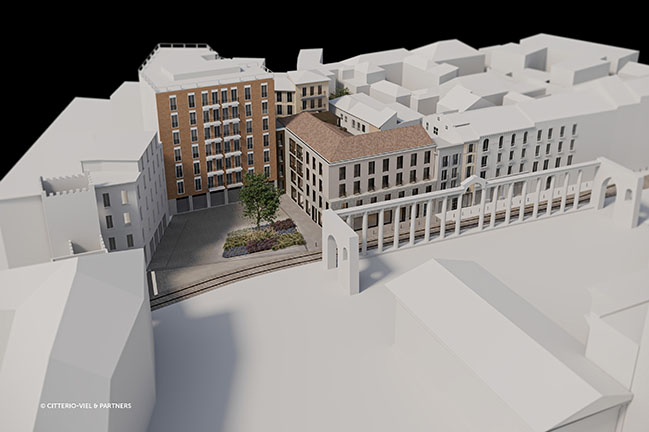 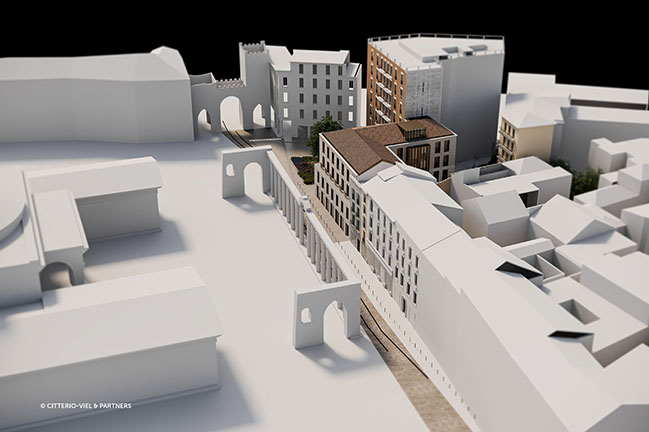 YOU MAY ALSO LIKE: Frame: residential complex on the Italian coast by Pierattelli Architetture

06 / 24 / 2021 The site of the new building was destroyed during World War II bombings and will be redeveloped by Antonio Citterio Patricia Viel (ACPV) for both residential and public use...