Gate House is a Shabu-Shabu restaurant, serving food which is sourced from a local family farm in Siheung, South Korea. 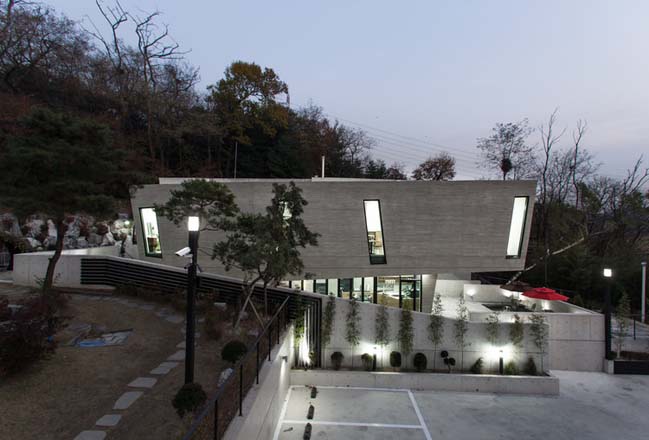 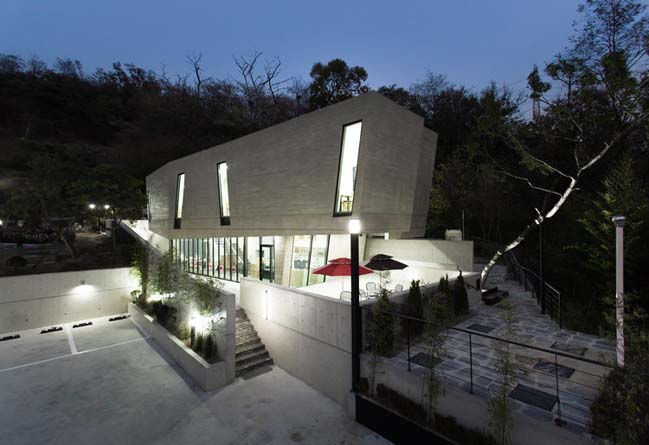 Project's description: The buildings are finished in varying forms of exposed concrete to reflect the different use of the building inside. The water well was further incorporated into the functionality, where it is used to provide water throughout the building, as well as irrigation for the restaurants micro-farm on site. 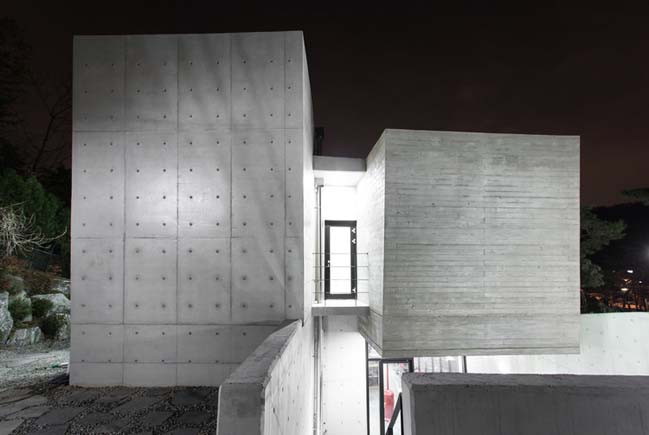 The Clients grew up near the site and recall their family using the natural well during their childhood. After spending most of their working lives in Seoul their dream was to move back and create a restaurant which provided the local community with home grown produce. 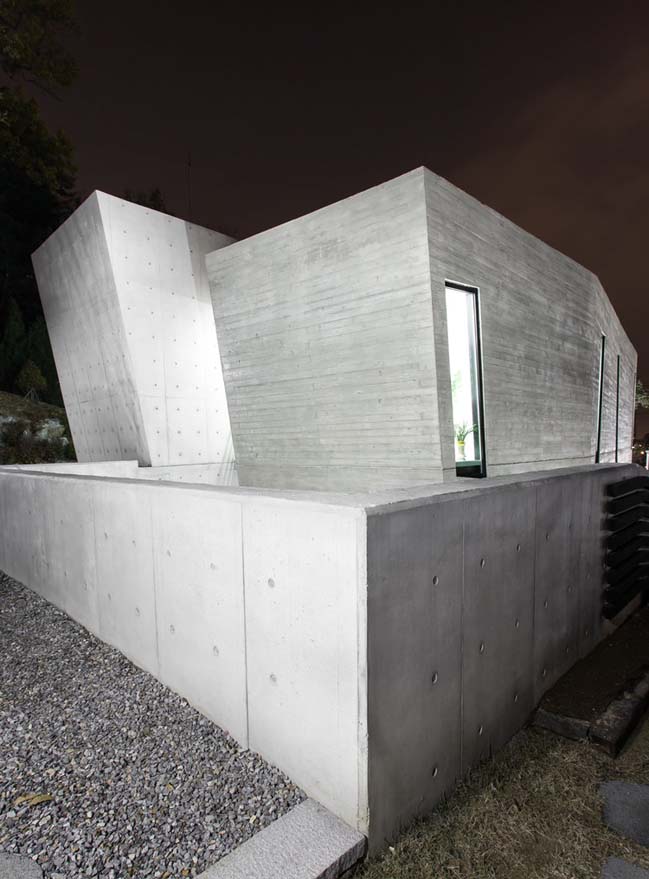 Historically, the natural water well was used by the locals and served as a central meeting point for the community, but became disused once running water was provided in years past. 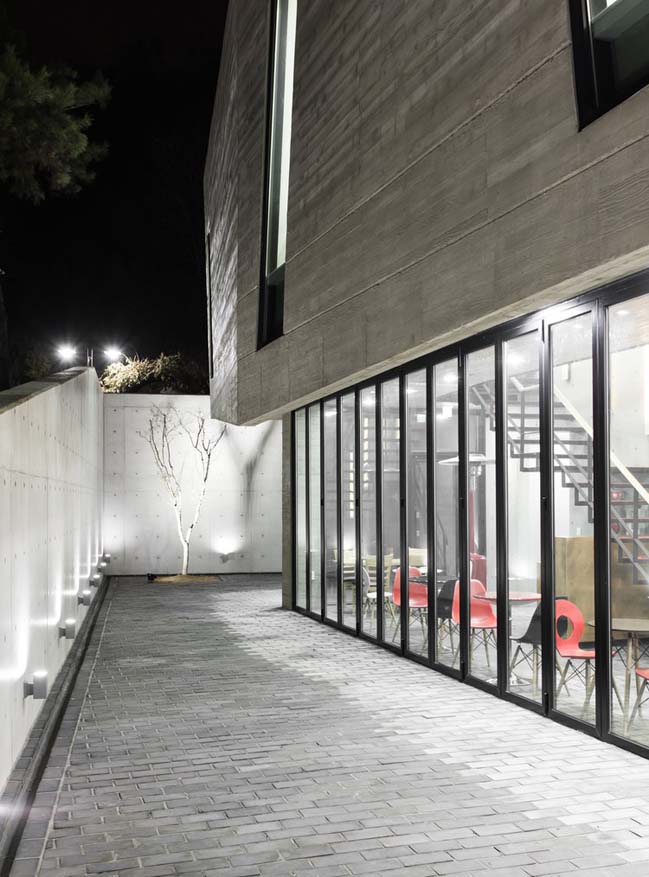 With this in mind, our design approach was to re-establish the well by using it as an aesthetic cue, and also to incorporate it in a practical sense. 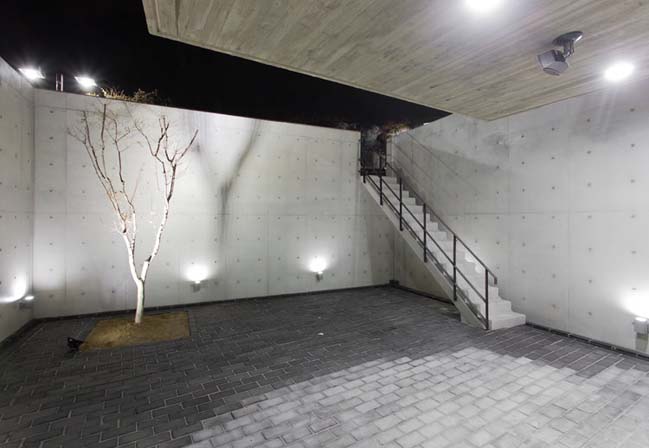 The building is formed with three masses. The masses are positioned carefully into the landscape and within the retaining walls which frames the sites sloping topography. 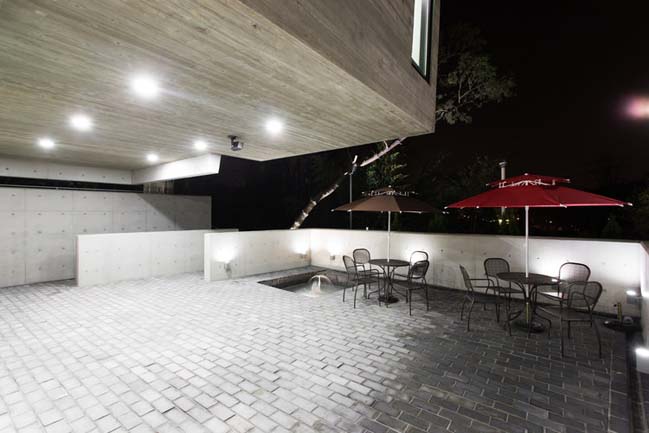 The lower volume in closest proximity to the water well, is a glass transparent lightweight box, which conveys water. The two solid concrete volumes take vessel like forms. The first one provides the ‘serviced area’ and is finished in timber board exposed concrete. This volume is where customers are served, with the seating, dining area and lounge. The other solid concrete form is the ‘service area’ which is purposely finished in traditional exposed concrete formwork to differentiate itself from the other volumes. This space is where the kitchen, plant, WC, storage areas, and services are positioned. 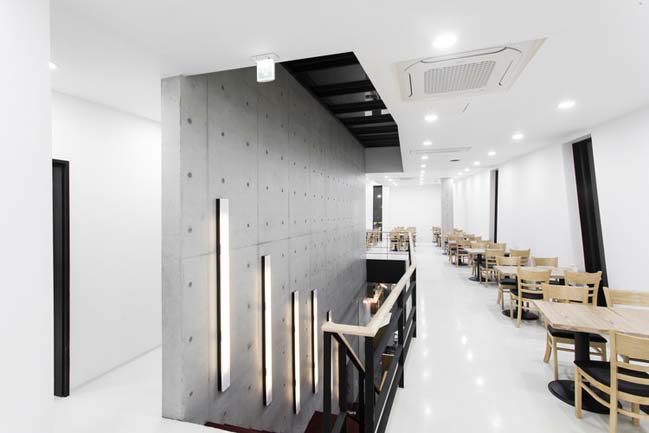 To highlight the water well, a connection was formed from the existing well, which brings the water through to a viewable chamber now located in the external terrace, under the 4.7m long cantilever. An exposed trench which is positioned at the foot of the retaining walls, shows this diversion of water to the chamber. This also acts as a water store which is used to transfer the water back through the building. 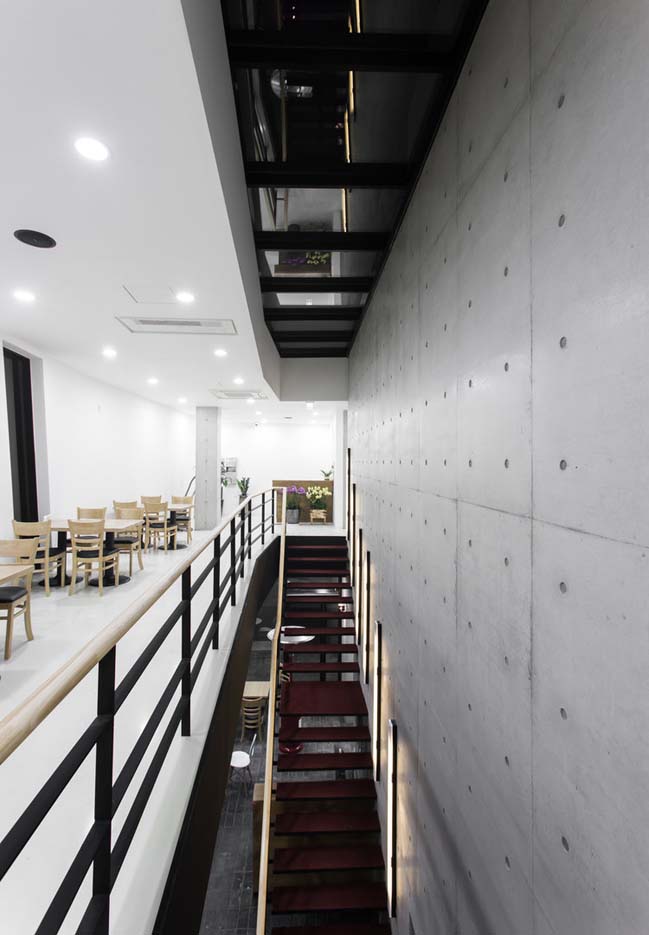 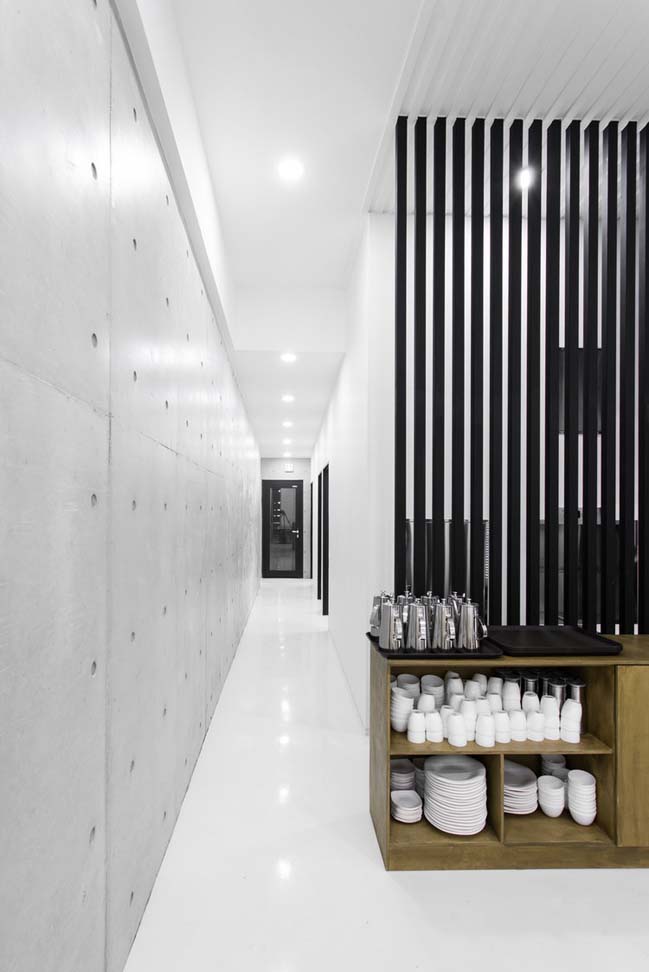 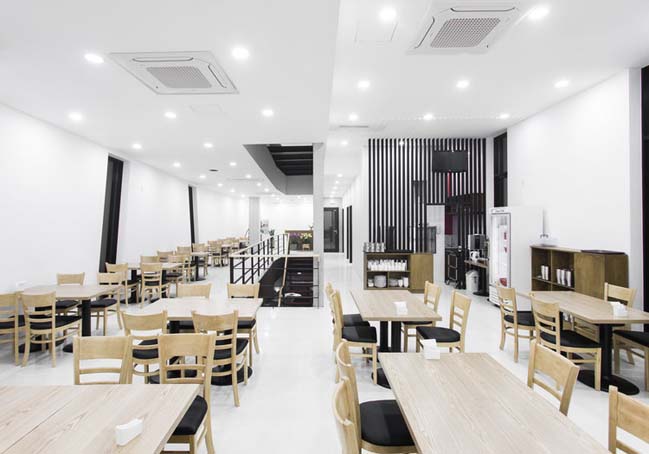 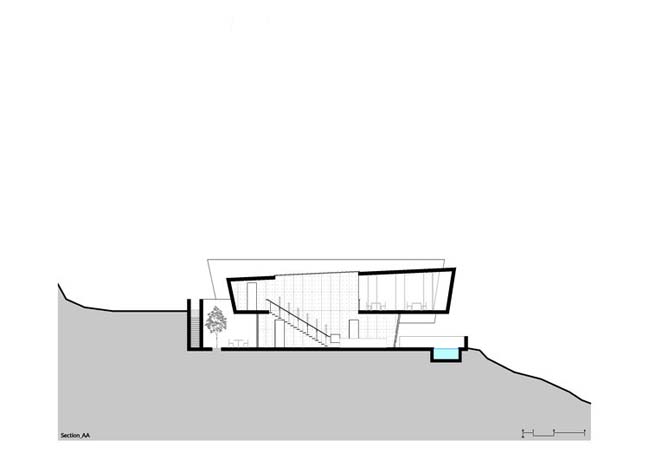 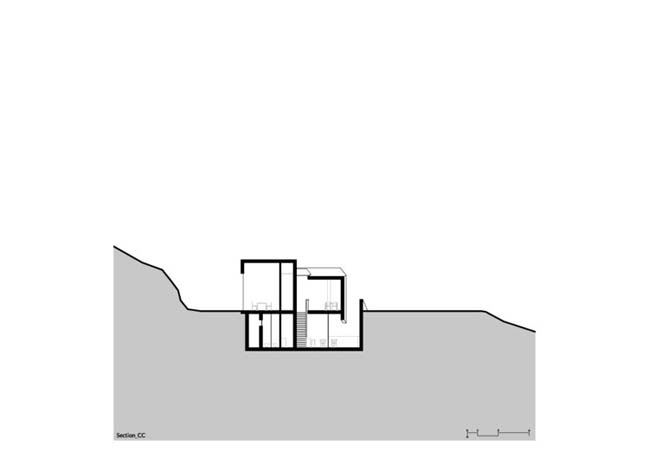 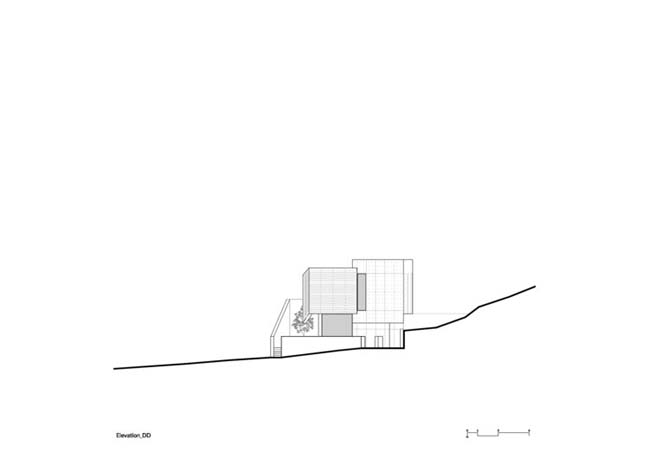 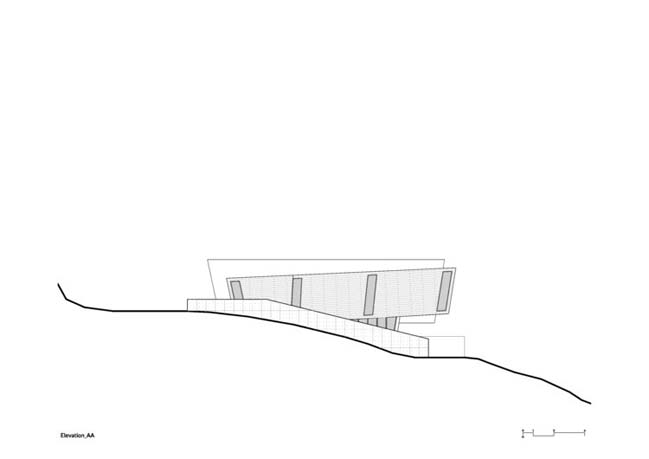 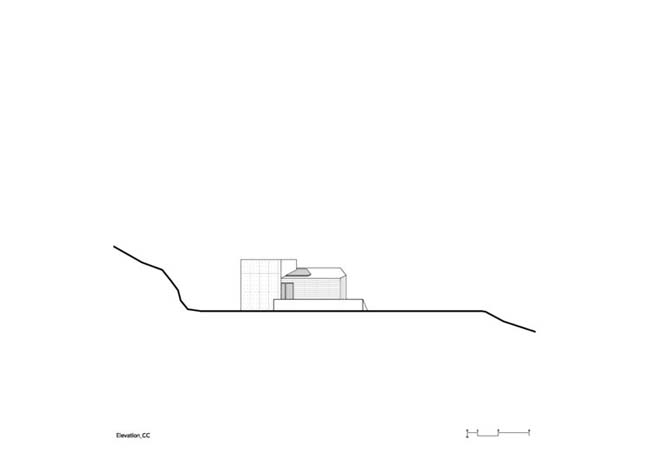 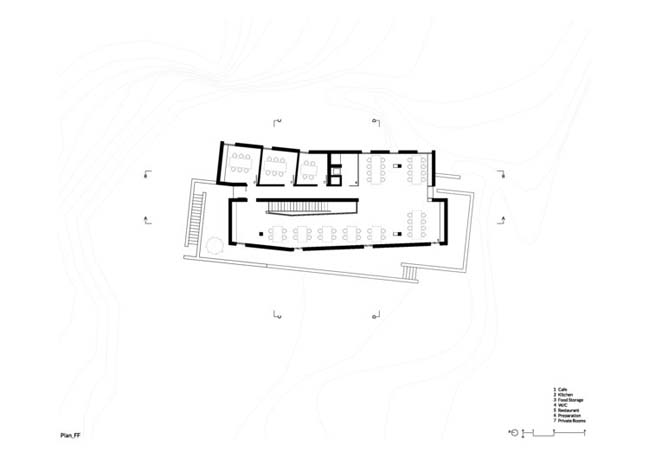 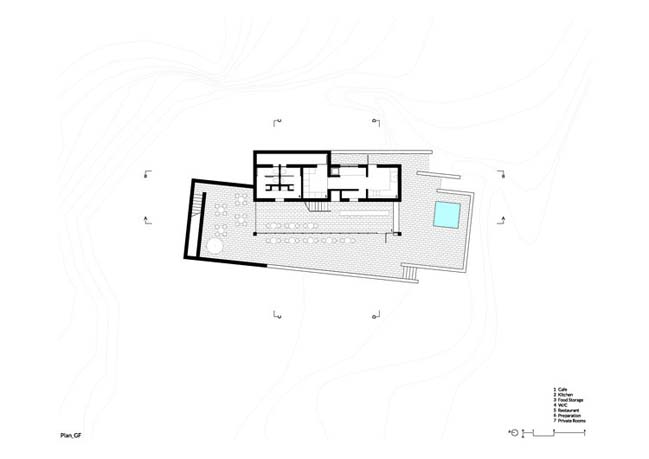 08 / 01 / 2017 Gate House is a Shabu-Shabu restaurant, serving food which is sourced from a local family farm in Siheung, South Korea