The New York-based architecture firm SO-IL and Paris-based Laisne Roussel has been selected to create a captivating design proposal in Paris. 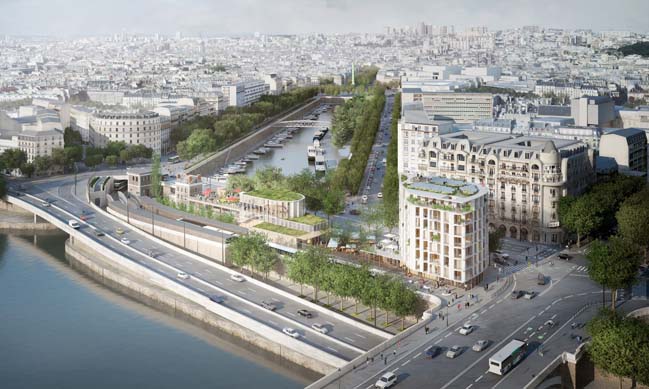 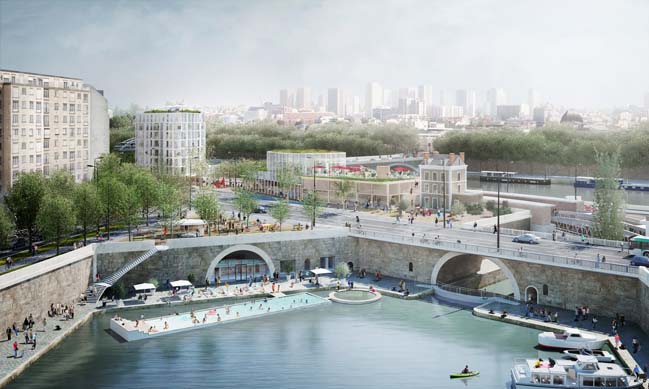 From the architects: In joining the Reinventer La Seine competition for the Place Mazas site in Paris, New York-based architects SO–IL and Paris-based Laisne Roussel have partnered with French real estate developers REI Habitat and Icade to create a captivating design proposal. Our winning submission offers a fresh approach to urbanism, one that carefully considers contemporary as well as historical contexts while creating a flexible infrastructure that can evolve in parallel with the city.

The focus of our proposal, titled “L’ Atelier de l’ Arsenal”, is the transformation of the underused site of Place Mazas into a new social node for Paris. Located at the junction of Canal Saint Martin and the Seine River, the site forms a critical intersection of cultural, economic, and environmental networks. It is also strategically positioned at the center of important future development projects like the Balade de L’Arsenal, a new urban path, and the new pedestrian waterfront park, parc Rives de Seine.

The site is divided into two parts. The first is a seven-story volume that continues the historical Haussmanian axis and tops out just below its neighboring 19th century residential building. This volume includes a housing program in co-living typology, with several interior and exterior shared spaces for the residents as well as a public restaurant on the ground floor. 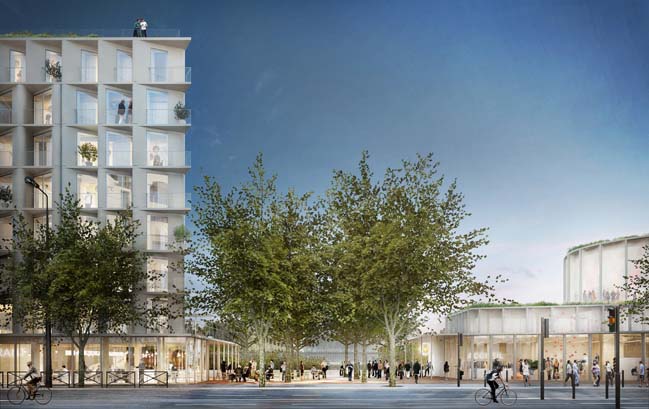 The second, located on the axis of Bastille, is dedicated to public activities. It maintains a lower profile, opening up views to the Seine River. This part of the site includes three new public squares, a lockhouse built in 1905 that is being repurposed, and a temporary pavilion that will host facilities like public co-working spaces, a fabrication lab, an event room, and an exterior terrace offering new views on the Arsenal Basin, the Seine River, and the surrounding city, as well as a facility for homeless care already established on site.

Our proposal creates a flexible composition of spaces and buildings that stimulates diversity and anticipates further civic transformations. We understand that urban space doesn’t stop evolving; after twelve years the public zone may be returned to the city, offering the opportunity to update its use once more.

Sustainability is a driver of the project. Our design represents a new relationship to the waterfront as Paris works to create a swimmable river in the near future. Included on the site are a public swimming pool as well as a pool for biodiversity research and water quality monitoring. The proposal’s housing is constructed from locally sourced timber and its temporary pavilion features a dismountable structure made of renewable materials, facilitating urban growth while decreasing environmental impact. 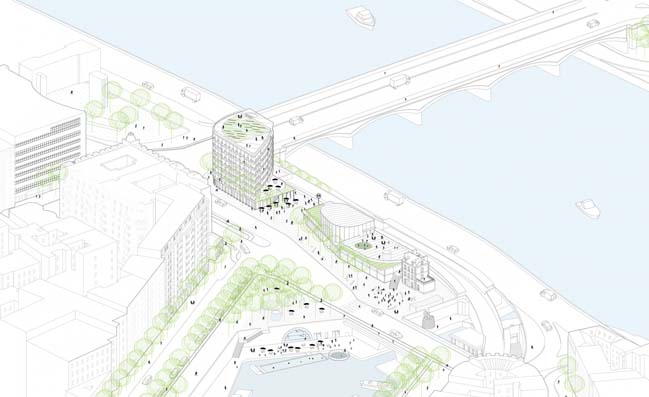 Recommended post: Cosy modern apartment in Kiev by One Design