HWKN has just released the designs for flexible post-pandemic office spaces in Germany, developed for Landmarken. The first project will complete in late 2022... 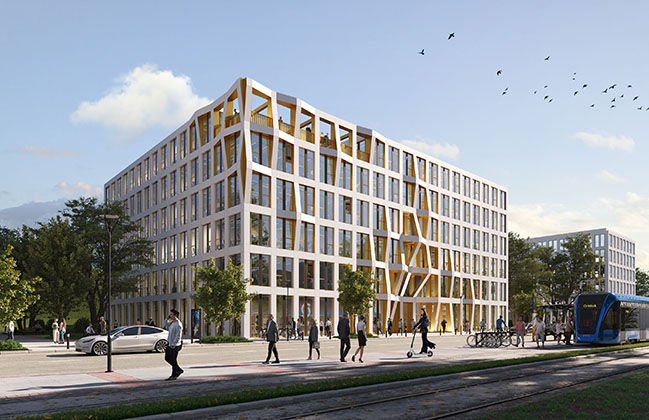 From the architect: The New York architectural firm HWKN, has partnered with Landmarken, the prominent, Aachen-based developer, to create the next generation of the office. One of their new ‘Spirit’ prototypes  -  BrainFactory Bochum - opens in January 2023. 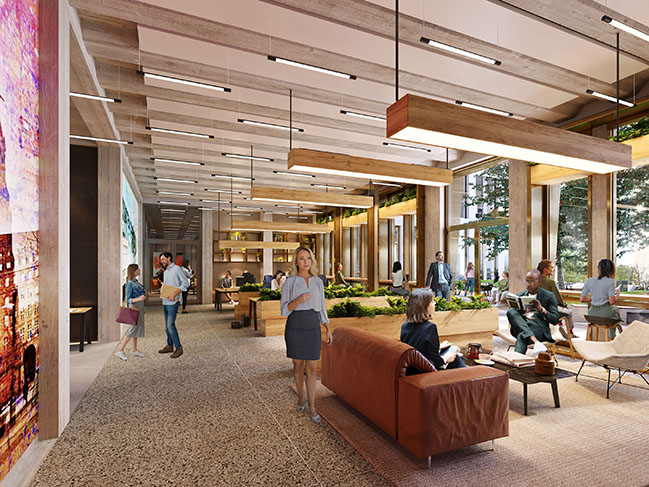 “We have to lure people back to the office”, says HWKN’s Matthias Hollwich. “With Spirit, we achieve that by turning the building into a destination, adding lifestyle amenities, greater flexibility, and openness to what was once just a commodity. By adding emotion, we turn the commonplace into the unforgettable.” 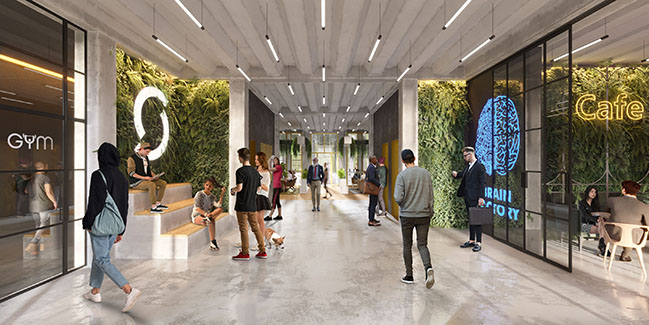 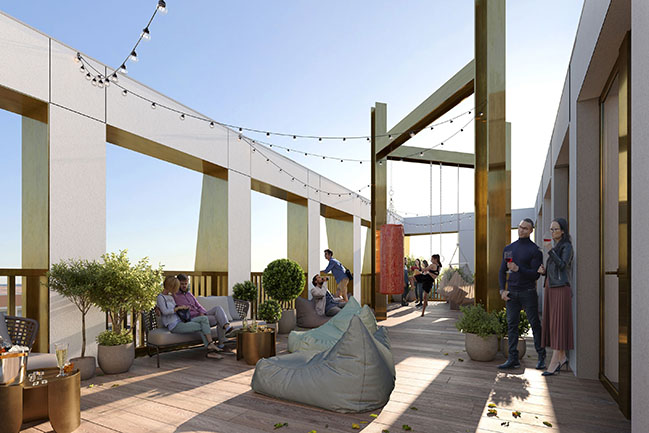 In BrainFactory Bochum, their emotion-catching design is evident immediately upon approach. HWKN has playfully removed sections of the ‘prefabricated box’ to create a defining and iconic disruption of the standard exterior. Then, they went further. Since the prefab system does not allow for cantilevers, HWKN  opted for a daring, distorted-column grid. “We uplifted and twisted the standard image of ‘the box!’, '' says Hollwich. 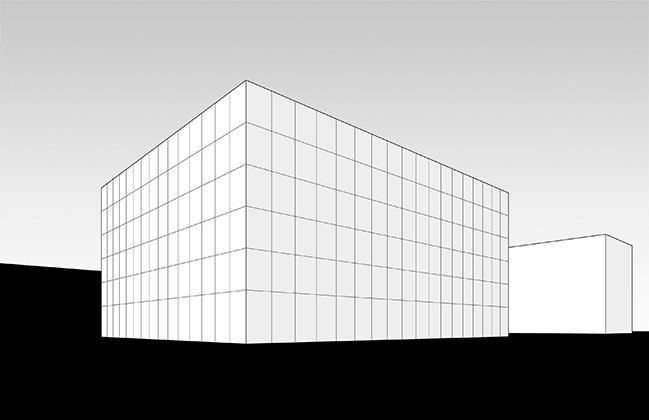 On the inside, to enhance the sociability of this workplace, HWKN exposes interior, structural columns, cutting out sections of the prefab box. Light now floods into the seating lounges. The same reconfiguration – a cut-out turned 45 degrees – also creates light-filled co-working areas. The brass finish of the sculpted exterior extends throughout, adding personality and forging an aesthetic link to the building as a whole and the city surrounding it. 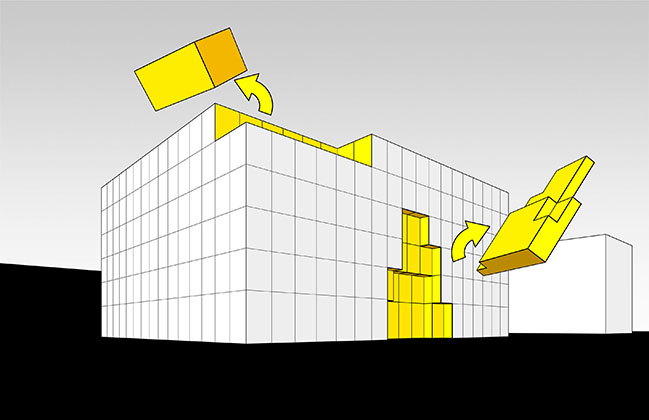 ”We have reinvented the box while still taking advantage of mass production”, says Hollwich. “The early Modernists of the Twentieth Century sought to make elegant, mass-produced housing. A hundred years later we are doing the same for the office with an emotional twist.”

The Spirit brand embodies HWKN’s core design principles: respect for nature, a happy and healthy work environment, intelligent design, and dedication to both neighbors and the community at large. 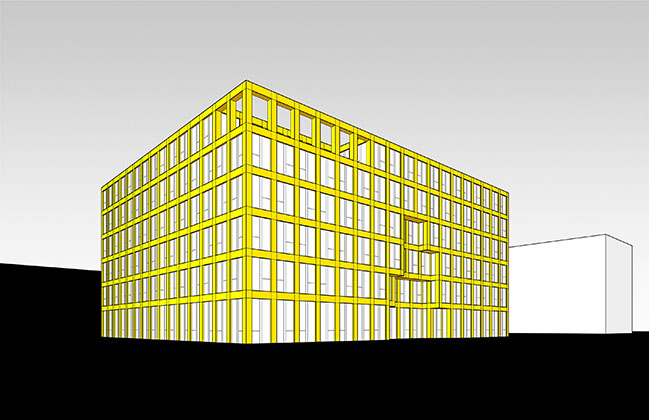 A design breakthrough, Spirit has resonated with HWKN’s client, Landmarken. “We were excited by  an office design that was inspired by the progressive urban design of New York whilst still being affordable”, says Landmarken’s Jochen Hermanns. “When they open, Spirit Offices will help our clients attract top talent by creating an energized workplace and culture that beats the home office.“ 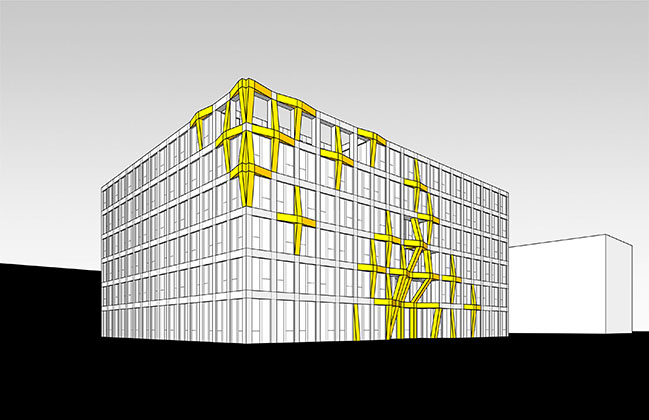 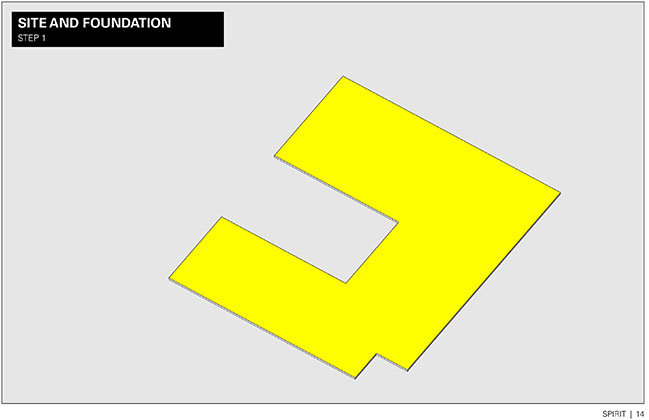 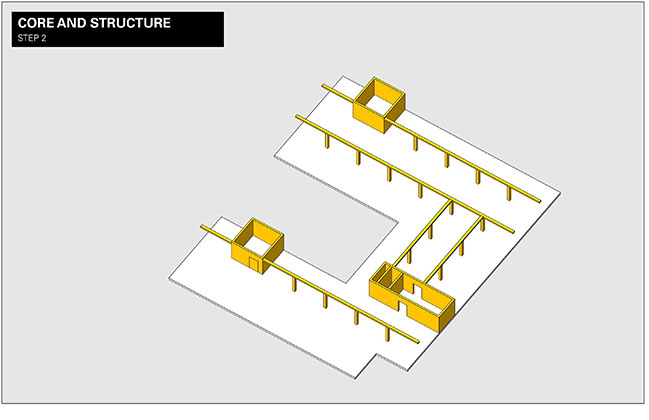 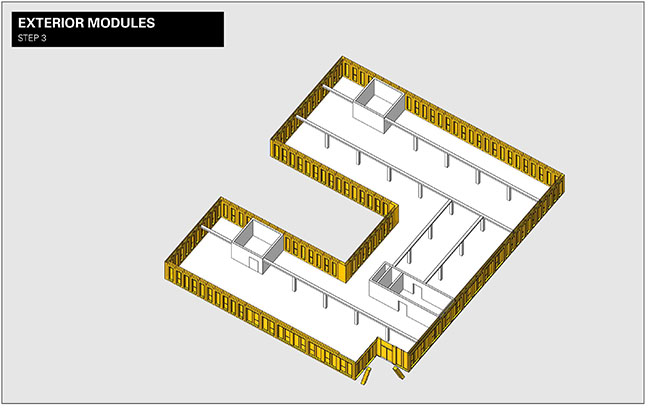 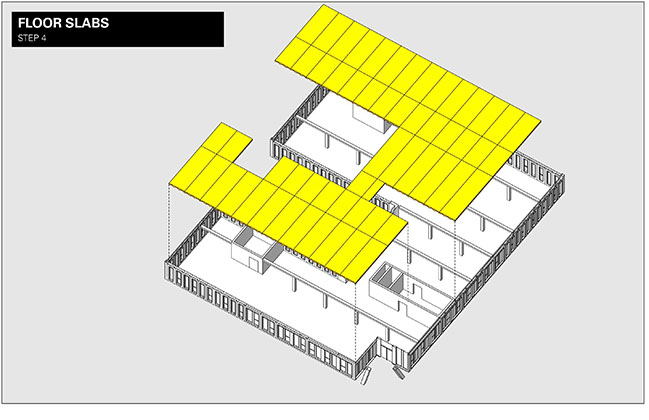 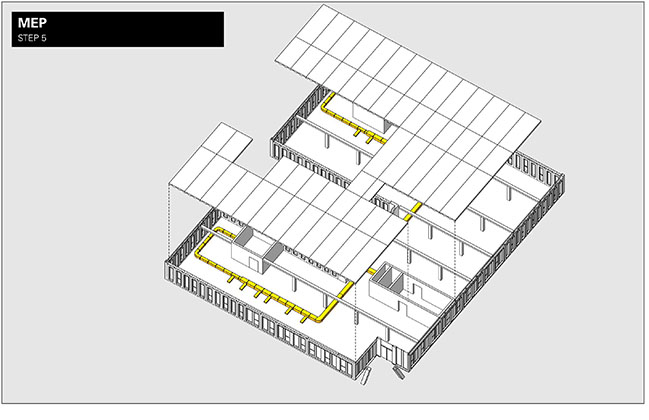 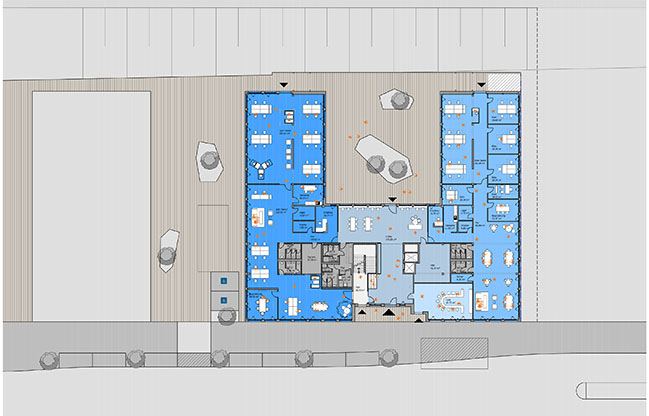 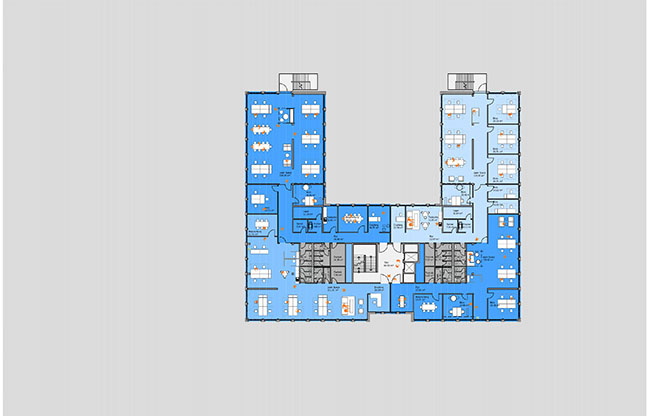 09 / 14 / 2021 HWKN has just released the designs for flexible post-pandemic office spaces in Germany, developed for Landmarken. The first project will complete in late 2022...