On the occasion of Milan Design Week 2018, MAD Architects, led by Ma Yansong has been invited by INTERNI to envision an immersive art installation. 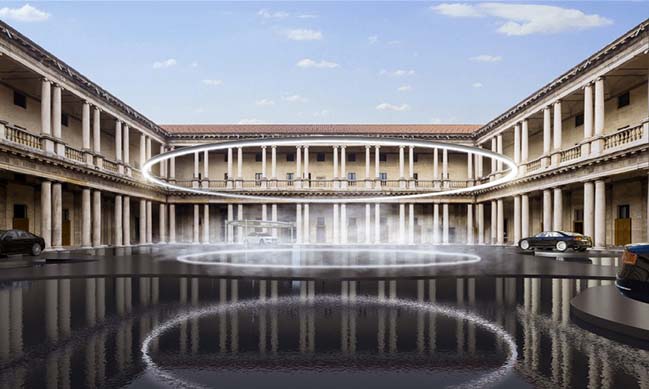 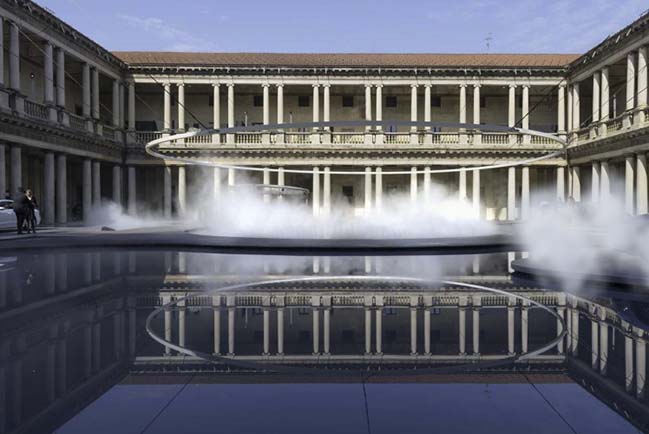 “Fifth Ring” creates a new dimension inside the courtyard of Milan’s historic Seminario Arcivescovile – a seminary built in 1564 for St. Carlo Borromeo. The presence of the circular ring inside the square of the courtyard’s four walls stands as a symbol of mankind’s continued search for perfection, while also defining a new dimension for the traditional courtyard.

From a bird’s-eye view, the large suspended ring of light acts as an architectural, fifth façade. But from the ground, the illuminated circle frames the sky, drawing the viewer to look upwards, towards the infinite universe. 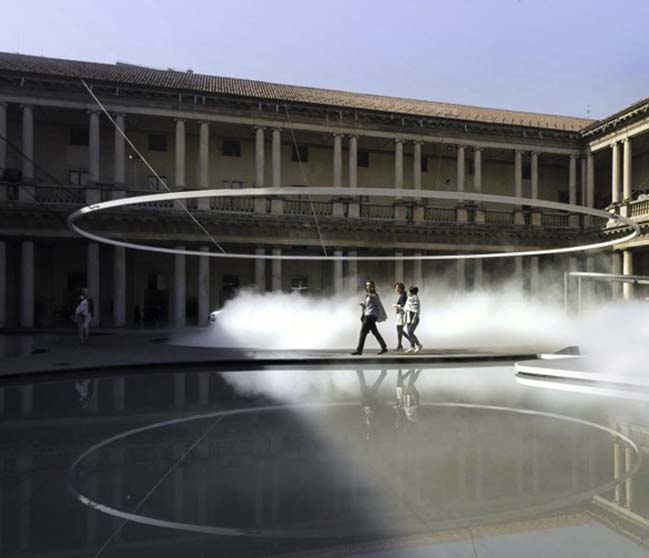 Pools of water give off spectacular reflections, forming an infinite perception of space between the ring of light, the water and the sky, giving visitors the feeling they are walking amongst the clouds. As it looms above, the “Fifth Ring” acts as a portal to a fifth dimension, opening up the dialogue between humans and the celestial unknown. 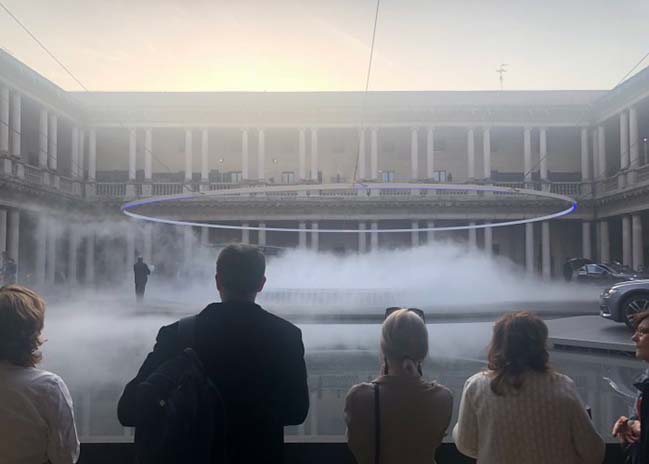 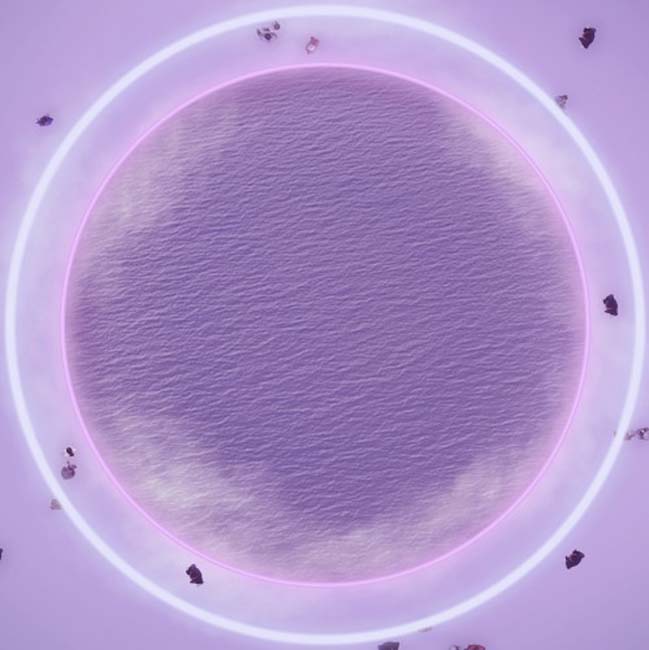 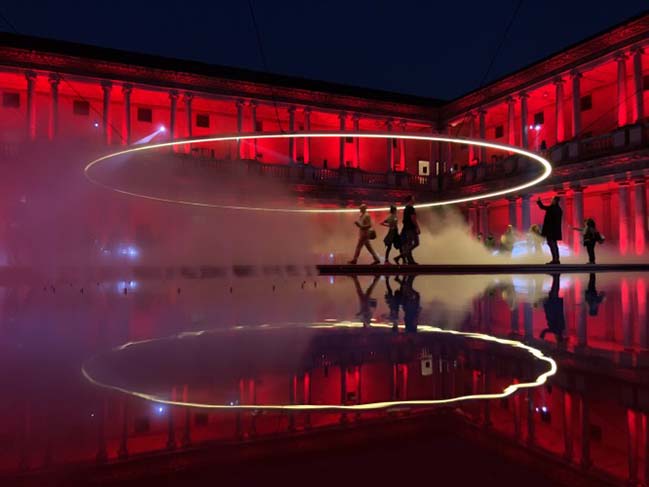 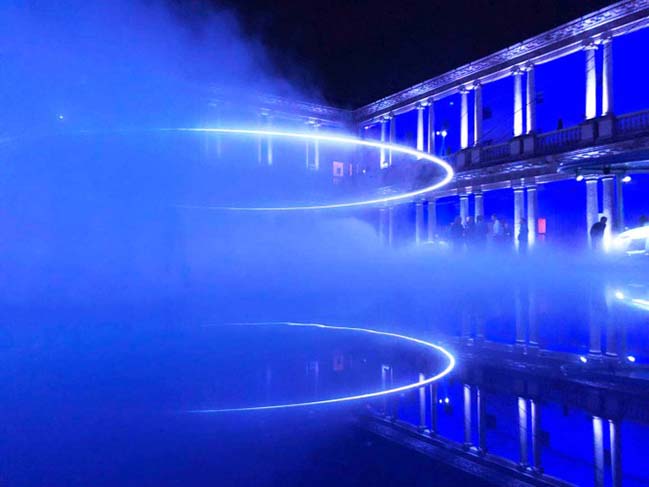 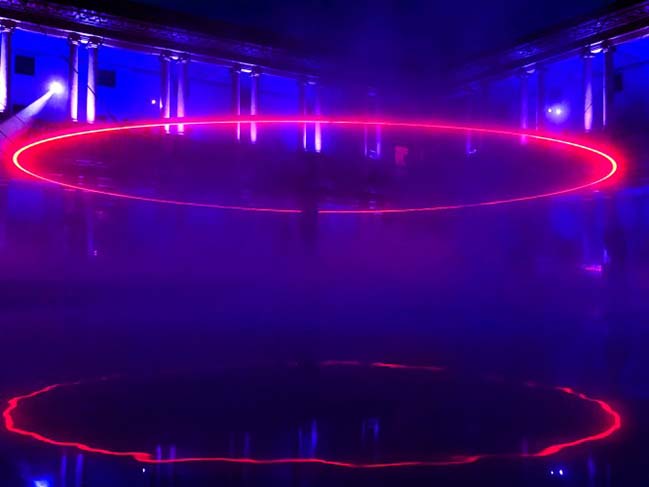 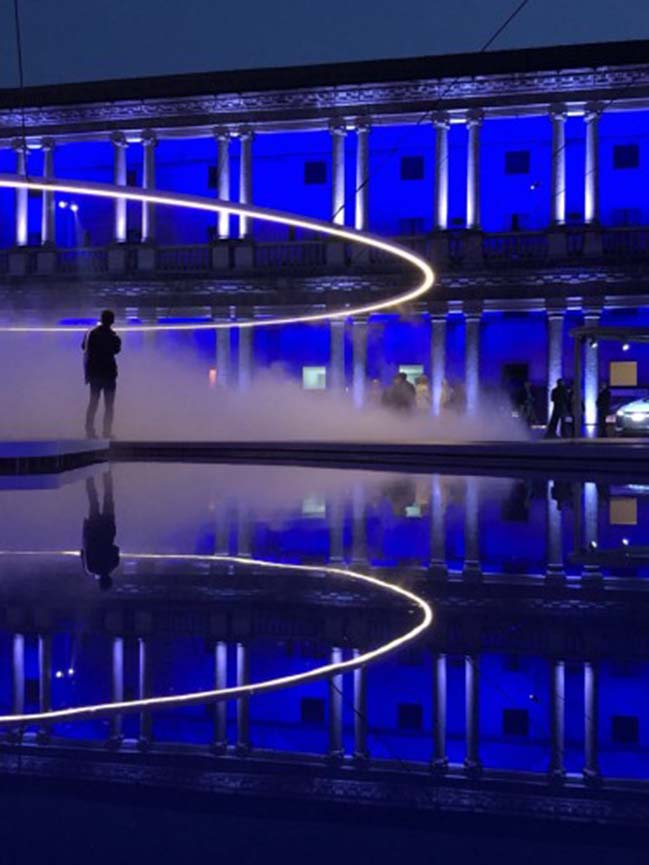 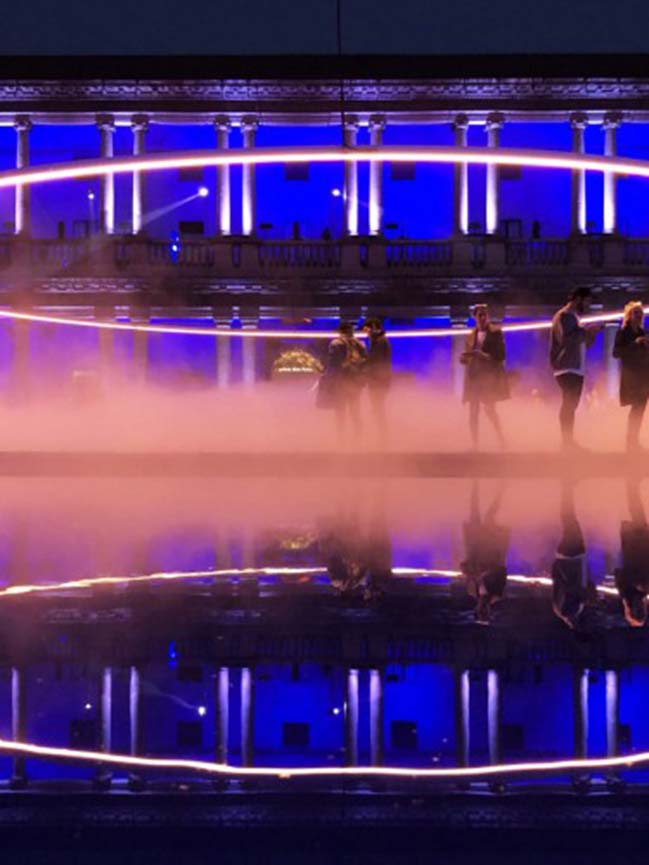 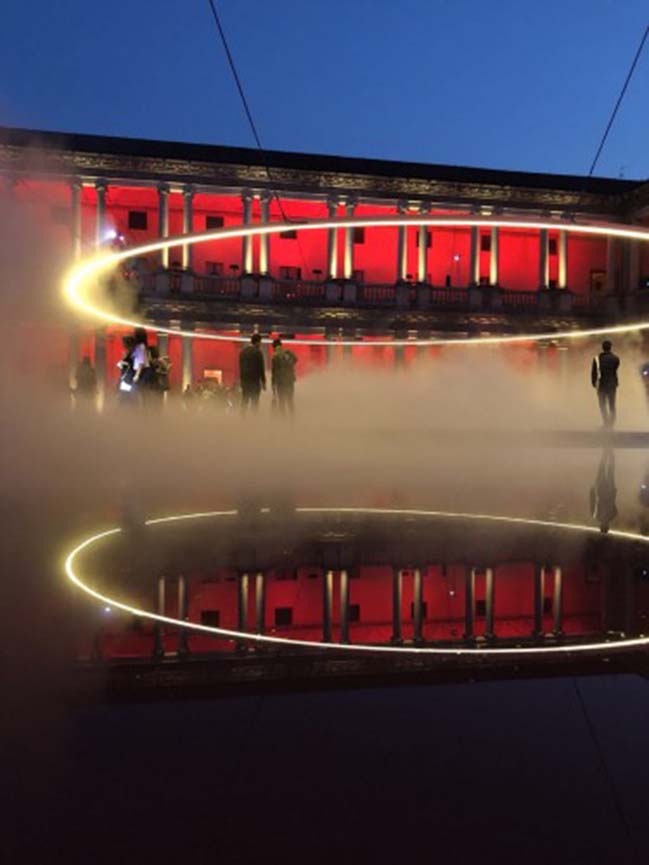 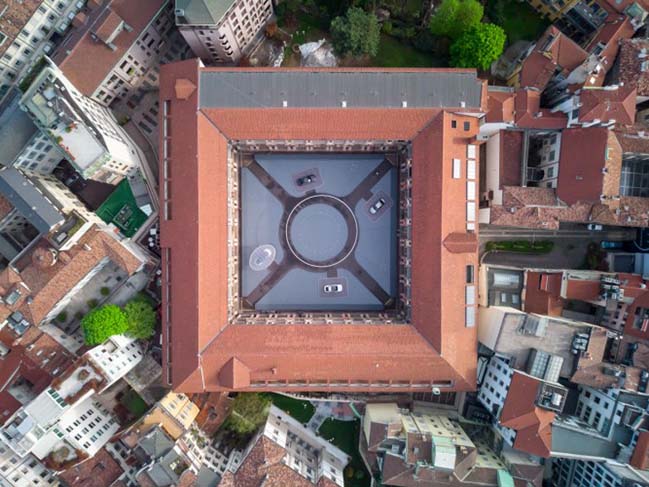 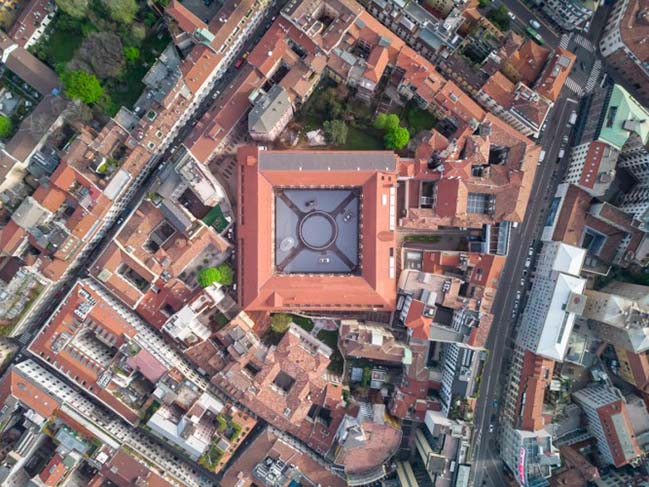 04 / 18 / 2018 On the occasion of Milan Design Week 2018, MAD Architects, led by Ma Yansong has been invited by INTERNI to envision an immersive art installation