The office functions as an element that connects and structures the compound of warehouses and sheds that are property of Prinzi S.A. 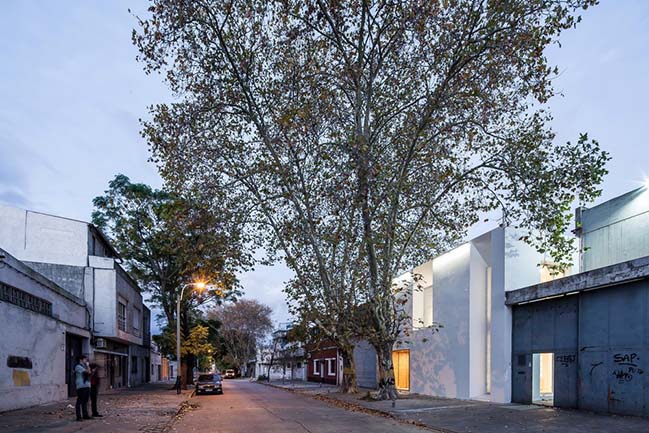 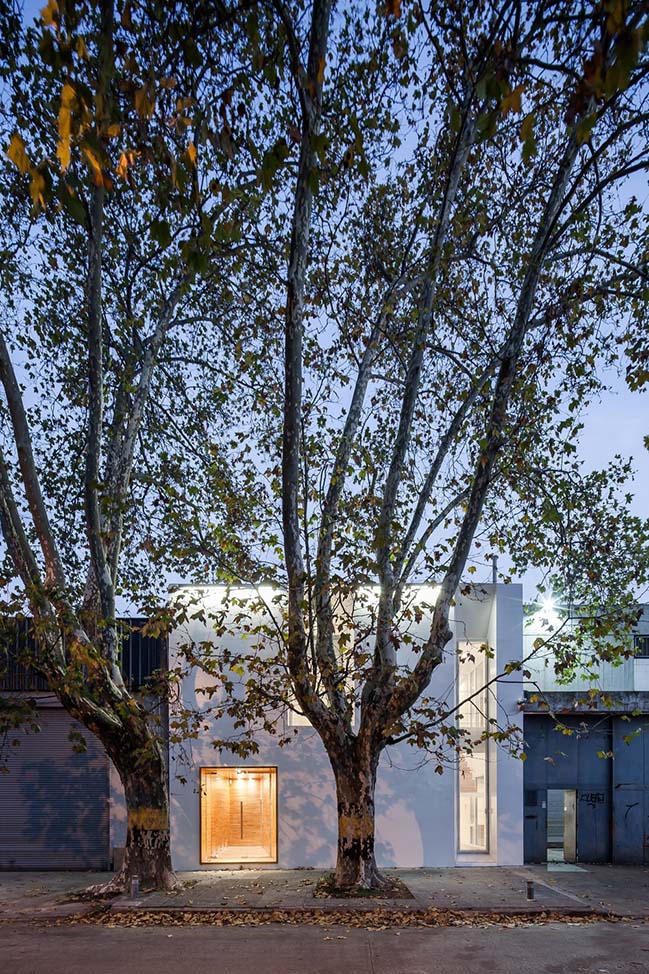 From the architects: The project was commissioned by a firm engaged in the import and export of products for the meat packing industry, which wanted to relocate its offices to its distribution center set in the traditional “La Comercial” neighborhood of Montevideo, Uruguay. This is how the old industrial area became a logistics hub capable of centralizing the client’s operations. 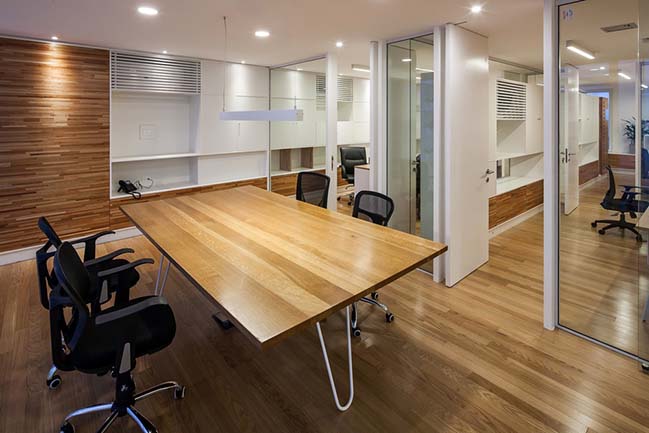 The proposal focuses on articulating the various warehouses and sheds to become the operational center of the physical plant’s 2,500 sq m. This is achieved thanks to the central location of the lot destined to offices, within the existing group of constructions belonging to different periods, of varied size and purpose. The design for the new offices partly reuses these constructions, namely the areas that used to house the locker rooms and dining spaces of the old industrial center. 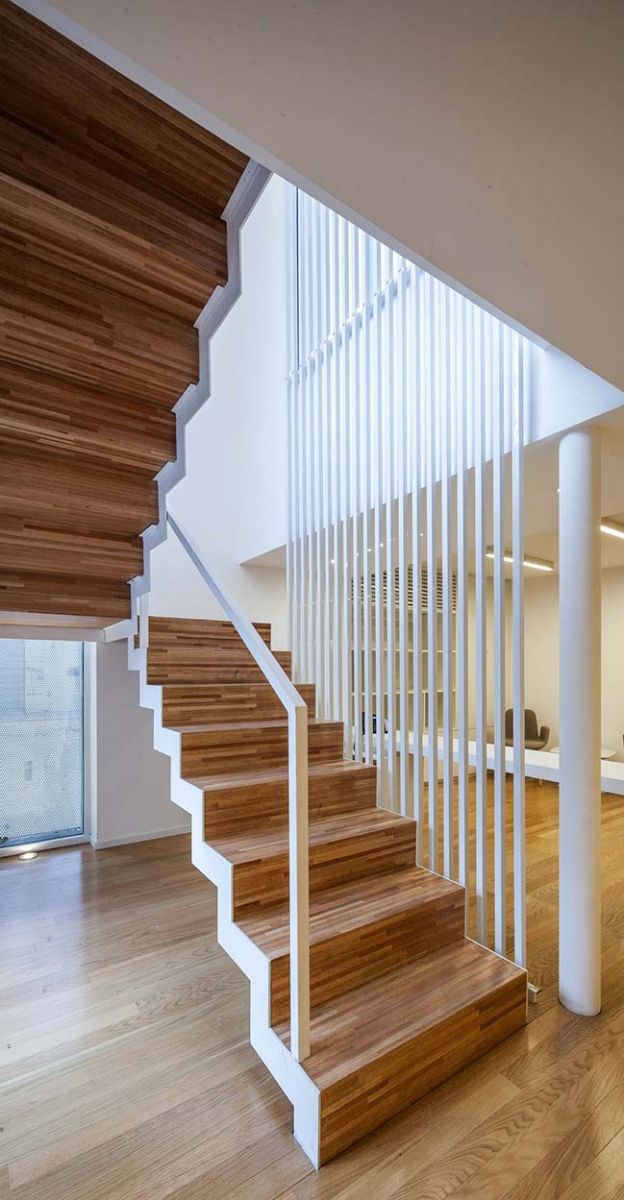 The existing ducts running along the facade—which originally sustained the service areas of the factory—allow to conceive a “deep” facade, thus tending to one of the client’s main concerns: to separate and give intimacy to the offices without surrendering light-filled workspaces. 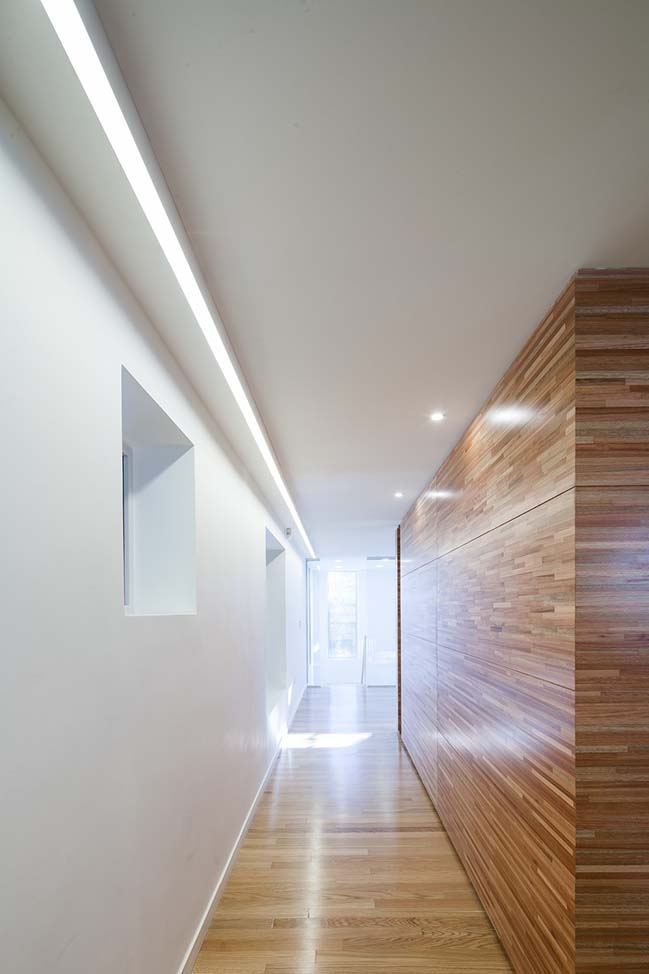 Once the issue of connection has been resolved—which is the purpose behind the entire intervention—, the proposal is simply defined by means of a staircase and two patios which connect and illuminate the office’s two open-plan levels. 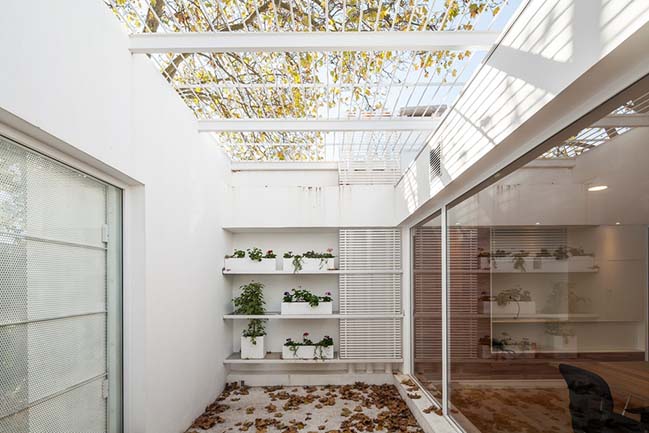 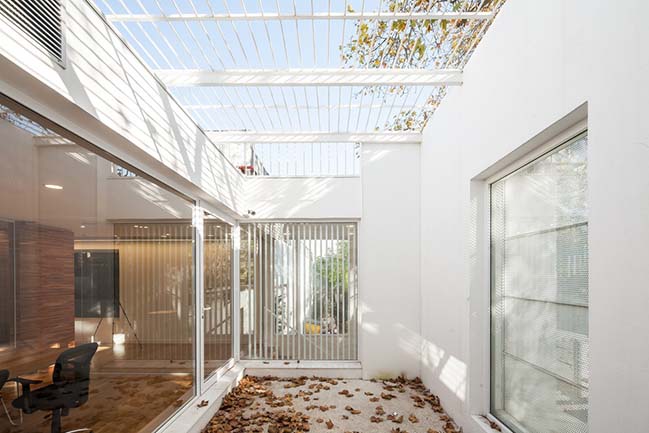 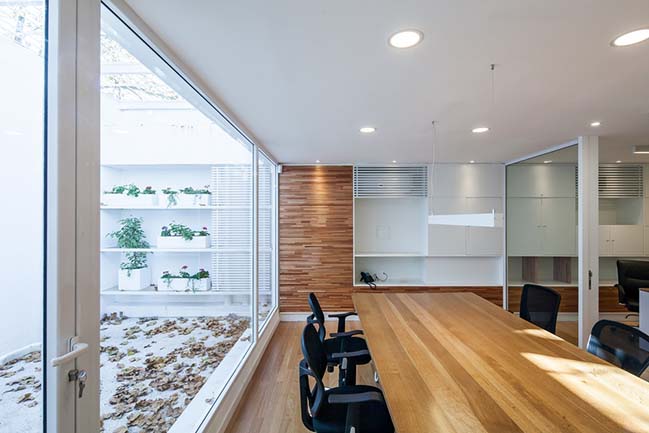 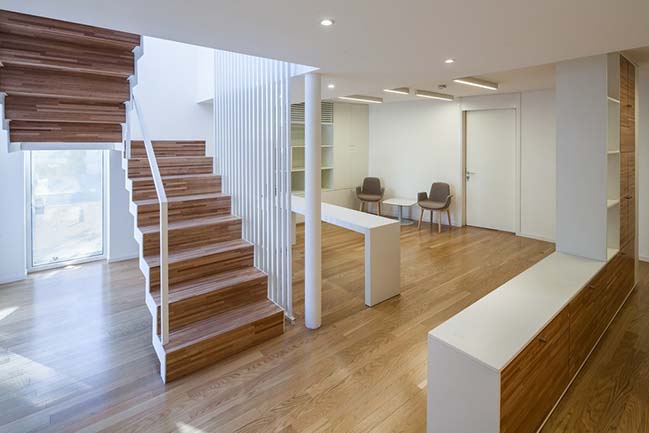 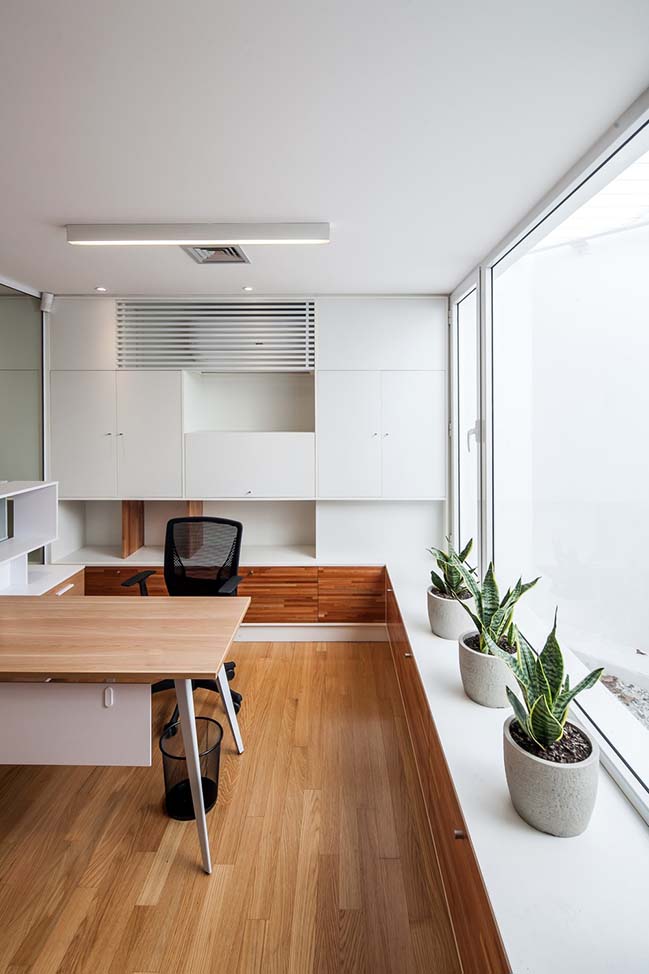 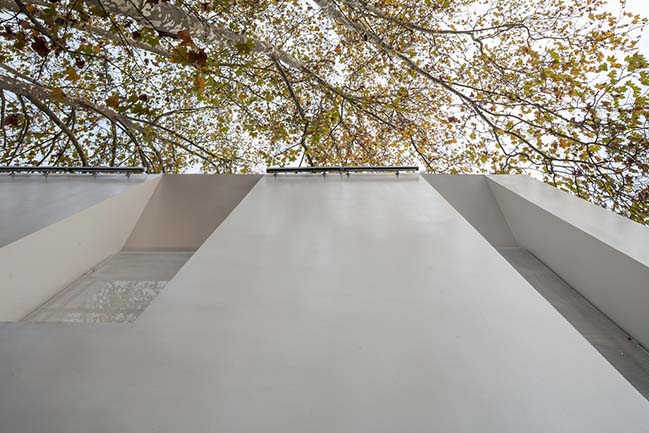 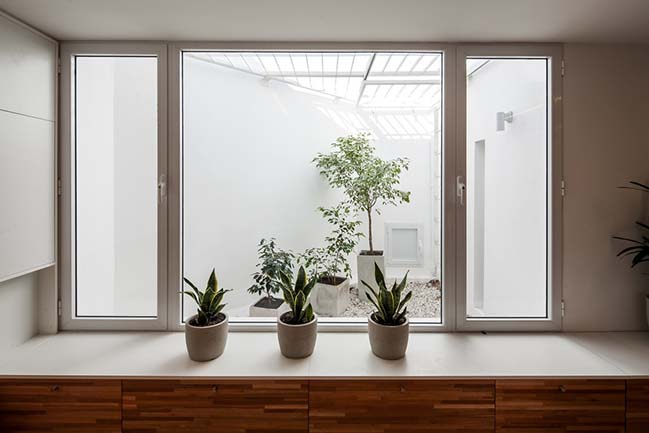 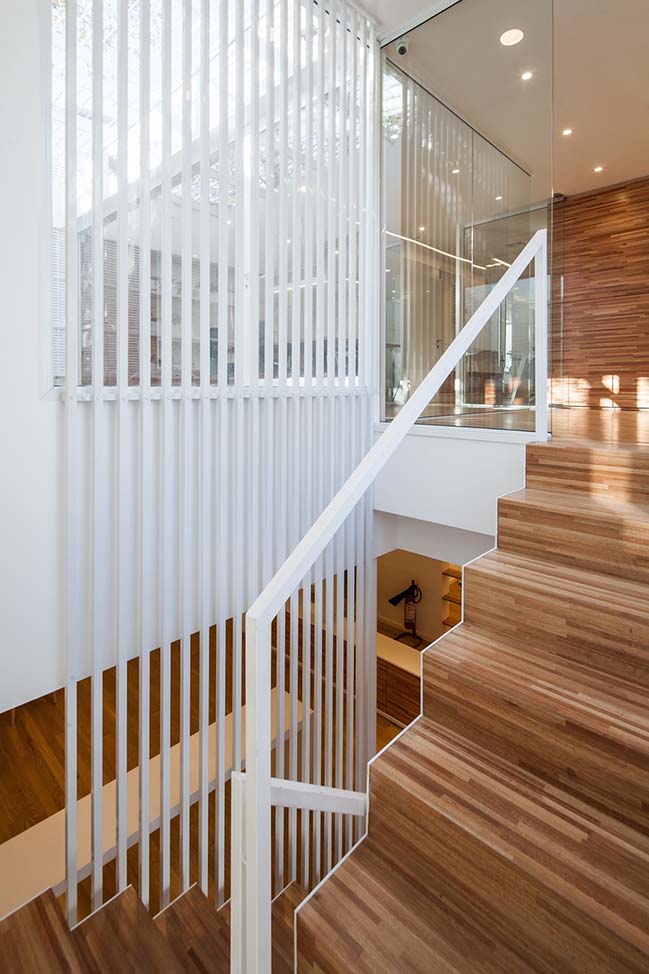 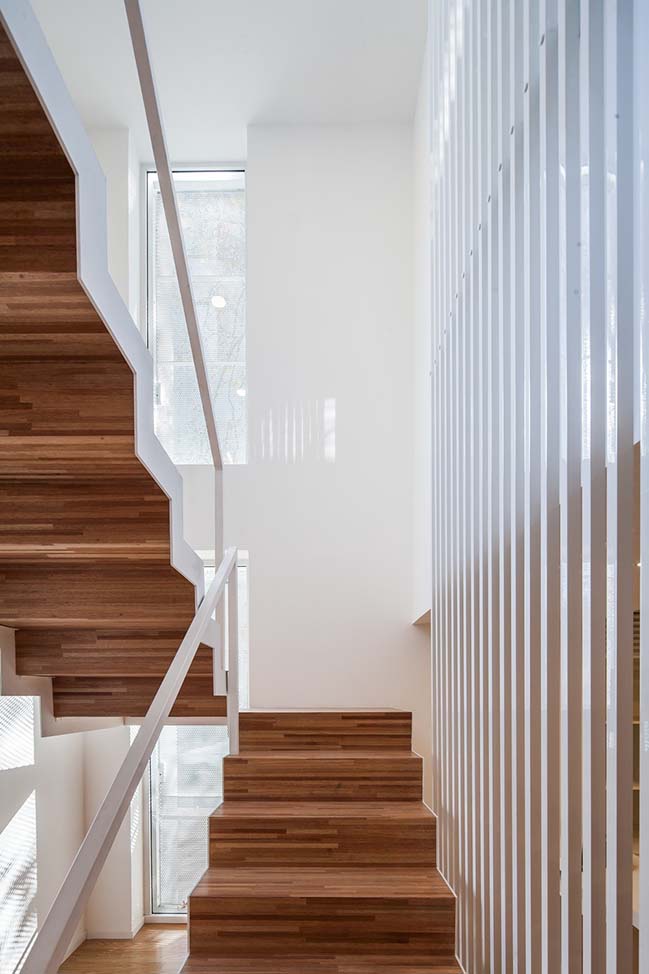 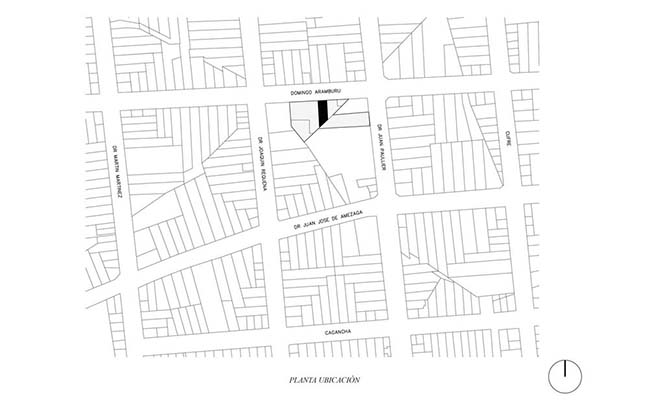 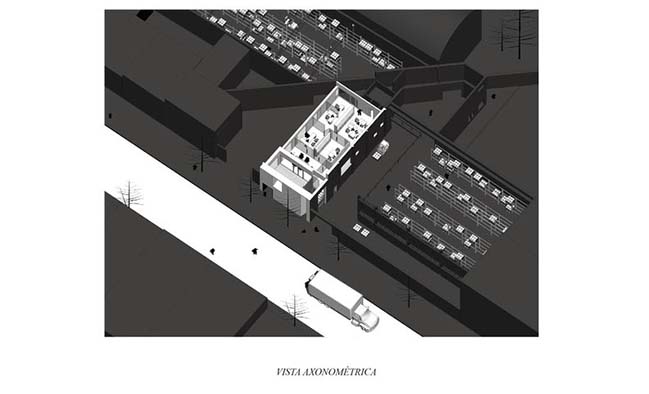 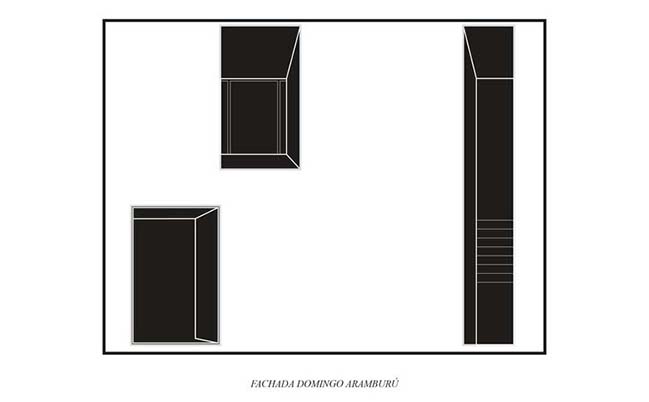 12 / 17 / 2017 The office functions as an element that connects and structures the compound of warehouses and sheds that are property of Prinzi S.A.