With its timeless and clear pattern language, the design by architects von Gerkan, Marg and Partners impressed the jury. The ensemble comprising the indoor sports swimming pool and health center at Otto-Runki-Platz continues the block structure of Neustadt and, at the same time, makes a link to the neighboring parks. 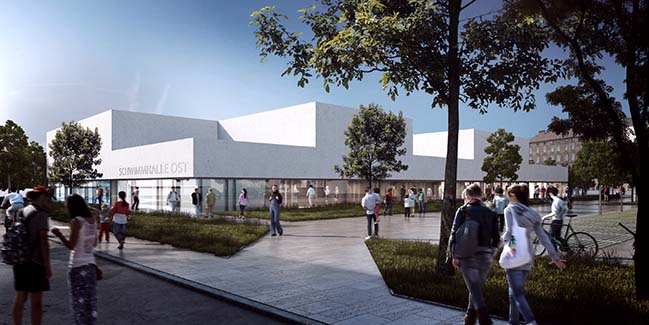 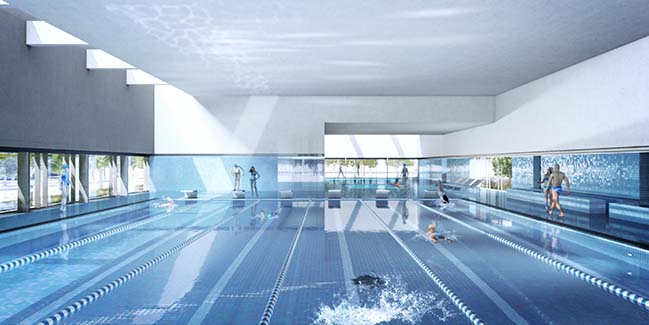 From the architect: Otto-Runki-Platz lies in the Neustadt-Neuschönfeld part of the city to the east of Leipzig’s inner city and hitherto has served as a public park. To the north of the plot, the two building blocks have a direct border with Eisenbahnstrasse and thus form a spatial edge along the main traffic axis. To the south-east, the devel-opment of the swimming pool and health center creates a landscaped open space, which integrates some of the existing trees. The central planted circulation axis between the two buildings widens out to a landscaped plaza, which leads on to the Rabet public park. 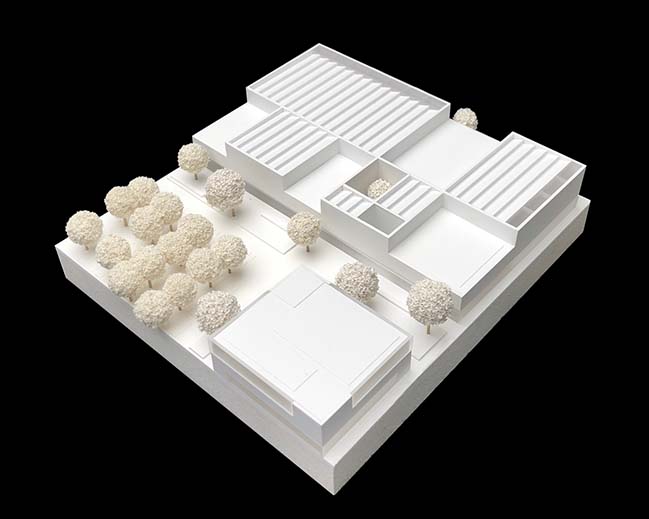 From a formal design point of view, the swimming pool—which constitutes the first construction phase—has its own succinct identity and will later be complimented by the two-story health center. The pool building consists of a glazed plinth and a light-colored cuboid with large recesses above. Inside the building, high ceil-ings delineate the various swimming areas that consist of a sports pool with six lanes, a teaching pool, as well as a children’s pool. Daylight reaches the pool surfaces via clerestory lights along the edge of the building, as well as via the surrounding glass facade, thereby emphasizing the sense of space in the pool building. 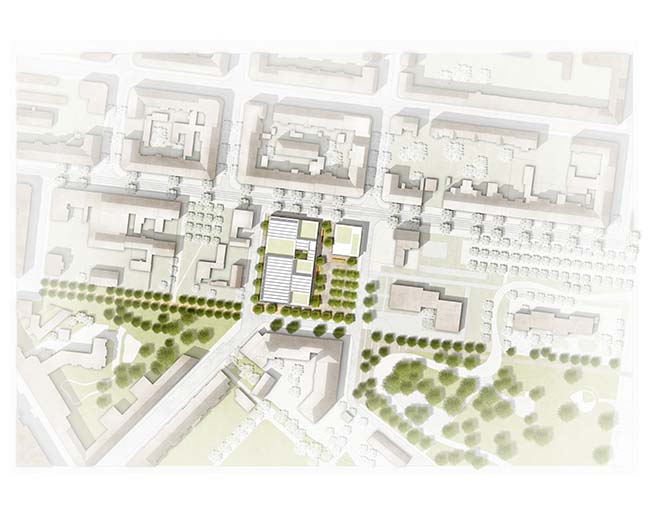 The The interior of the swimming pool reflects the horizontal structure of the facade. The surrounding fenestra-tion band is continued on the inside in the form of wall surfaces with a mineral finish. Above this “horizon”, light-colored wall and ceiling surfaces mimic the external facade. All functional areas of the pool building are arranged at ground level, with a tract containing offices, the foyer, and changing rooms oriented towards the plaza, and the pools themselves facing Konstantinstrasse to the west. 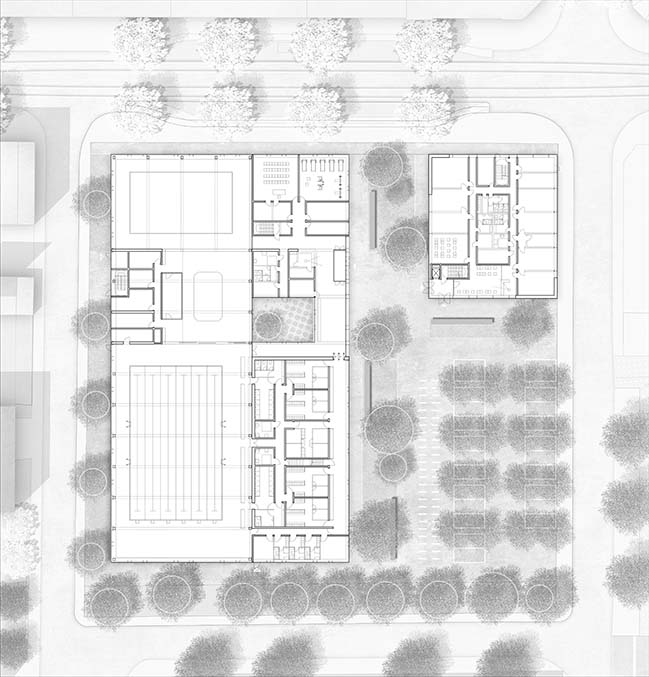 YOU MAY ALSO LIKE:
> Topping-Out Ceremony for Modular School Built of Wood by gmp Architekten
> Camping Stella Maris Swimming Pool and Reception by NFO d.o.o. 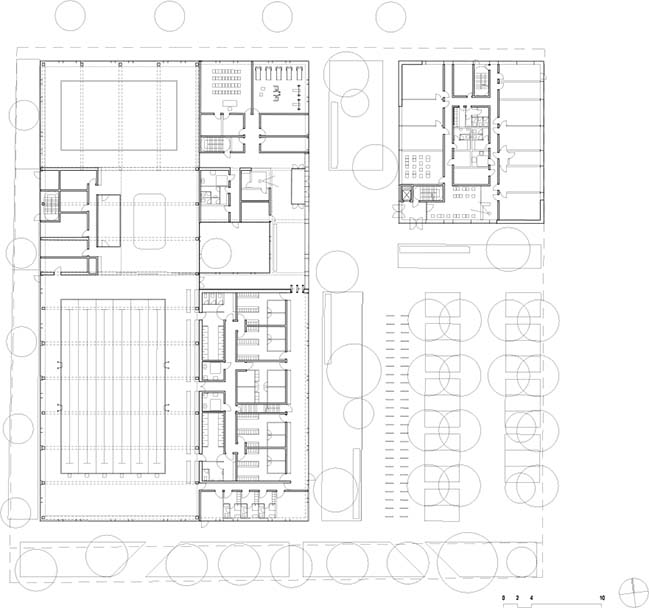 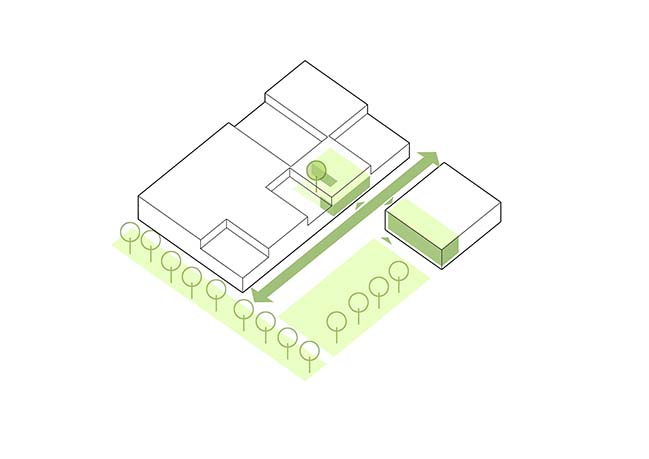 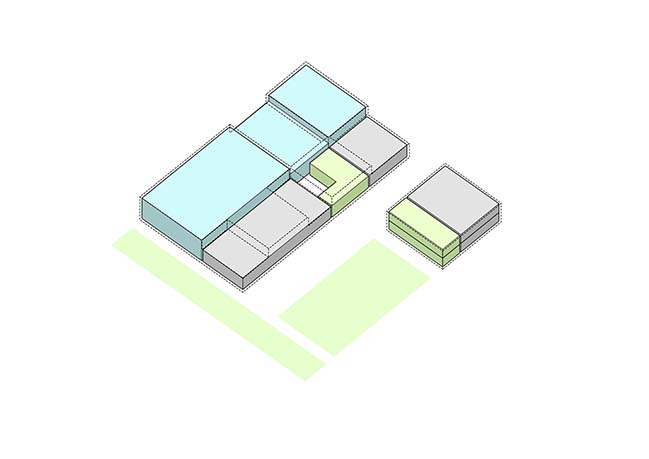 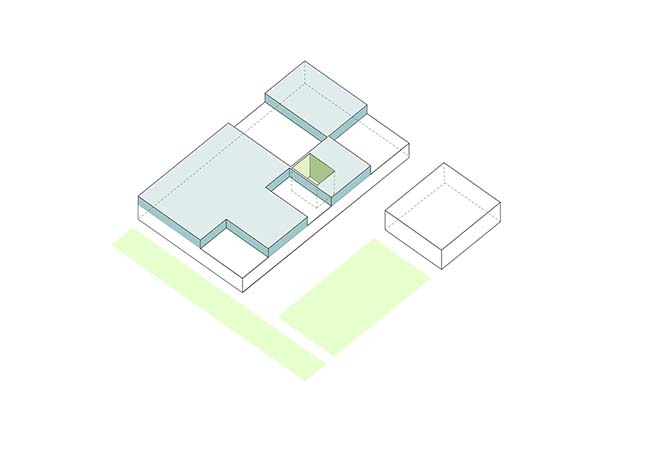 08 / 28 / 2019 With its timeless and clear pattern language, the design by architects von Gerkan, Marg and Partners impressed the jury. The ensemble comprising the indoor sports swimming pool..

Recommended post: Sorenson Center For The Arts by Brooks + Scarpa