With the new main building, auditorium and Paulinum, designed by the Dutch architect Erick van Egeraat, the new University of Leipzig, founded in 1409 and the second oldest University of Germany, is now finally completed. The official opening will take place on 1st of December 2017. Prime Minister of Saxony Stanislaw Tillich, will officially open the Paulinum, the last important part of the new campus. 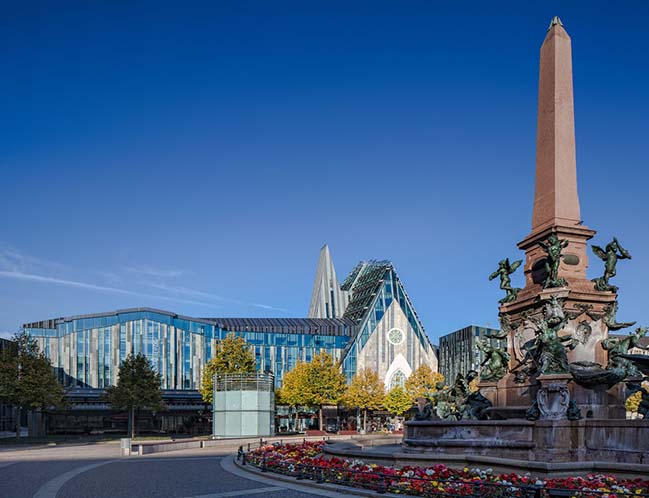 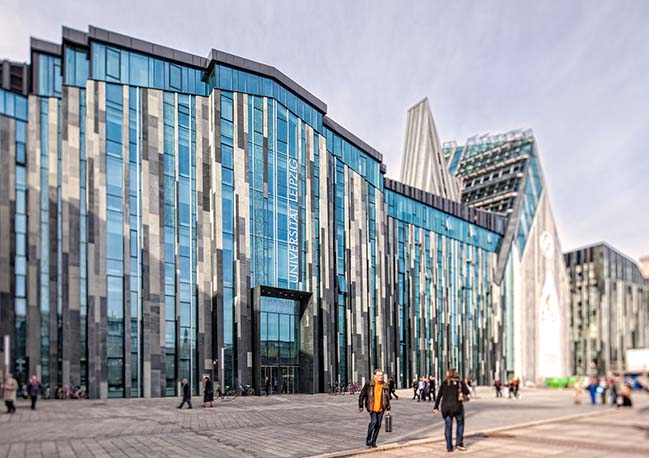 From the architect: Erick van Egeraat won the international competition in 2004. The new Paulinum of University of Leipzig is situated on the site of the former Pauliner Church, the only church to remain undamaged during the second world war. In 1968 the complex was willfully demolished by the former GDR regime. With the design made by Erick van Egeraat, decades of debate about the reconstruction of university’s Pauliner Church came to an end. 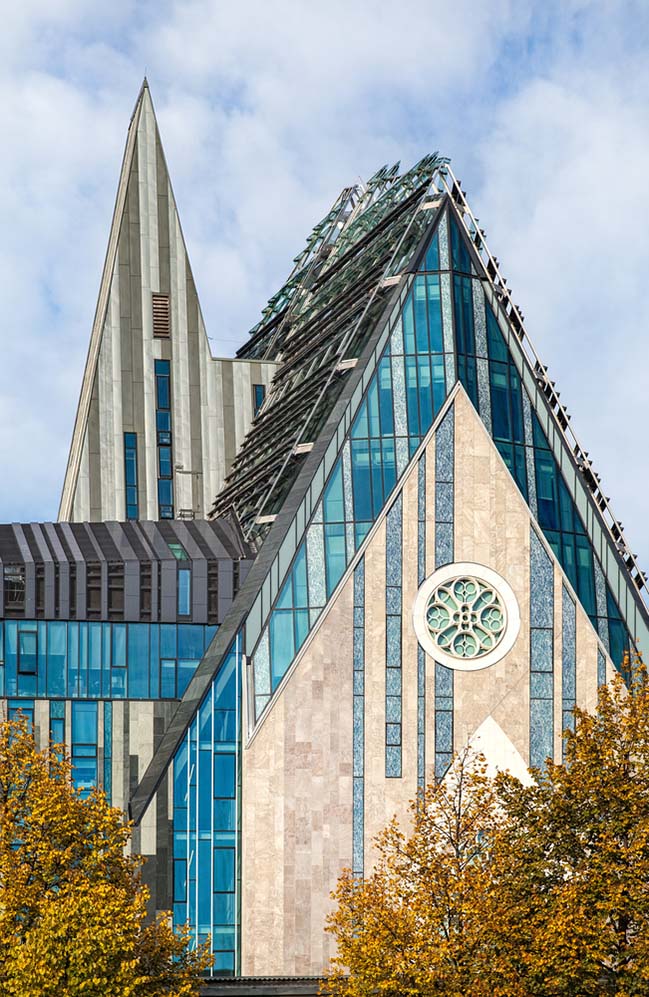 Erick van Egeraat did not propose to rebuild the church stone by stone, but instead created a new building powerful enough to revive the memories of what once was. The inner-city University redevelopment consists of three main elements: the Auditorium (Paulinum), the Main Building (Augusteum) and the Audimax. While the main building opened its doors for the students several years ago, the interior of the auditorium is now officially open to the public. The Aula with Vestry (Andachtsraum), a contemporary interpretation of the former University Church, is a multi-functional space and can be used – like the original church – both for services as well as for academic ceremonies, concerts and scientific conferences. With the original space and its cross vault as a reference, the vault construction is erected from a combination of white plaster works, crossing over into glass columns. 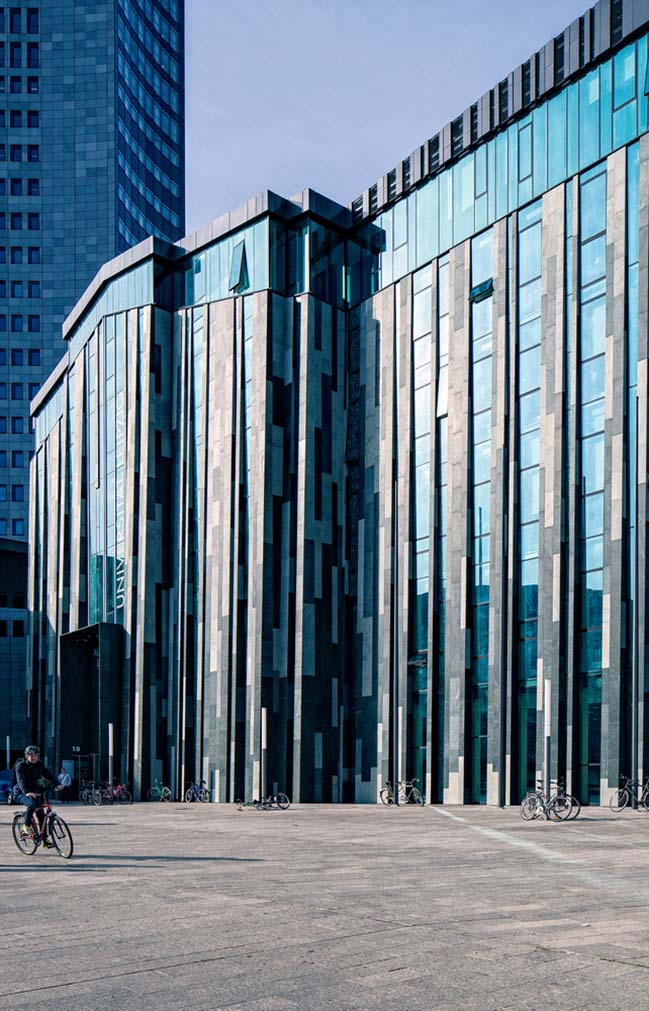 Among others, the auditorium space features two integrated organs and the world’s highest transparent sliding doors. These doors with a height of 15,5 meter, divide the church space in two: the secular auditorium for a variety of events and the more contemplative space the so-called ‘Andachtsraum’. In this part of the building the Epitaphs, which were salvaged from the ruins of the demolished church are displayed properly restored. The impressive vaults with the glass columns – of which several column pairs do not continue to the floor to increase the functionality – ensure that the space, regardless of the glass sliding doors, can be experienced as a united whole. 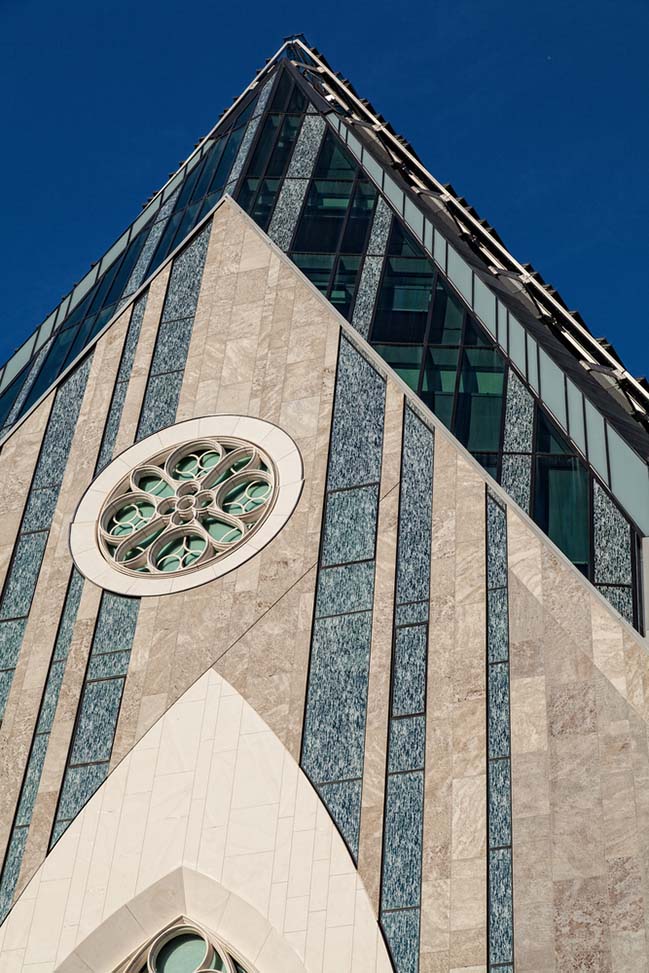 With the opening of the last part of the project – the Paulinum and ‘Andachtsraum’, the new Leipzig University located at the Augustusplatz in Leipzig, regains her dignified identity and rightfully reclaims her significance for the Leipzig, Germany and the world. 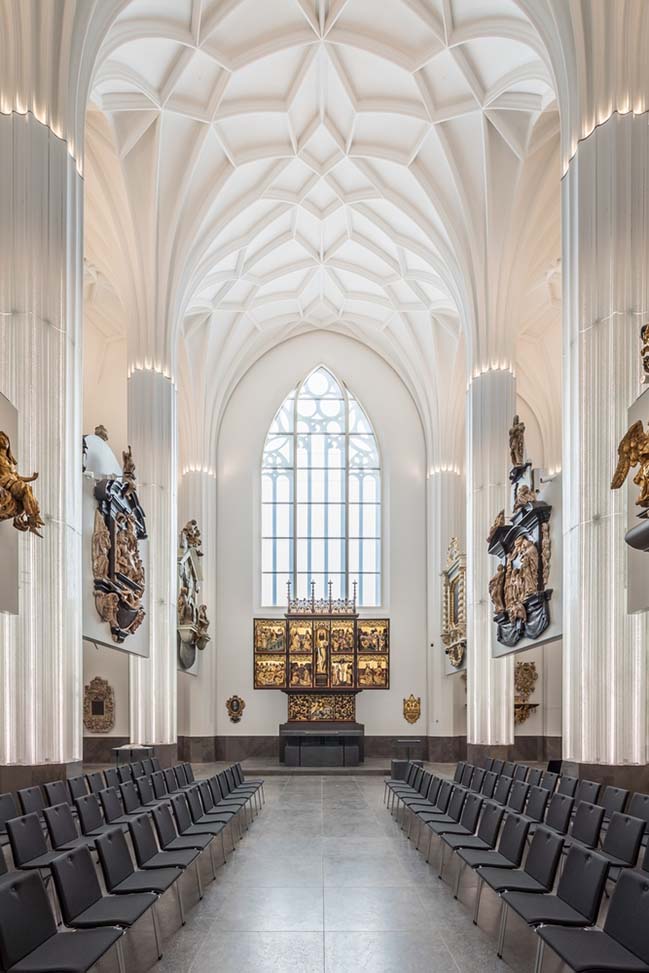 Erick van Egeraat says: “By far the most challenging project in my career so far. I am very delighted with the final result. It reflects every detail of our design intentions. Leipzig can be proud.” 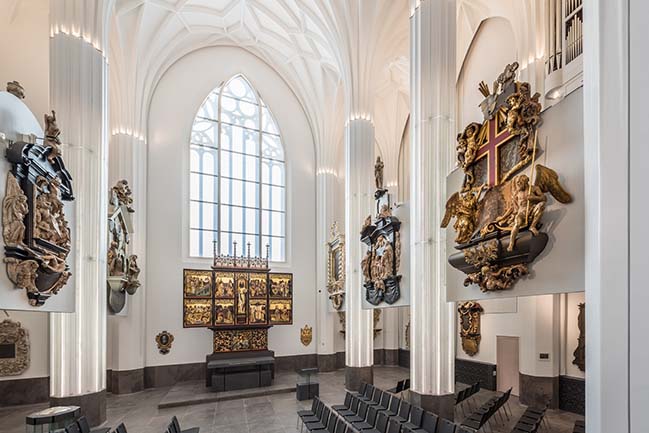 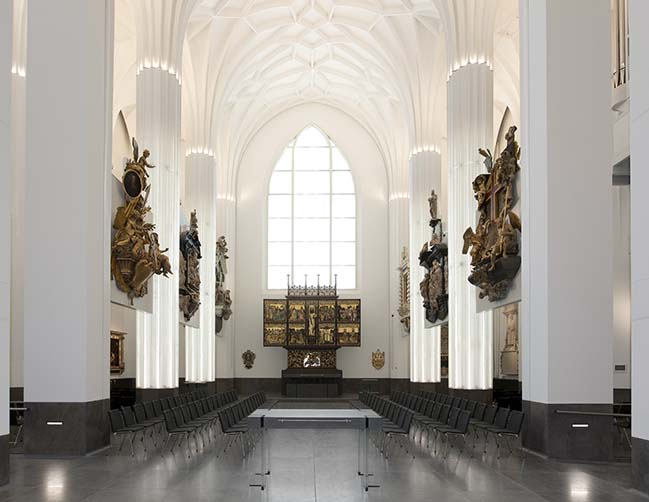 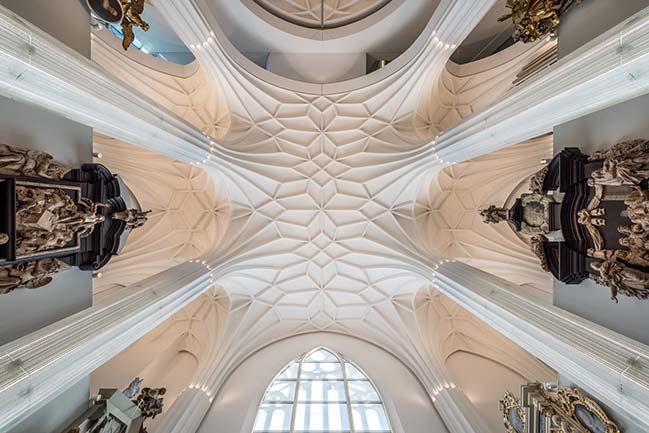 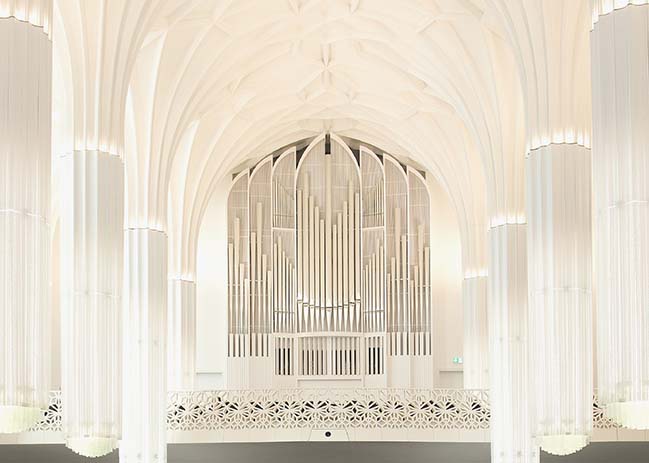 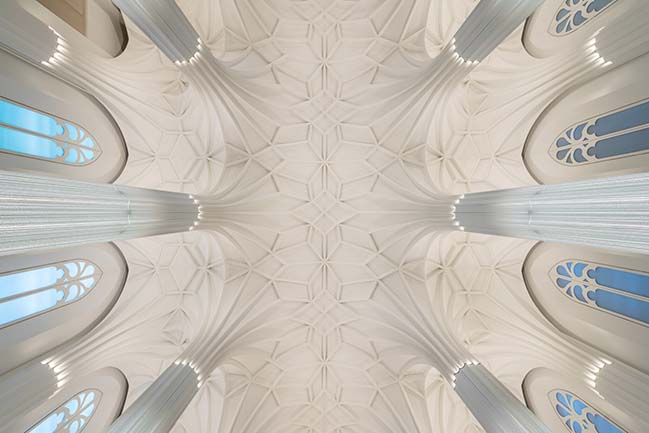 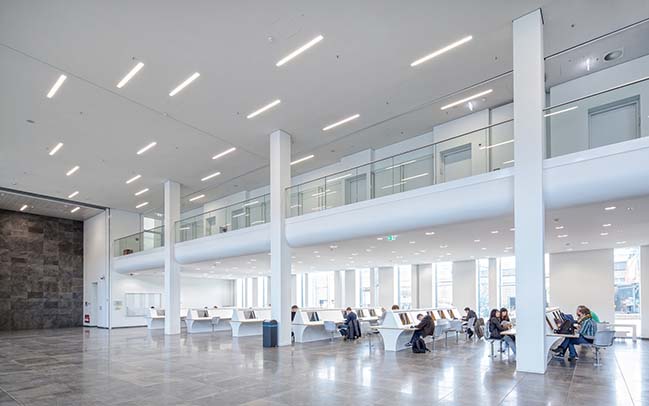 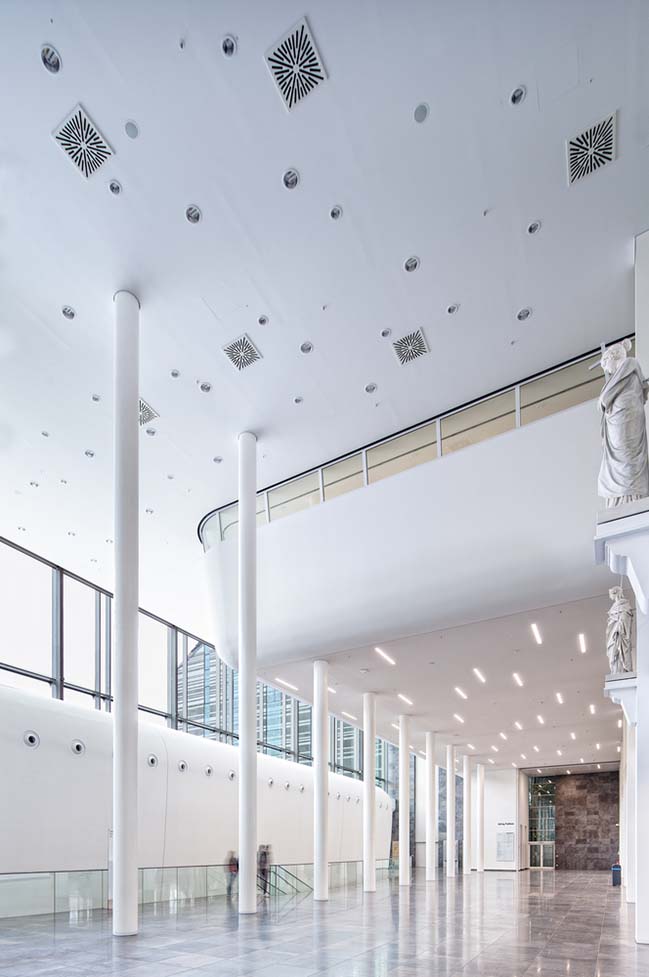 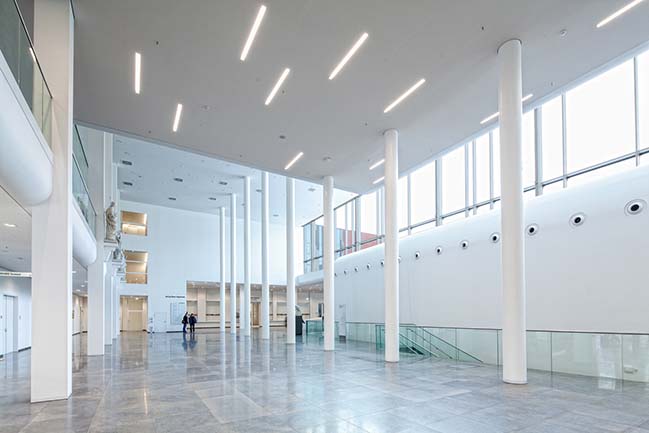 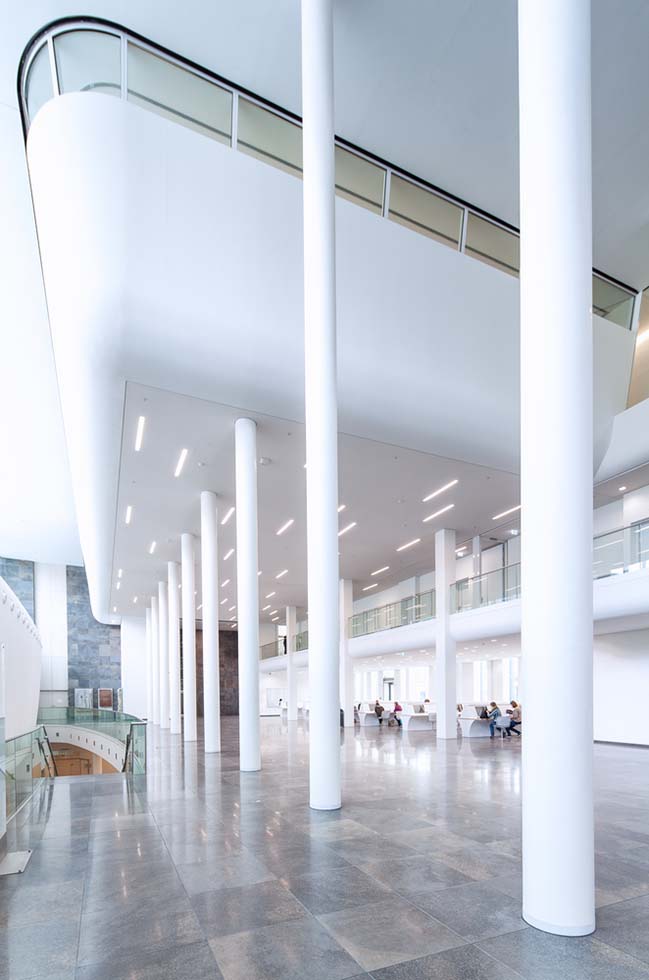 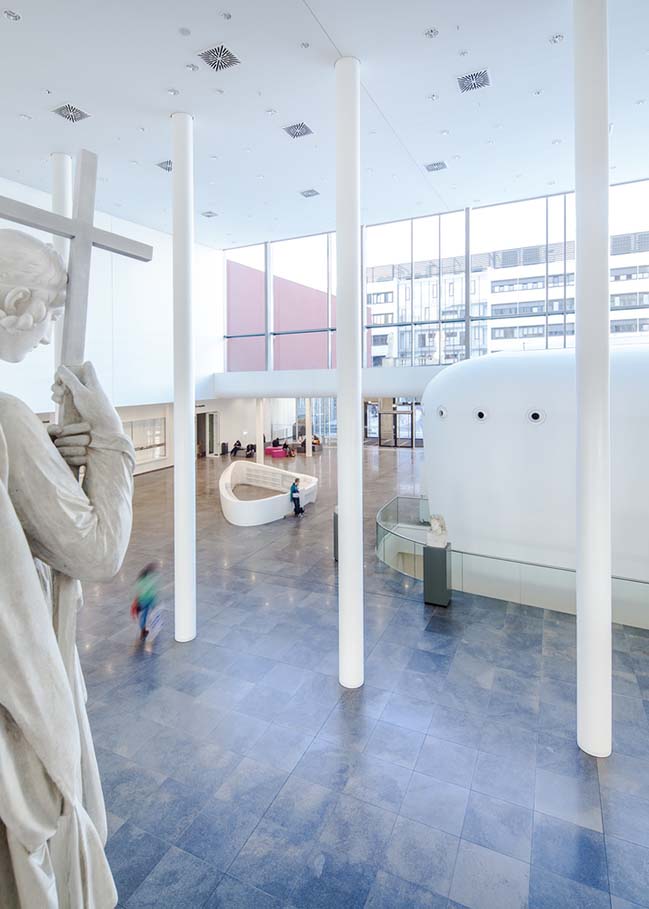 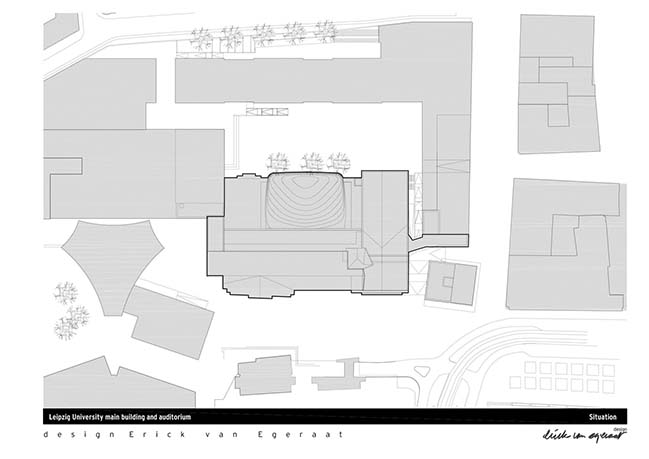 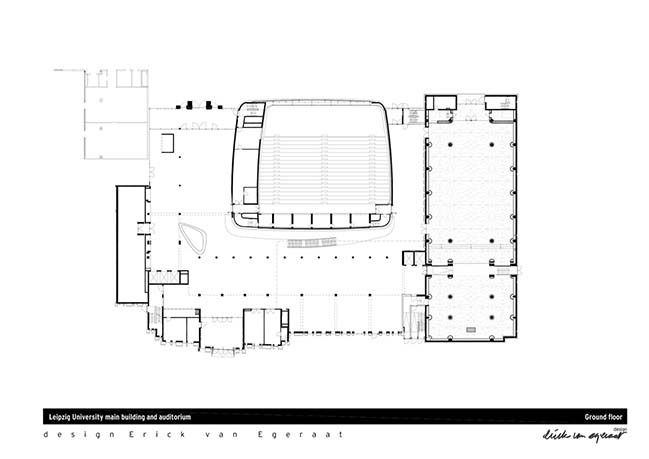 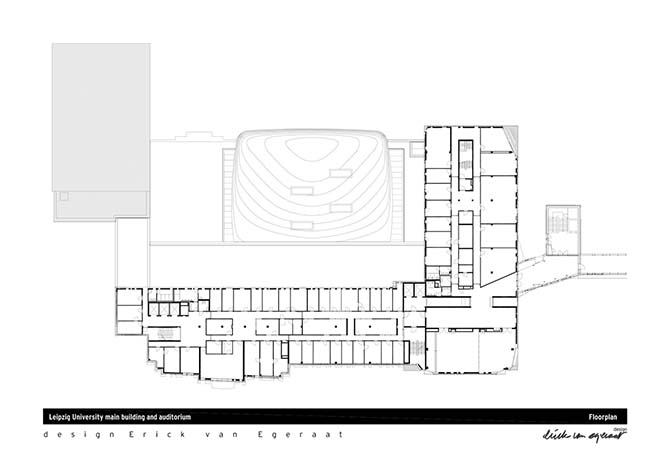 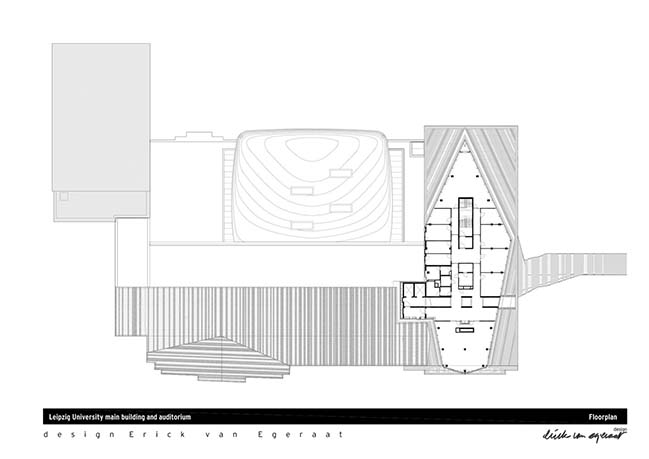 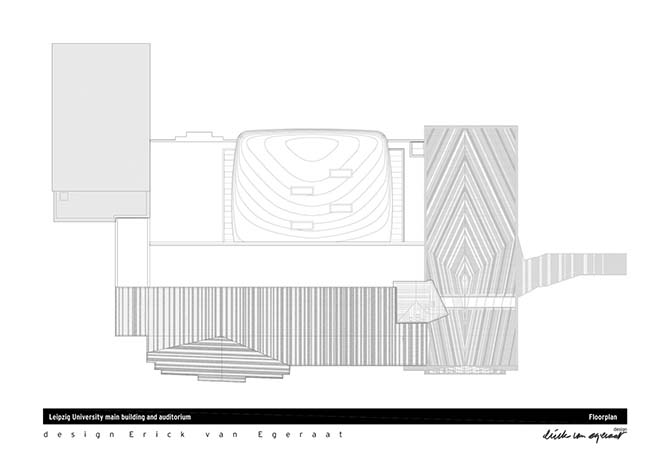 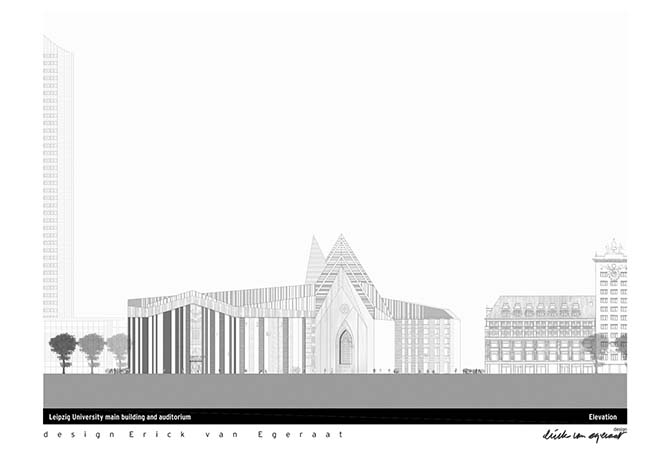 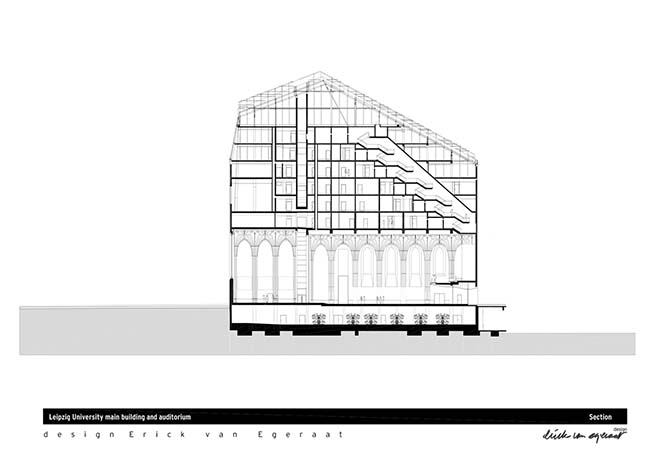 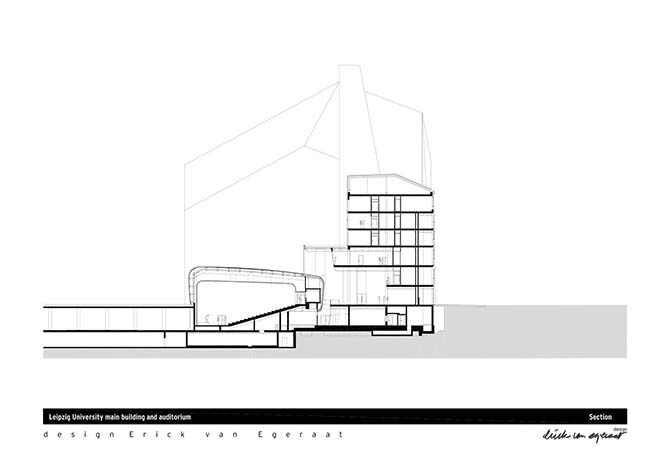 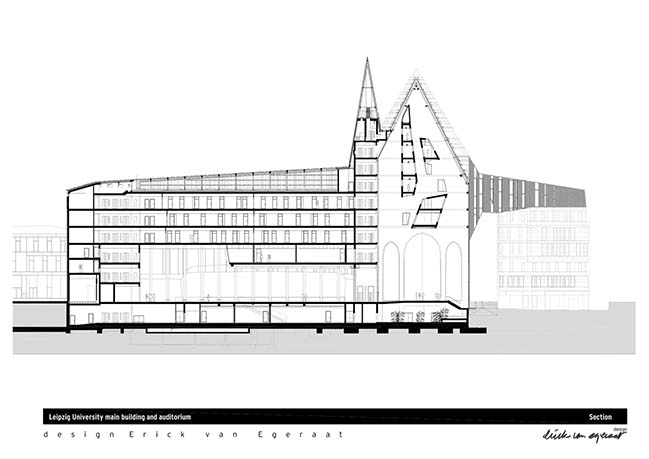 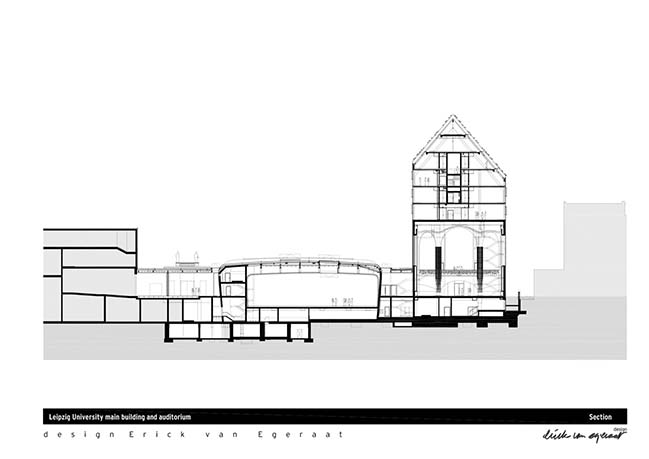 12 / 09 / 2017 With the new main building, auditorium and Paulinum, designed by the Dutch architect Erick van Egeraat, the new University of Leipzig