LuxeRivers is a new mixed-use development in Chongqing, a large city in southwest China, on a steep site at the confluence of the Yangtze and the Jialing Rivers... 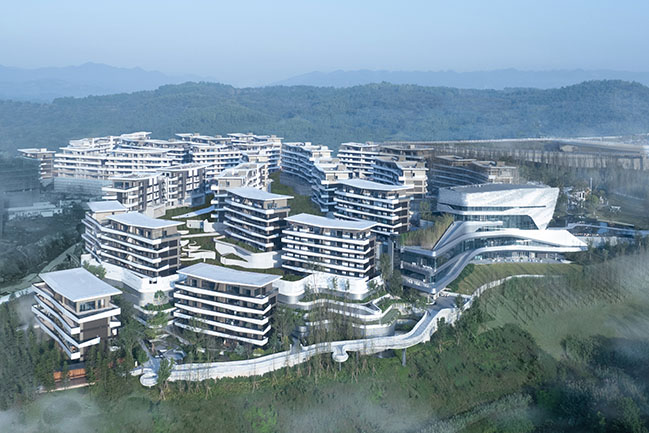 From the architect: It comprises several blocks of luxury apartments, residential villas and commercial elements woven together with extensive infrastructure, including bridges and tunnels, landscaping, paths, water features and recreational facilities. 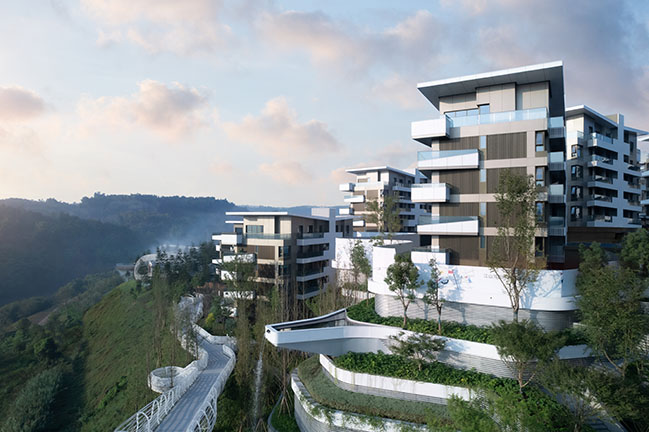 South African-based architectural firm SAOTA was involved in several aspects of the design and planning of the development, including the design of the façade treatment for the apartment buildings and a series of standalone villas, which are included in future phases of the development. SAOTA also advised on aspects of the masterplan, particularly as it related to the placement and orientation of the apartments and villas, which were shifted to maximise views of the river and to relate better to topography and climate. 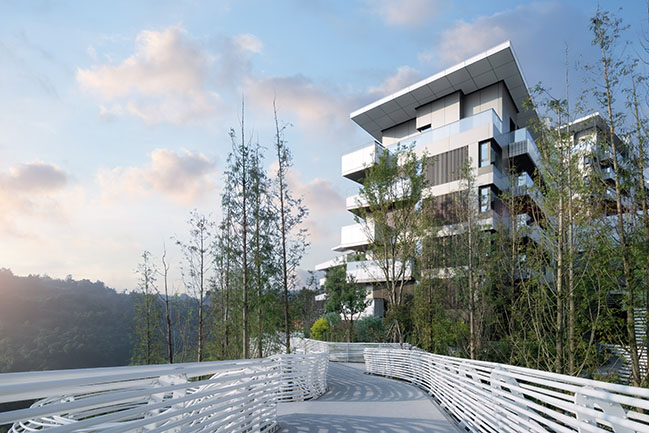 The arresting sculptural façade and balcony treatment gives the apartments their striking aesthetic identity. However, among SAOTA’s challenges was the extent to which their design had to be visually powerful and dynamic while remaining simple and following the structural and organisational logic of the existing building. The apartments faced all directions, so the solution had to be versatile enough to remain effective whatever its orientation. 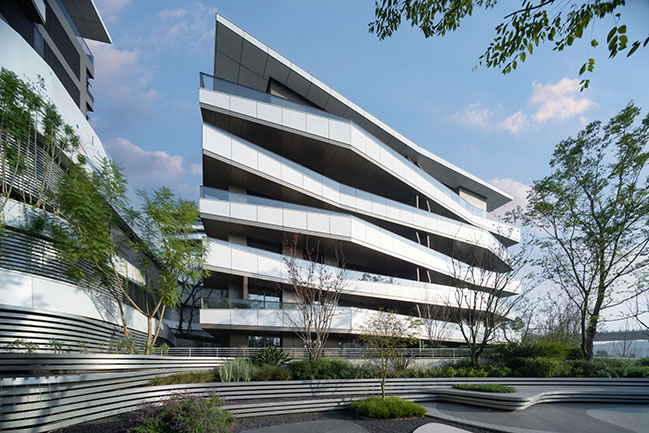 SAOTA devised a faceted geometry with a seesaw or “zippered” effect that creates depth through the shifting interaction of light and shadow on the angled façade. The pattern of light and shadow as the sun strikes the façade animates the terraces, which are angled in elevation and in plan so that their appearance shifts and changes according to the time of day, light conditions and the viewer’s perspective. 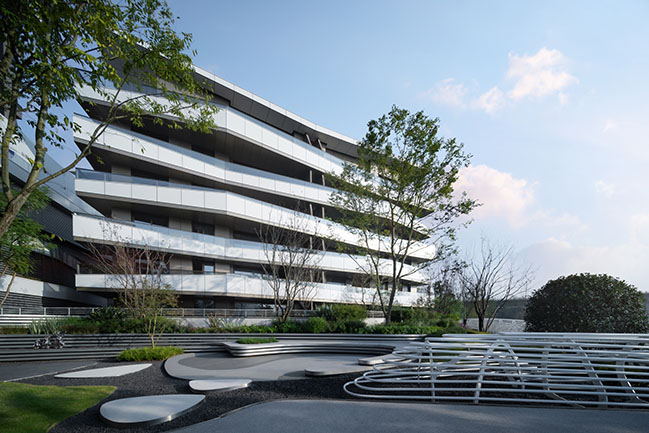 The balconies “kick out” at points, which adds to the effect, while the “kinks” also open up dual views in certain instances, particularly to the sides, which a more conventional box terrace would not have allowed. The balconies, as a result, are also deeper than straight balconies would have been. The overhangs shelter each other so that they are useful and habitable year-round. 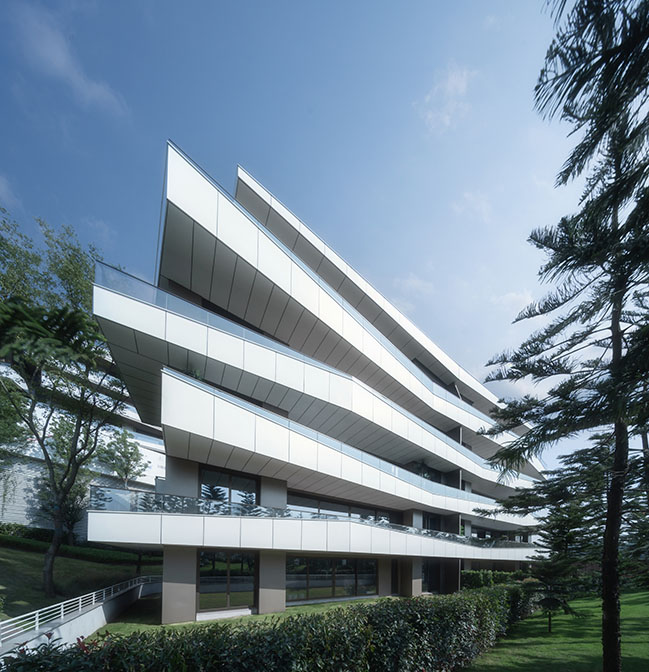 The variation and depth of the façades are important in a development of this scale, which might otherwise have appeared monotonous. Nonetheless, its consistent design language unifies the buildings and creates a sense of coherence throughout the development. 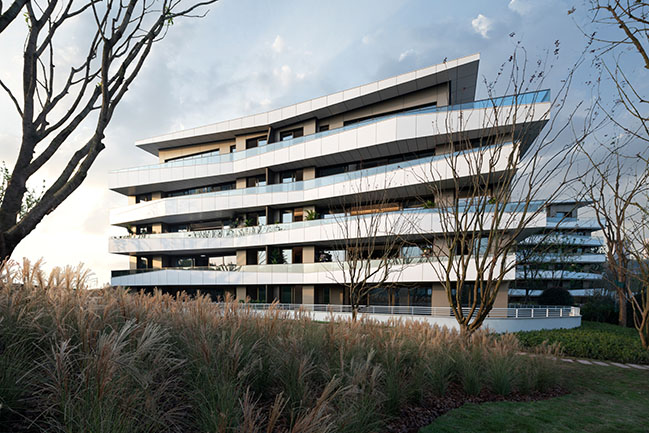 In some instances, the zig-zag lines of the terraces create a visual link between separate buildings. This extended horizontal emphasis softens the vertical profile of the buildings, which is important given that they are inevitably experienced by pedestrians. The conscious interplay of levels picks up on the contours of the terraced landscaping, while the fragmented lines help dematerialise the building mass. 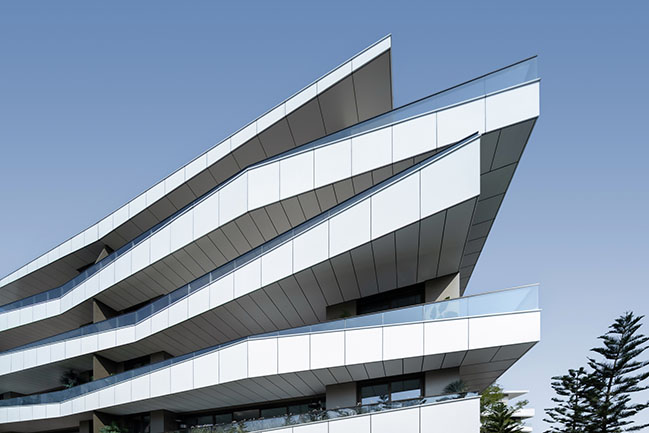 The reflective metallic façade cladding interacts with the frequently misty air in and around Chongqing. In the haziness of the silver-grey light, as it is reflected on the metallic surfaces, the terraces almost dissipate into the ribbons of mist that envelope the buildings. In fact, the conceptual basis of SAOTA’s broader interventions, including aspects of their design for the villas, was inspired by the climate and the elements, referencing earth, water and air: the presence of the river, the forested hills and the mist, which at times imparts a mysterious, almost magical atmosphere to the setting. 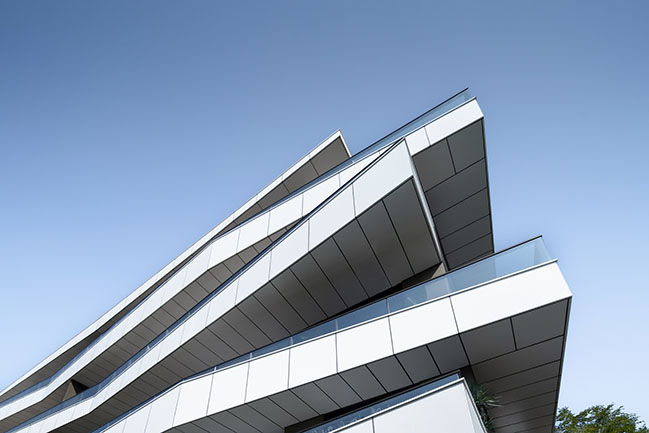 The lower terraces and the plinths of the apartment buildings are curvilinear in contrast to the angular balconies, allowing them to make a gentle transition from built fabric to the contours of the landscape, where meandering paths and nature trails overlook the river. In some instances, the lower terraces are planted, further blurring the distinction between landscape and building. The rails and balustrades along the walkways extend the wavy lines. 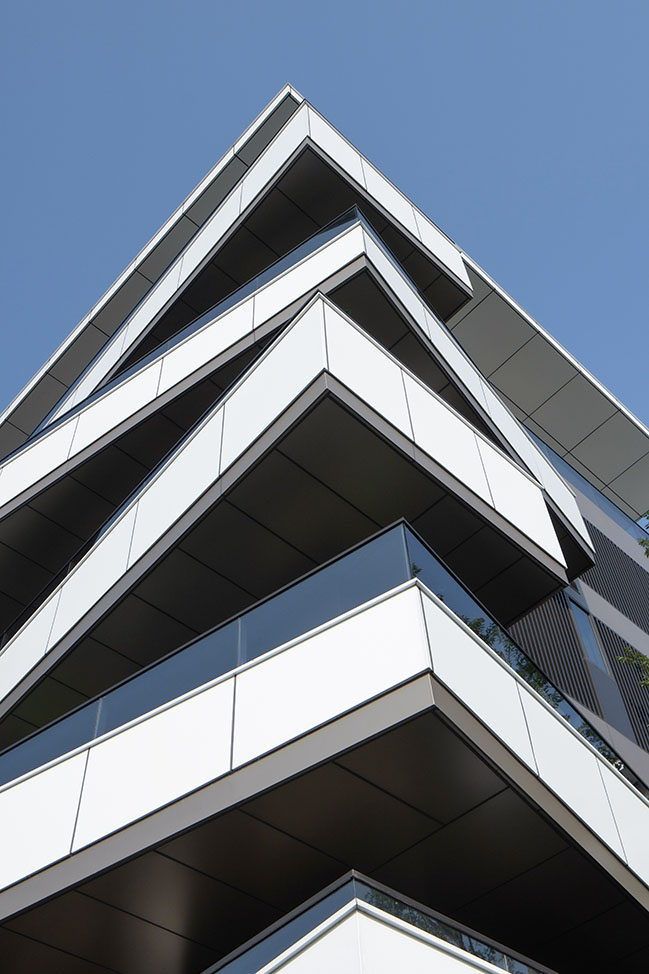 SAOTA’s designs at LuxeRivers join their growing portfolio of high-end apartments, mixed-use developments, and precincts worldwide. SAOTA’s concept design for La Reserve a hotel resort situated on the outskirts of Dakar, was recently Highly Commended in the Leisure Led Development – Future Project category at The World Architecture Festival (WAF) 2021. Neuländer Quarree, a mixed-use development in Hamburg, Germany, was also Highly Commended in the Residential Future Project category at The World Architecture Festival (WAF) in 2019. Others include the SAPOA-award-winning Clifton Terraces in Cape Town and other upcoming projects in China, underlining the firm’s experience and effectiveness across low-density, medium-density and high-density apartment developments across various scales.

SAOTA implemented the initial design direction of the LuxeRivers multi-rise towers, but the final design was developed and executed by US-based 5+design. 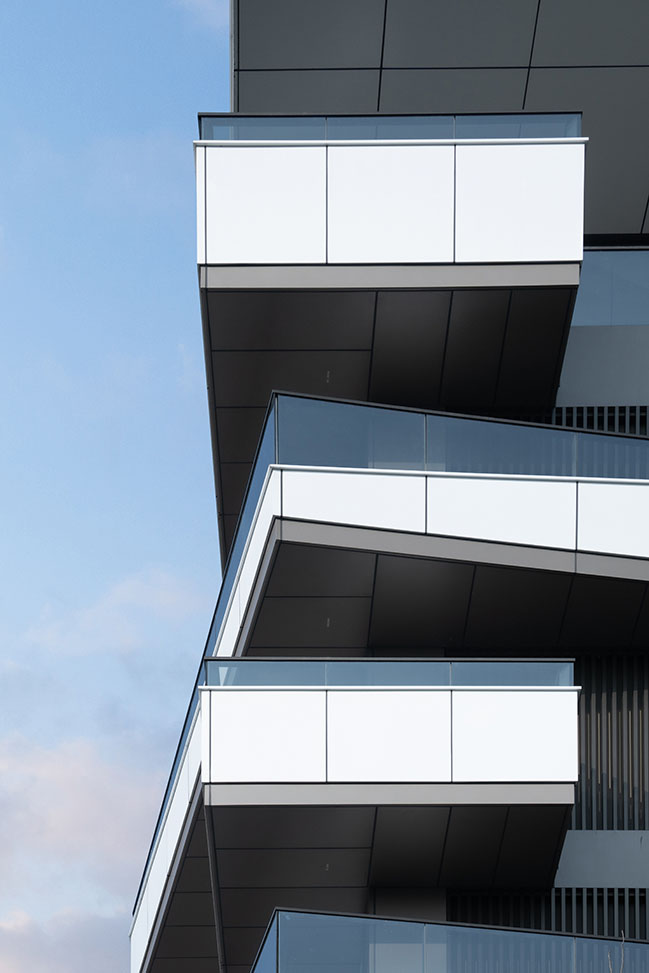 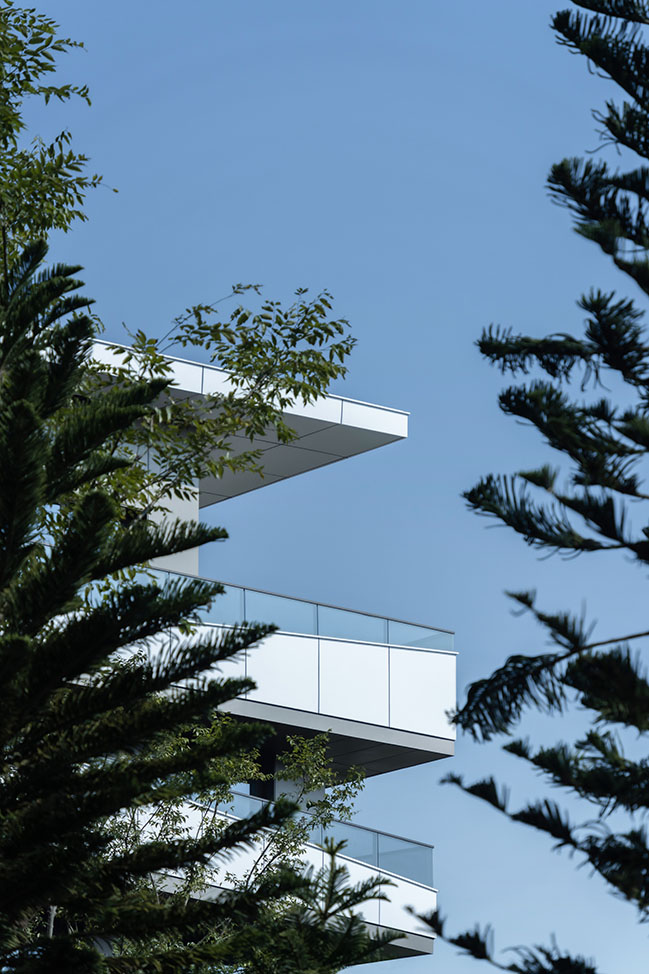 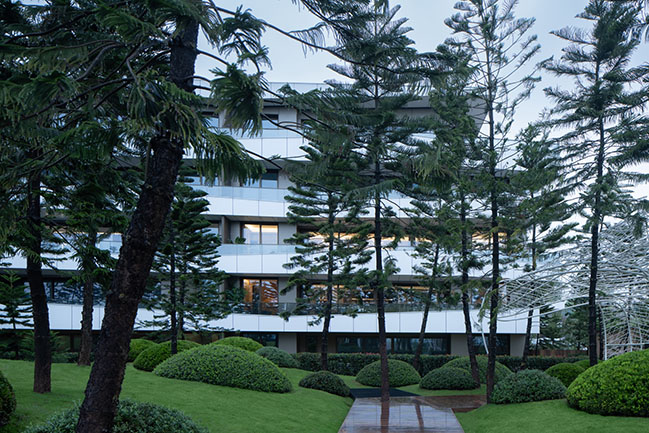 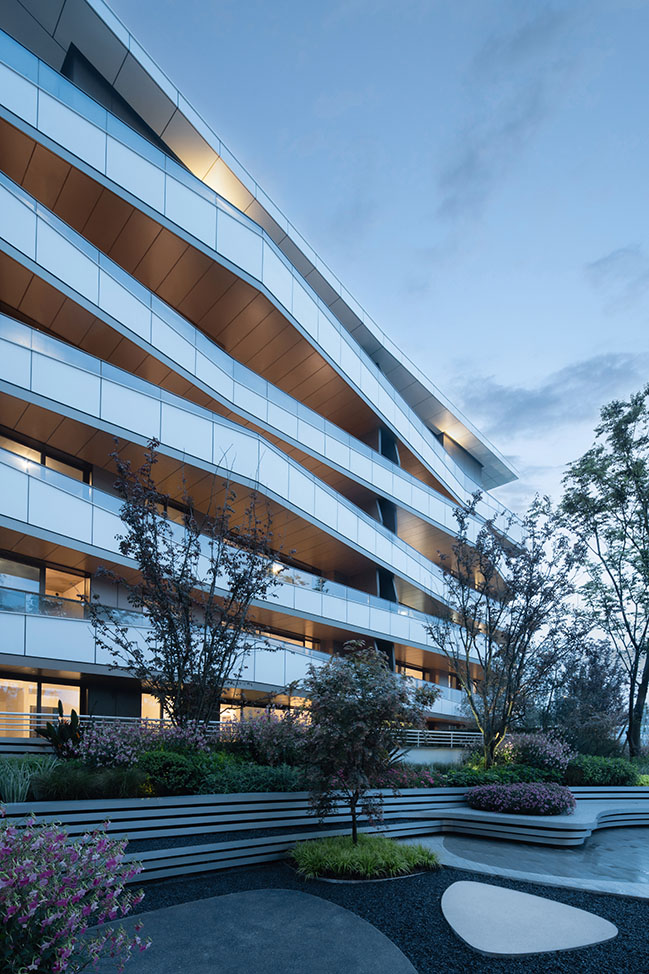 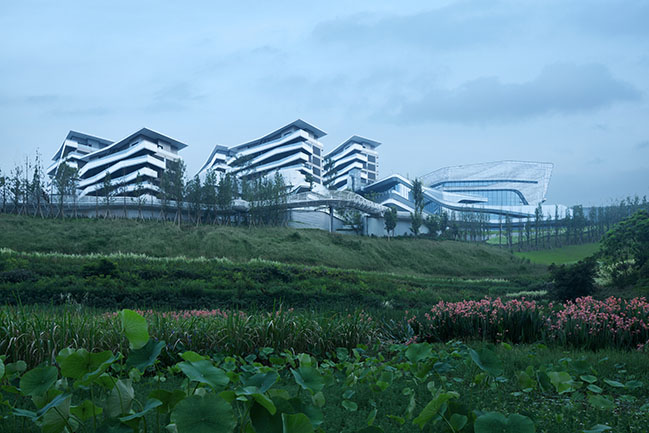 06 / 21 / 2022 LuxeRivers is a new mixed-use development in Chongqing, a large city in southwest China, on a steep site at the confluence of the Yangtze and the Jialing Rivers...