Mecanoo architecten has been named the winner of the urban design competition for the Shenzhen North Station business district. 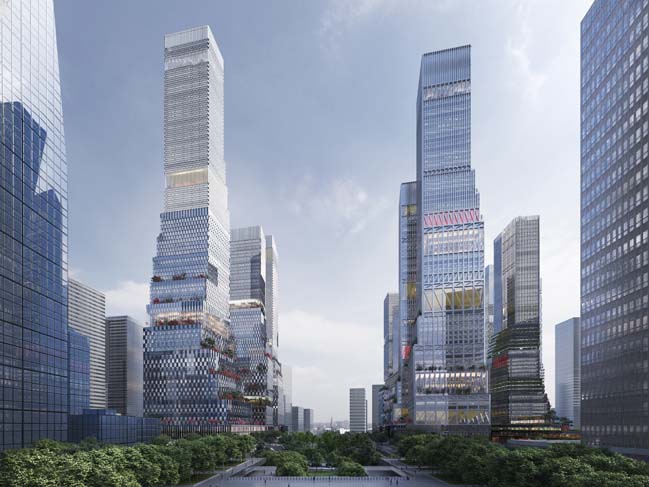 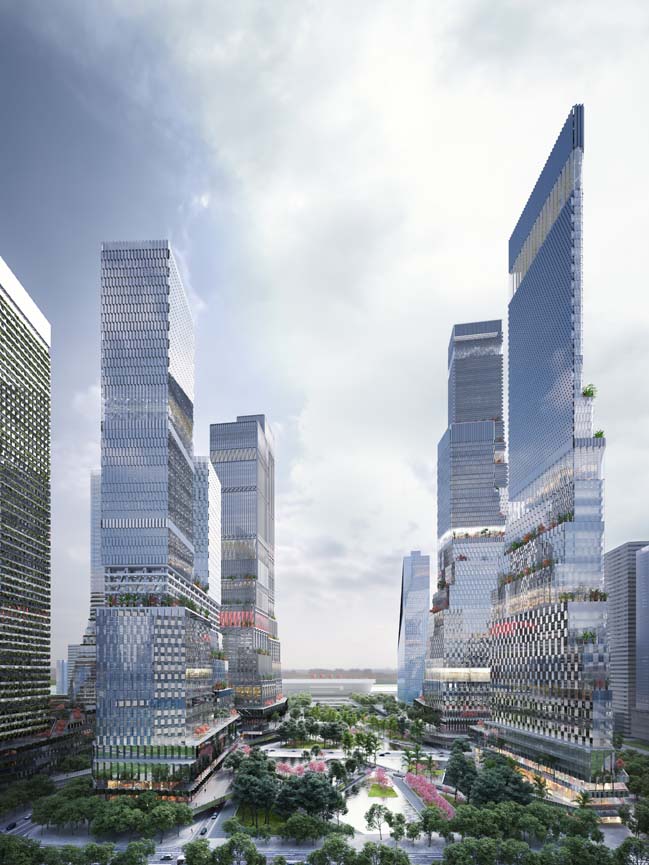 Public park
The proposal aims to create a strong identity for the neighbourhood. The main buildings of the business district are set around a central urban park and vary in height between 278 and 428 metres. By situating the transportation nodes on the subterranean levels, the public park appears as an open green space, something the area currently lacks. 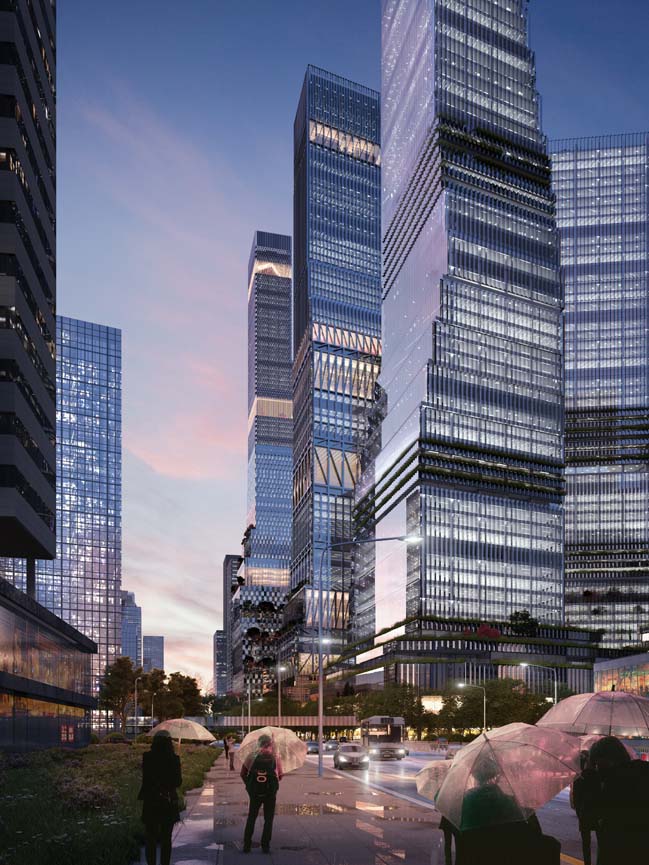 Pedestrian network
The two-level plinth merges with the design of the park through an intricate network of overpasses, ramps and landscaped platforms that seamlessly weave into the urban setting, offering safe and comfortable access routes to the railway and metro station. Commercial areas face the park in order to generate a lively public space. The elevated pedestrian network connects all towers of the Shenzhen North Station business district, creating a comfortable small-scale atmosphere that reinforces the sense of a neighbourhood. Water features give the urban park a special character, offering cool places where people can relax, meet, and engage in leisure activities. 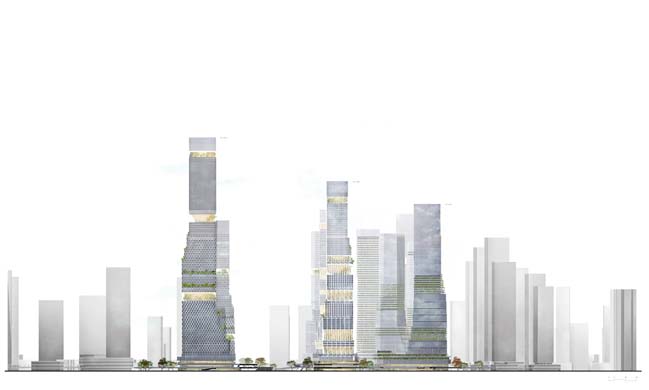 Facade system
Rather than define the exact shape of the towers, the design establishes rules which ensure coherency yet encourage a degree of variation. The smart facade system of glazed, angled elements offers diversity to support the different programmes and respond to the orientation while ensuring the overall appearance. 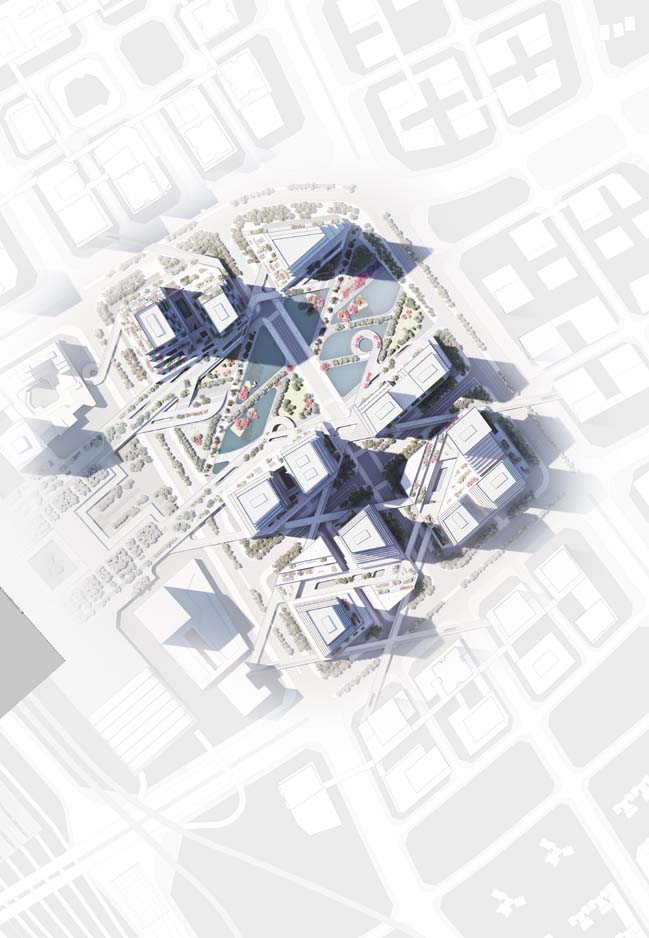 Setbacks
The towers are conceived within a system of equal setbacks so that the top two-thirds have a smaller footprint than the bottom thirds. The result is an ensemble of towers that respond to each other’s shape, allowing open views and daylight optimisation. From a functional perspective, the variation in perimeters provides better accommodation of the mixed-used programmes. The hotel programme is placed in the upper part of the tower, whereas the programmes that require maximum flexibility, like department stores, congress centres and open-plan office spaces, are incorporated into the base. The setbacks also allow for the creation of roof gardens, which – together with interior sky gardens at some of the higher levels – integrate the urban park design into the buildings.