CHROFI and NBRS ARCHITECTURE are delighted to have been appointed to refurbish the The Sutherland Entertainment Centre, and look forward to partnering with Sutherland Shire Council and the broader community to create a fantastic performing arts and cultural venue. 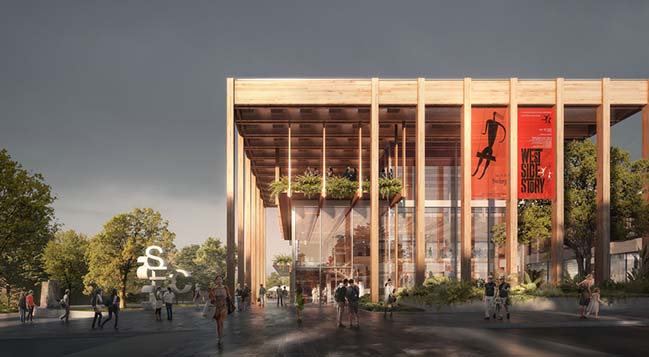 From the architect: Designed and built in the 1970s primarily as a musical venue, the then ‘Sutherland Civic Centre’ relied on an inward focus on its auditorium and on a narrow public address to Eton Street. This was a time when buildings like this relied on a separation between inside and outside and where spaces such as the foyer had only one purpose. This was also long before the development of Peace Park to the building’s north. 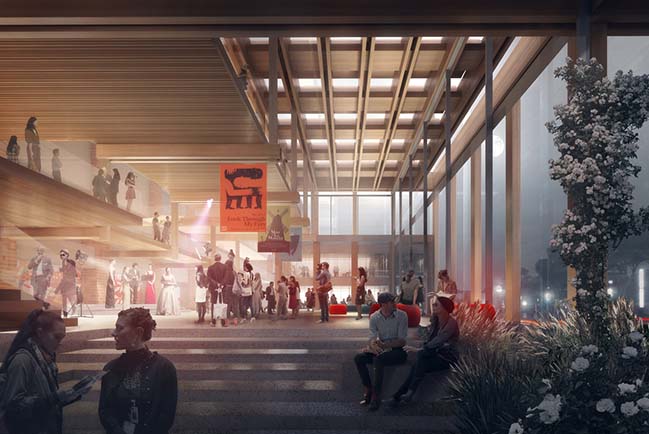 Fast forward to the present day. What we now find is a 40+ year old building which is in relatively good physical condition. However, as a modern day public venue, it must now cater to a diversity of cultural and technical needs. It must have a more open outlook and offer more to its community, both in terms of its relationship with its immediate surrounds but also in its spatial flexibility.

Our proposal seeks to offer a new and more engaging address for the Entertainment Centre by virtue of a more friendly and integrated relationship with Peace Park. This speaks to an opportunity to re-affirm Peace Park as the civic heart of Sutherland - a place with stronger connections not only to already established civic institutions but also with anticipated future developments within the Sutherland Town Centre. 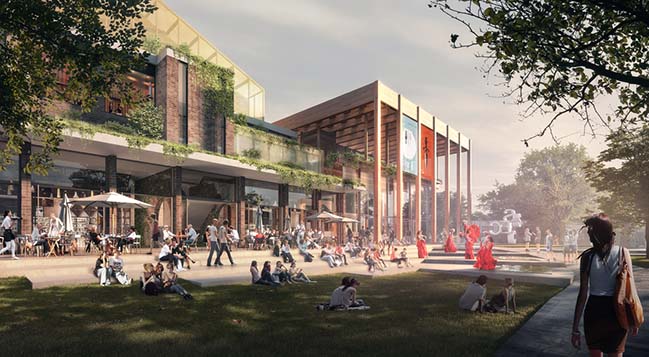 The new foyer will be an extension of this ‘verandah’ space. As the hardest working space within the re-imagined Entertainment Centre, it would serve its traditional role as gathering place at performance times but also be a ‘performance’ space in its own right - as venue for a diverse range of community uses from banquets and exhibitions to intimate musical performances.

Just as there is much spatial potential between the building and the park there are also wonderful opportunities to re-use much of the building’s current fabric. We propose that the existing black box space and administration building be retained and re-purposed to be café / theatre bar and foyer on the Ground Floor and multi-purpose community room and rehearsal space on Level 1. Likewise, the structure and facade on the north side of the building would be adapted for new uses such as restaurant, kitchen and stores on the Ground Floor; Administration spaces on Level 1 and Green Room on Level 2, each with a view of the park and connected by the existing ivy clad egress stair.

The auditorium also retains much of its surrounding envelope but will become an entirely new and lively space. The existing flat floor will be transformed into a more immersive tiered seating arrangement and all acoustics, accessibility and back of house functions revitalised to provide a venue with broad appeal for audiences and performers alike. The new theatre will be designed to meet or exceed national benchmarks for Performing Arts Centres, achieving a four star rating for theatres on the local, regional and national touring circuit.

05 / 07 / 2019 CHROFI and NBRS ARCHITECTURE are delighted to have been appointed to refurbish the The Sutherland Entertainment Centre, and look forward to partnering with Sutherland Shire Council