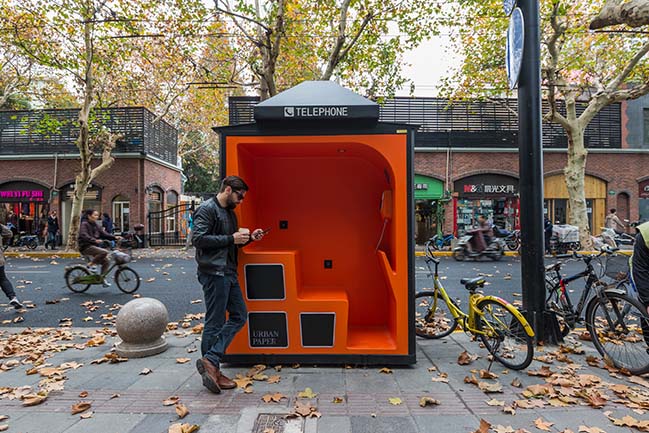 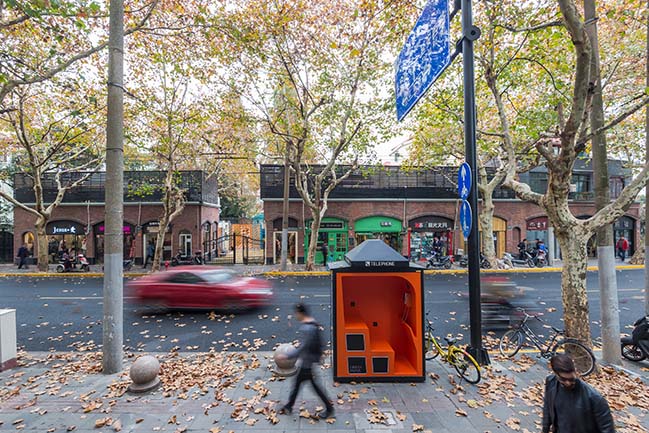 From the architect: The Phone Booths is a public space intervention powered by MINI China through its platform Urban Matters, which curates and creates design solutions that tackle urban challenges confronting China’s creative class. The main objective was to explore the possibilities of revamping such old relics to become of relevant public use in this contemporary time, as they already were in a past time.

Every major city in the world has a network of public phone booths on most streets, which was crucial to the running of the city, however a couple of decades phonebooths throughout the world became obsolete. In a lot of places, they had even become urban trash bins or even worst, public toilets. 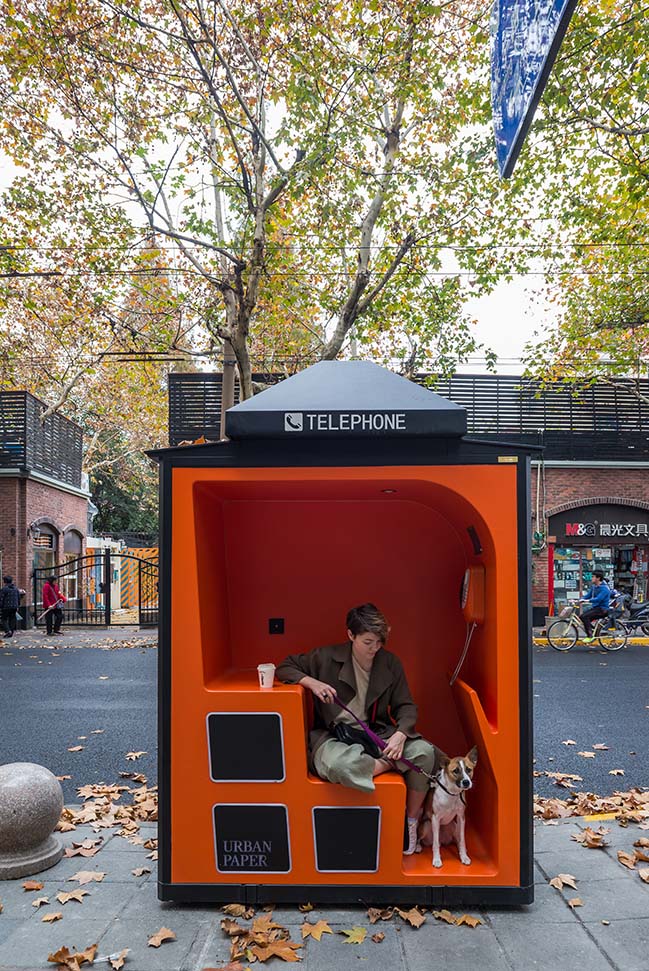 How could old public phone booths serve to other public purposes in this era of smartphones?. What other functions, rather than making a call, are relevant in the current contemporary public realm?

These thoughts have motivated many creative people around the world to look for solutions to turn those urban relics into something more useful to the current society and its lifestyle. 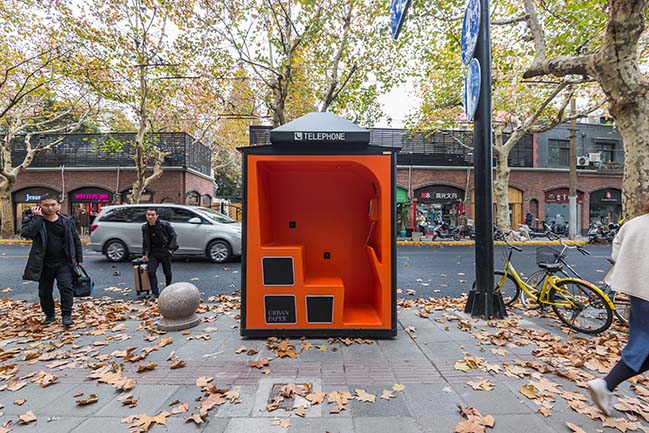 We were hired to rethink the role of those urban objects in our contemporary city with the current needs and conditions of the real potential users of today. after analyzing the booths, the answer was clear. We had to turn them into urban mini capsules that facilitate interaction among people. 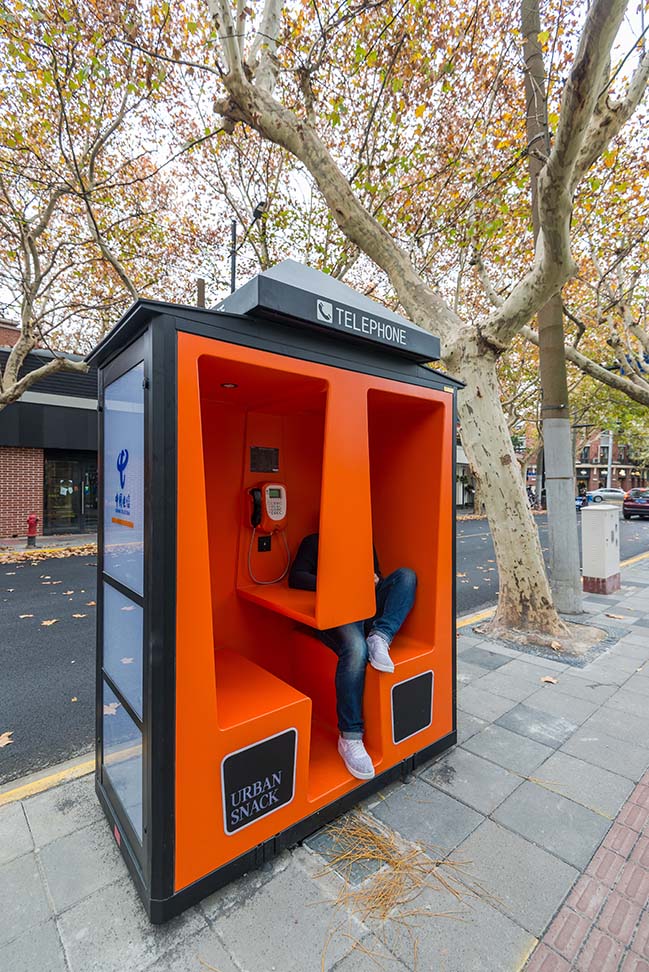 See, in the past, they did not only offer a phone to make calls, they also provided shelter for the person using it, a roof, an enclosed space, a sense of privacy. That intrinsic ability to generate a space is what we were mostly interested in and wanted to replicate in a contemporary way. 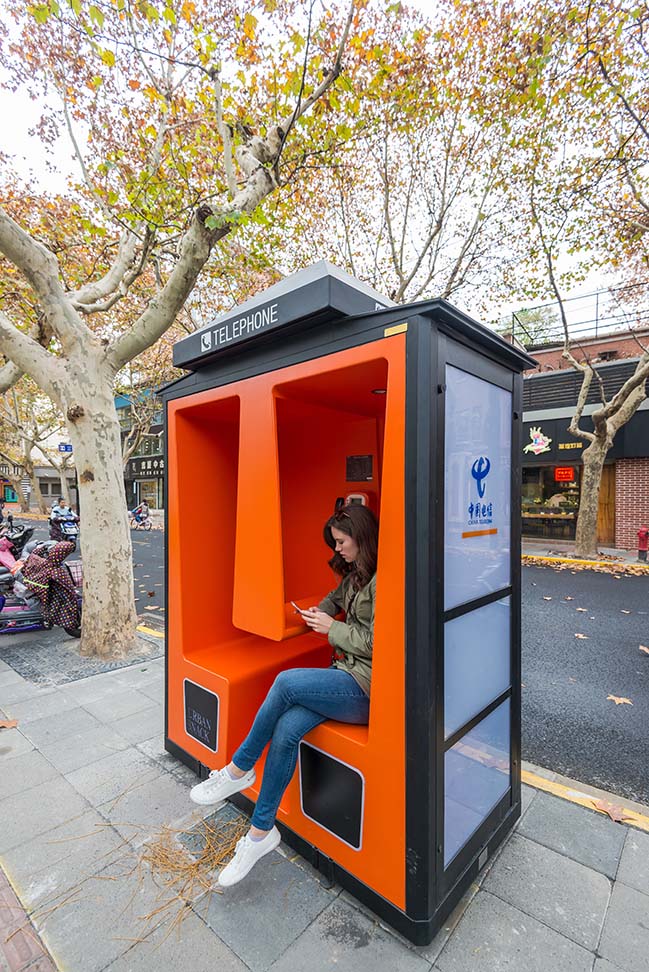 With the only difference of the current times in which we live in we seem to be all over-inter-connected, therefore we decided to modernize the way the space is set. Instead of enclosed and isolated, we opened the booths to the pedestrian sidewalks, turning them into public furniture, stablishing a dialog with the rest of the public realm, and creating a controversial & contrasting look. 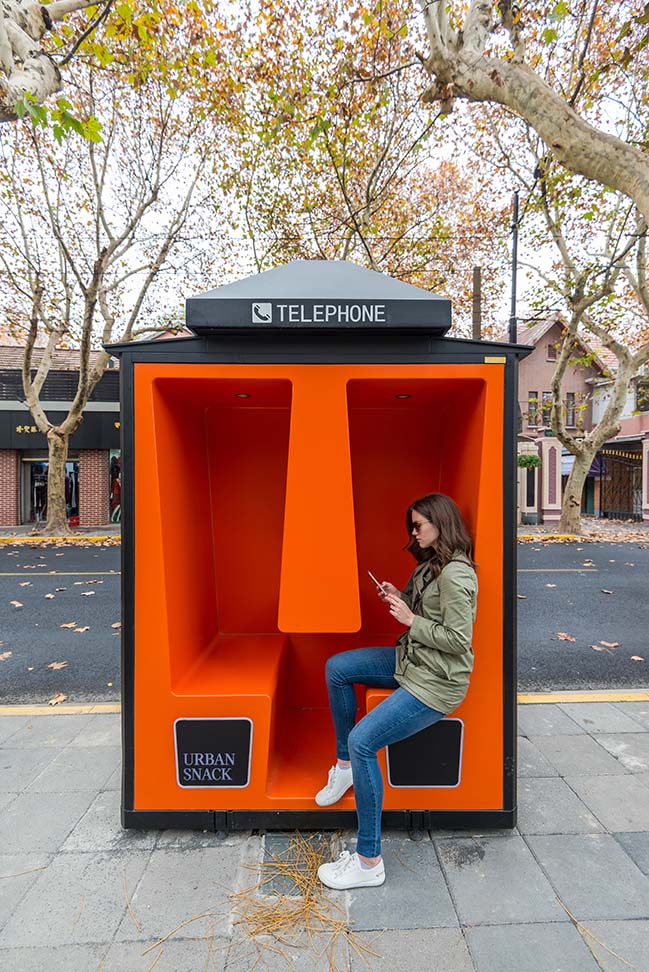 Our design created 3 different prototypes that facilitate interactions in different ways. To achieve that, we mainly kept the basic old metal structures, in order to keep a major resemblance to its past, only just repainted in matt black to have a more bad ass look. By removing just the front part facing the sidewalk we would end up with a limited empty box to insert an instant function within its frame.

The “instant functions” were done in a striking matt orange color, looking for a strong contrast of colors between the preexisting structure and the new function. 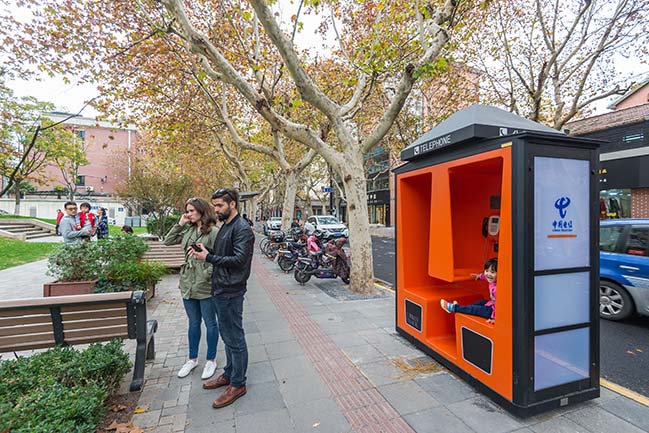 The other 3 sides of the booth were also modified, introducing LED diffusive light boxes behind all their glasses, in order to make the entire booth glow at night, becoming a human scale urban landmark on Yuyuan Road. 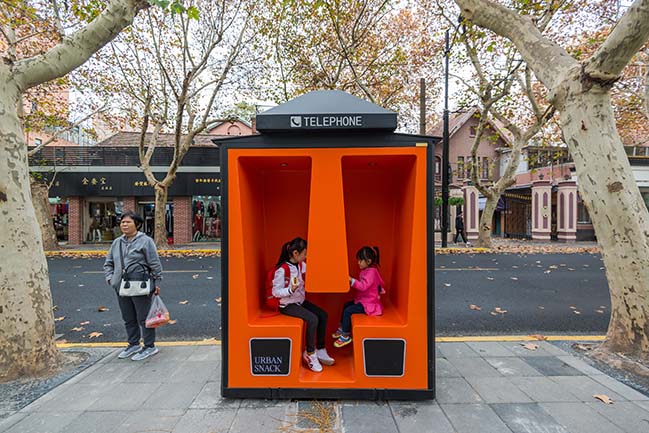 Finally, the extreme makeover provided the phonebooths with a very cool and contemporary looking bringing back those old relics with new functions and possibilities. The 5 phonebooths units are distributed in the sidewalk along 900meters and will be permanently open to the public as a new typology of functional open urban objects to be enjoyed by the pedestrian in the historical road Yuyuan lu, Shanghai, China. 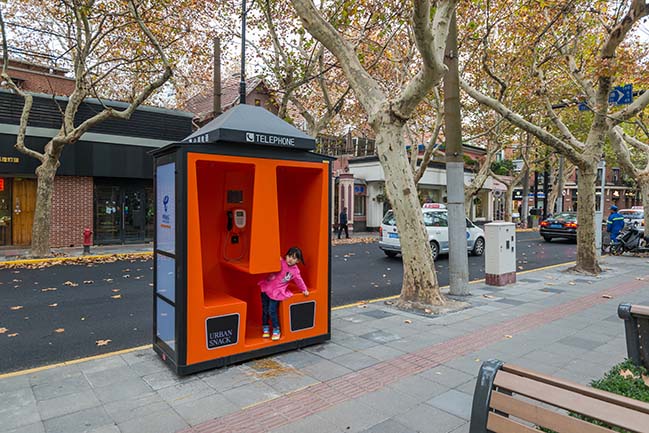 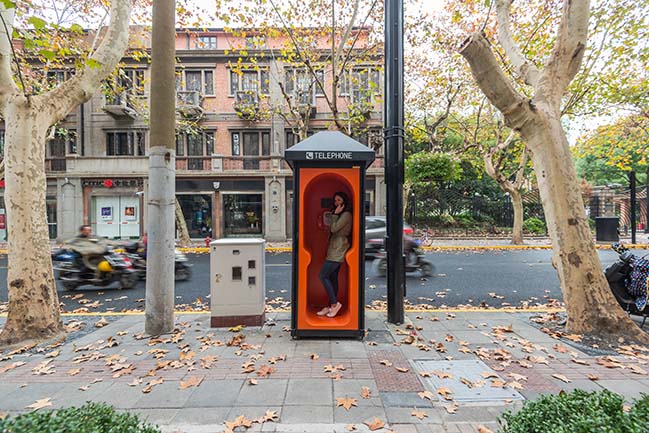 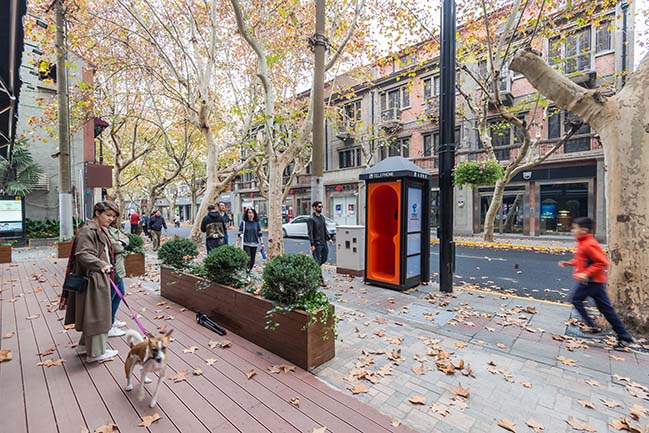 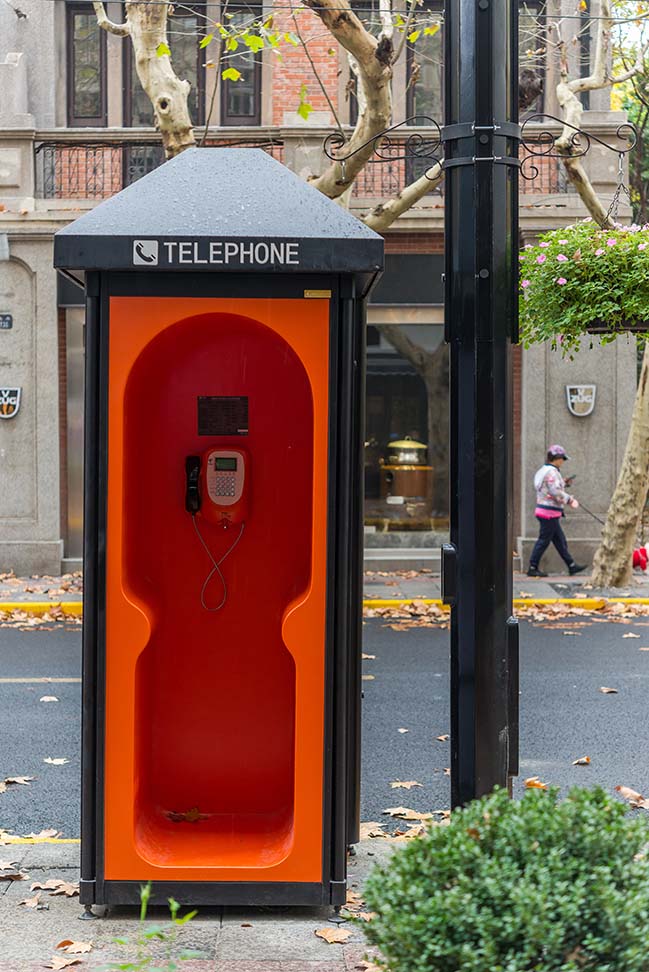 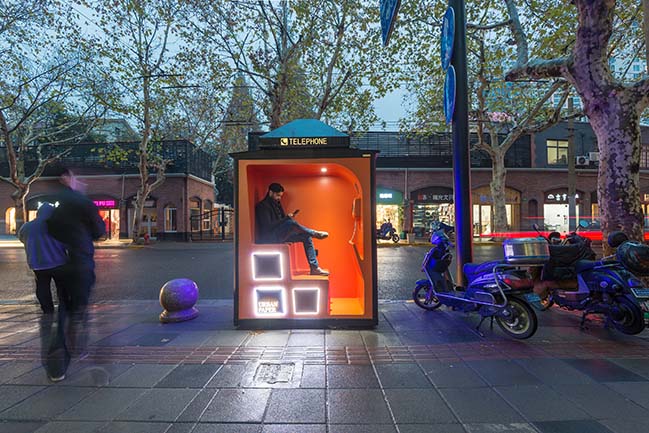 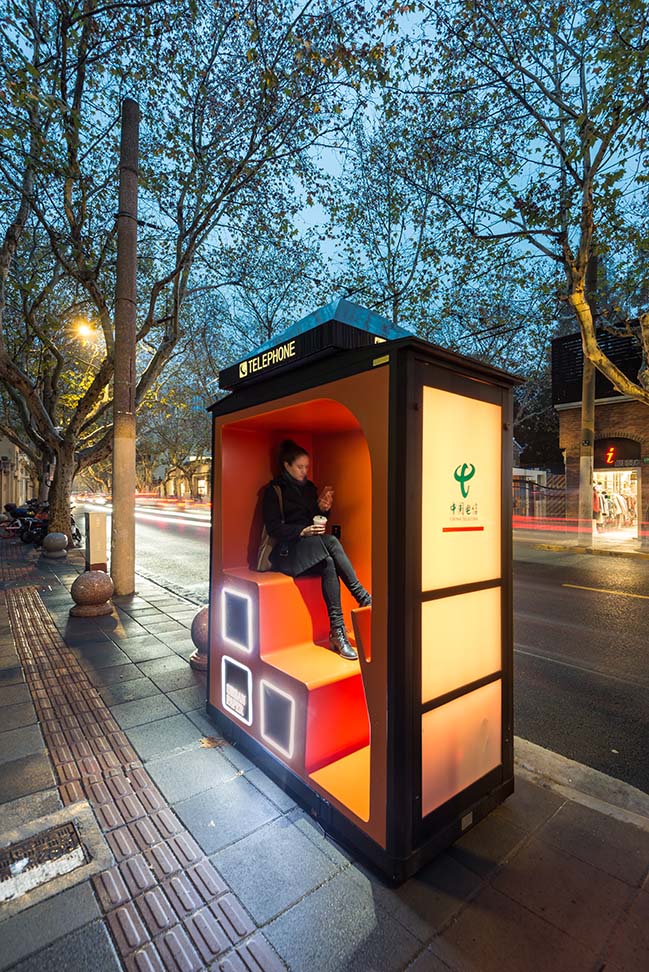 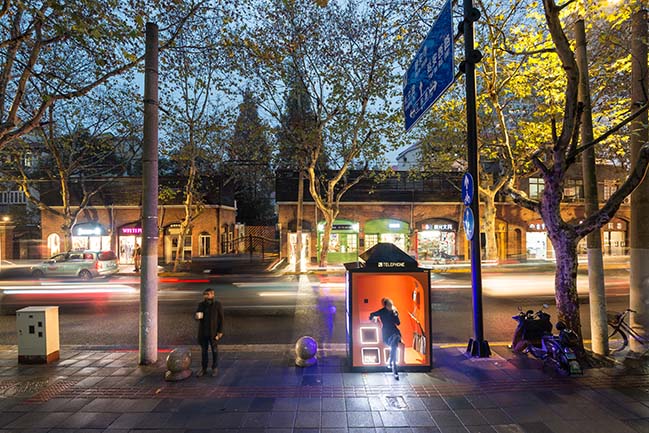 > YOU MAY ALSO LIKE: Underwater Office Space in Shanghai by 100architects 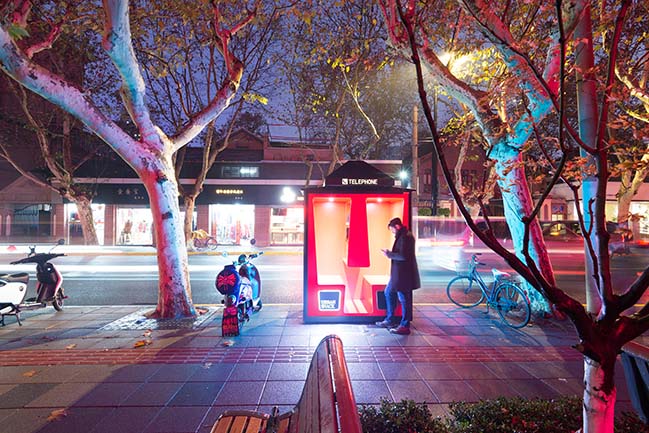 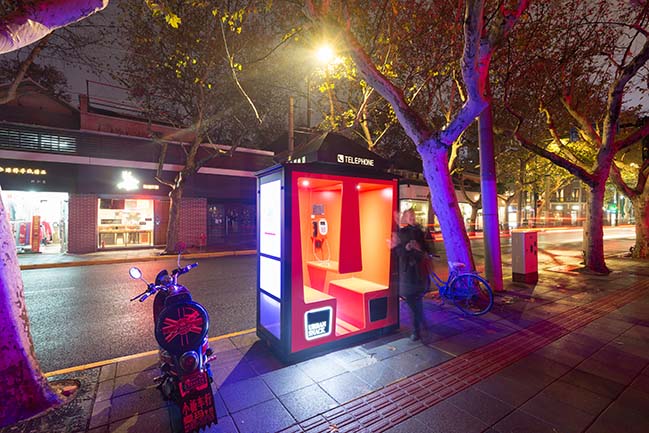 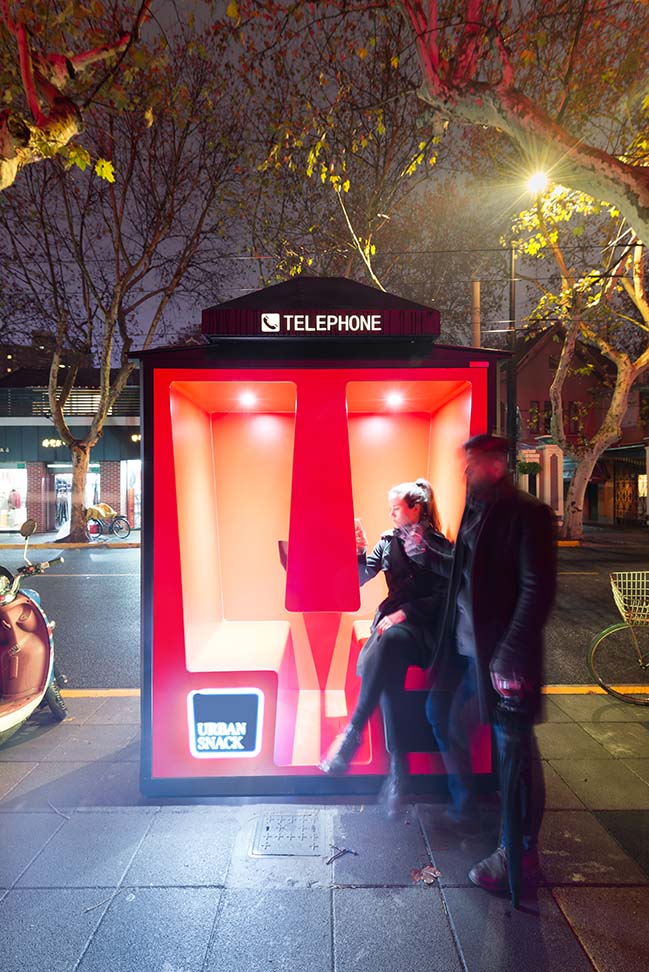 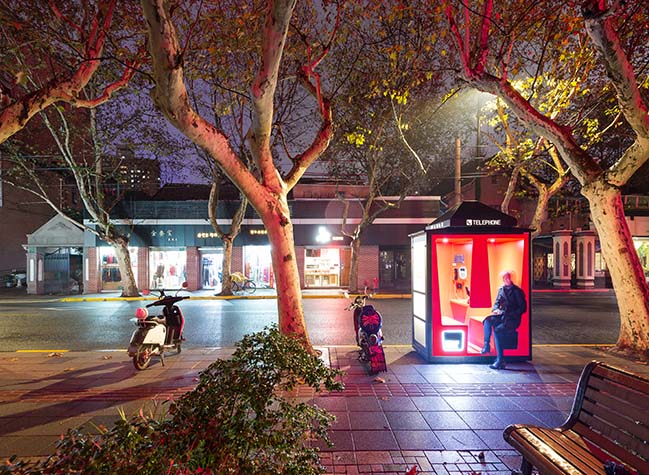 > YOU MAY ALSO LIKE: Shanghai Baoye Centre by LYCS Architecture 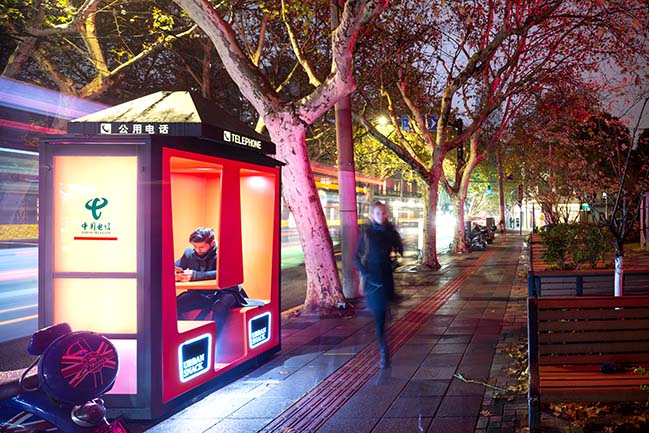 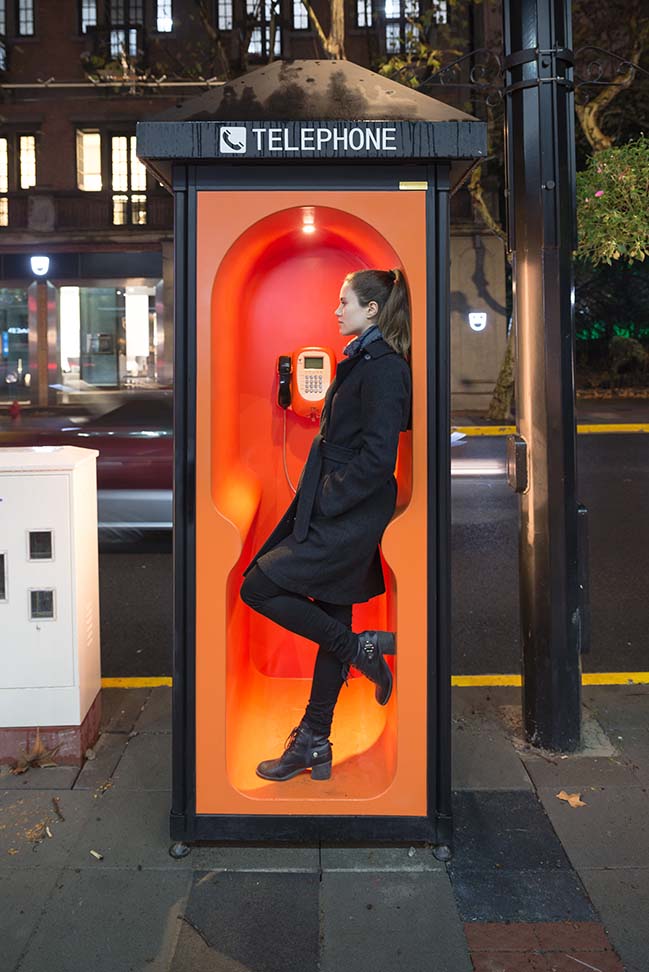 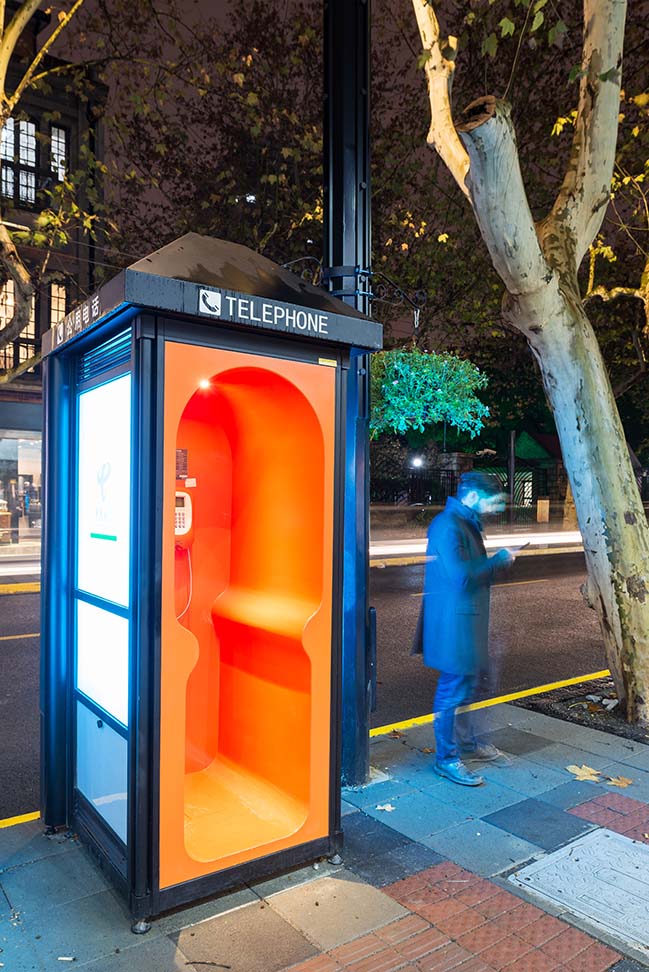 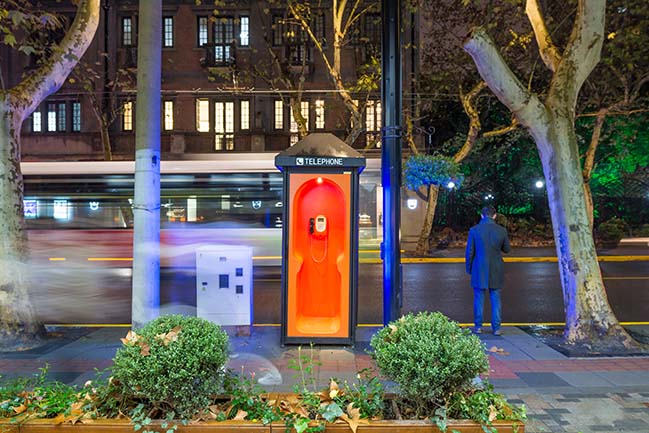 > YOU MAY ALSO LIKE: MVRDV’s Dawn Bridge offers seats to view a historic town near Shanghai 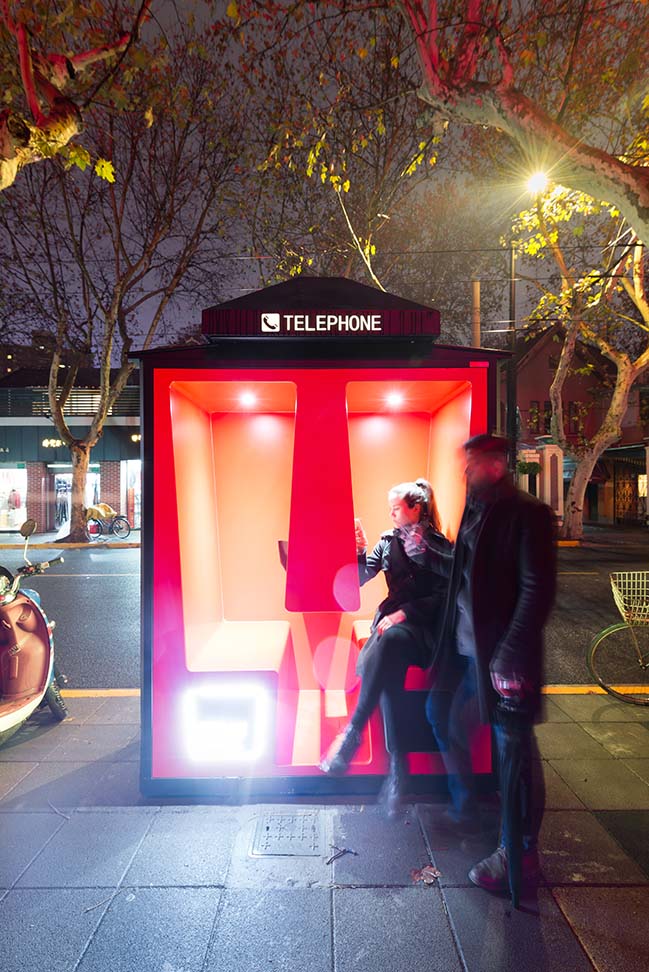 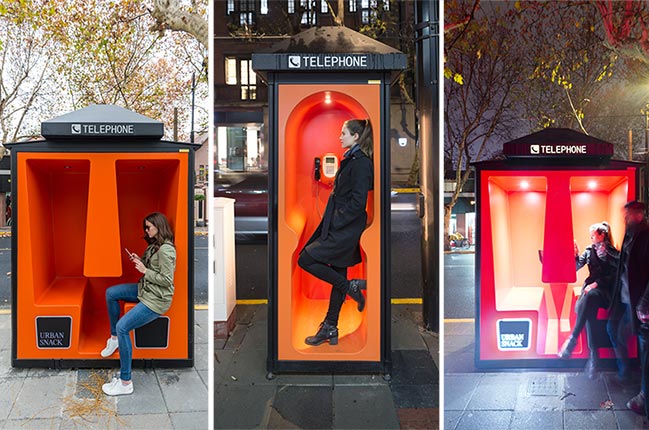