Trätoppen was designed by Anders Berensson Architects for a skyscraper to replace an old car park in the city center of Stockholm with the wooden numbers pattern on the facade that shows what floor you are on. 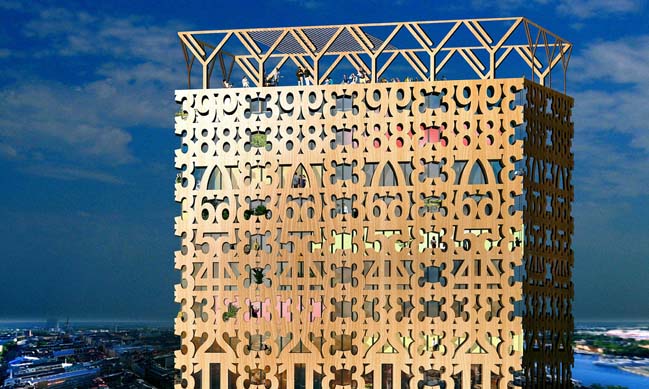 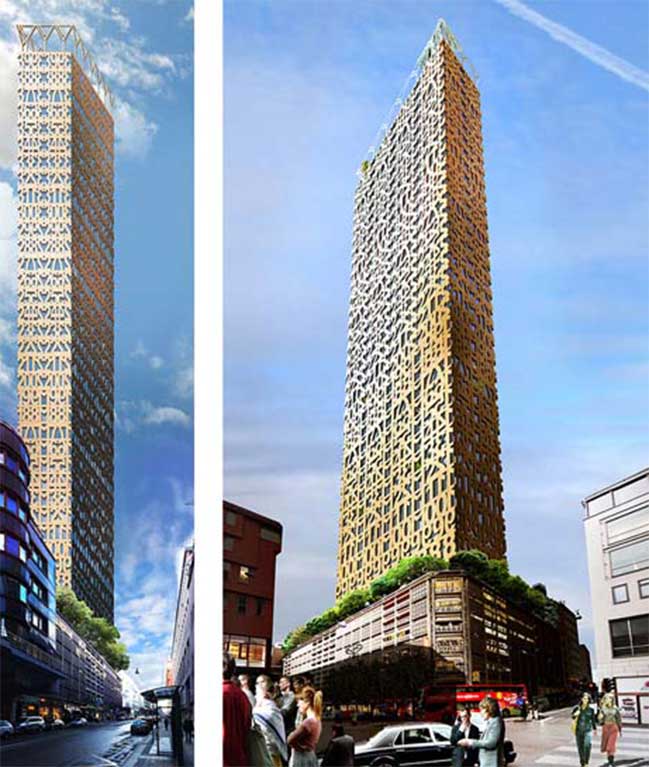 Project's description: If we want to reduce the amount of cars in the city center of Stockholm and at the same time make space for more housing without building on green areas, then replacing car parks with housing, shops and restaurants feels obvious. If the car park is as central located as the one on Regeringsgatan 47 it also make sense to build a high building that can fit a lot of people, shops and restaurants. 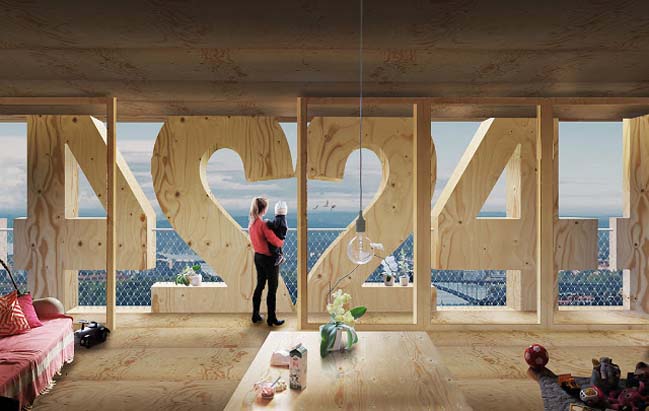 The existing car park, "Parkaden", is perhaps Sweden's most famous one designed by Hans Asplund. The most characteristic feature of the house is a pattern with numbers on the facade which shows what floor you are on. Another thing that distinguishes this car park is the early use of a system of sloped floors. Retaining the sloping floor is hard due to the buildings low ceiling height, however it is possible to maintain the facade if the new building don’t use the whole footprint of the existing car park. 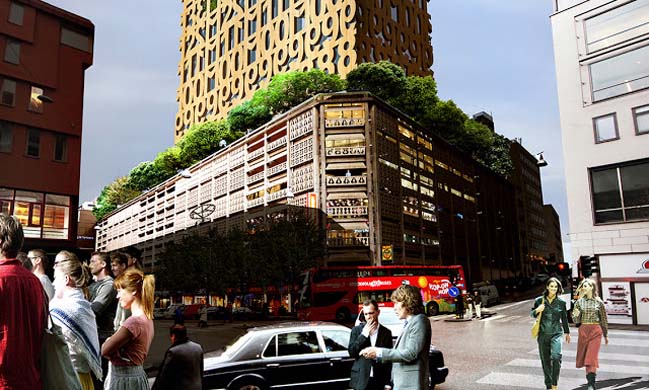 The skyscraper is retracted six meters from the existing car parks facade in order not to interfere too much with the expression of the car park . The Skyscraper is considerably smaller in foot print than the car park which enables space for a large public terrace on the seventh floor. The retraction also makes it possible to use the existing building at the lower floors after an extensive reconstruction. 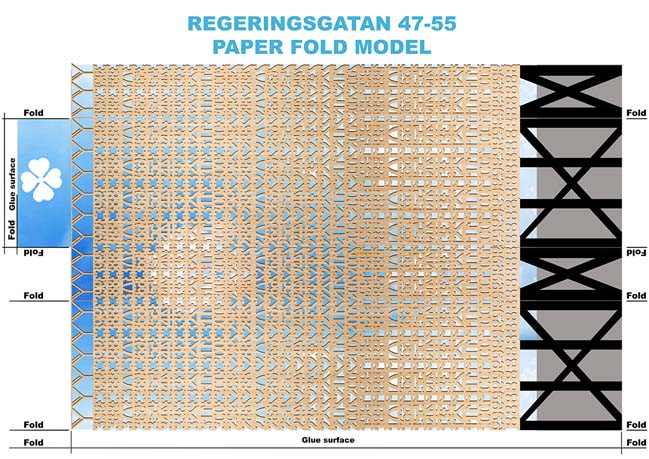 The new building will be 40 stories high and built out of cross laminated timber "CLT". In the 33 floors that protrude above the existing car park 31 floors will be residential and 2 floors will be public terraces. The seven floors inside the existing car park is best suited for shopping and restaurants due to the depth of the house. The CLT facade of the new skyscraper is a continuation of the pattern with numbers that Hans Asplund designed. From the outside, one can count the floors by reading the facade and from the inside you will be reminded what floor you are on just like in the parking garage. This is a useful feature given that the skyscraper will be the highest in the city center of Stockholm. The facade also has some practical benefits and acts like a sun screen, which keeps the building cool and energy efficient. 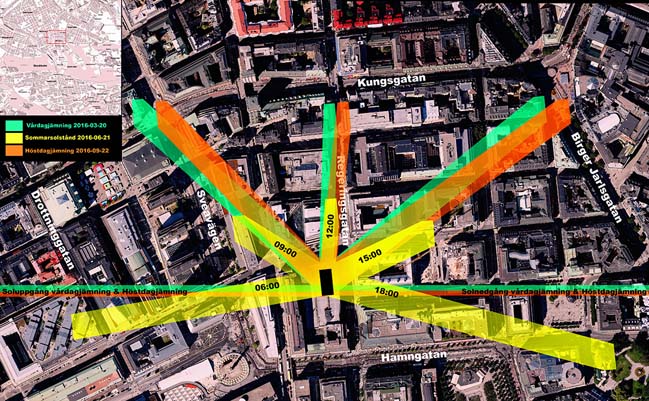 04 / 26 / 2016 Trätoppen was designed by Anders Berensson Architects for a skyscraper to replace an old car park in the city center of Stockholm with the wooden numbers pattern on the facade...