Bjarke Ingels Group (BIG) has revealed a new design for Redskins Stadium in Washington D.C. that turns the traditions of American football spectatorship inside out and creates use for the stadium all year round. 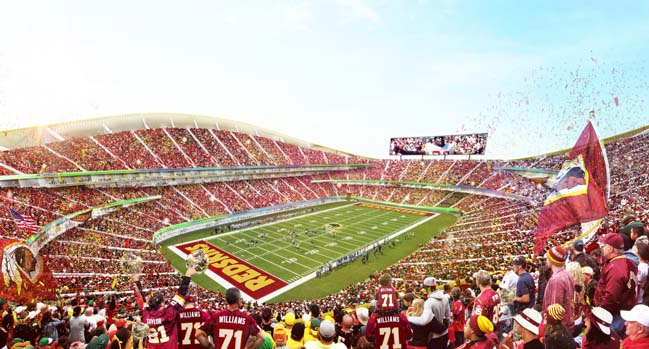 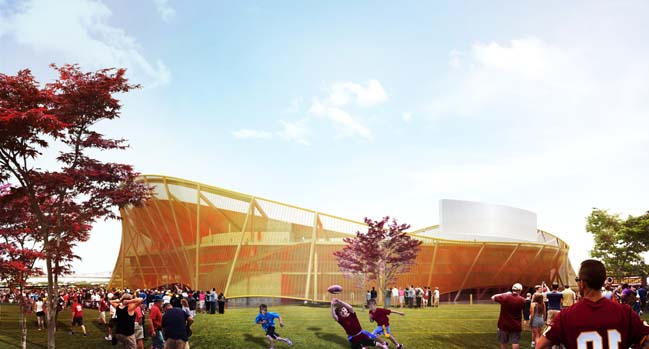 From the architects: In the off season, the stadium and its grounds become a public park and concert venue for the community. The project will also include over 50,000 sf. of exhibition space for a Redskins Museum as well as 100,000 sf. of office space, club rooms and training facilities as a apart of the 1.4 million sf plan. 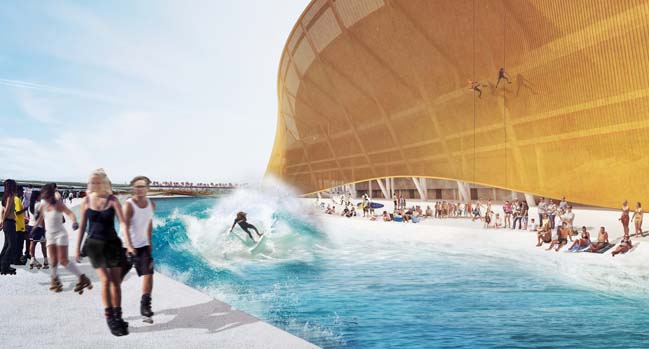 The stadium is designed to optimze game days, with a circular layout that is elevated to increase the capacity of bleachers at the 50 yard line. BIG's open arrangement forgoes the traditional, tiered design of most American Football stadiums to create one big bowl where all the fans can see each other and cheer on their respective teams in unison. Two 8,000 sf. scoreboard will accommodate display screens and game details, bringing crowds across the stadium together. 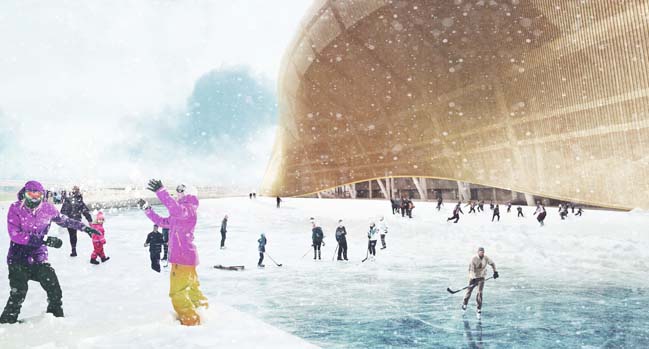 Outside, the stadium is wrapped in a golden metal mesh, which is pushed inwards and outward to create areas for entrances and concessions. Around it, a moat will ease access to the stadium through a series of bridges that eliminate the need for a standard fences or gates. In the warm months, when not in use, the moat will act as a wave pool and lazy river and during water, an ice rink. 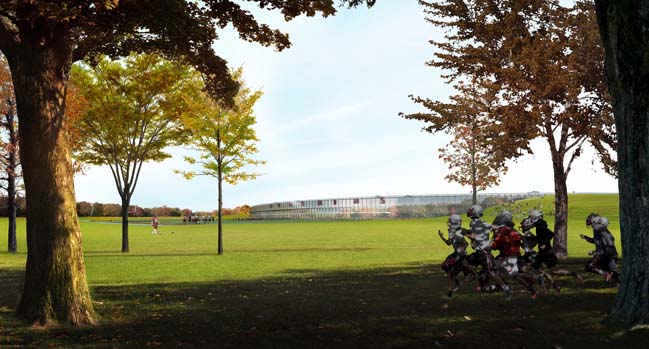 The parking amphitheater will be planted with reinforced grass, so cars can drive directly up to the stadium while keeping the surrounding field lush and green for use as a park. The raised terrain created by the stepped field will be supported by 5 levels of underground parking with space for 25,000 cars. It will also accommodate six areas for concessions and VIP tailgating. 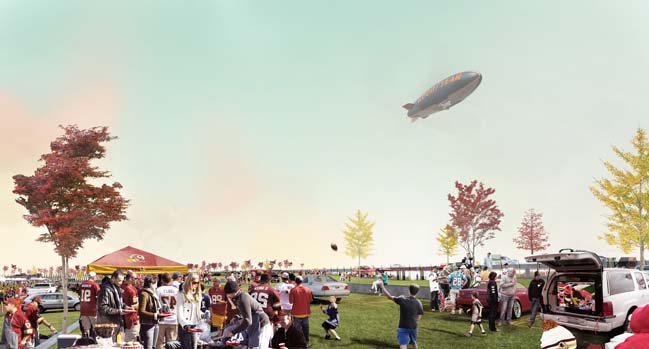 At its highest point, the surrounding park is pushed down to create the Redskins Museum and the HQ and to accommodate 4 full-sized training fields. By night, the green amphitheater is able to transform into a performance venue with space for 100,000 people. 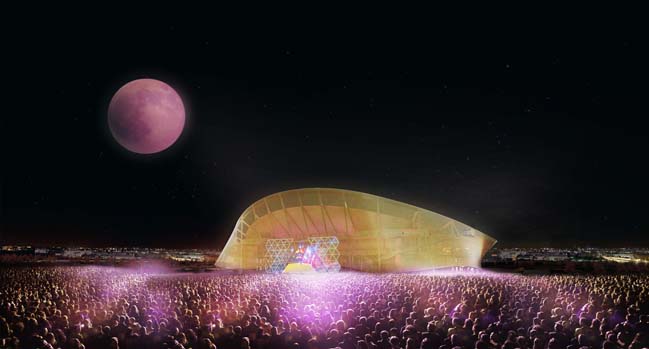 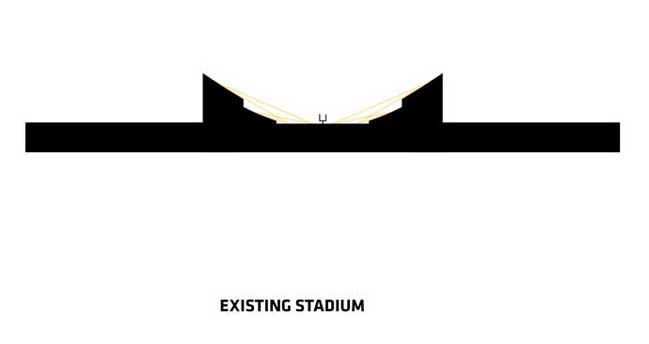 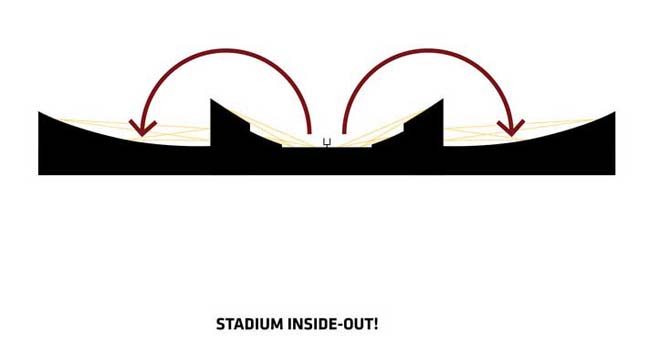 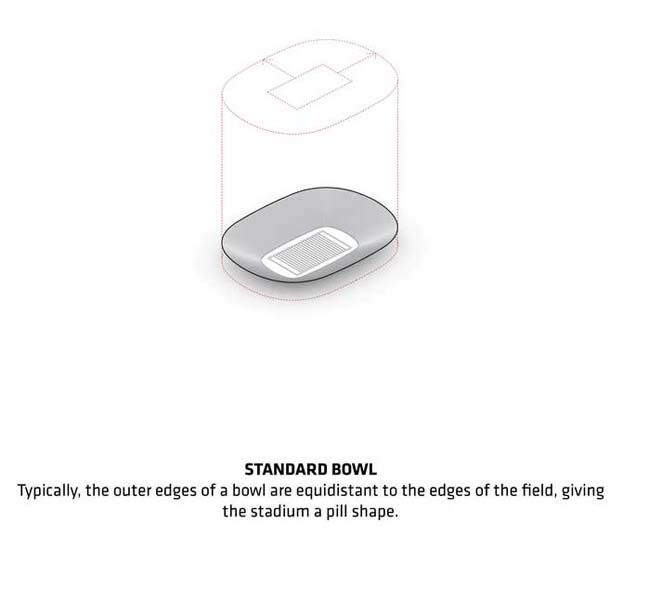 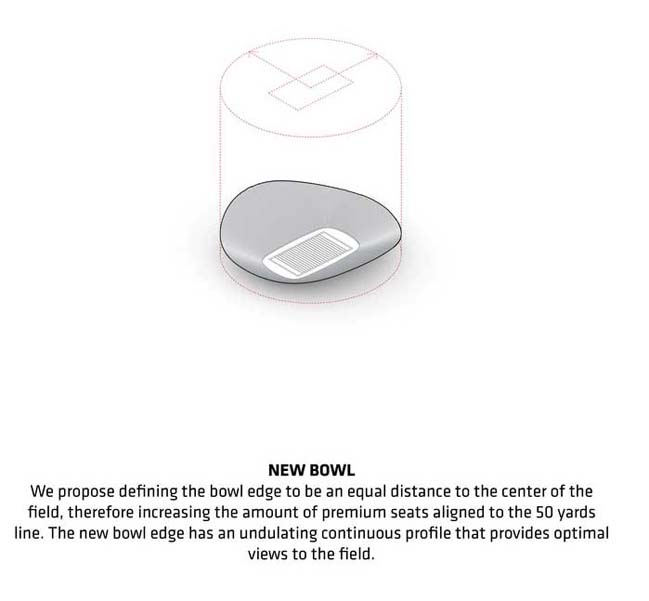 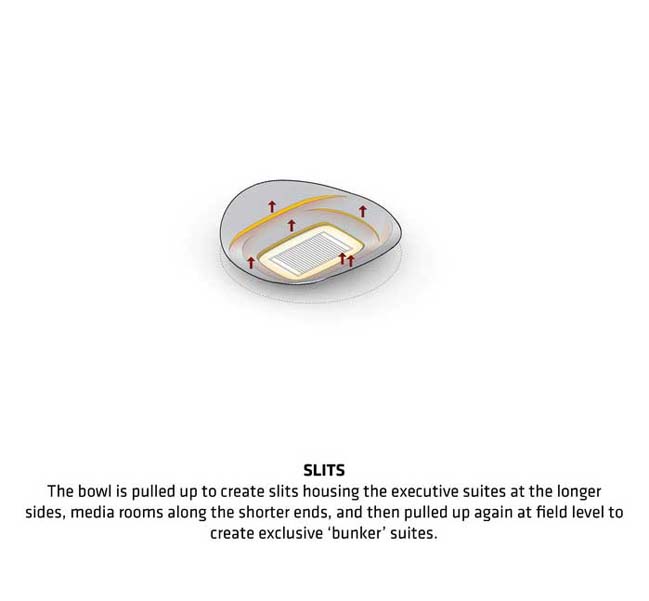 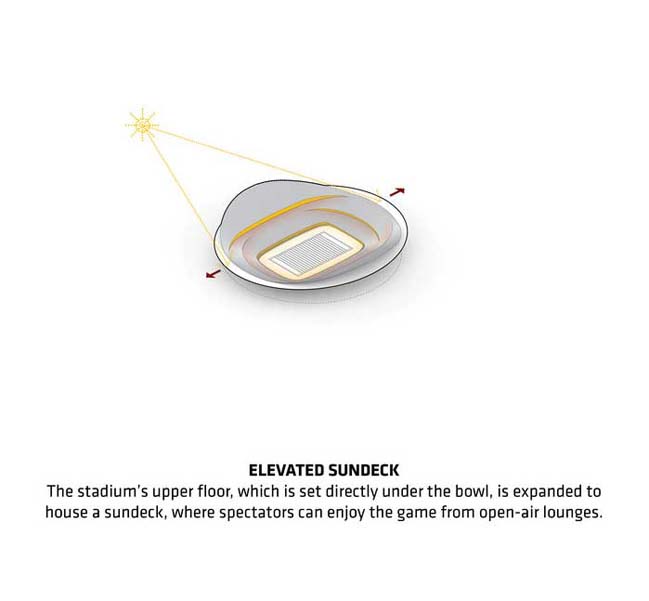 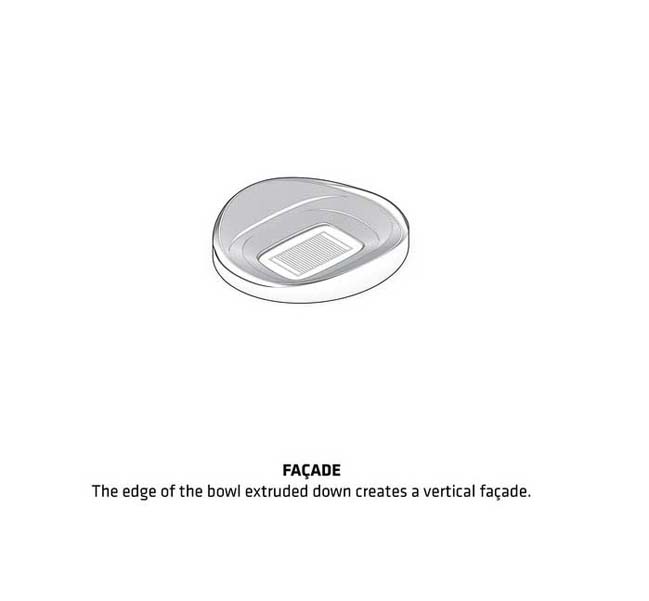 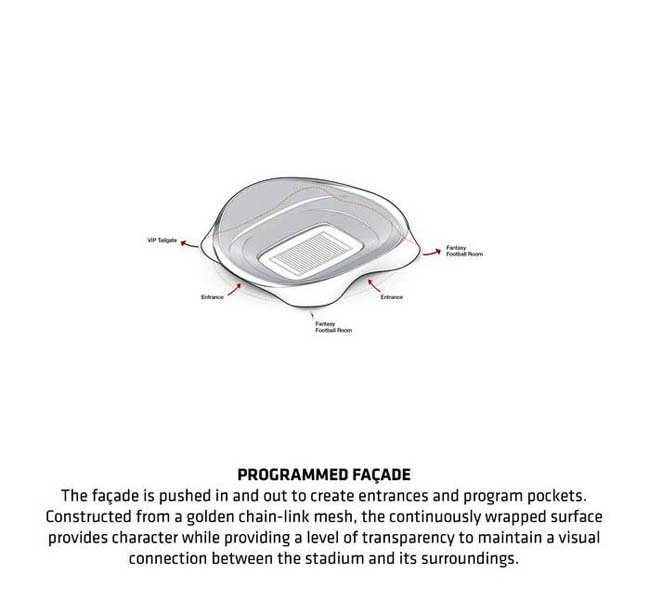 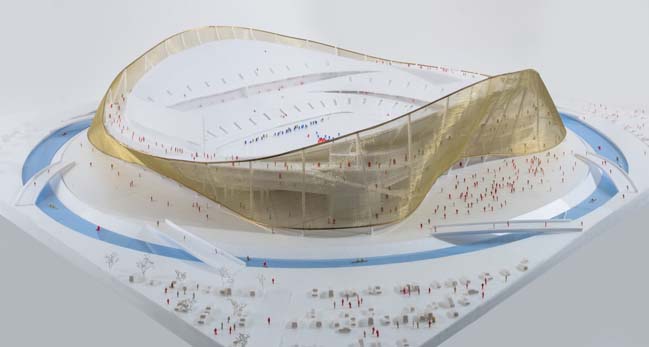 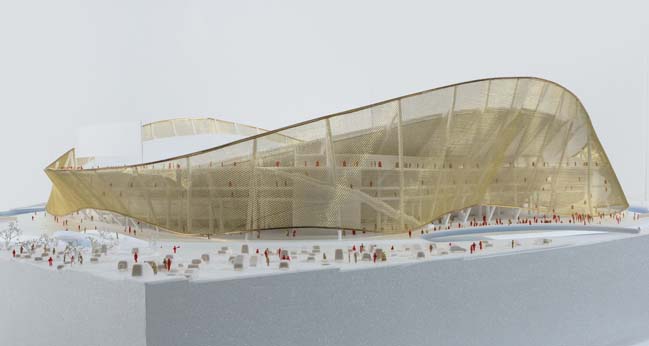 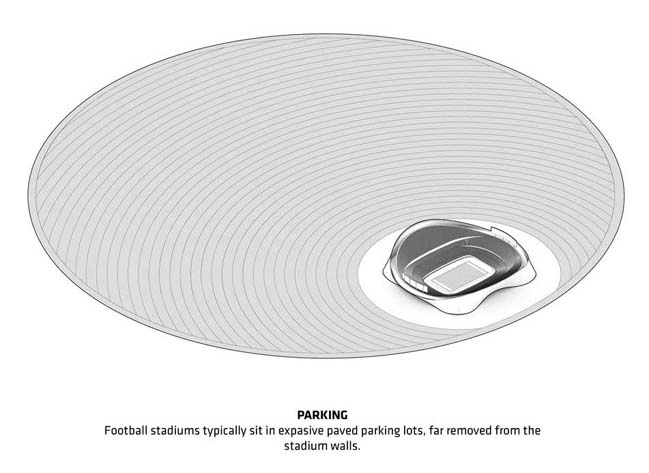 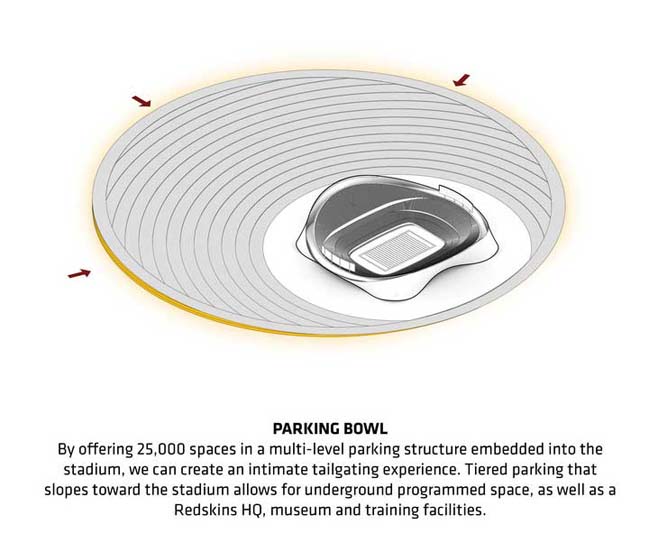 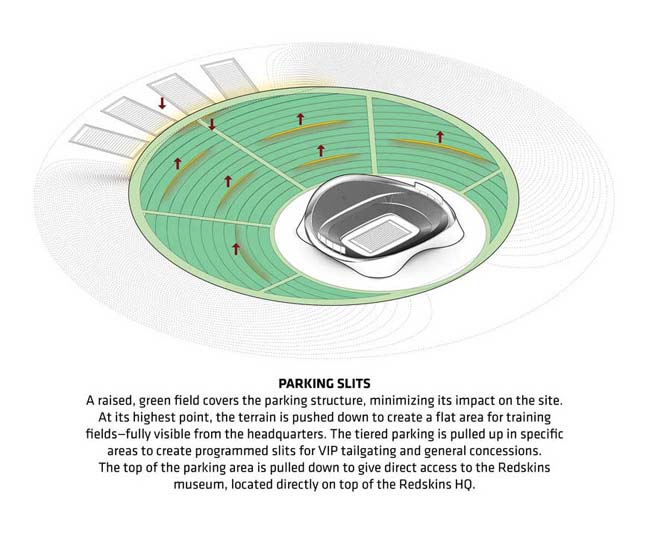 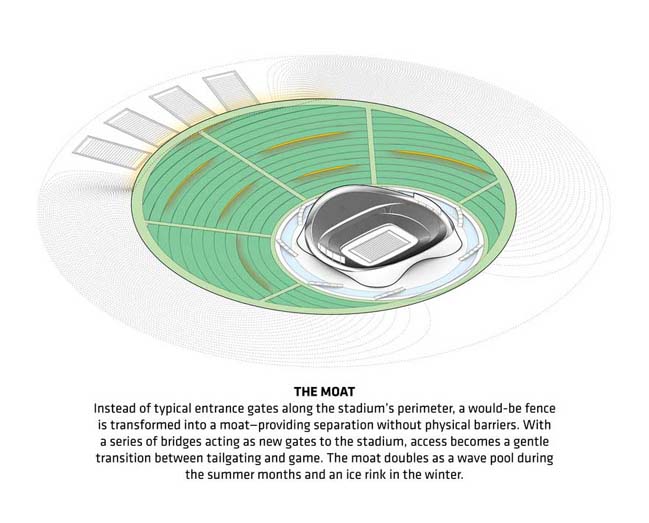 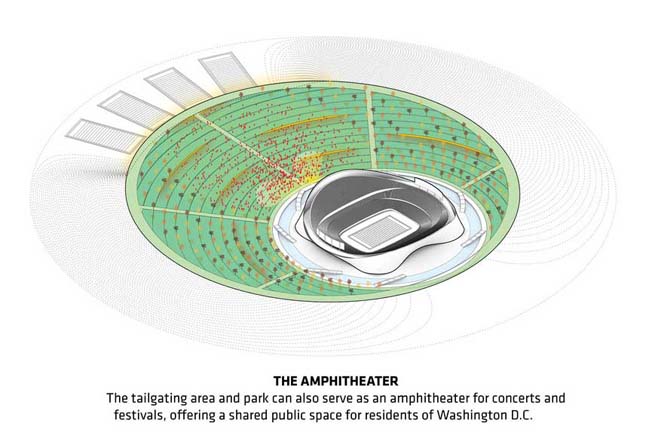 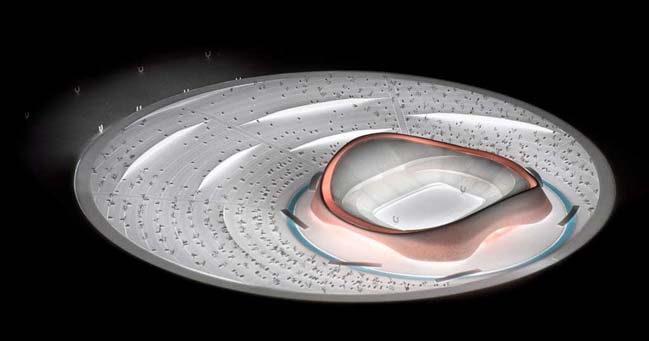 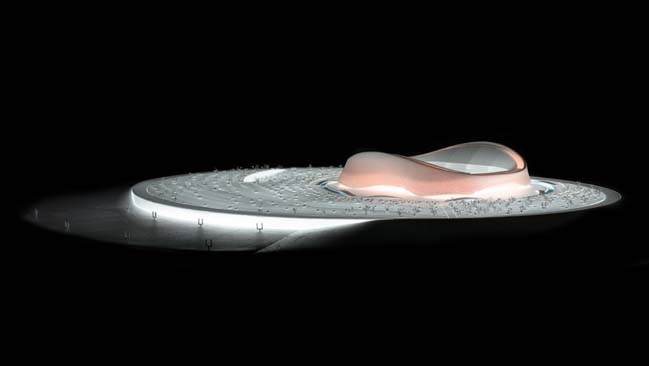 04 / 11 / 2016 Bjarke Ingels Group (BIG) has revealed a new design for Redskins Stadium in Washington D.C. that turns the traditions of American football spectatorship inside out...