The Supreme Court and School of Magistrates in Albania

This project is an architecture competition for the new Headquaters for the Supreme Court and School of Magistrates in Albania that catched over 30 international teams, and the first prize had been belong to the SADAR + VUGA and PRG*B R. 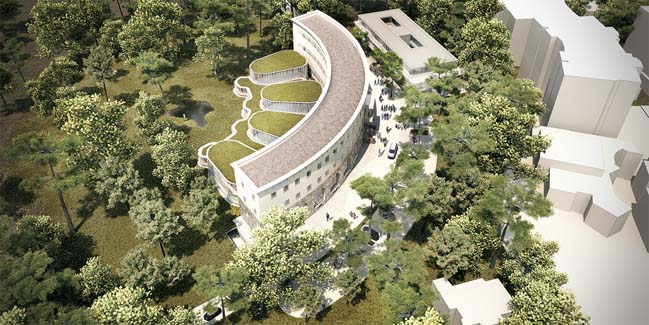 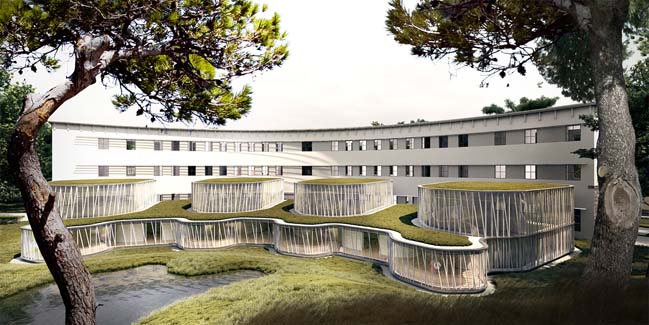 Project's description: Albania as a recent Candidate Country for the EU membership is undergoing crucial steps to transform its Judicial System to operate at the highest level of democratic standards. The proposal by Sadar+Vuga and PRG*B R converts an existing three thousand square meter historic building to be used for judicial offices and administration, a new addition of four pavilion-like courtrooms in the nature, and a three thousand educational block for the School of Magistrates. Together these three structures will become mechanisms of justice, efficiency, and transparency. 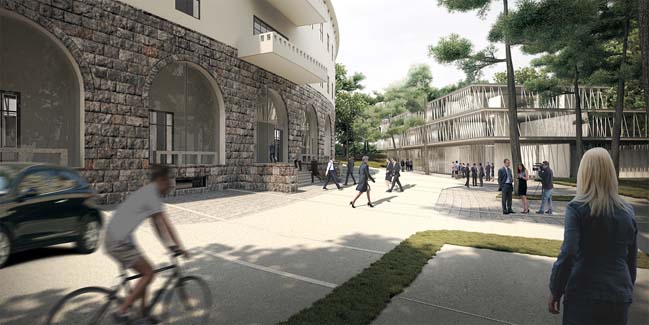 Located on the periphery Grand Park Tirana, the tranquility of the forest and the strength of the existing Italian Rationalist structure by Cesare Valle define the character of the site. This character is one of remoteness, an urban oasis of sorts. It is close enough to see the city, while being removed from the noise and commotion of every day urban life. 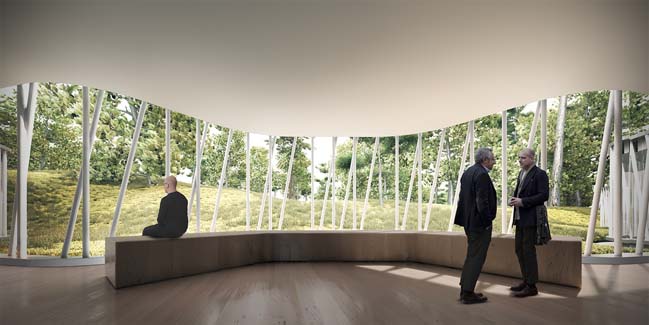 It is the role of the architecture to enhance the best qualities of the natural setting and introduce the liveliness of the city to the site. Therefore an urban strategy was developed that would create an animated urban square, an efficient and independent educational facility, well organized administration spaces for judges and their staff, and four secure but transparent courtrooms with a view into the nature. The project places the architectural objects in a campus-like relationship to one another, using density to preserve and enhance the qualities of the natural setting. It gives one the feeling of entering nature, stepping back to seek the truth. 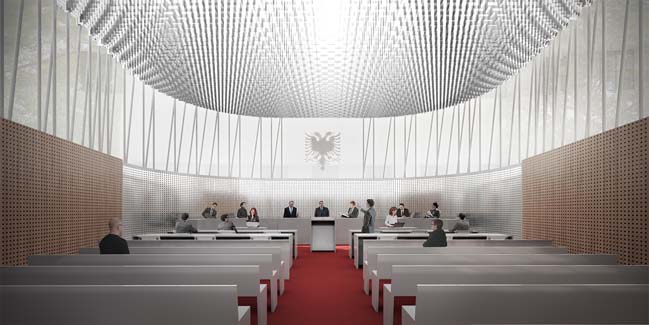 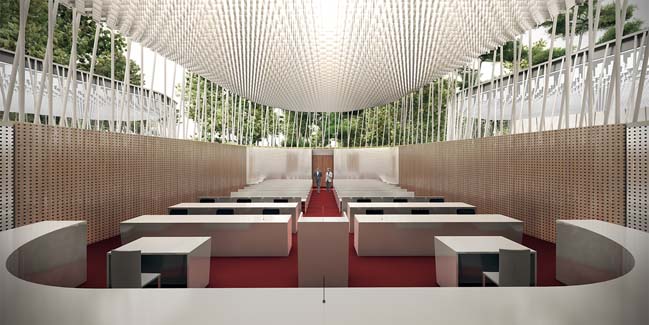 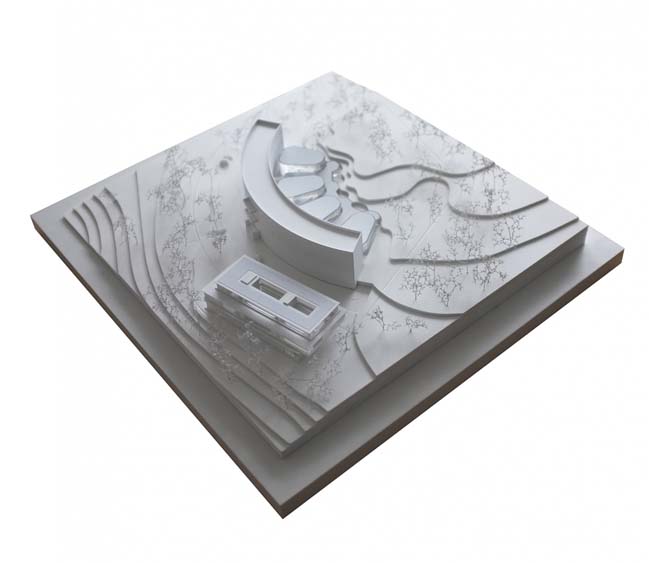 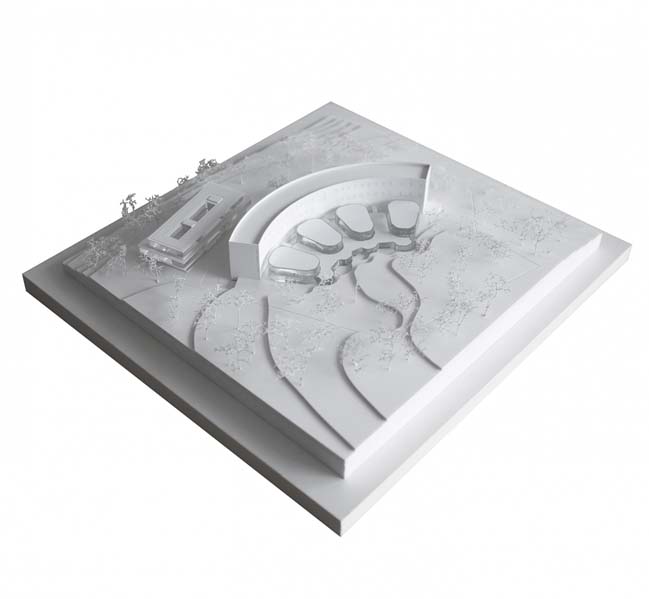 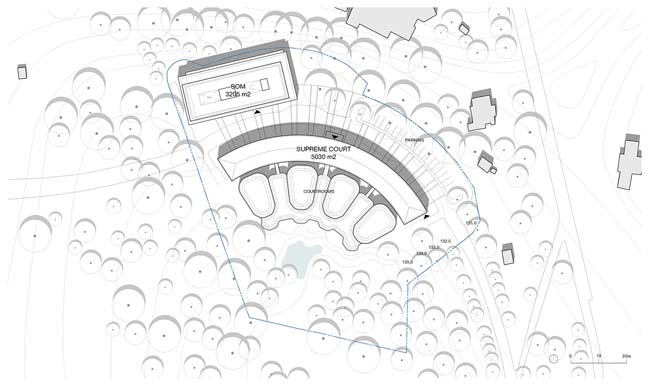 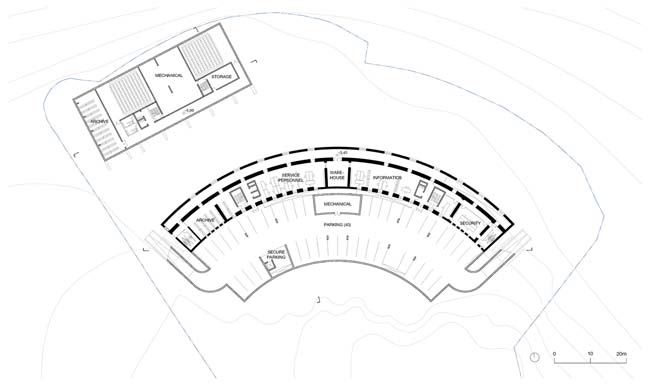 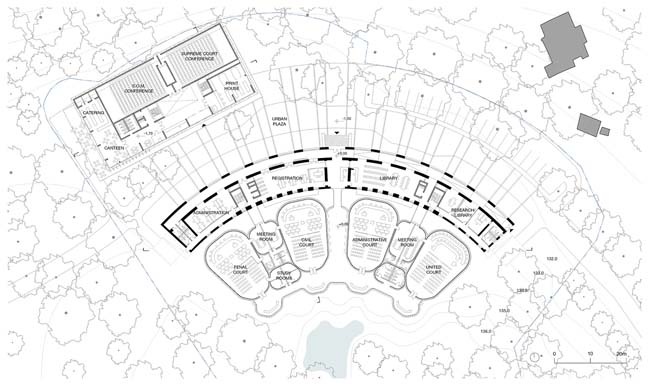 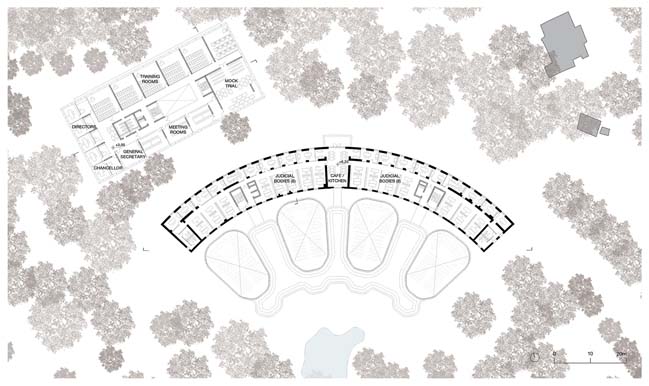 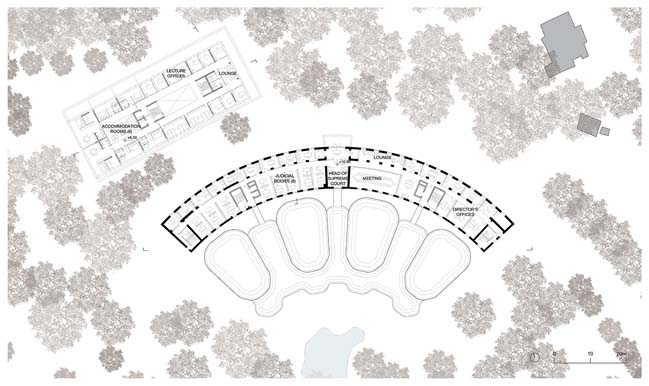 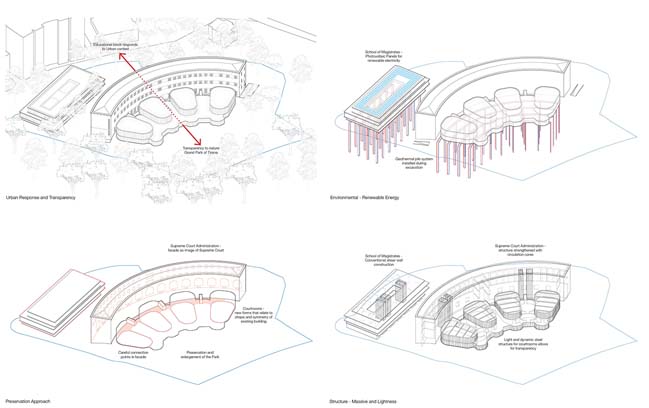 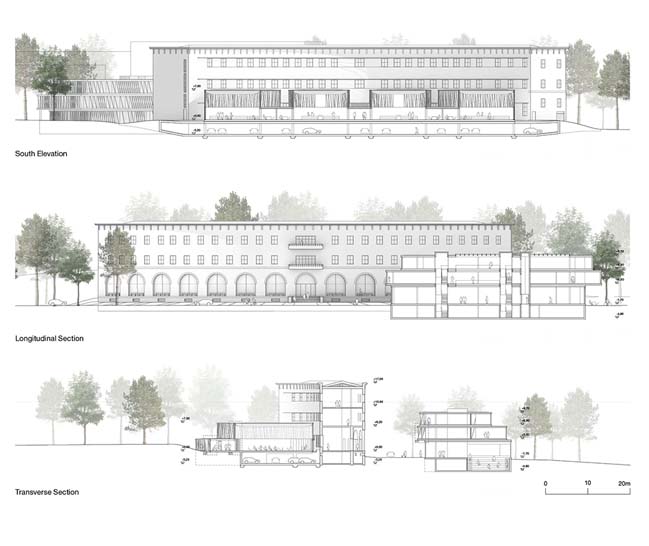 The Supreme Court and School of Magistrates in Albania

04 / 02 / 2016 This project is an architecture competition for the new Headquaters for the Supreme Court and School of Magistrates in Albania that catched over 30 international teams...