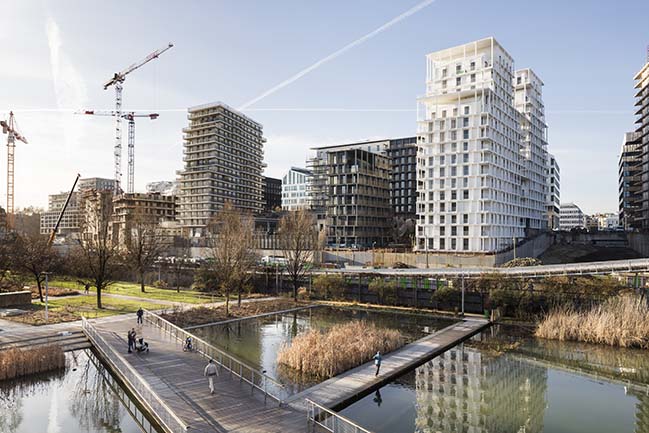 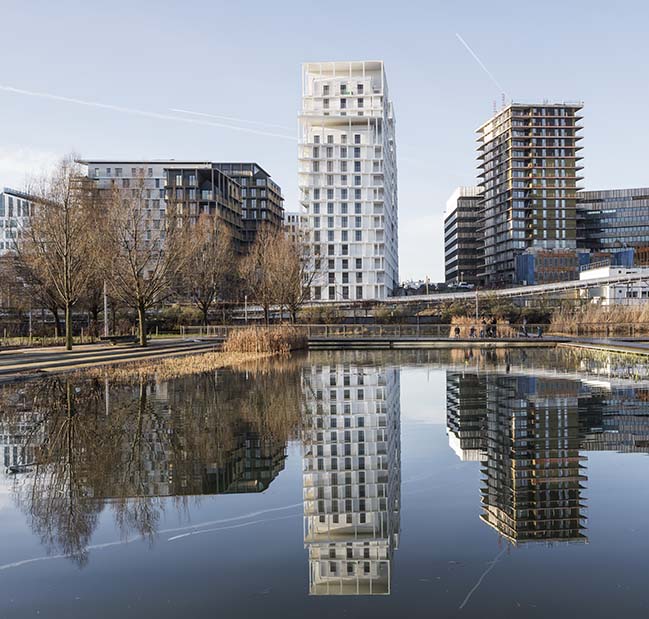 From the architect: On parcel 04b, between the new street and the new Martin Luther King urban park, the project stands out with two distinct constructions, alternating full and empty places and offering in its center a privatized garden as a continuation of the park. "Such a design allows the building to release remarkable views of the city. This choice made it possible to build upwards and on a larger scale, in order to feel like living in the sky." 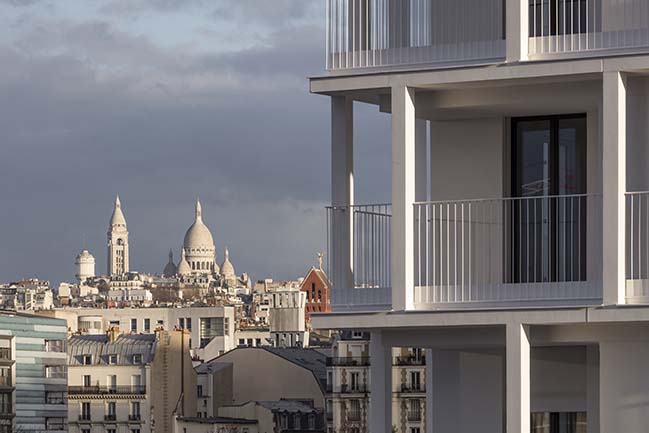 A monumental rift divides this large building, multiplies perspectives on the urban landscape and creates new ways of high-rise living. Vincent Parreira: "By a subtle game of elements replaced along the public space, the construction emerges according to the views, like a city made of bodies and transparencies. A piece of territory is fixed from the ground to the sky." 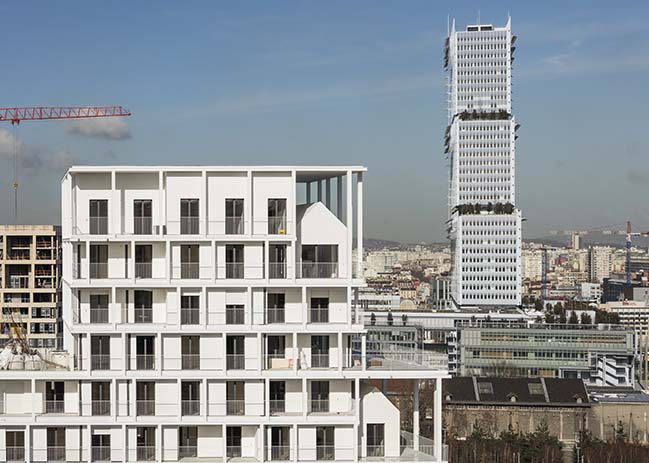 The building, rises up to 50 meters and is located on the north-west side, along the park entrance, while the lower buildings are built up against the lot 04a, alongside the neighboring base, creating a suburban scale facing the park. 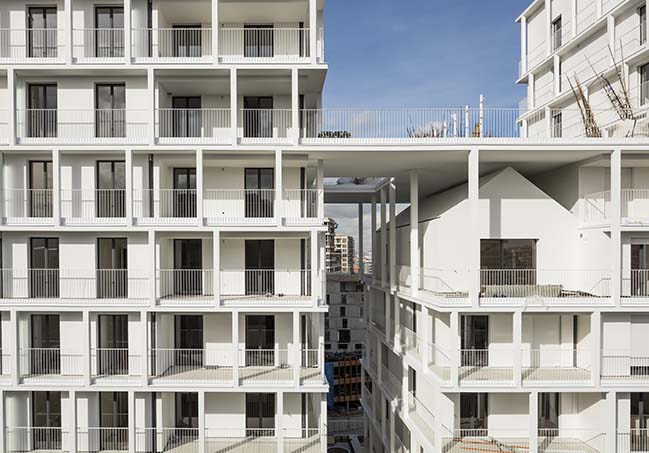 The landscaped garden becomes a negative piece to the buildings and a transition landscape between the park and the street. It participated to the distinction of the buildings, which project an image of lightness and fragility. 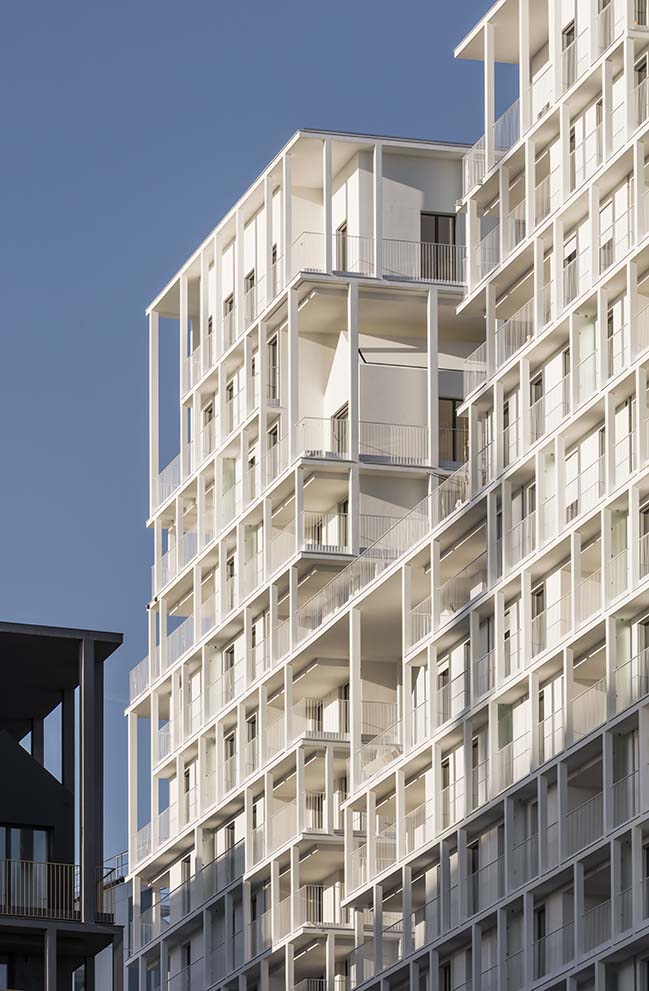 "First and foremost, this garden is an empty place. The project is made to emphasize this emptiness. We chose to add a chromatic difference between these two constructions, in order to characterize the emptiness, which should not only be read as a link between two volumes perpendicular to the park. We underline the distinction with their scale and their urban position. The building is two-tone. One part is white, monochrome, drawing the building form limits. Its imposing mass helps distinguish the first building from the second, which is black with golden highlights, it preserves the same constructive principles but establishes another relation with the central garden, based on erasure, like an absence. This disparity dialogues and enriches itself with the surrounding vegetation." (Vincent Parreira) 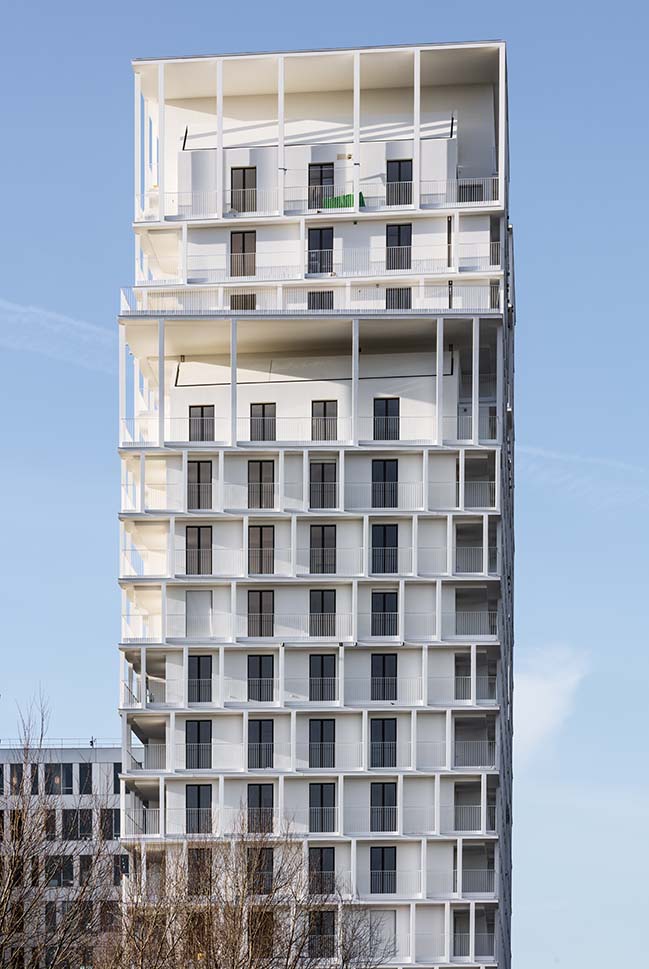 Great care is put into the apartments quality standards thanks to large outdoor spaces: narrow continuous balconies Haussmann-inspired extend towards large terraces. On these, well-known forms restore the scale of domesticity to these large buildings. Vincent Parreira: "The mention of archetype, here the archetype of the house, makes the design of the building more beautiful. This construction reinvests the Parisian tradition with great sensitivity." 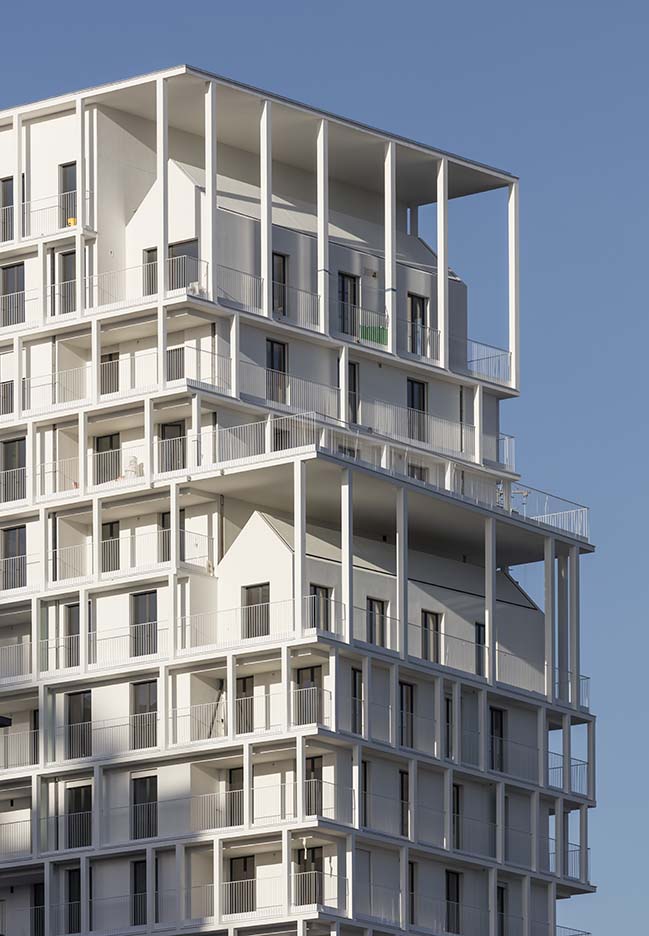 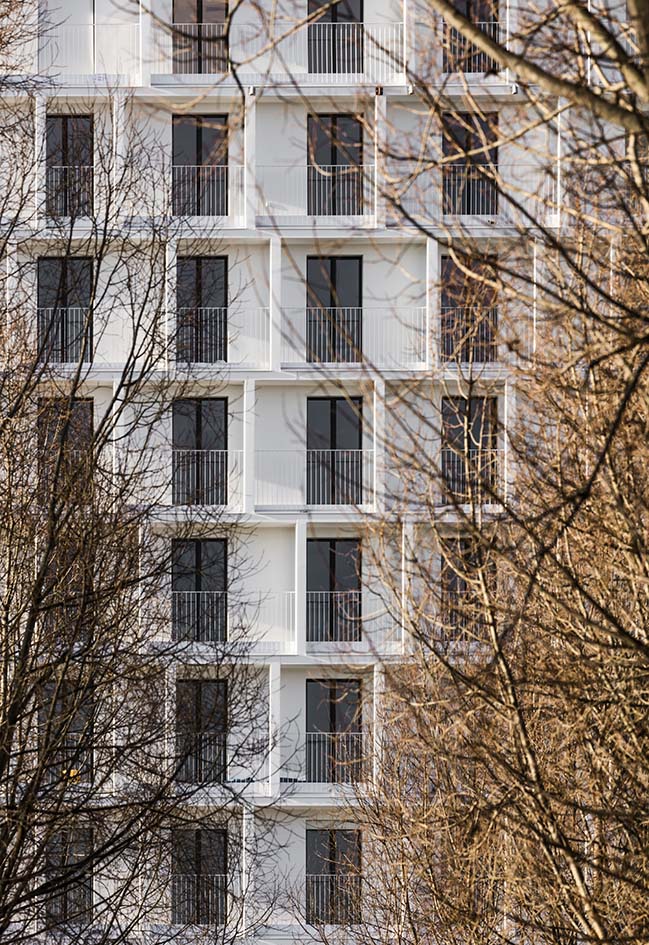 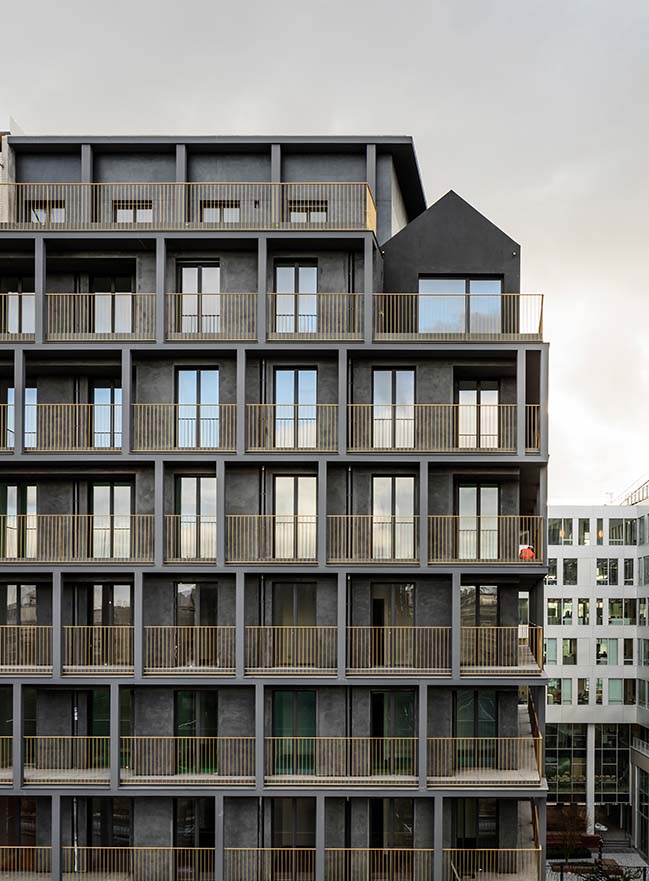 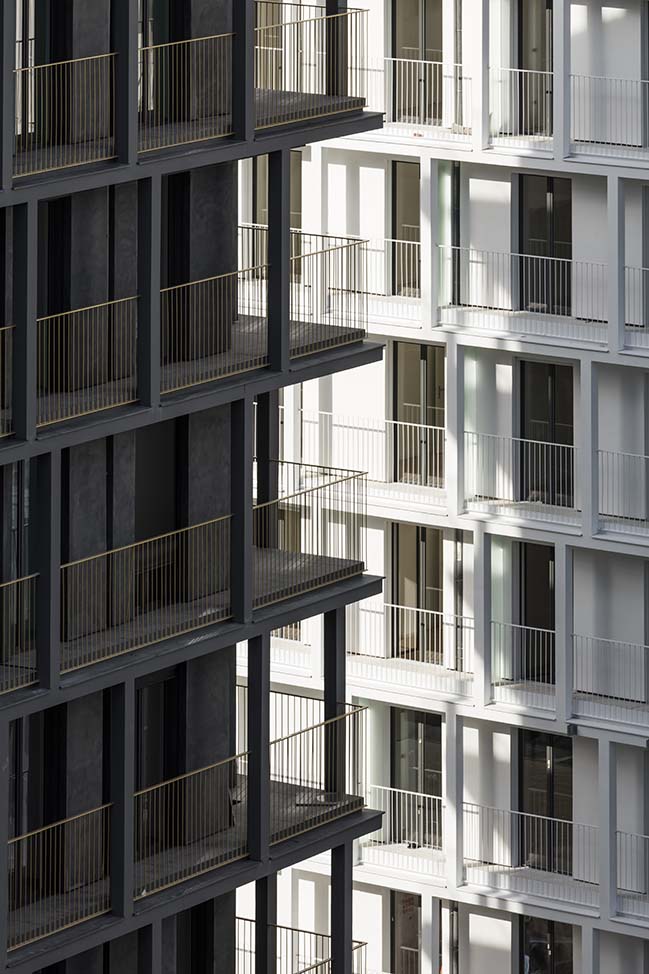 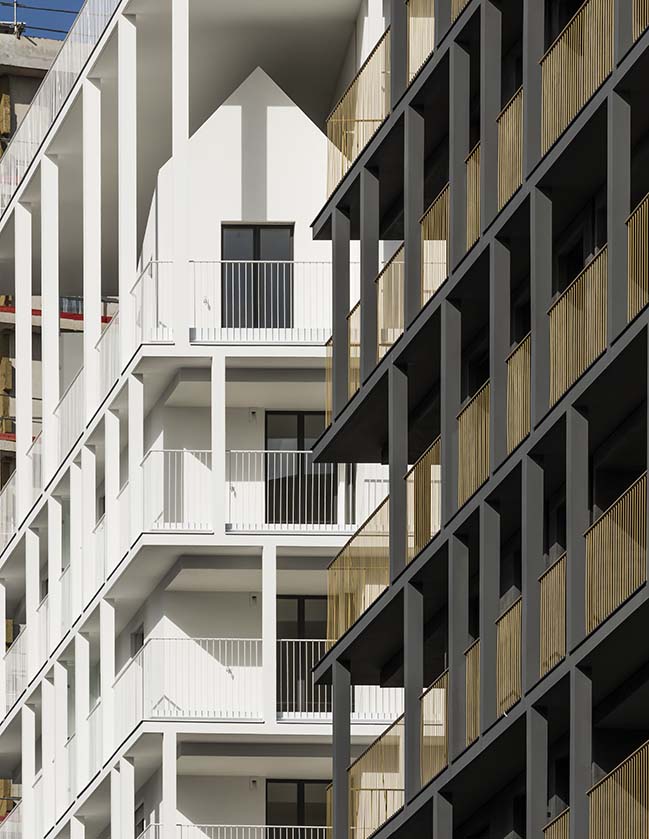 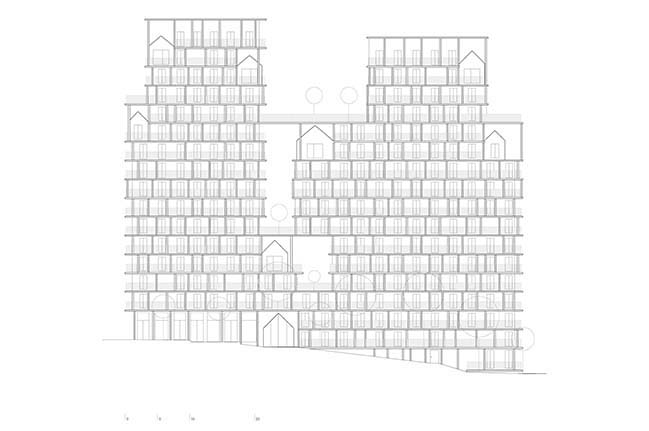 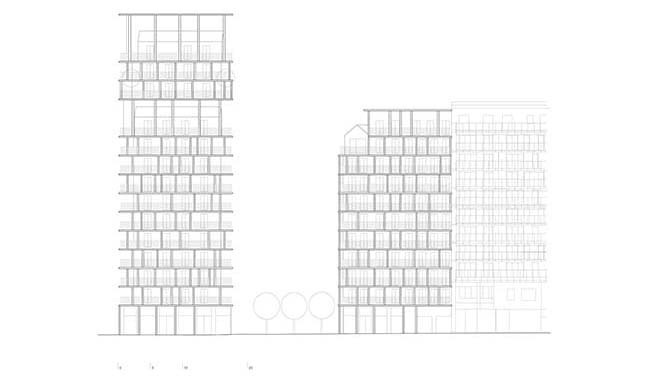 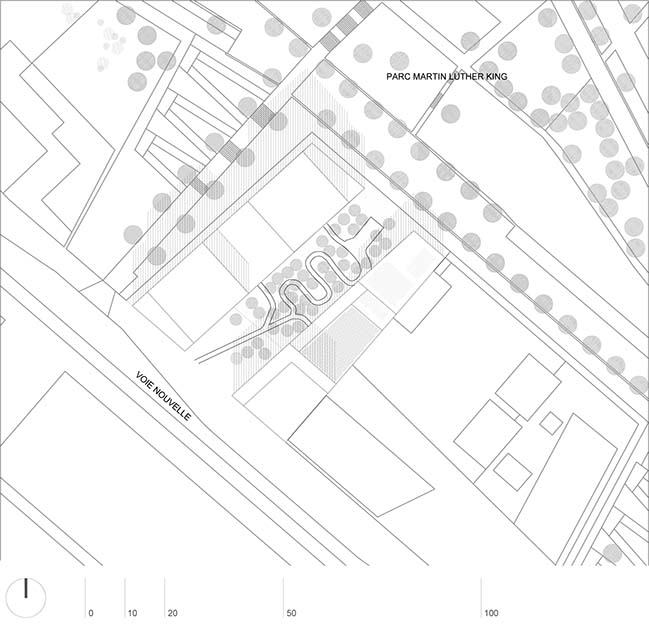 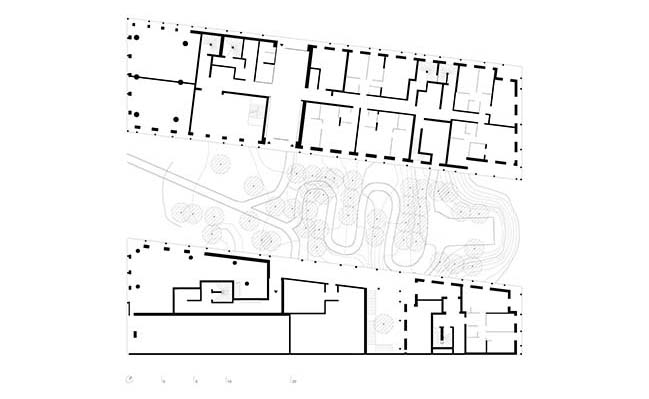 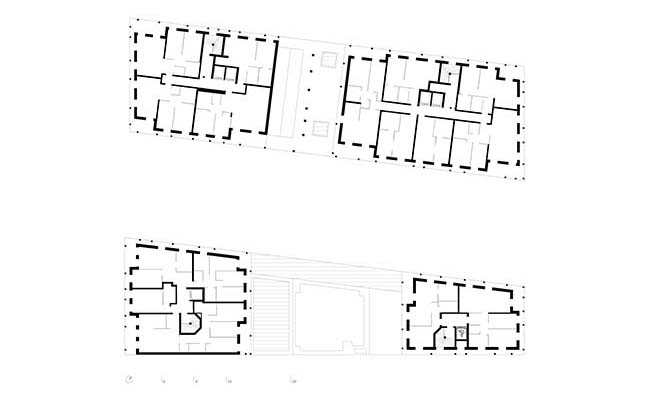