Monoloko Design, a Russian design firm espousing the latest in stylistic trends and leading edge technology, is proud to announce completion of the Galaxy Bar and Bottle Shop redesign. 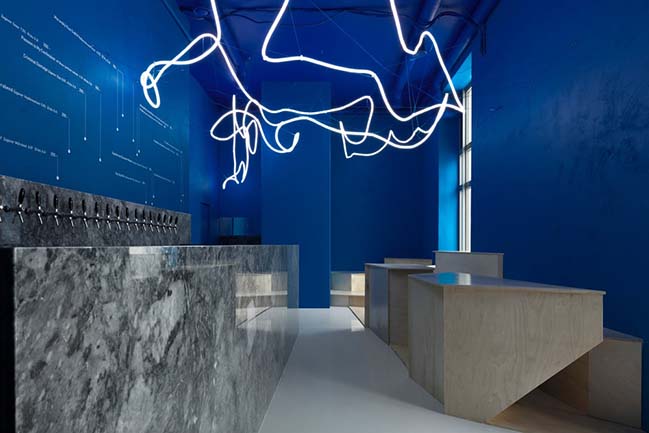 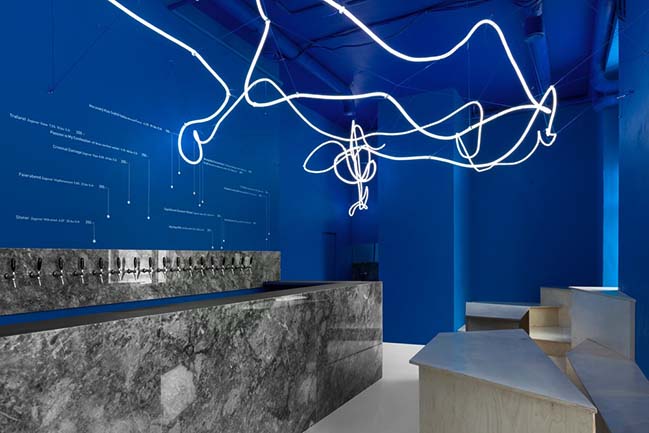 From the architect: Set in a neoclassic Moscow building, the craft beer brewery’s new azure monochrome interior and geometric forms embody the philosophical elements of “Russian Cosmism” and “Suprematism”, resulting in an atmosphere that fosters a sense of freedom and imagination. 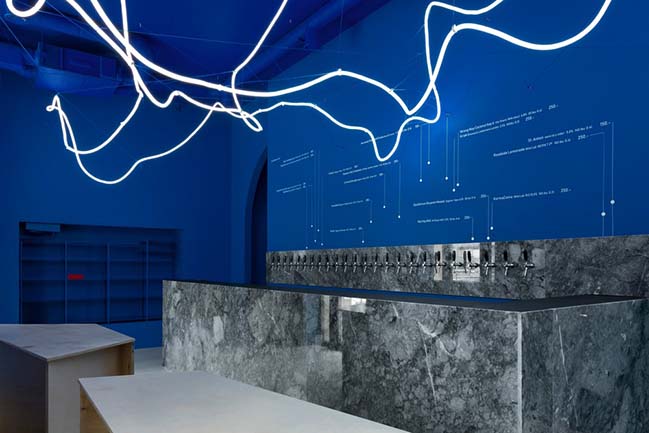 “The idea was to create a pure, bright monochrome space that facilitates a release of the mind and the expansion of human perceptions, as if walking onto a non-objective art canvas,” explains X. “Color has great influence over human perception and has an extraordinary ability to influence moods and emotions.” 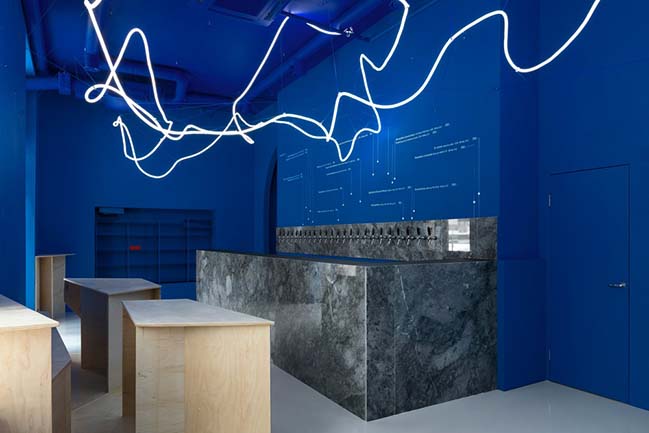 Redefining imagination - The philosophy of superiority of color over human perception was the driving force behind the creation of a space designed to free the minds of its patrons, and where perceptual sets can intervene to influence people’s perceptions and the way that they interact with their surrounding environment. The brightness and clarity of the bar’s monochrome interior is other-worldly, conjuring perceptions of a clear and open space, devoid of color influences typically attributable to the power of man and nature. 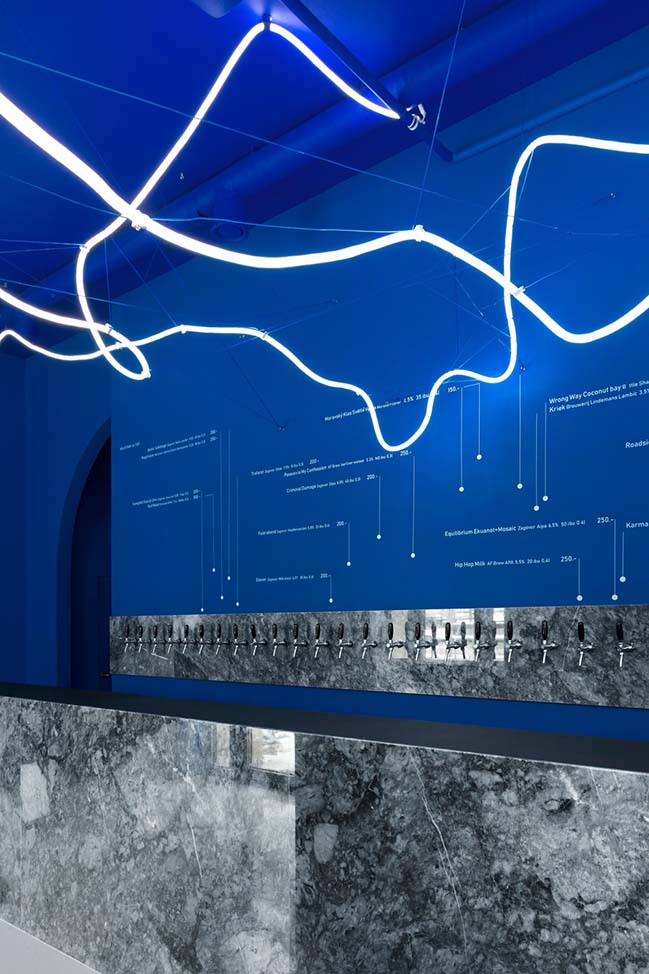 Reflecting the ideology of Kazimir Malevich, Monoloko then combined the space’s monochrome color scheme with the fundamental principles of Suprematism, an abstract art movement dedicated to pure artistic feeling and basic geometric forms. The idea was to create an imaginative open space where light sources and color will alter visual perceptions of the bar’s three-dimensional geometric furnishings, defined as Suprematist in composition and mono-material in implementation. 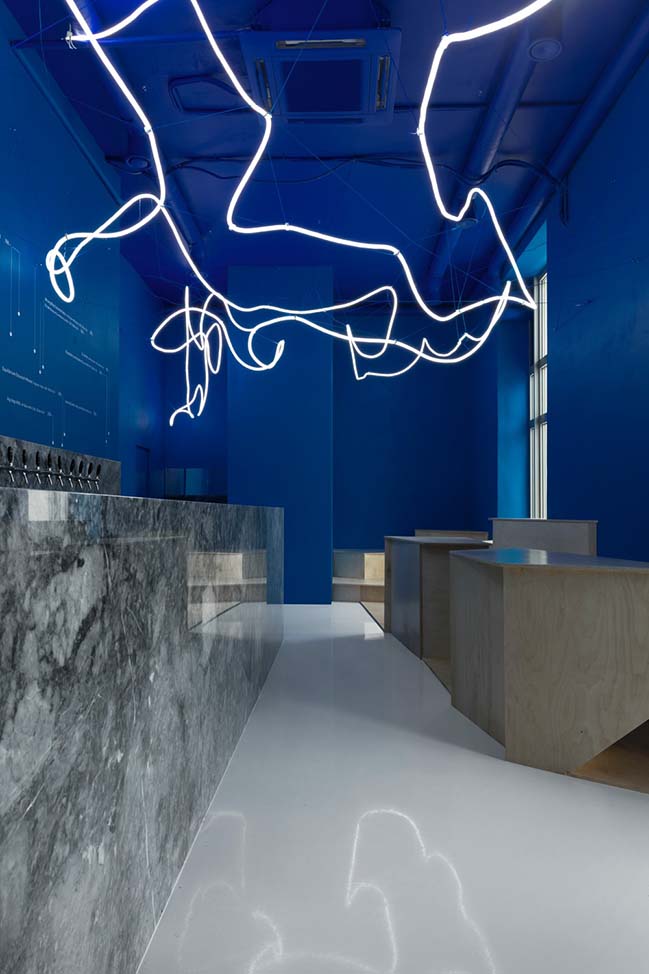 A celestial sphere - Layered over the space’s bright blue hue, Monoloko endeavored to create a heavenly atmosphere resembling a limitless universe through the creation of a spatial light installation, consisting of flexible neon light enveloped in a polyurethane shell. The resulting effect is the perception of a non-objective free space, where patrons can take a step back from their traditional views of time and substance. 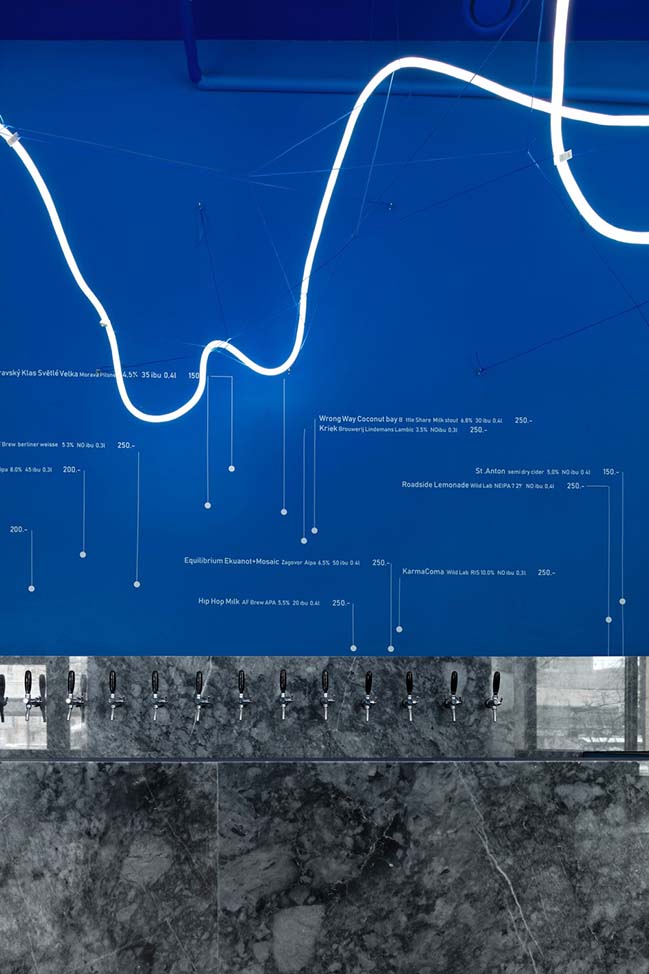 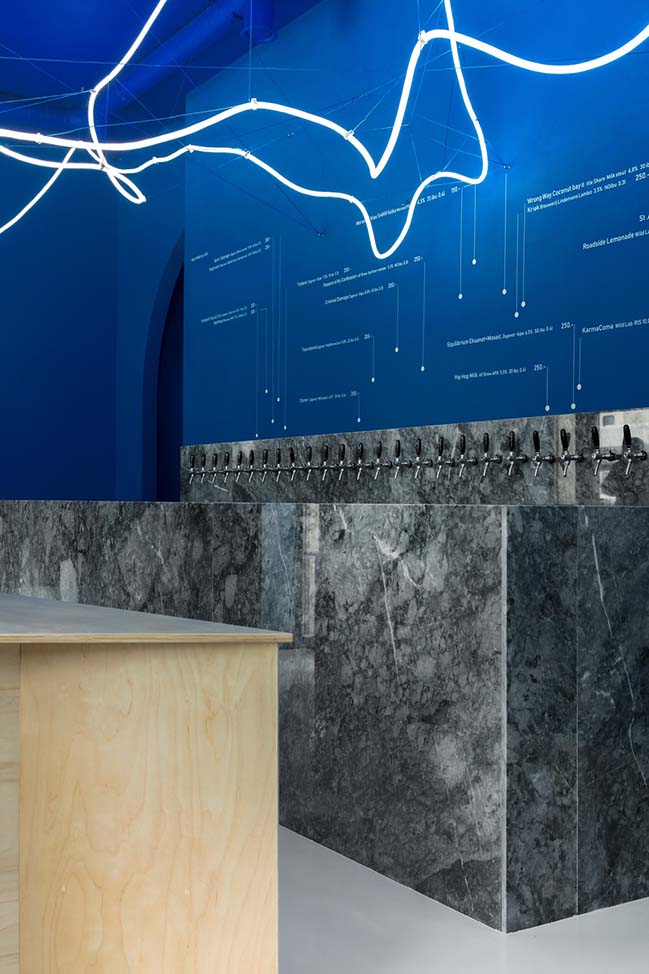 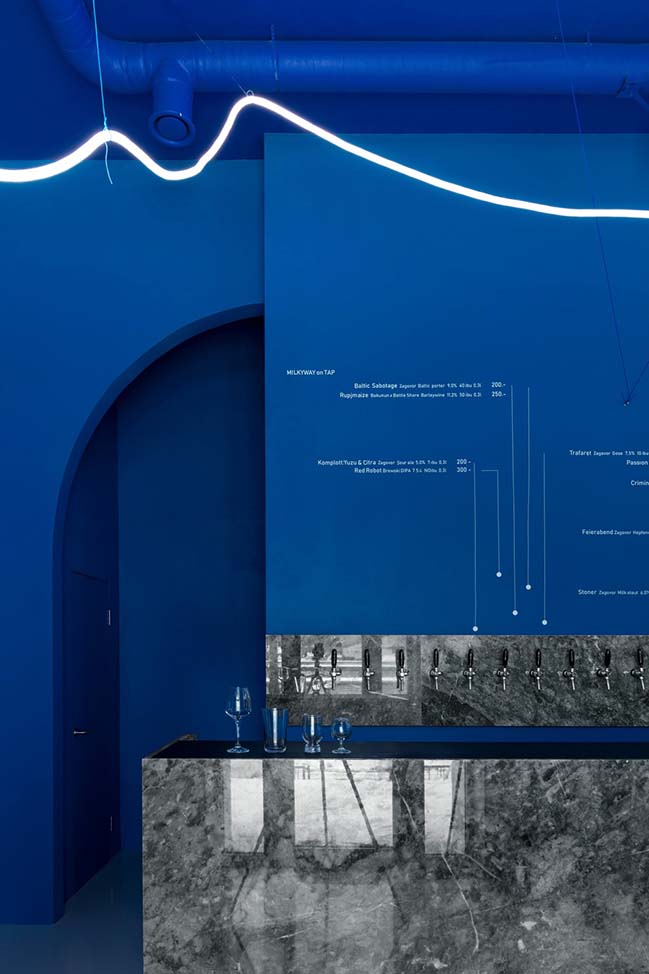 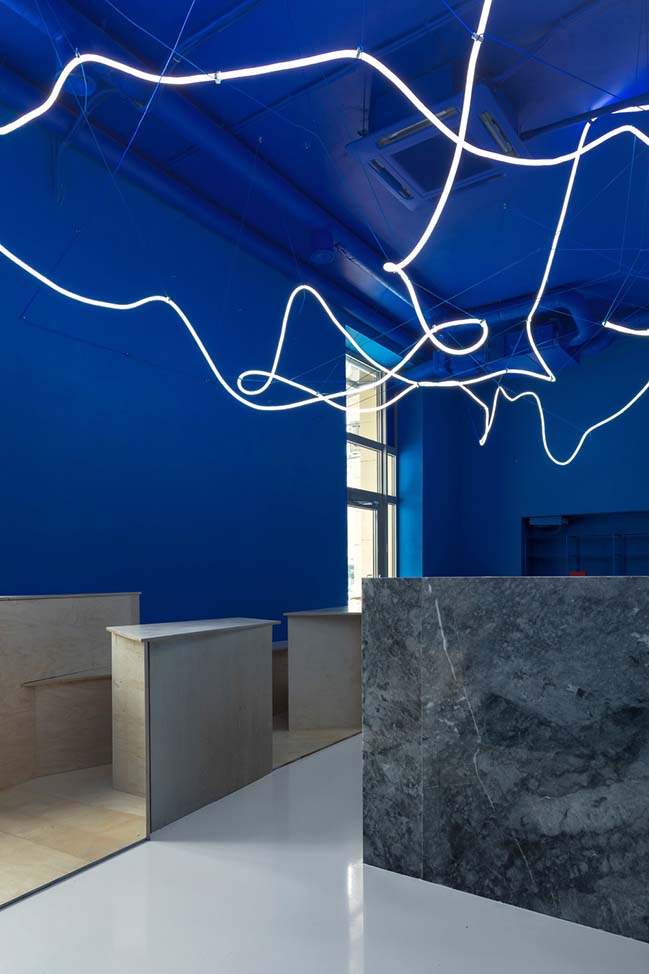 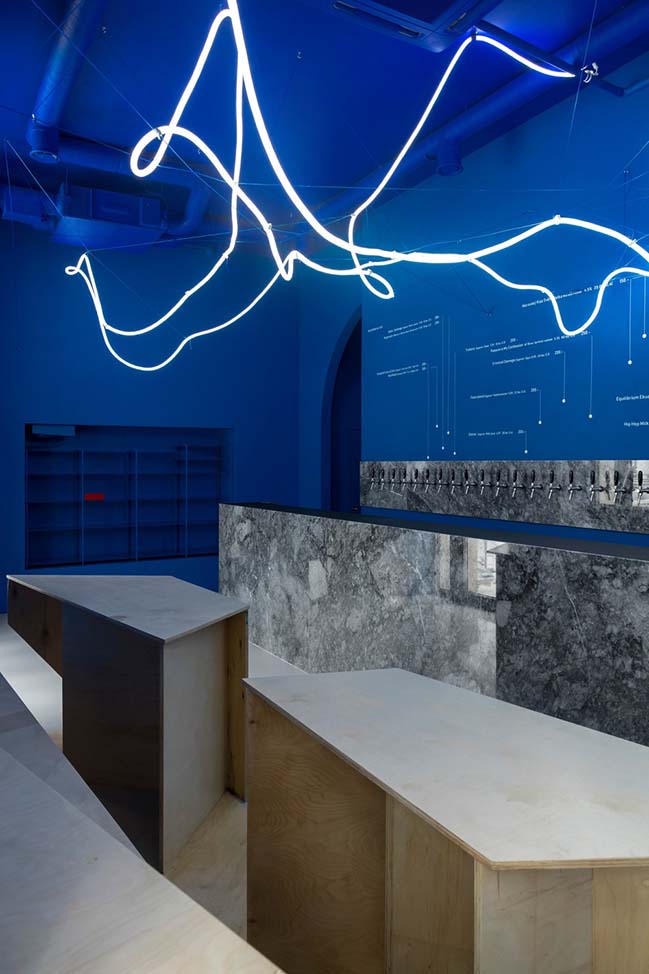 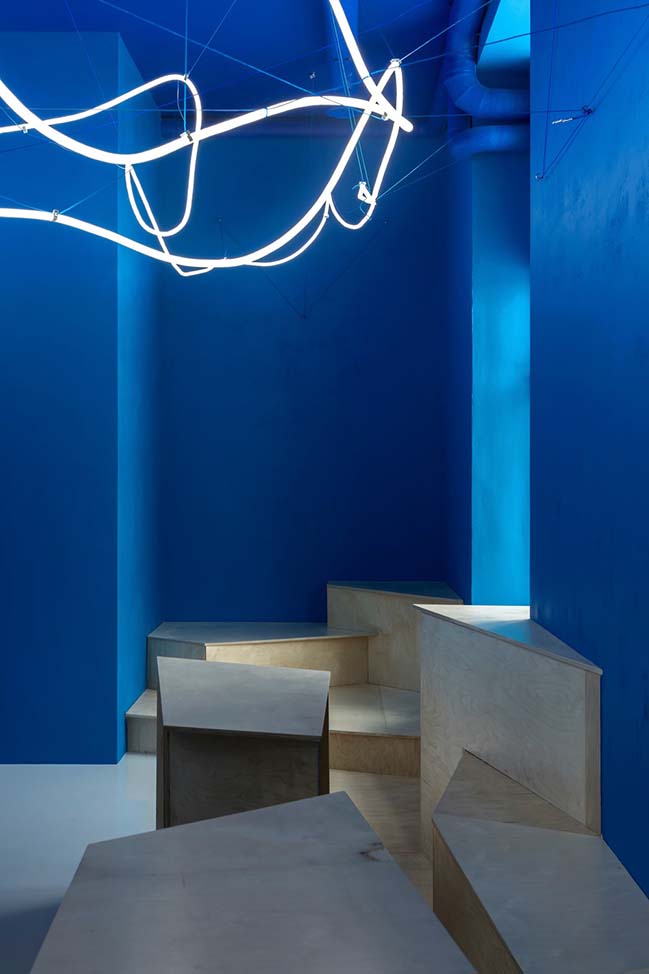 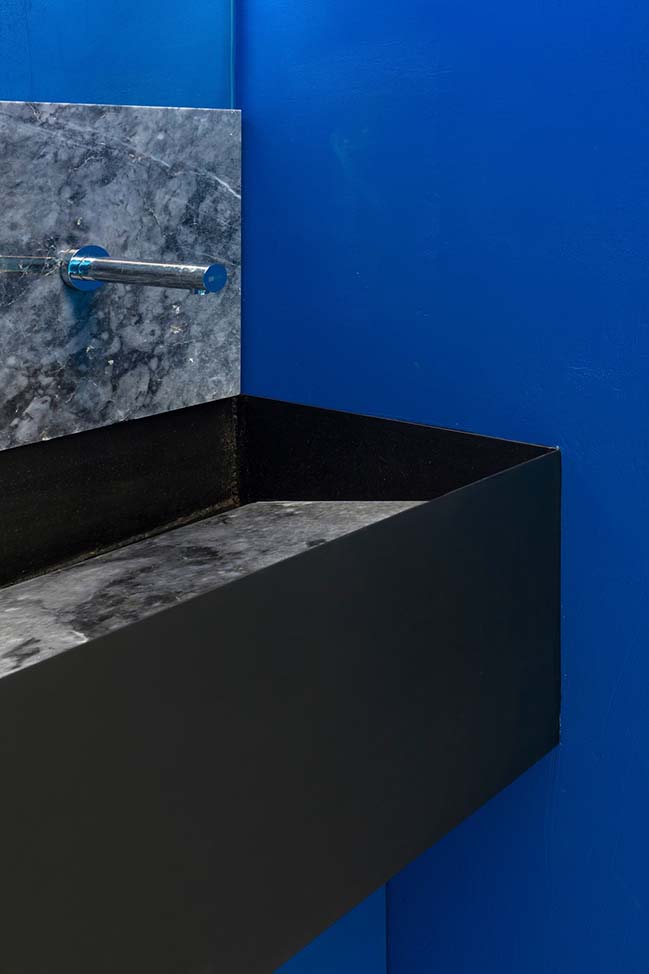 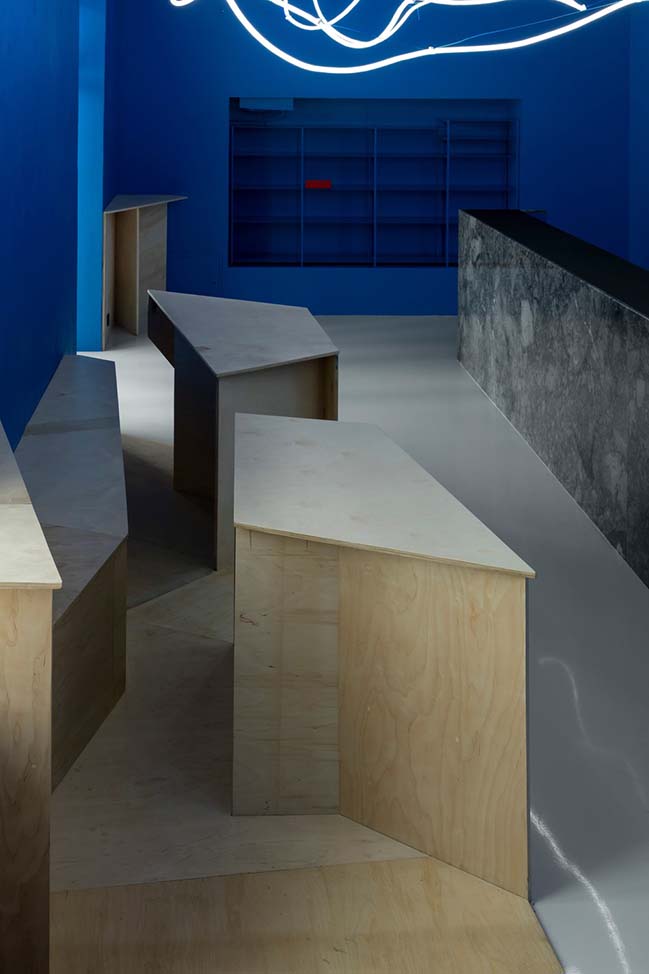 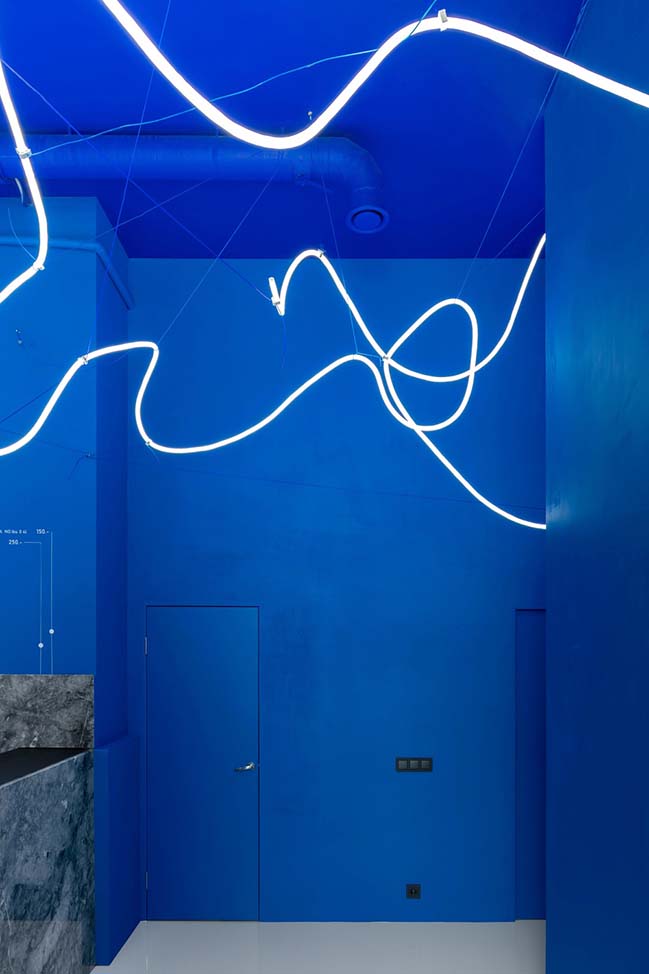 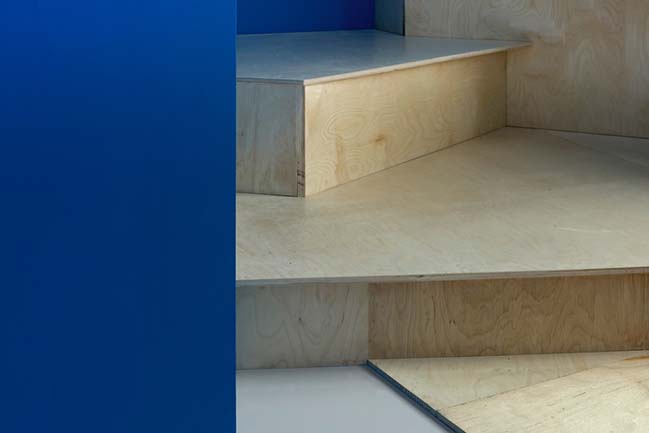 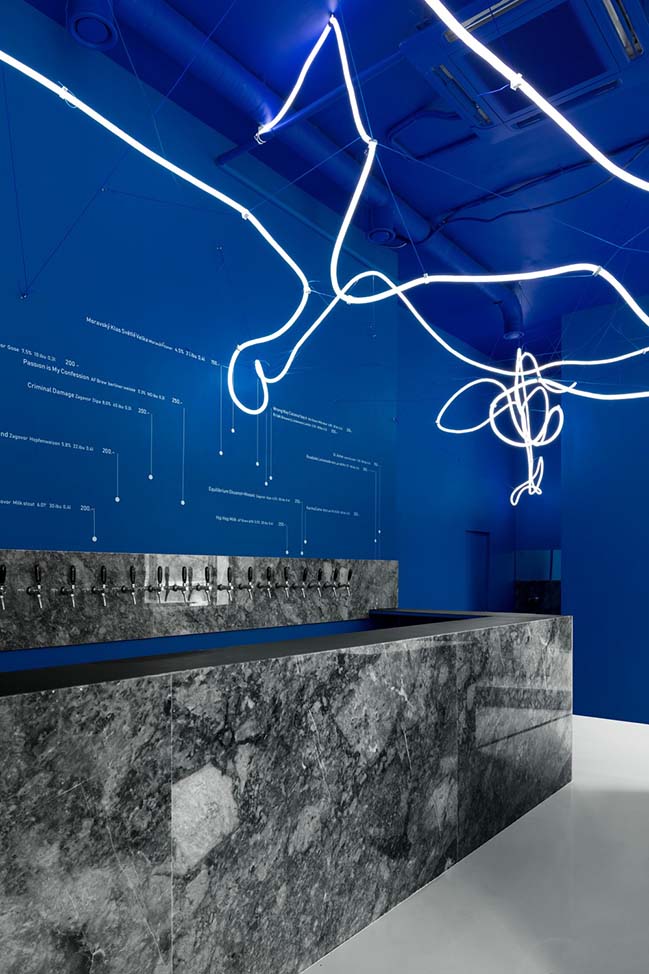 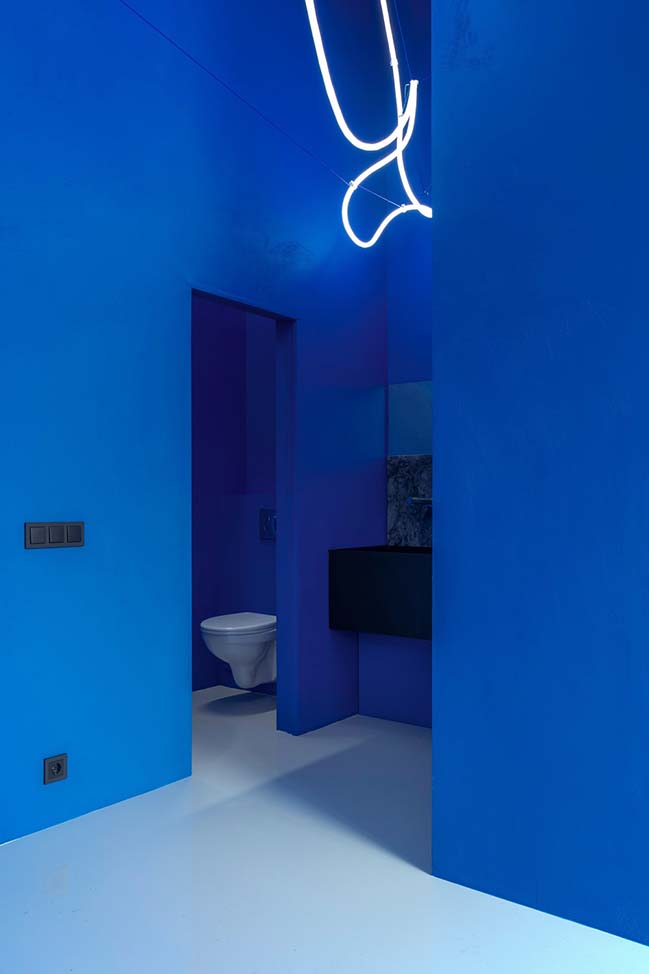 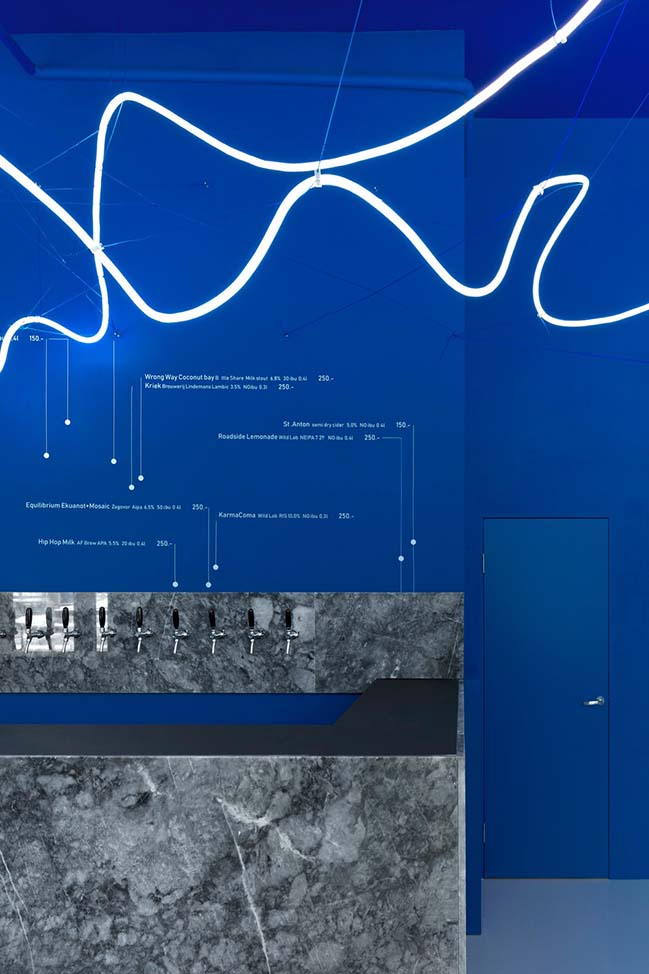 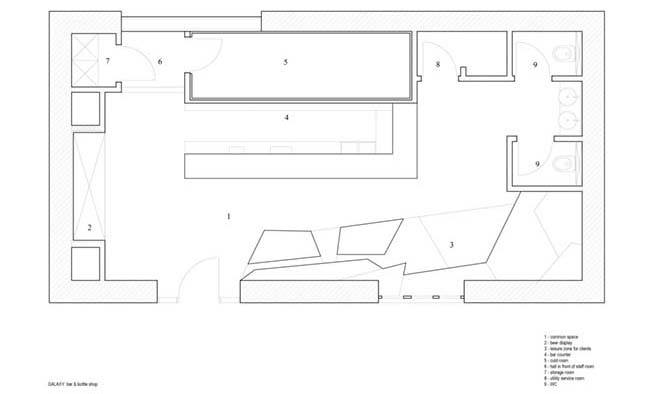 Recommended post: Two rooms from one for two children aged 8 and 10