This apartment is located in an old building from 1960s in Pisa that was renovated by Sundaymorning Architectural Office to create a modern house which has the design scheme is based on the transformation of void as a matter suitable to define a renovated living system trough an accurate design program. 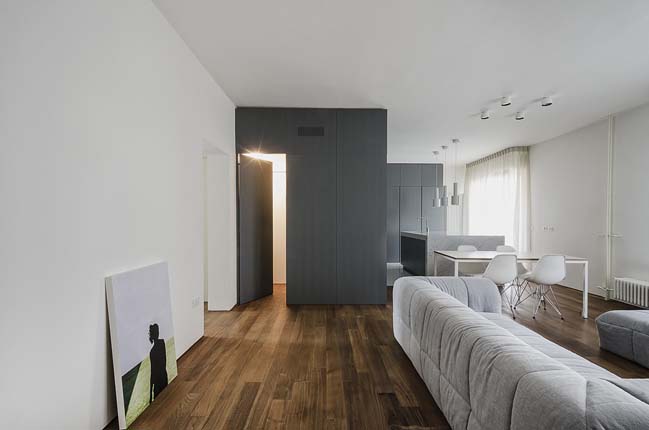 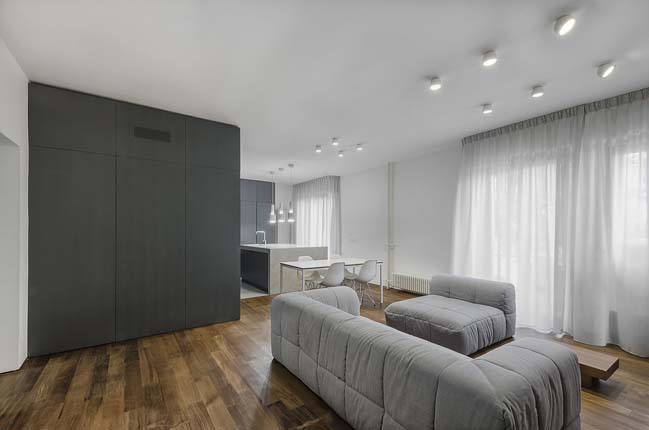 According to the architects: The former arrangement of rooms is the expression of the living habits related to the age when the building was constructed. The rooms are sorted for living rituals still deducible even though the passing of time: entrance, kitchen, pantry, "salotto" - a clean separation between day and night zones. 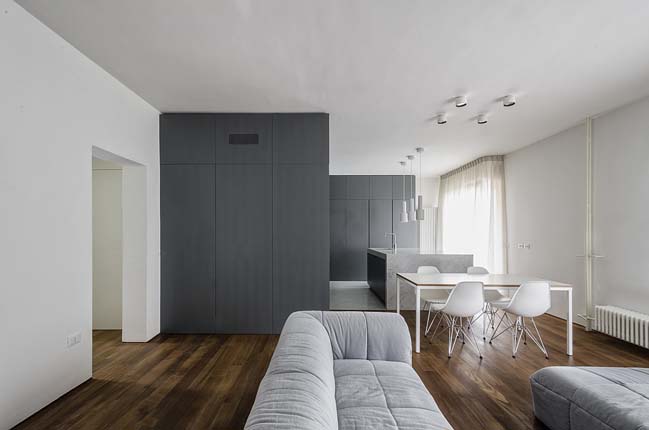 The work on empty space - aimed at simplification of the space - find its counterpoint in the frequent adoption of the figure-ground perception theme as method of arrangement of architectonical elements. It is possible to see that looking at the marble block arrangement in relation to the furnished wall behind, or considering the connection between the door to the night area and the entrance room behind it. 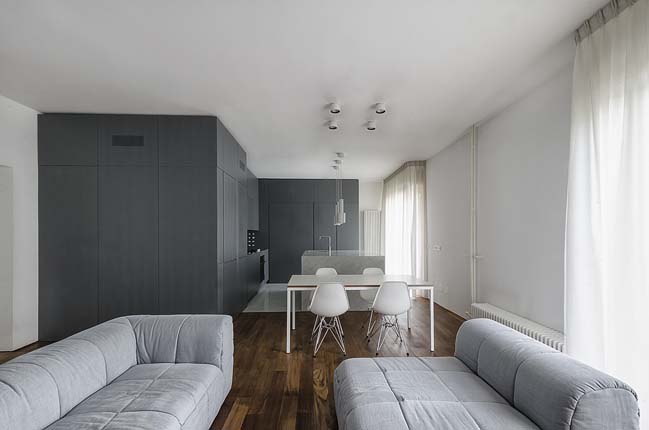 In both cases are not privileged strictly defined observation points. In this way, the continuous variation of the relation within architectonical elements associated to an observer moving into the architectonical space, becomes expression of design premises. 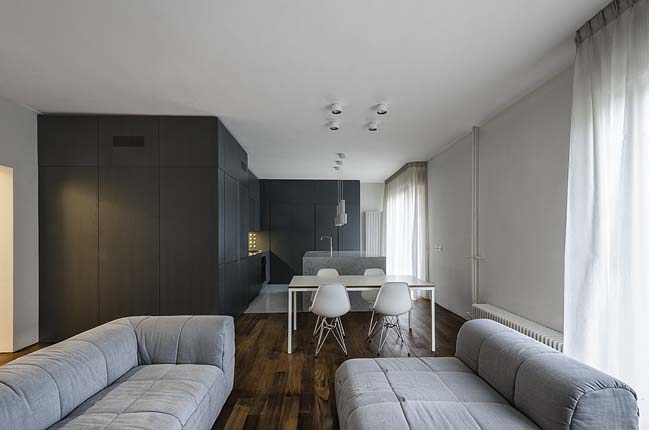 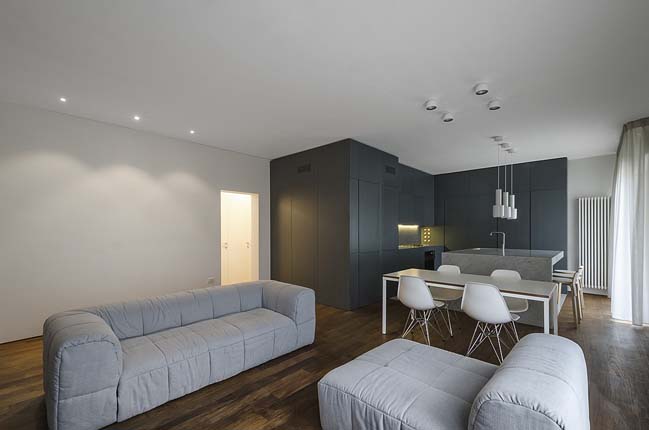 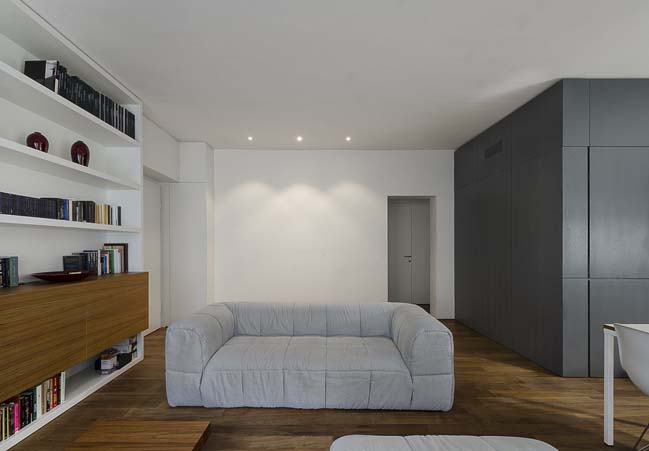 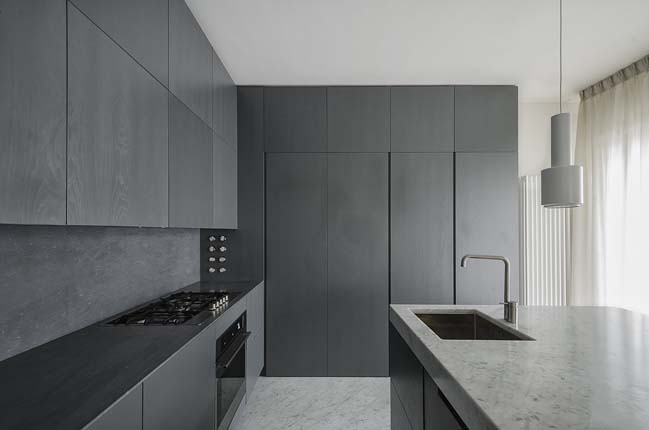 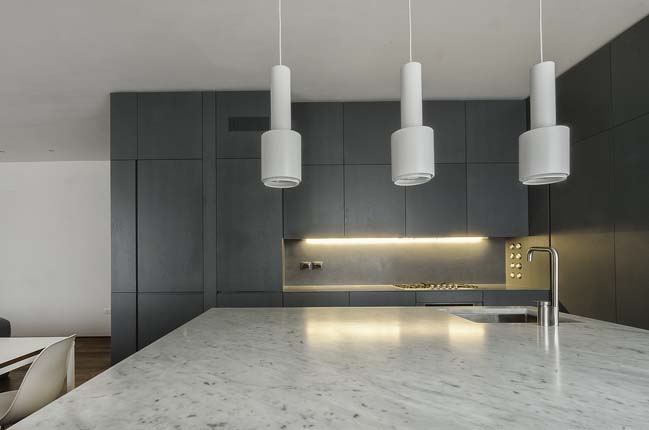 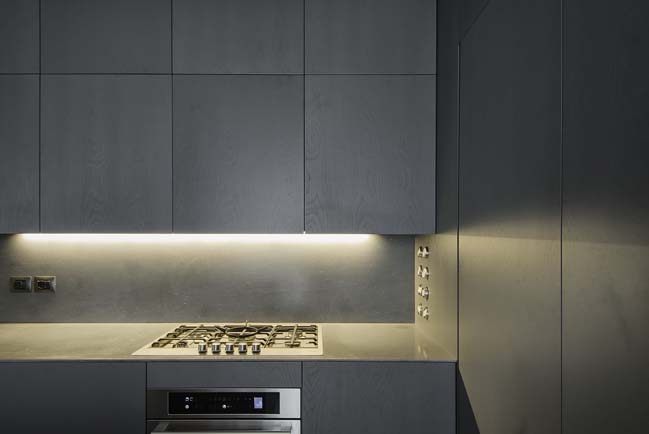 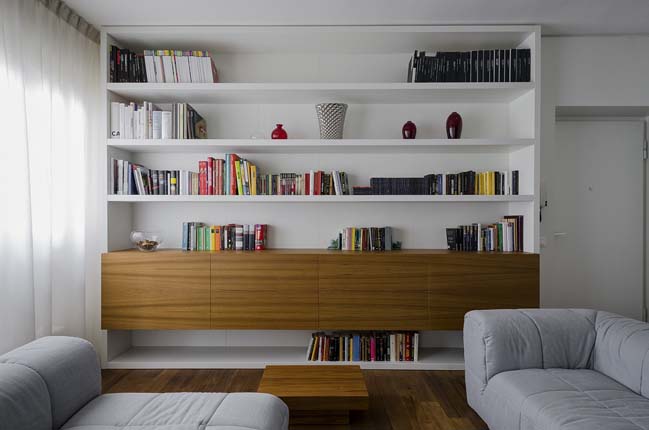 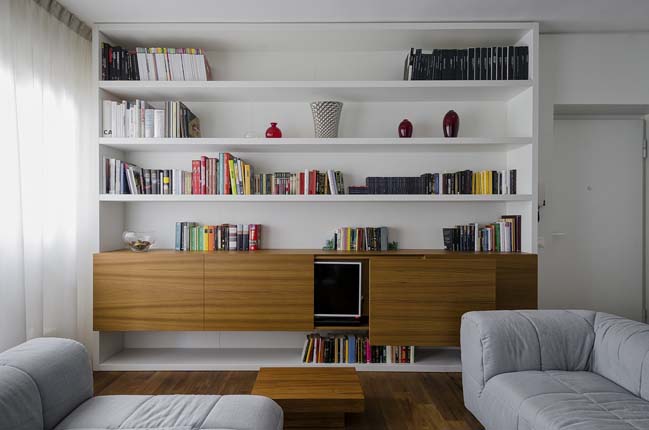 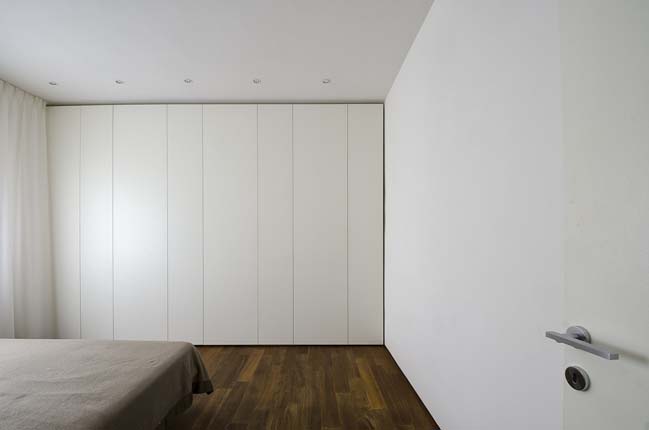 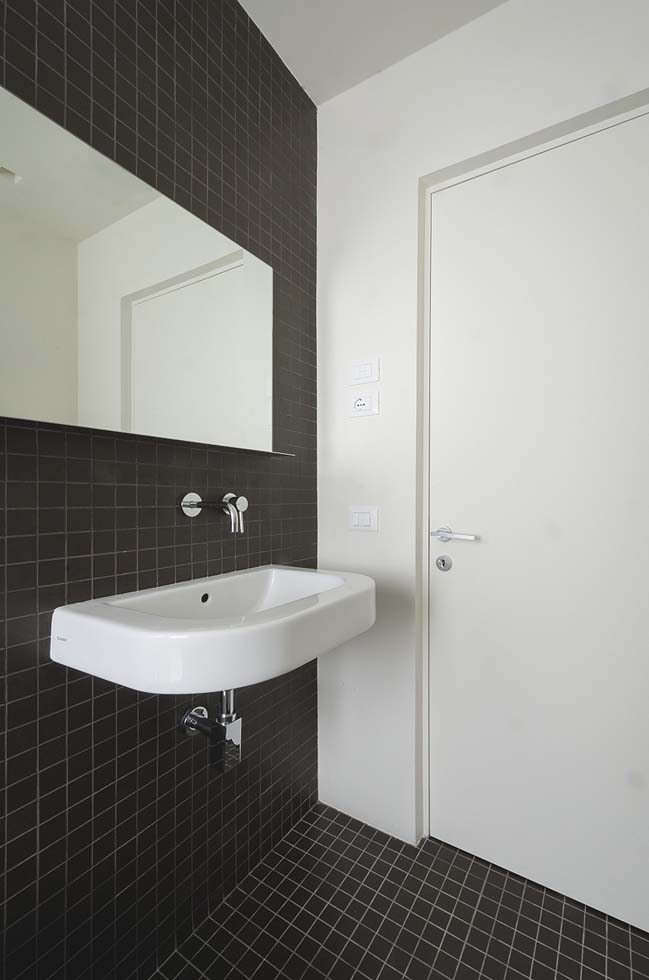 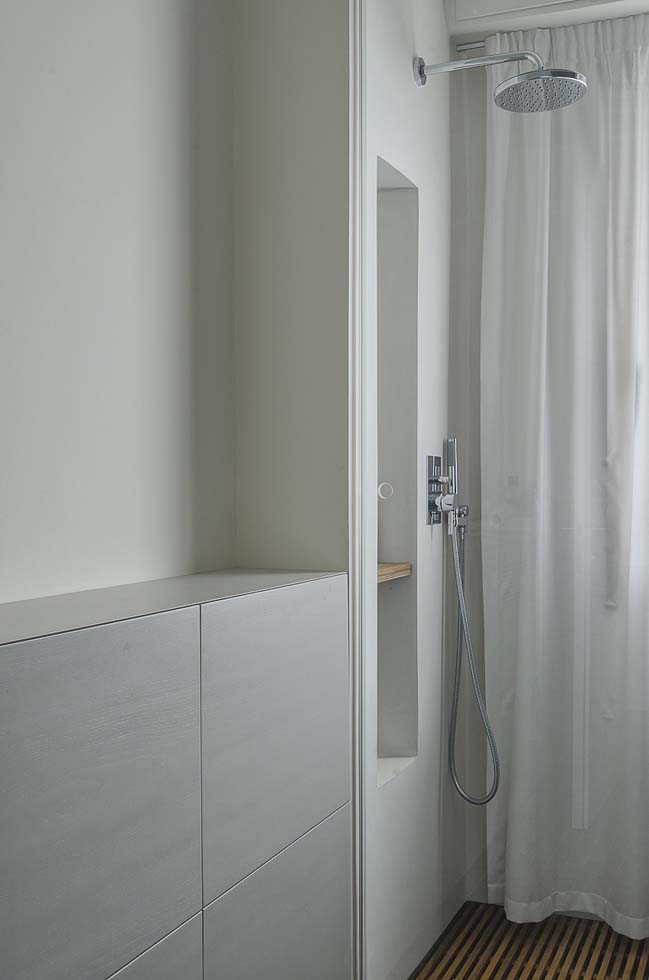 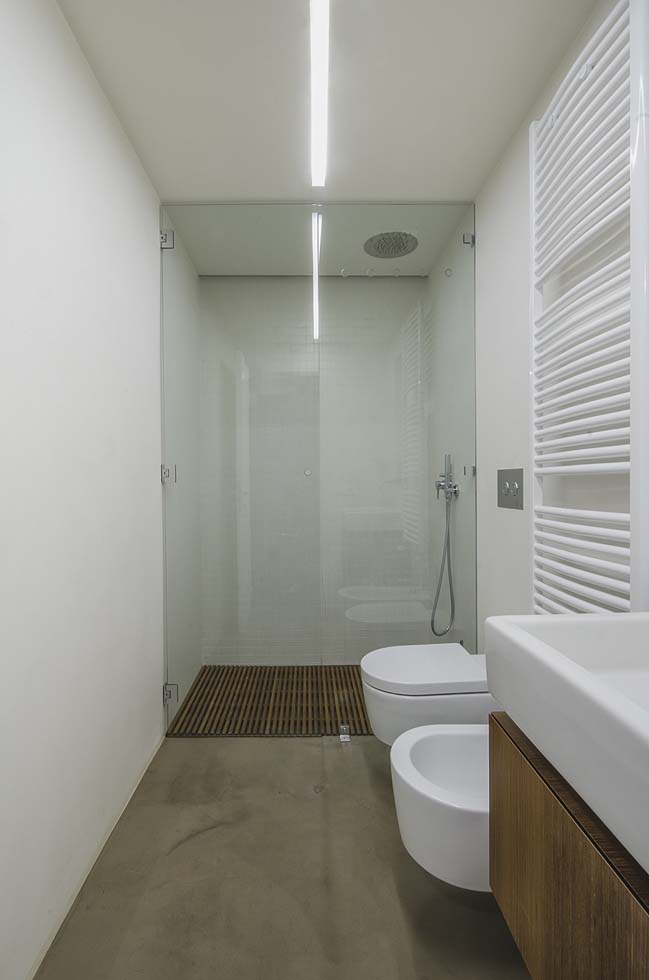 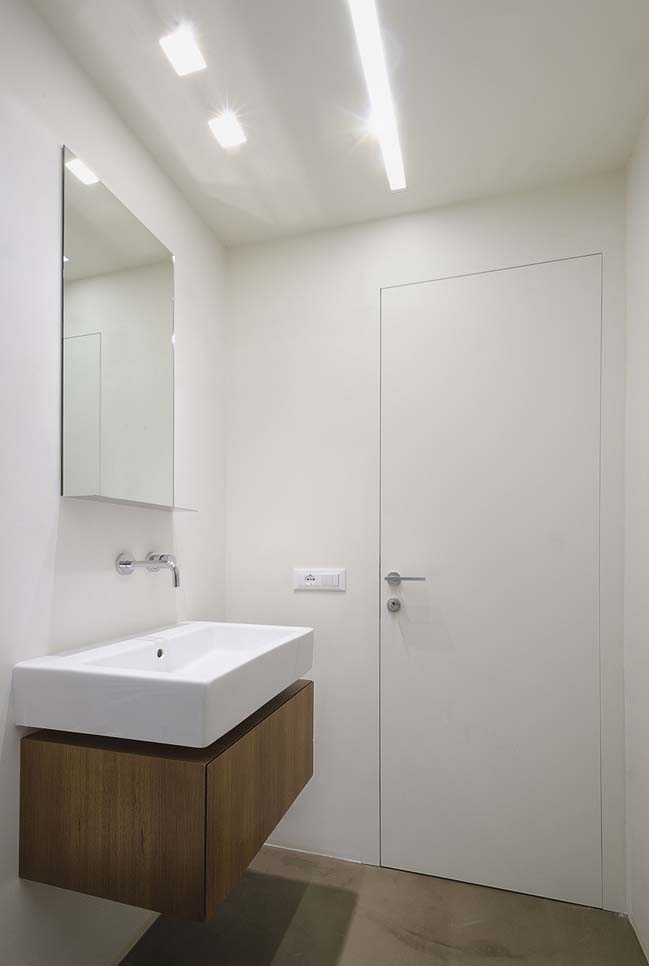 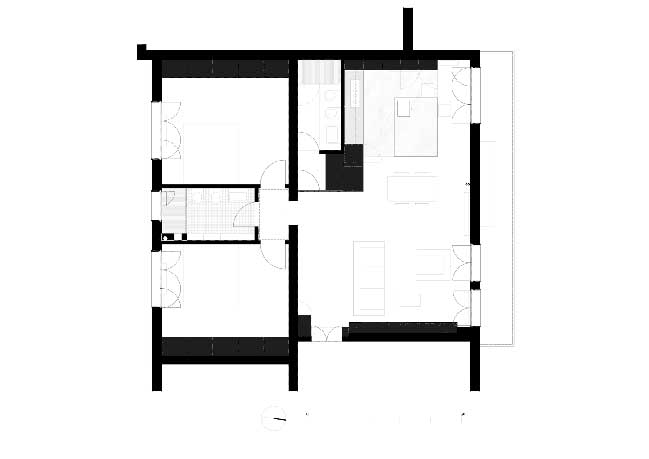 06 / 29 / 2016 This apartment is located in an old building from 1960s in Pisa that was renovated by Sundaymorning Architectural Office to create a modern house...