The studio Marcante-Testa has completed this project that calls for the renovation of an apartment of about 150m2 in the center of Milan, with windows facing an internal garden. 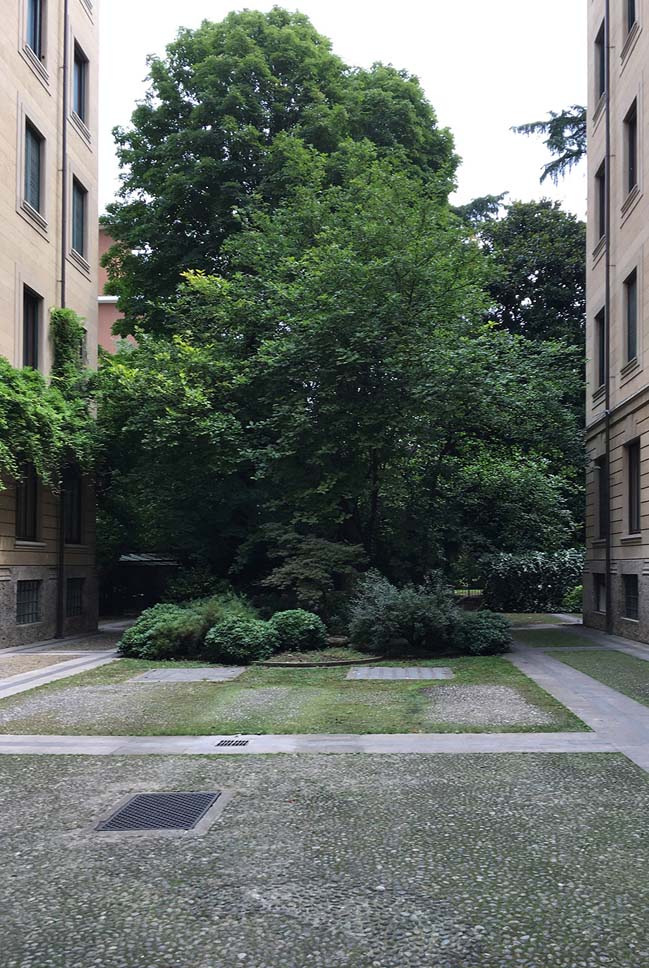 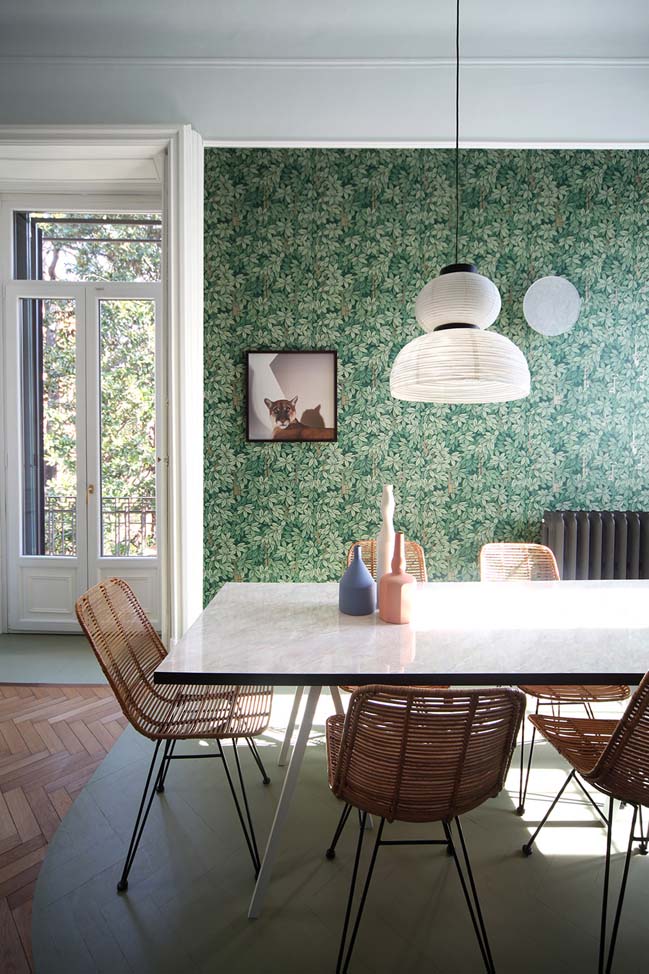 From the architects: The visual relationship with nature was the guiding motivation behind the choice of this place on the part of the client, a place with which to identify and establish a personal rapport. 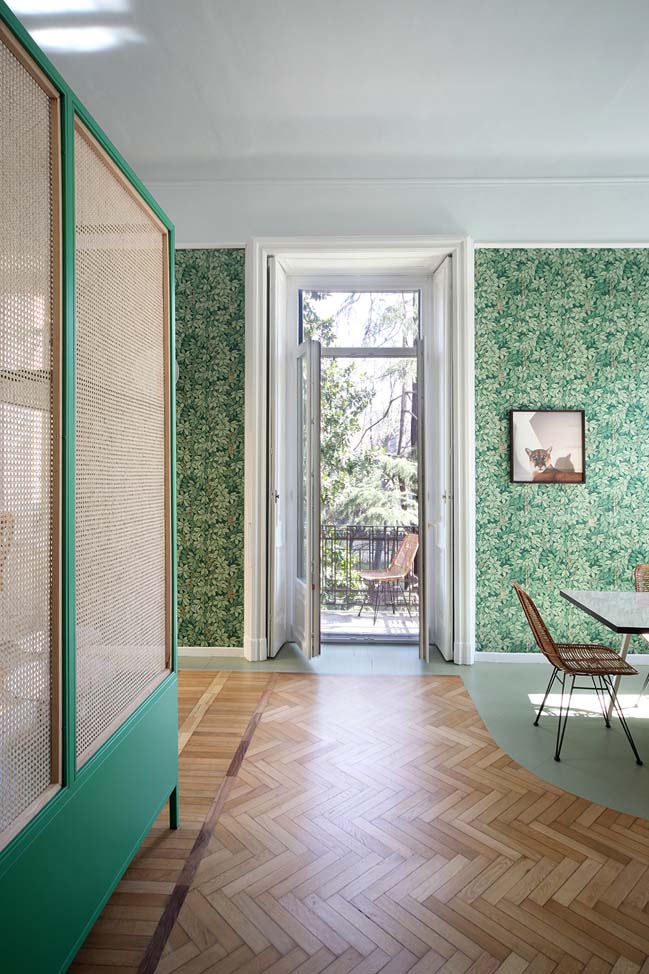 These were the premises for the project by the architecture studio Marcante-Testa, seen as an investigation of the elements that in the design of the residential space are capable of suggesting pleasant recollections on a domestic, often extra-urban plane, probably drawn from family life: the home as a repository of the most intimate facets of people and their memory, the home as the extension of an outside in which to isolate oneself from the urban context and the world of work. 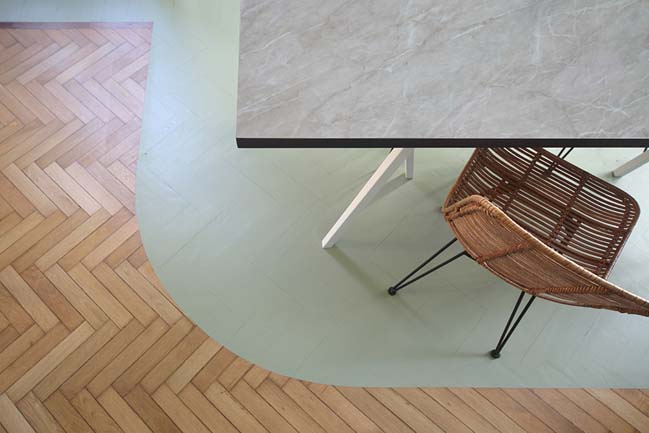 Nature bursts in, light, suggested, somewhat surreal, on the walls for the rooms, incorporating the treetops of the courtyard with designs of leaves. 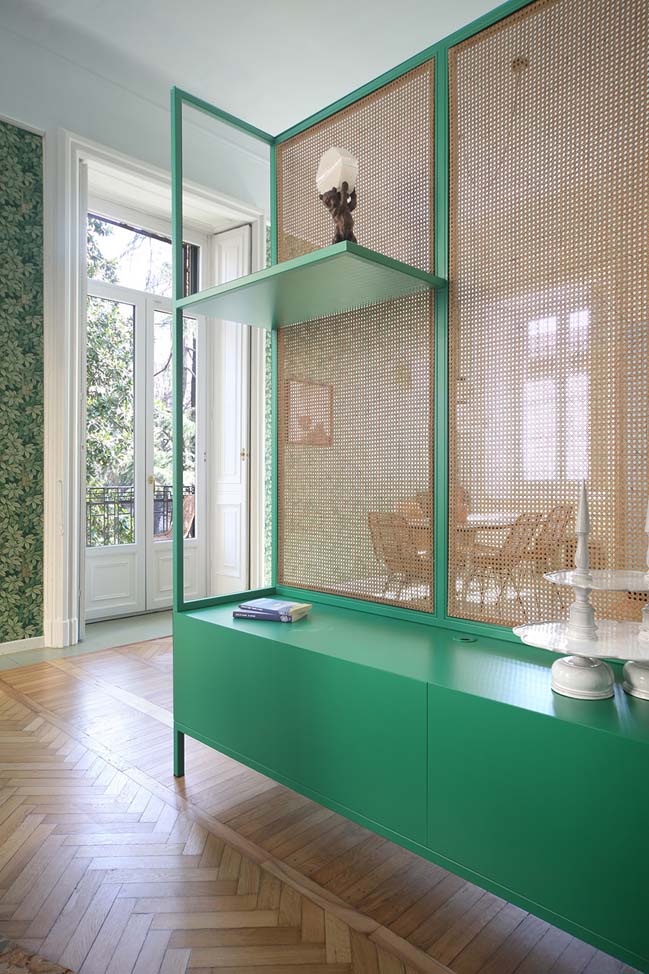 Materials like wicker, Vienna straw and linen that form seats, accessorized dividers, wardrobe doors, the fake marble laminate of the kitchen table, the wicker headboards of the beds, join forces to stimulate memories of spaces, perhaps experienced in a “grandmother’s house,” reinterpreted here and rendered functional for contemporary needs. 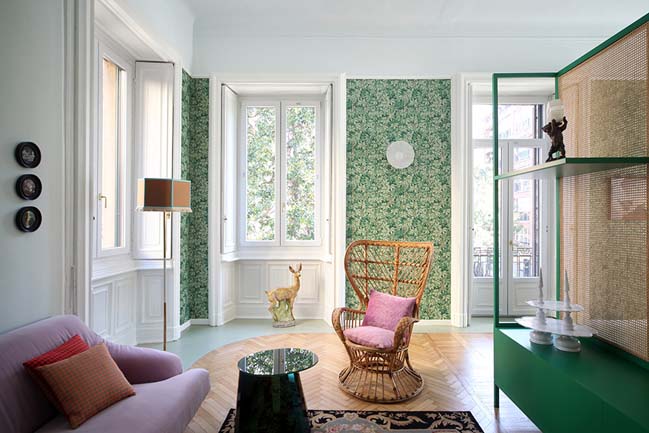 A “light” project made of decoration and furnishings (vintage and custom) for a house to make on a tight schedule and a suitable budget for a rental, where the architectural structure of the building has not been altered, though its spatial perception has been improved. 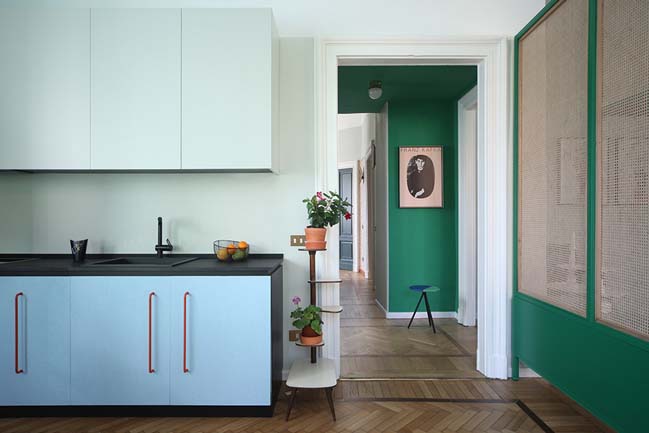 The view of the spaces changes and varies depending on the chromatic contrasts on the walls, using resin for the floors that partially covers the wood to become a “carpet” to mark the position of the table and its chairs. The metal frames in the bedrooms, framing flowers and plants on paper, contribute to indicate places set aside for study and rest. 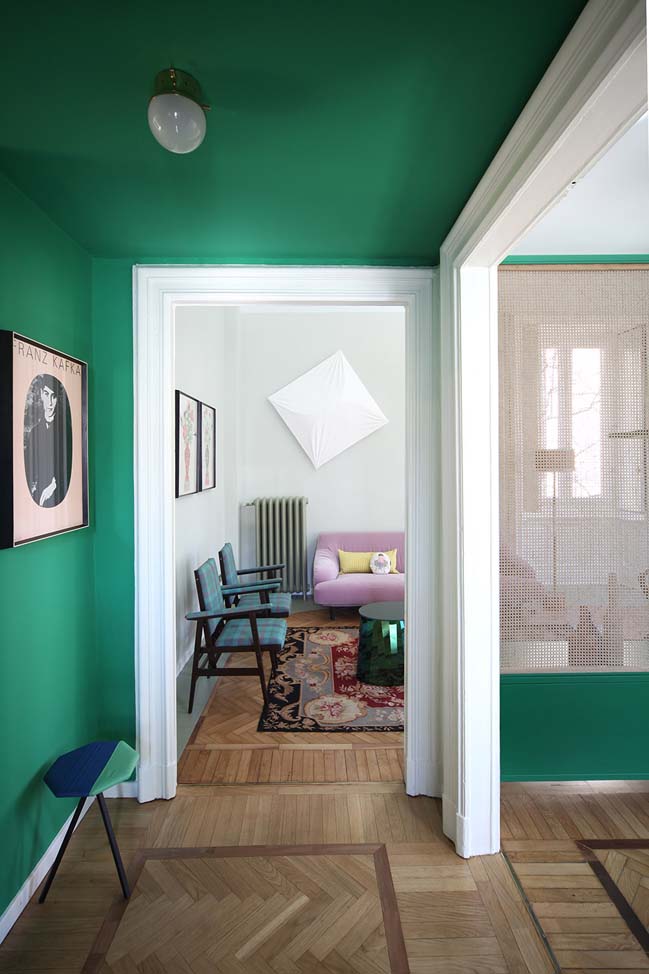 Instead of the ridiculously hypermodernity and phony super-technology of the home of the Arpel family in the film Mon Oncle by Jacques Tati, the project opts for the soft humanity of Monsieur Hulot: a house capable of safeguarding and visually conveying indispensable aspects of our character, such as humor, lightness, and the ability to never take ourselves too seriously, even when it comes to architectural design. 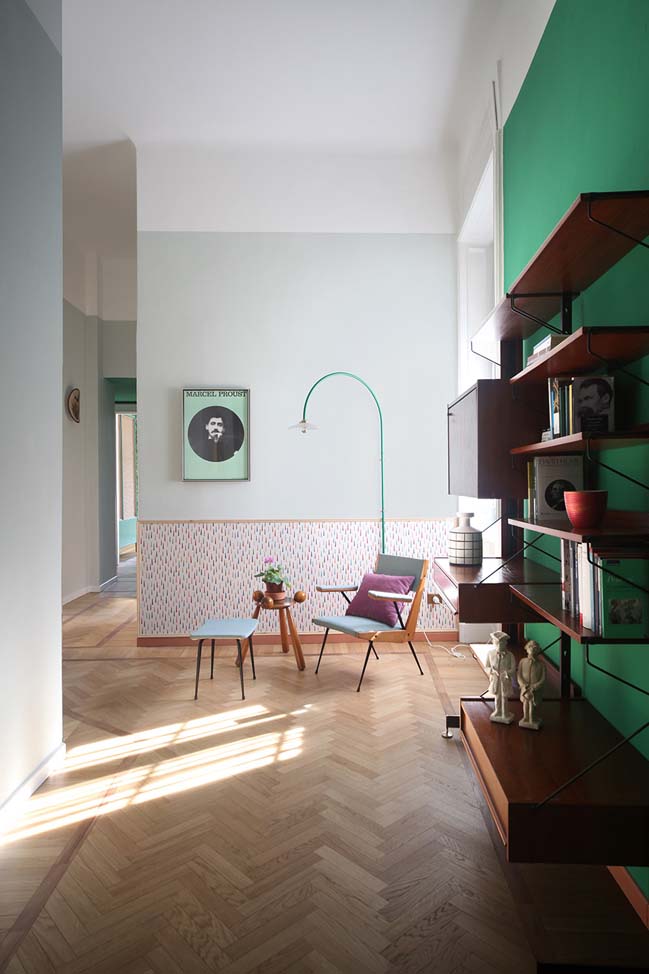 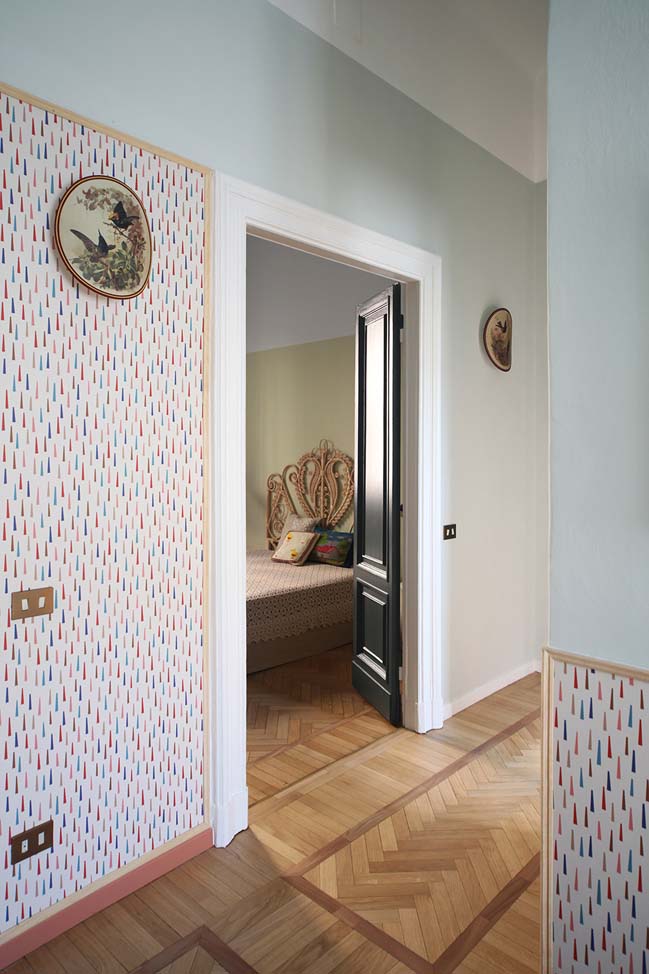 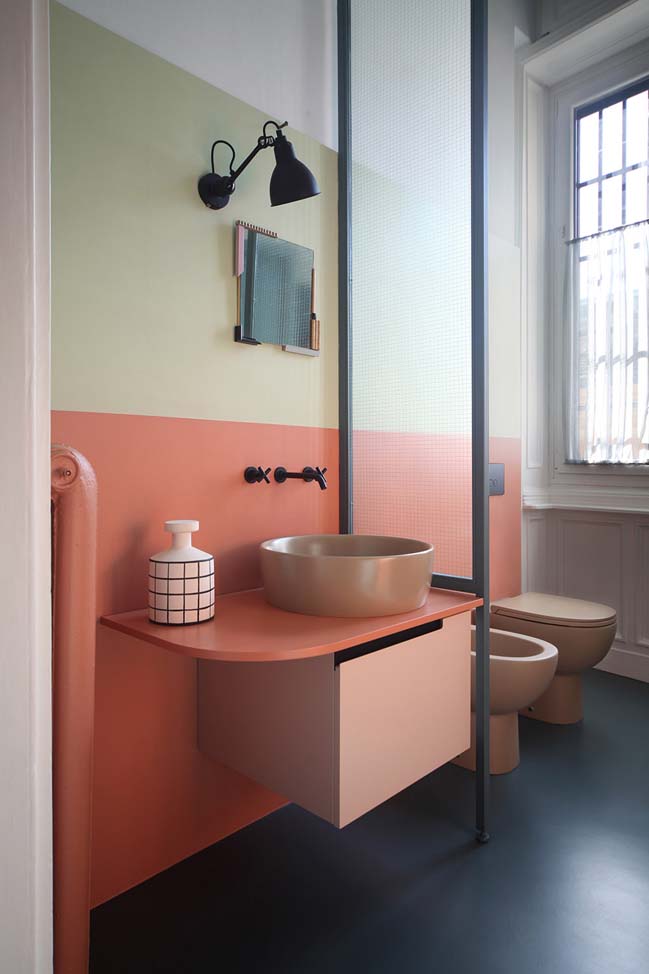 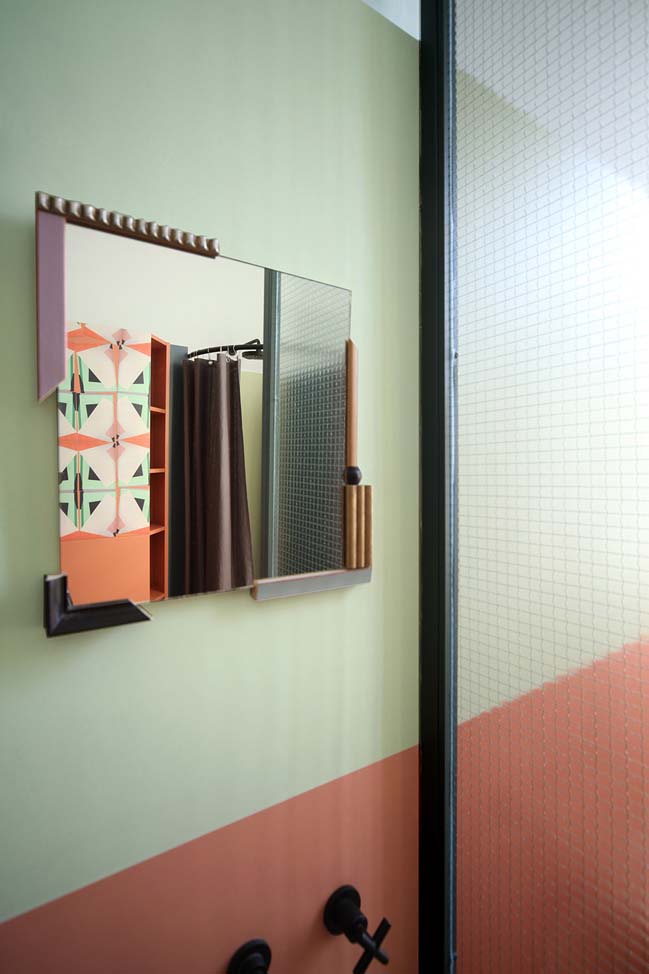 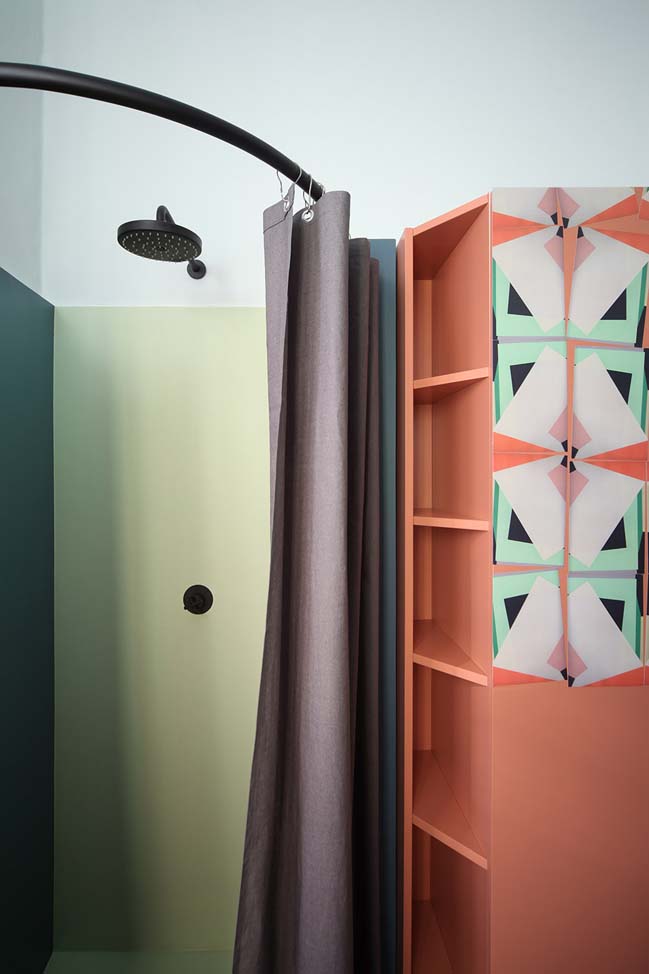 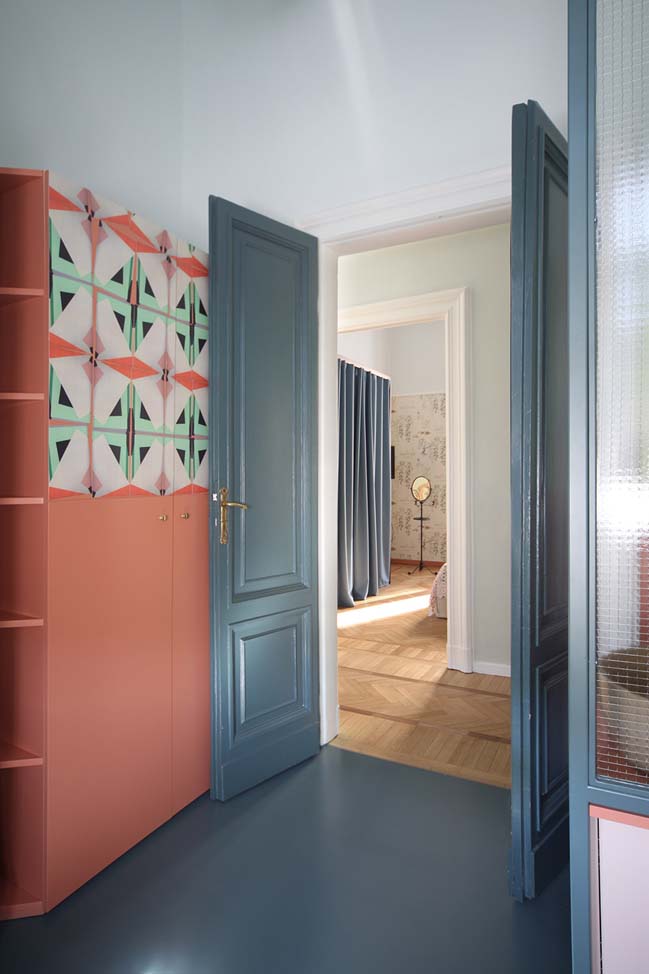 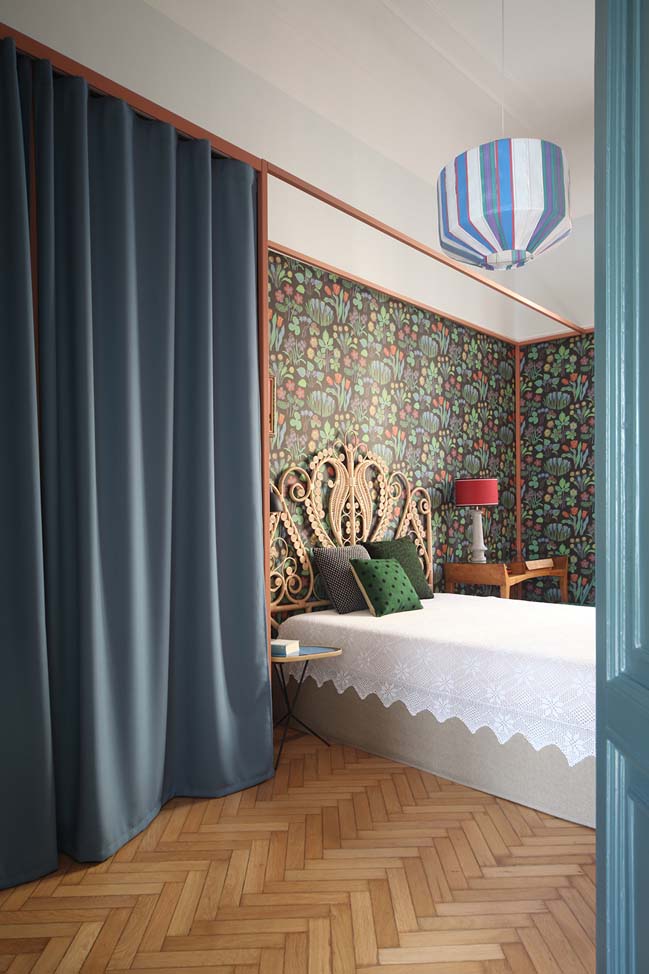 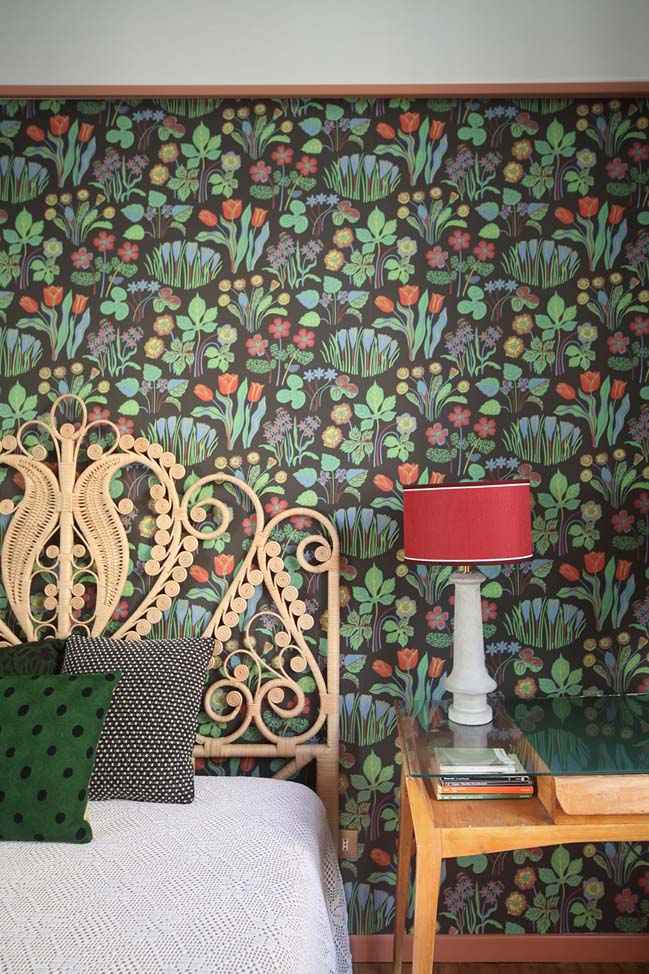