This is a home remodeling project that was completed by Studio_Suspicion for a just married couple with their new born baby in downtown Seoul. The owners of the apartment who like natural atmosphere and want to create an eco-friendly house for their baby, so the designers chose wood as main materials to respond the owner's needs. 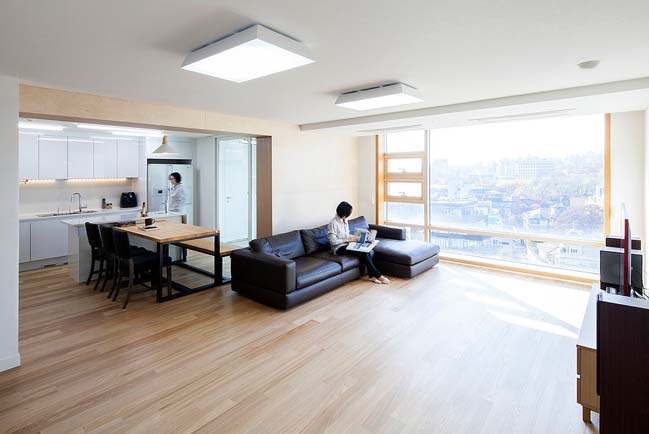 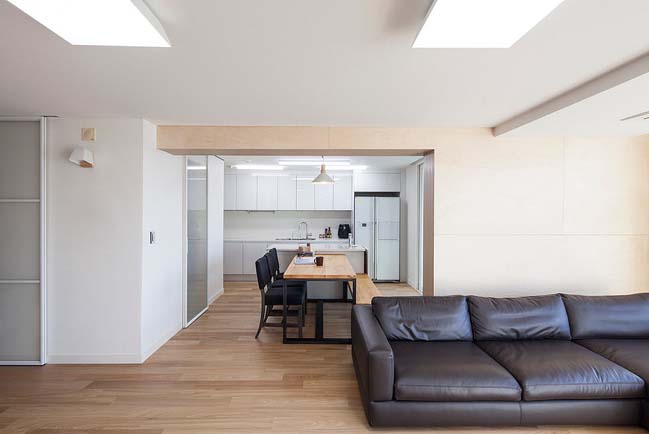 According to the designers: The largest spacial disadvantage of this house lied in untidy ceilings with different heights. As a way to achieve uniformity, a ceiling type air-conditioning system, an indirect lighting box and a curtain box were integrated into one functional formation. And the location through which the beam passes was connected to the wall, creating a ㄱ-shaped object under the inverse concept, and therefore the birch wood ㄱ-shaped wall situated in the location, which is the center of the house, became the signature of the house. In the ‘Birch House’, there is no art wall behind the TV which existing houses mostly had in the same locations. In addition, the birch wood ㄱ-shaped wall served as the object of cognitive distinction between kitchen and living room connected due to the limitations of open plan of the conventional apartment. Thus, the two spaces connected physically but distinguished cognitively help to further enhance the level of life. 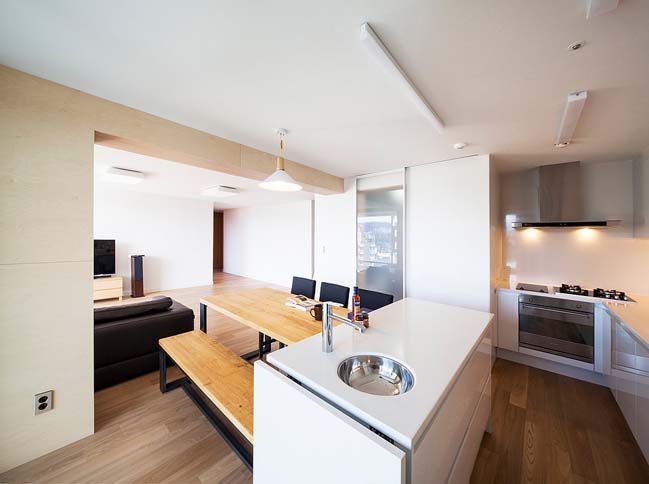 This wall takes the form in which all sides between the front and the back are filled with birch wood. The highest-grade birch wood panels and edge bars were used in consideration of color, texture and environment-friendly conditions, and water-based natural paint was also selected for finish painting. 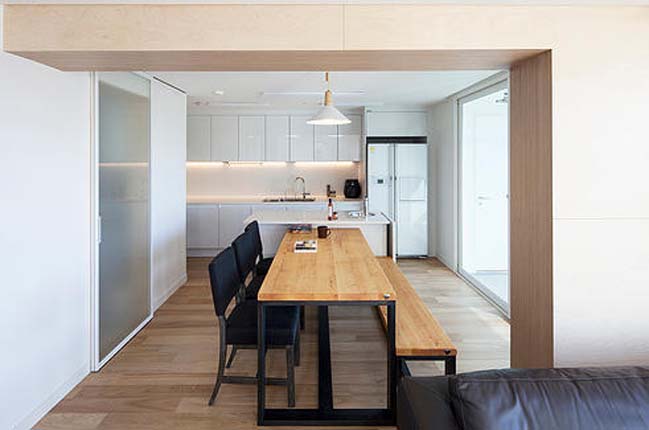 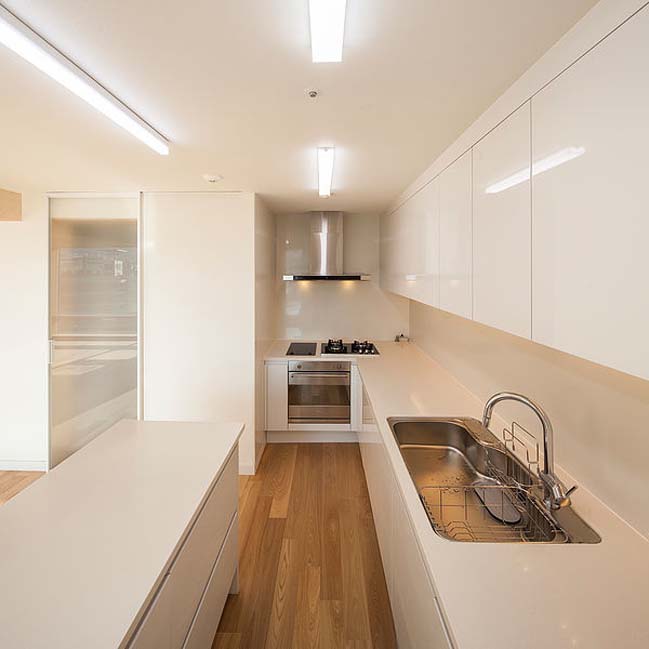 The folding workbench was installed on the right side of the Ireland table to secure sufficient workspace, and it is expected to be especially useful for receiving guests and preparing food for national holidays. 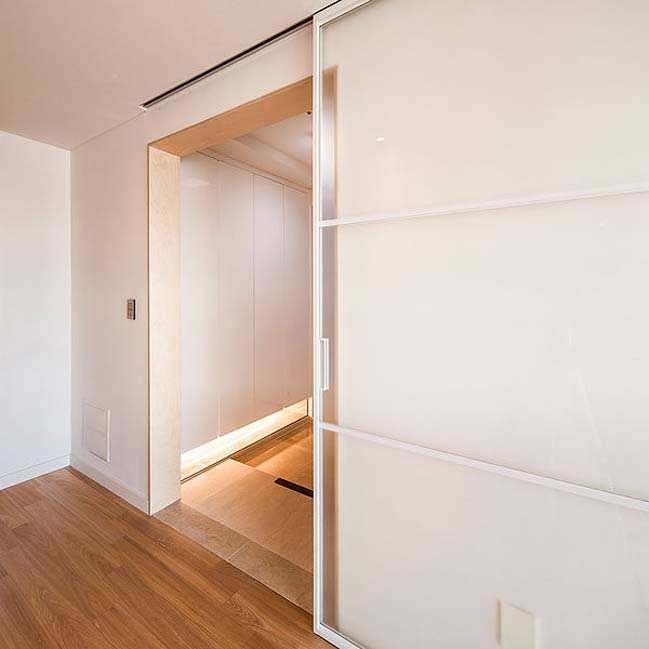 Porch, utility room and master bathroom doors are replaced with ultra-slim sliding doors, and door frames are also made of birch wood panels to give the house a sense of unity. 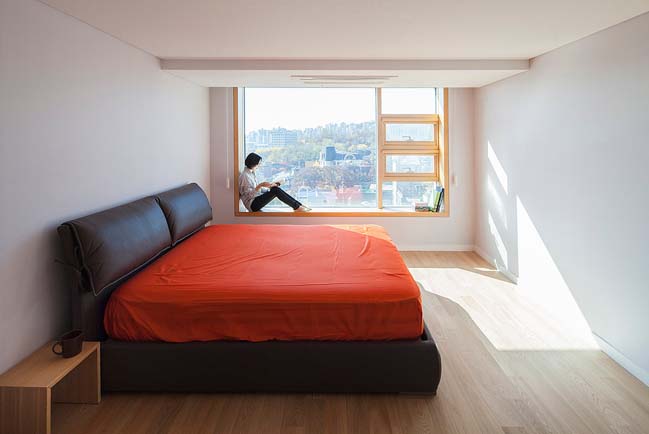 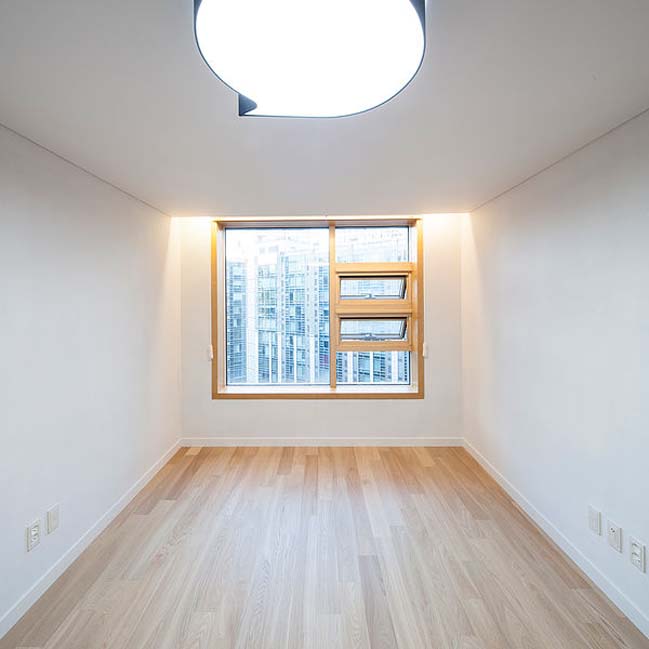 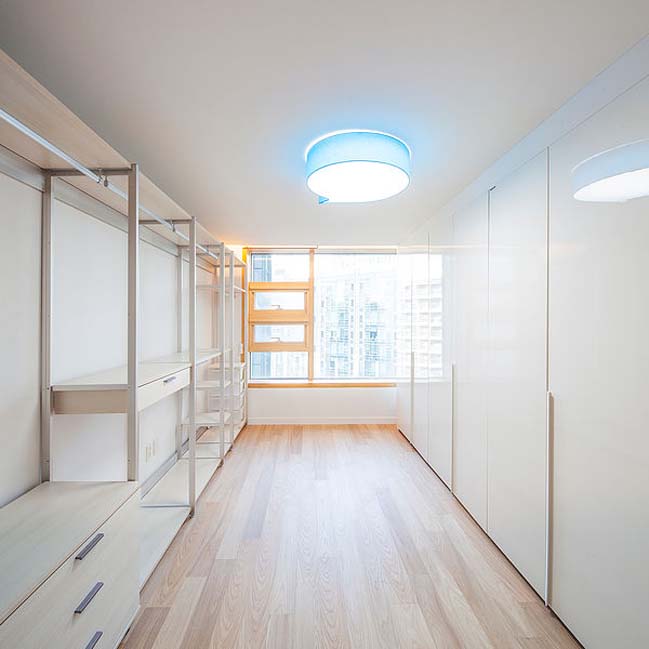 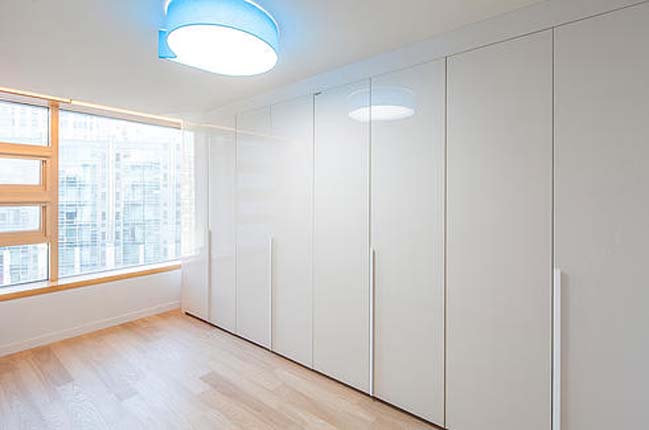 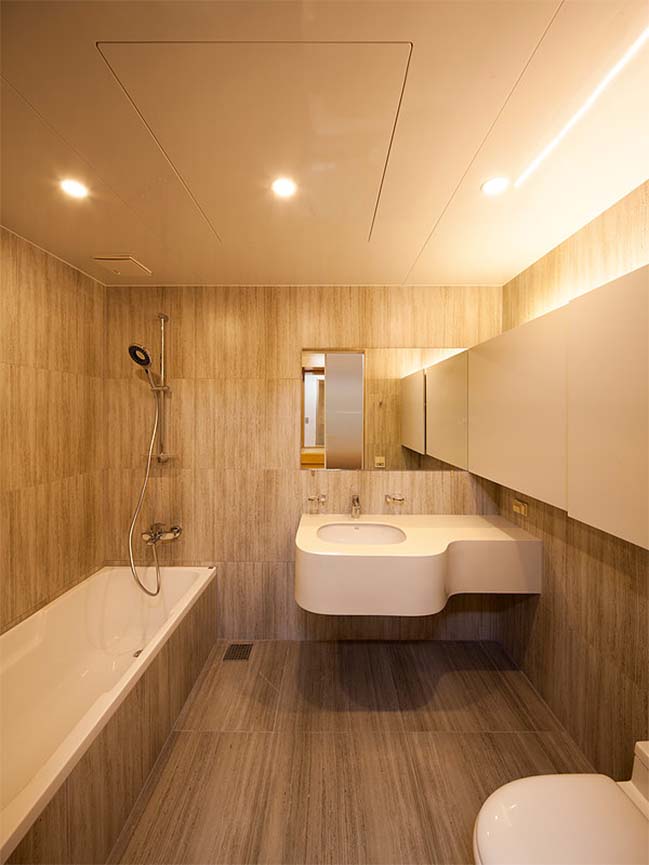 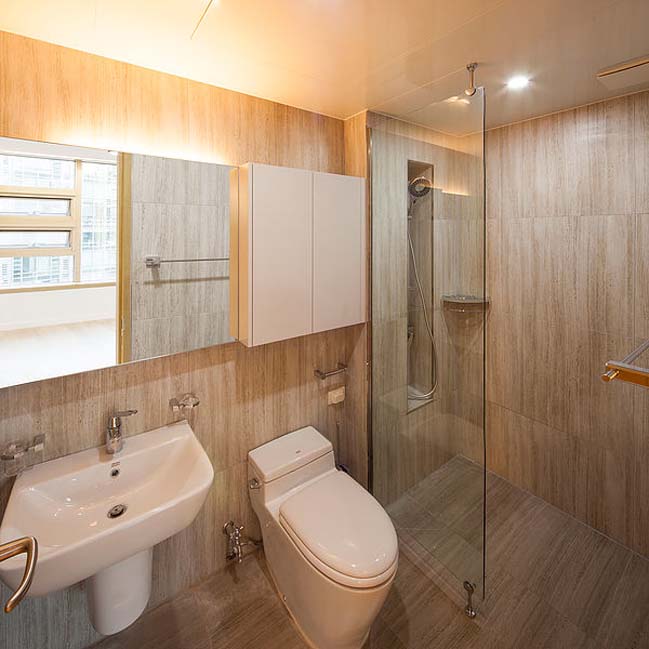 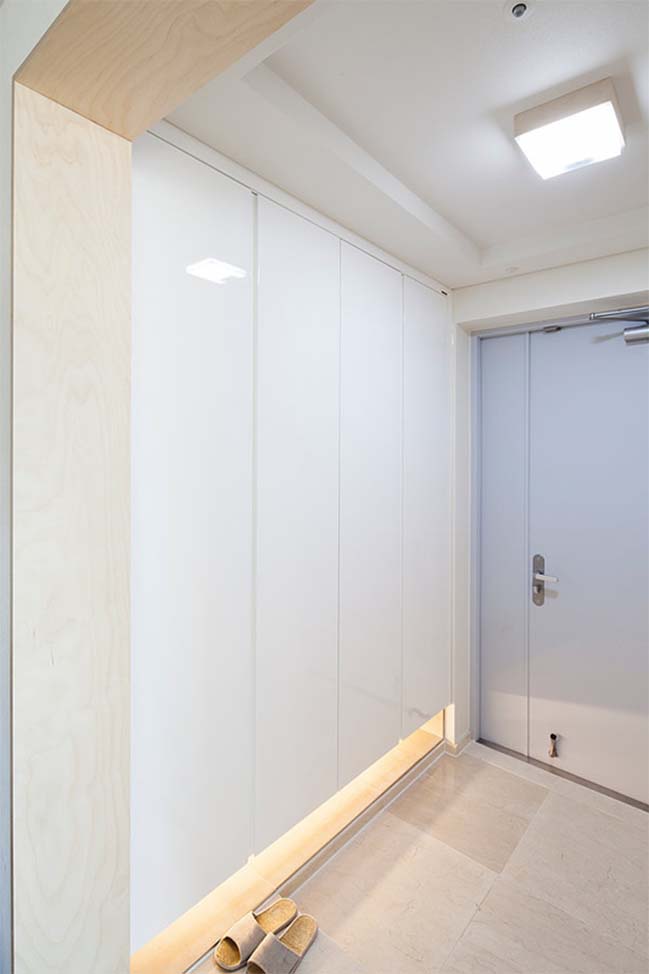