Brazilian taste is a keyword for this modern apartment design that the owner required an luxury, fresh and flexible space which could communicate with the numerous plants. 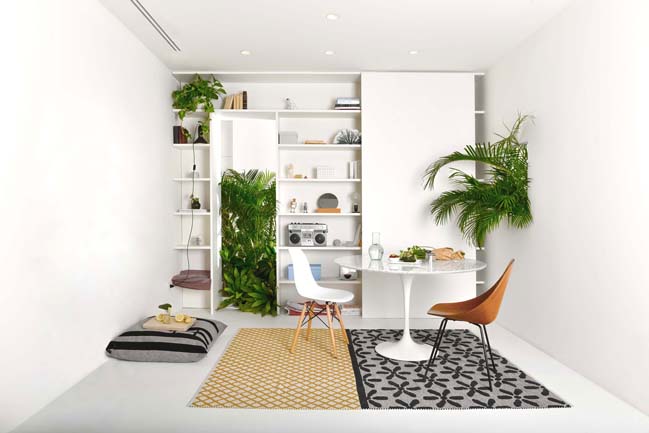 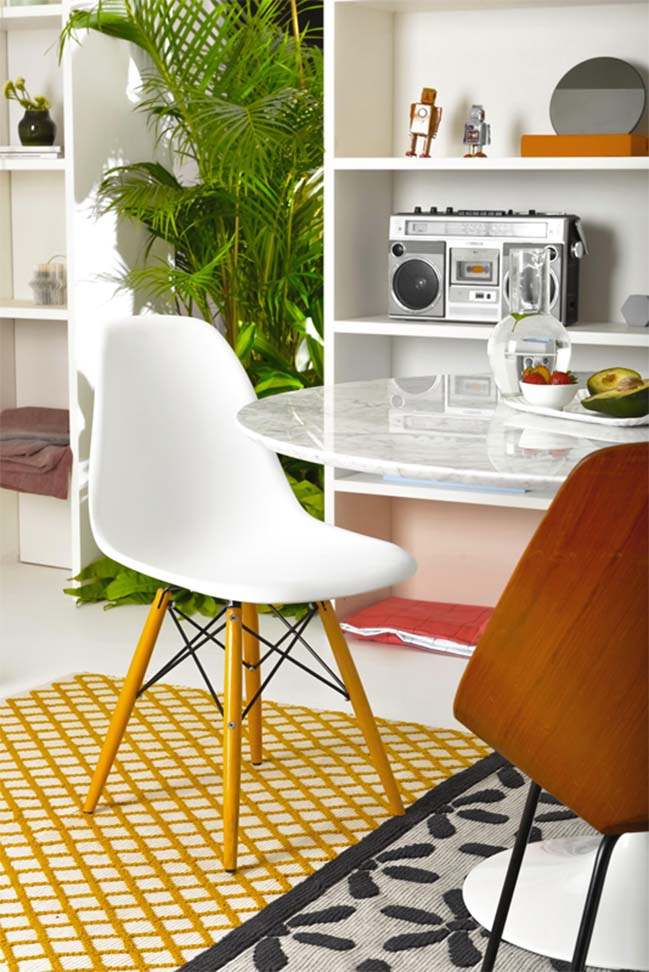 Follow the architects: The whole layout has been then redesigned according to the new needs. That’s how Brazilian Taste is born, an apartment which is characterized by many areas and “microcosms” (living/kitchen/studio/dinner), but all of them are in continuous relation and dialog with each other. 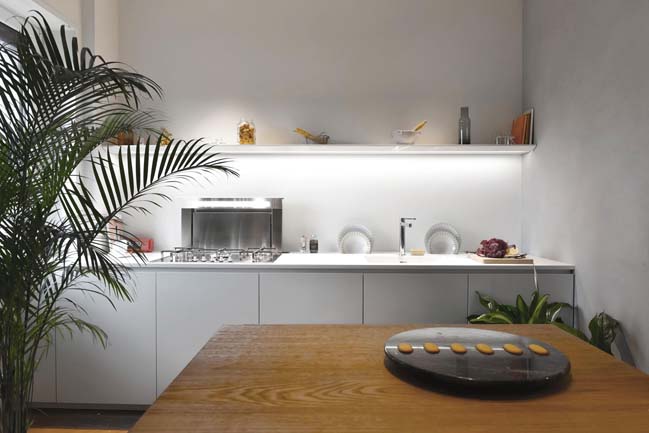 The apartment is developed around an iconic element, “concrete box”, a volume which is closed on three sides and which hosts the living room. This is the core of the flat and the focal point for the flow branching to all the other rooms. Considering the natural conformation of the building, This element allows to obtain the best from natural illumination, giving an ambient which is perfect for plants life. 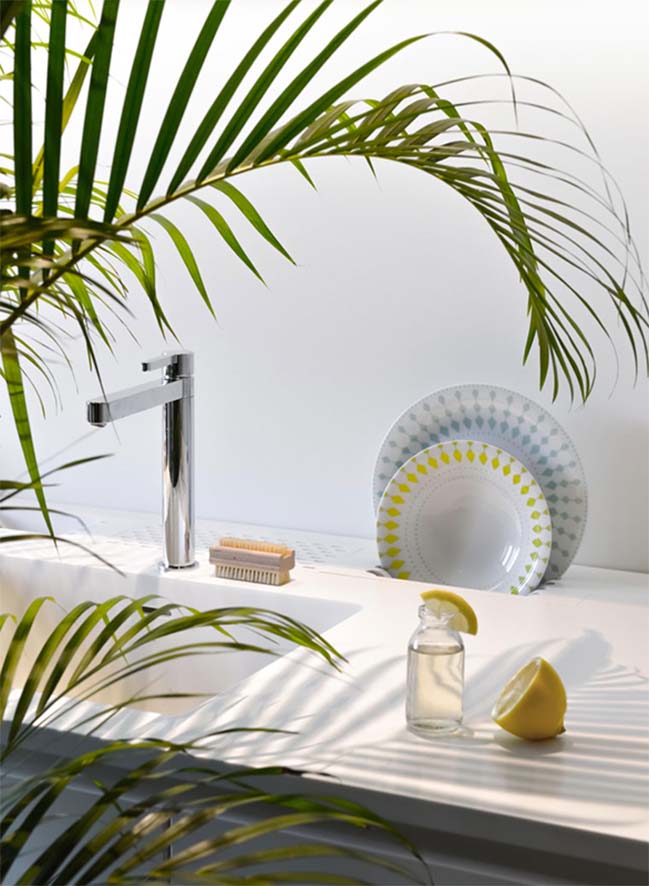 Therefore, we got rid of the classic concept of corridor as a separator between the living area and the bedrooms. In fact, from the entrance you already get the awareness of the entire space, thanks to the alternation of volumes, full and empty spaces, compressions and decompressions, sometimes really amazing, that give value to the architectonic structure of the flat. 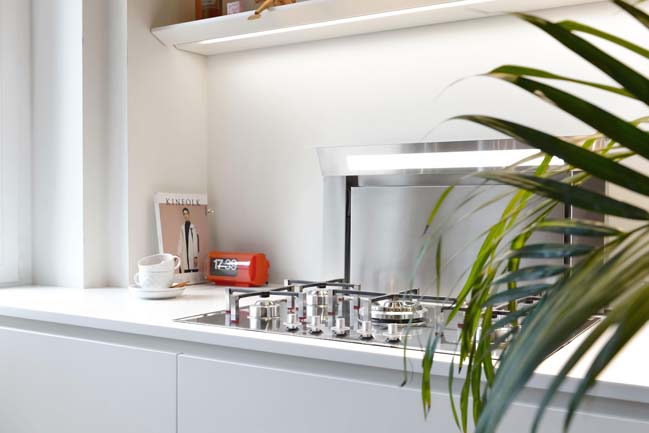 This alternation is emphasized in the “concrete box” and in the finishes chosen for its realization. The external walls are indeed realized in rough cement, underlining the scenic and architectonic presence and its lead role within the space. The interior, instead, is made in white resin. It looks like it cancels the volume of the solid, turning into a heavenly ambient and it focuses the attention on the furniture elements which compose it. 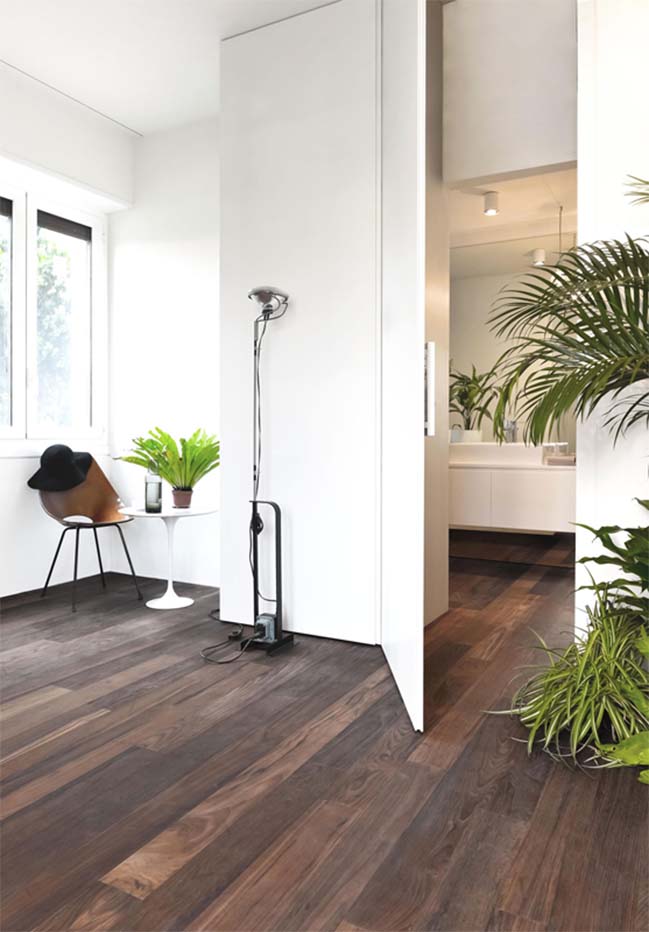 Finally, the fixed furniture has been imagined and projected as an integrating part of the architecture, completely tailor-made according to the subdivision and interpretation of the apartment. Hence, besides the usual spaces dedicated to containments, the wardrobe reveals unexpected areas, as the direct access from the double bedroom to the bathroom. 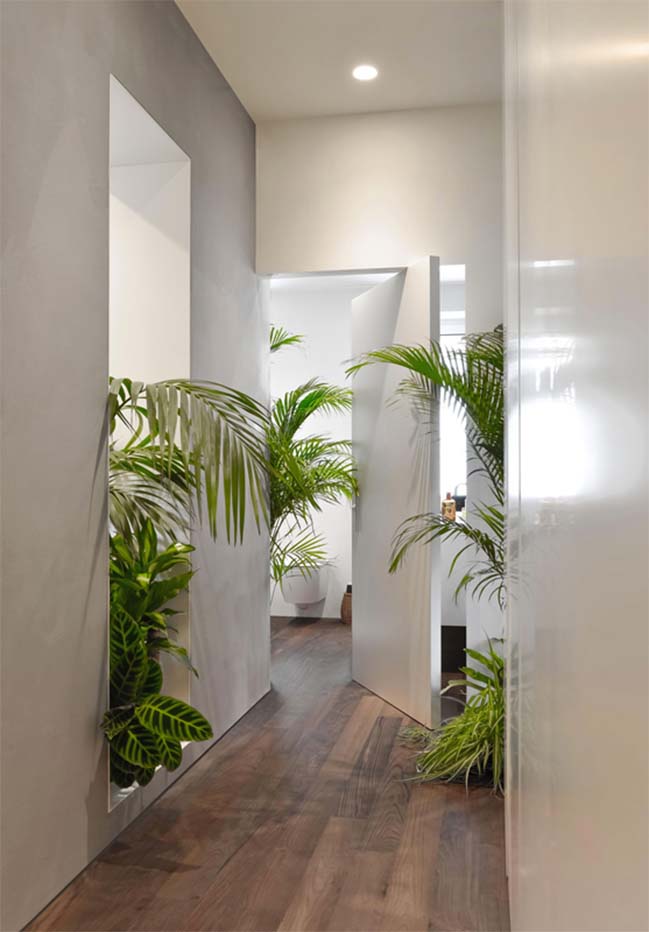 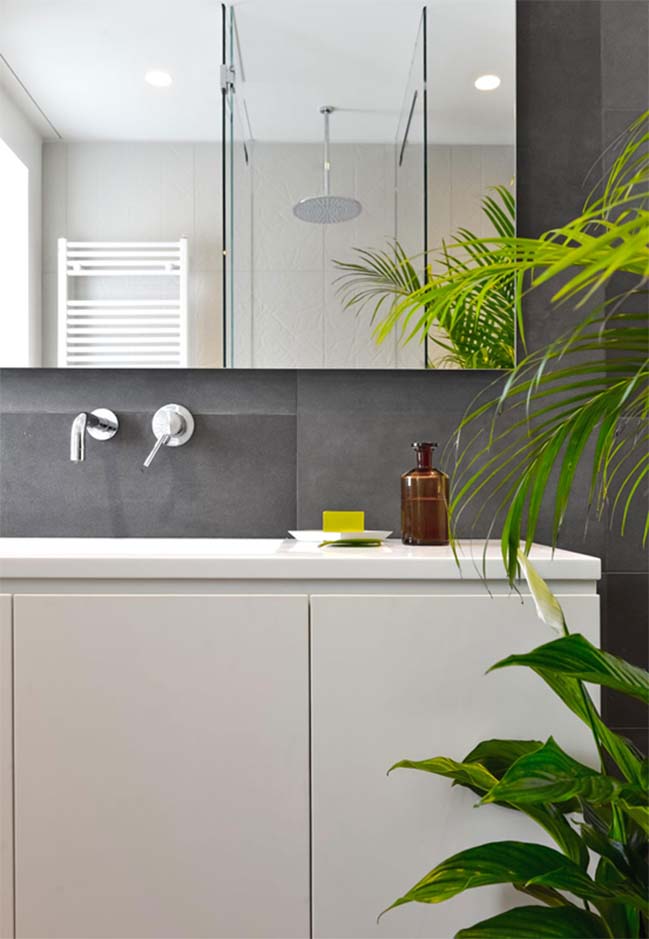 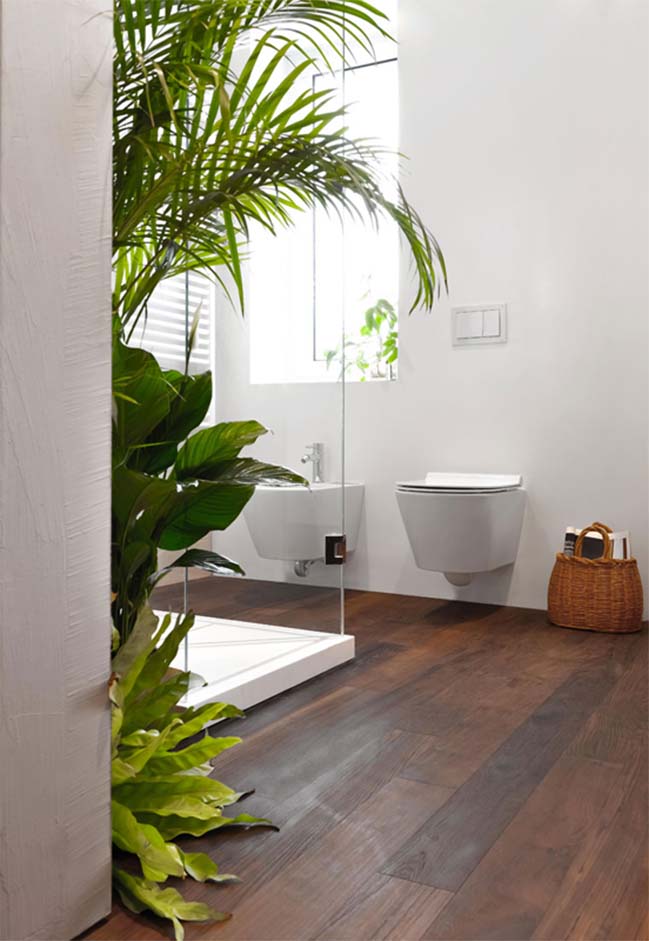 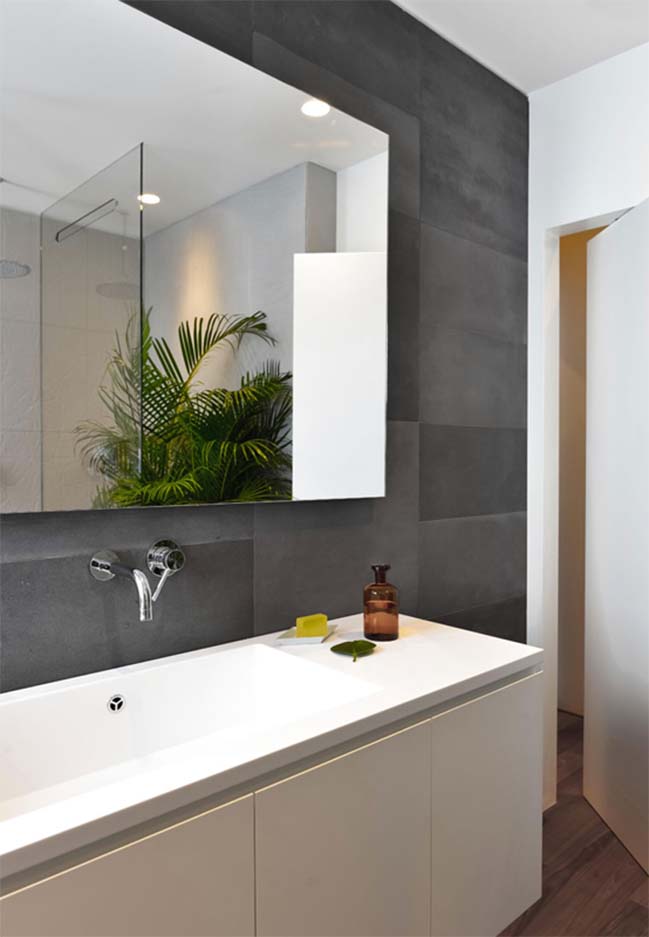 02 / 05 / 2016 Brazilian taste is a keyword for this modern apartment design that the owner required an luxury, fresh and flexible space which could communicate with the numerous plants 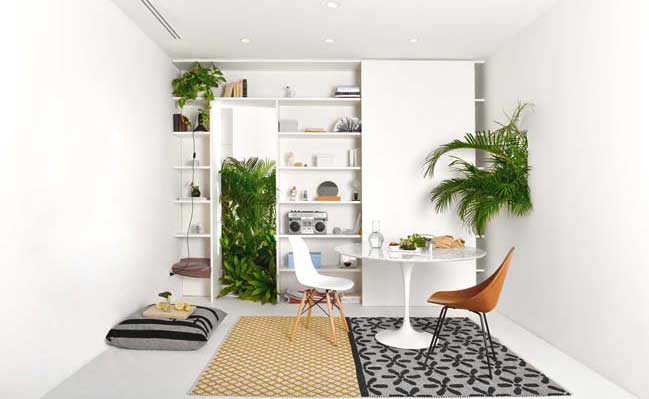