PlaidFox is proud to showcase the remodelling and decorating of a 1,500 square foot penthouse in Vancouver’s historic Gastown district. 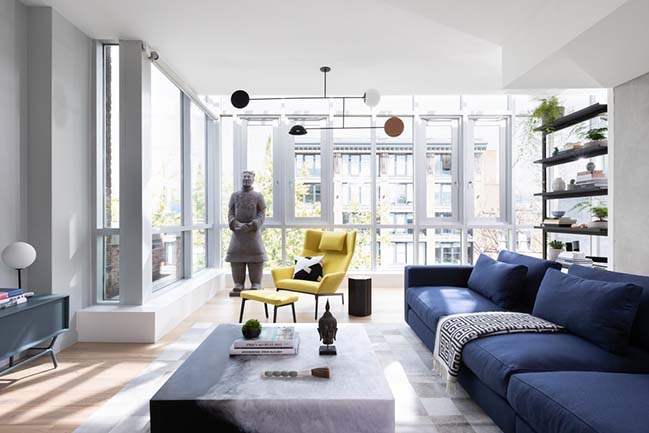 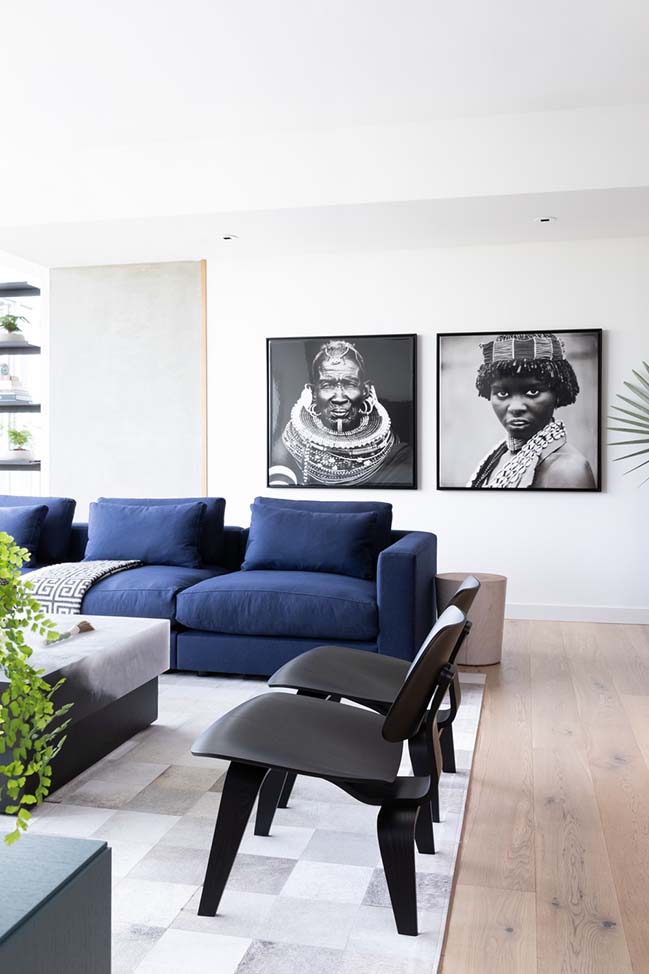 From the architect: Completed in April 2018, the project infuses modern minimalist design, with touches of global eclectic flare, into an early 20th century brick and beam façade.

“We wanted to juxtapose historic industrial and clean modern design, with the latter being the underpinning of everything,” notes Ben Leavitt, Creative Director and Co-owner of the Vancouver-based design firm. “Despite the addition of some eclectic décor, the overwhelming feel of the space is still minimal and modern.” 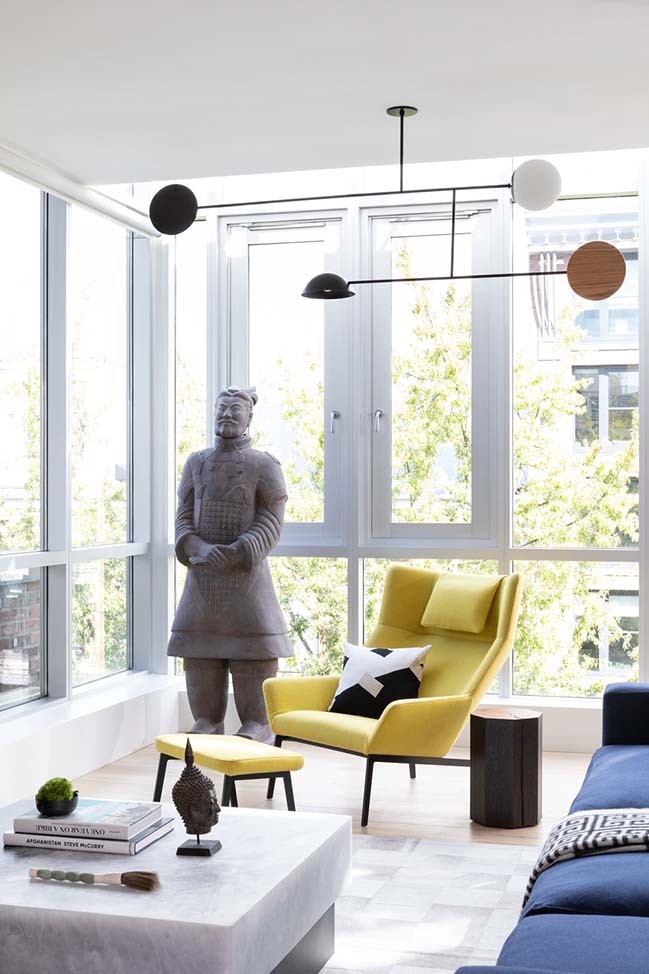 An internal focus
Perched atop the historic Terminus Hotel, built in 1901, the penthouse apartment was constructed as a rooftop extension in 2008, forming part of a revitalization project to transform a piece of historic Gastown into a vibrant residential and commercial neighbourhood. Bordered by mountains to the north, Vancouver’s downtown skyline to the south and the Pacific Ocean to the west, the penthouse’s glass-walled external façade already provided breathtaking vistas and abundant natural lighting to its occupants. Internally, however, the vision for PlaidFox was clear: convert a bland interior into something sharp and personable that would be representative of Gastown’s current vibe.

“Combining the modern with the ancient is a reflection, in some ways, of the home itself,” says Leavitt. “Water Street is currently one of Vancouver’s trendiest design stretches, and our goal was to create a space that embodied both the lifestyle of the client and the character of the neighbourhood, both past and present.” 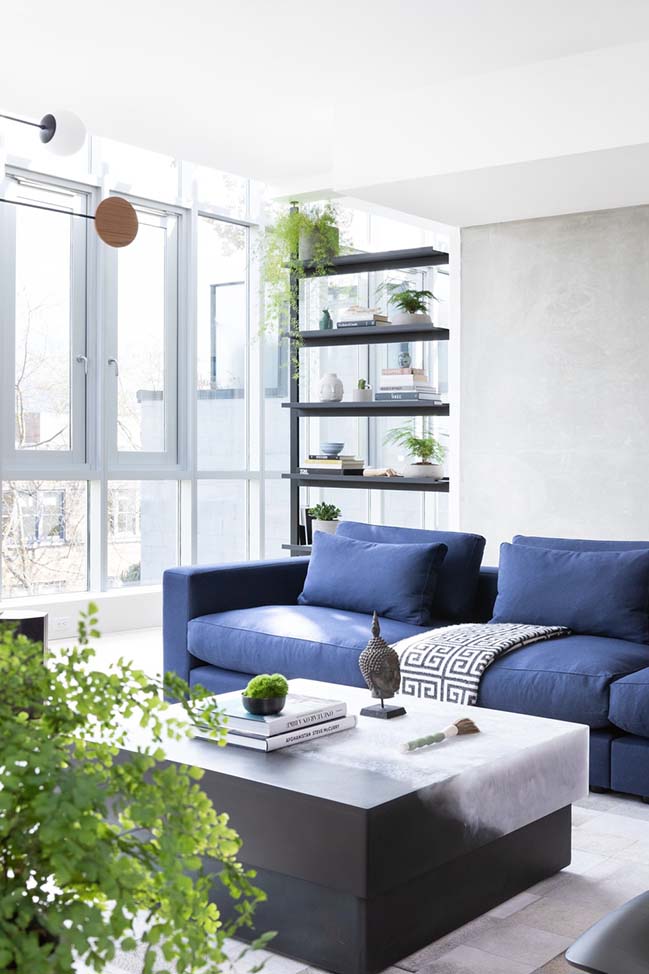 Building a vision
The PlaidFox approach to every design begins with a heavy focus on profiling, consisting of extensive interviews with clients on a variety of topics. The firm has developed a questionnaire of approximately 65 questions aimed at establishing a clearly defined vision, combining a client’s understanding of design and construction with input from personality tests.

“The various questions and assessments reveal a true personality, as opposed to what might emerge from just a quick conversation,” explains Leavitt. “Once we have that profile, we’re able to build a proposal that is grounded in a clear understanding of the client’s lifestyle, interests and preferences.” 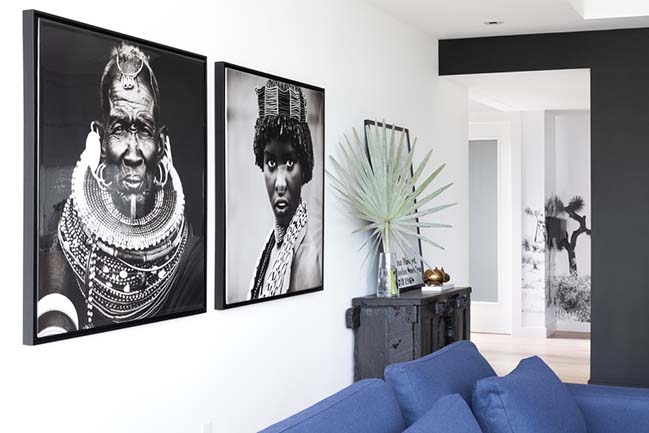 In the case of the Gastown penthouse, the project was commissioned by a couple with a busy social schedule and a passion for travelling. In profiling the clients individually, the firm was able to establish that one partner harboured a preference for a more global eclectic mix of colour and maximalism, while the other leaned towards cool, clean and modern minimalism.

“Rather than emphasizing those stark differences, the challenge of marrying maximalist enthusiasm with minimalist sensibility inspired us to keep things layered and interesting,” notes Leavitt. “We began by carving the spaces down to the basics, then we embarked on a journey to enliven each space with unexpected personality.” 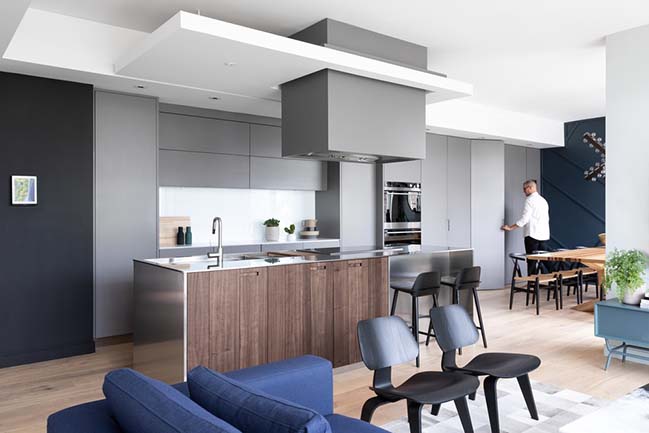 Harmonized juxtaposition
Rooted in the fundamentals of clean, modern minimalism, the finished product features a uniquely eclectic blend of the couple’s combined styles, as well as elements paying homage to the penthouse’s historic setting. In recognition of Gastown’s traditional brick and beam construction, PlaidFox erected a brick wall in the master bedroom, while its open kitchen concept exudes a modern industrial feel. The dining room is endowed with intricate millwork that also provides a very clean, modern and fresh impression. In the spacious front room, a life-sized, 800-pound terracotta warrior statue stands guard over a global eclectic space, framed by Joshua Tree National Park wallpaper, African art and wall-mounted masks. An oversized Argentinian hide rug adds depth to the room and provides a minimalist platform for the addition of other shapes and forms.

“Life is short, so make it chartreuse,” says Leavitt. “In design, bold should always triumph over boring, and inability to take risks only leads to tragic conclusions.” 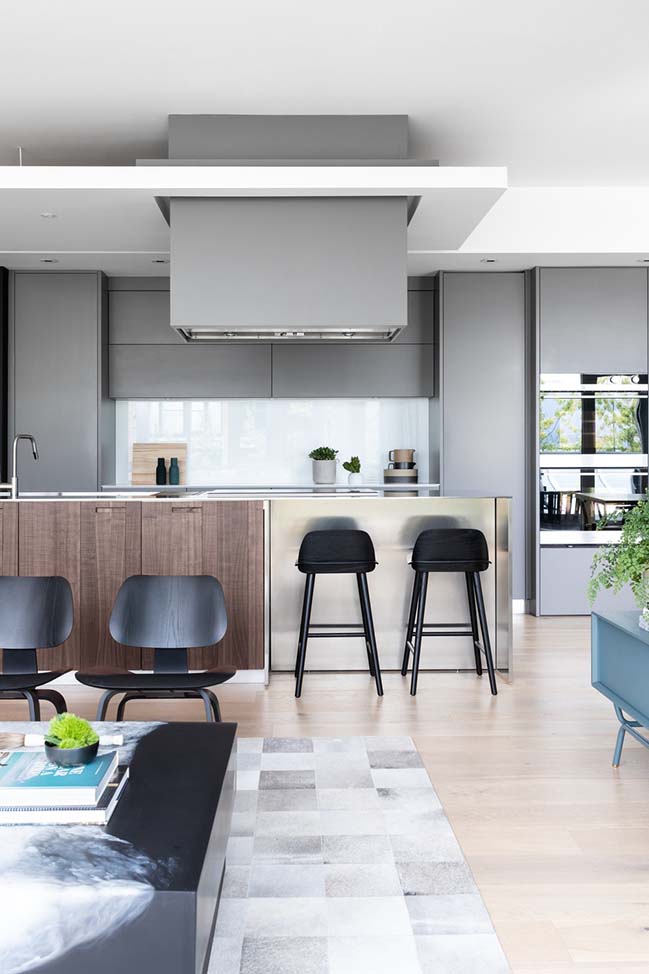 Trendy, big box design staples were bypassed in lieu of the genuinely historic and uniquely whimsical, including a custom-made Martha Sturdy coffee table, a bold lounge chair from Bensen’s ‘Park’ collection and a Mobile Chandelier from Andrew Neyer. A black B&B Italia bookcase was selected to showcase a gallery of authentic objects collected and sourced by the clients, including a crocodile skull, canopic jars, a zinc Buddha and a Jonathan Adler vase. 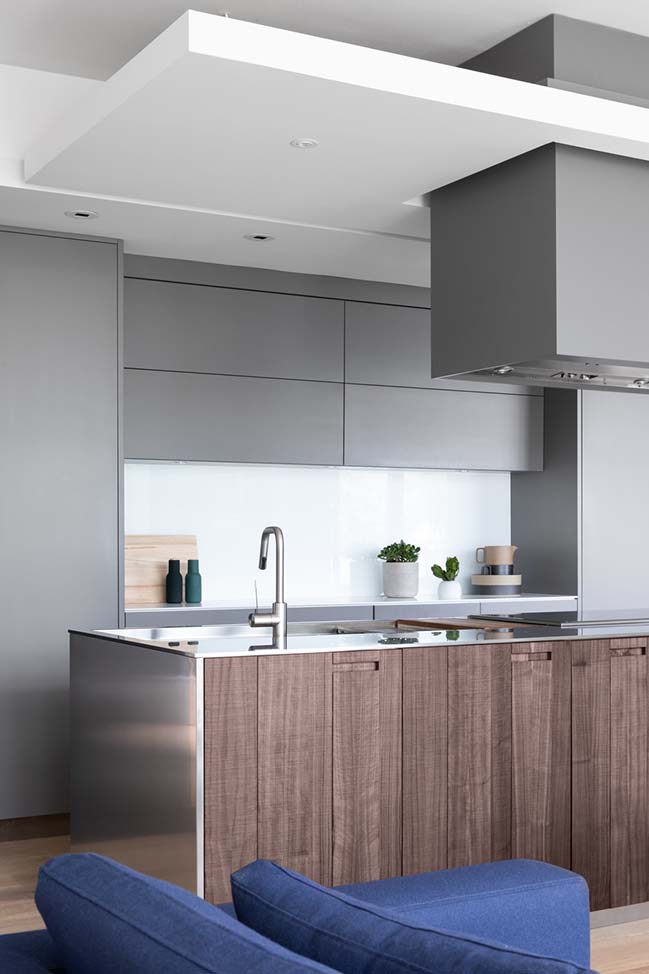 Externally, the project also included a 1,200 square foot open rooftop terrace, featuring unobstructed views of the North Shore mountains, cruise ship traffic and the downtown skyline. With the addition of a built-in BBQ, a large firepit and abundant vegetation, PlaidFox helped ensure that the space would be comfortable and functional for entertaining.

An attentive approach
“Many firms try to draw the client into their strengths, but we focus on getting to where the client is at, whether that means a farmhouse, modern, traditional or eclectic vision,” stresses Leavitt. “Once we understand where the client wants to go, we can take them beyond their expectations within that realm.” 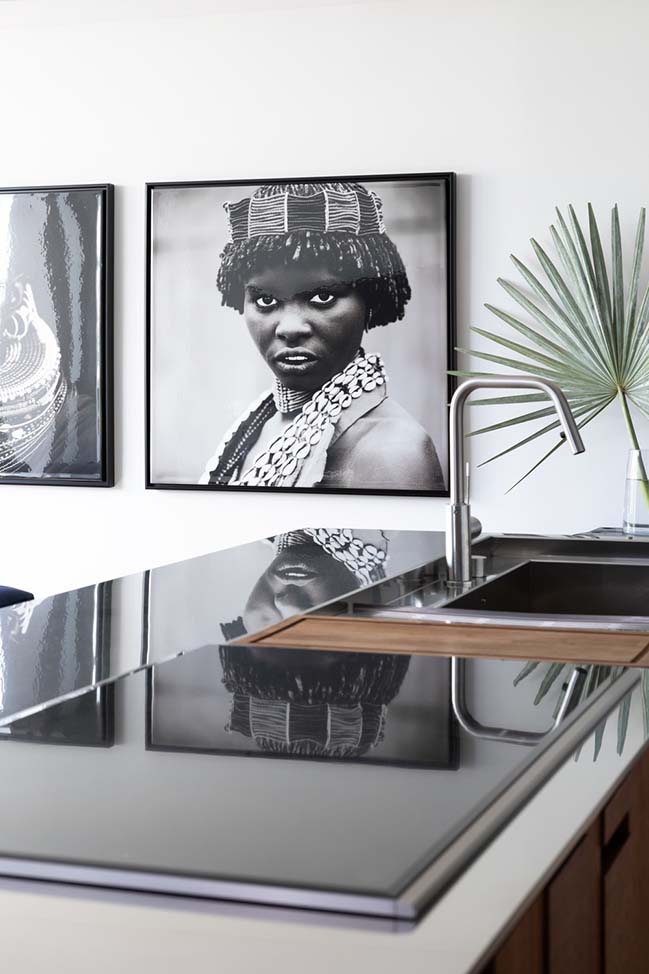 YOU MAY ALSO LIKE: Mayfair Penthouse by Maurizio Pellizzoni 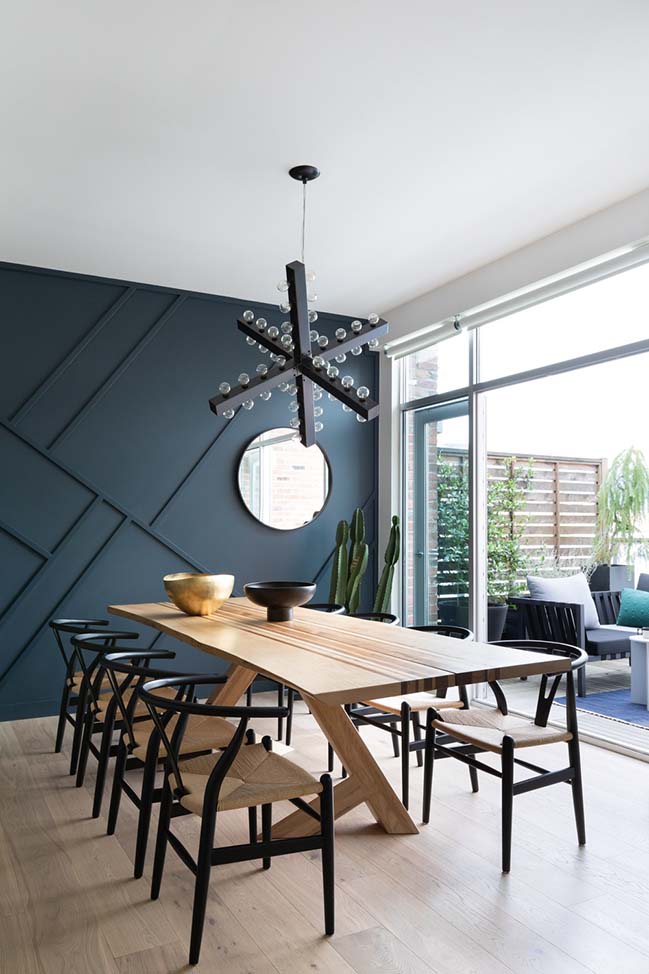 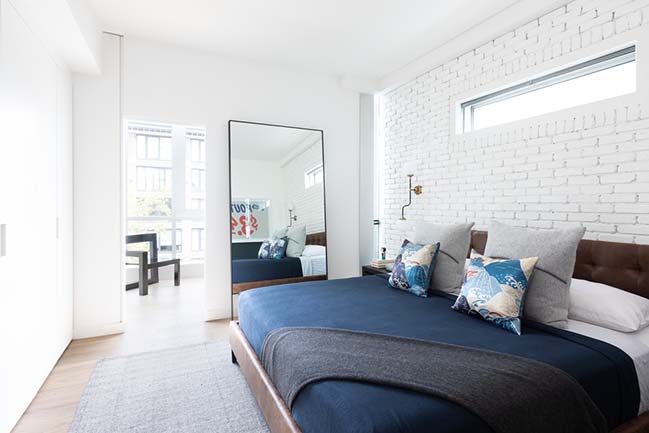 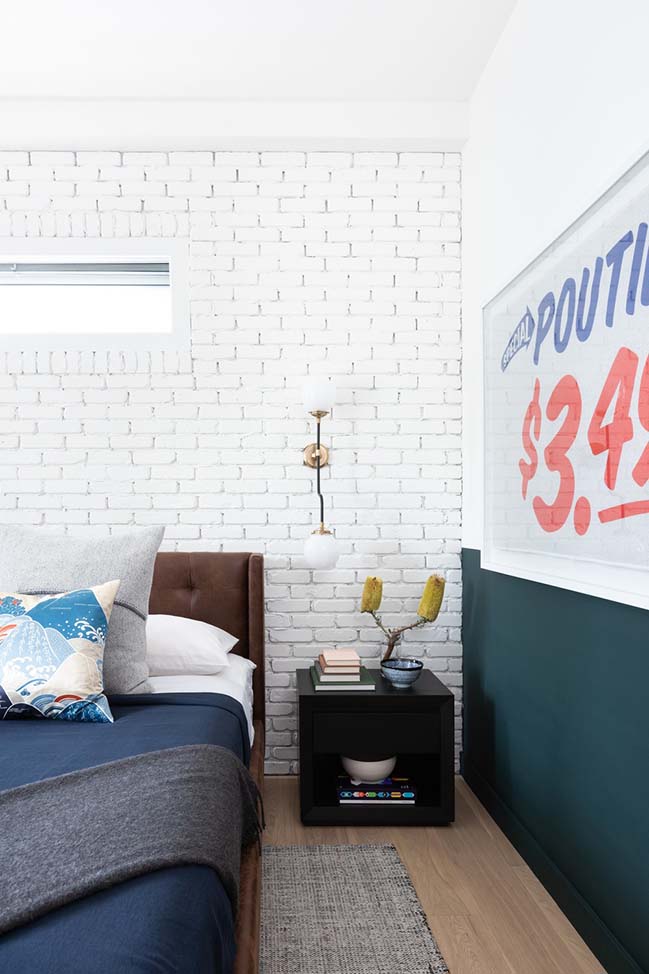 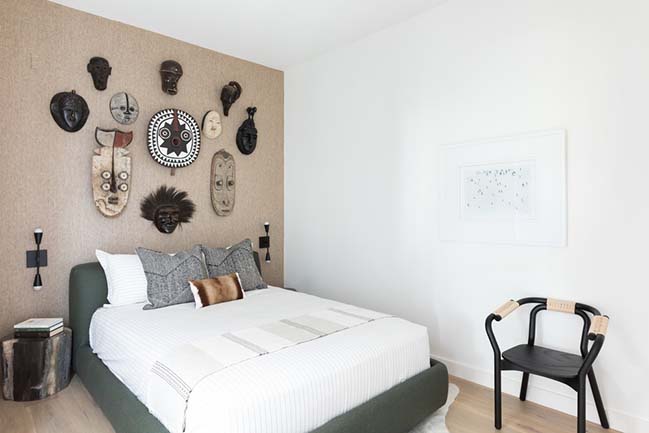 YOU MAY ALSO LIKE: Pearl Penthouse in Portland by Giulietti / Schouten Architects 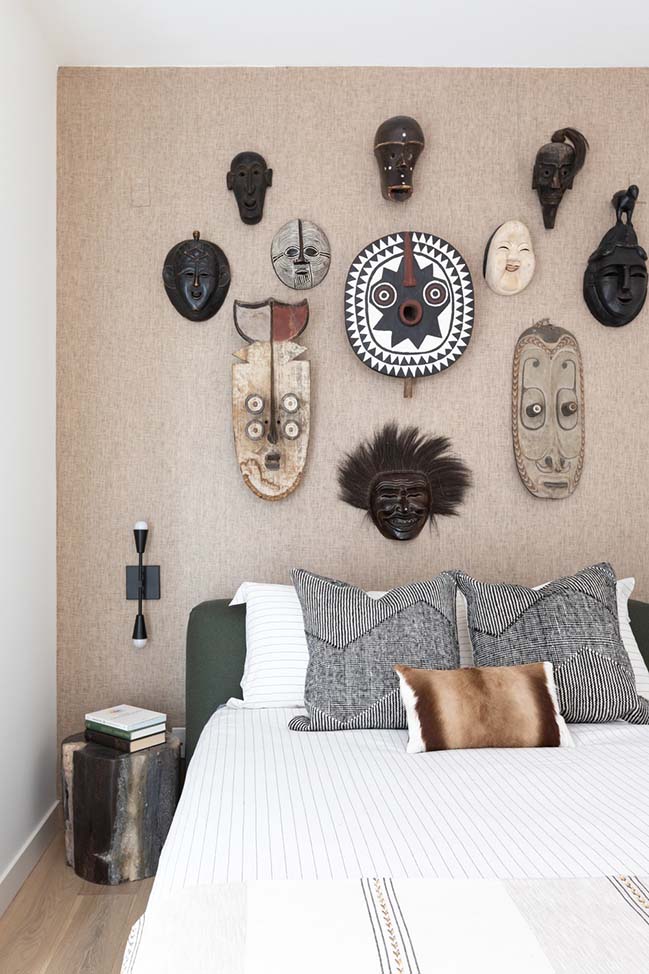 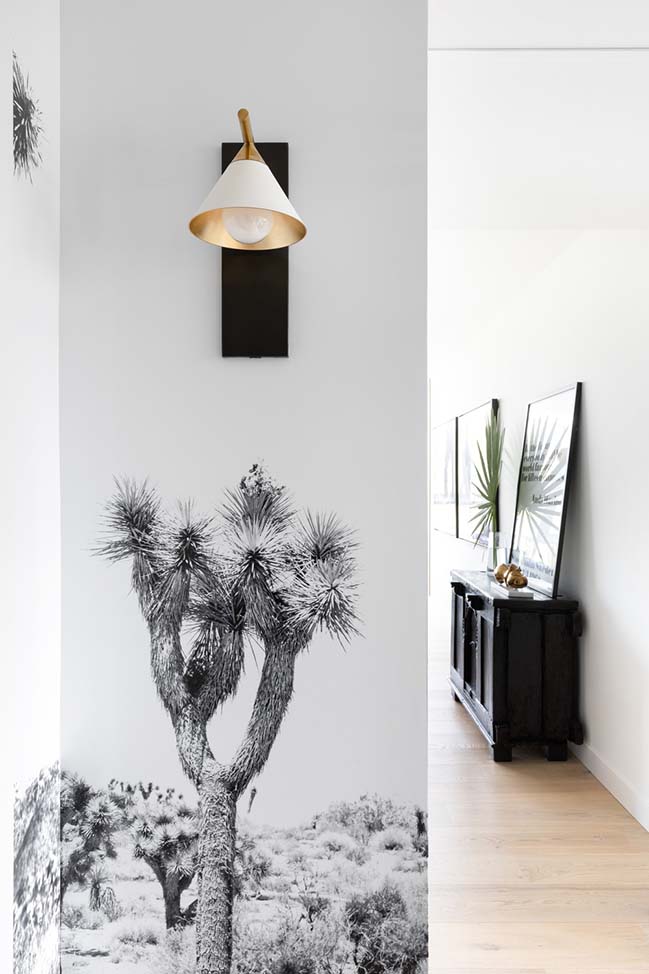 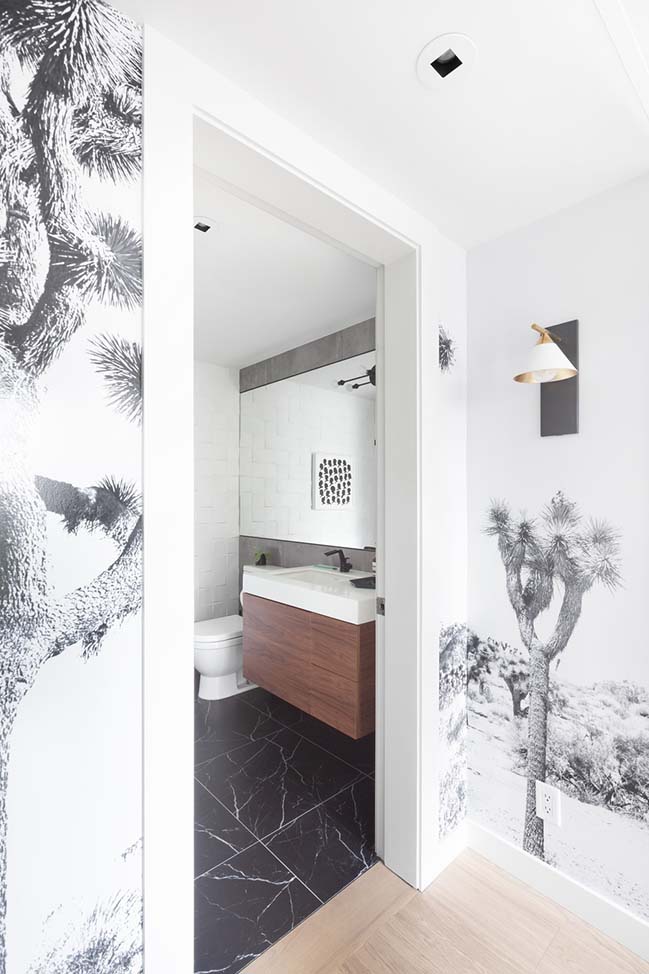 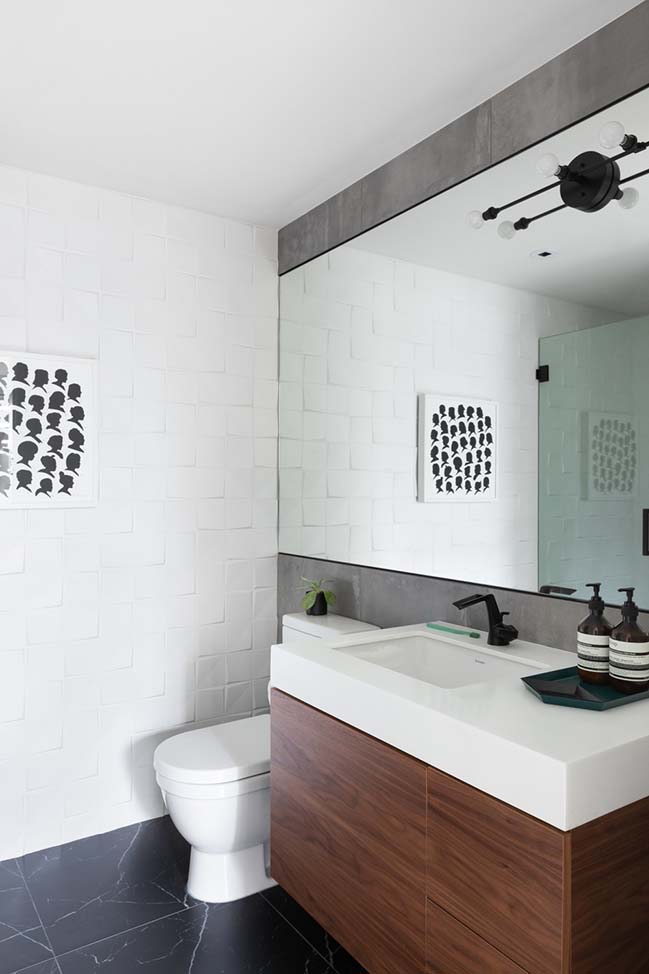 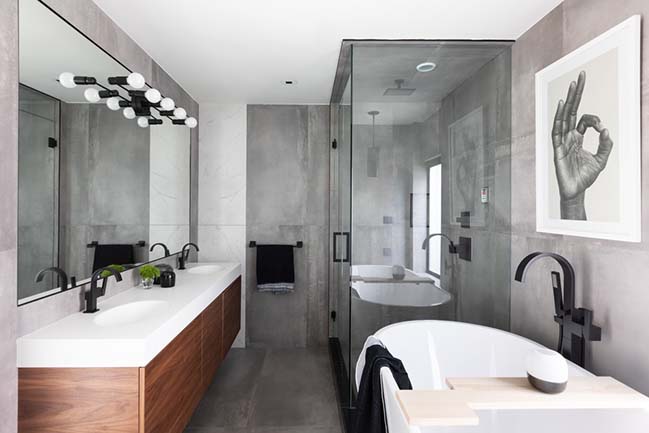 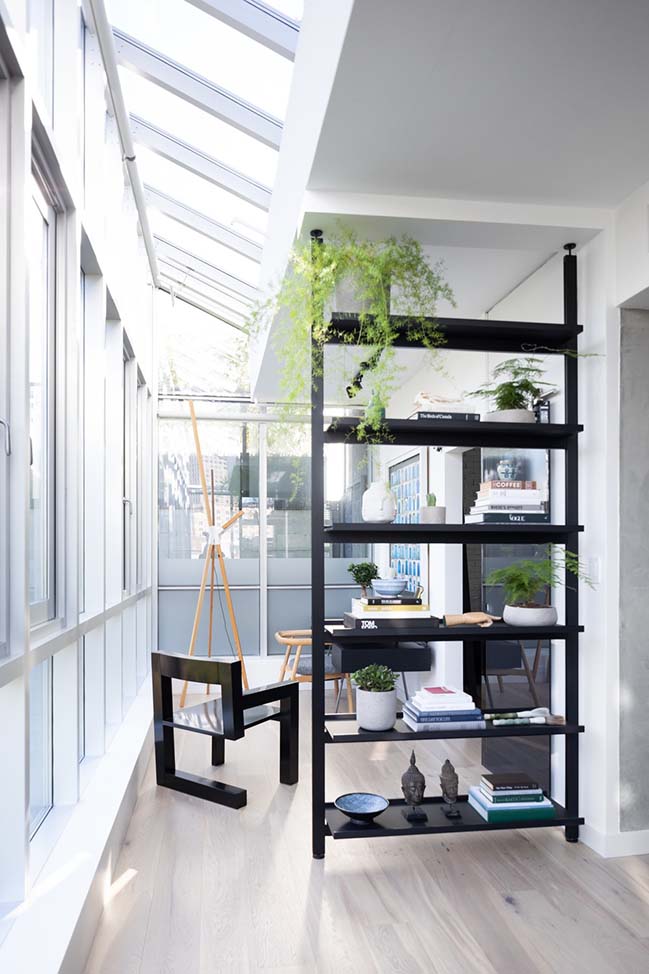 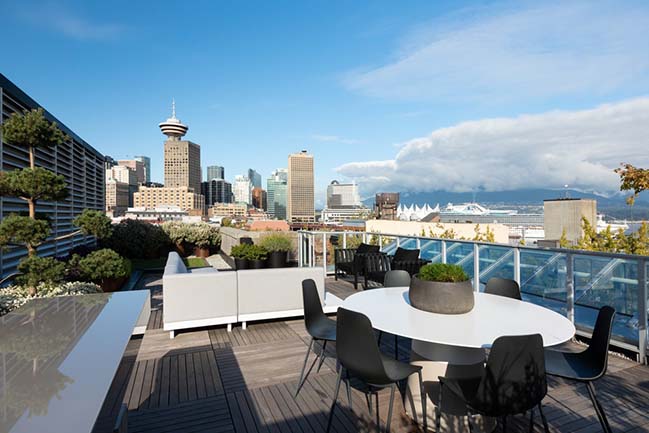 05 / 21 / 2019 PlaidFox is proud to showcase the remodelling and decorating of a 1,500 square foot penthouse in Vancouver's historic Gastown district