Design studio &Daughters has renovated a penthouse apartment in Vancouver, applying a youthful minimalism and playful injection of colour to the previously generic design. 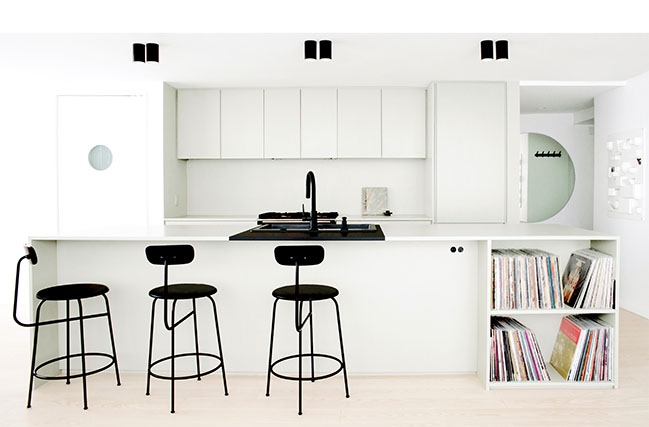 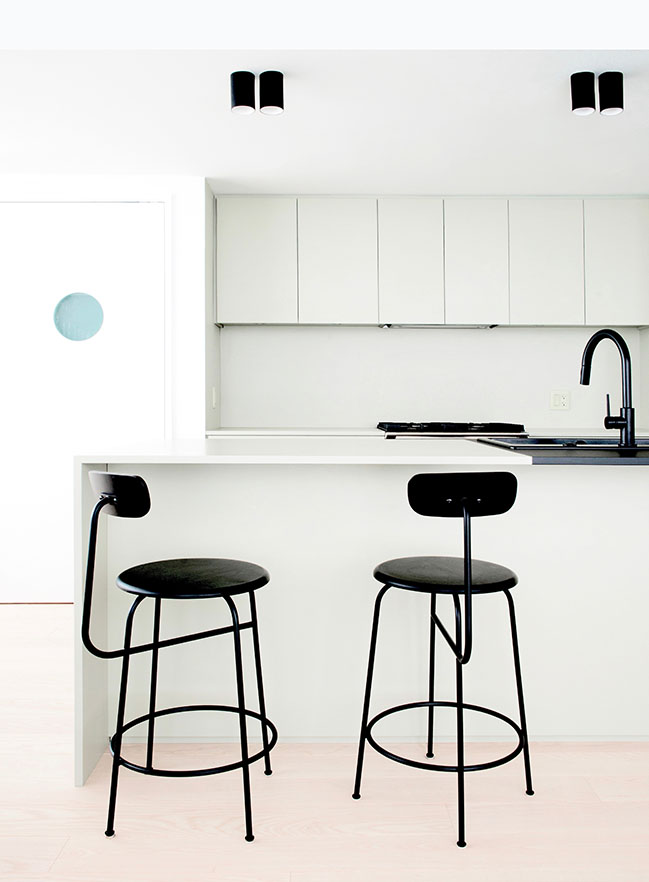 Project's description: The space, originally built in the early 2000s, occupies the top two floors of a tower in the dense and urban downtown core. A brief that included a demanding timeline, resulted in the decision to leave the larger architectural components in place. 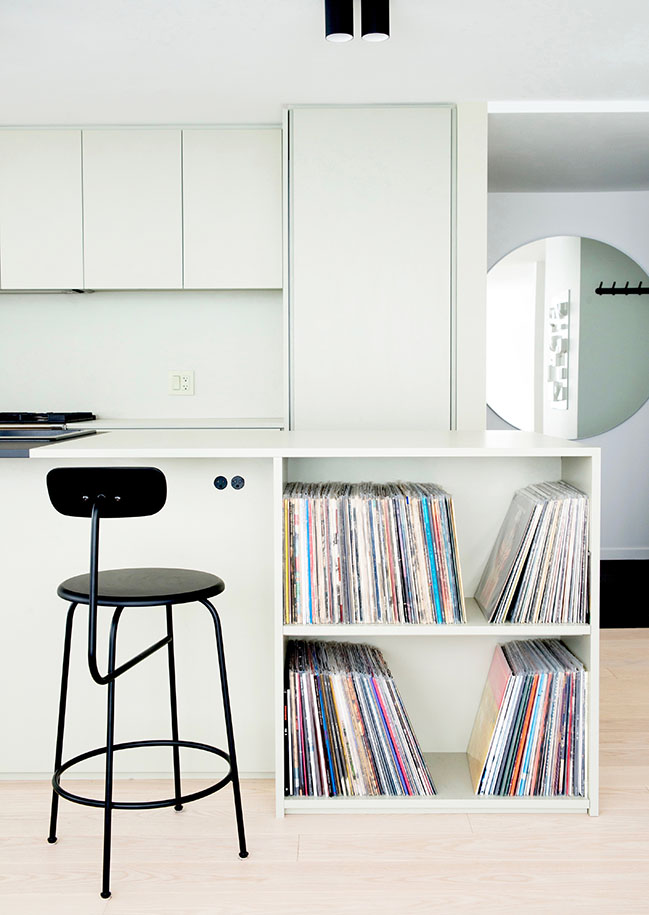 The project became an exercise in how to express the owners youth and character and reinforce the strong qualities of the space through materials. As a contrast to the often grey and overcast sky that the apartment occupies, the designers chose to work with distinct colour to bring a sense of light and nature into the previously dark and dated space. A shade of pale green became the catalyst for drawing focus to the relationship between the two levels within the space. 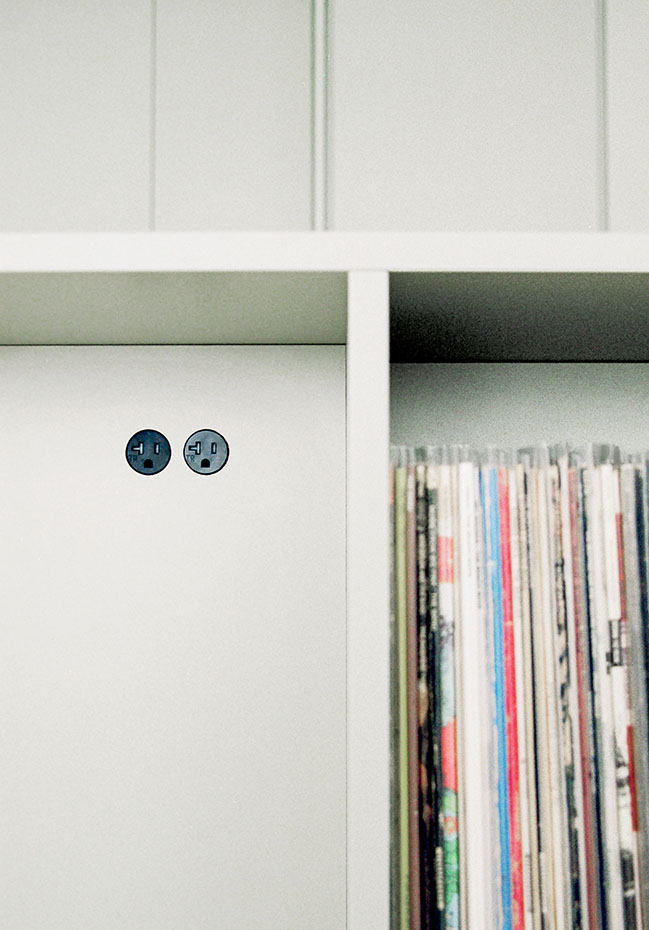 Using laminate, paint and wood stain, the design team brought definition to the apartment’s primary structural core which houses the kitchen services and the vertical circulation. A delicate and whimsical custom steel handrail, further delineates this expression, as it wraps its way up the stairs. The wide plank ash flooring was also treated with a very subtle wash of green on it’s run up the stairs. 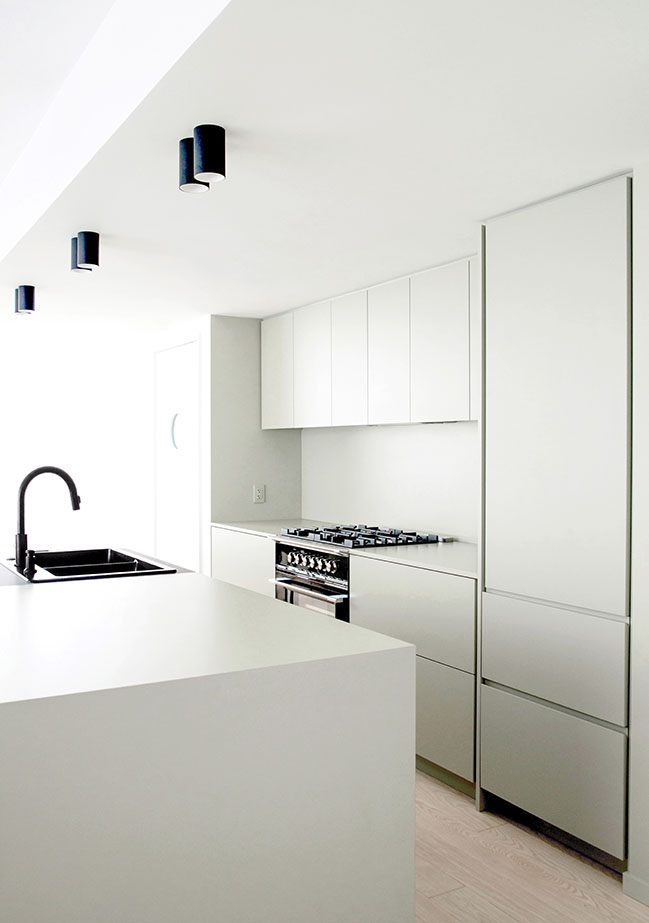 The design of the apartment’s two bathrooms was inspired by the existing conditions of natural light and the stark contrast that exists between these conditions in each space. The master ensuite is flooded with natural light as it is wrapped in floor to ceiling glazing. In this space both floor and walls are clad in light grey, almost cloud-like marble. 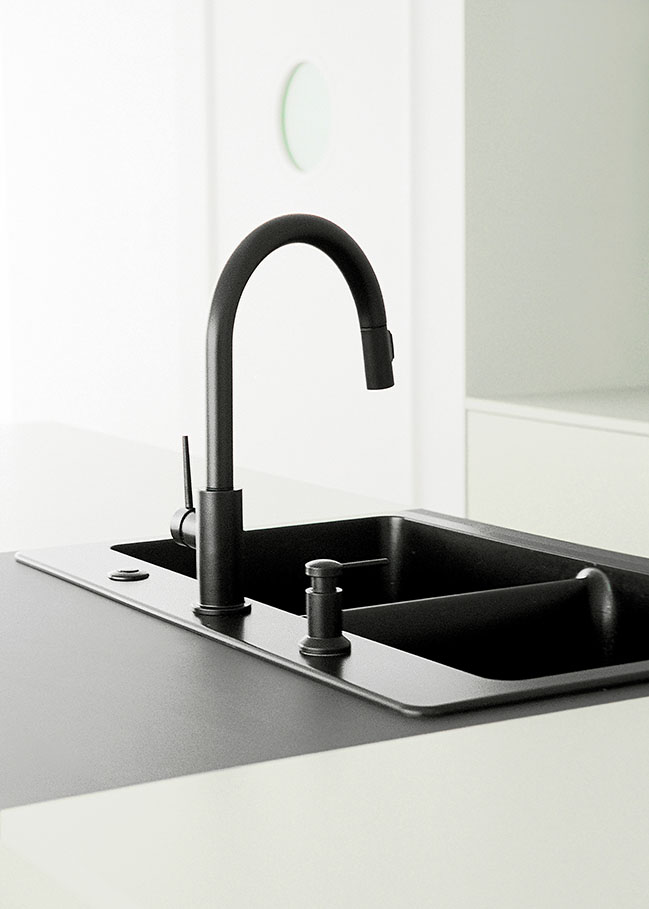 Openness is reinforced in details such as the double under mount trough sink and the shower bench which is open to the adjacent tub, doubling as a table surface. By contrast, the bathroom on the main level has no access to natural light. Rather than try to artificially reproduce a sense of daylight, the design team embraced this darkness and applied it relentlessly to the space. The walls and floor are covered in a thick, matte black mosaic tile and the vanity is a blackened hot rolled steel. Allhardware and plumbing fixtures are black and lighting is indirect and diffuse. 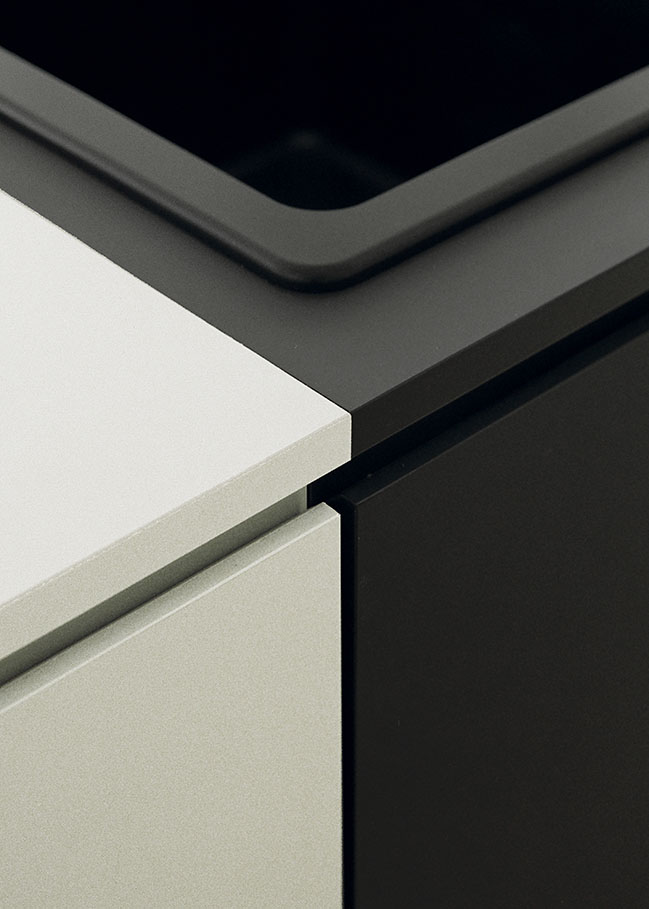 YOU MAY ALSO LIKE: Penthouse in Costa Blanca by Fran Silvestre Arquitectos 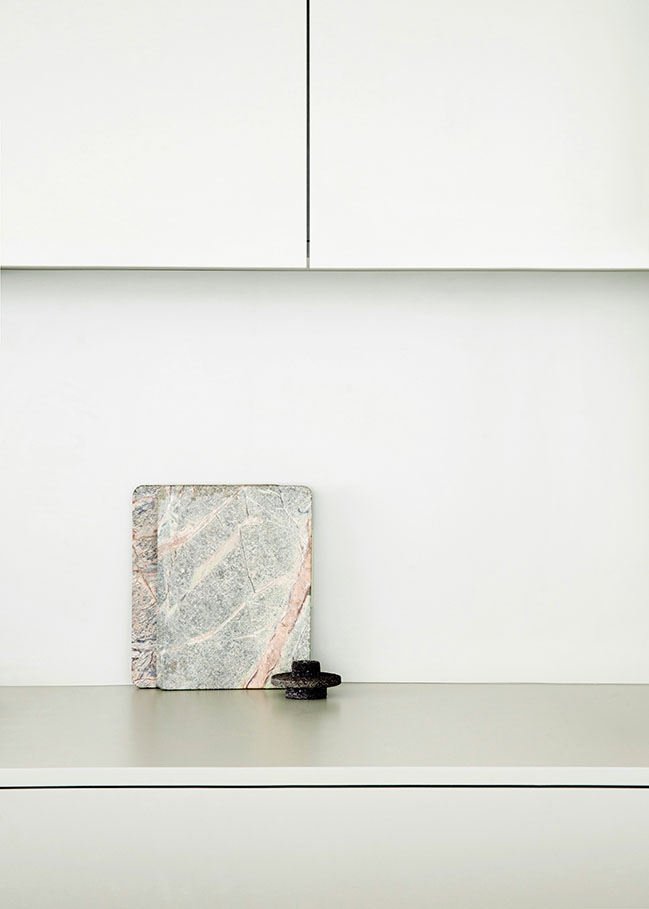 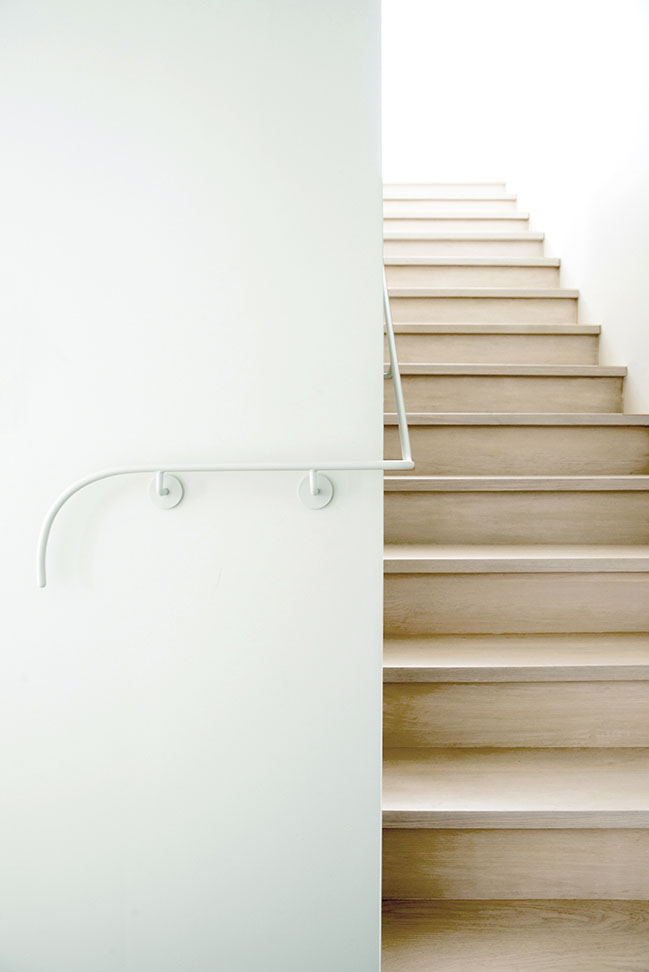 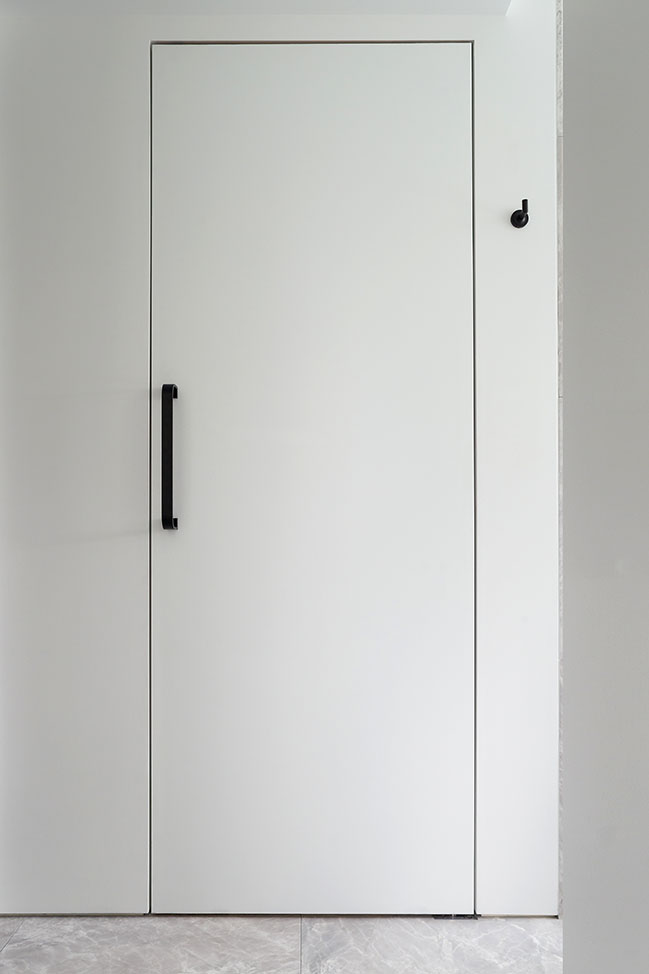 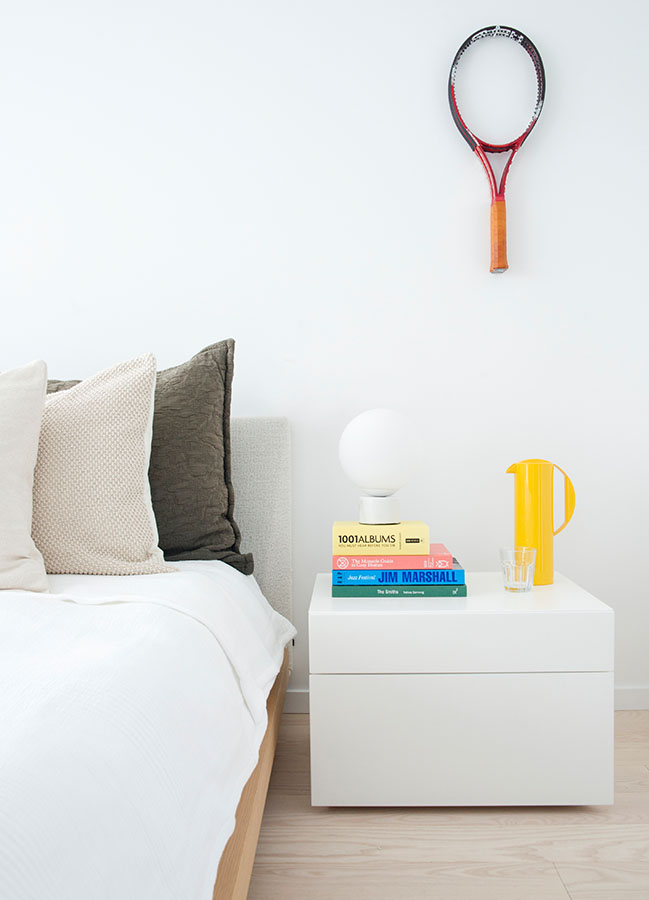 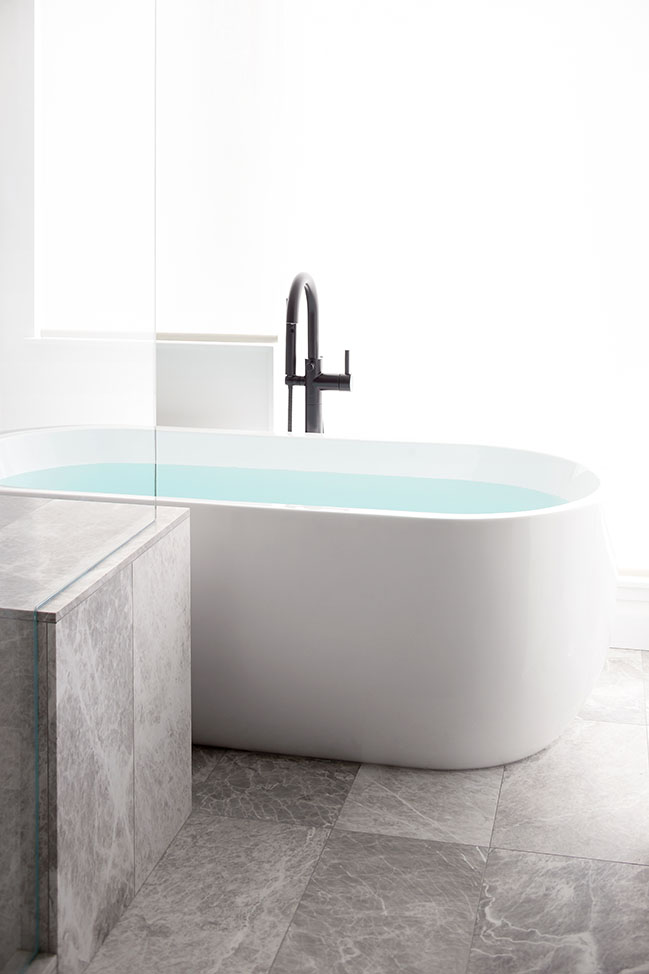 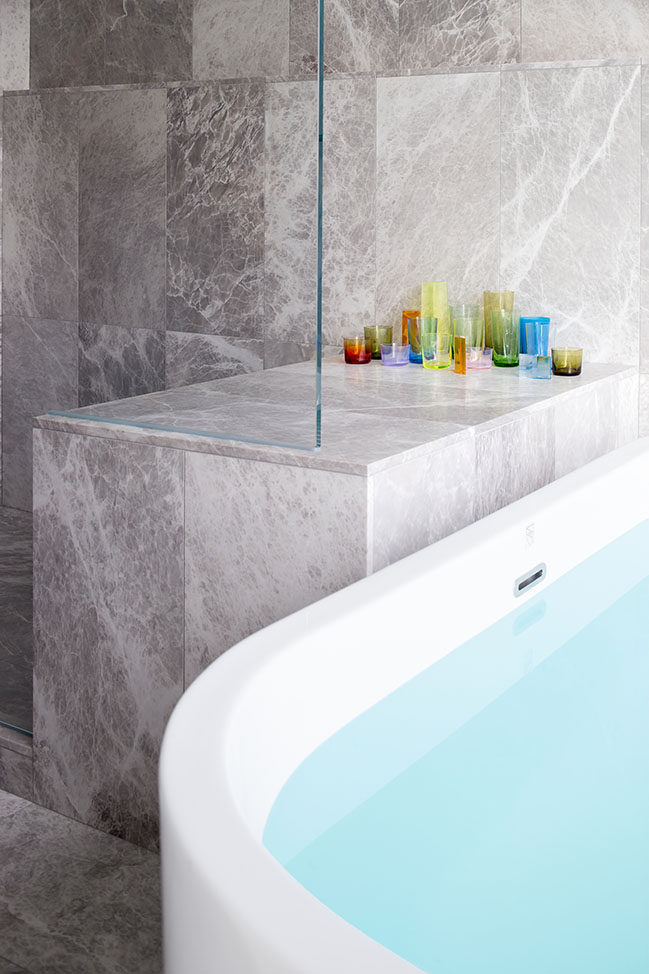 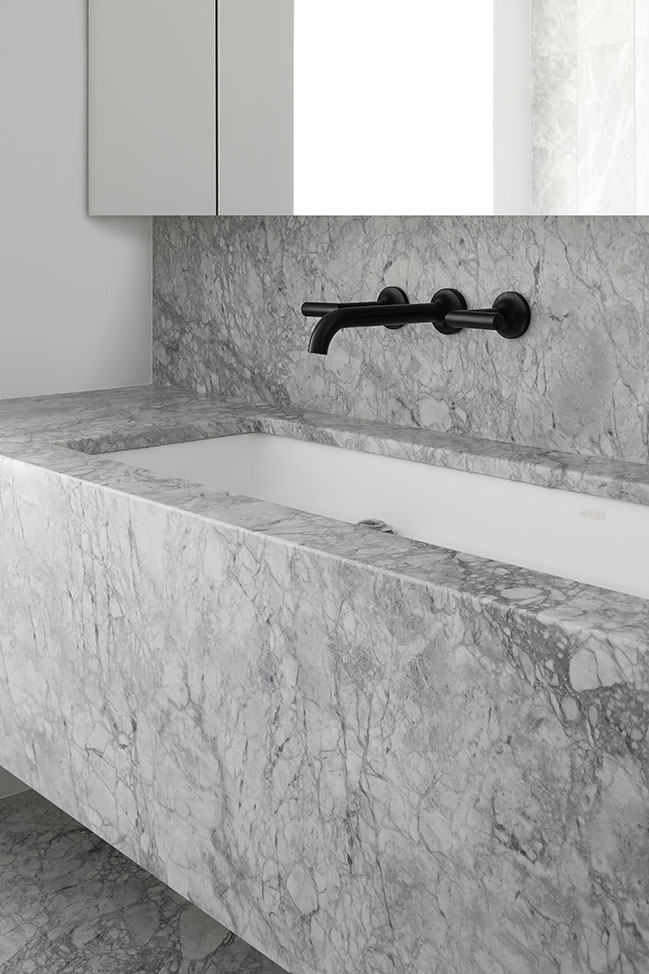 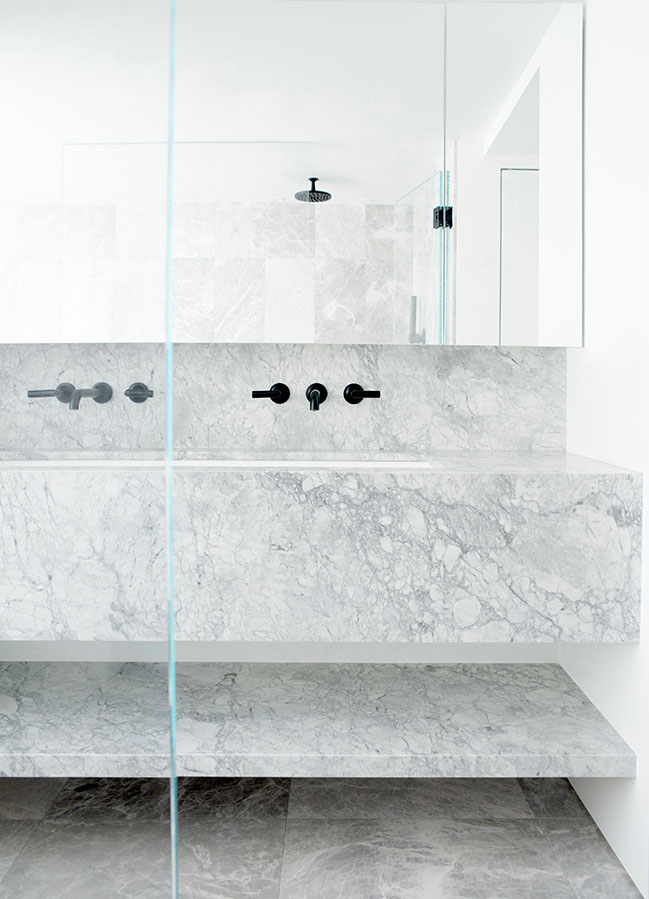 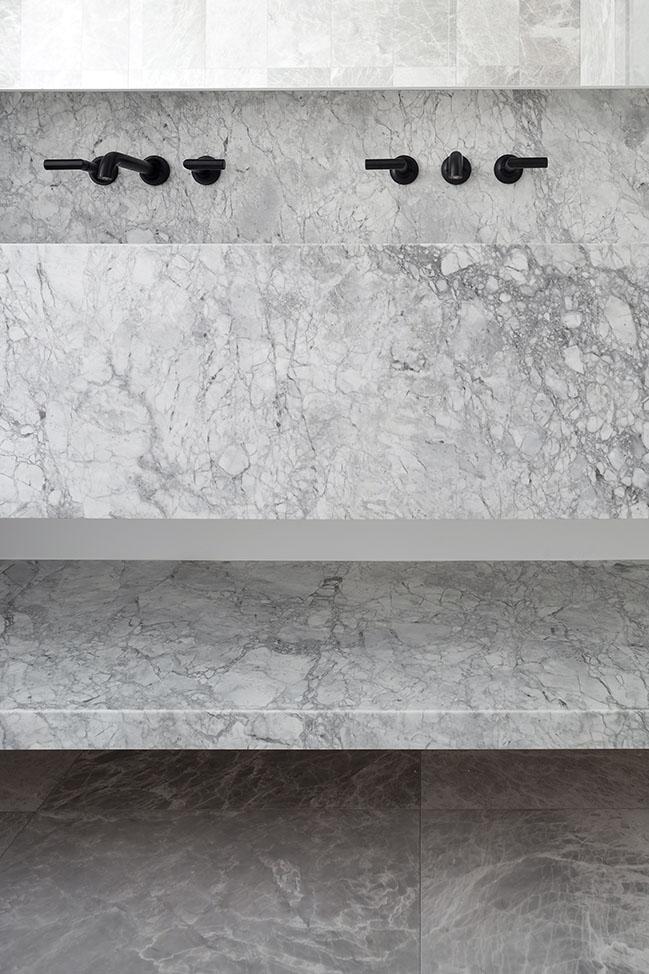 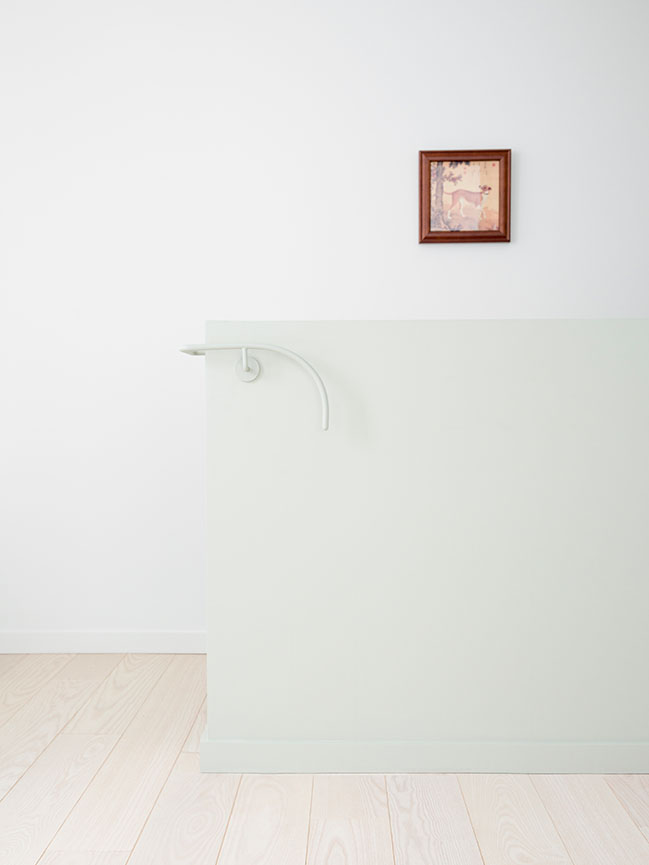 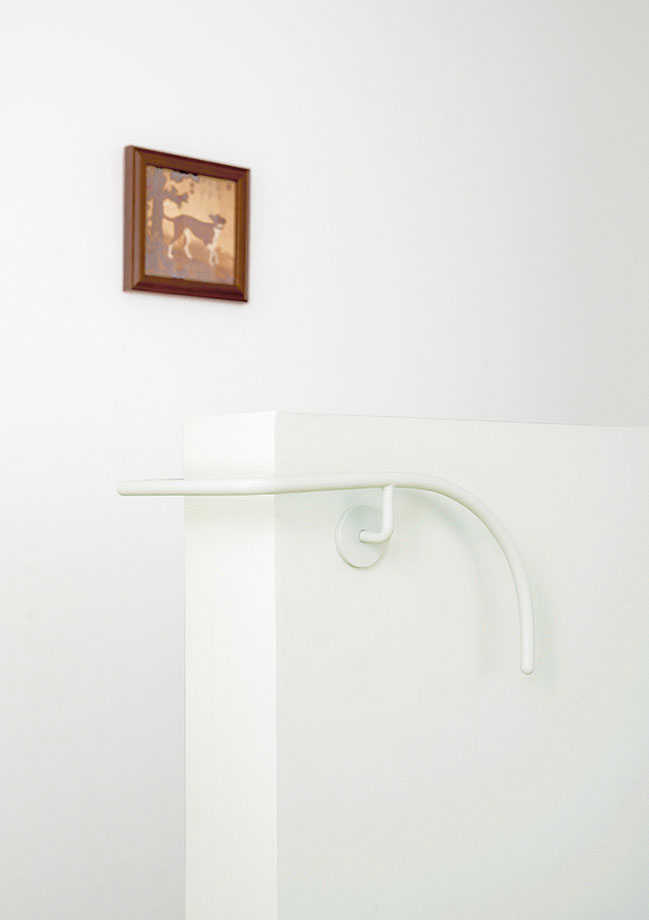 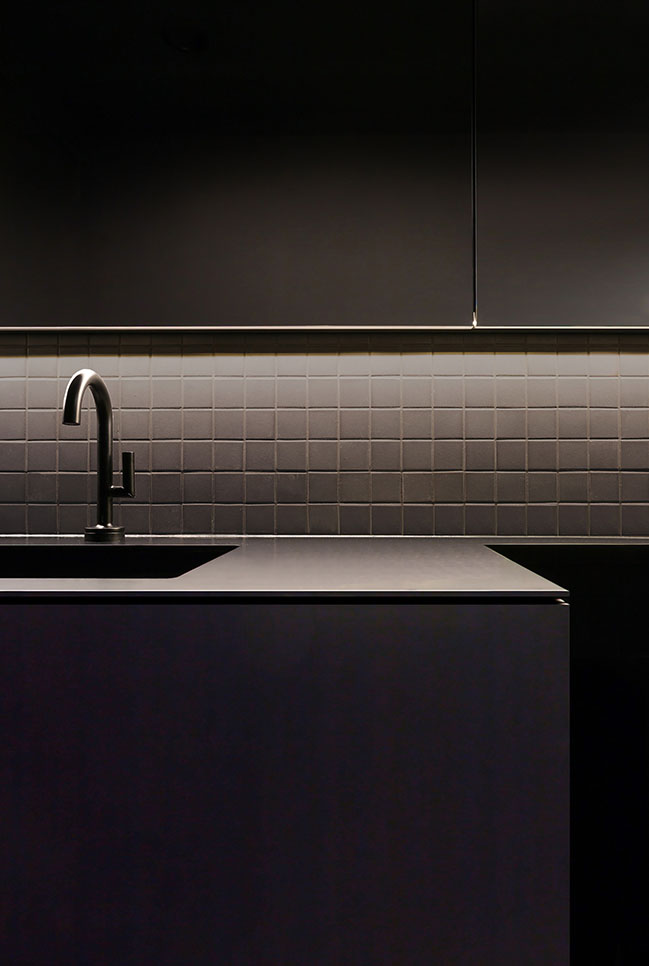 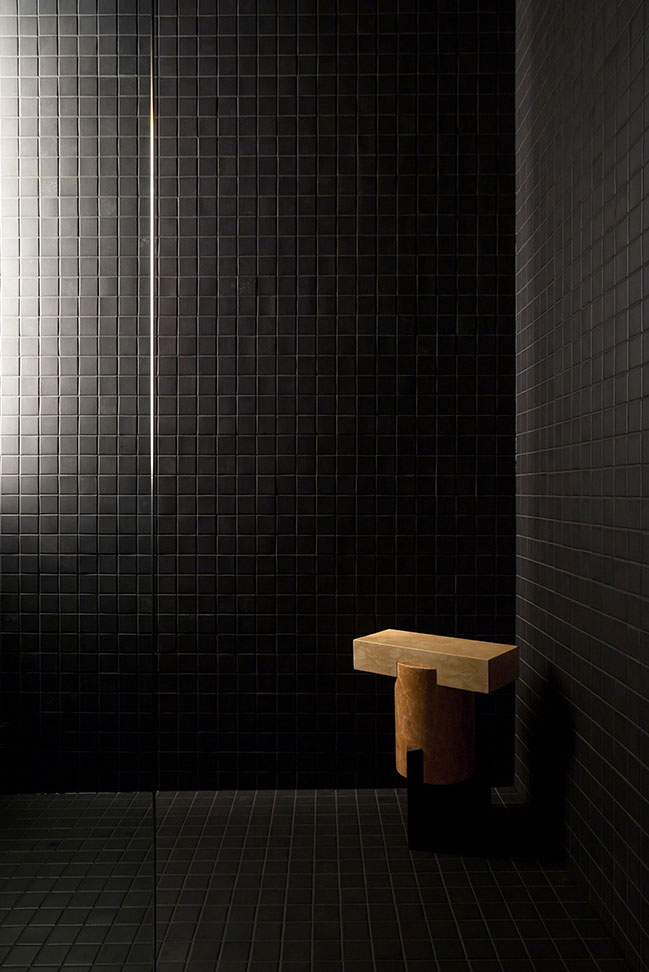 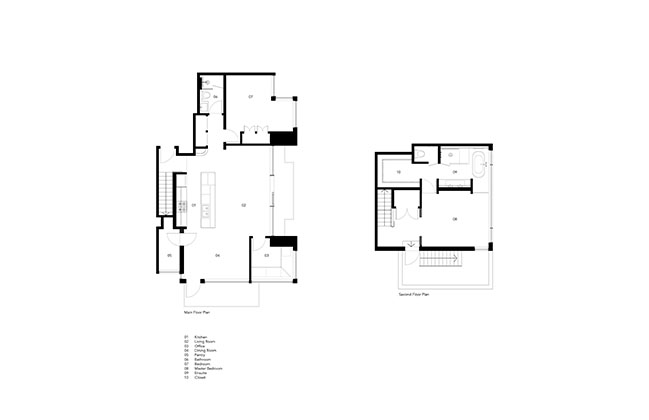 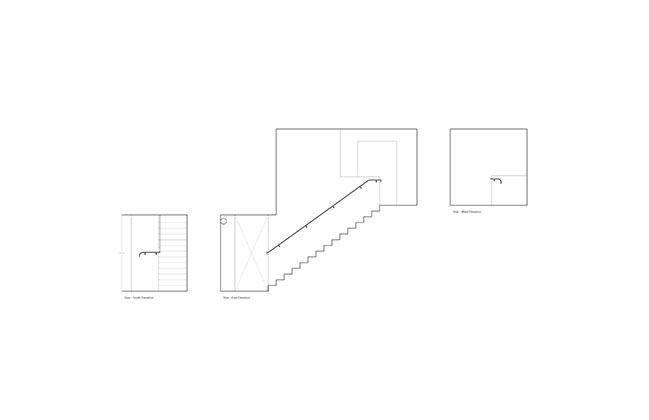 11 / 05 / 2020 Design studio &Daughters has renovated a penthouse apartment in Vancouver, applying a youthful minimalism and playful injection of colour to the previously generic design...