This luxury sky villa was renovated from a duplex penthouse to brings the encounter of nature and manmade environment within a courtyard on the roof terrace. 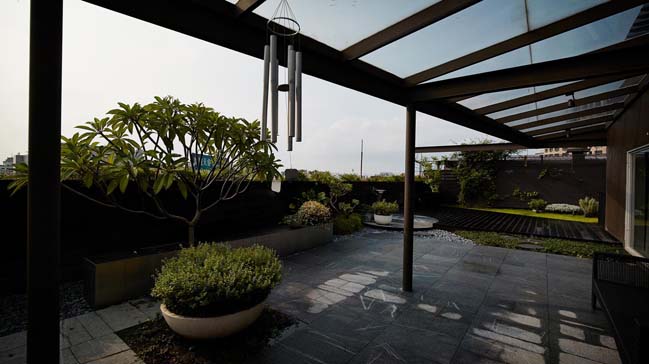 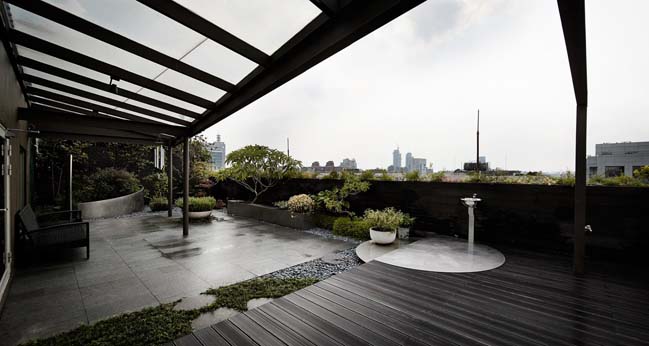 Project's description: The main layout remains the same, but two single bedrooms are converted into another master bedroom with a walk-in closet and an adjoining bathroom. Additionally, the upper roof floor is designed for a roof garden and a lounge space. 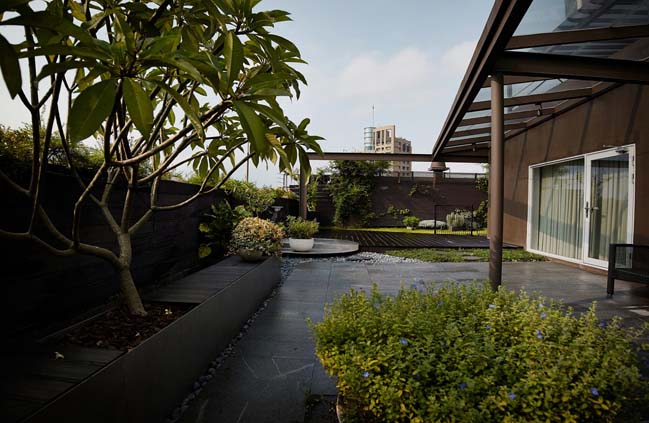 The most unique feature for this project comes from the idea of "sky villa", which brings the encounter of nature and manmade environment within a courtyard above the ground. To achieve this goal, one third of the roof was eliminated and replaced with a skylight through which light sprays all over the lobby and its surrounding area. The skylight is supported by a series of thin columns which also defines the edge of the lobby where furniture and plant pots are arranged in an organic order to implicitly guide the circulation without completely hiding the space behind. The lobby, as a courtyard of a villa, is treated virtually as an exterior space organizing the spatial configuration as well as regulating the nature into the interior. 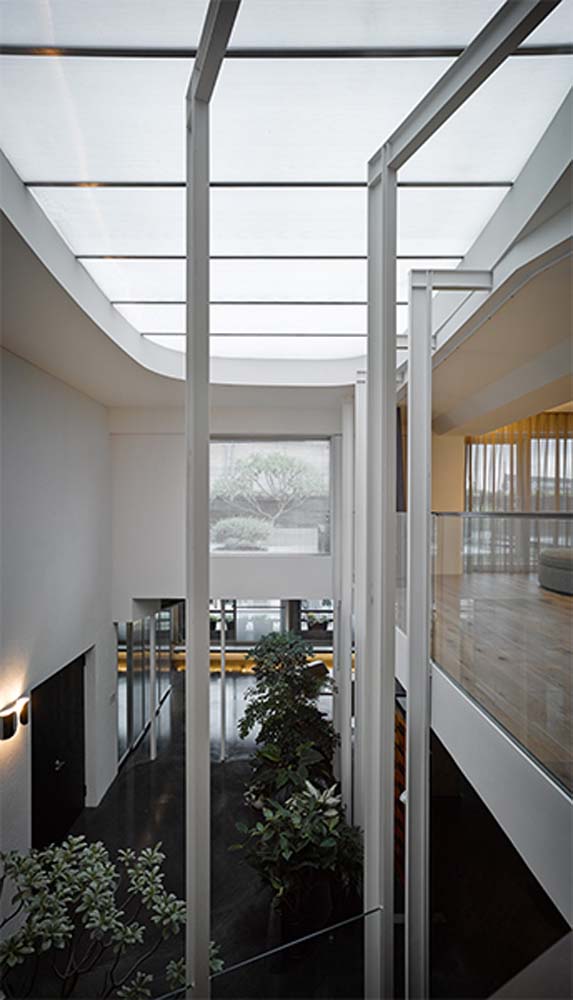 Besides the courtyard that plays the crucial element to regulate the space, the ceiling as well conducts the flow in the space. By removing the old ceiling and partially adding new ones, the original concrete structural material is revealed with more texture in contrast to the new added smooth white ceiling, as a dialogue between the past and the present, the old and the new. The newly added ceiling which hides the wiring facility splits into multiple layers to guide the dynamic meandering like passing circulation or sight movements, as well as enrich the spatial hierarchy by separating space into differentiated parts. In addition, lights are installed along the fracture of the ceiling to transform space into a furniture and merge the role between them. The design strategy by reduction rather than adding, such as the ceiling and illumination, sometimes brings even more attractive features that sit on the experiential edges. 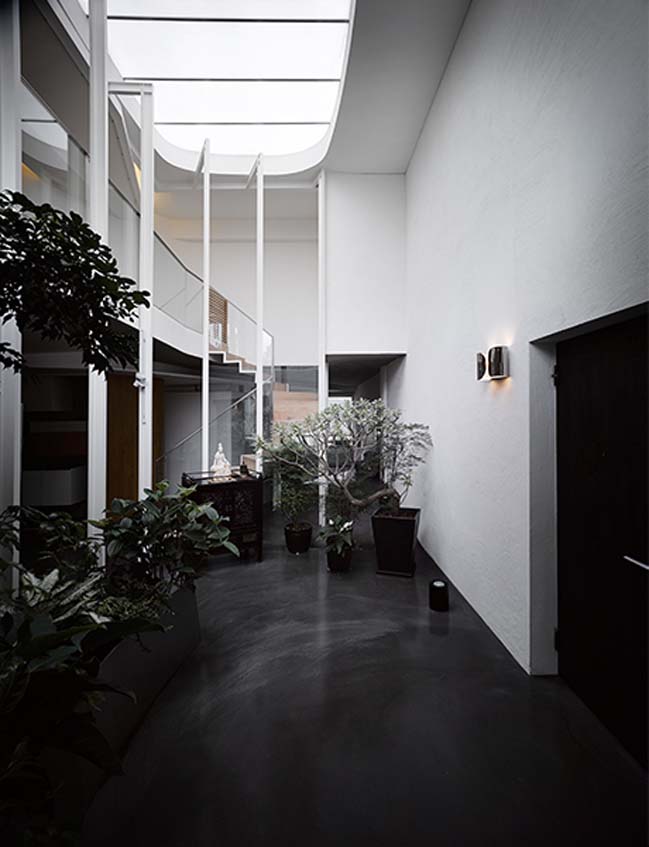 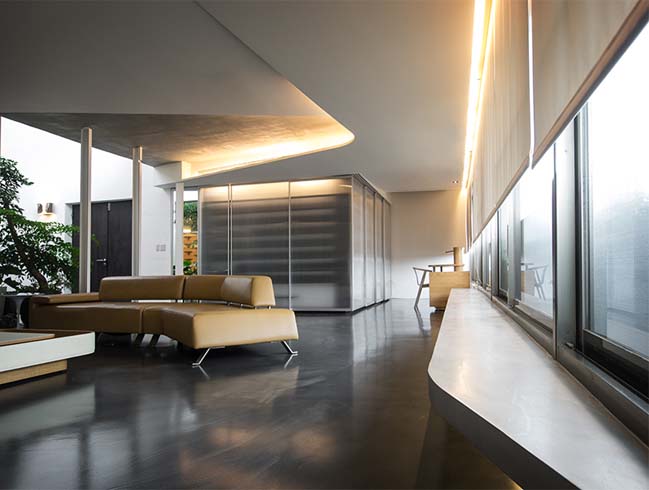 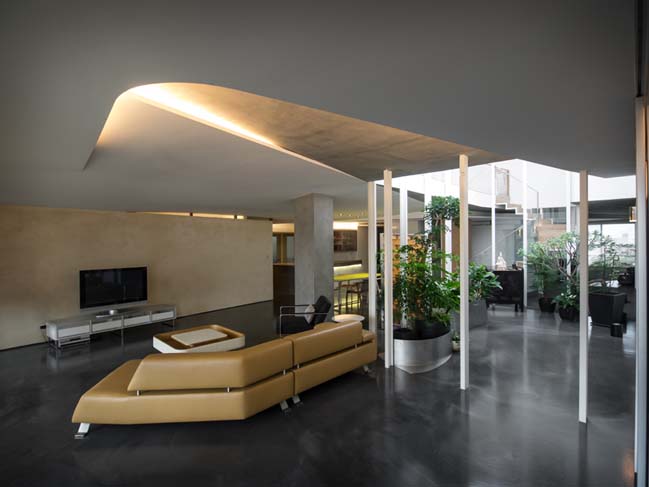 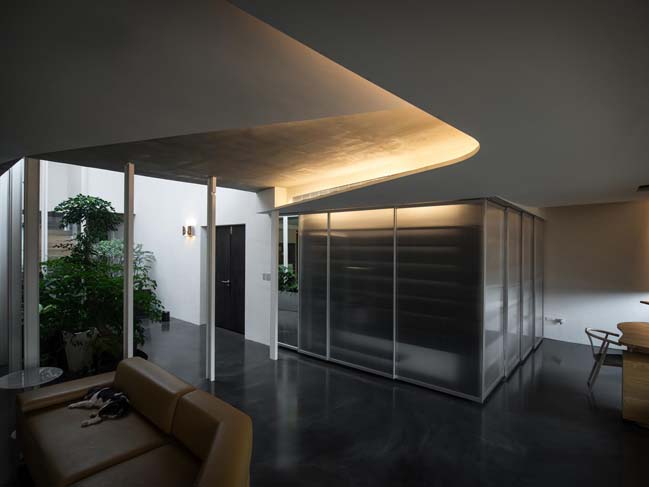 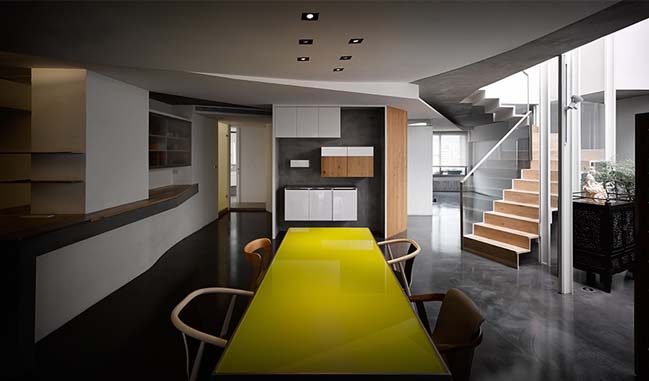 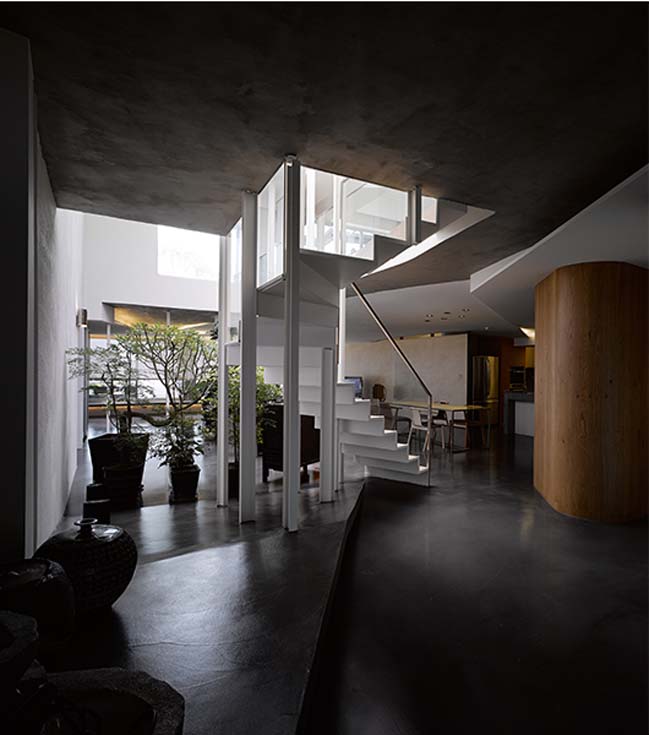 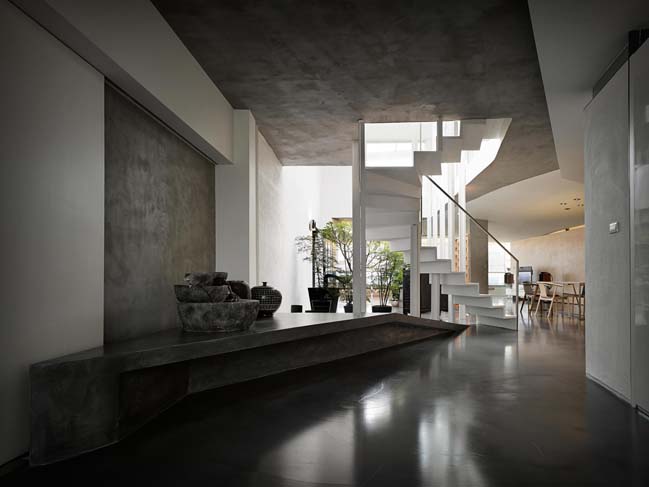 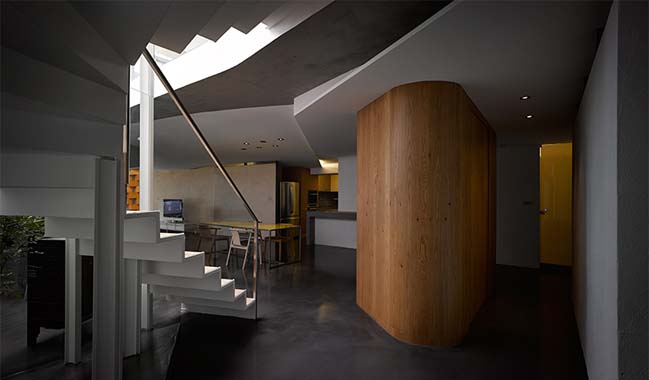 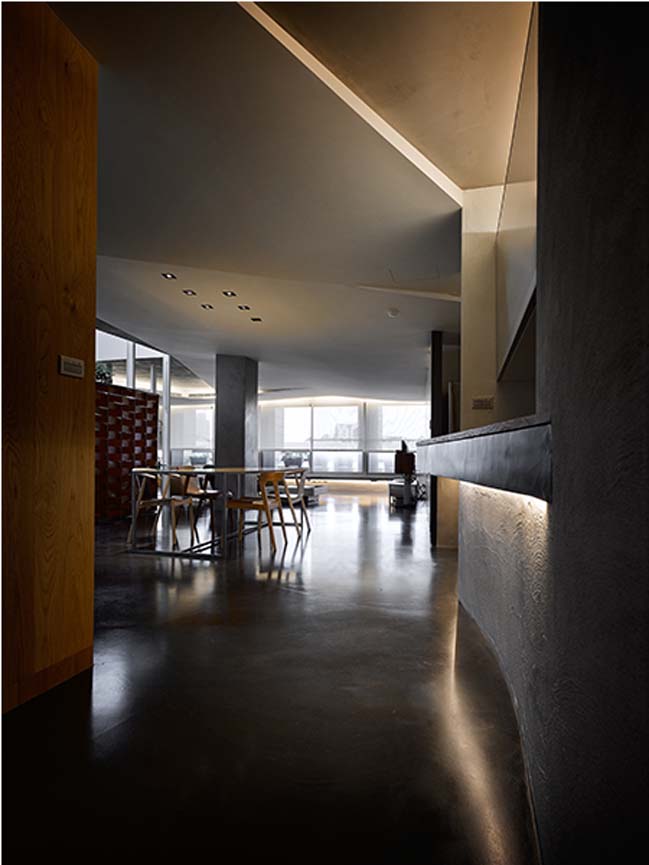 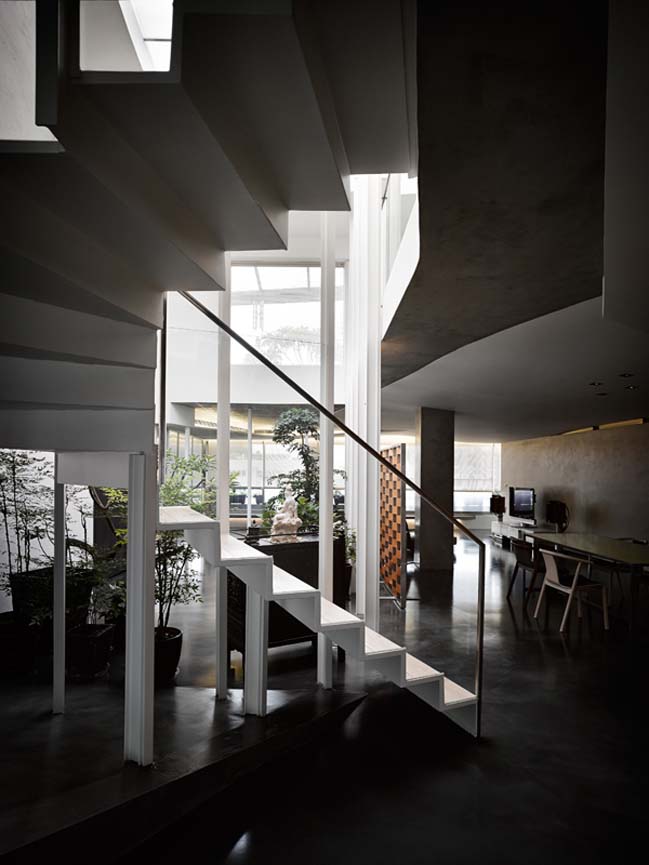 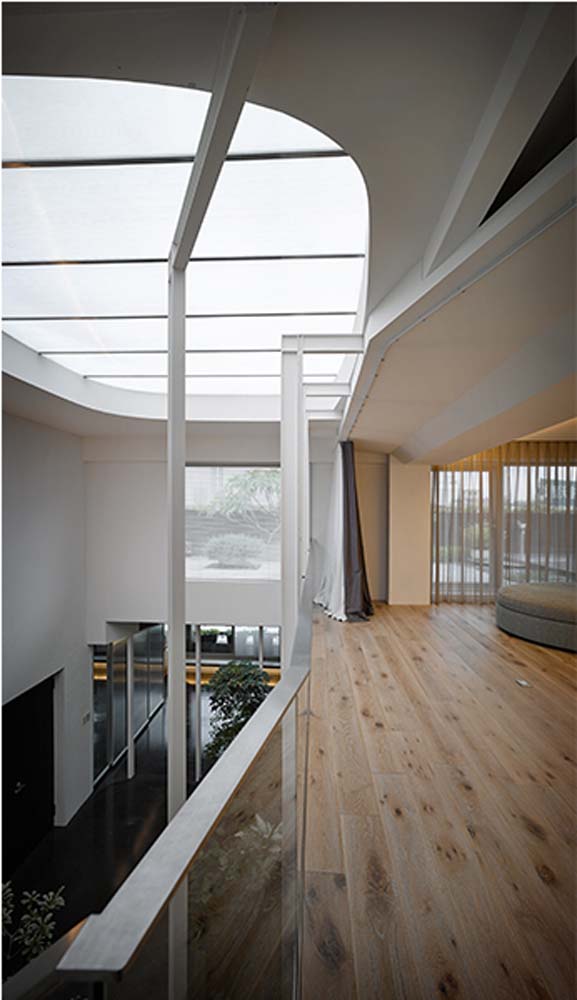 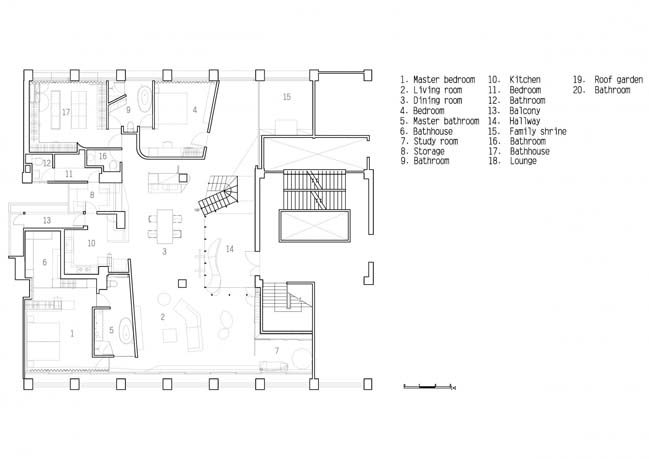 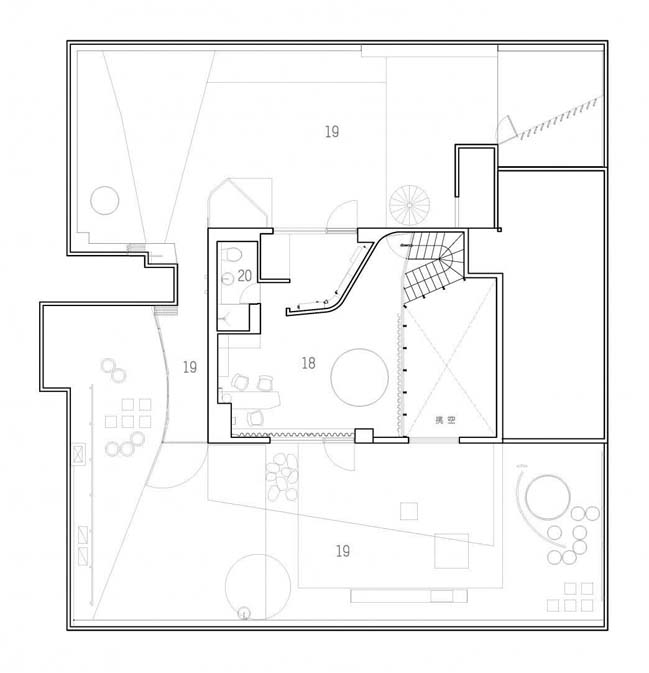