The house is an old stone building that was re-designed and planed by Henkin Shavit Architecture and Design in the old city of Safed, Israel. 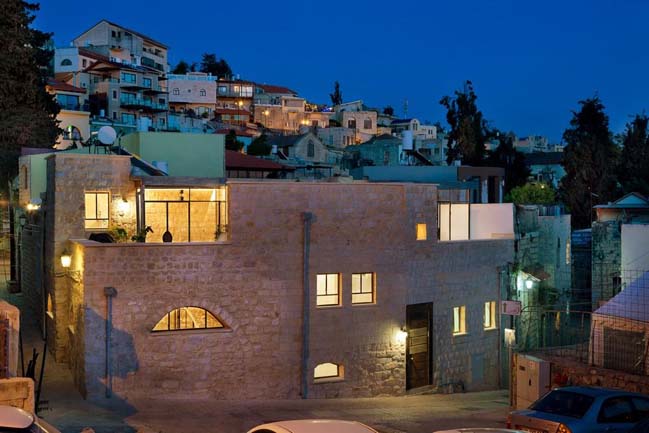 Project's description: The web of crowded housing of old stone buildings in the old quarter of Safed is a complex context dictating a dialogue between the old and the new, between preservation and renewal and between the traditional and the trendy. 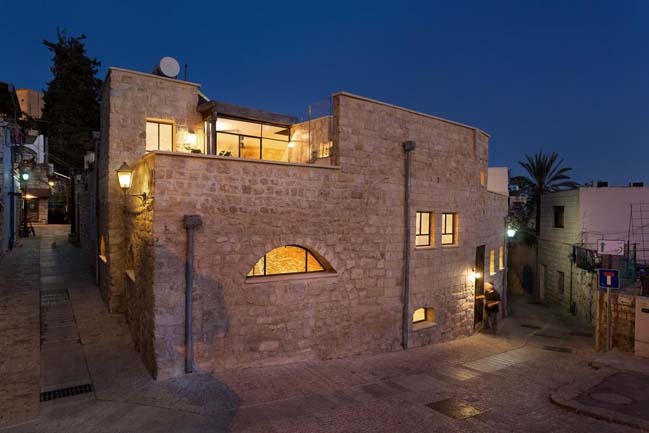 The house is an old stone building, built in the shape of the Hebrew letter "Chet" , surrounding and inner courtyard. In its original layout, it contains five levels: the wine cellar level, 3 residential levels and the upper level – balconies and outer spaces. 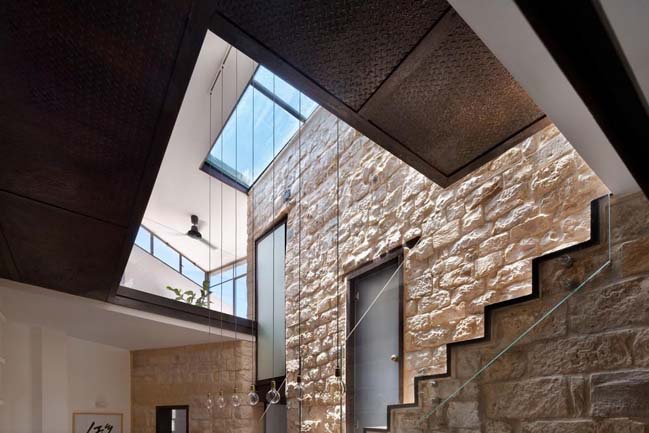 The planning concept included values of both preservation and renewal, while connecting between the inner and the outer and between the public and the private. 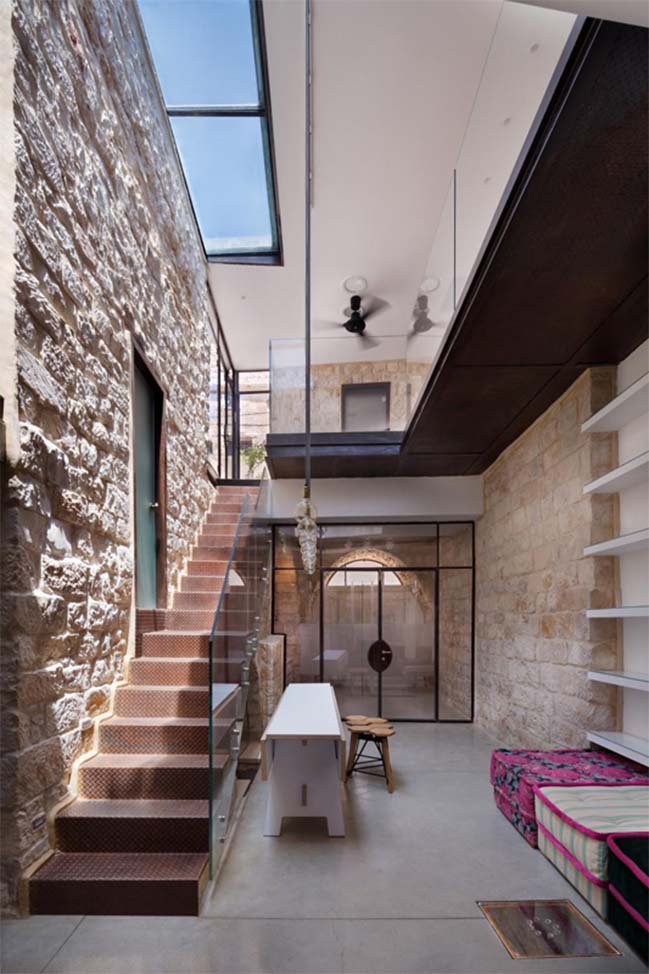 The courtyard, which is an outer space, serves the function of a public space in the new house and the peripheral spaces function as the private spaces of the new house. 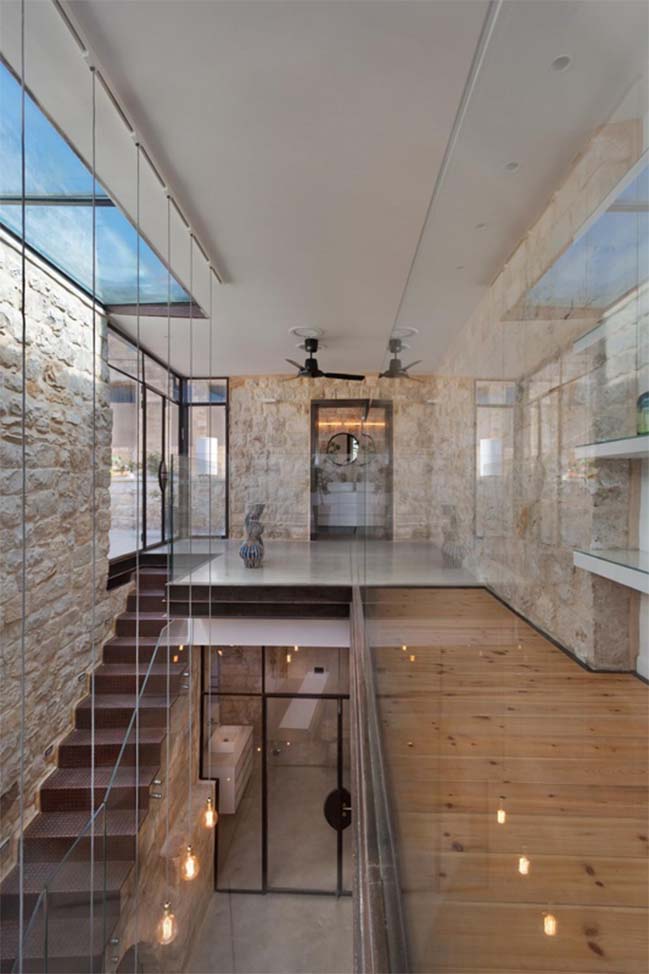 The Designers, Henkin Irit & Shavit Zohar started the project s with the complex stage of documentation and getting acquainted with the various formative and material aspects of the site after carrying out a comprehensive stage of exposing the site. Stone walls, arches, stone niches and impressive water well were all exposed at this stage. After this stage, the plan and the different sections were consolidated. The house has an impressive vertical section and a light steel and wood bridge connects the two masses adjacent to the public space. This bridge corresponds with an original flight of stairs, which dictates the vertical circulation. 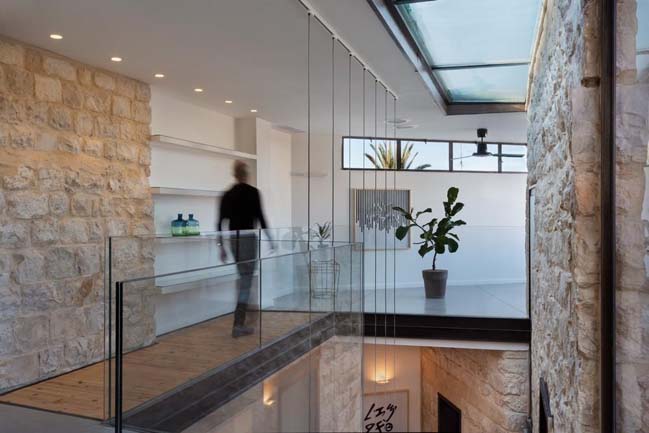 "The design of the house presents the old via original lime-stones, arches, vaults and niches, while the new gets represented by materials such as concrete, mosaics, steel and tin threshing, as well as transparent and semi-transparent glass", Henkin Shavit . 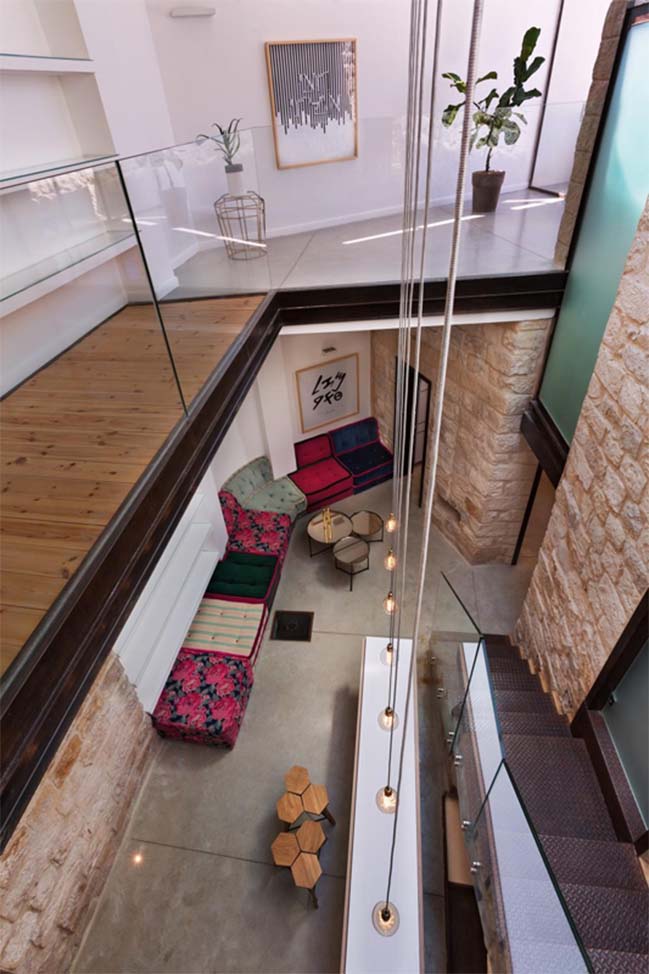 The house program includes a kitchen, salon and a dining corner on ground level. The cellar level contains storage place and a space for the landlords' grandchildren to play in. The middle level contains a hosting unit + a toilet and a shower. In the upper level there is a sleeping and working area with attached bathroom and toilet. This space is made up of a bridge leading to the different two wings, which are also attached with balconies and outer spaces. 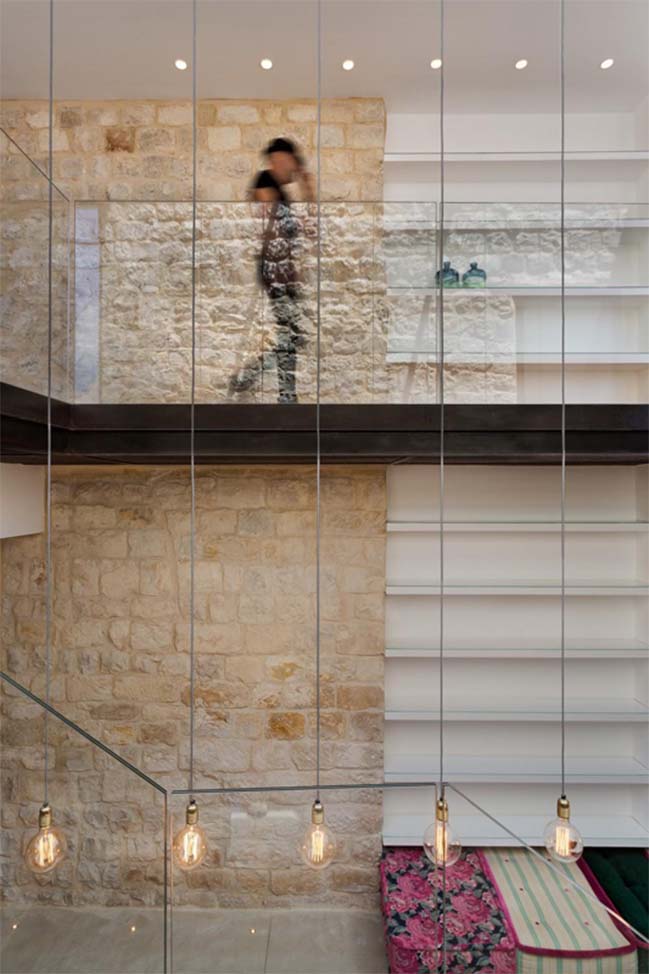 The upper level consists of a big balcony overlooking a magnificent view of the surroundings in general and Mt. Meron in particular. 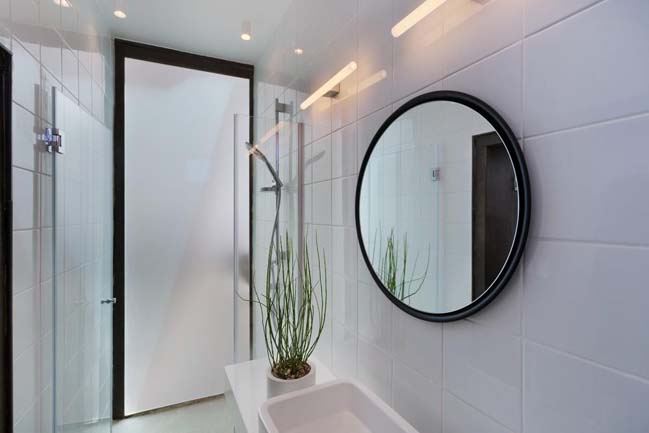 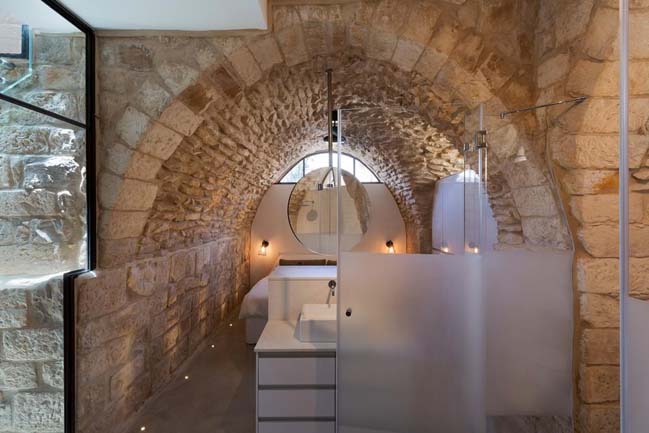 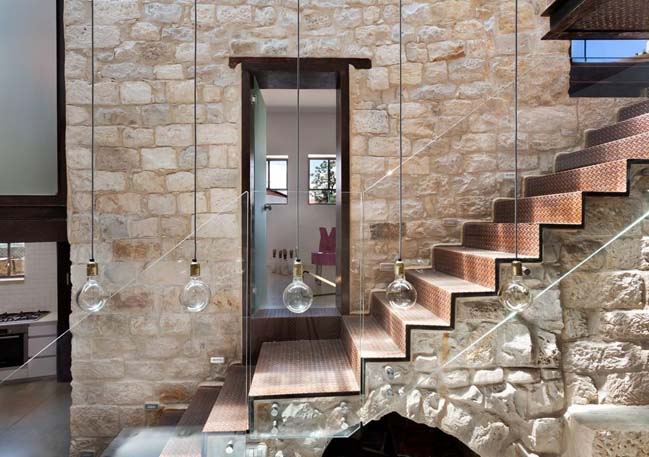 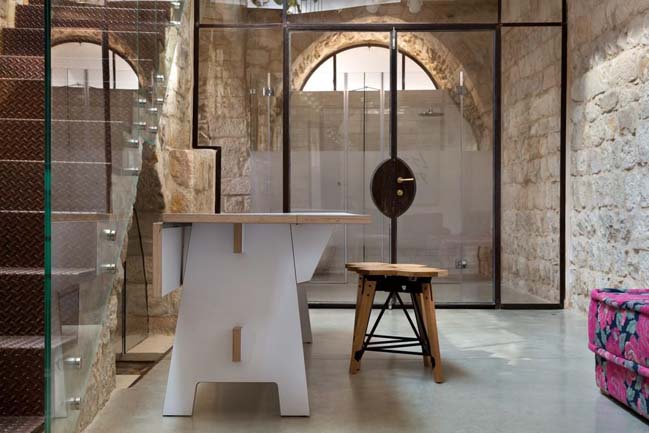 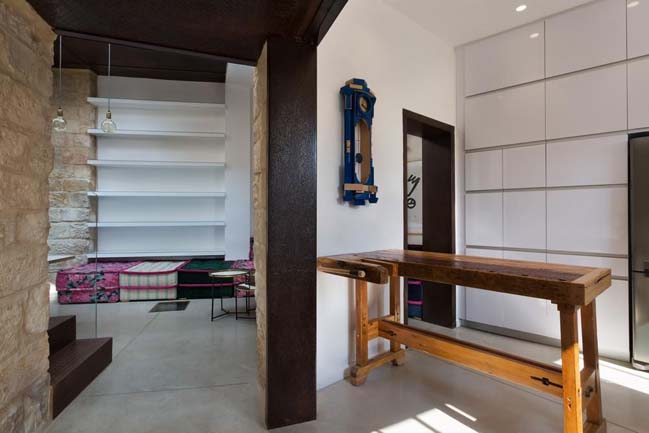 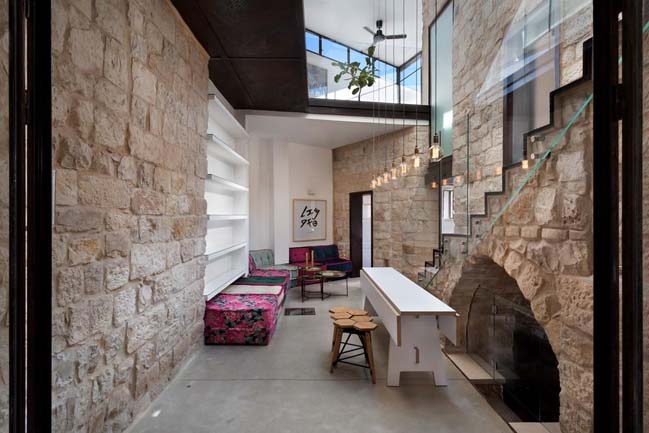 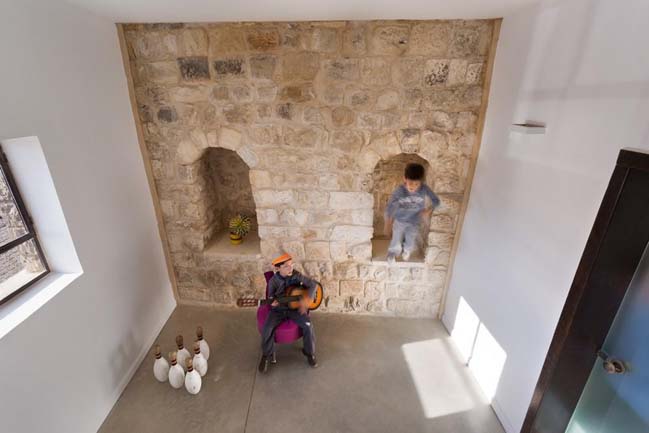 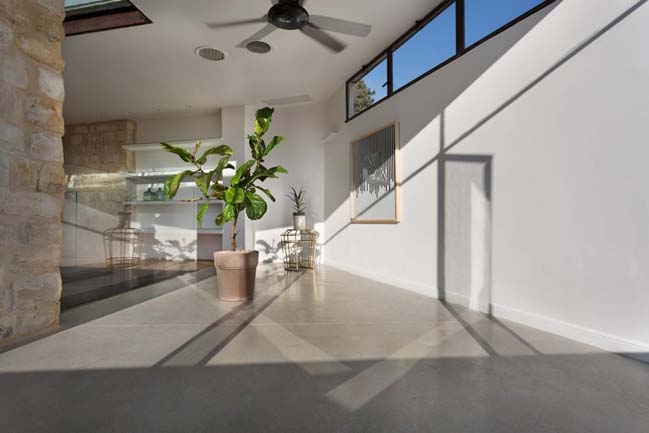 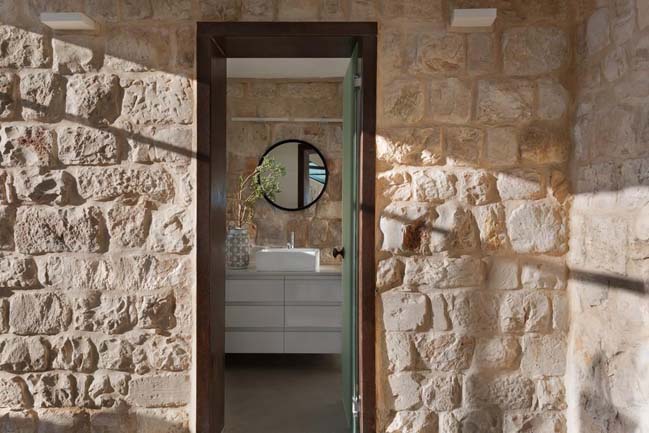 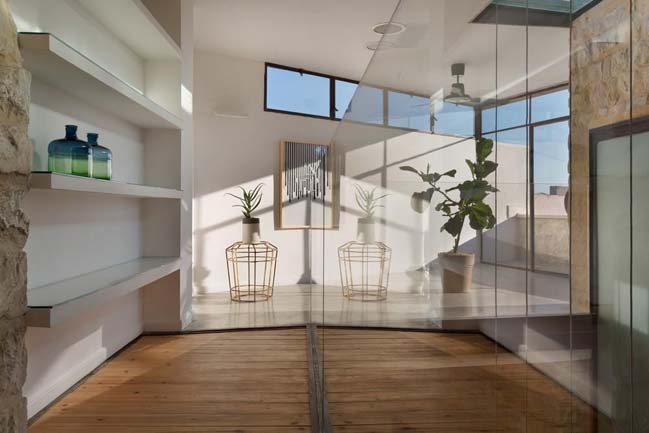 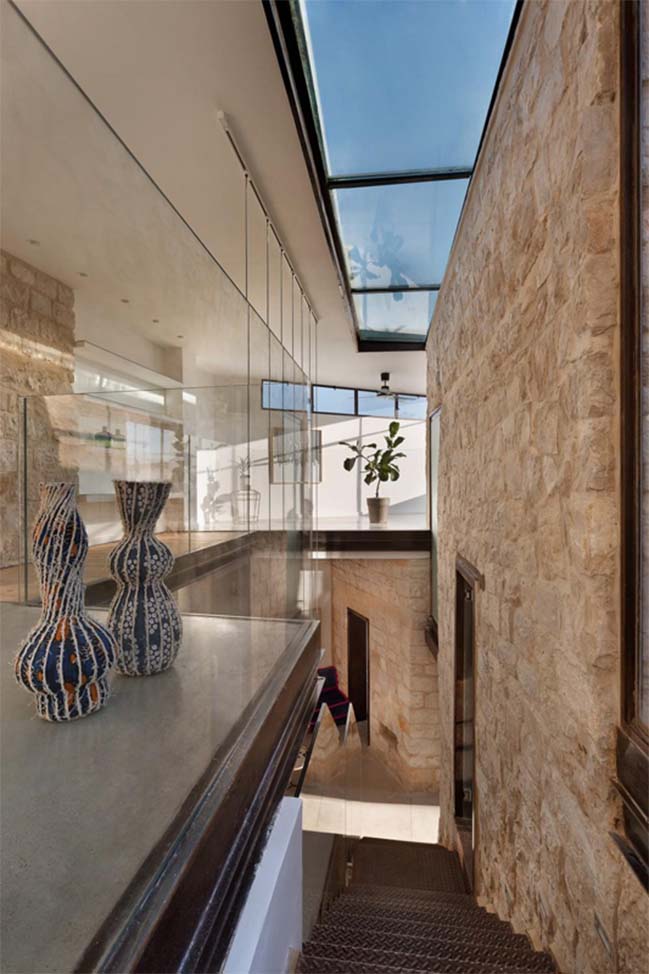 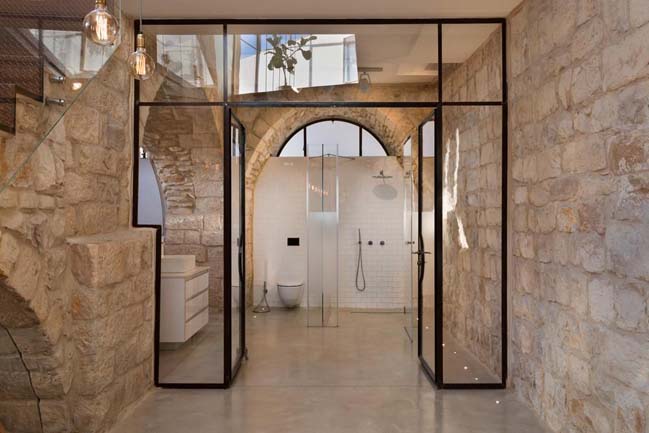 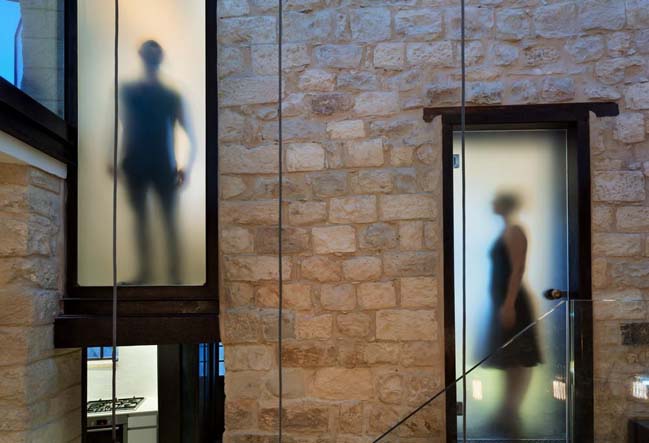 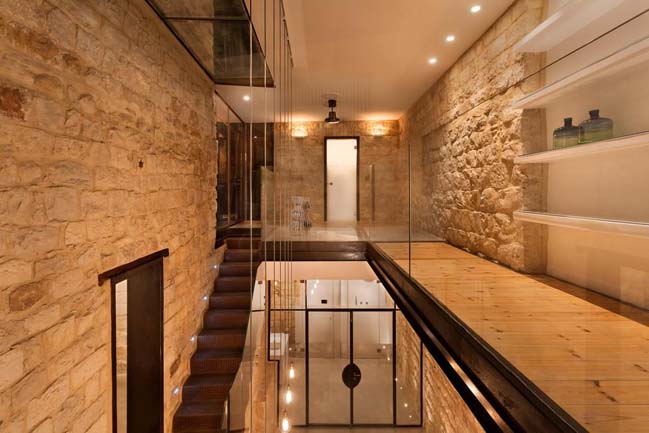 09 / 04 / 2015 The house is an old stone building that was re-designed and planed by Henkin Shavit Architecture and Design in the old city of Safed, Israel