The clients originally approached Downie North Architects to redesign their kitchen. However as we began to converse about how they used their space and how they wanted to live their lives, we collectively realised more than a kitchen redesign was needed. Architecture should elevate the everyday, and one's life should be enabled by the space you occupy, not inhibited. 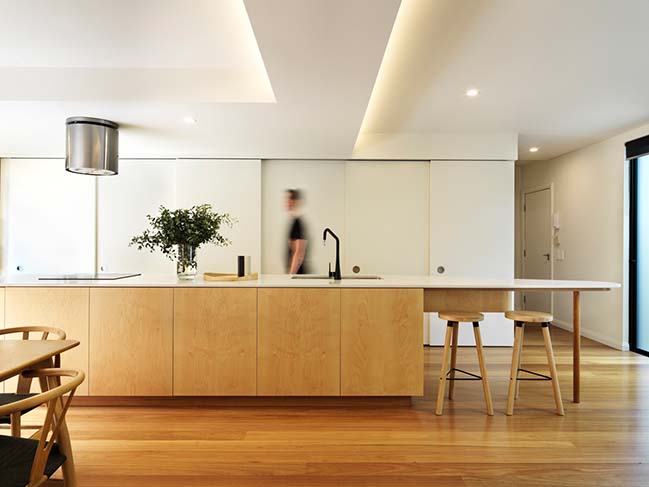 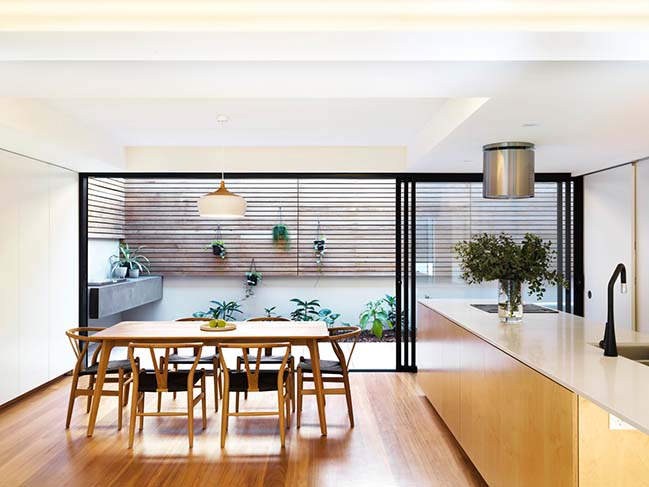 The project commenced as a kitchen redesign, however following careful analysis of the lives and daily routines of the clients, it became apparent how constraining the existing layout of the townhouse was. By removing a central wall, and reorienting the kitchen across the width of the site, the resultant open plan benefits from visual and physical connection to its two perimeter courtyards, feeling much larger than its 50m2 and enabling every space to be fully utilised. 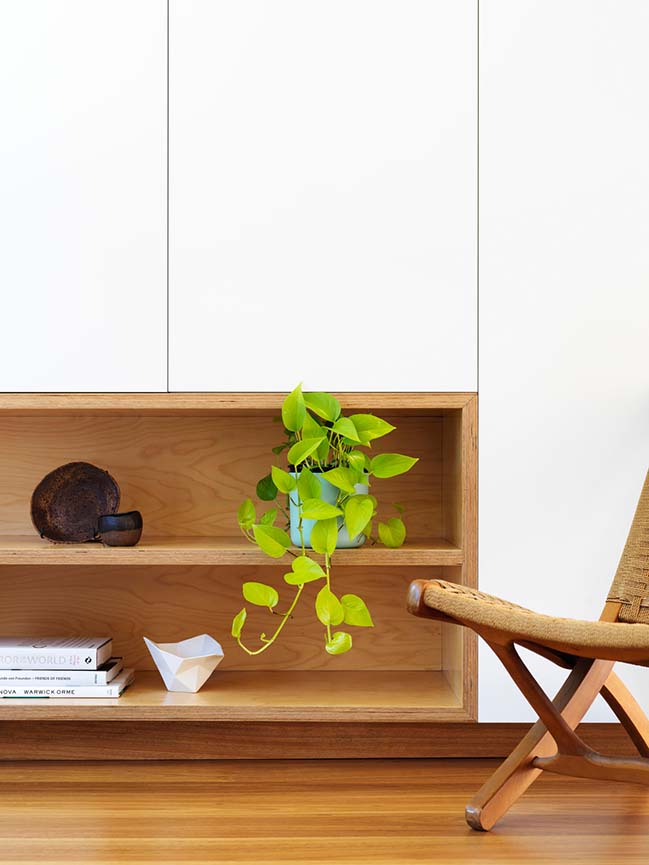 Given the constraints of the site, existing structure, access and height limitations, the changes had to be deft and strategic, with emphasis placed on maximising the perceived sense of space. The architectural approach was two-fold. All servant spaces were hidden: a new larger laundry, separate walk-in pantry and existing toilet are concealed behind a series of sliding joinery doors. Ample storage and TV are likewise concealed behind white polyurethane panels. 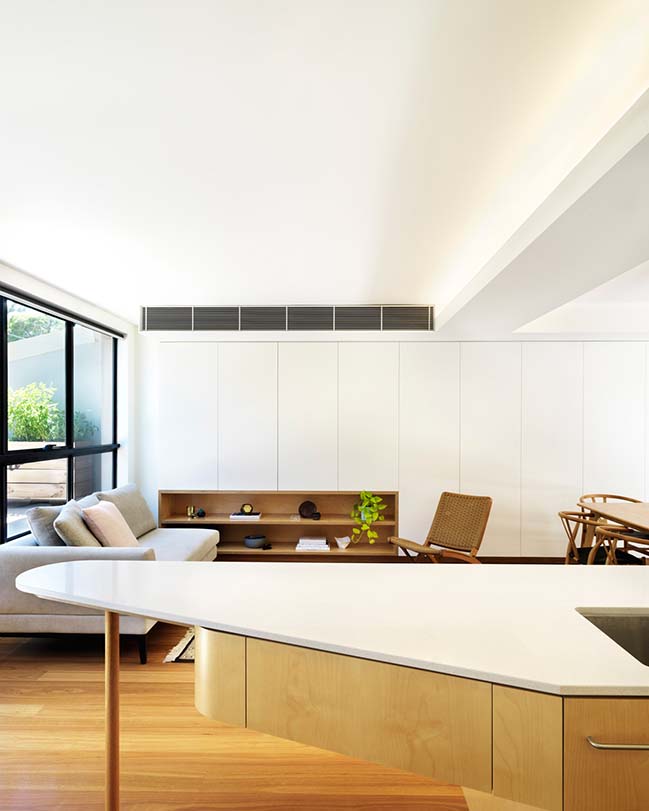 By contrast, the beloved objects and daily activities of cooking, eating, conversing become the focal point of the space; the open shelves and kitchen island feature beautifully crafted birch plywood, with its subtle warmth and tactility. The project is an excellent example of how through considered design, a poorly designed developer box, can be transformed into a home that will last for generations. 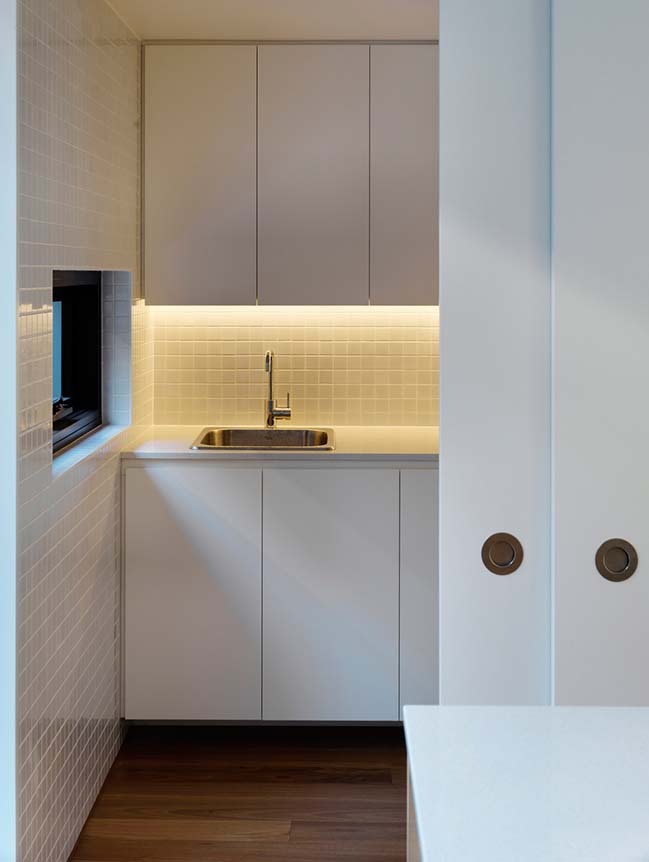 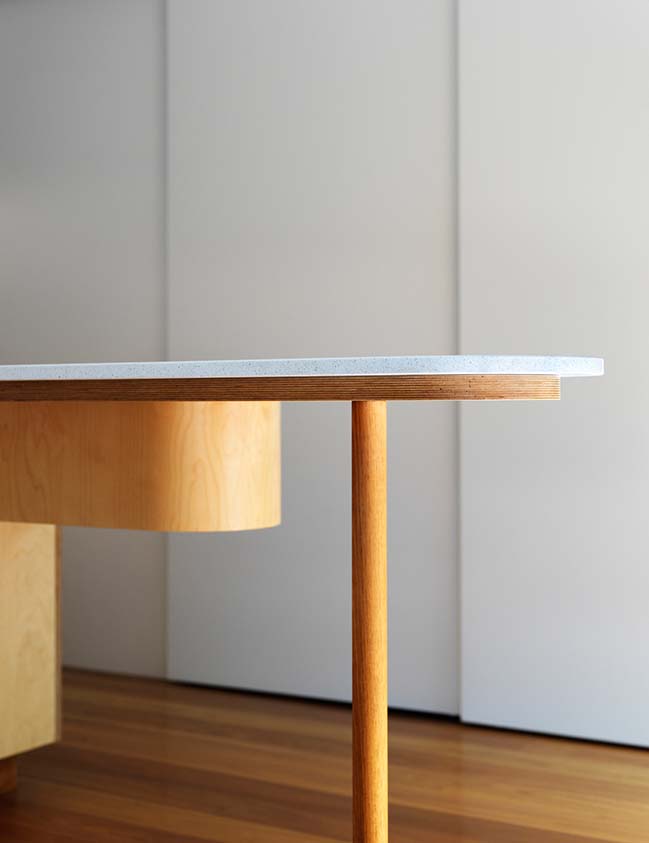 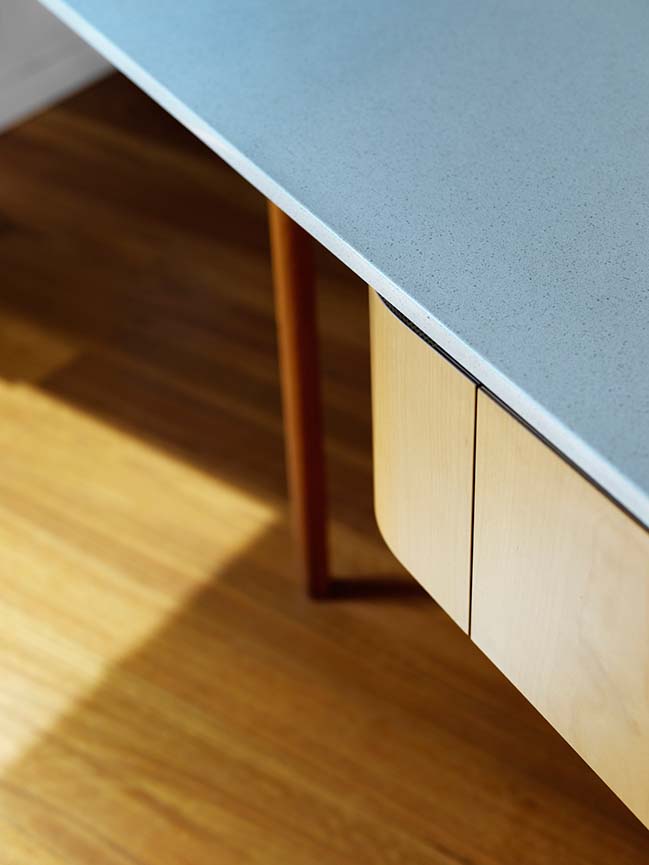 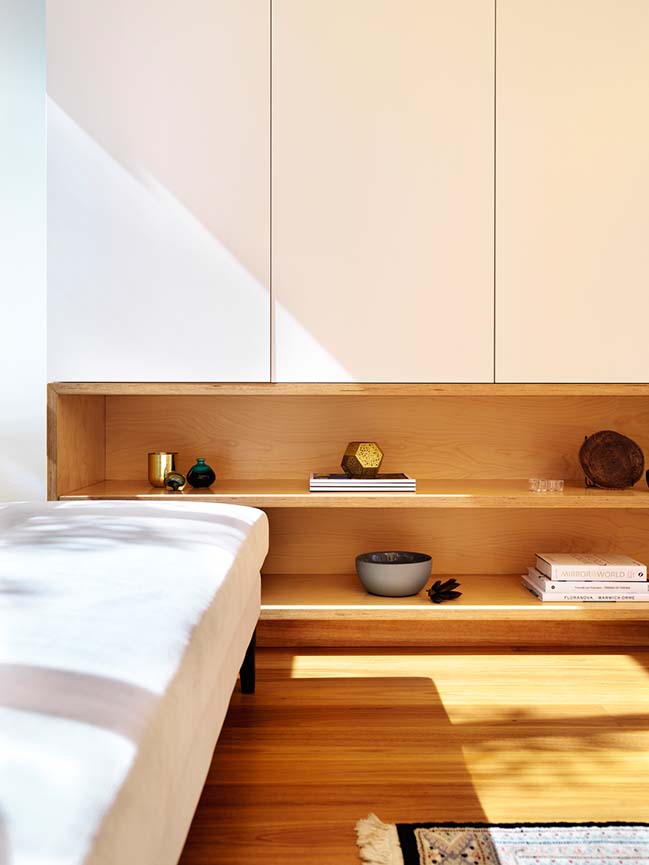 > YOU MAY ALSO LIKE: Skylit House in Sydney by Downie North Architects 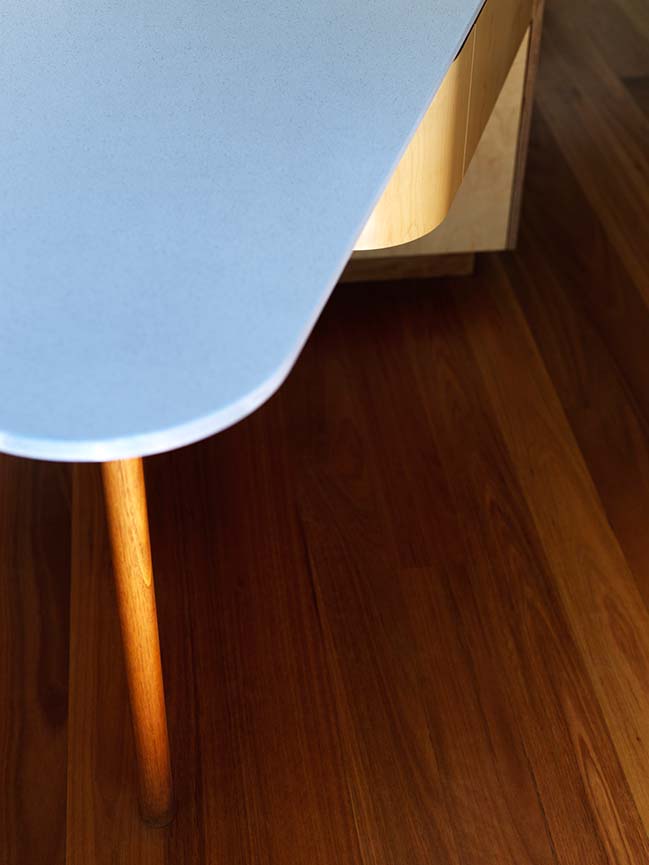 12 / 27 / 2018 The clients originally approached Downie North Architects to redesign their kitchen. However as we began to converse about how they used their space and how they wanted to live their lives