Michael K. Chen Architecture​ (MKCA) has developed a micro-housing concept for ​Häfele​, the leading manufacturer of architectural and furniture, lighting, and hardware. 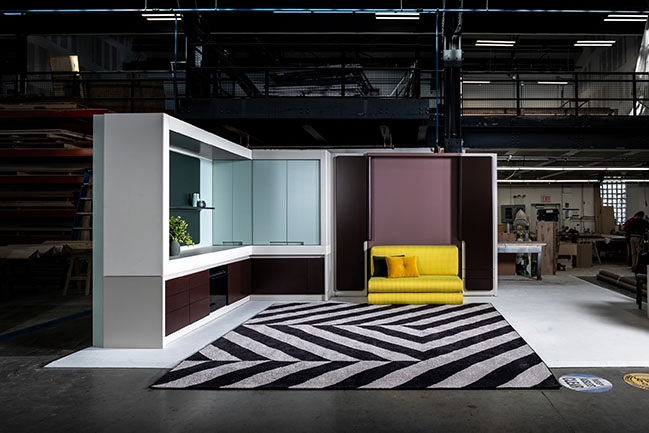 Designed to take advantage of ​Häfele​’s comprehensive product line in both conventional and speculative ways and to position the brand as a resource for emerging models of living, the project will be unveiled at ​Kitchen and Bath Industry Show​ (KBIS) in Las Vegas, Nevada in January 21-23, 2020 and subsequently installed in the ​Häfele​ Manhattan showroom. 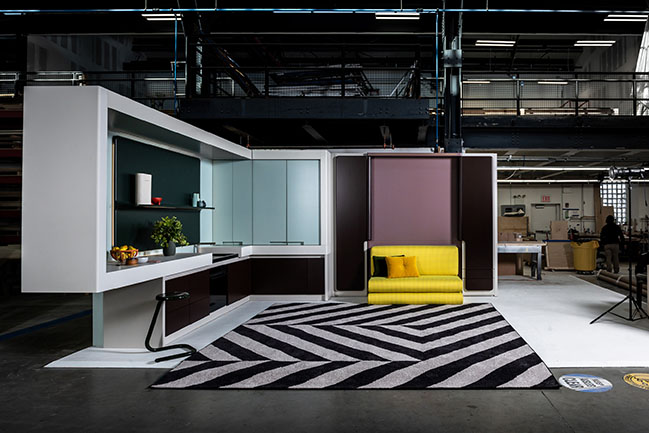 Drawing upon the firm’s extensive experience developing highly customized, multi-state, multi-functional living spaces, MKCA has designed the project to tell a story about new possibilities for urban living. In an age where people are staying single longer and having children later, and increasingly competing for limited housing stock in our densest urban areas, there is an undeniable cultural shift toward smaller, more flexible ways to live. By strategizing around scenarios—how uses and activities unfold over the course of a day and evening—MKCA has devised simple motions to transition between and negotiate all of the functions we expect from our homes, transforming how a small space can work and feel like a much larger one. 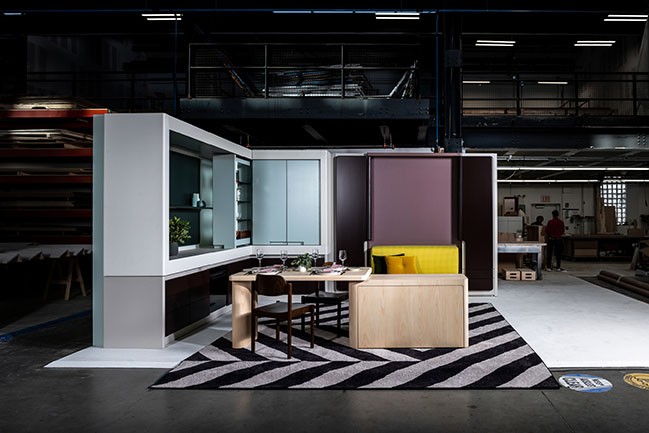 As configured, the installation anticipates a boundary of approximately 12x16ft. The apartment is centered around a custom sofa that folds flat, allowing for a queen-size bed to be opened from behind. The back of the sofa demounts to become the headboard of the bed, surrounded by ​Häfele​’s integrated LED lighting. Opposite the sofa and bed, a reworked entertainment center made of wood (in contrast to the ​lacquer and solid surfacing elsewhere in the unit) incorporates a concealed television on a motorized lift, a pull-out console that unfolds to create a dining table for six, and a secret motorized bar that lifts above the table. Each element of the entertainment zone can be operated individually, or in conjunction with one or both of the other elements. Dinner can be a formal seated affair, or can take the shape of drinks and bites in front of the TV. 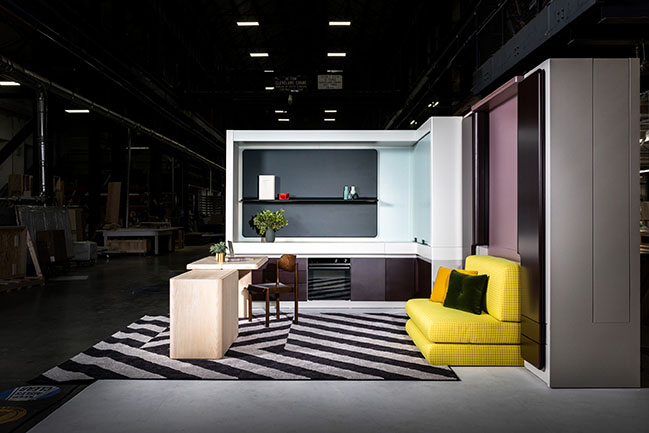 The peninsula to the left of the bed extends to reveal a compact kitchen with integrated appliances by Fisher and Paykel, and an intimate dining space that also functions as an additional countertop. A retractable faucet pops out of the integral Corian sink, and is stowed when the kitchen is closed again. Pull-out and swiveling storage elements at the end open to reveal backlit glass and aluminum shelves. An integrated backsplash shelf incorporates hidden task lighting. In a small space, the presence of the kitchen can overwhelm the entire visual landscape. MKCA’s aim here was to create a highly functional space for preparing a meal, but allow it to be fully concealed. Once opened and fully activated, the kitchen is an illuminated work zone; but for a meal for two, the functional aspects of the kitchen recede while a soft glow permeates the space through integrated LED lighting. 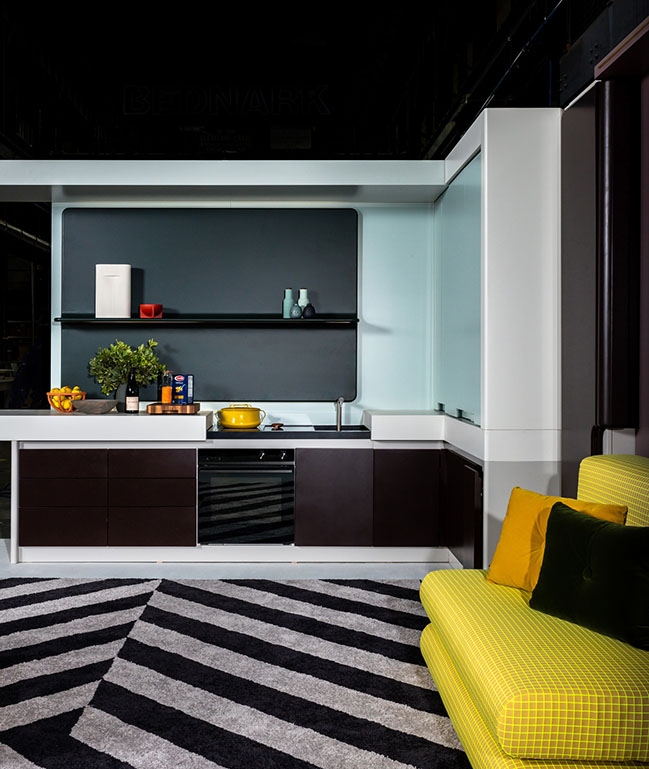 Throughout the prototype, motions like folding, hinging, and sliding facilitate effortless transitions from one domestic activity to another. Even large activities with imposing physical footprints, such as entertaining guests for dinner, become possible and comfortable through simple motions that then also allow them to recede into the background. The apartment is designed to interface with a separate bathroom, and is expandable to incorporate additional appliances, such as a full-sized refrigerator, as needed. 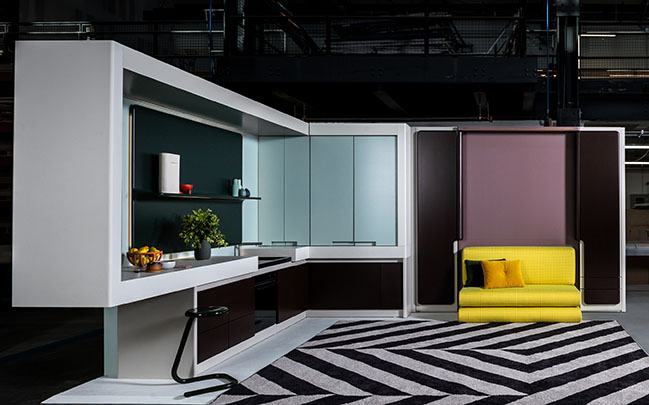 In this way, the space and its design elements are adaptable to a range of housing types—from single apartments and micro developments to co-living and institutional environments—and reflect MKCA’s overarching interest in making cities more livable, affordable, and sustainable. MKCA also explores how to translate the warmth and intimacy of the home into social and work spaces, through a product that is manufacturable and adaptable to many different contexts. 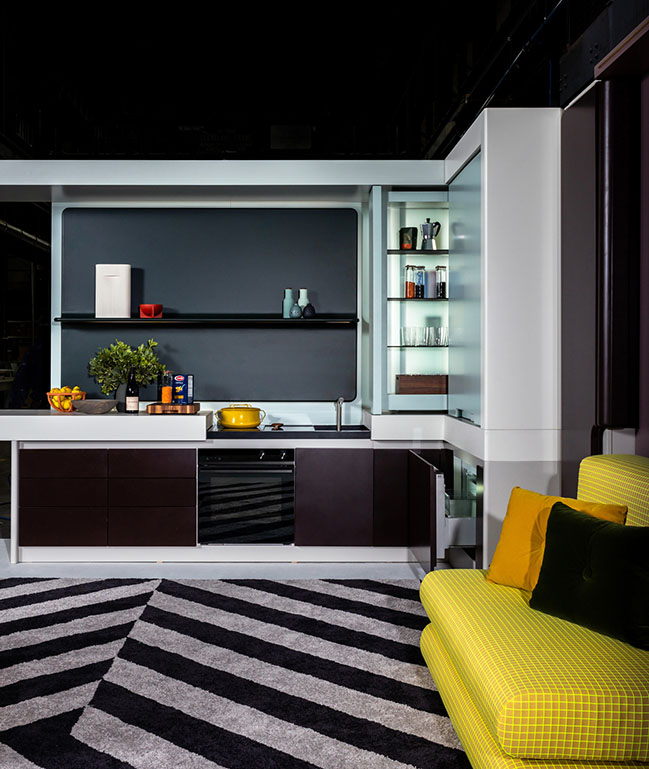 “We are deeply committed to exploring the future of living in dense urban environments, and creating spaces that are both exceptionally functional and gracious”, says MKCA founder and principal Michael K. Chen. “The very first independent projects I ever worked involved some unauthorized hacking of products from the ​Häfele​ catalog to create unusual motion, so it was such a treat to be invited to work with the team at ​Häfele​ America Co. to explore how design for motion and multifunctionality could be relevant to thinking about the future of urban living”. 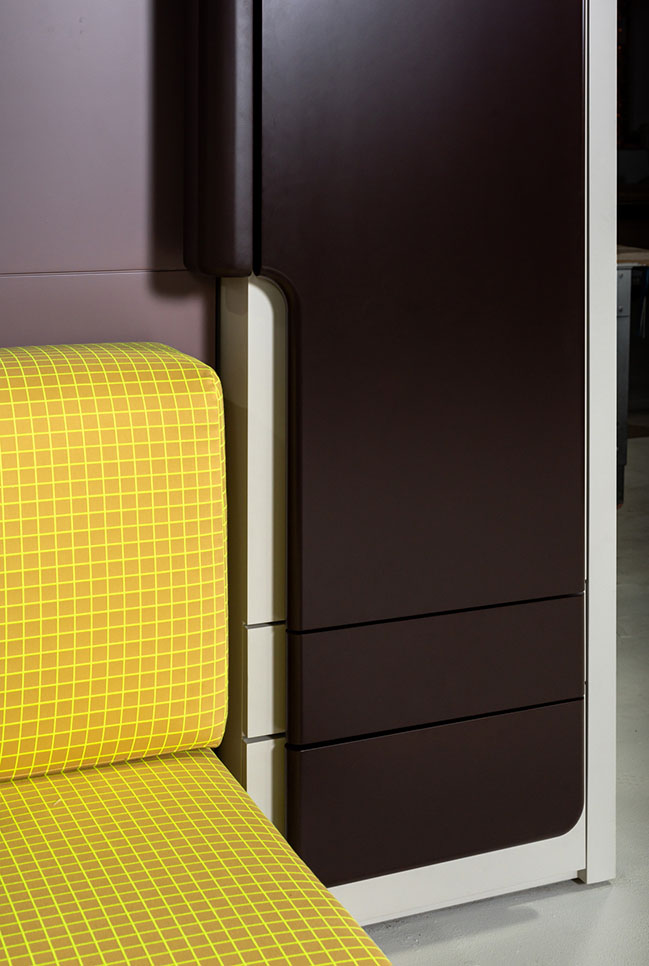 YOU MAY ALSO LIKE: Small apartment with moving wall by MKCA 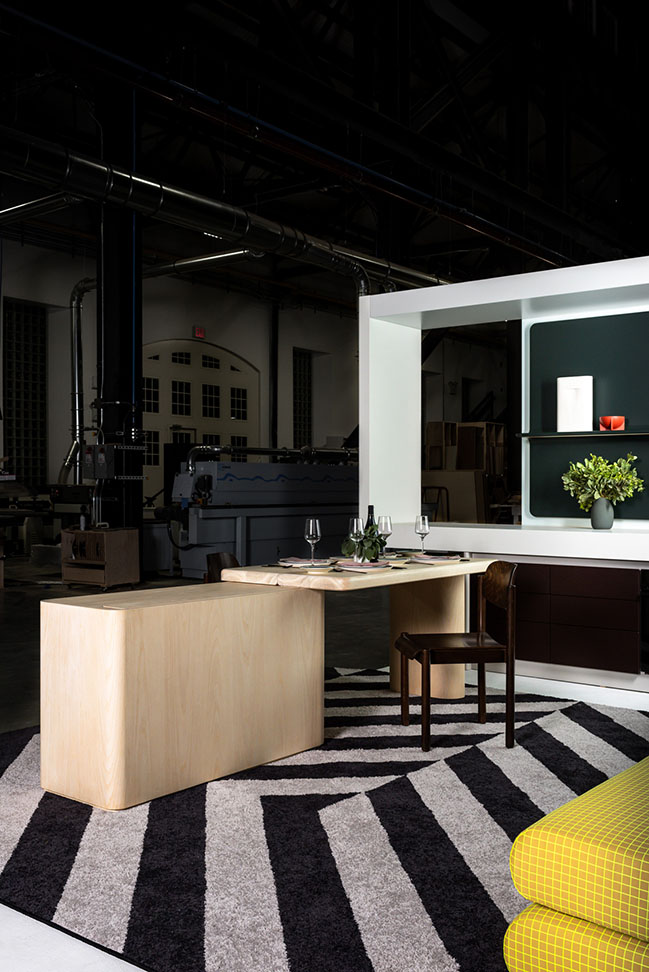 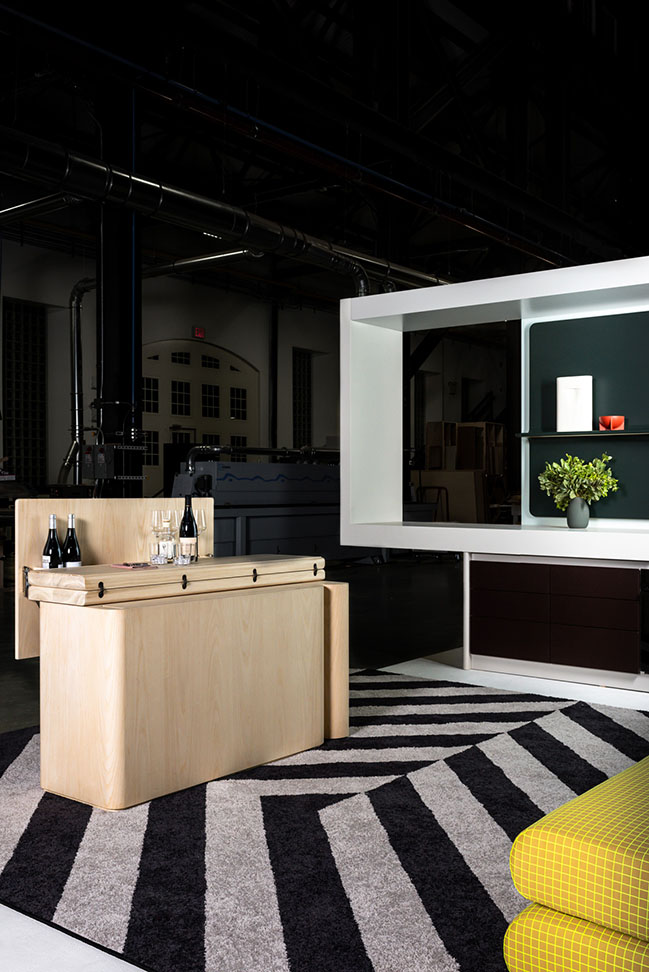 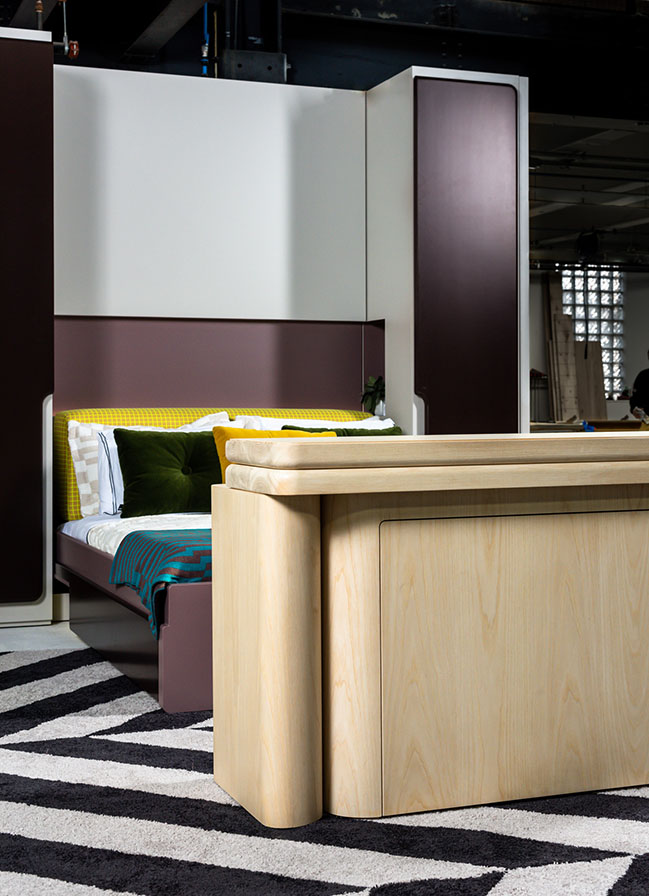 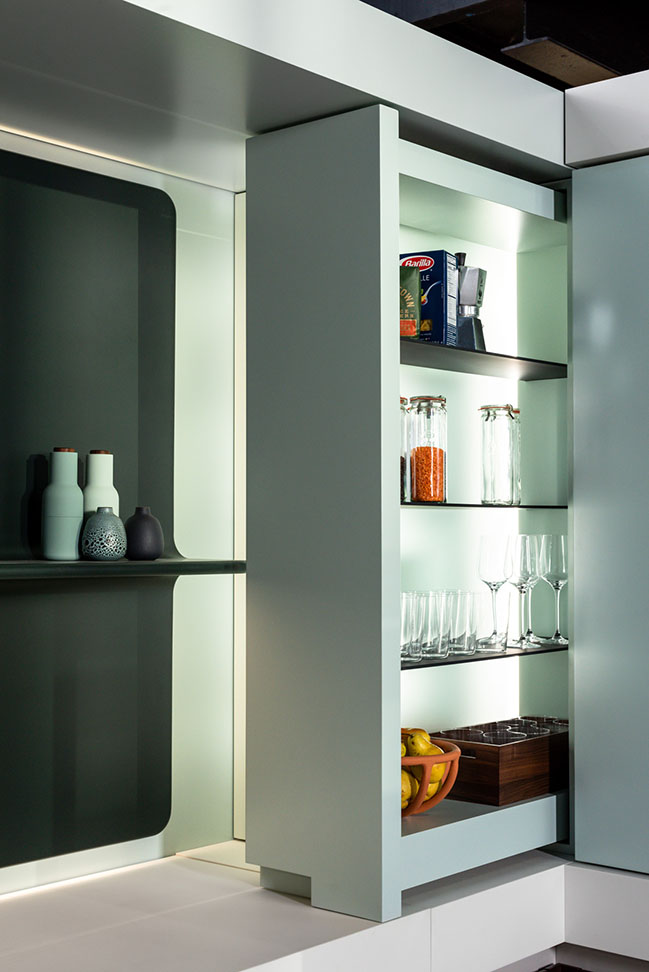 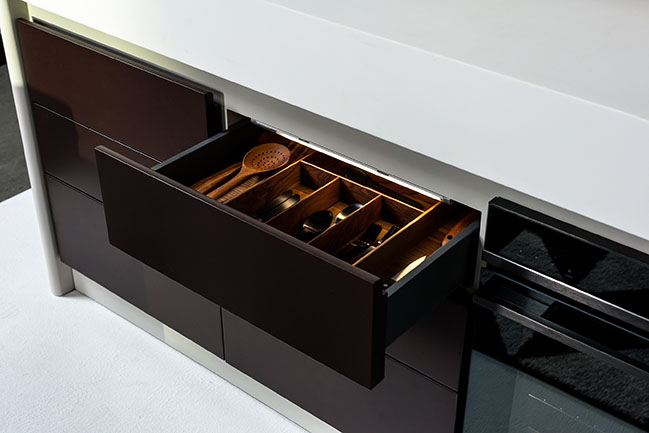 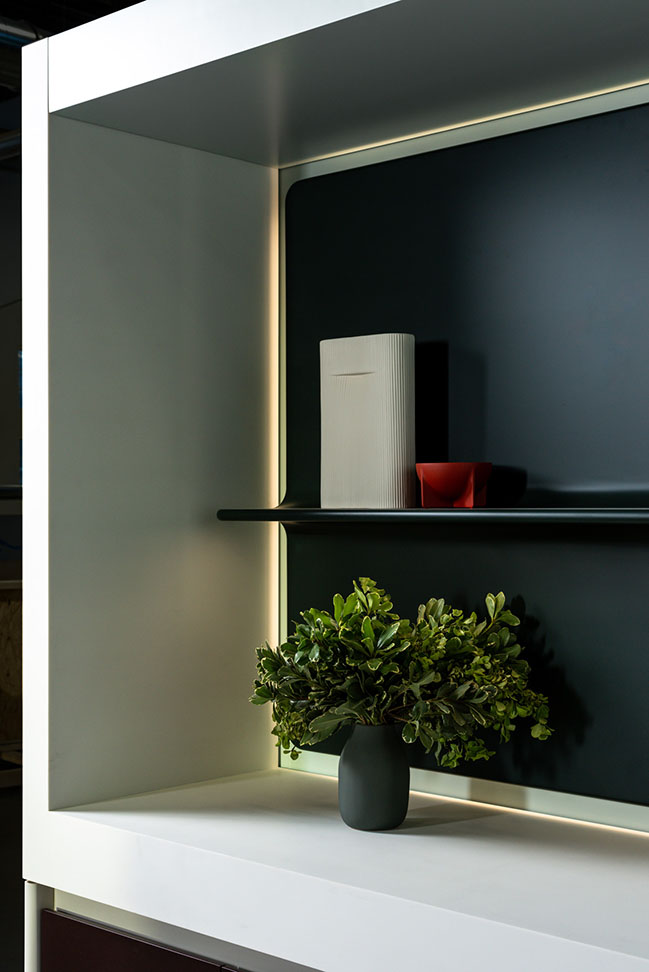 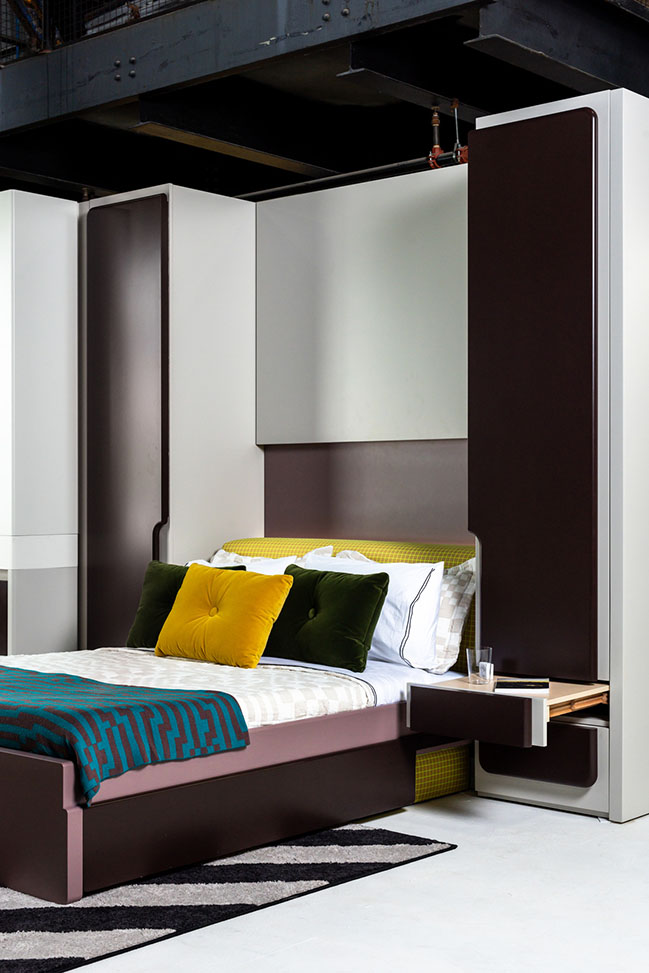 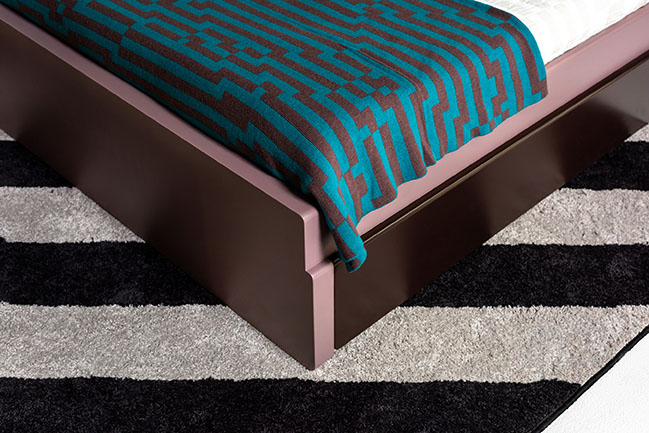 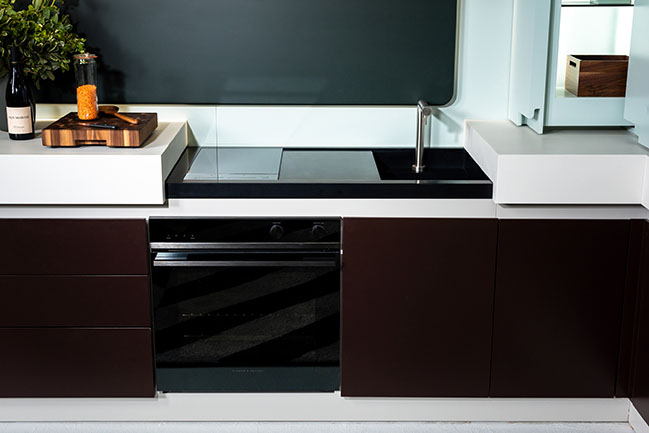 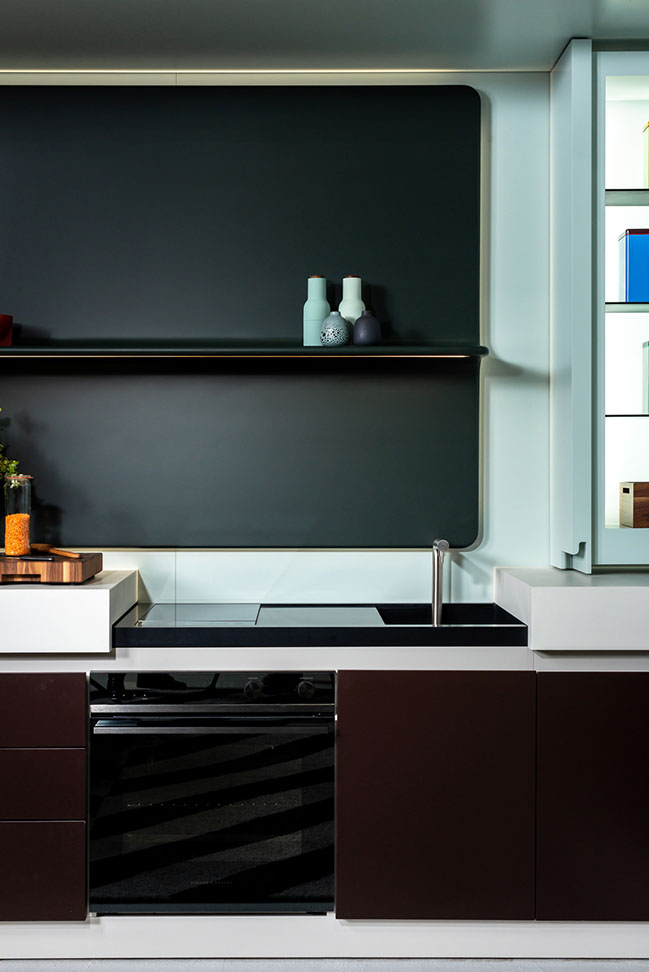 01 / 25 / 2020 Michael K. Chen Architecture​ (MKCA) has developed a micro-housing concept for ​Häfele​, the leading manufacturer of architectural and furniture, lighting, and hardware...