9h nine hours Asakusa is a capsule hotel has 183 sleeping pods. Located in one of the most characteristic areas in Tokyo, where on the west side of Sensoji Temple, on the extension of Shin-Nakamise shopping street, and Hanayashiki, the oldest amusement park in Japan and Asakusa Rockza, the most famous striptease theater in Japan are in the neighborhood. 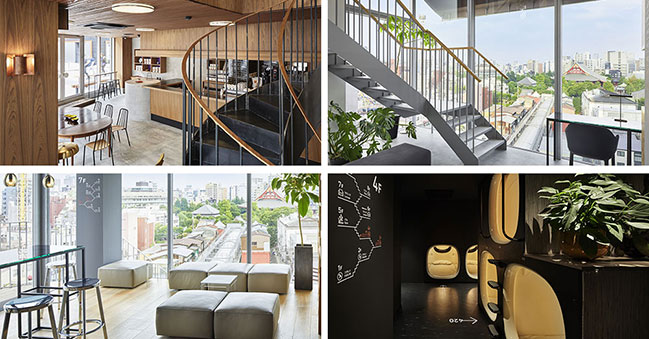 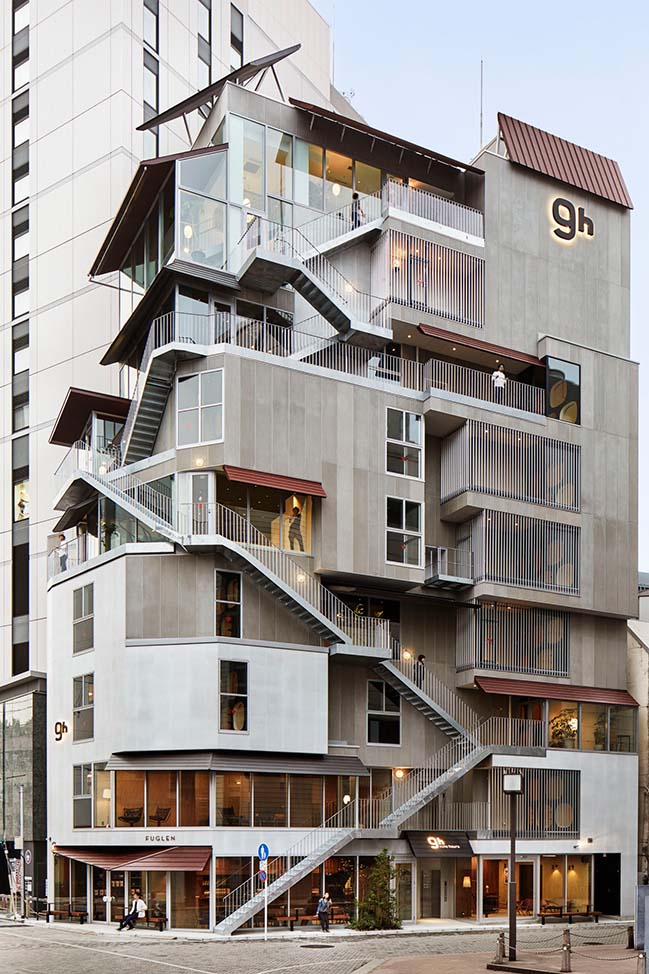 From the architect: We thought that we would design a hotel like a three-dimensional city with a miscellaneous atmosphere and color coming up with small retailers around the site and a stream of people on Shin-Nakamise shopping street. Collective capsules are as a substratum like a rugged mountain, and typical small huts with gable roof in Asakusa stick to it and tangle plants and exterior staircases around it give a stereoscopic street view towards the Sensoji Temple. 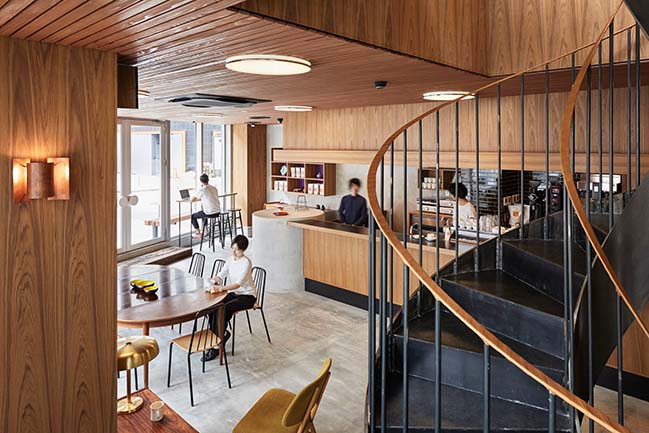 The setback-backed rugged substratum generates a surplus that is not divisible due to the property as pixels of capsules. By changing the arrangement of the capsules on each floor, the surpluses are placed in various places of the building and replaced as the under-roof space incorporating the surrounding environment. This under-roof space can be freely used as common use spaces in a capsule hotel such as a terrace, lounge, gym, and it can be approached from the external staircase as well. 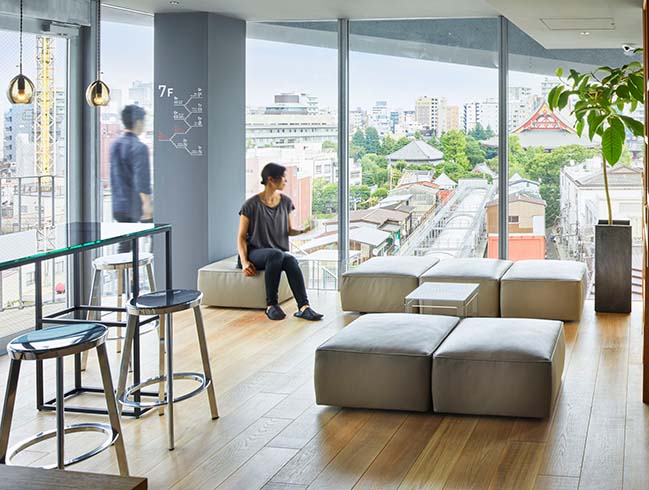 Cafe "FUGLEN" from Oslo, Norway opened FUGLEN ASAKUSA as a tenant on the ground floor and the first floor, and it blends Asakusa's characteristics and 9h’s futuristic design gradationally.

We realized the surface as architecture where various time and space interact between minimum capsules specialized only for sleeping and the city. 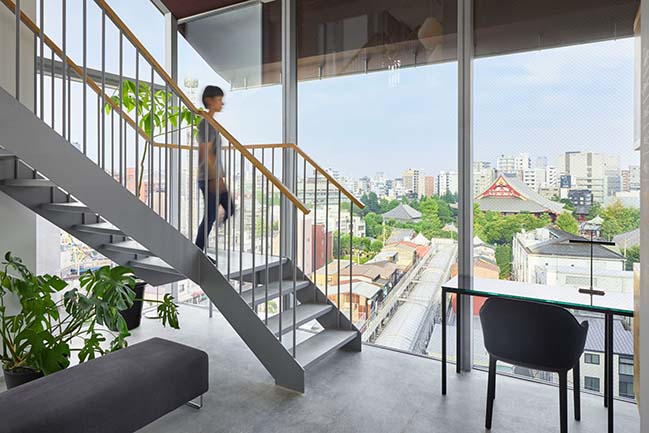 YOU MAY ALSO LIKE: Capsule Hotel in Tokyo by Schemata Architects 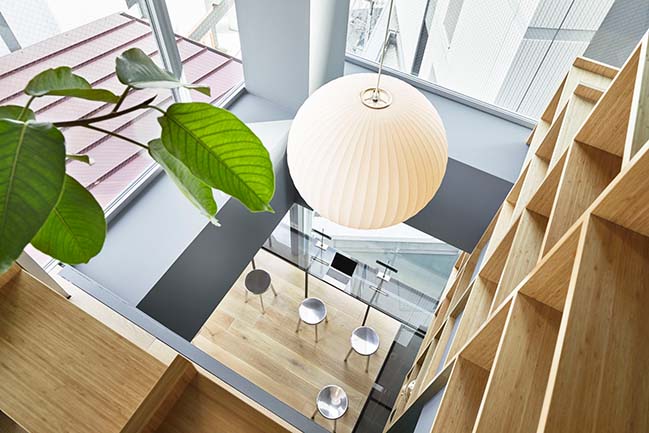 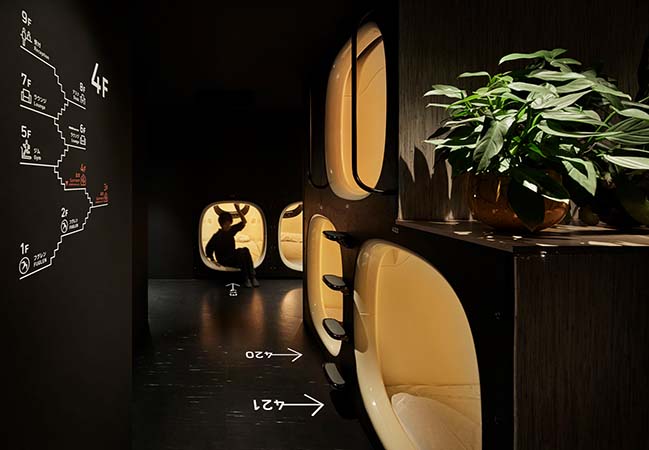 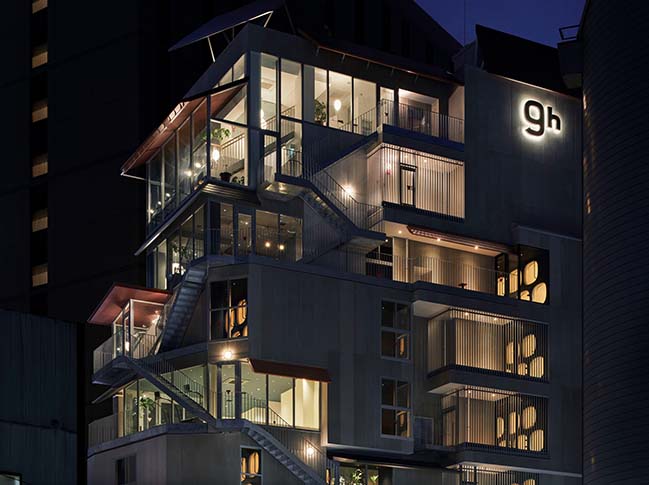 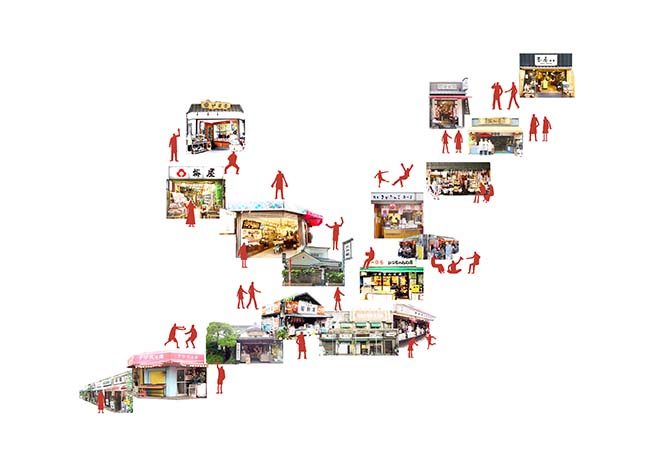 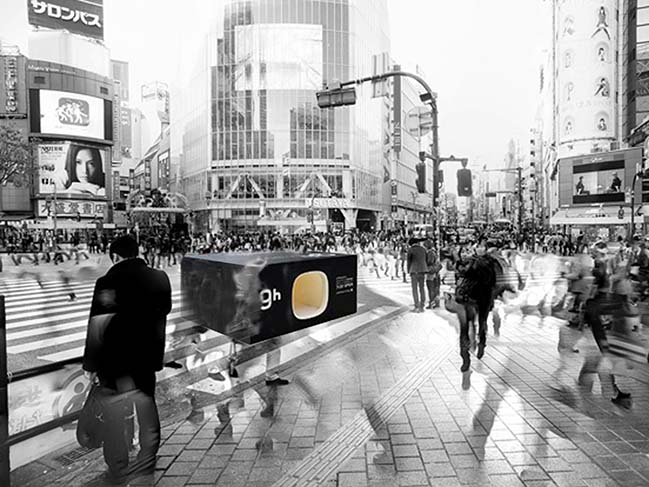 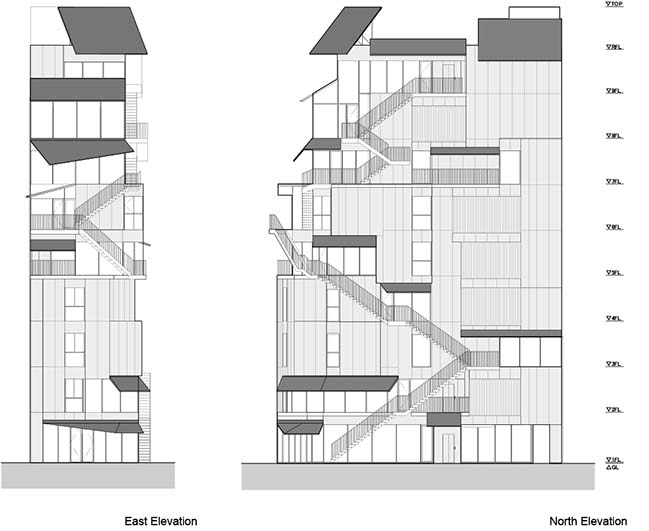 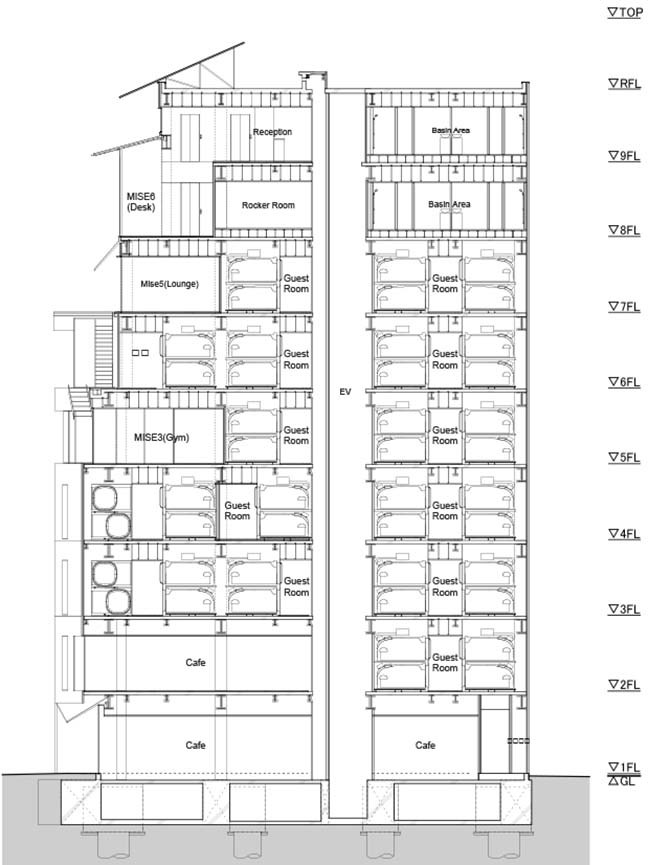 07 / 23 / 2019 9h nine hours Asakusa is a capsule hotel has 183 sleeping pods. Located in one of the most characteristic areas in Tokyo, where on the west side of Sensoji Temple...