ROEWU architecture based in London, UK have recently completed 7 villas on a tight urban site on the edge of Taipei, Taiwan. 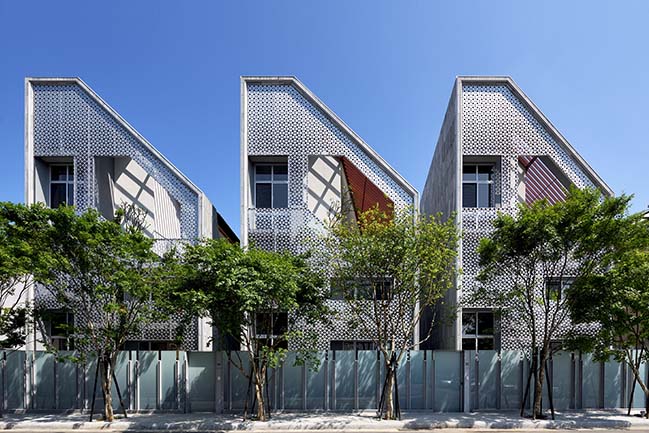 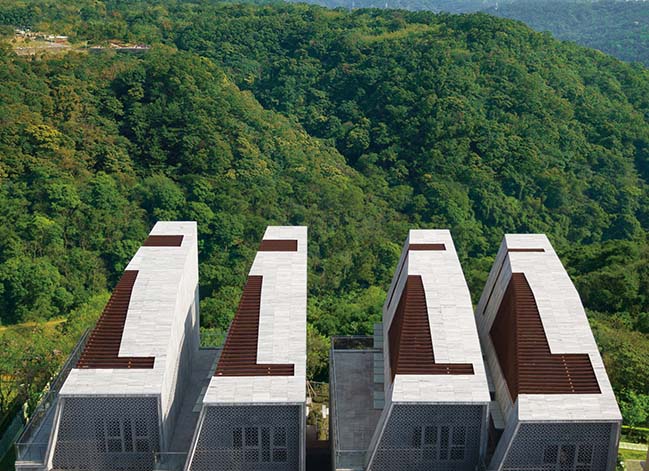 From the architect: Taiwan is a densely populated island with a population of 23 million squeezed onto an island, about one-sixth the size of Great Britain. As most of the island is covered by mountains and rainforest buildable area is at a premuium and extremely tightly packed dense development is not only allowed, but is actively enforced -both by regulation and market conditions. 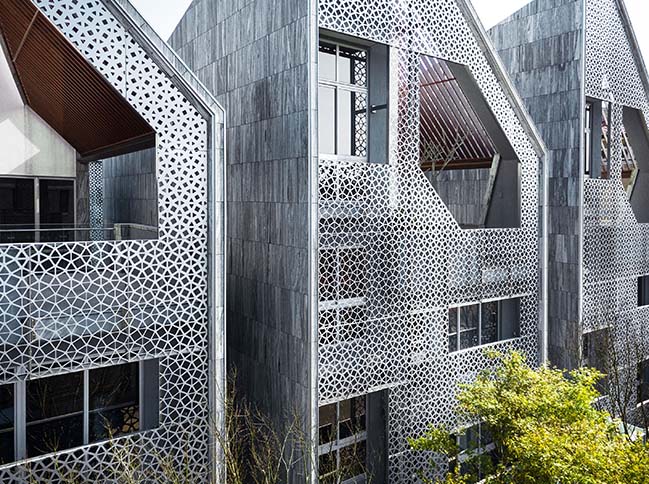 These houses are located in one of a series of new districts being developed along the route of a new high speed rail link from the airport to Taipei city centre. The site for this project is located on a bluff at the edge of the urban area with spectacular views across a thickly forested valley below. 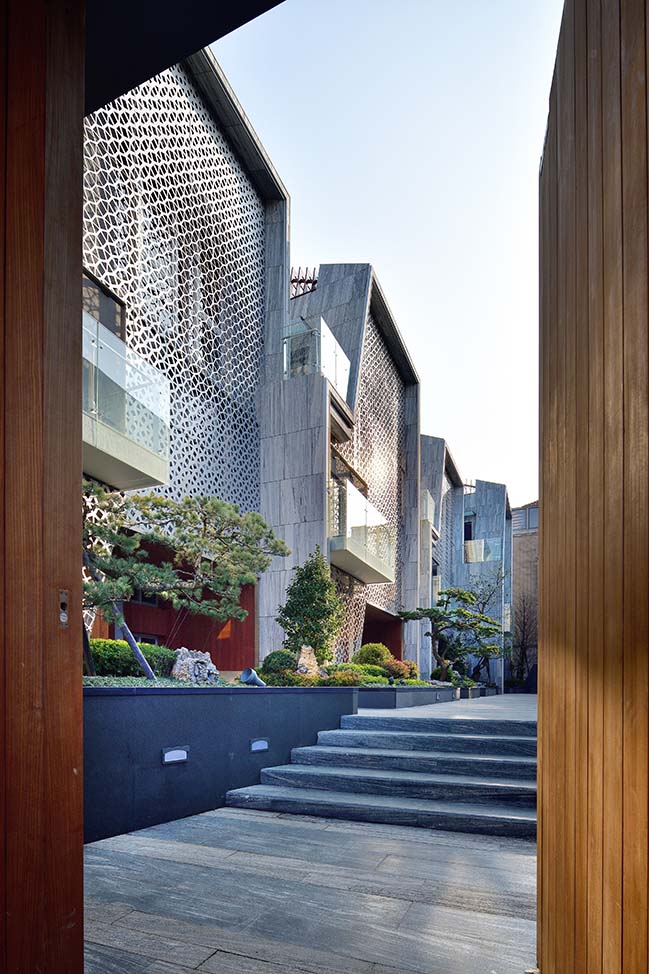 With an area of just 0.6 HA, the site was zoned to have 7 large houses in close proximity to each other. This creates issues not just of privacy and overlooking but also environmental issues to do with natural light and ventilation. To alleviate this, the flow of air around the external form and internal spaces of the houses was digitally simulated. 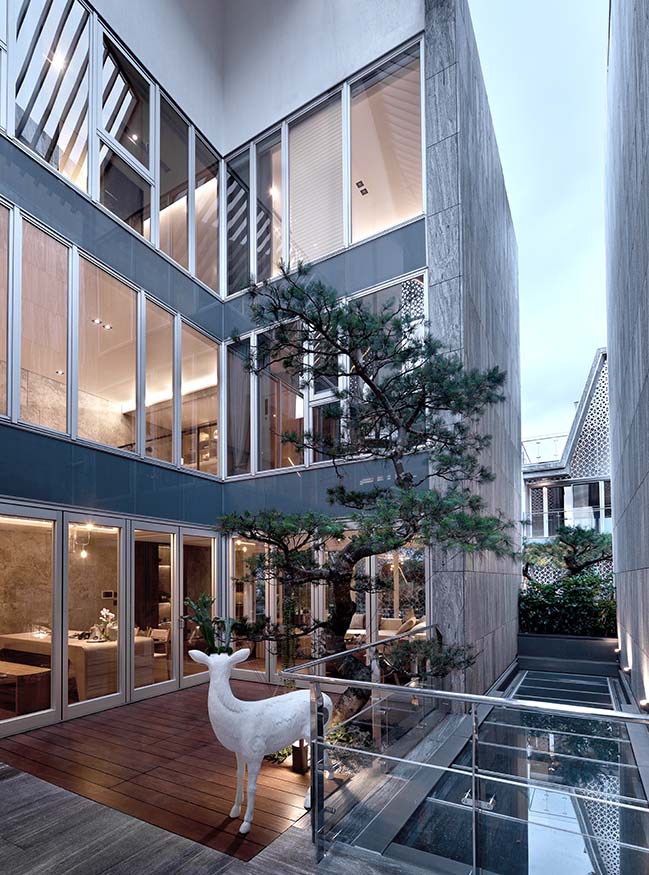 The external form and internal layouts were then adjusted to maximize natural ventilation. Roofs that tilt up to induce low pressure, internal voids and staircase stacks that allow warm air to rise along with openings at low level all ensure a constant flow of cool forest air through all levels of the houses. These strategies also generate the unique forms and spacious interiors of the houses. 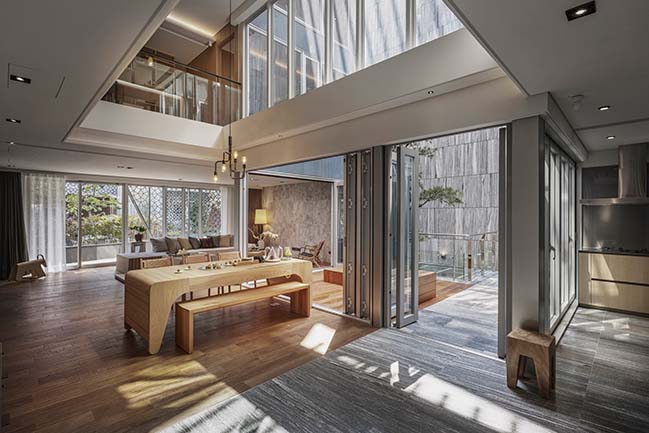 Despite the close proximity of the houses to each other it was important to bring natural light into all spaces. Courtyards and double height voids, with skylights above, bring light into the hearts of the houses but it is in their facades that the natural lighting strategy produces the most distinctive design solution. Continuous metal screens modulate the light and control views both into and out of the buildings. Computer algorithms were used to vary the density of the pattern across the facade creating a seemingly random but carefully controlled 'blizzard' of material which is actually precisely controlled to locally respond to privacy, views and lighting needs. 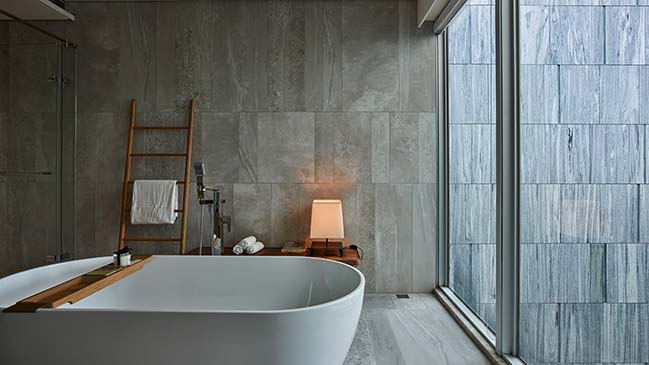 These houses propose a new model for Taiwanese residential architecture -moving away from the dark, artificially lit and cooled typology which has dominated since the mid-20th century to a new typology; A typology which is bright and breezy and has stronger connections to the weather and nature outside. Though densely packed and structurally solid they create an atmosphere of lightness and privacy -a welcome refuge from the busy city outside. The houses have already been recognised by the ABB Leaf Awards, 2A Continental Architecture Awards and the Perspective A&D Awards 2018. 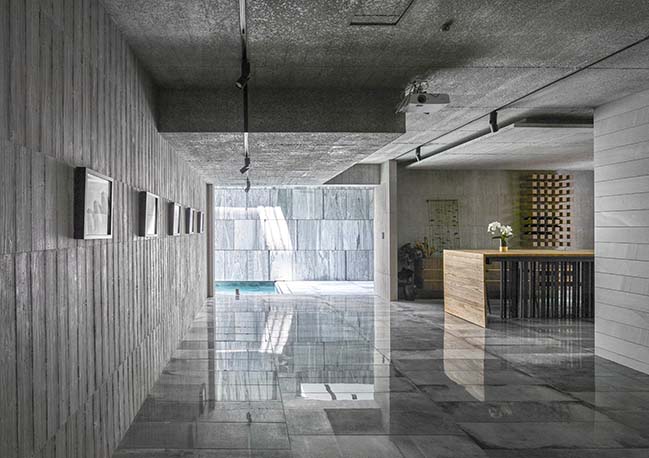 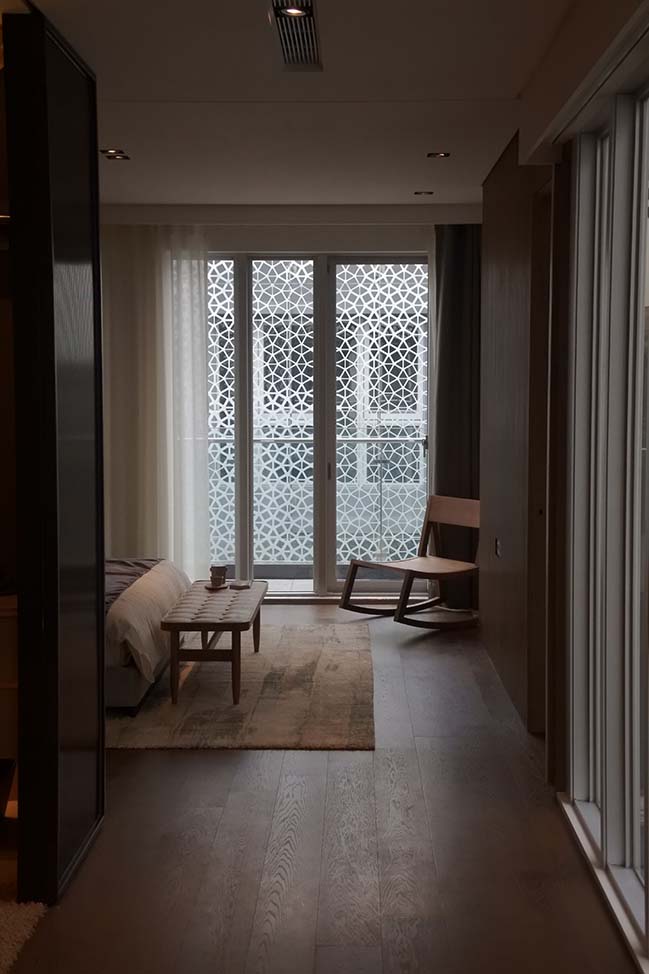 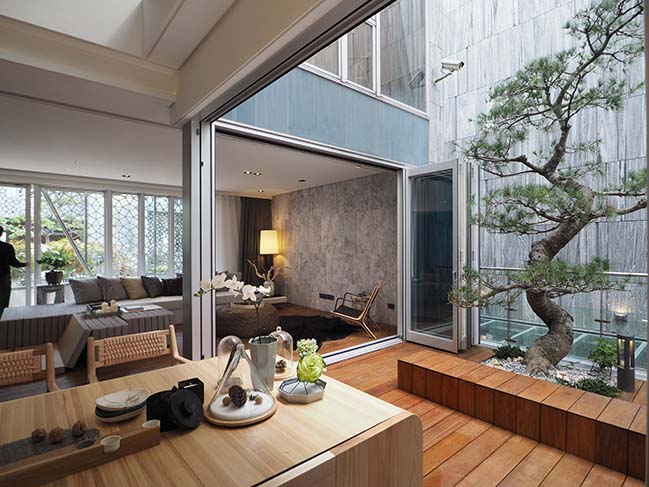 > YOU MAY ALSO LIKE: Taiwan National Archive by mecanoo 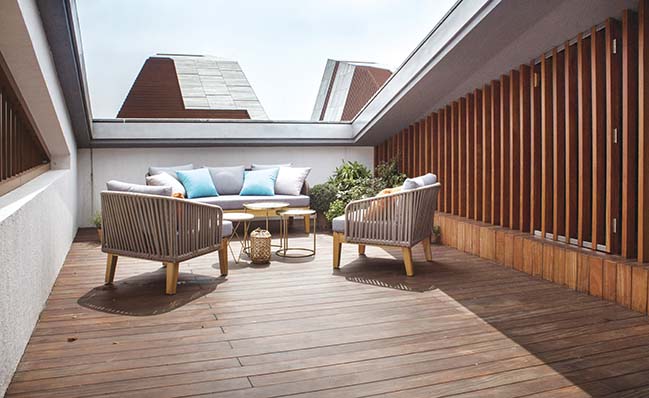 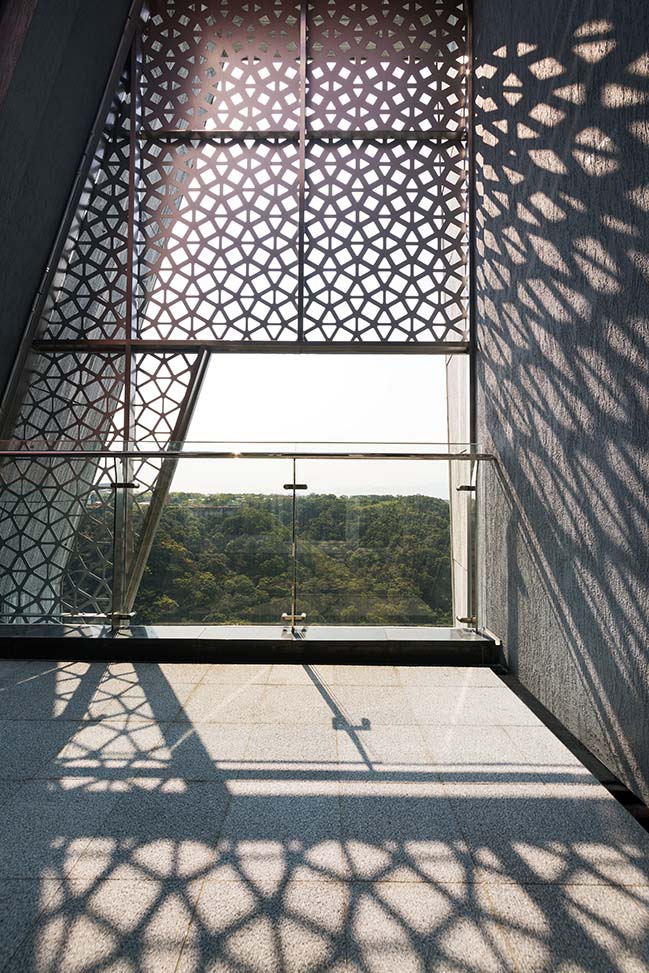 > YOU MAY ALSO LIKE: Taiwan Chinpaosan Necropolis by Steven Holl Architects 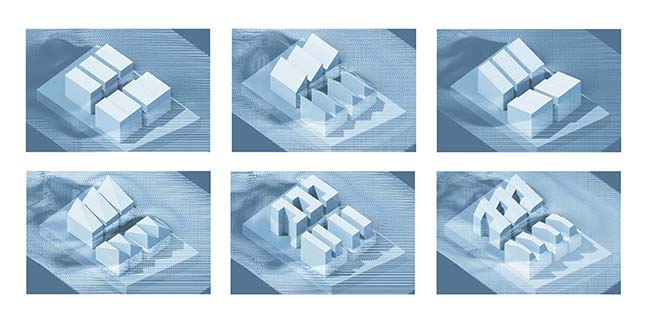 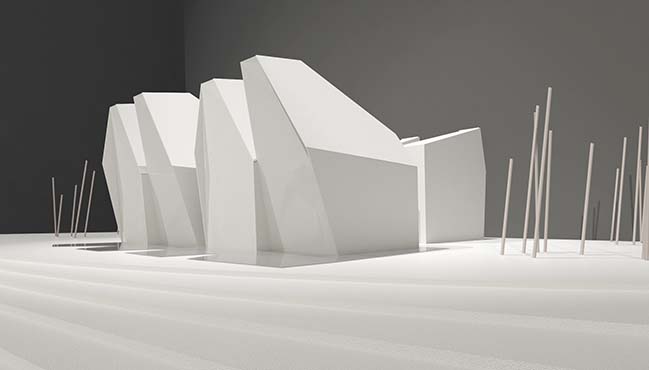 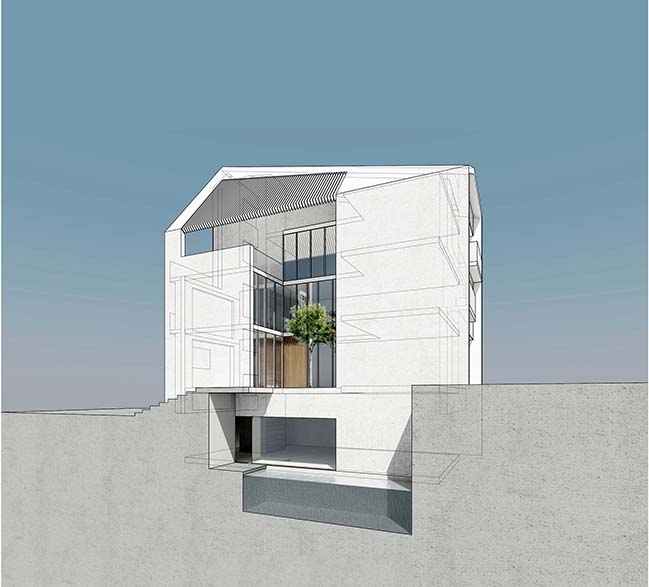 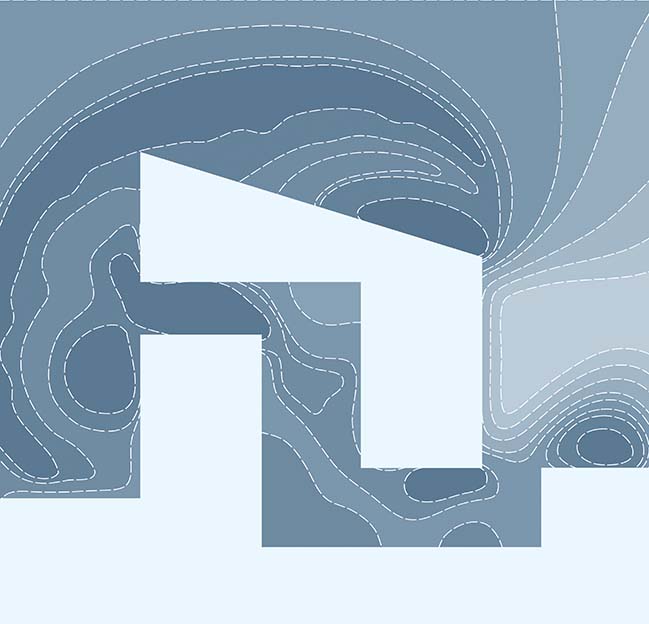 11 / 04 / 2018 ROEWU architecture based in London, UK have recently completed 7 villas on a tight urban site on the edge of Taipei, Taiwan