The Steven Holl Architects extended the Necropolis of PaoSan  with a new arrival hall to serve the complex (with 10,000 existing burial sites) and a new pavilion for 150,000 additional ashbox sites. 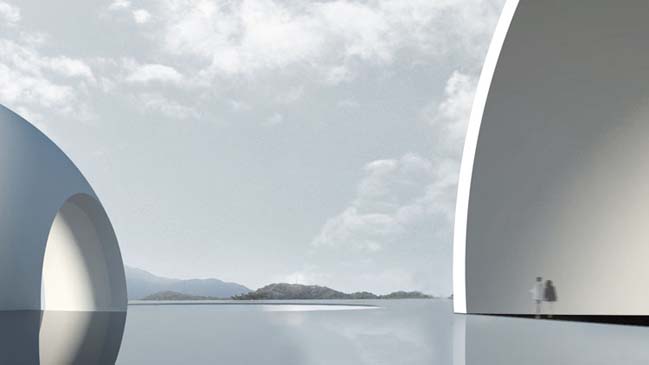 Project's description: The arrival building will contain a 21 room hotel, a restaurant, a ceremonial chapel, an auditorium, and two small museums. The new pavilion will accommodate 1,000 people for ceremonial days, as well as 50 presiding Buddhist monks conducting ceremonies. There will be an adjoining amphitheater with seating for 5,000. All religions—Buddhist, Christian, etc.—are respected and accommodated in this Necropolis. 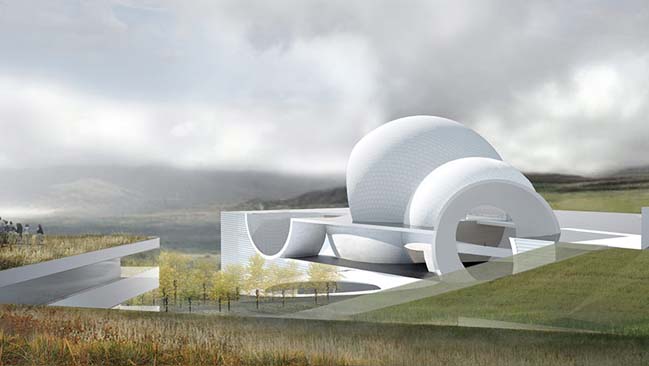 After exploring more than 30 schemes in a search for sacred space for the site, watercolor drawings of intersecting circles with their inherent universal properties and suggestive circulation typologies gradually became intersecting spheres. Model studies which yielded amazing overlapping perspectives created an astonishing spatial energy. The geometry of intersected spheres refers back to a rich ancient history of symbolism. Borromean Rings appeared in Buddhist Art, Viking rune-stones and Roman mosaics thousands of years ago. Christians have also used this symbol to portray or represent the unity of the Holy Trinity. Borromean Rings also represent the karmic laws of the universe and the interconnectedness of life. In the I Ching, the earth is represented as a square and the heavens as a circle. The intersecting spheres are embedded in a rectangular plan topped by a sheet of water, pulling the ocean horizon into the composition. 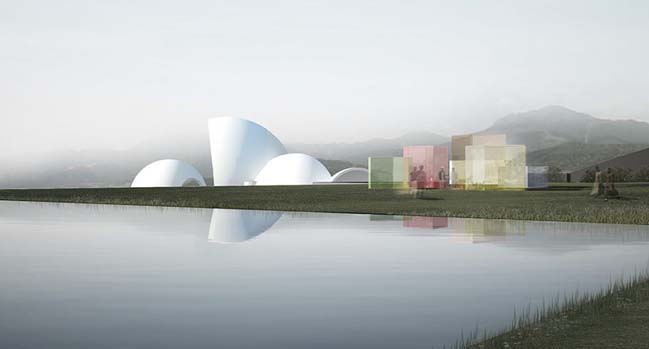 Photovoltaic cells sit inches below this water sheet providing 60% of the electricity for both buildings. The cooling via the water increases the photovoltaic efficiency by 20%. Natural light is brought into the building section via openings in the intersecting spheres. Urn shelving, which occupies most of the building’s section, is arranged in different typologies: radial, circular, and orthogonal. Construction of the Oceanic Pavilion is in white concrete with black granite floors. Hinoki wood is used for doors and partitions. Ceremonial areas are treated in translucent alabaster and gold-leaf. The arrival building, with its 21 room hotel and restaurant takes the shape of the allotted plot extruded into four levels with spherical subtractions. 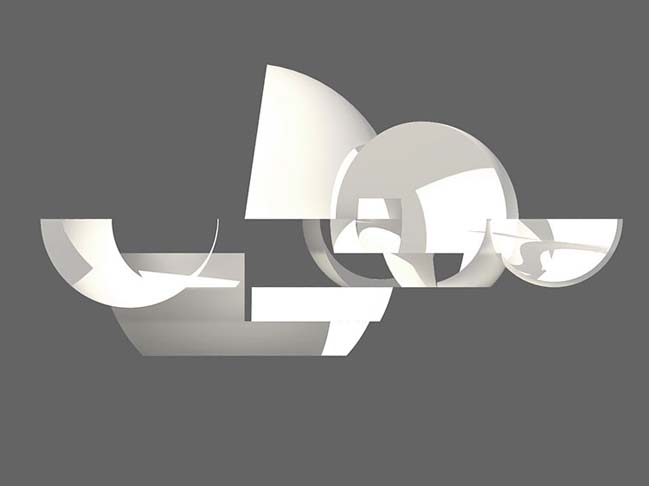 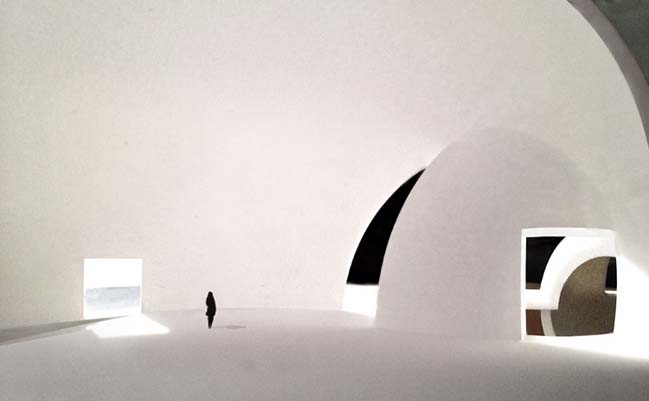 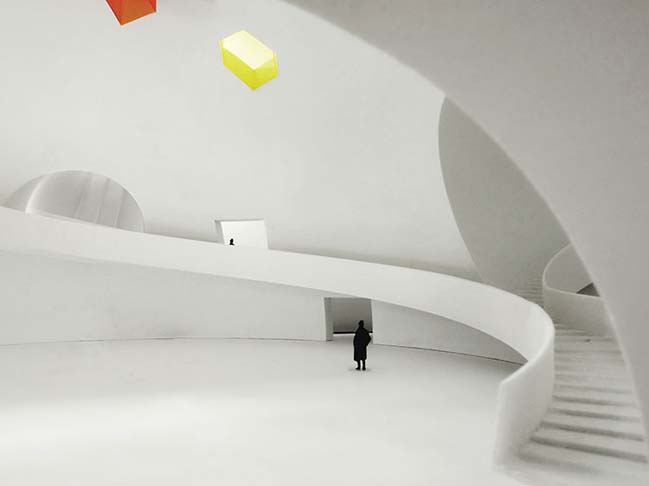 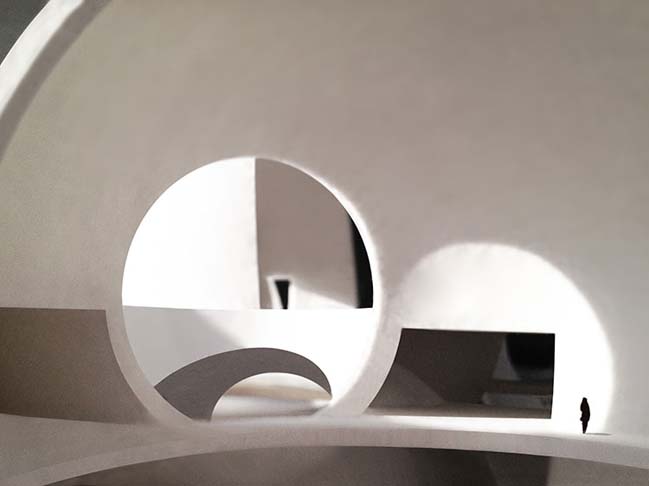 01 / 22 / 2017 The Steven Holl Architects extended the Necropolis of PaoSan with a new arrival hall to serve the complex and a new pavilion for 150,000 additional ashbox sites

Recommended post: Penthouse in Jerusalem by 1:1 one to one design studio