The opening of the 16th International Architecture Exhibition of La Biennale di Venezia unveiled the collaborative site specific environment of the Croatian Pavilion, curated by architect Bruno Juričić. The installation, that crosses the boundaries of architecture, art, engineering, robotic fabrication and computational models, won the favor of the public, by inviting to reflect on hospitality and climate change and shaping a new paradigm for architecture in the 21st century. 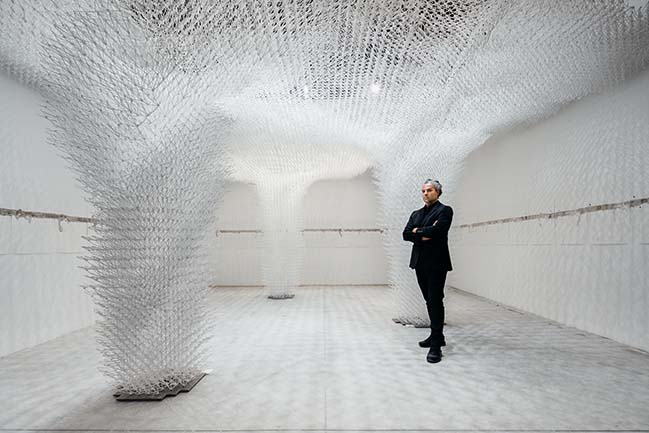 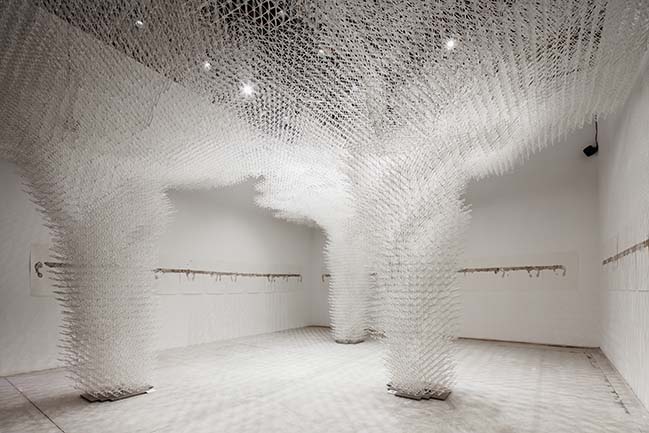 From the architect: The Mediterranean sea is a region full of history and past, of great conquests and culture. But is this a place we can picture our future in? Cloud Pergola / The Architecture of Hospitality, the Croatian Pavilion at the Venice Architecture Biennale, surprised visitors with a exhibition curated and authored by architect Bruno Juričić, by transforming a classic mediterranean typology, the pergola, into an uncommon and futuristic forest of lattice trees. A winning bet, that has brought Bruno Juričić and the artists involved in the project to re-think the way we look at hospitality, climate change and sociability. 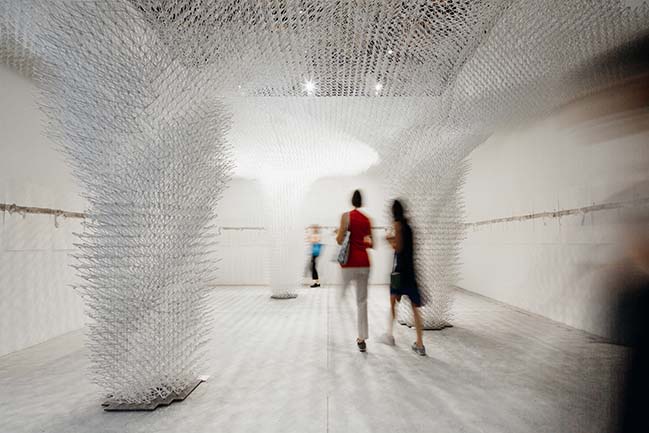 The Croatian Pavilion brought together visionary companies -Arup and Ai-Build- and advanced designers and innovation-oriented architects -Alisa Andrašek and Bruno Juričić- to envision new synergies between academic research, architectural practice and cutting-edge digital fabrication. The opening ceremony that took place last week, during the Preview days of the Biennale with a great success of public, was attended by many notable figures: Patrik Schumacher (Director at Zaha Hadid Architects), Bart Lootsma (Dean of the Faculty of Architecture at Universität Innsbruck), Ivana Omazic (former creative director at Céline), Vedran Mimica (professor of architecture at the Illinois Institute of Technology in Chicago and former Head of Education at the Berlage), Trentemøller (Danish electronic music producer and multi-instrumentalist) among them. 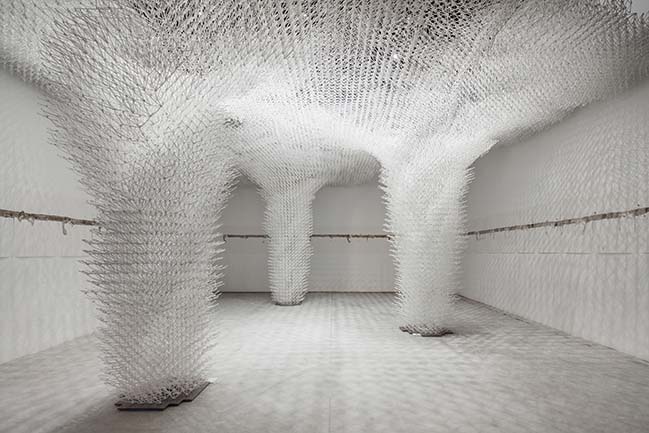 "I wanted the pavilion to push the boundaries of the aesthetics, spatial and tectonic consequences of emerging paradigms of augmented intelligence at the cross-over between architecture, art, and engineering by presenting a full-scale pergola structure made using 3D robotic fabrication and automated design protocols. The Cloud Pergola was envisioned as a paradigm for what architecture should stand for in the 21st century,” said Bruno Juričić. 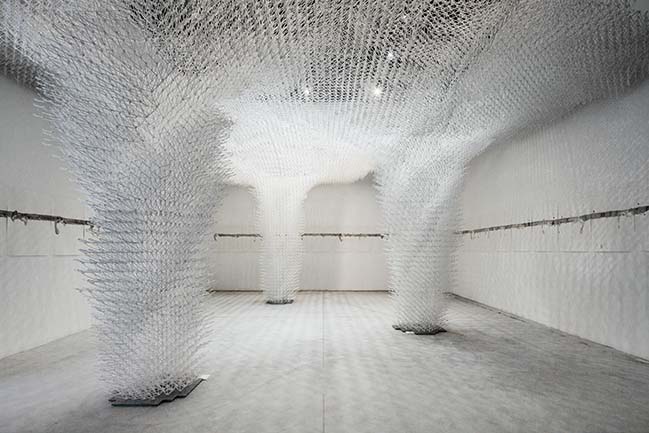 Structured through the interplay of different interventions, Cloud Pergola is the collaborative site-specific environment that remaps a unique experience, essential to the Mediterranean region: the pergola, a space where the private and the public merge, an elementary and vernacular structure that possesses a vivid significance, being both a shelter from the sun and a socially charged space. If the pergola is a space where the man-made and the natural can’t be separated, who made what here? The use of 3D generative modeling techniques invites visitors to reflect on the future of architecture and on the interplay between man and machine, human and artificial intelligence, while still offering a warm and cozy space: a more utopian vision of what could be next, a FREESPACE where visitors are invited to sit and converse, overcoming the traditional aseptic rendition of the future. 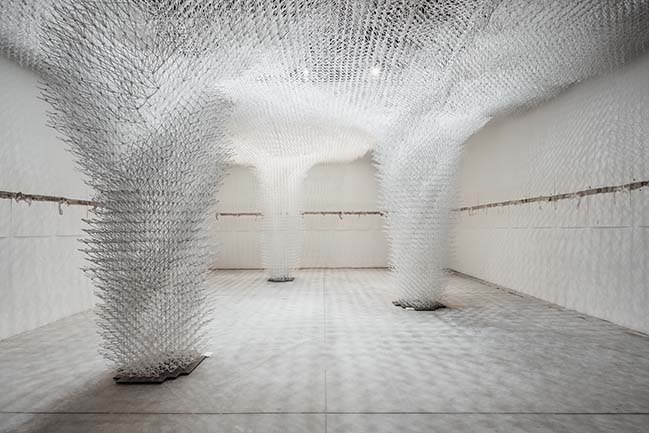 Cloud Pergola / The Architecture of Hospitality is composed by Cloud Drawing -the main installation of the pavilion, curated by architects Alisa Andrasek and Bruno Juričićthat in fact re-designs the relationship between the natural world and human intervention by mathematically capturing clouds formation, while simultaneously integrating site-specific environmental data into a synthesis of form, figure, posture, tectonics, porosity, and light effect. “The Cloud Drawing structure was designed by using a multi-agent algorithm - Alisa Andrasek and Bruno Juričić explain - where agents can be understood as active discrete elements whose behaviors are determined by a collection of rules, often based on stimulus-response logic driven by design intent and specific constraints of fabrication. The agents were conditioned to ascend from the ground up, with three simultaneous swarms spinning in relationship to each other. This spinning behaviour leaves an aesthetic imprint in the lattice capturing a “streaming” behavior as well as structural performance, with its diagonal struts shifting directionality. When they reach a certain height, their behavior changes, radically slowing down in the Z direction, and privileging horizontal movement, which results in a ceiling sequence.” 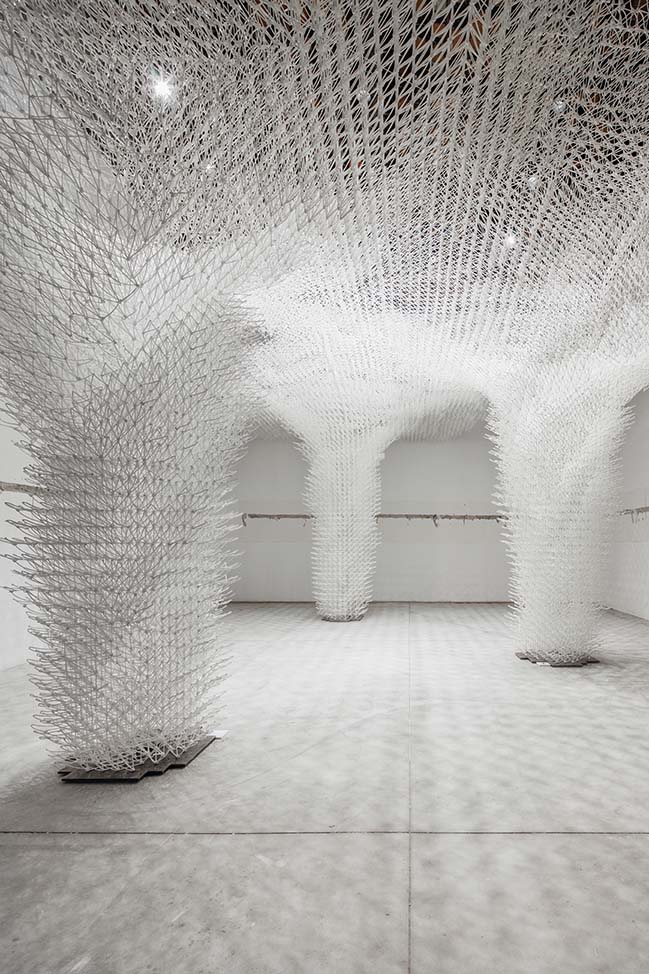 Formed of 300 kilograms of 3D printed bio-degradable plastic, the pavilion cloud-like structure is formed of voxels oriented along a field of vectors generated by a set of fluid forces designed by the architect. Arup provided structural guidance throughout all phases of the design in the definition of the voxels and in the analysis of the complex structure made of more than 100,000 extruded elements. Arup collaborated with the 3D manufacturing team of Ai-Build to develop a simple assembly sequence for the complex and delicate piece which is meant to be touring various exhibition spaces after its passage at the Venice Biennale 2018. 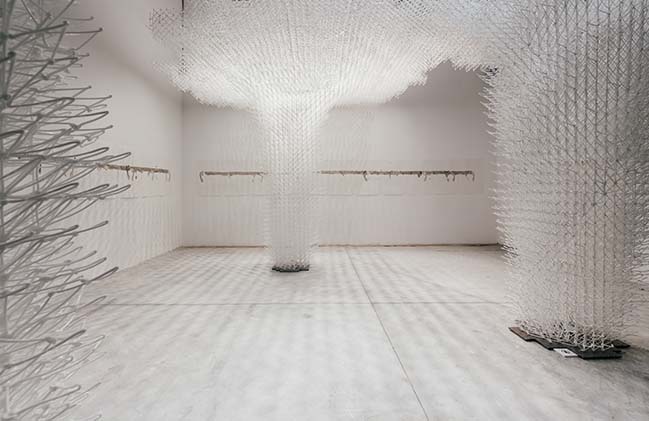 Under the cloud, a wall-based work by Vlatka Horvat is hosted: in To Still the Eye the visual artist explores the notion of horizon as a physical manifestation of distance and as a metaphor for the future, wanting to address this sense of possibility. 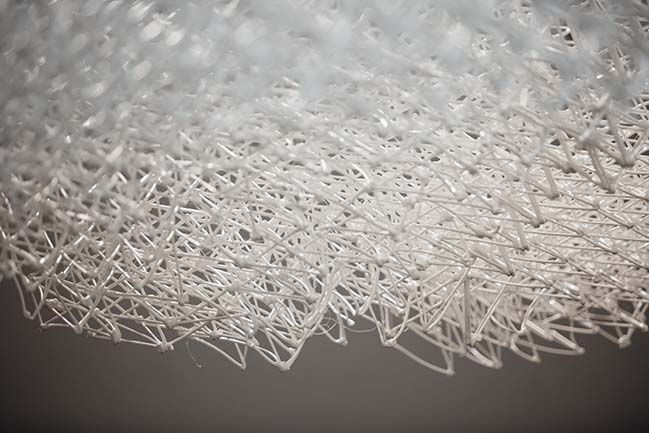 In the background, so as to create an immersive environment, transdisciplinary artist Maja Kuzmanović proposes an audio installation titled Ephemeral Garden that evokes the sense of convivial gatherings under a pergola. The murmur of conversation, complemented with the sound of animate matter, produces a space where human and non-human voices intermingle. 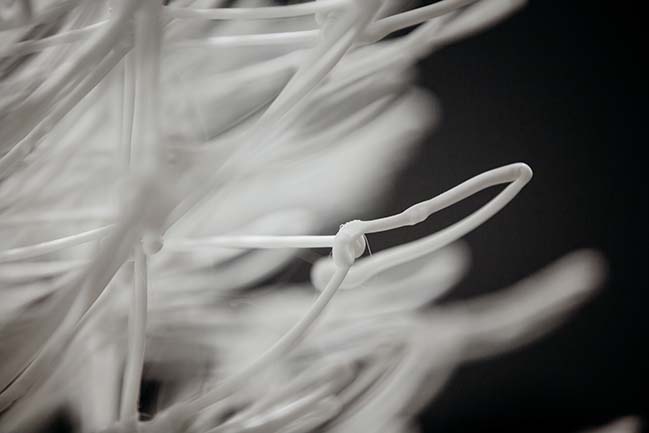 “The Croatian Pavilion stands at the forefront of computing and robotics in architecture - wrote architecture critic Bart Lootsma - and it is admired beyond technological innovation, offering an elegant, ephemeral and poetic experience. Isn’t a pergola, in its function of filtering the sun, ideally a simulation of clouds anyway? I hope I may encounter such a breezy structure or maybe even a bigger one on a hot day on the Croatian coast one day.” These important words of admiration have been echoed by the voice of numerous exceptional observers who have recognized the experimental and unprecedented nature of Cloud Pergola as a determining role in the entire exhibition program of the Architecture Exhibition of the Venice Biennale. Patrik Schumacher, director at Zaha Hadid Architects, stated: “The Croatian Pavilion propels the 21st century account on architecture, while mainly all the other pavilions at this year biennale look like 20th century architecture.” 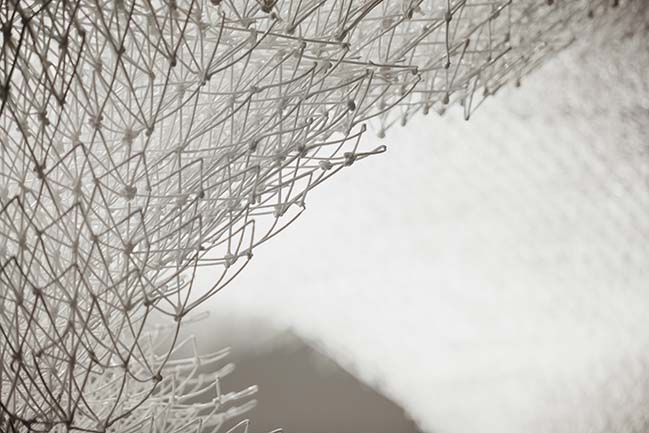 Cloud Pergola / The Architecture of Hospitality originally interprets FREESPACE, the theme proposed by Yvonne Farrell and Shelley McNamara, directors of the 16th International Architecture Exhibition of La Biennale di Venezia, and takes it one step further, transforming the intricate structure of the pergola into a tissue for osmotic exchange, designing the land of tomorrow, merging past and future, nature and technologies, human and robotic perspective. Cloud Pergola is the place where engaging the issues of tomorrow, a place where a Mediterranean architecture becomes an unprecedented landscape of the future.

The Croatian Pavilion will remain open for the entire duration of the Architecture Biennale, until 25 November 2018. 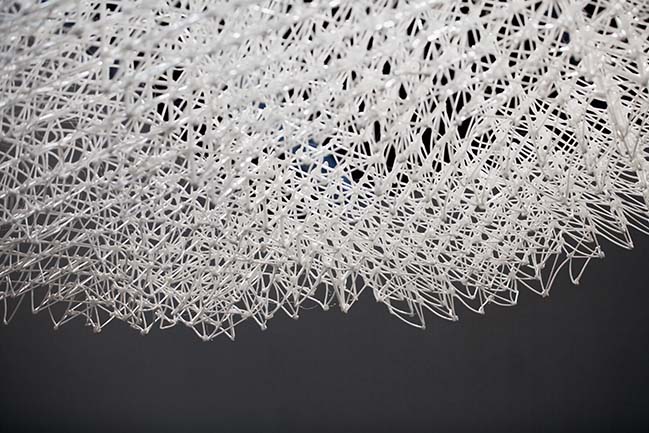 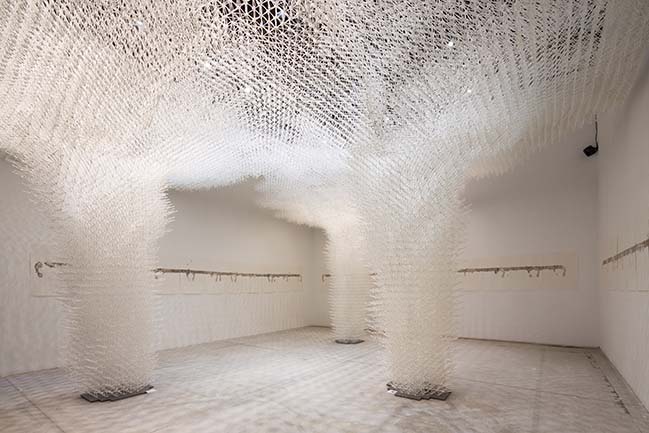 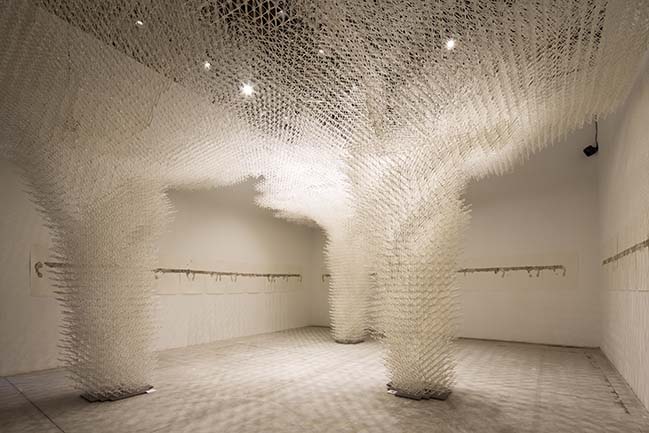 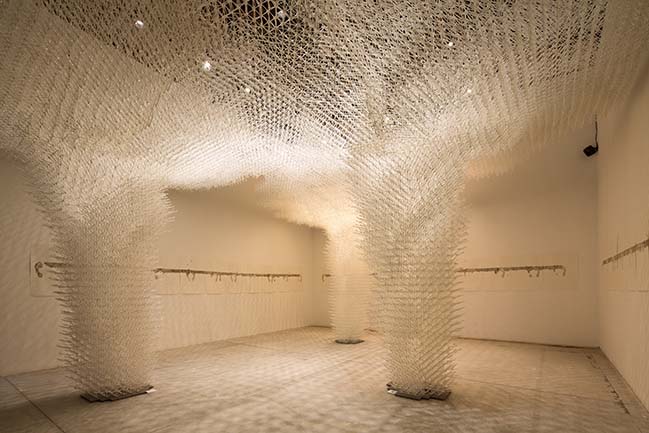 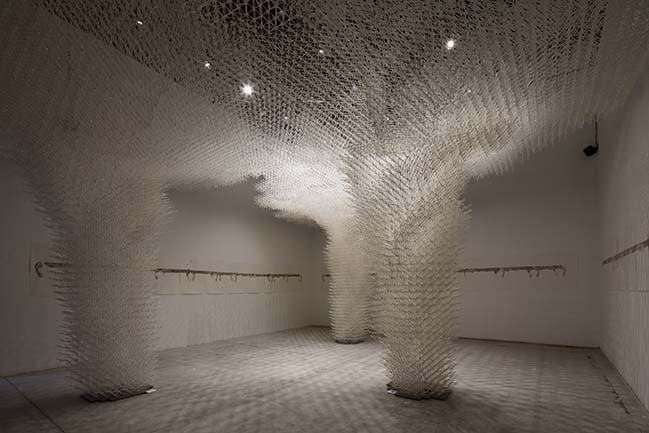 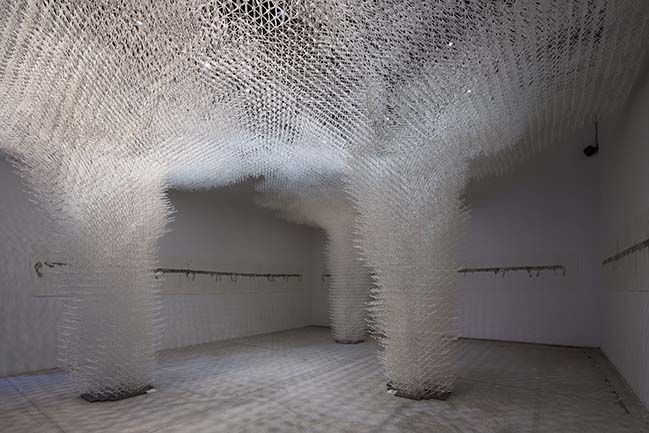 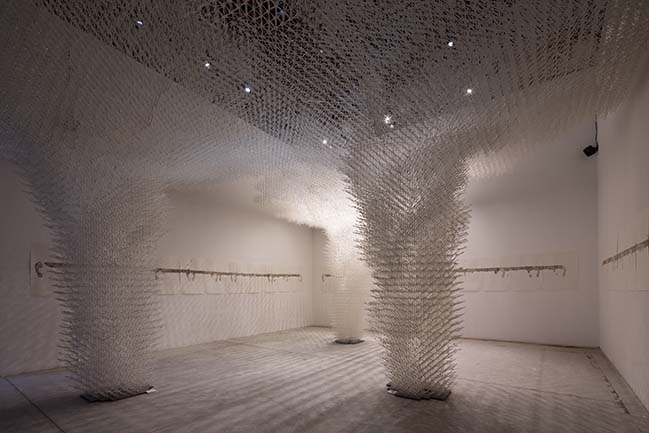 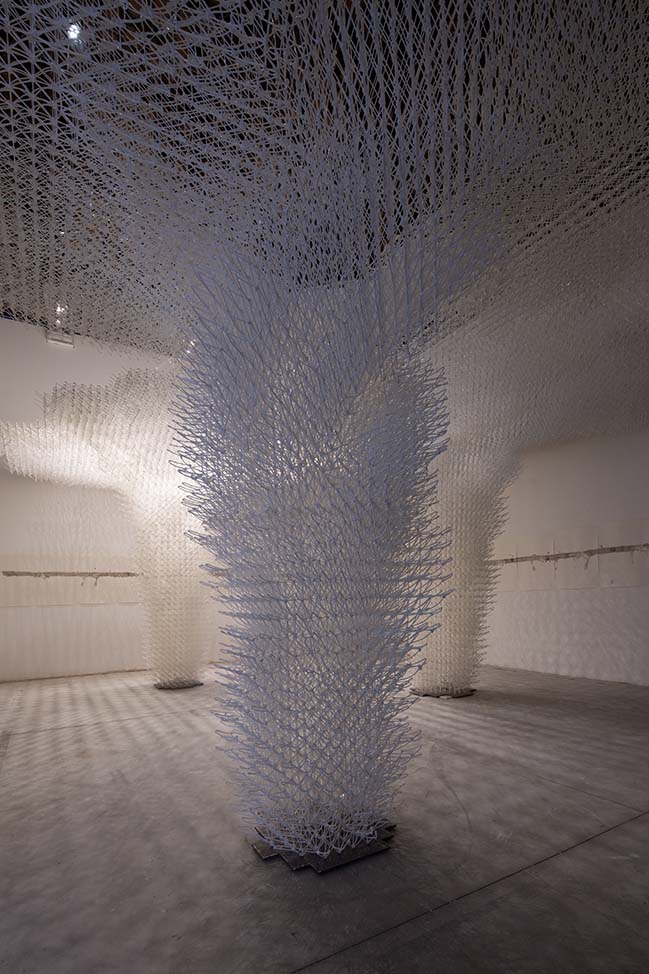 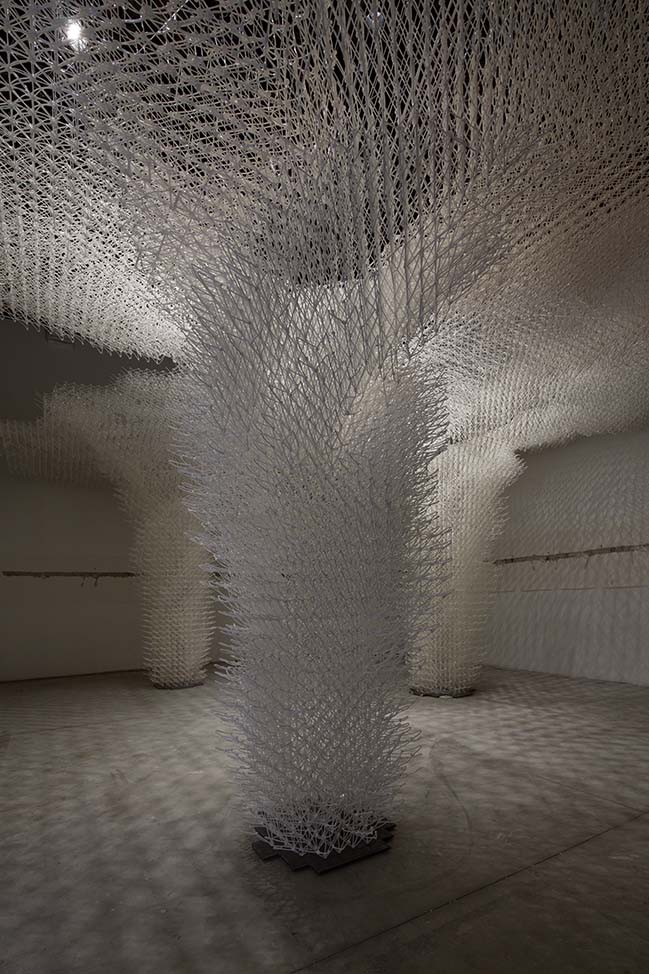 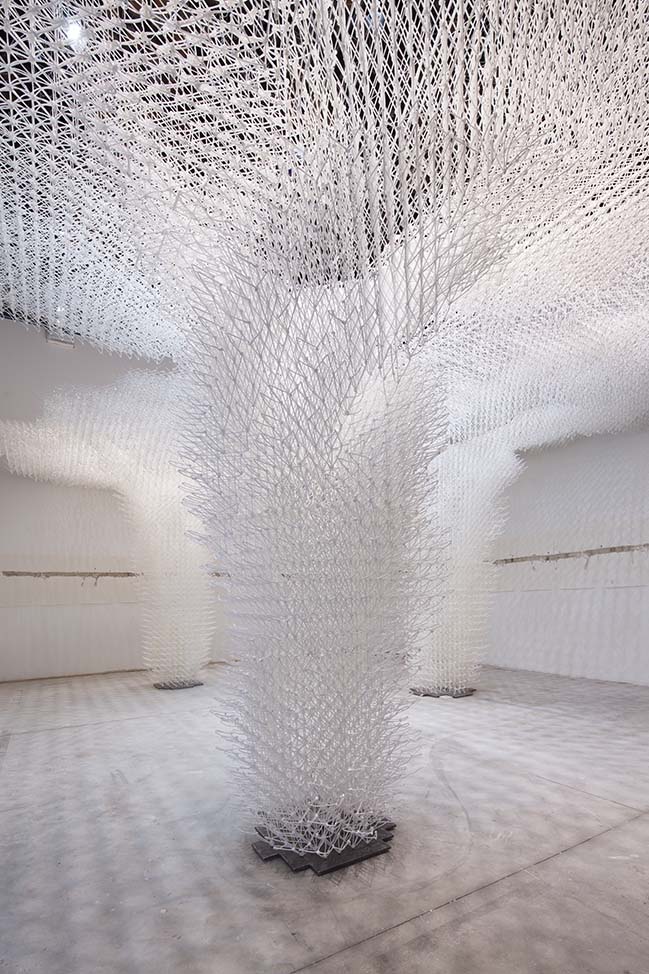 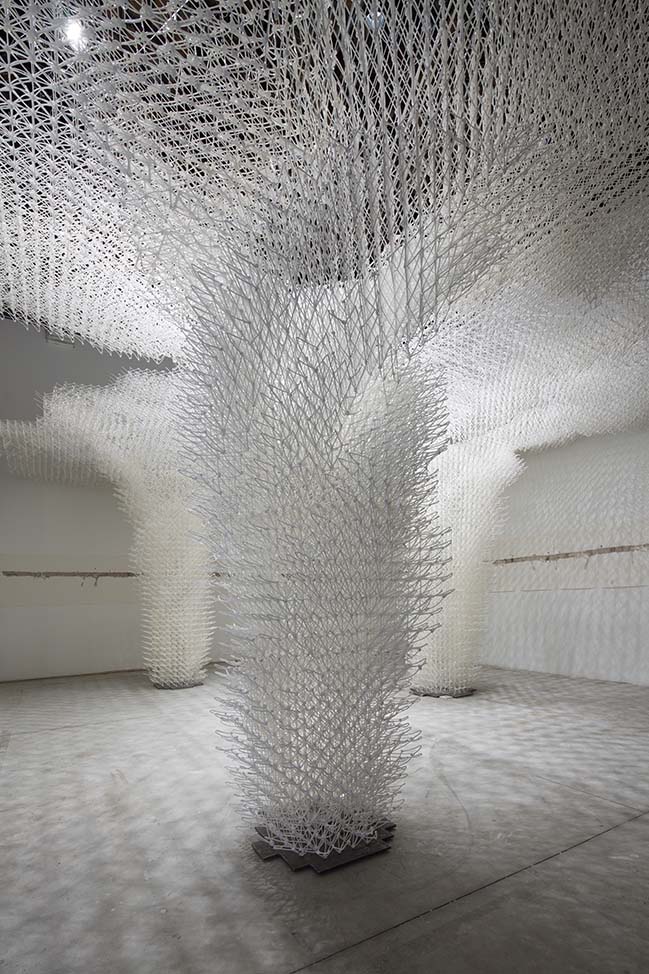 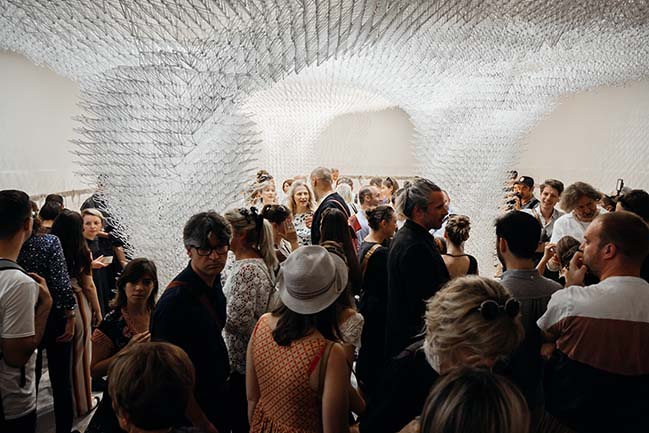 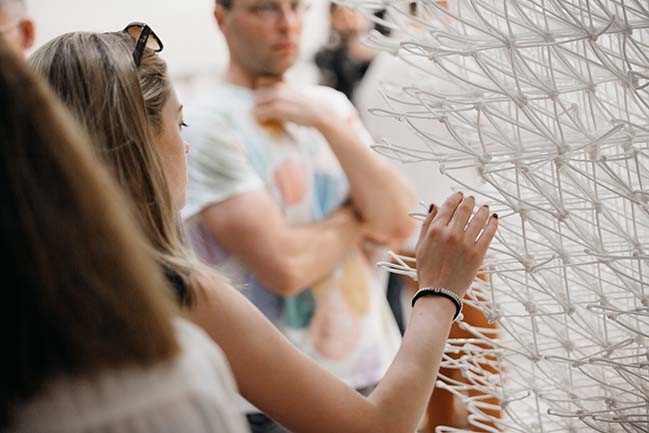 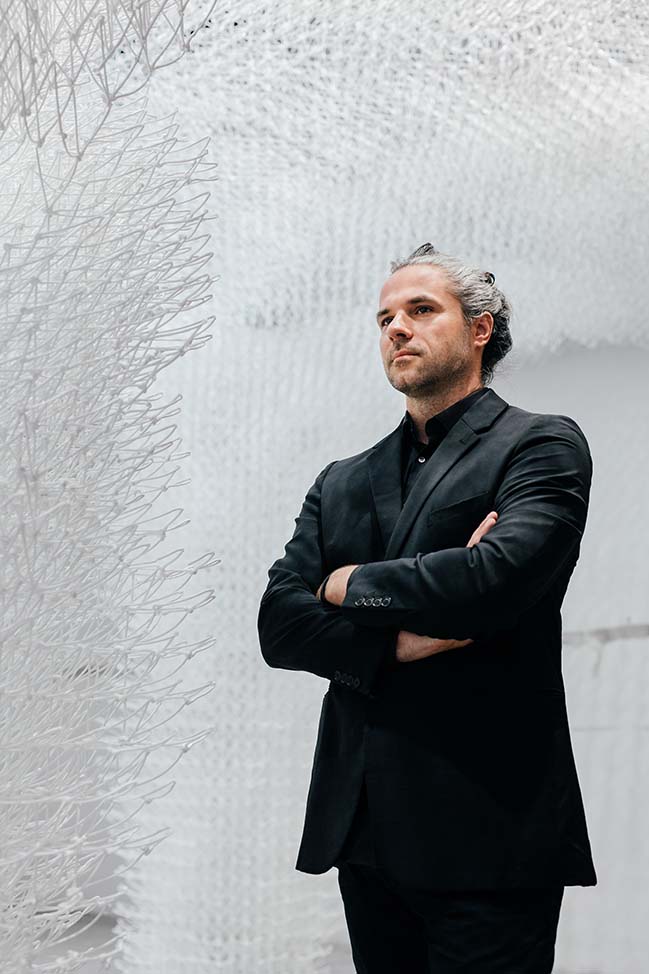