Benthem Crouwel Architects designed the AM4 - Equinix's new data center, makes the invisible visible: the abstract data cloud is wrapped in an impressive tower where 12-storeys of servers facilitate our internet traffic and data storage 24 hours a day. 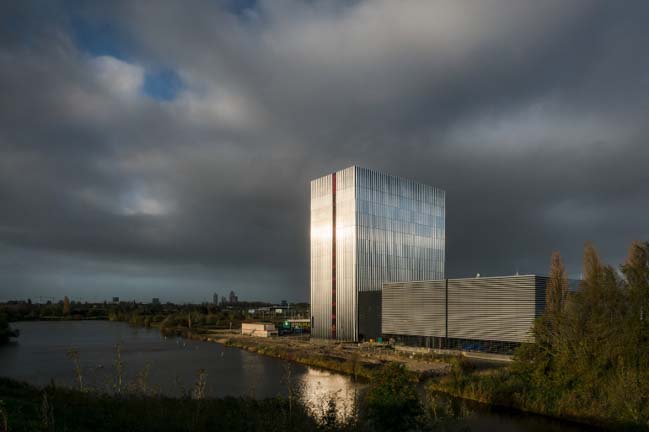 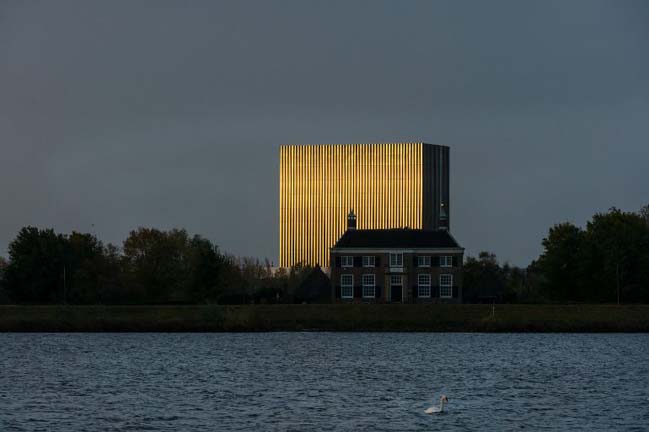 From the architects: The tower with a height of seventy-two meters has been opened this summer on the Science Park, an academic campus in Amsterdam. From the ringroad A10 this 'cloud box' is clearly visible. The new building is Equinix's second data center on the Amsterdam Science Park.The campus processes about 38 percent of all Dutch data traffic. In Europe, the Amsterdam area - together with London and Frankfurt - is one of the most important data center hubs. In 2012, the first data center was opened, AM3 - with horizontal lamellae, and now the tower - AM4 with 24.000m2 of server space - has been added. The buildings are linked by bridges. 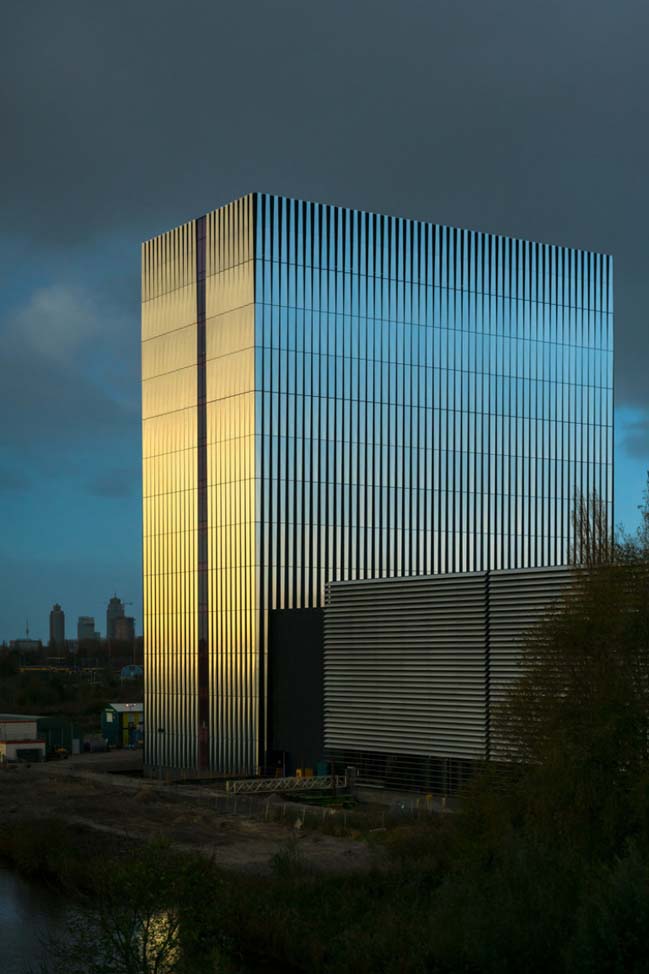 The Netherlands was the first European country to be connected to the internet. Data centers exist here since 1988; the first was at the center of Mathematics & Informatics, also on the Science Park in Amsterdam. Previously, data centers were not prominent buildings in our environment, but anonymous boxes in remote industrial areas. Due to the emergence of cloud services and big data, the data center market continues to grow exponentially. This sector, one of the strongest pillars of the Dutch economy, is now indispensable in our society. 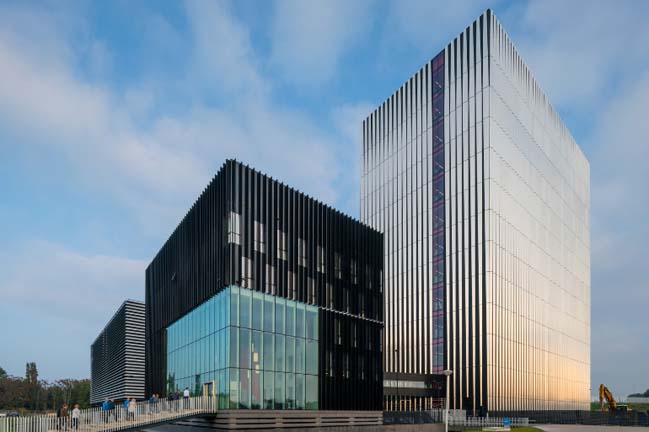 Designing the data centers was a paradoxical task, according to architect Joost Vos: "The buildings had to fit in with its surroundings. They must be attractive, however not too welcoming. We all want our personal data to be safe, but we feel awkward about large data centers in our cities, because we don’t want fortress-like buildings surrounded by high-security fences in public spaces." 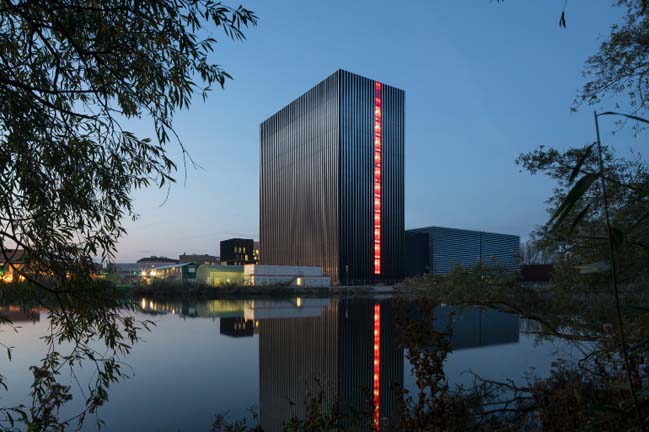 We designed a canal as the first layer of safety, a more friendly alternative to barbed wire fences. Employees and visitors then go through an identity checkpoint in a light and spacious lobby. To reach the data center, the visitor walks over a bright red bridge which marks the passage to a strictly secured area. After scanning fingerprints, one enters the ‘white space’, where the servers are located. It is a totally different experience from being in a converted warehouse, the type of building mostly used for data centers. The exterior is grand, clean and cool: it resembles a large hard disk, with horizontal slants passing the air from the cooling system. The high-rise building is made of triangular aluminum profiles, which are black on one side and silver on the other, and become more narrow in the top - an optical illusion that makes the tower look slimmer. 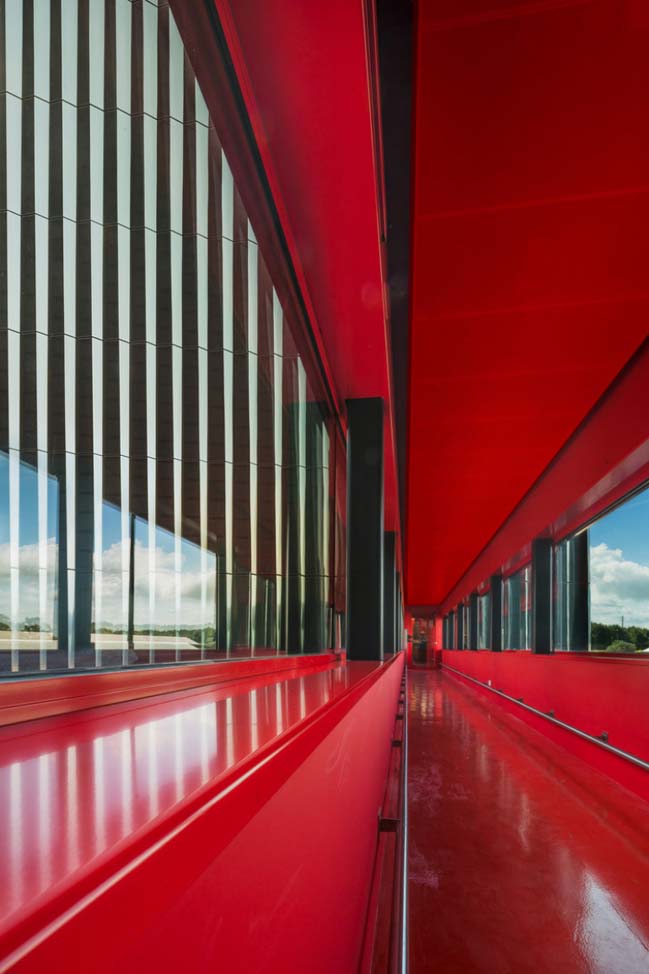 AM4 is equipped with energy storage systems. When heat is generated, it provides heat for other buildings at Amsterdam Science Park. "On the one hand, you see that we’re increasingly storing data in the cloud; currently, there is a lot of demand of new datacenters. On the other hand, there is continuous miniaturization, which results in less storage space. We have also taken into account that when less server space is needed, the facades can easily be replaced, and the building can be easily transformed into a laboratory, office and/or apartments. 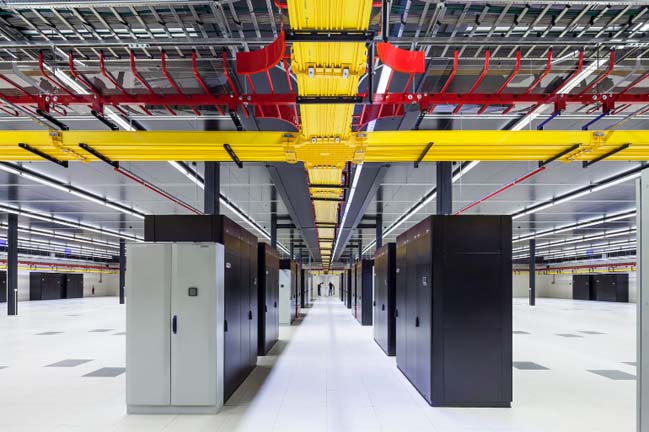 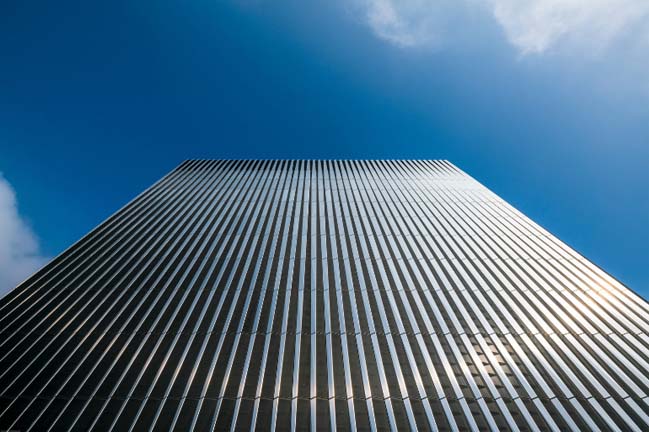 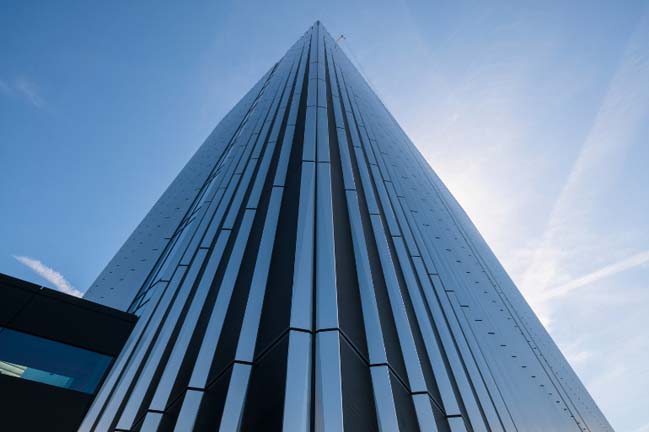 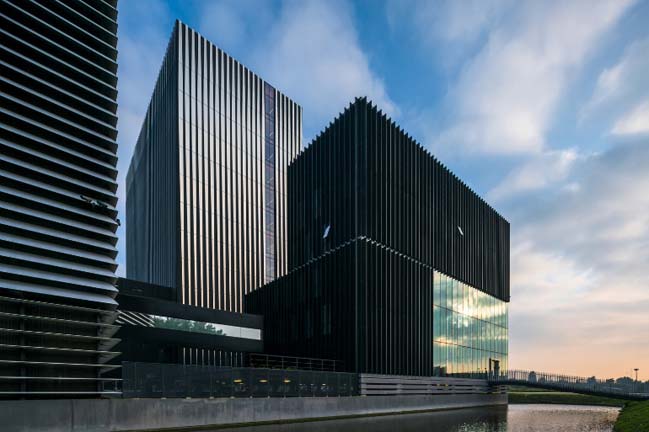 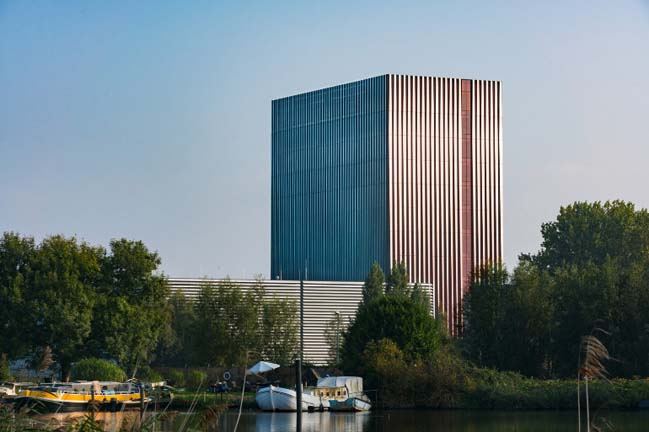 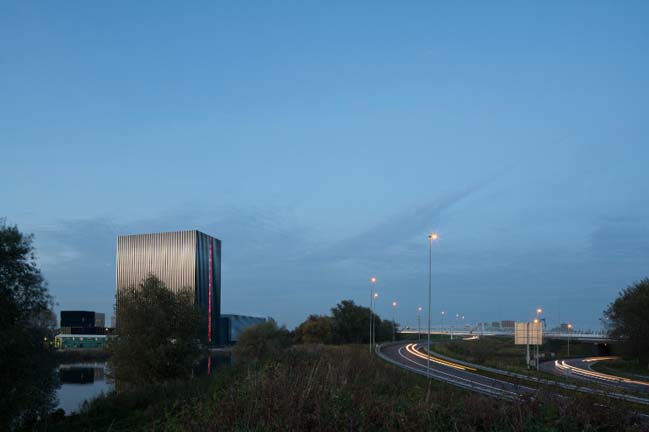 Recommended post: A house in a church by Ruud Visser Architecten