The Amsterdam-base architectural firm Dus Architects designed the eye-catching entrance facade for Europe Building which consists of unique 3D printed elements made of bio-plastic that can be fully recycled after the presidency is over. 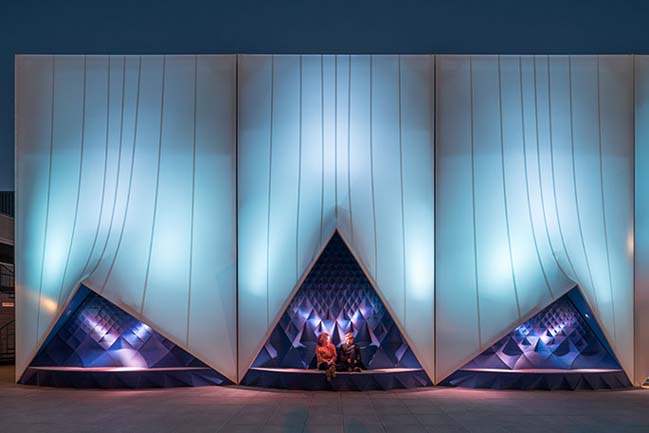 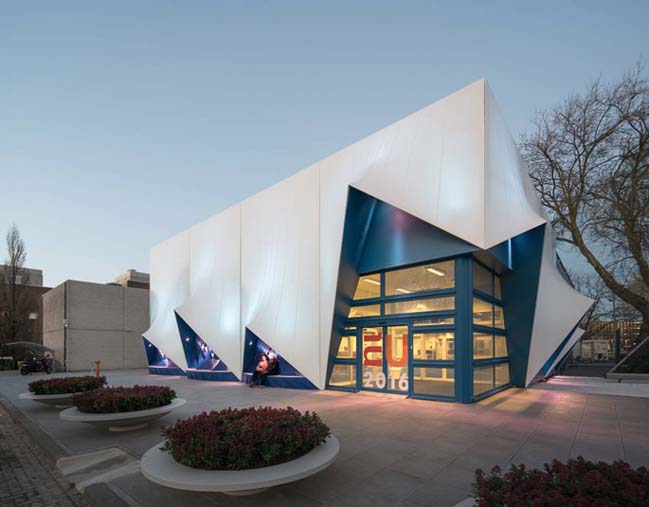 Project's description: The EU Presidency takes place in the Netherlands for half a year starting January 2016 at the Amsterdam Marineterrein (Marine Area). Here European politicians gather in the mobile ‘Europe Building’ made especially for this event. 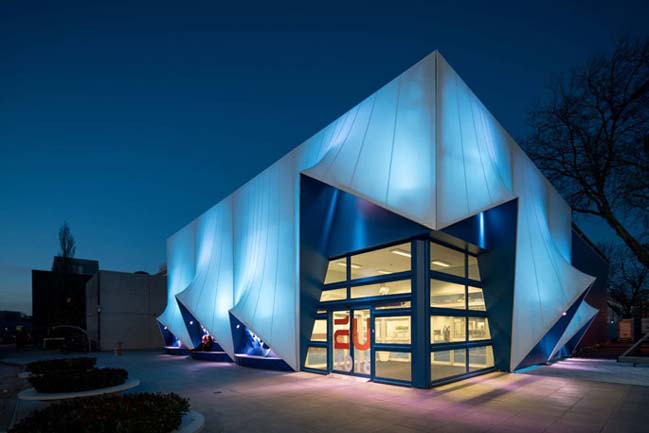 The entrance of the building is partially constructed with playfully shaped sails that refer to the historical sailing ships that used to be built in this area. This creates alcoves, which house EU-blue coloured 3D-printed benches. The printed patterns build up from large to small and round to square and depict the variety and community of the EU countries. At night the sails are lit gradually with a pulsing light. 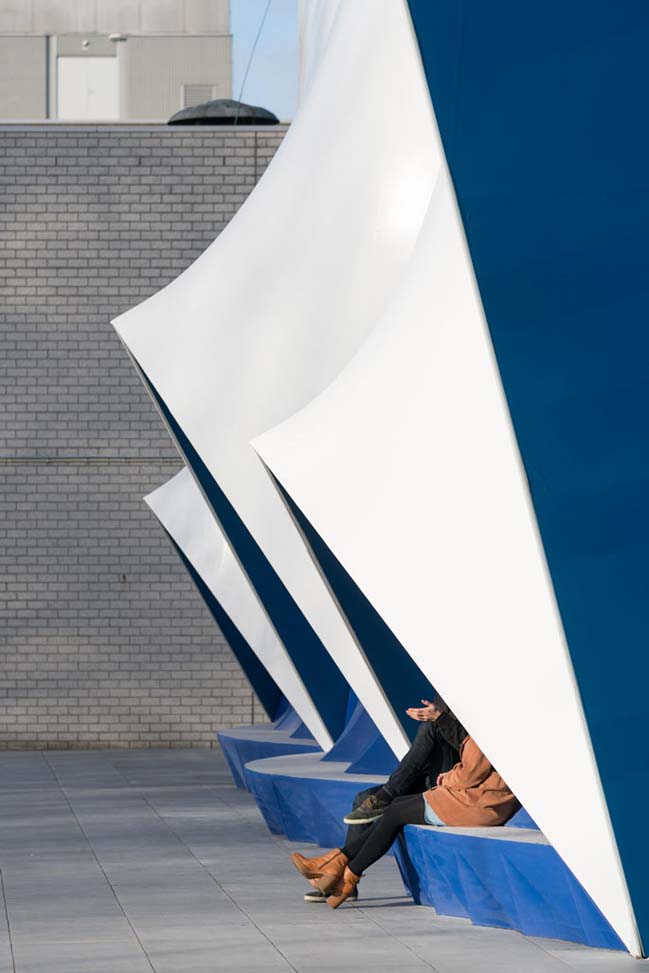 Every seating element is parametrically designed and fits perfectly within each alcove. They are prototypes developed especially for the EU presidency, and printed locally with the XXL 3D printer of the 3D Print Canal House in Amsterdam. This life-size printer can print elements up to 2 x 2 x 3,5 meters. The prints are made of a specially developed bio-plastic and the seating surfaces are filled with a light-coloured concrete. The bio-plastic can be shredded and reprinted after the presidency is over. This is the first time in the world that these kinds of XXL 3D prints are being shown in the public domain. 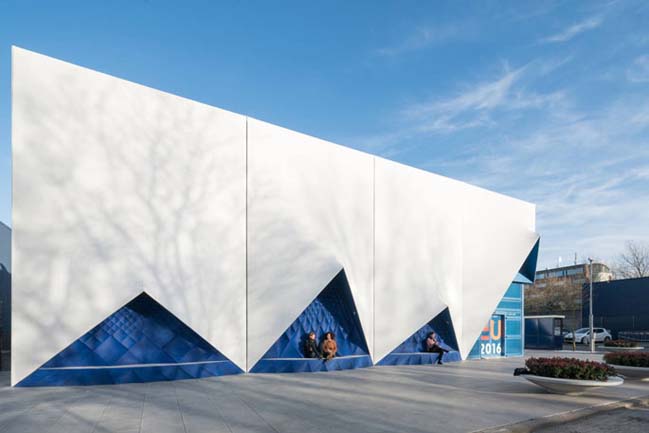 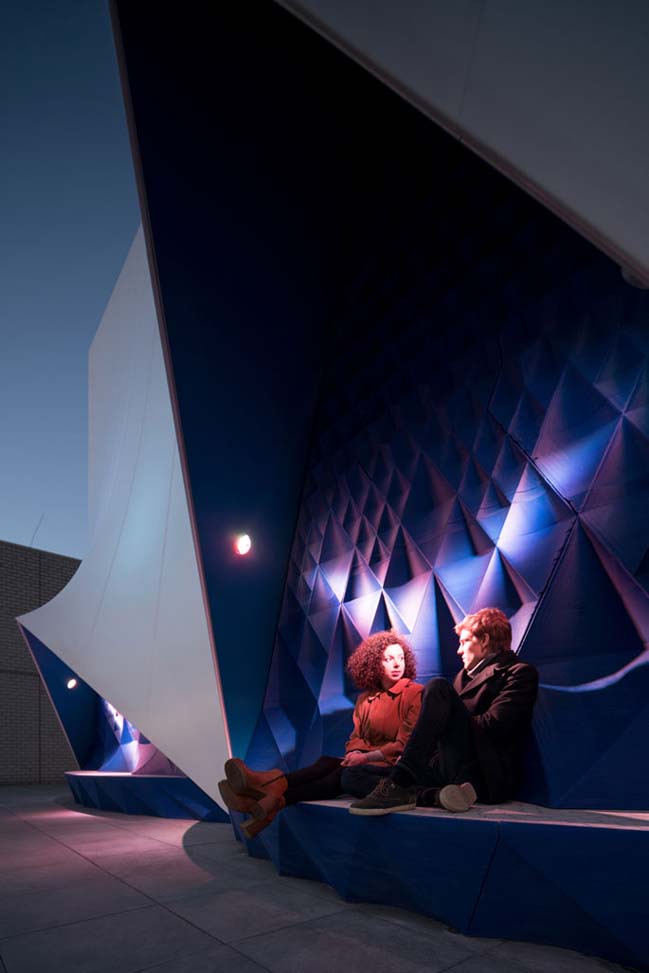