Dedece's new Melbourne showroom is housed within a former goods warehouse that is located within an industrial estate. As such, the building's typology consisted of a double height warehouse and loading dock fronting Dale Street with an adjoining two story administration unit at the rear. 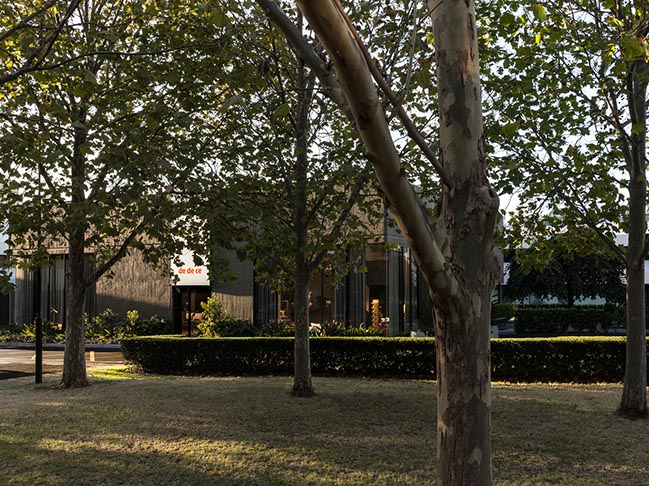 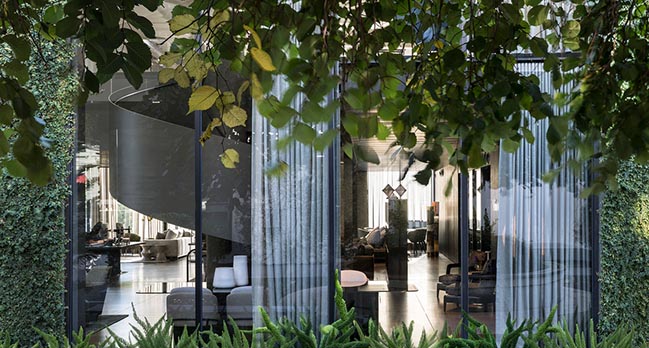 From the architect: The concept behind this project was simply to create “a room with two views”. Existing facade openings were removed from the concrete tilt-up panel facade. New internal structure allowed for the removal of multiple tilt-up modules to form new 4.4m high window bays at each corner and side to activate views of the park across the road and to an existing mature tree within the estate. Internally, a T-shaped mezzanine was inserted into the double height space to form two dramatic voids framed by the new corner windows. A large sculptural staircase was set within one of these voids to break the internal spatial symmetry. 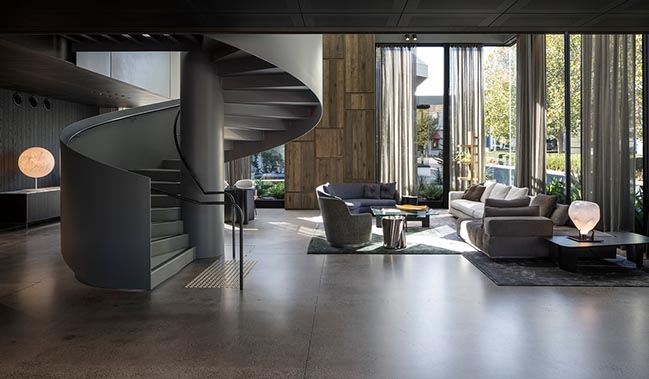 The new glass entry vestibule was recessed under the new mezzanine soffit, providing visitors with a spatial experience where they are compressed and released into the double height voids as they explore the furniture settings. 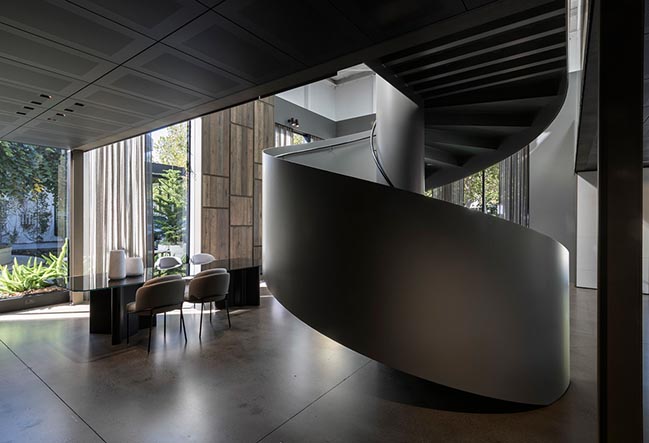 The material palettes for the lower and upper showrooms had to be complimentary where they overlap, whilst allowing the differences of Dedece’s two major brands – Minotti & Knoll – to be defined. Hence the moody and sophisticated palette of Minotti downstairs meets a fresh modernist palette introduced upstairs for Knoll through the use of lightweight porcelain marble tiles. 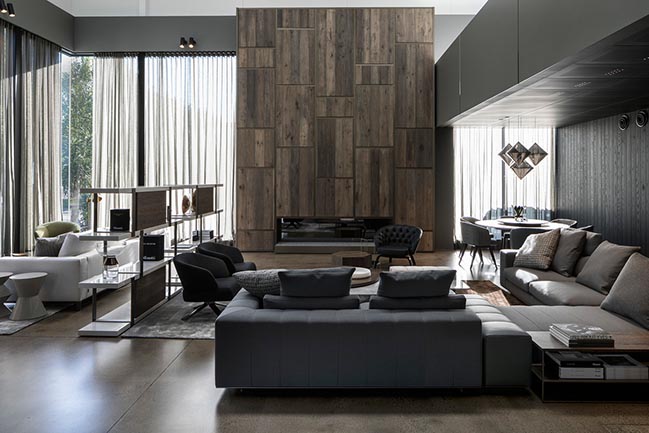 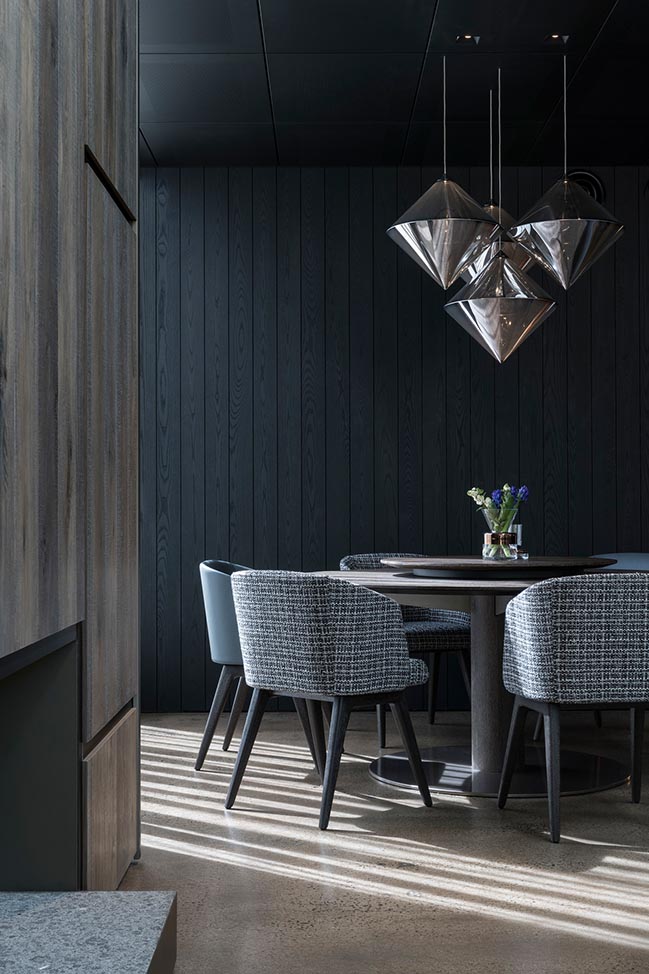 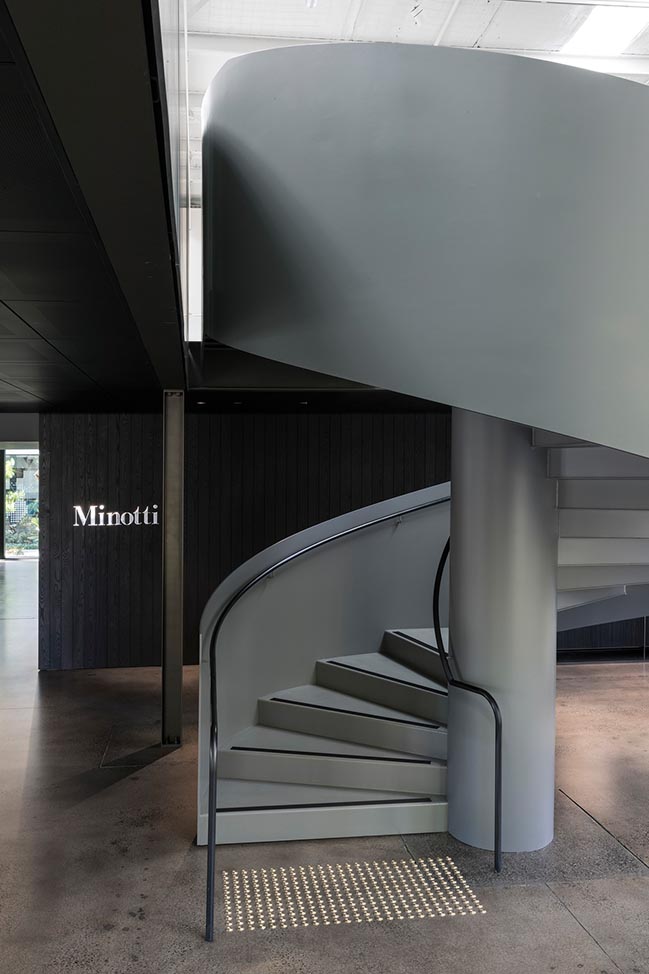 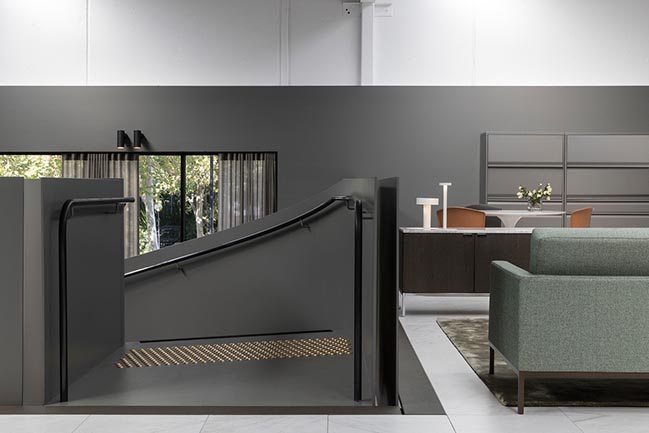 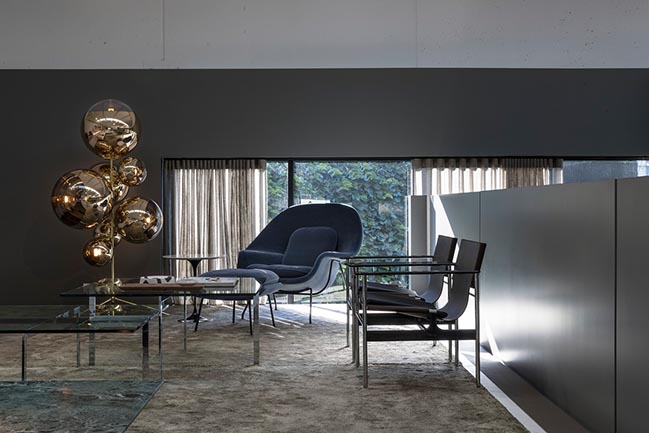 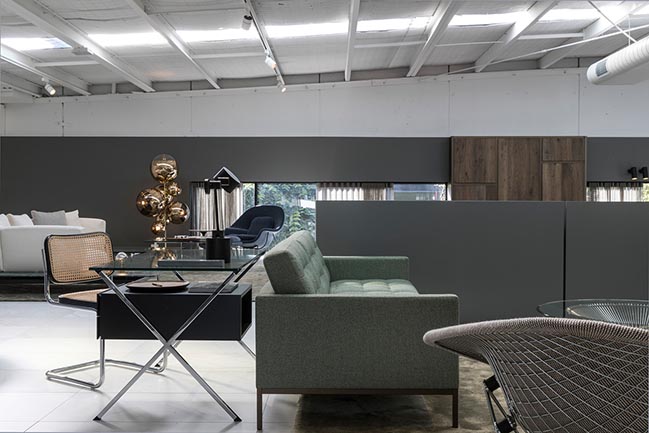 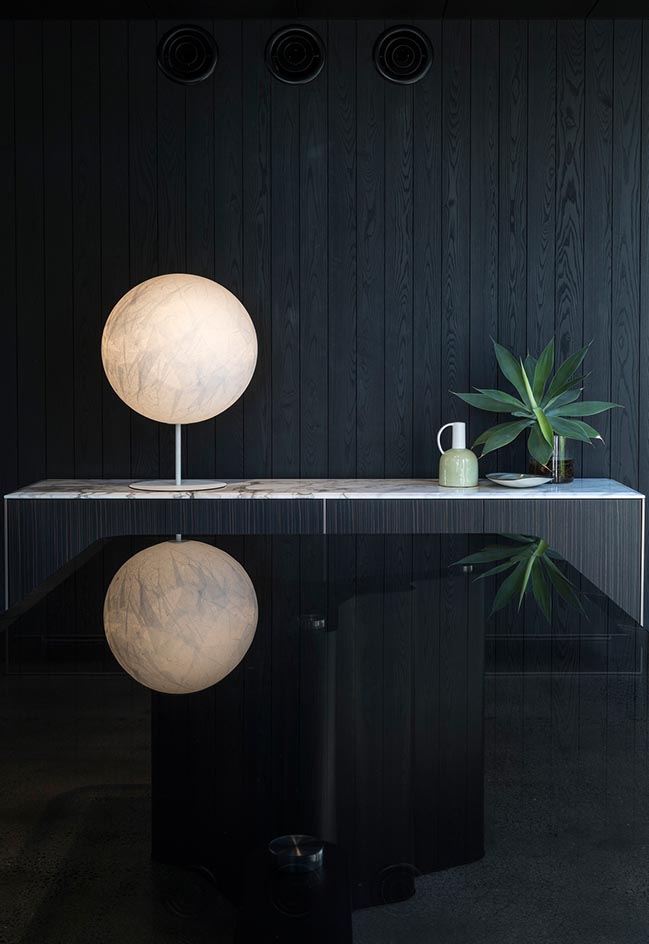 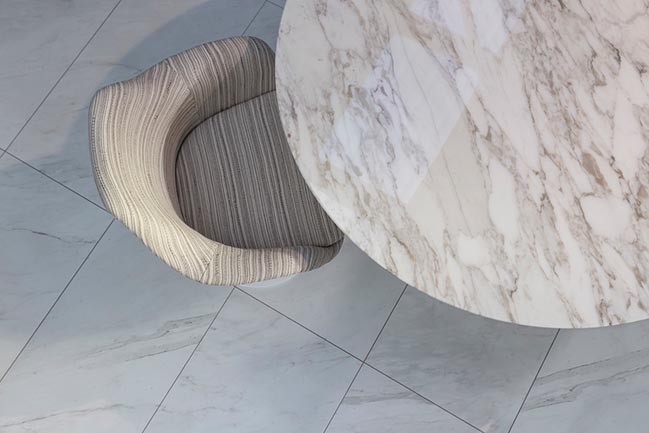 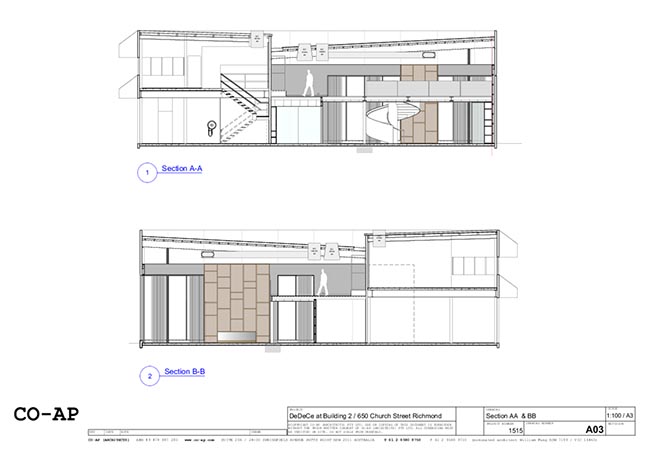 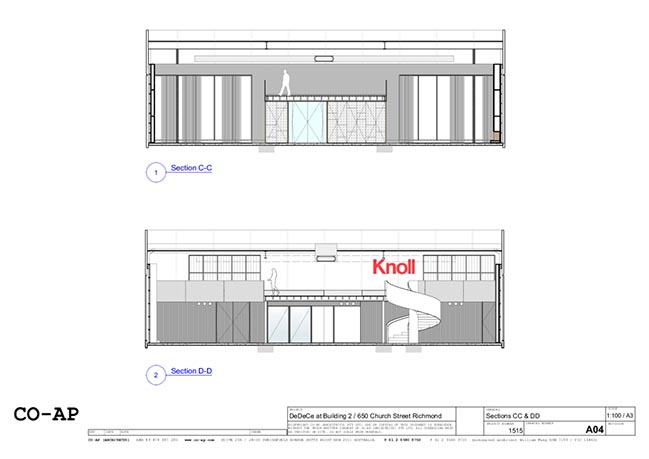 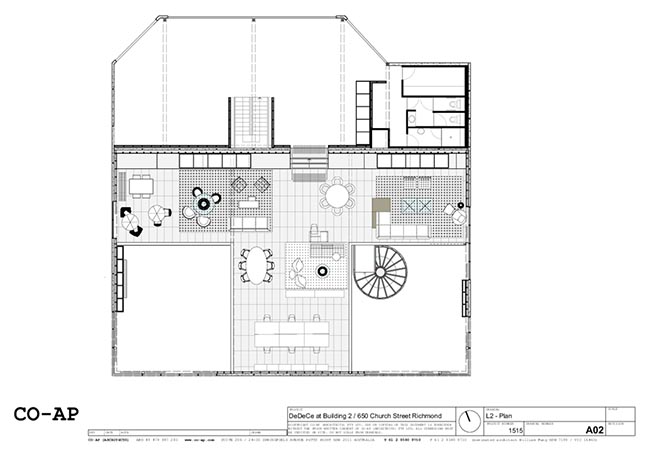 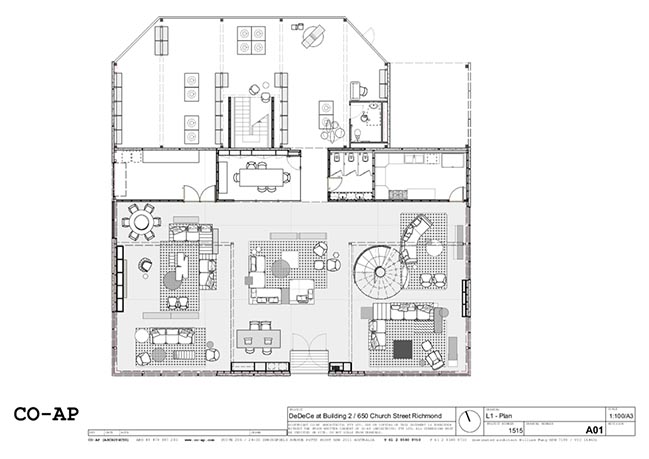 02 / 19 / 2019 Dedece's new Melbourne showroom is housed within a former goods warehouse that is located within an industrial estate...