Dorte Mandrup once again proves her ability to create architecture in extraordinary, irreplaceable landscapes. The Danish architecture studio has won the international competition to design the new attraction, The Whale, 300 km north of the Arctic Circle in northern Norway. 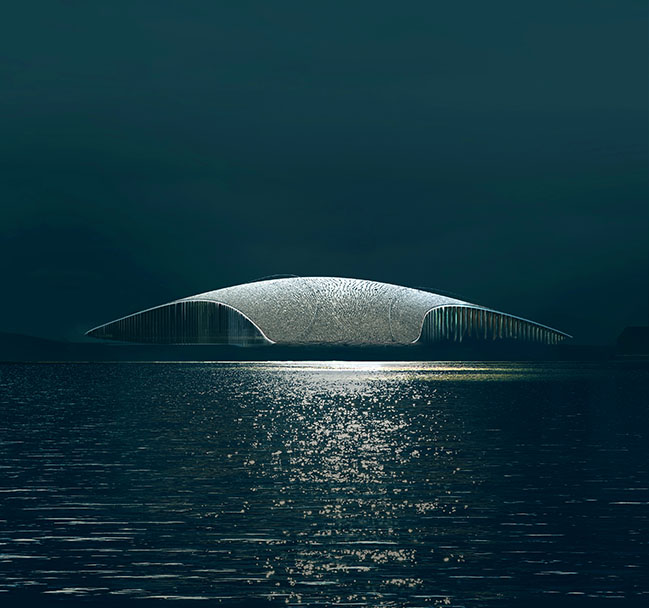 From the architect: Danish architecture studio Dorte Mandrup A/S together with Marianne Levinsen Landskab and the consultants JAC Studios, Thornton Tomasetti, Nils Øien and Anders Kold have been announced as the winner of the international design competition to design a new attraction on the island of Andøya in Northern Norway. This is one of the best places in the world for whale watching, and the new building, The Whale, will tell the tale of this fabled creature through art, science and architecture. 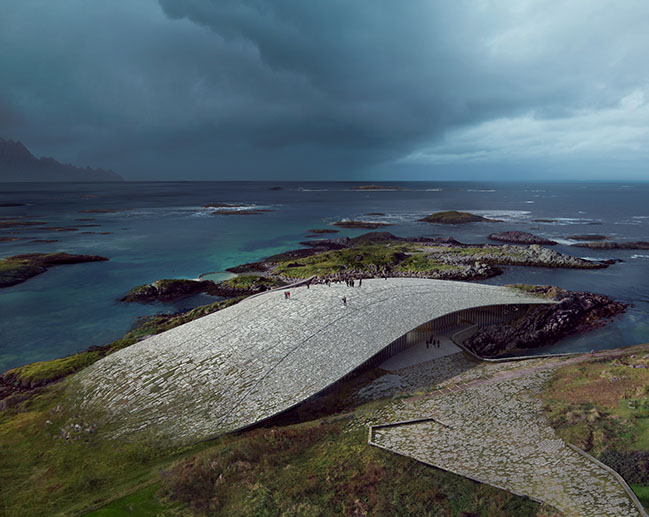 “Located this far North, Andøya is a unique place and The Whale an extraordinary project. Not only will we be creating architecture in yet another remarkable landscape, but we will also take part in increasing the understanding of whales and preservation of marine life,” says Founder and Creative Director, Dorte Mandrup. “Right here on the edge of the ocean, we will be making a mark in a magnificent and ancient landscape. This opportunity comes with a great responsibility, which is extremely motivating and inspiring,” she adds.

A World Class Attraction in the Arctic Dorte Mandrup has designed a building that grows out of the landscape. It rises naturally as a soft hill on the rocky shore as if a giant has lifted a thin layer of the crust of the earth and created a cavity underneath. The ambitions for the new building are high, and a visit to The Whale should be an unforgettable part of a stay on Andøya – a place that augments the monumental experience of the nature and the landscape. This remote location already has 50.000 yearly visitors and The Whale will significantly strengthen Northern Norway as a travel destination. 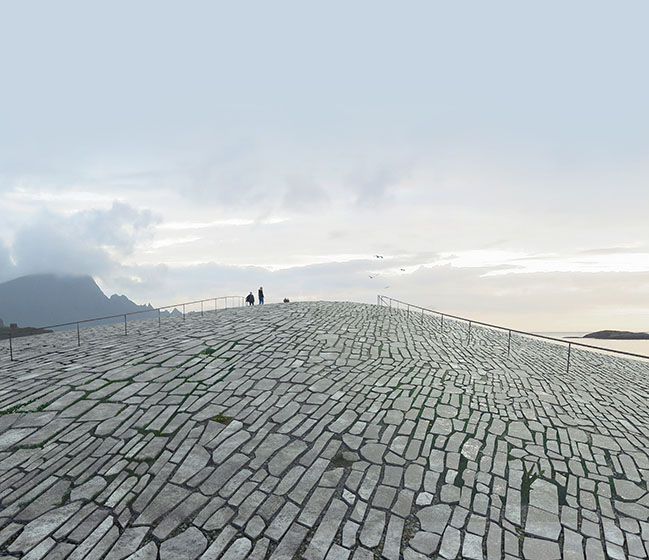 “Choosing a winner of the architectural competition has been a major challenge because we had several proposals of a very high quality. However, the project from Dorte Mandrup is a clear winner and meets the competition criteria in the best way. It is poetic and low-key and at the same time a very exciting and unusual building. We look forward to working with Dorte Mandrup to realize The Whale in Andenes. With this fantastic proposal, we have what it takes to create a world class attraction,” Børre Berglund, CEO of The Whale AS and head of the jury for the architectural competition.

Dissolving Lines Between Landscape and Building The curved roof will be covered with stones that naturally patinate and underline the connection between the Norwegian landscape and the building. As with the Wadden Sea Centre in Ribe and the Icefjord Centre in Ilulissat, Dorte Mandrup has designed a building which doesn’t simply fit into the landscape – it enhances its character and adds a complementary element. 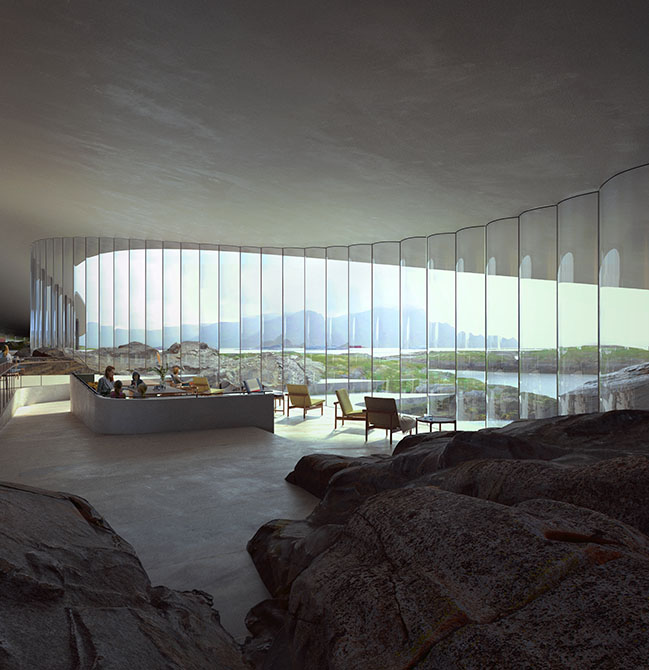 The landscape on the site was critical in defining the shape of the building. The parabolic form of the roof is defined by three high points on the site, and the foundation is informed by the landscape beneath it. Large windows that open toward the archipelago underline the connection between landscape and building and create a visual connection between the exhibition spaces and the vast natural surroundings. A connection which is further enhanced by rocks showing multiple places in the building.

The building will house exhibition spaces, offices, a café and a store. Dorte Mandrup presents a design that respectfully ties the waterfront site with the ambitious goal to protect the marine environment and its wildlife through art, science and architecture. Dorte Mandrup's winning proposal will form the basis for the construction of the new building, which is expected to open in 2022. 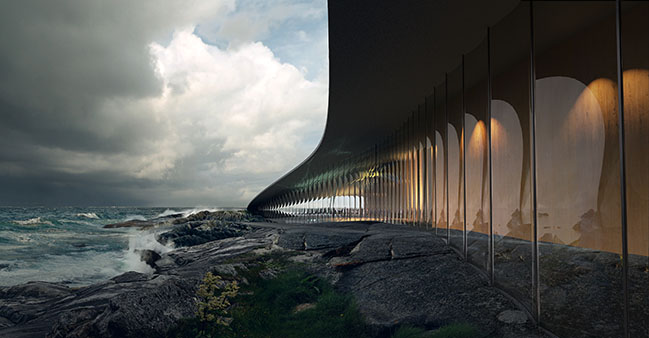 YOU MAY ALSO LIKE:
> The new IKEA building by Dorte Mandrup Arkitekter
> International Antarctic Center by PRACTICA 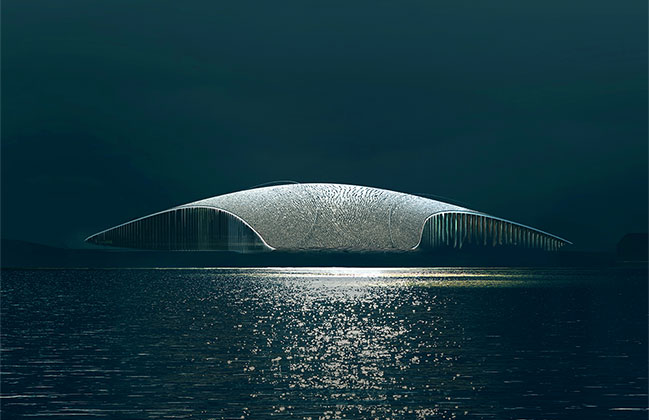